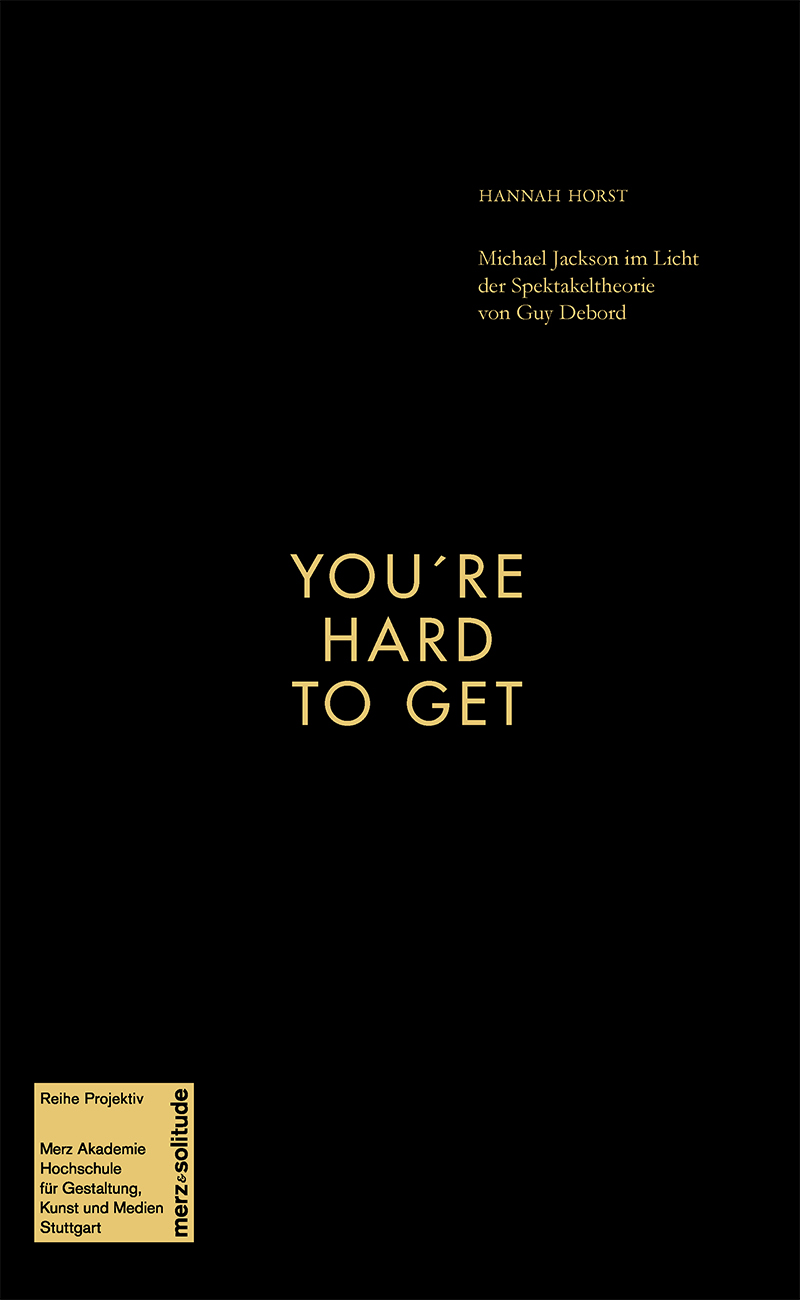 In You’re Hard to Get the designer Hannah Horst confronts two artists with each other, whose works and biographies could not be more different: Michael Jackson, the “King of Pop”, and Guy Debord, the French author, artist and revolutionary. She sees the point of connection of their confrontation in the concept of the spectacle. Jackson, who lost general recognition due to his lifestyle, especially at the end of his career, was a servant of the “society of the spectacle” all his life. Debord being one of its harshest critics. The book offers Jackson, Debord and the spectacle the framework to get in touch with each other in a creative way. Here it is important to the author not to show a finished picture of the protagonists; rather she wants to leave open what the reader associates.

You’re Hard to Get speaks especially to designers whose guiding principle is self-reflected authorship, but it is also equally readable for those who can show empathy for the ultimately tragic figure of Jackson, as well as for those who want to approach Debord from an unfamiliar perspective.