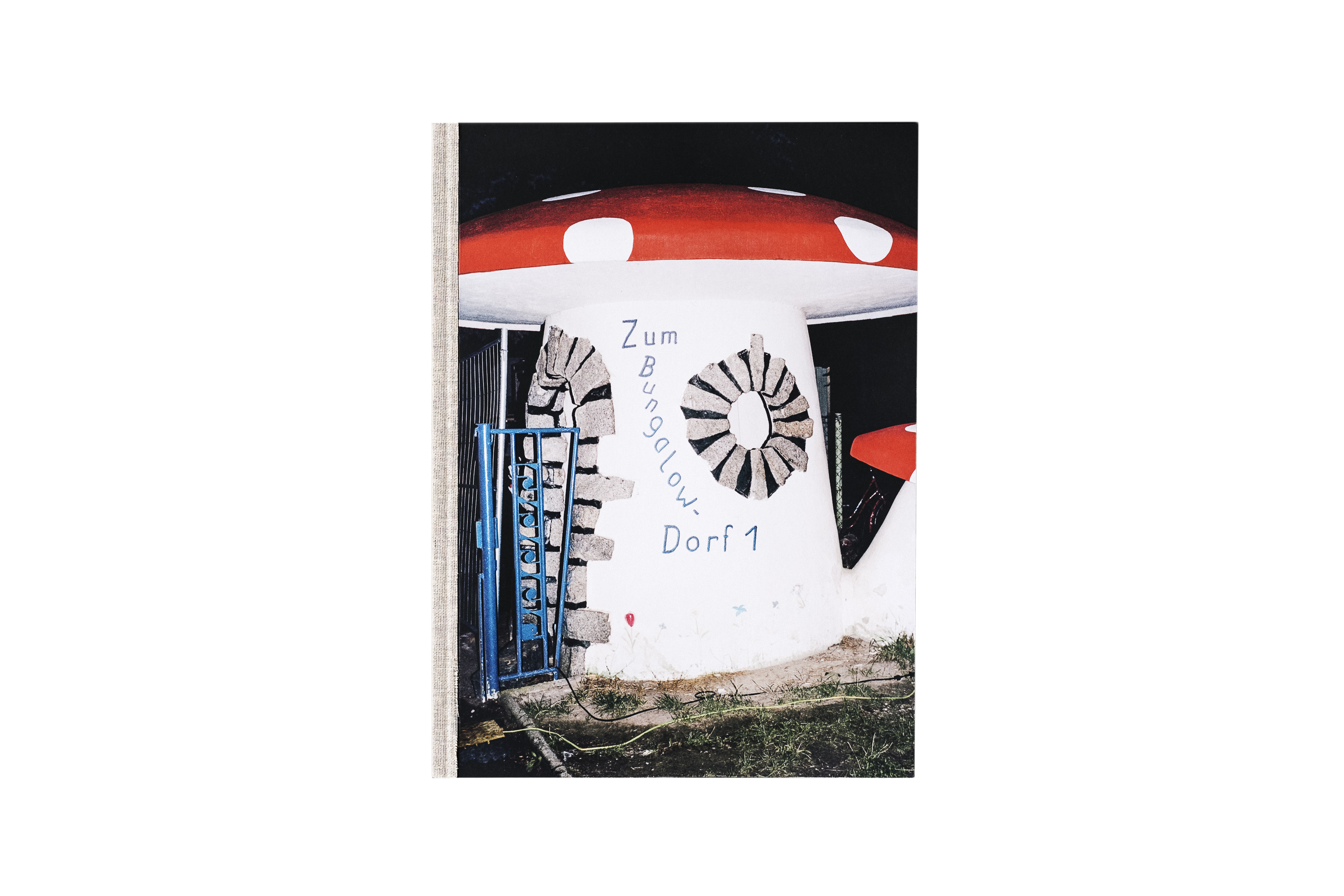 For 22 years, a far-flung corner in the heart of Saxony was the location of the Nachtdigital festival. It was one of the most internationally recognised festivals of the electronic music scene, but at the same time one of the smallest of its kind, with the number of tickets strictly limited to 3000. From 1988 to 2019, fans from all over the world assembled in the tiny Olganitz site – more specifically in Bungalowdorf 1 (Bungalow Village 1) – to dance, to lose themselves and to find a place of retreat.

This recently published collection captures the final four years of the festival in photographs and transports the viewer from the country lane and over stubbled fields to that province in Saxony, so colourfully and beautifully lit up.

Christian Rothe emphasises the suspense that these lights inspire not least by choosing to start the journey to Olganitz in black and white. Nicolas Oxen’s essay Region also provides a narration of the transit, reporting with great authority on the origins and unique features of the Nachtdigital. This is followed by first glimpses of the set-up weeks and the faces of the crew, then the high-spirited stage scenes and quiet peripheries of the party. In addition to these intimate portraits, the images that play with opacity/transparency are particularly striking. Will Lynch adds depth to these impressions with his sensitive reflection on the unique, “slightly surreal” summer days in Olganitz.

What comes next as the narrative reaches 2018 is nothing less than an enrapturing and superbly arranged ecstasy of images. Broken up with short quotations and testimonials, it is not least the sense of loving togetherness and hedonistic enthusiasm of the Nachtdigital actually materialising on the page that inspires the reader to look and to keep turning the page. The rapture of the rave is contagious! In his piece of the same name, Gabriel Geffert reflects on this theme from a culture-theoretical perspective, supplemented with historical knowledge. This ecstasy bridges the gap to 2019, recording in photographs the intensity of the previous summer. Ultimately, this would be the last Nachtdigital – the last technosummer in Bungalowdorf 1. Christian Rothe manages to capture the emotions of this huge farewell party in moving and euphoric images of moments. There is nothing monumental about them, instead they are sensitive and captivating. People are arm-in-arm, enjoying in their own varied ways the final sounds on the packed dancefloor. These images convey the fact that for many people, this was the end of something major. Shortly before the journey home, which wends its way back through the villages and fields in photographs, Franziska Winter’s essay again highlights What Remains once the echoes of the last set have faded away.

This volume is an analogue and emotional storage disc. The photos on its 268 pages contain a remembrance of the singular days and nights of the festival, the euphoria, the dust and lustre of midsummer Olganitz. It reflects the Nachtdigital not just in content but also in form by staying loyal to the festival’s noncommercial credo. “I always felt that for the aeendees and the crew, Nachtdigital was this one weekend a year – a place they longed for, the memories of which they carried with them all year, drawing them back. Friendship, ecstasy, freedom, musical infatuation... I am both overjoyed and grateful that we have been able to realise this book project together, and above all, to do so in such an uncompromising way,“ says Christian Rothe. – Christian Rothe, born in 1986, studied Visual Communication at the Bauhaus-Universität Weimar, graduating in 2014 with his thesis, Weil er er war, weil ich ich war (Because he was him, because I was me). Since then, he has been working as a photographer and graphic designer on independent and commercial projects. In 2015, the book version of his thesis was included in the Stiiung Buchkunst’s “best German book design” list. ZUM BUNGALOWDORF 1 is his second book to be published as a photographer.