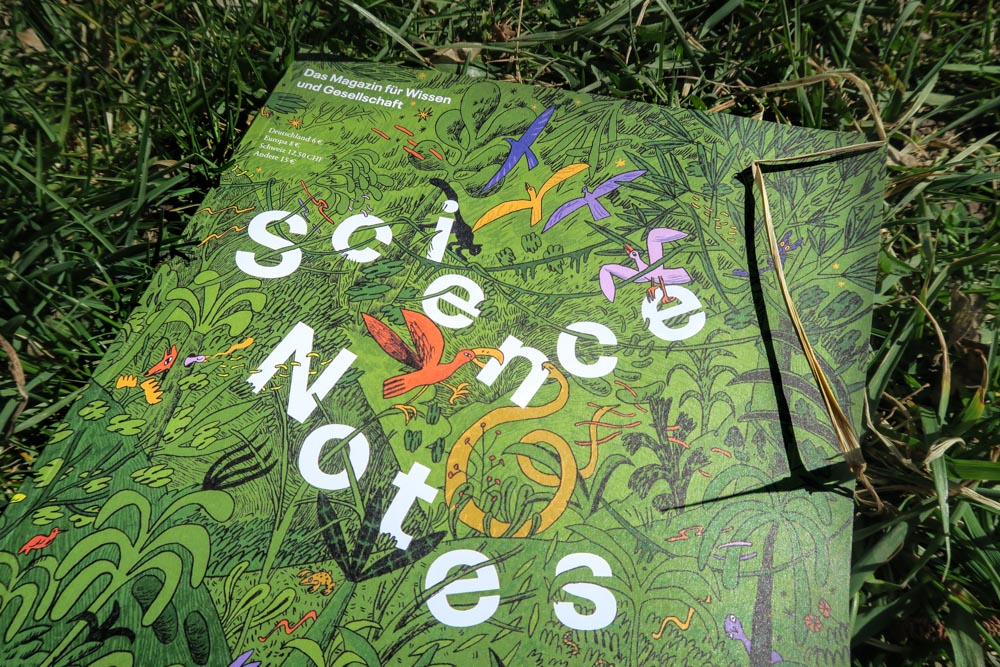 We are happy to present you the sixth issue of the Science Notes Magazin—Das Magazin für Wissen und Gesellschaft.

Science Notes Magazin is “The Magazine for Science and Society,” as the subtitle translates. Which summarizes the magazine’s mission quite nicely: It wants to present science as an integral part of modern societies, as both inspired by and beneficial for these societies. Many science magazines concentrate on showing mere scientific outcomes, either with some kind of educational purpose or simply for entertainment. Science Notes Magazin wants to tell the whole story, however: It wants to report on the (long and often bumpy) processes that lead (or do not lead) to scientific results; it wants to show the people behind these processes and their ideas, ideals, and motivation. It wants to let readers take part in science and get a feeling for how scientists work and what science can do—and also, equally important, what science cannot do.

With this more holistic approach, they also want the graphic design to be an integral part of science communication. The magazine wants to experiment with photography, illustration, and art as means to communicate science—and wants to give photographers, illustrators, and artists the possibility to develop their own visions in this respect. Each issue of Science Notes Magazin is monothematic. The sixth issue was published on April 1st, 2021, dealing with “Wilderness.” Together with Illustrator Janik Söllner, Art Director Sandra Teschow has designed the magazine. Janik has provided each page with a colorful variety of illustrations—a true wilderness that romps about from cover to cover. 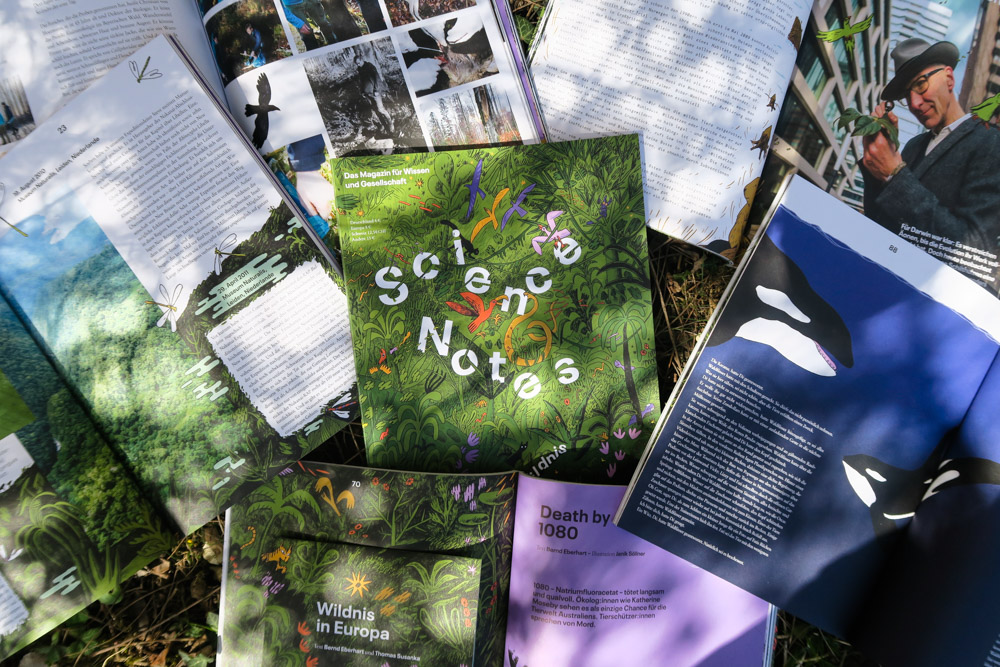 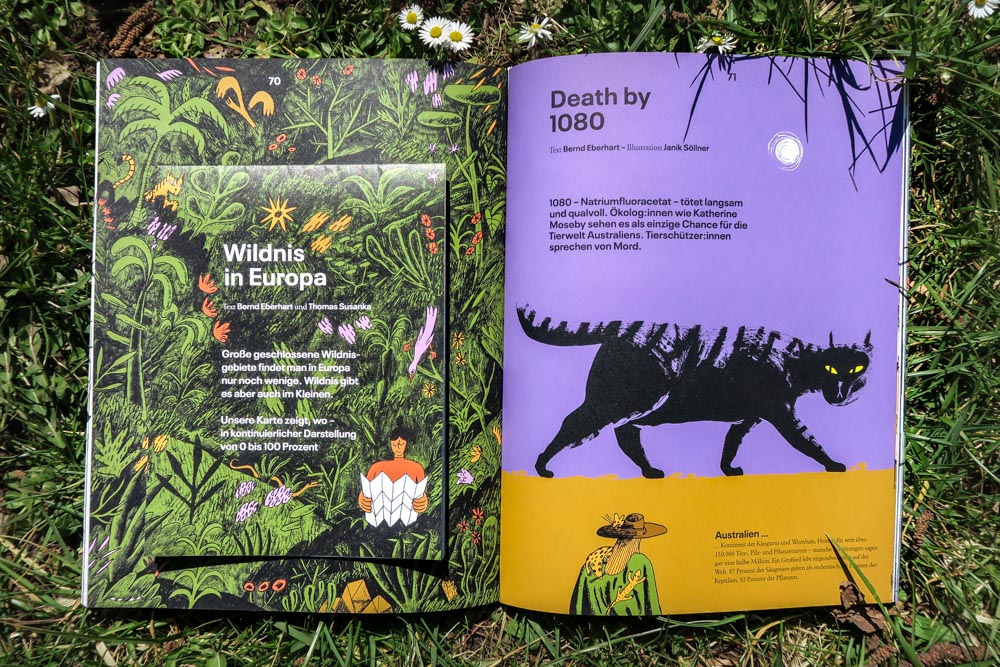 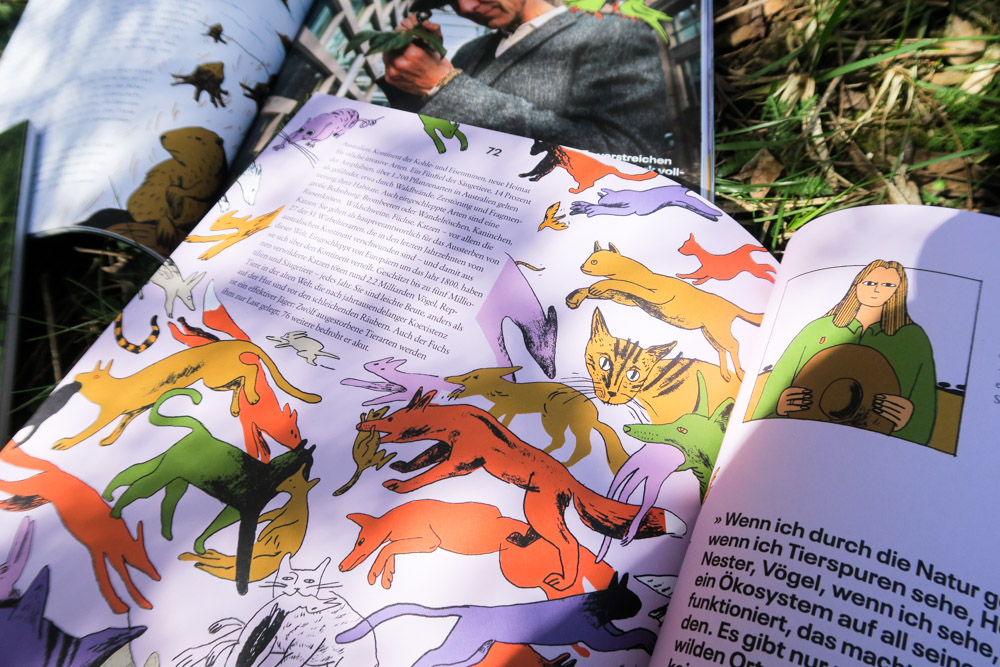 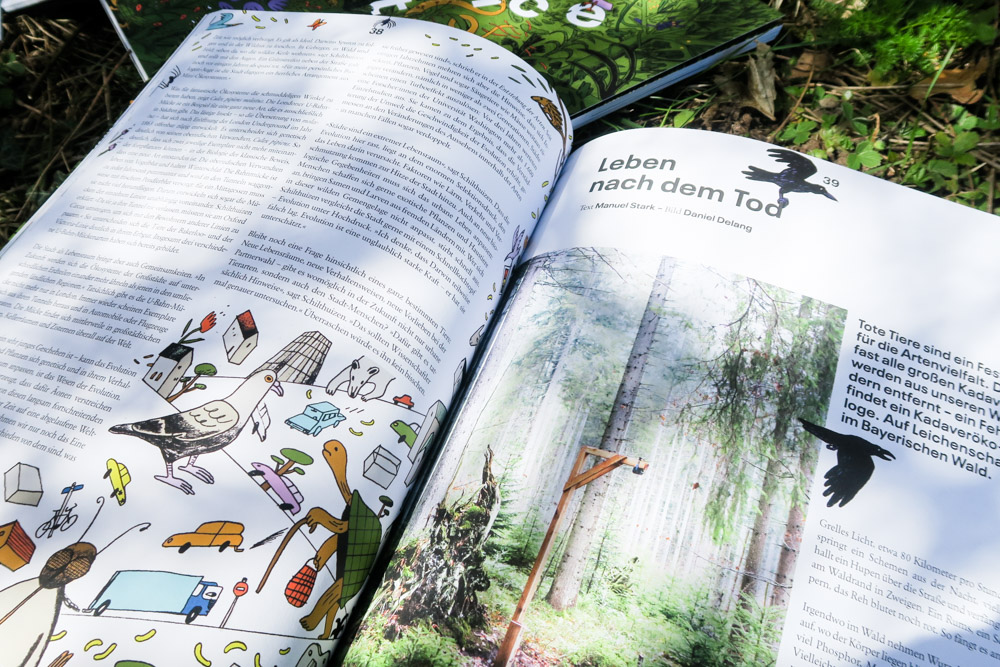 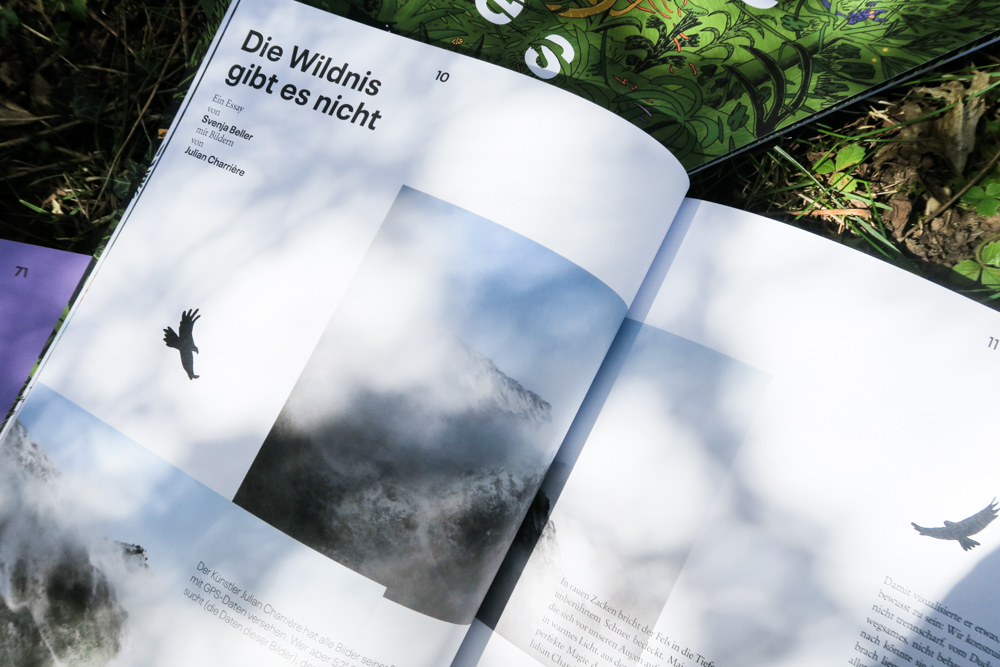 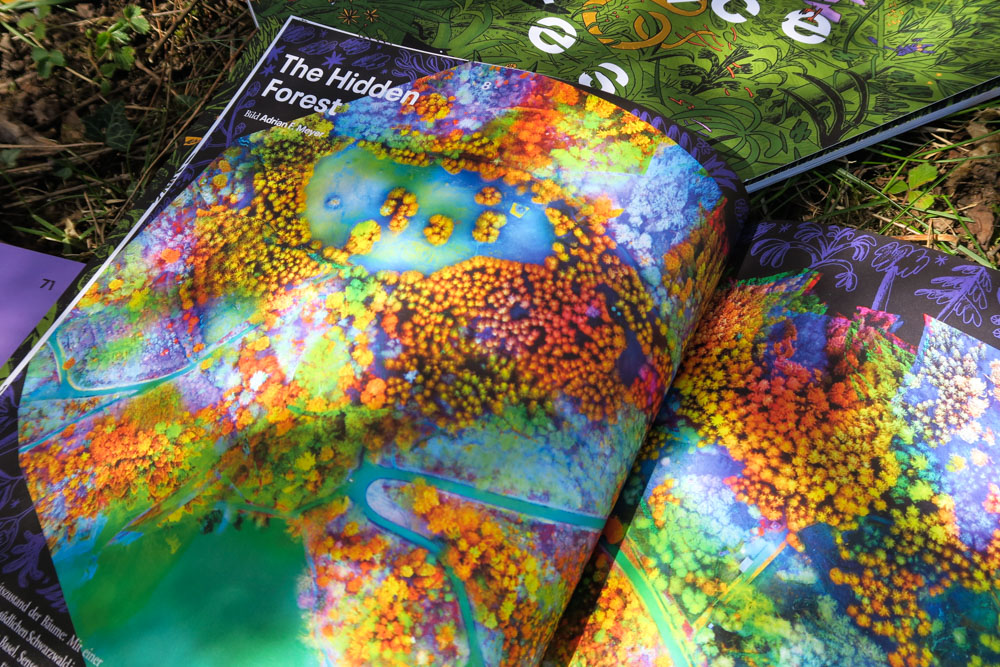 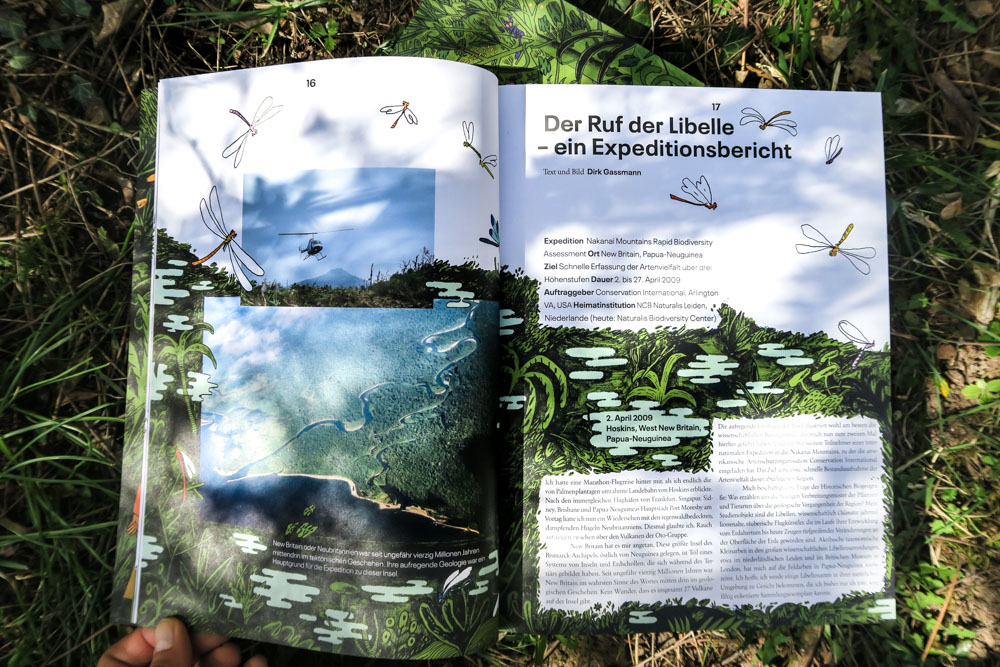 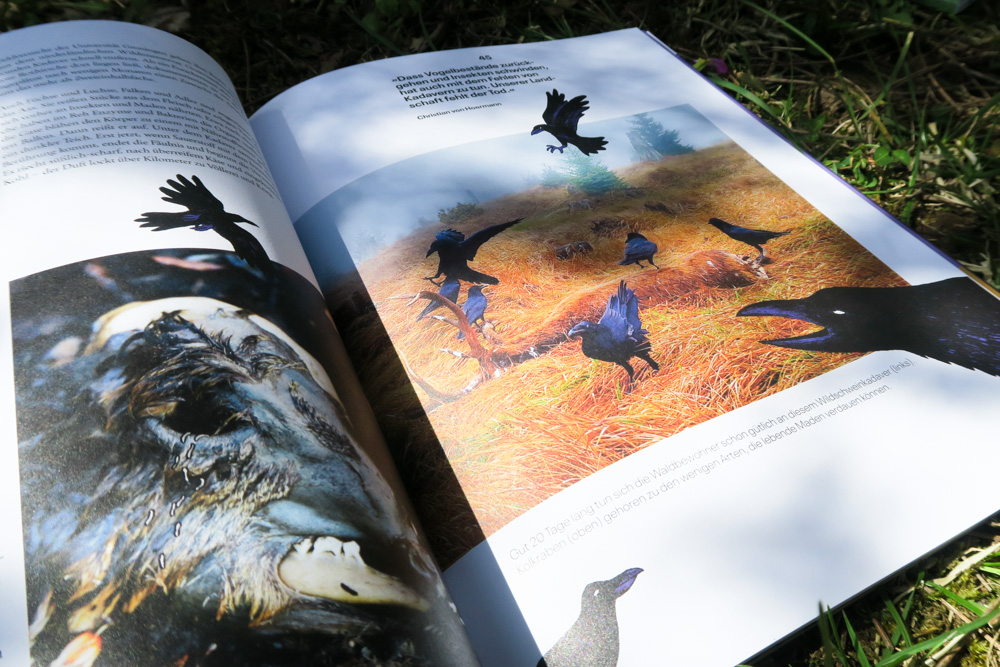 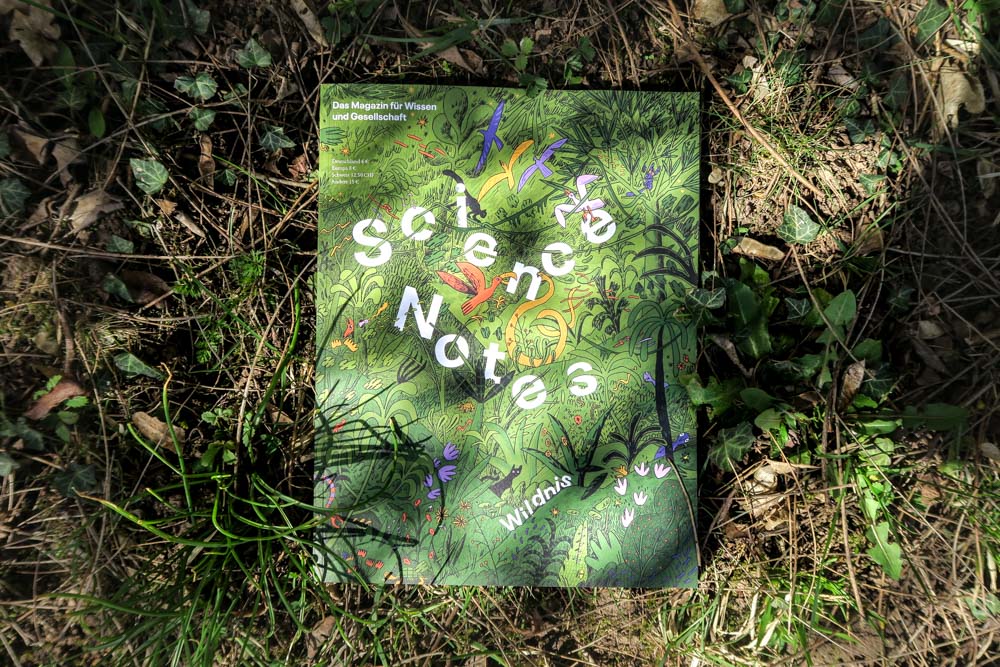