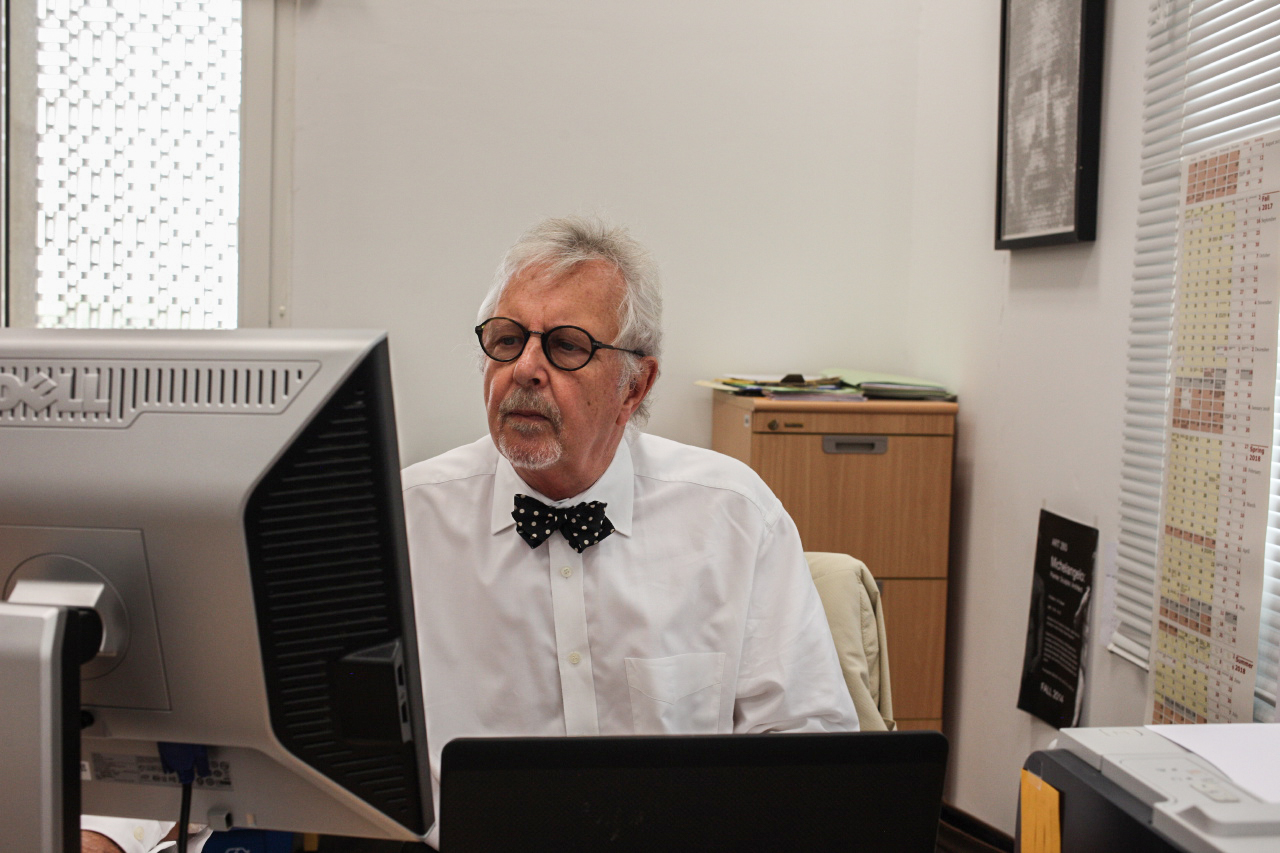 Born and schooled in Germany, Martin Giesen studied Art History at Heidelberg University. After interning at the Metropolitan Museum of Art in New York and completing a PhD, Giesen entered into a career of university teaching. He has taught in Lebanon, Saudi Arabia, Canada, and most recently in the UAE where he was founding dean of the School of Architecture & Design at the American University of Sharjah.