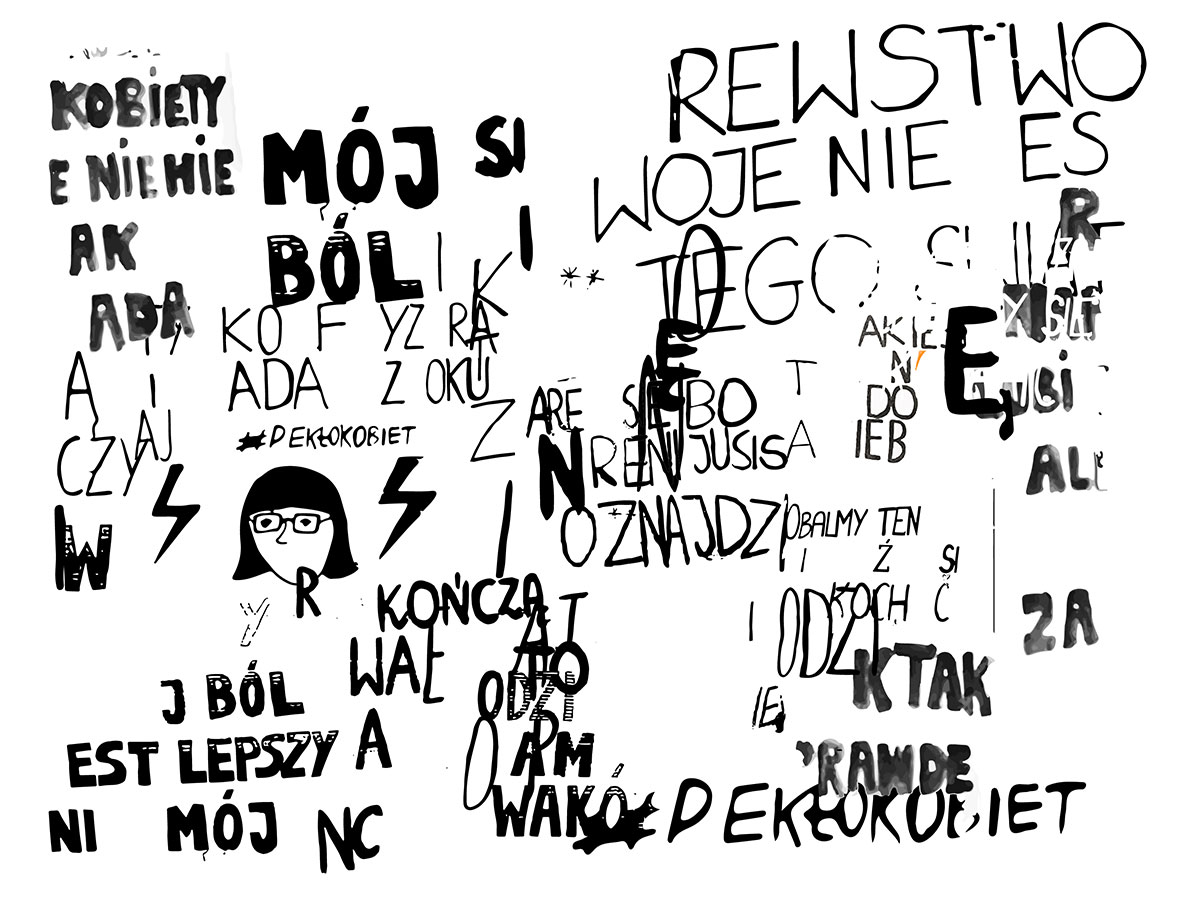 Last week in Poland, the street protests lived to see their own typeface. On Friday people all over the world followed the banners appearing on protests in Poland with fascination. The posters and banners, that appeared to mark the protests of the women’s strike in many polish cities from the turn of October and November 2020, triggered a storm, also visually. Inspired by slogans, the graphic designer Michał Berger digitalized letters from handwritten strike banners and designed the font STRAJK. It is a typeface inspired by protests against tightening the anti-abortion law.

The slogans written spontaneously on cardboard and sheets of paper seemed to be honest, while supporting at the same time direct and strongly an important message—the rejection of Poland’s new abortion ruling. “Recently I felt like writing something about handmade banners for protests and women’s strikes. Not from a political perspective, but from the perspective of a designer, a creator. I am impressed by human creativity and often a cool sense of humor. Although I look at these cardboard banners and boards, I know that one hour of art in school is definitely not enough.” says Michał Berger.

Instead of analyzing, however, the creative director of the polish design agency BERGERCHOJNACKI and graduate of the Academy of Fine Arts in Łódź, treated the phenomenon creatively and turned it into his own project. From the visual storm he chose the most characteristic letters and arranged the alphabet from them. They are curved and irregular, sometimes not written correctly, but at the same time bold and devoid of complexes. And what is most important: strong and striking. For the time being, STRAJK is a rather truncated version, but the author announces that he will develop it in subsequent versions adding more letters and characters.

STRAJK is available for free download, so that it can serve everyone, not only in protests. Michał Berger writes shortly about his font: “A little bit dull, but very real.” 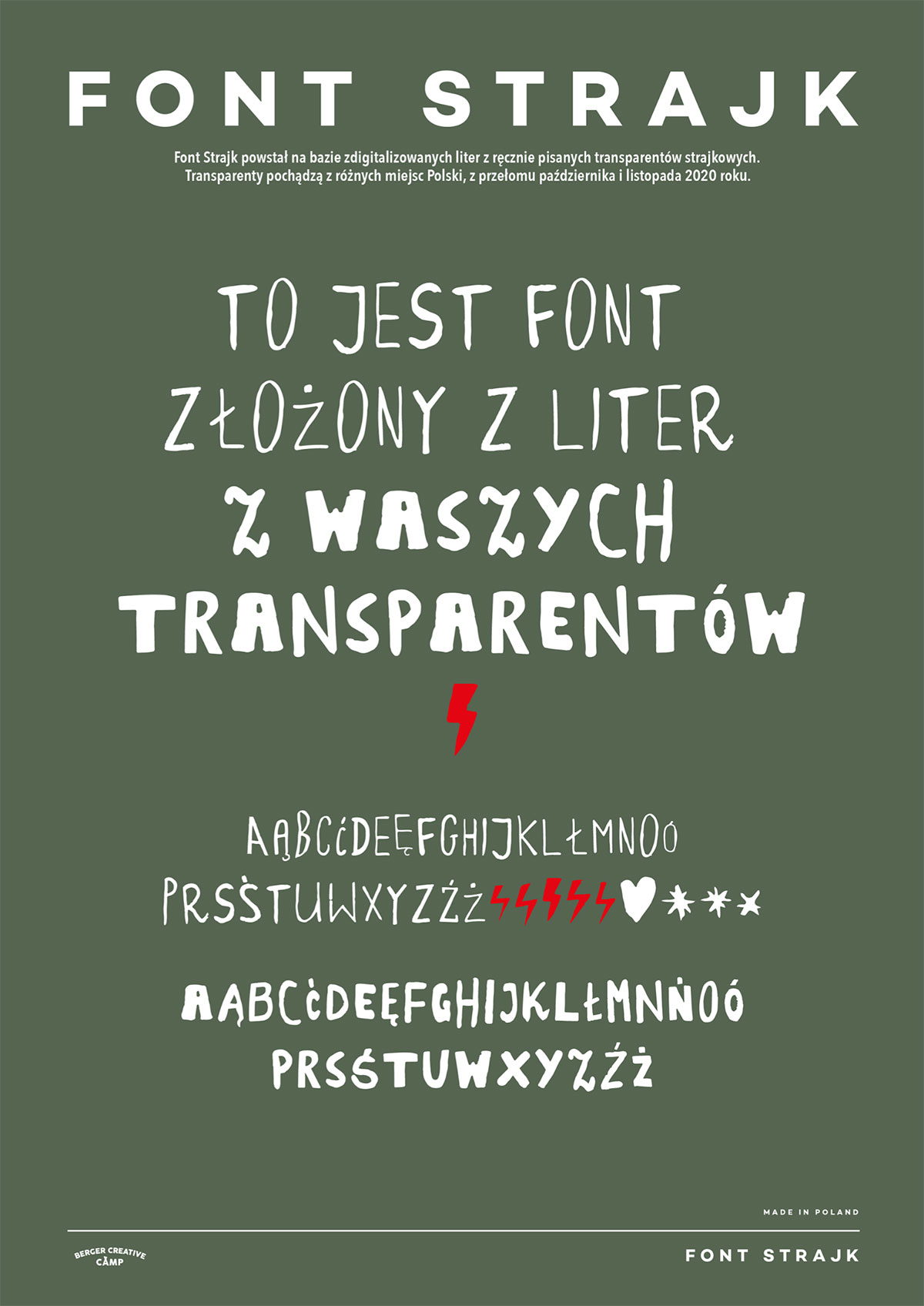 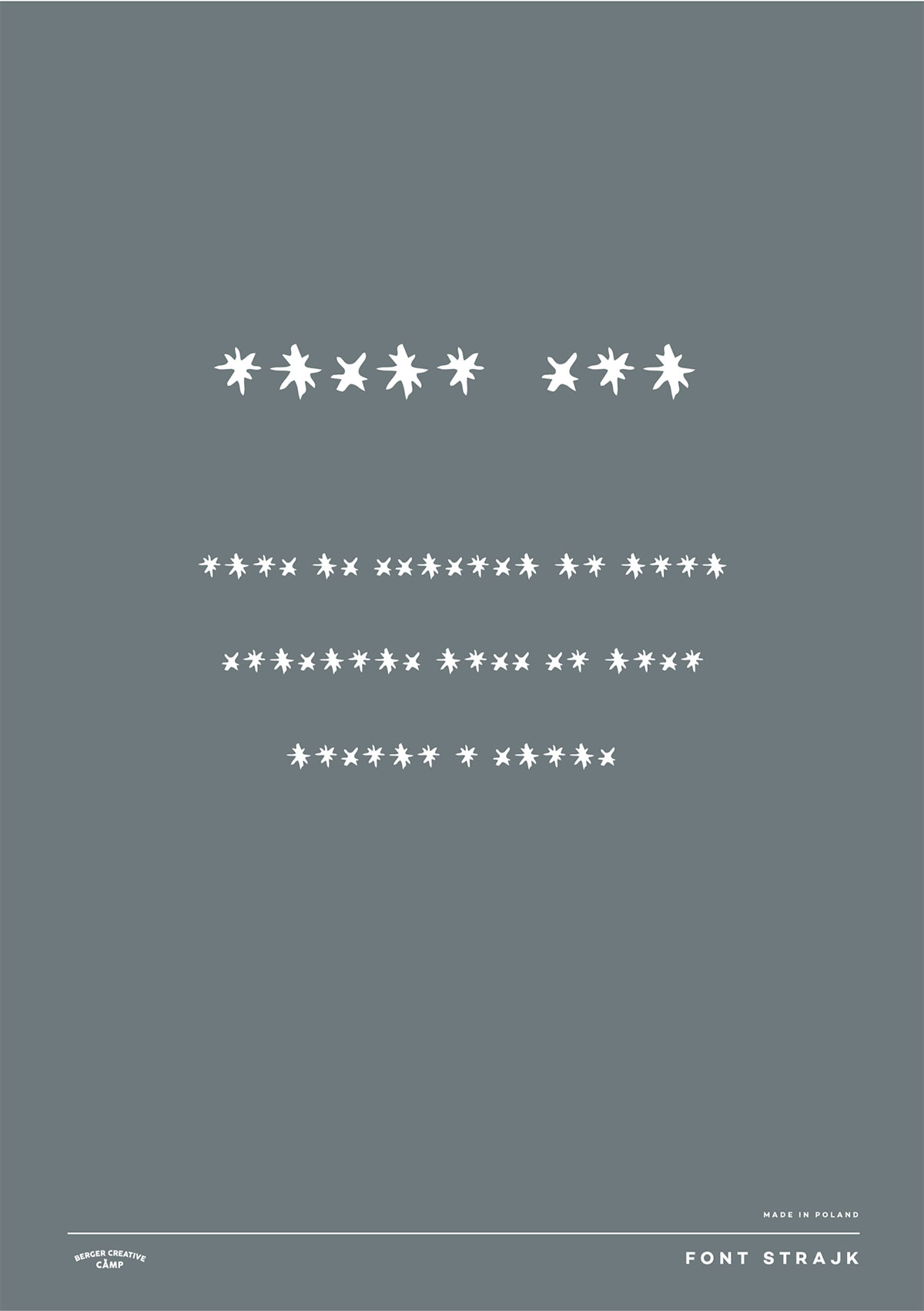 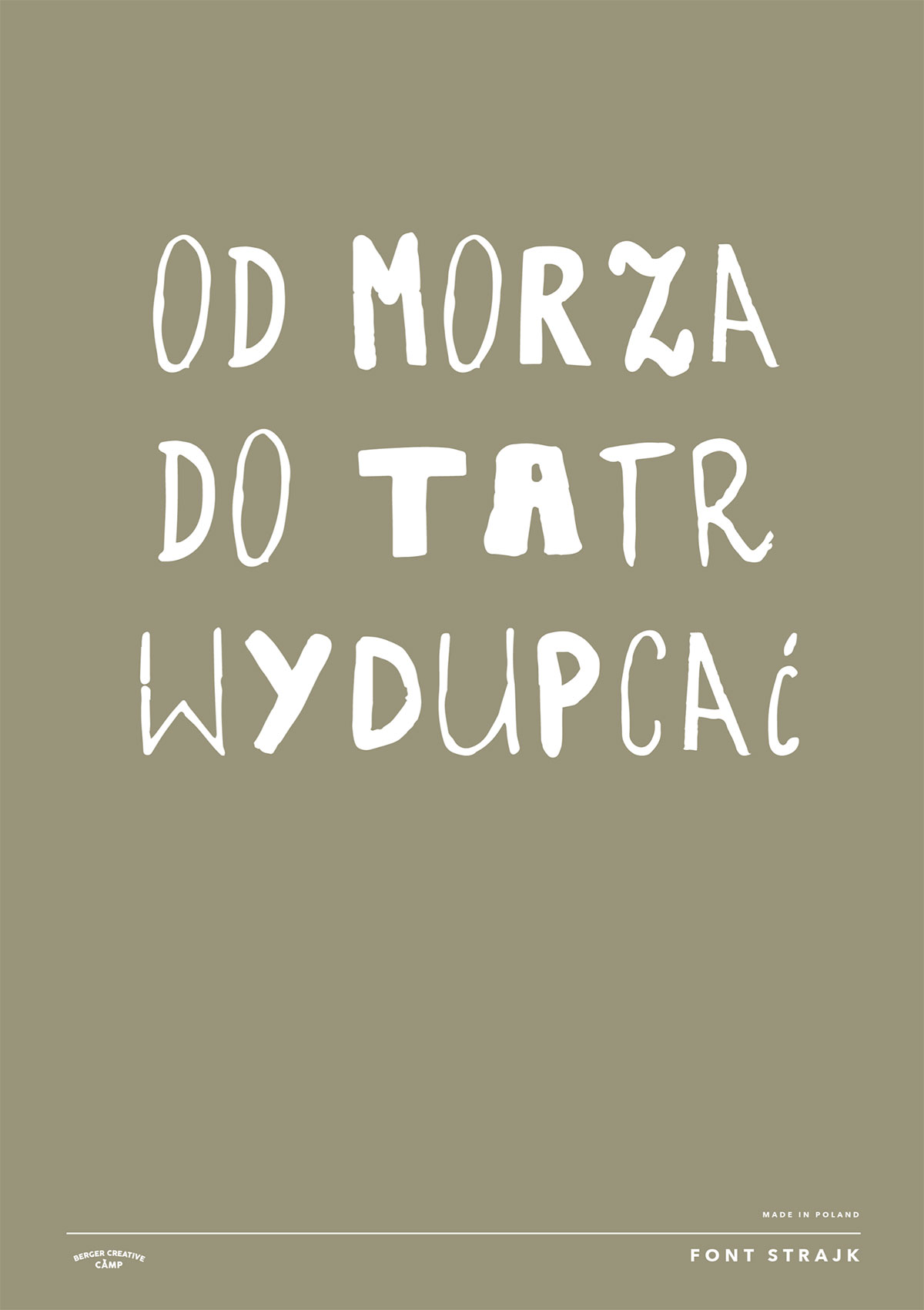 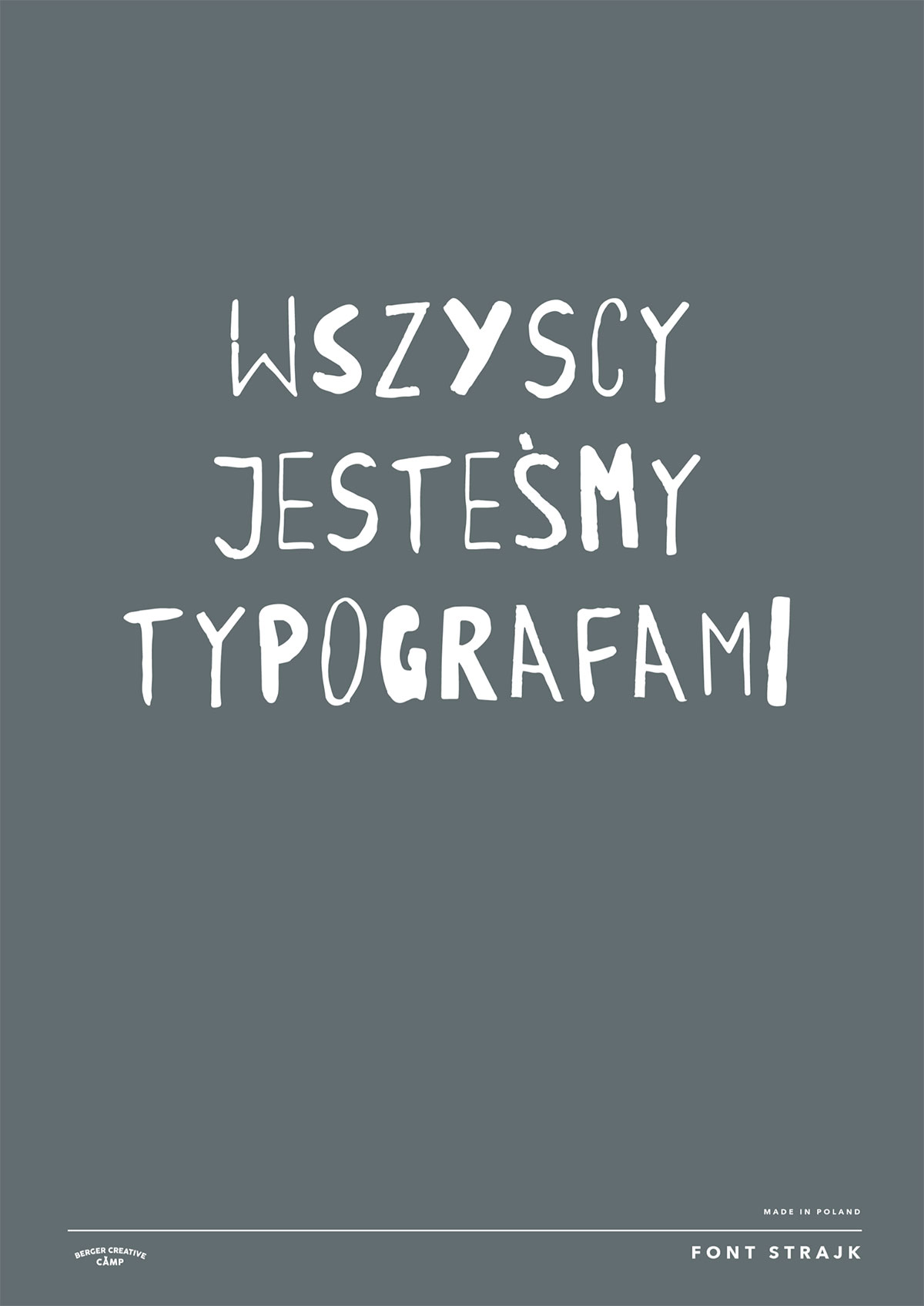 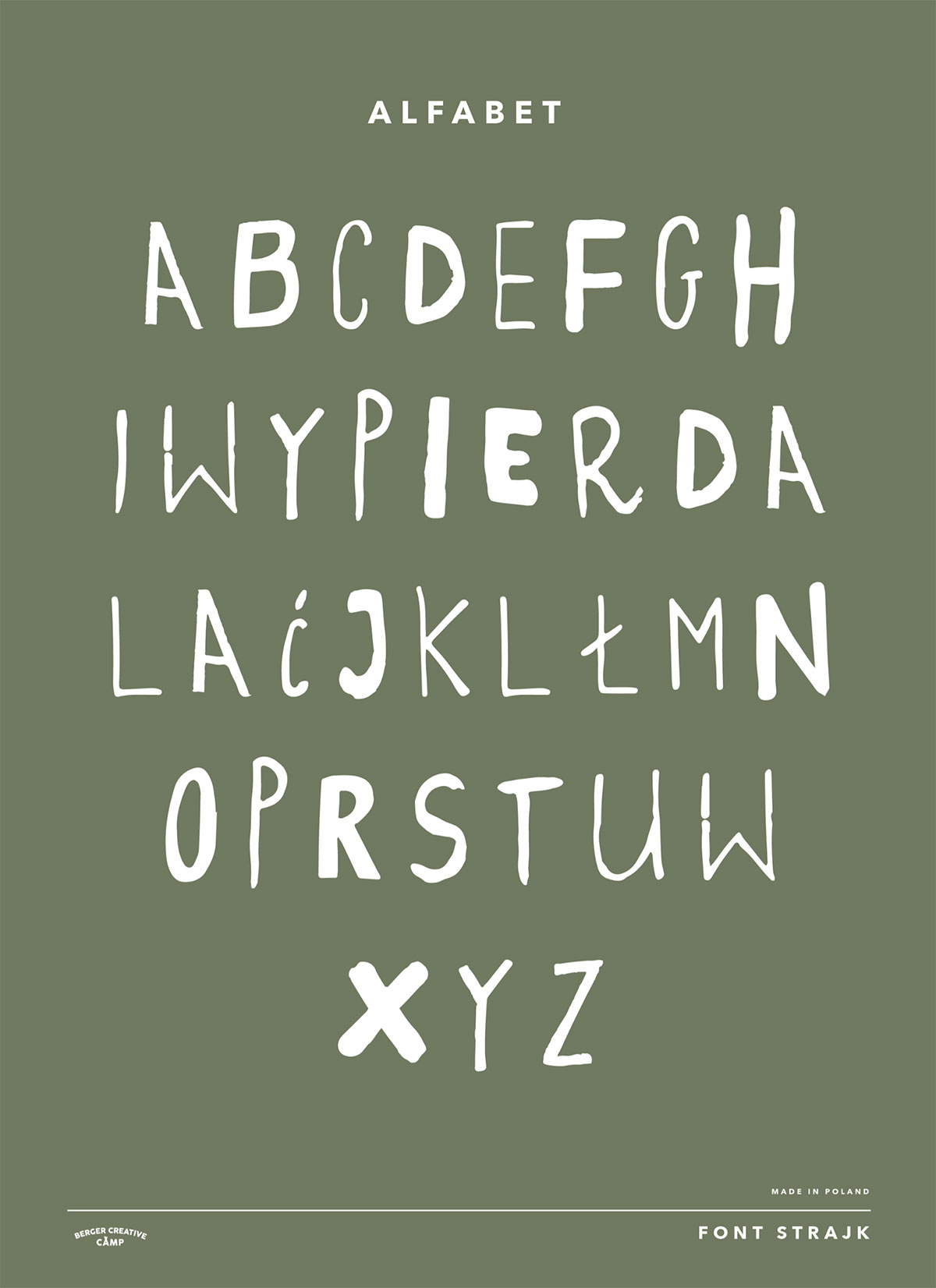 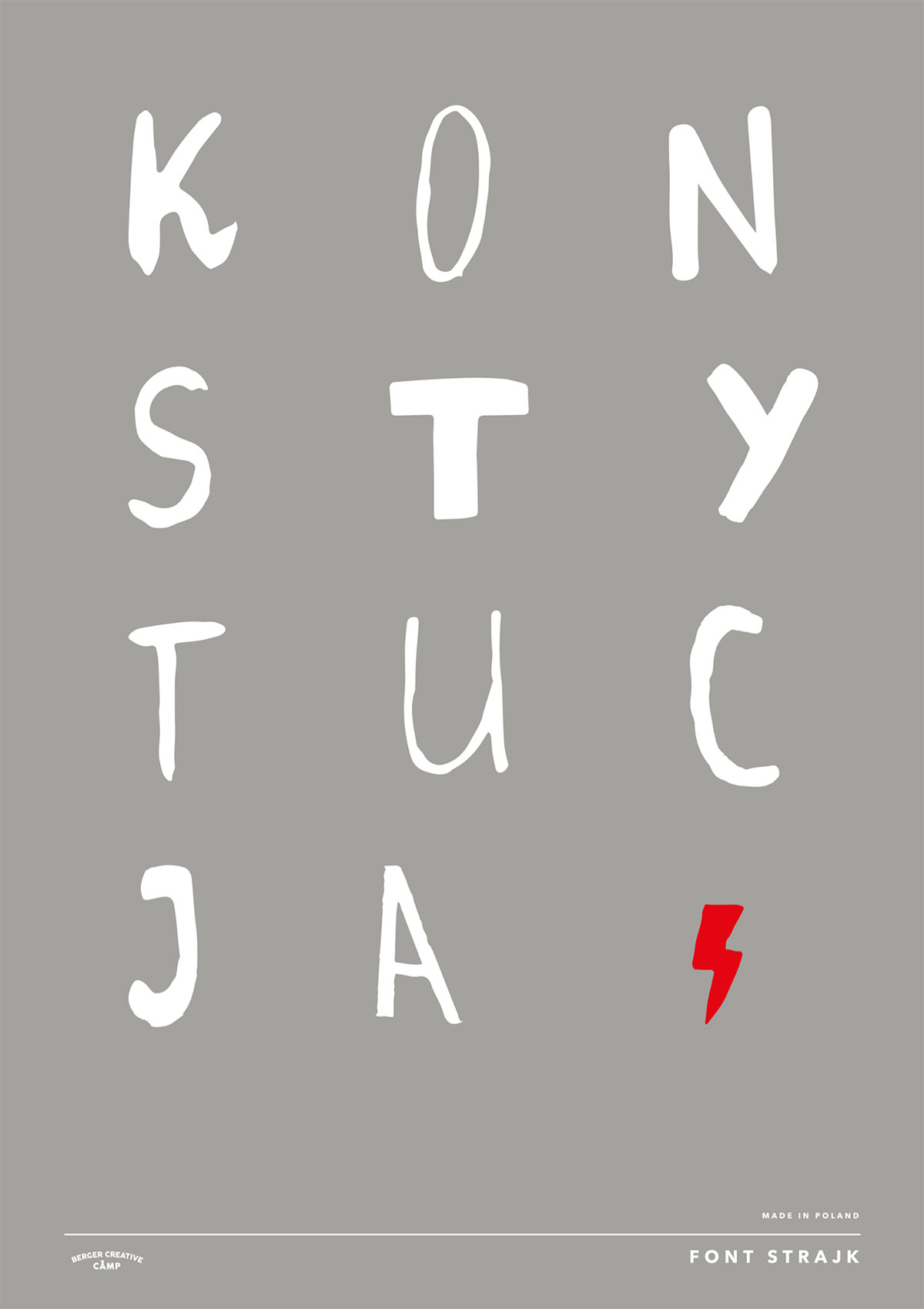 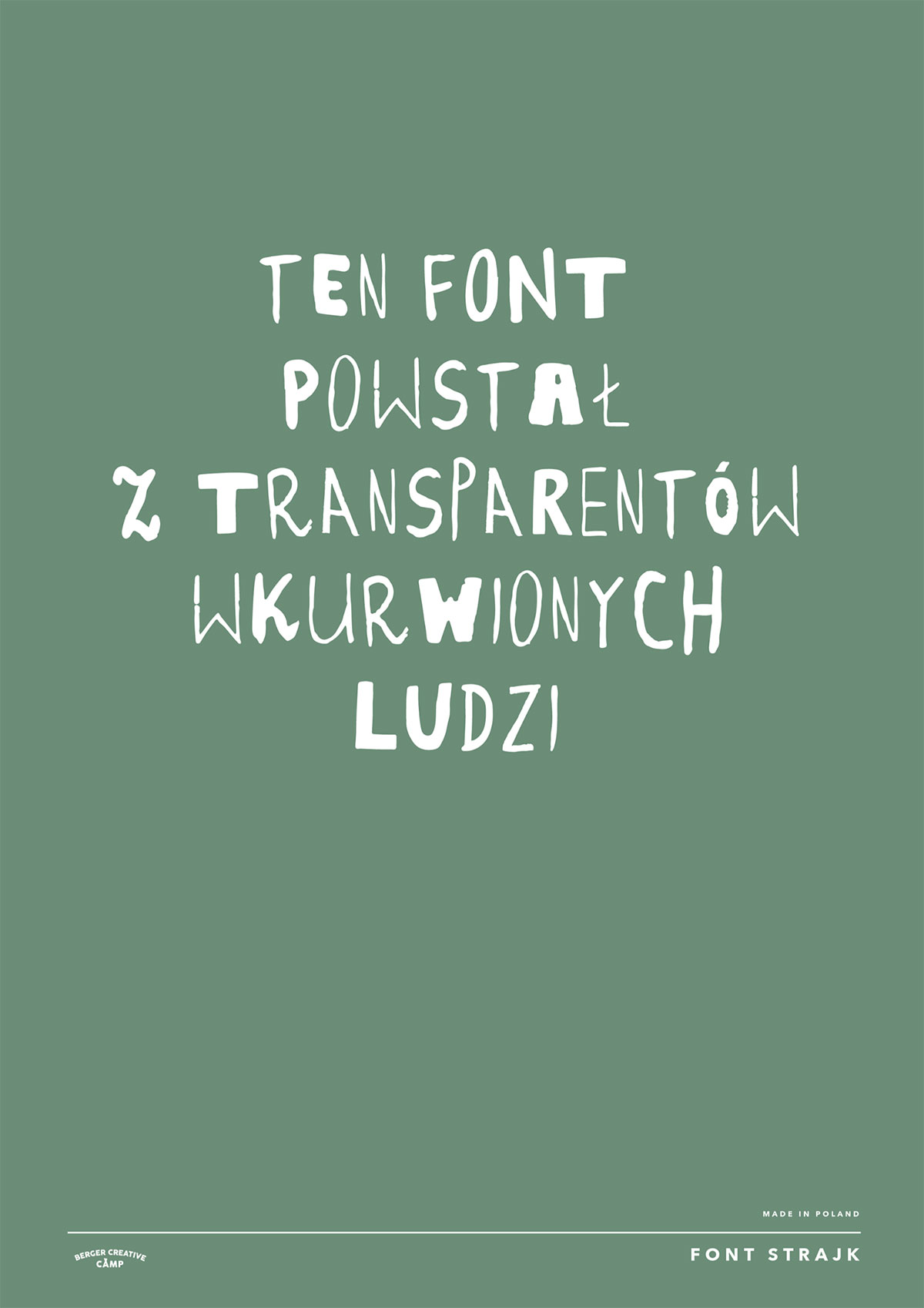 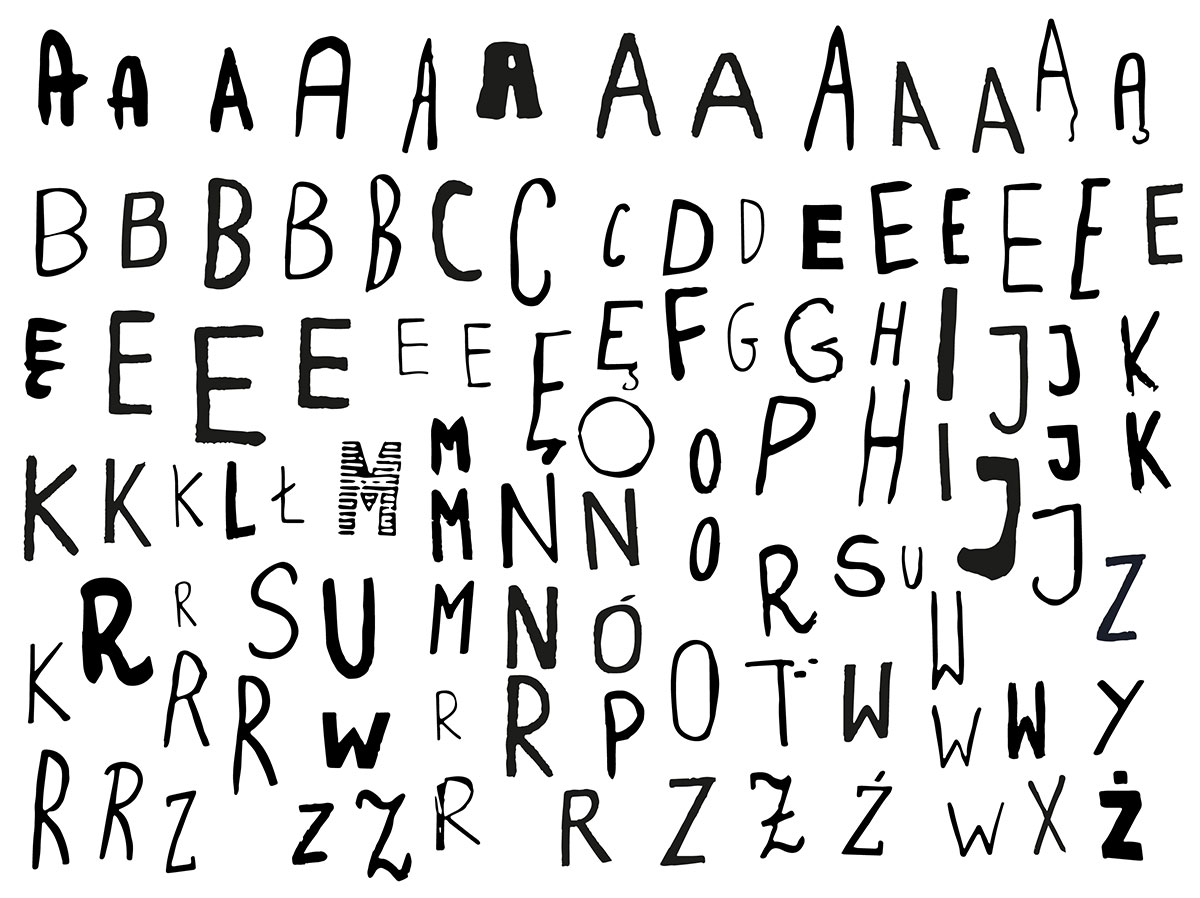 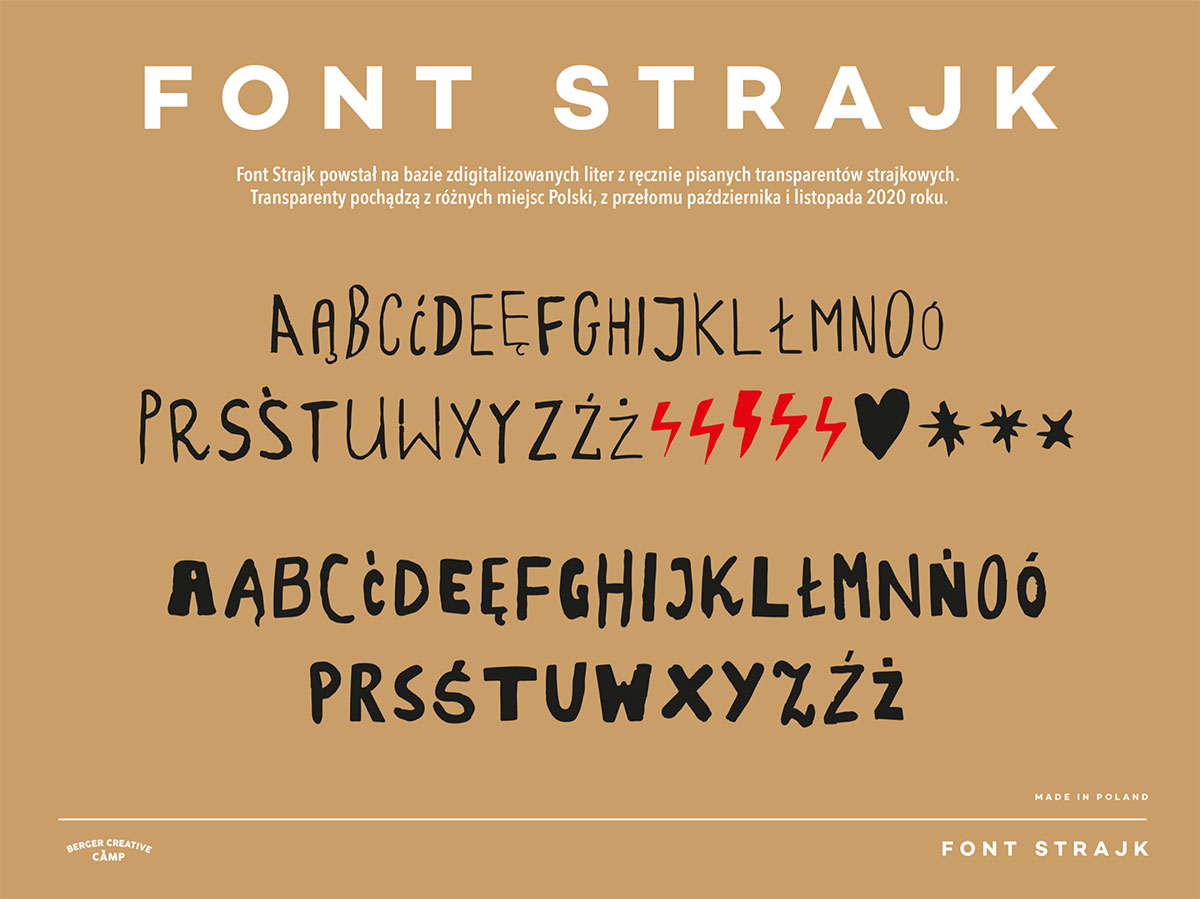