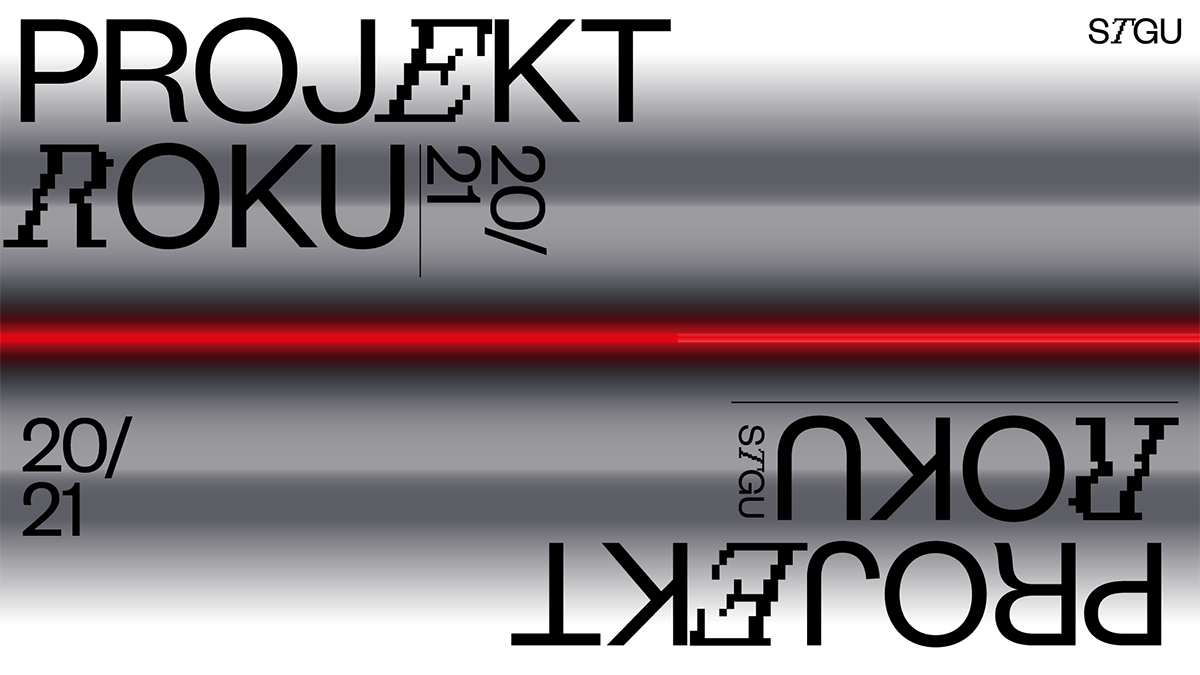 The Results of the Polish Design Contest

The winners of Poland’s graphic design competition The Design of the Year 20/21, were awarded at a gala in December, 2021. Now it is time to present the results.

Design of the Year is the first graphic design competition in Poland that goes beyond the aesthetic evaluation, reflecting on the functions of design and the social responsibility of the creators. Established in 2010, the competition analyzes the most ground-breaking projects by graphic designers in Poland and promotes values ​​close to the Association of Applied Graphic Designers.

Project of the Year does not want to undertake simply the aesthetic evaluation of projects. They want the process of acquiring projects, which are then discussed at the jury’s deliberations, to notice the wider context of their creation and diagnose trends in the category of commercial graphics. As part of the competition, they try to consider the nominated projects on several levels, often confronting works that fall into various formal categories.

This year, the guest on the stage of the Project of the Year Gala was also the AMS Poster Gallery, which awarded prizes to the winners of the 22nd edition of the competition. Awards in the competition were presented to: Liliia Drahomaretska, Łukasz Mesjasz, Katarzyna Nachman, Julia Sikorska, and Wiktoria Wojnarowska. The winners of the main prize was Anna Parada.

The main prize for the Design of the Year and the Studio/Designer of the Year title went to UVMW. The winning design of the wayfinding system for the new headquarters of the State Music School Complex No. 1 in Warsaw and the victory and distinction in the FORM category, and three projects among the nominations are works that cannot be ignored. For many years, UVMW has been building its brand in the field of design offices that boldly enter into relationships with large brands, and then carry out a smaller, but open-ended project for cultural institutions or small businesses.

The Special Award went to Jadwiga Tryzno and the Book Art Museum in Łódź for creating a place where the passion for graphic design and typography can run wild and fly away. The winner of the Form category was the UVMW studio for the labeling system for the new headquarters of the Complex of State Music Schools No. 1 in Warsaw. Distinctions went to Uniforma for the visual identity design of the Short Waves Festival 2021 and to UVMW for the graphic identification of the Mikrogorzelnia. The Idea category brought an award to the project Brutal Poland by Zupagrafika. The distinction was awarded to Patryk Hardziej and Ada Zielińska for the visual identity of the Gdynia Design Days ’21 festival. Two prizes were awarded in the category Design for public institutions: the Baka/Podolak duo for the Planet Lem visual identity project and Aleksander Znosko Studio for the Time is Love project. The visual language project Trouble in Paradise by Kuba Maria Mazurkiewicz was selected for a distinction. The jury decided not to award the main prize in the Environmentally Friendly Design category. Only a distinction was awarded—it was presented to Kasia Walentynowicz for the memory games With a visit to the water (…) and With a visit to the forest (…). The prize in the category Social Impact was not awarded, but the visual identification of the exhibition Extinction claims by Gabriela Baka was distinguished. The awards in the fresh blood category went to Antoni Kwiatkowski for the Adapt Typeface typeface design and to Maria Smaga for the HELP application design. The works selected for distinction include the publications: New “sacred” symbols by Natalia Gil and the conceptual project RED CUBE Expect the unexpected by Paloma Kałuzińska.

Find out more about the contest on the website, watch the gala video, and have a look on the publication for the contest. 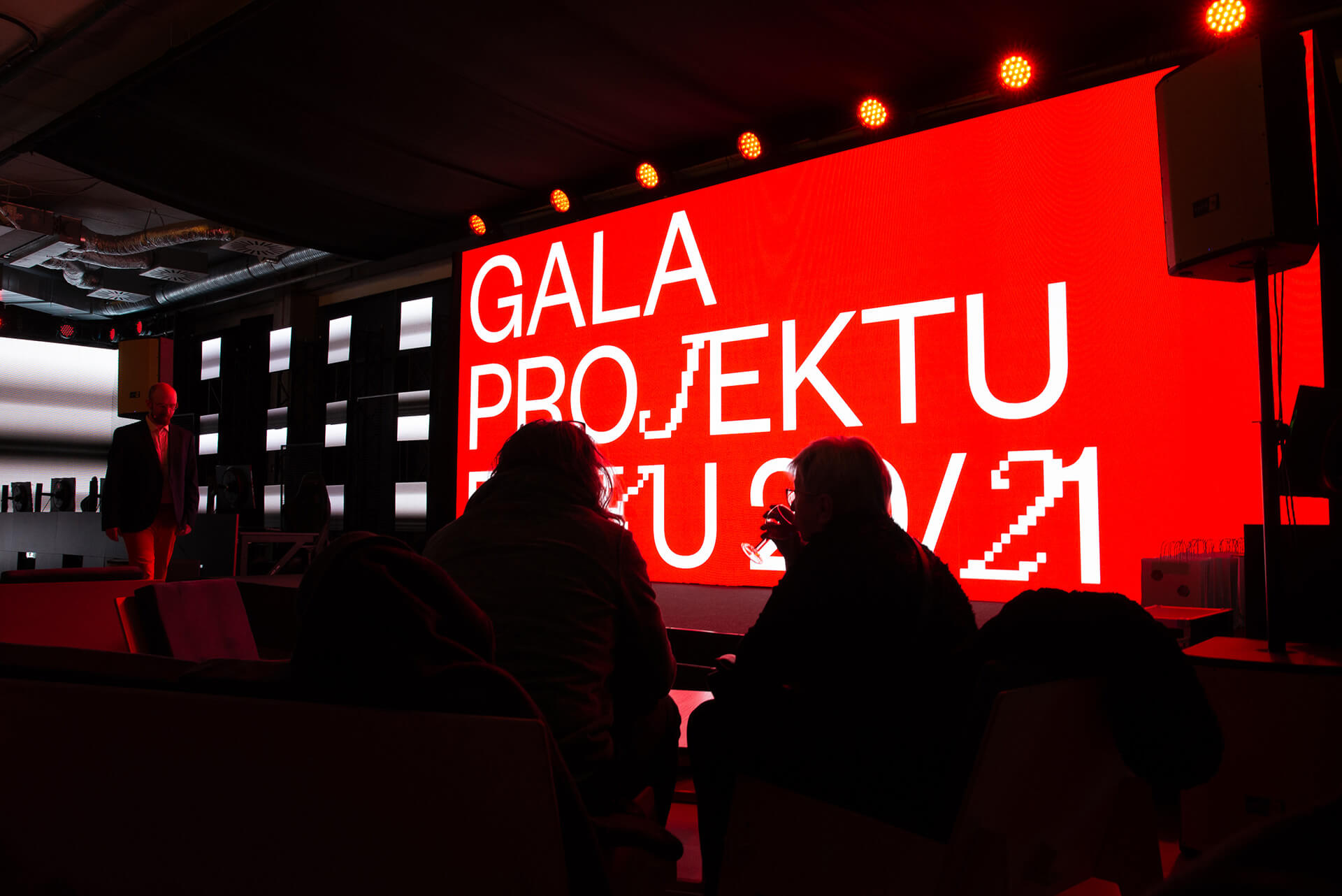 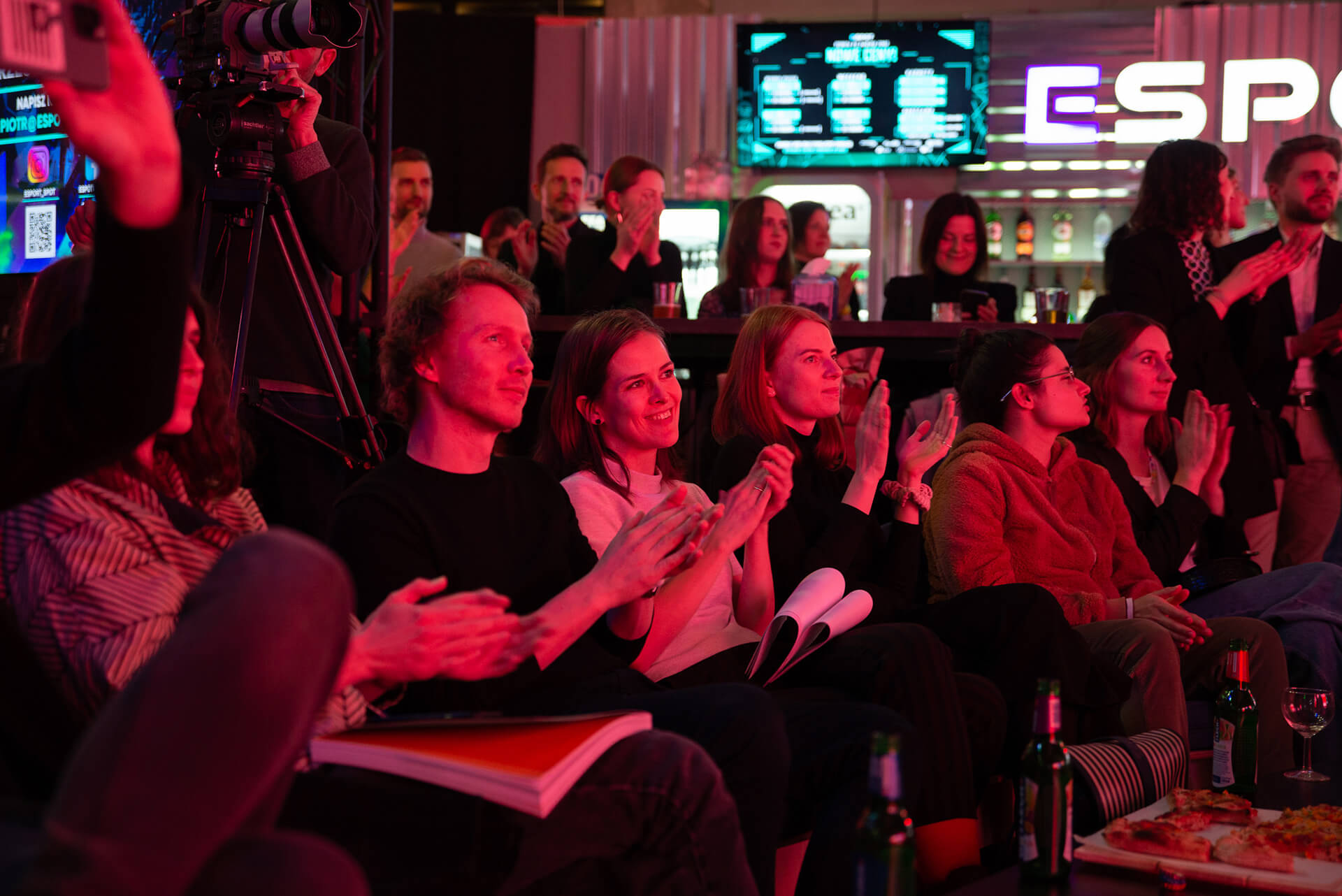 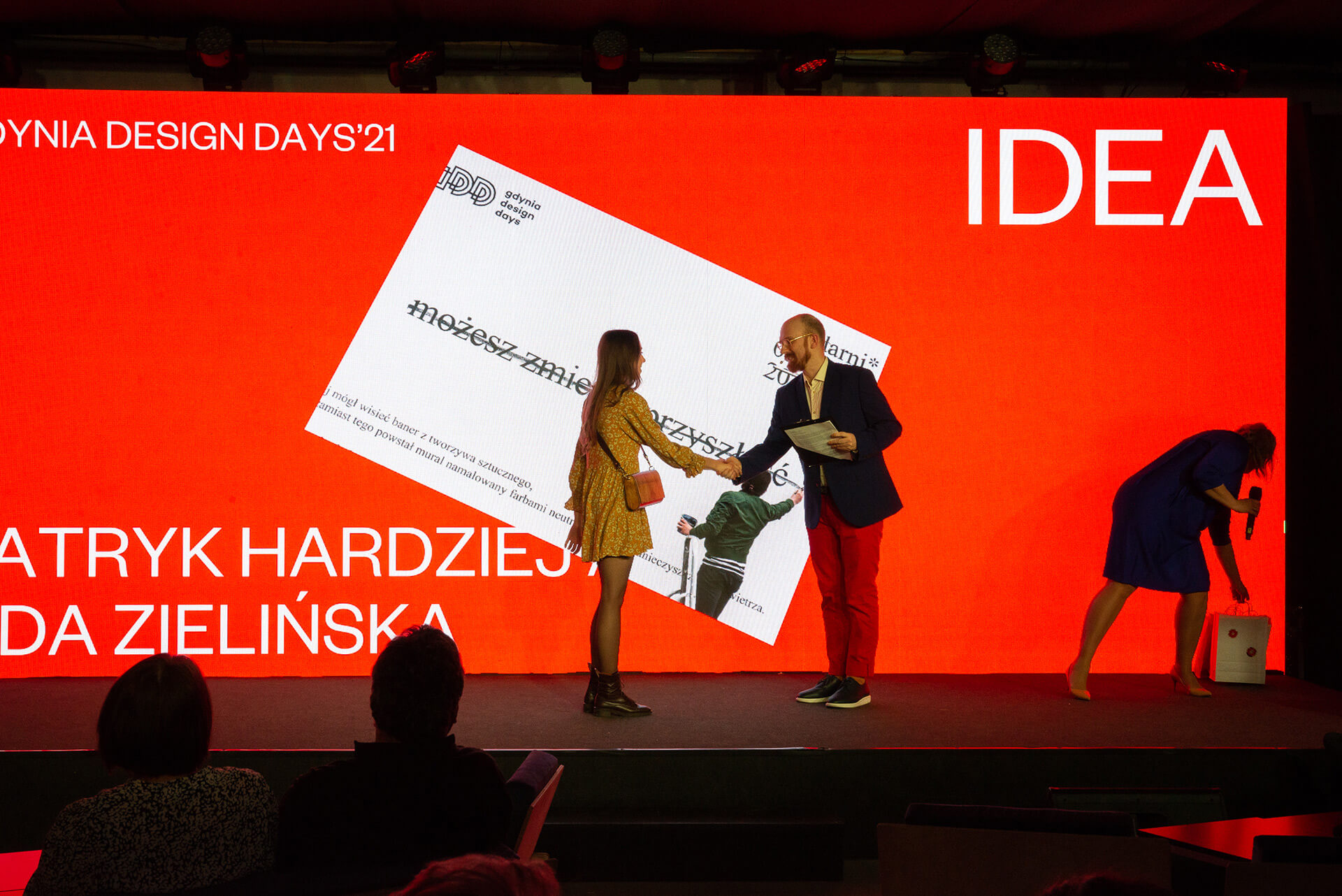 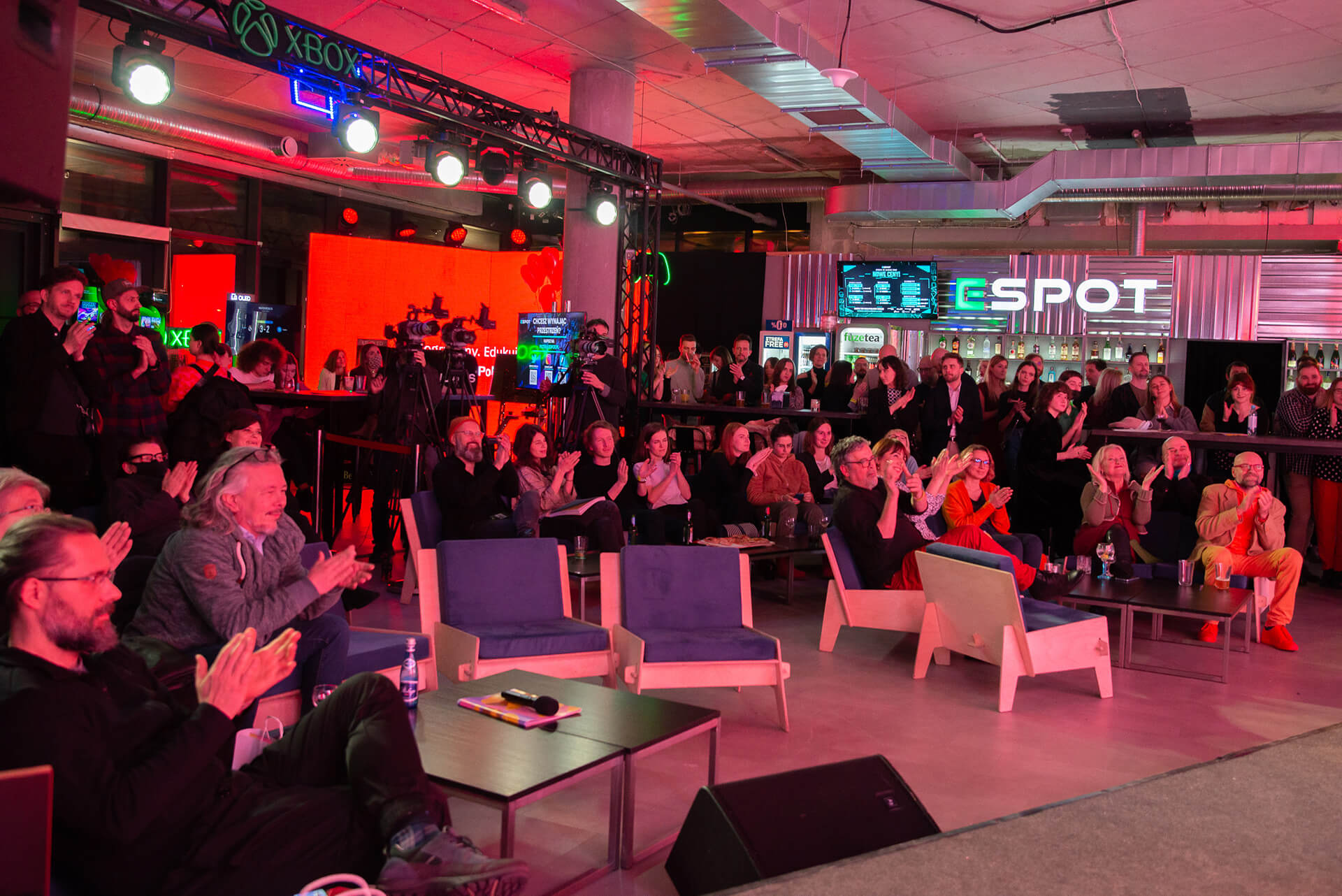 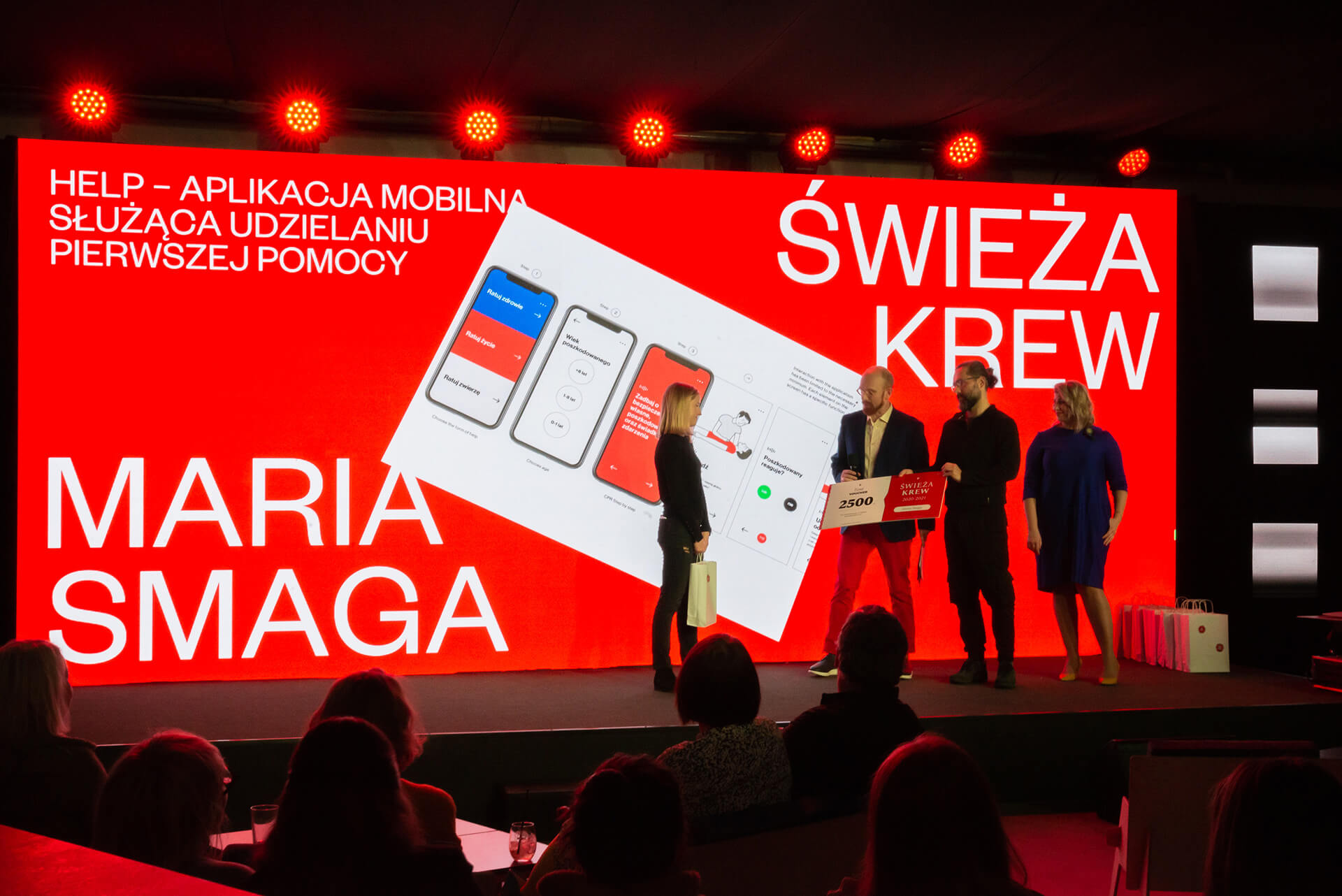