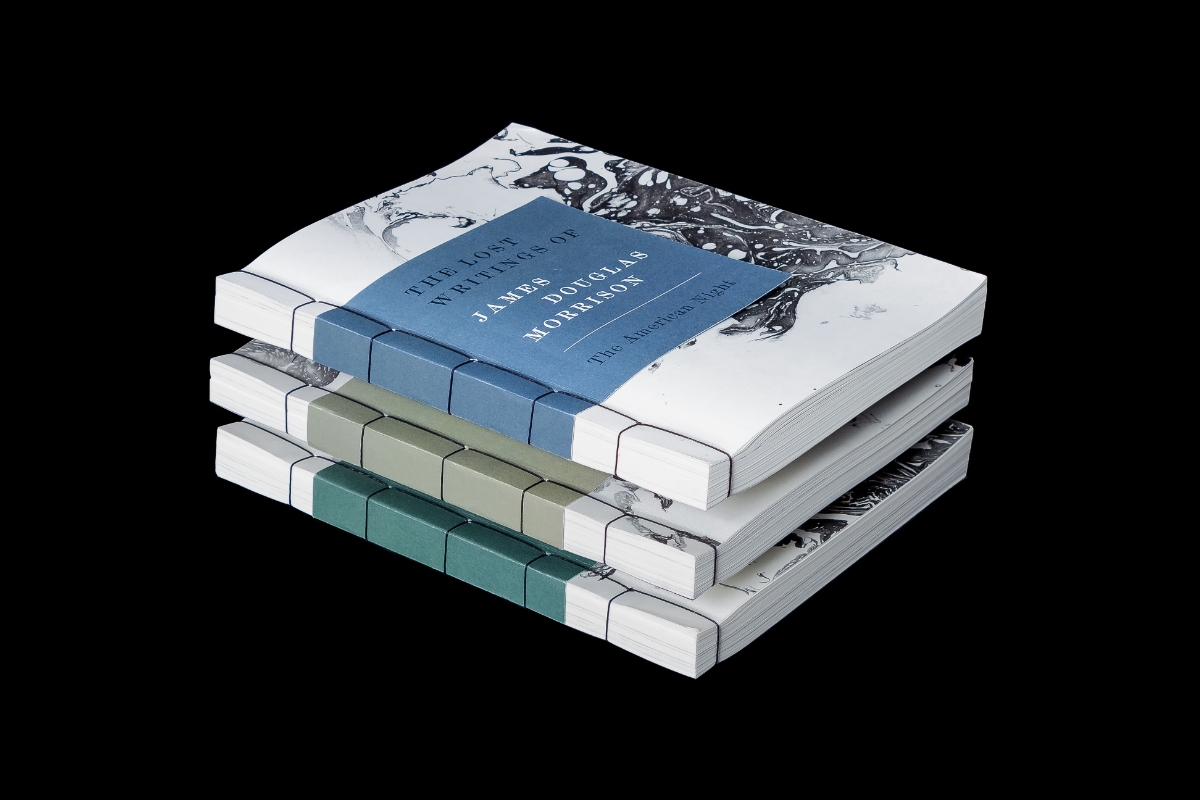 Broken into three volumes, The Lost Writings of James Douglas Morrison is a collection of poems, notebook entries, and recitals written by Jim Morrison over his lifetime. This project is an attempt to redesign his books that reflect the fragmentation of his thoughts and provide an insight into his inner conflicts that led to the creation of some of the most prominent lyrics in music history.

James Morrisons personality helped define the visual language of the project. People remember him for his larger than life persona. But he always wanted to be recognized as a poet fighting for freedom.

The color palette is reduced to black to reflect the dark undertone of his writings. Black and white marbling patterns are present on the covers and hidden in between the pages. Marbling texture reflects on the lifestyle of Jim Morrison. It serves as a symbol for his rich, complex inner self and keen perception of details. Pages are left with additional white space to help poems unfold with ease.

The collection The Lost Writings of James Douglas Morrison uses a timeless classical font combination of Didone, Scotch Modern, and Scotch Micro. The character of the fonts reflects the sensitivity and strength of Jim Morrison.

The project was created as part of Alessia Oertel’s bachelor thesis at Muthesisus Kunsthochschule and is not for sale. 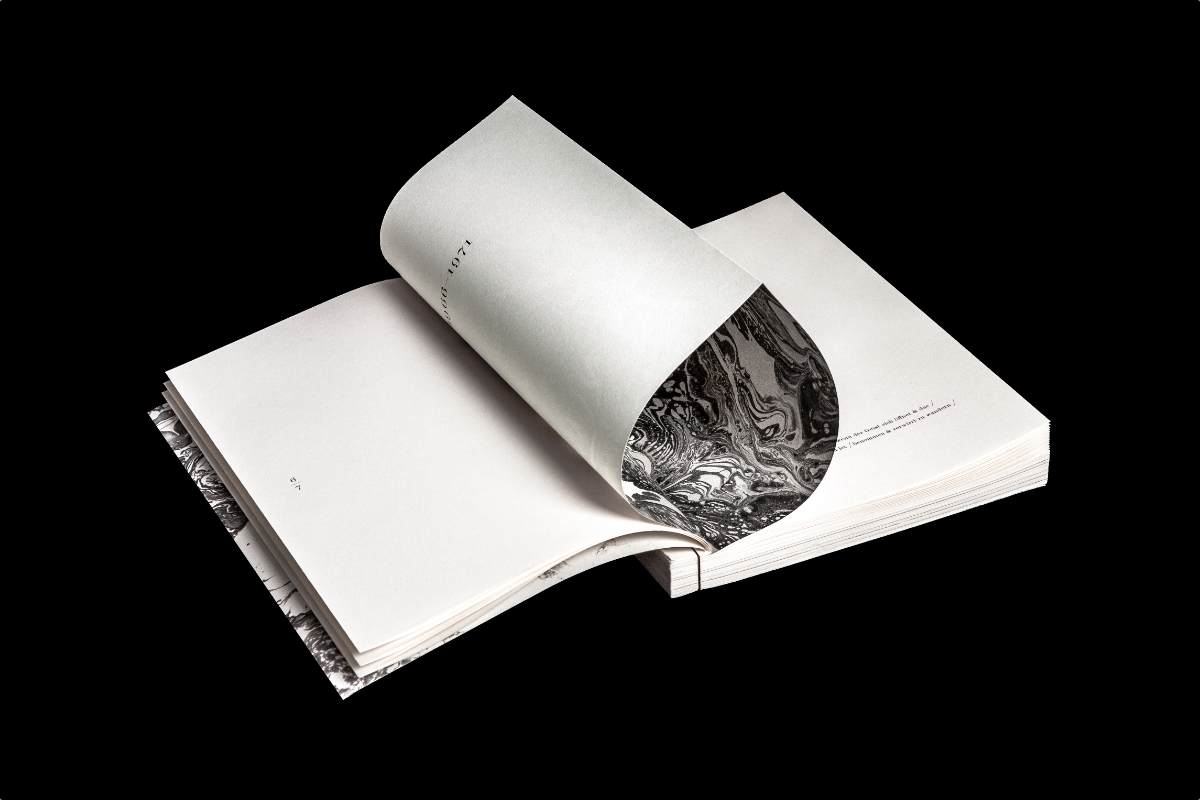 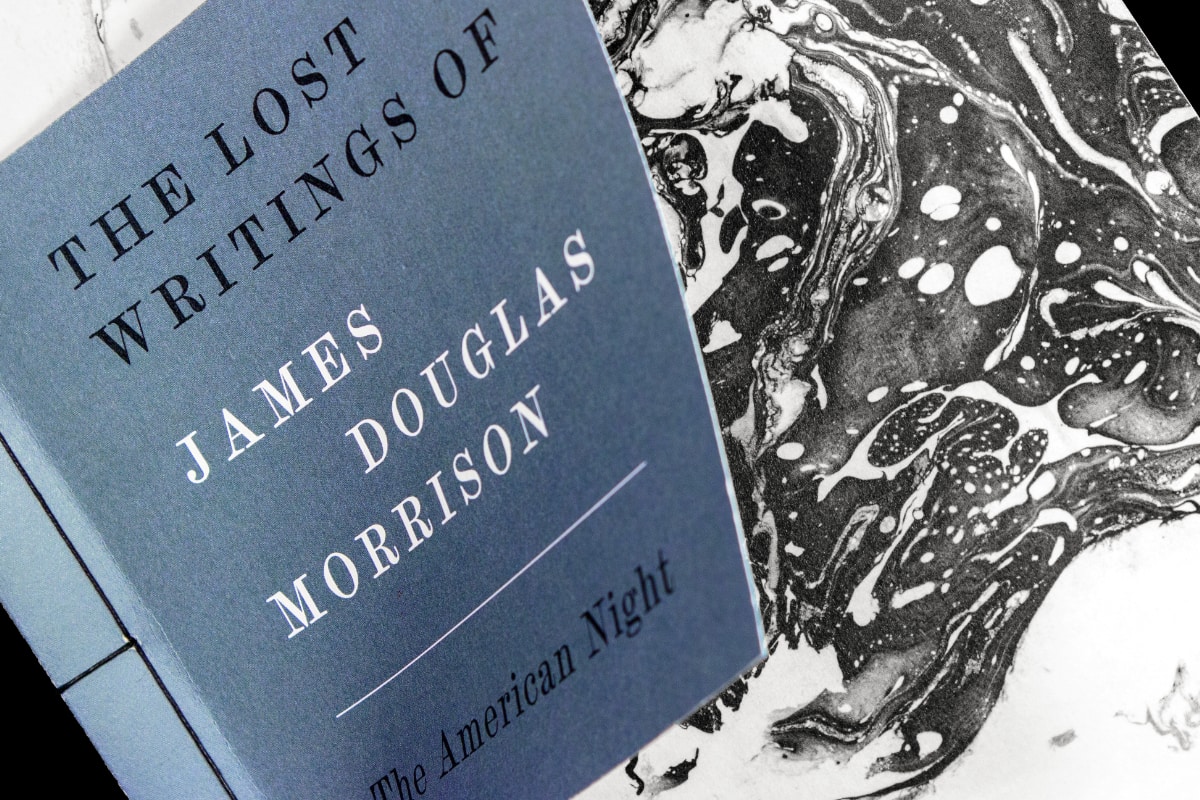 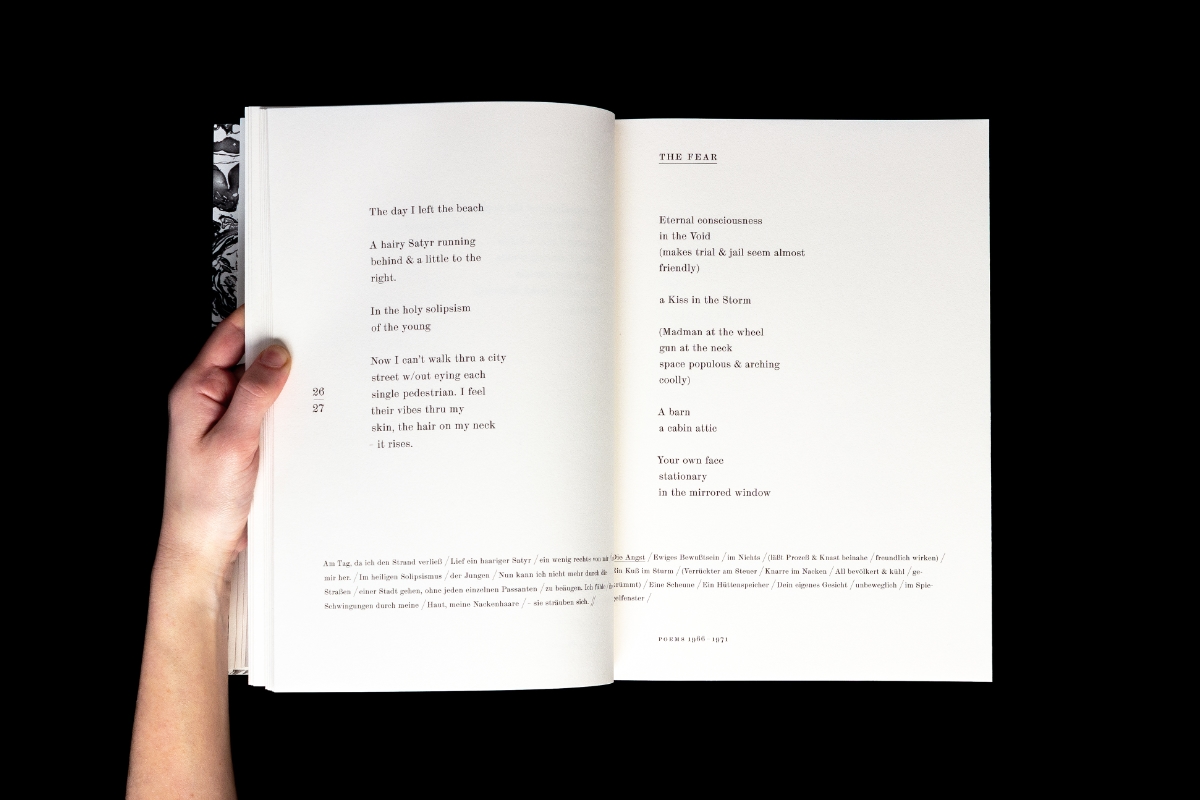 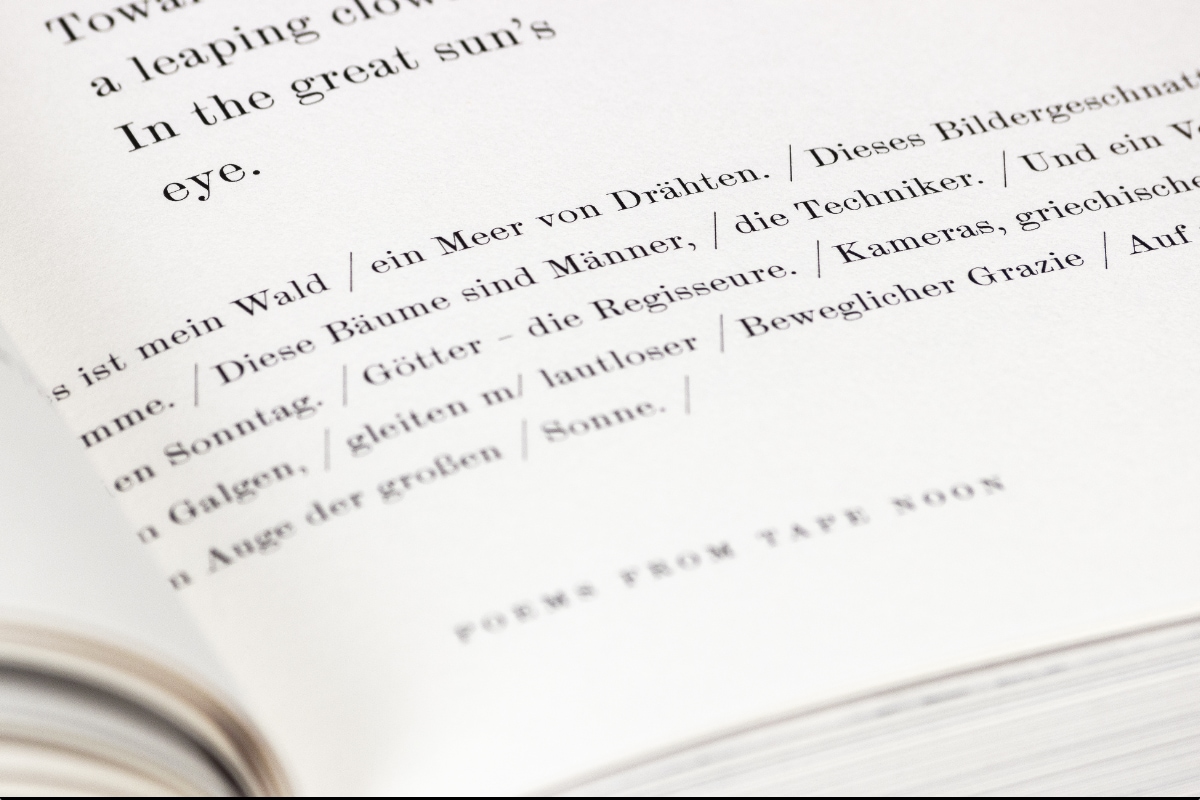 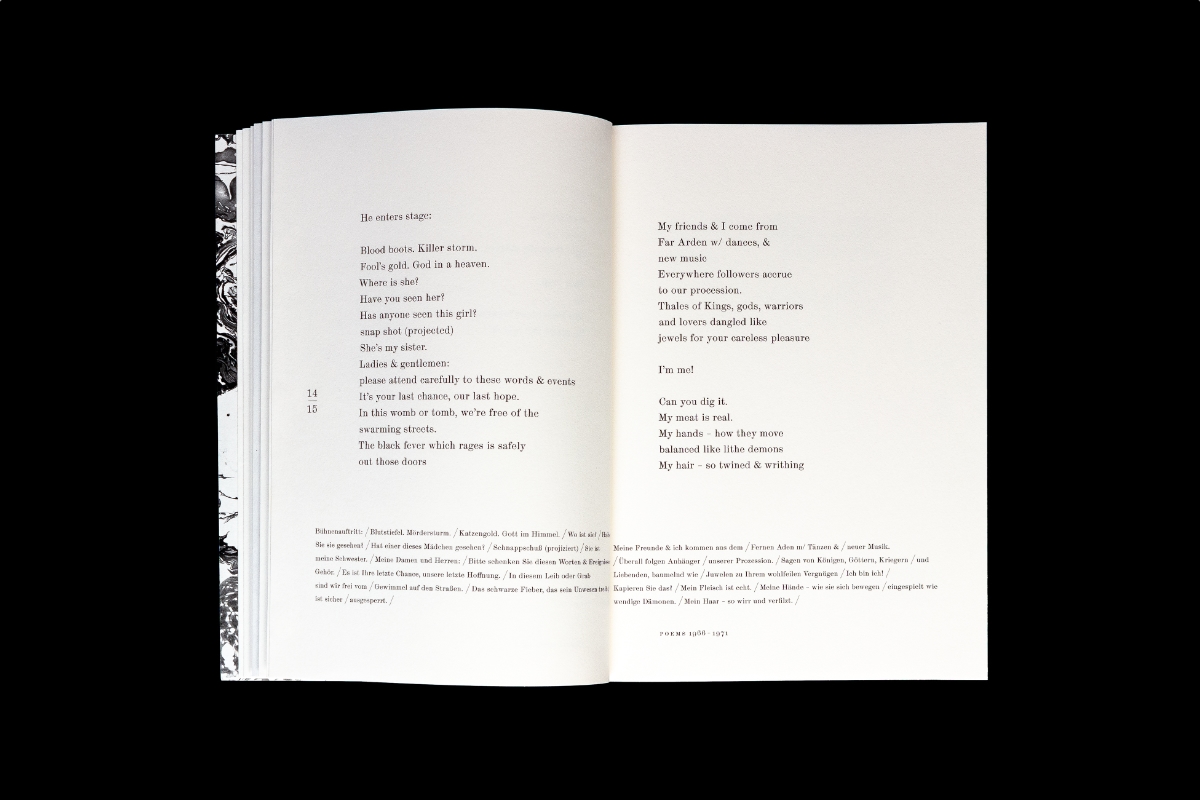 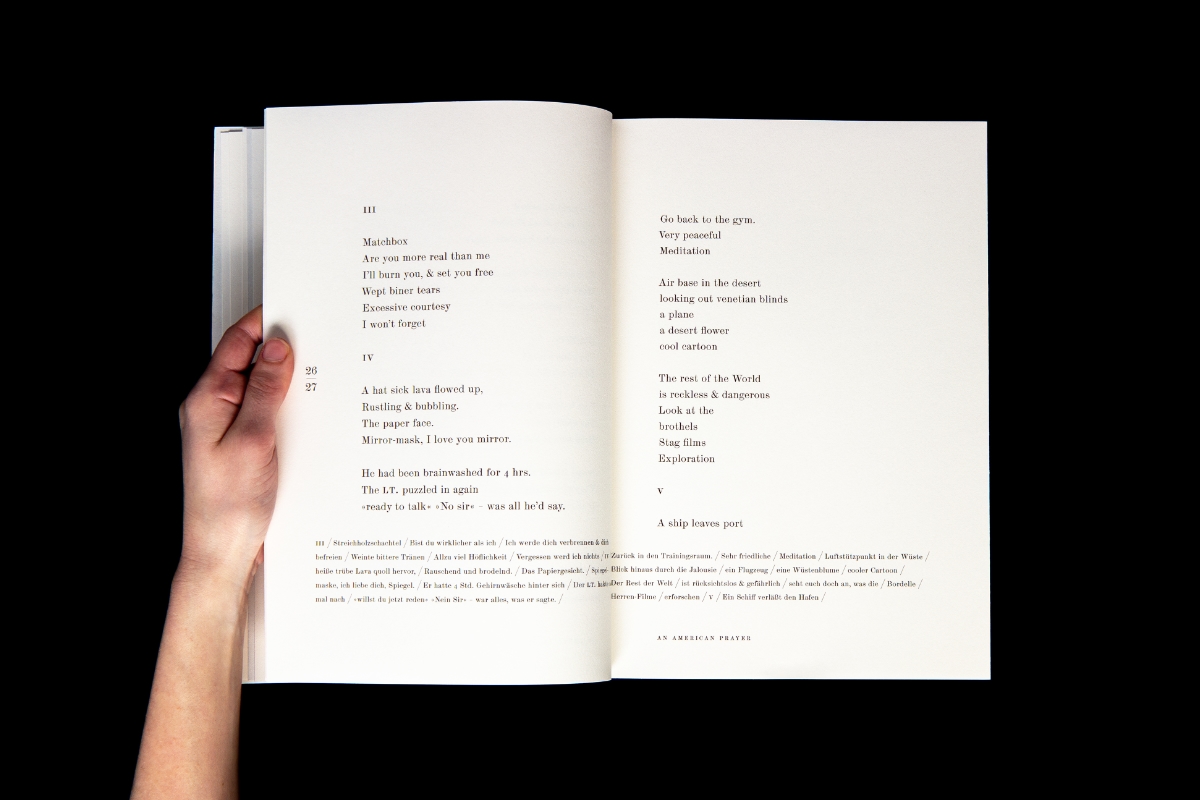 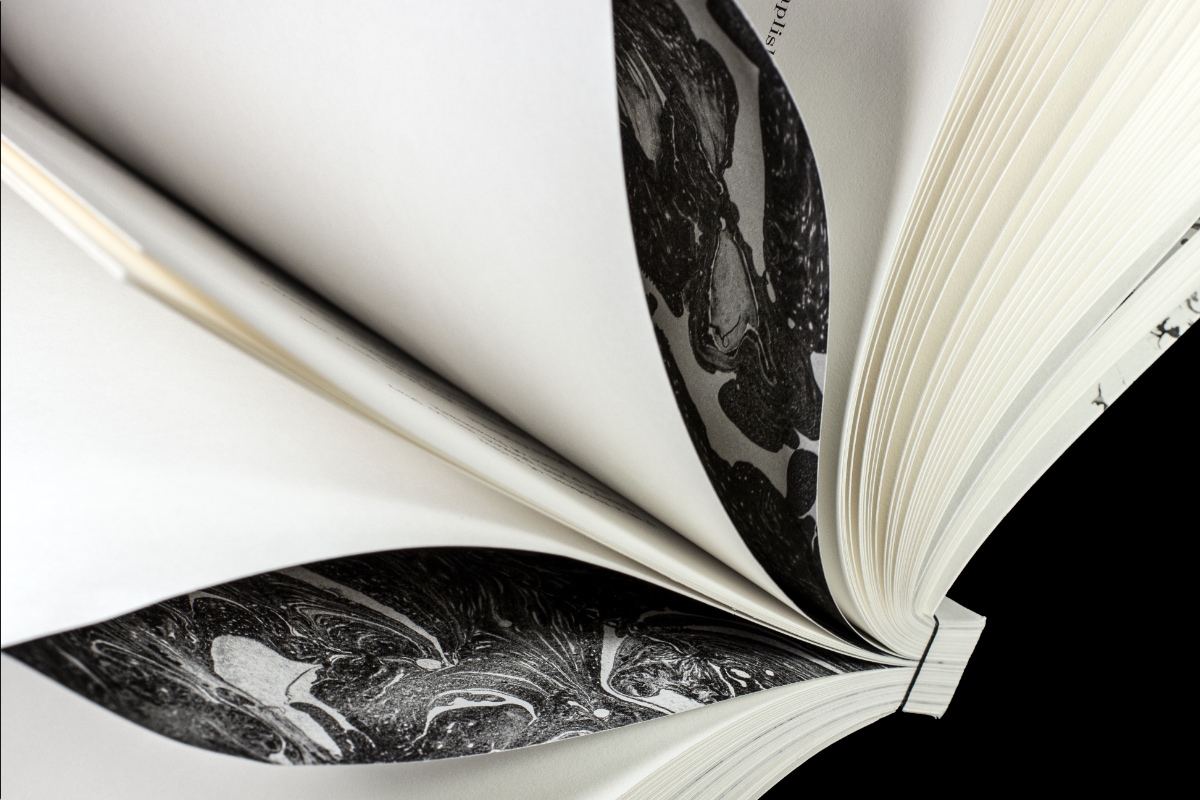 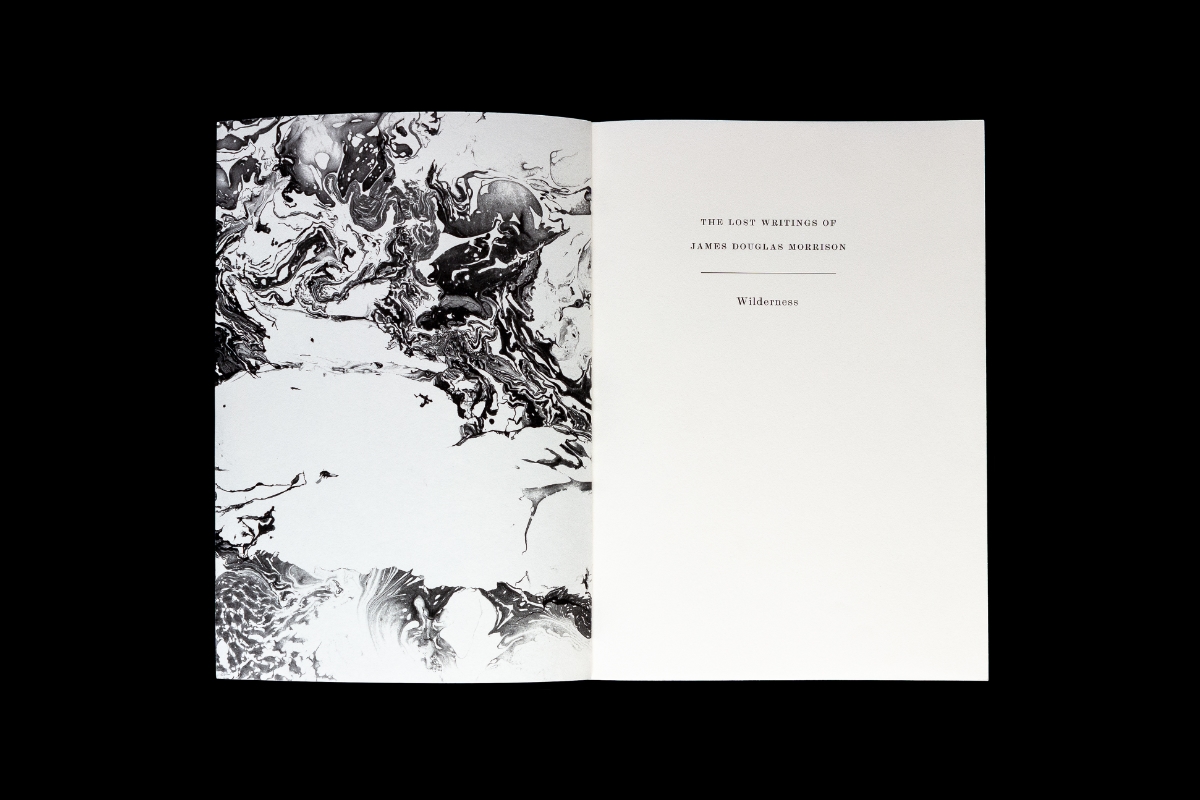 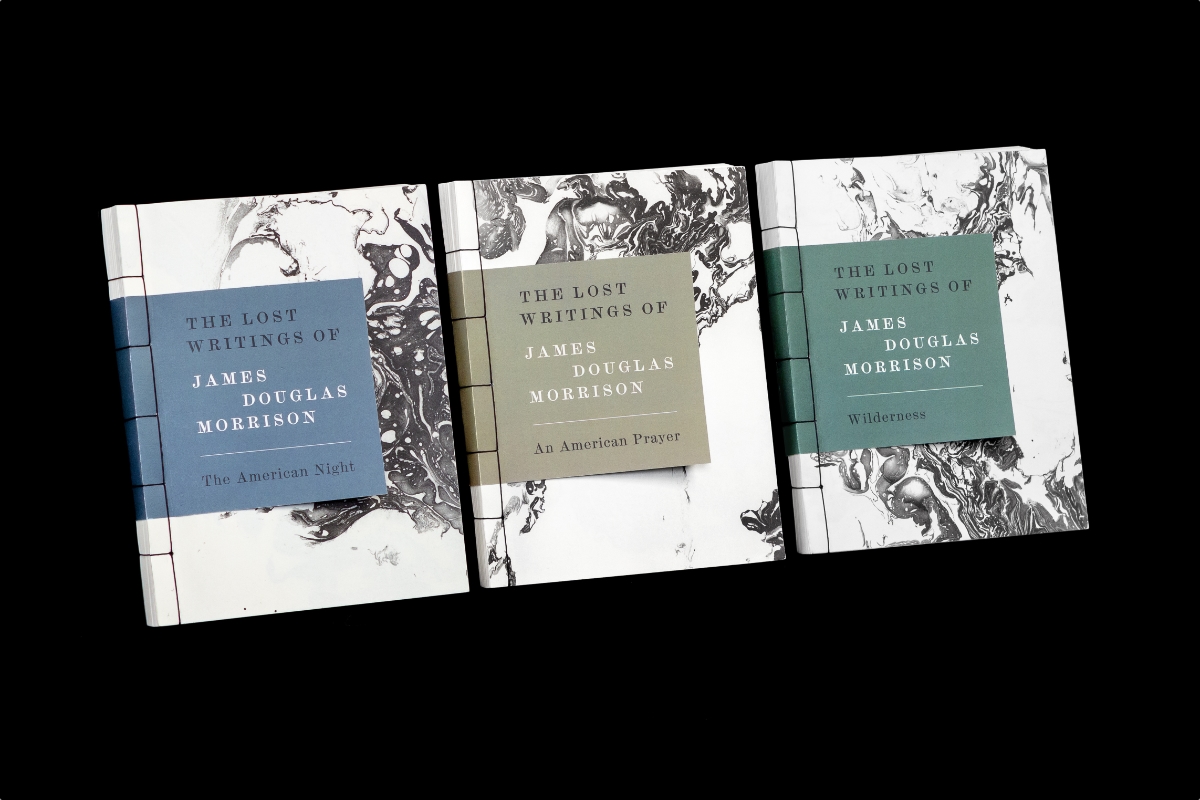