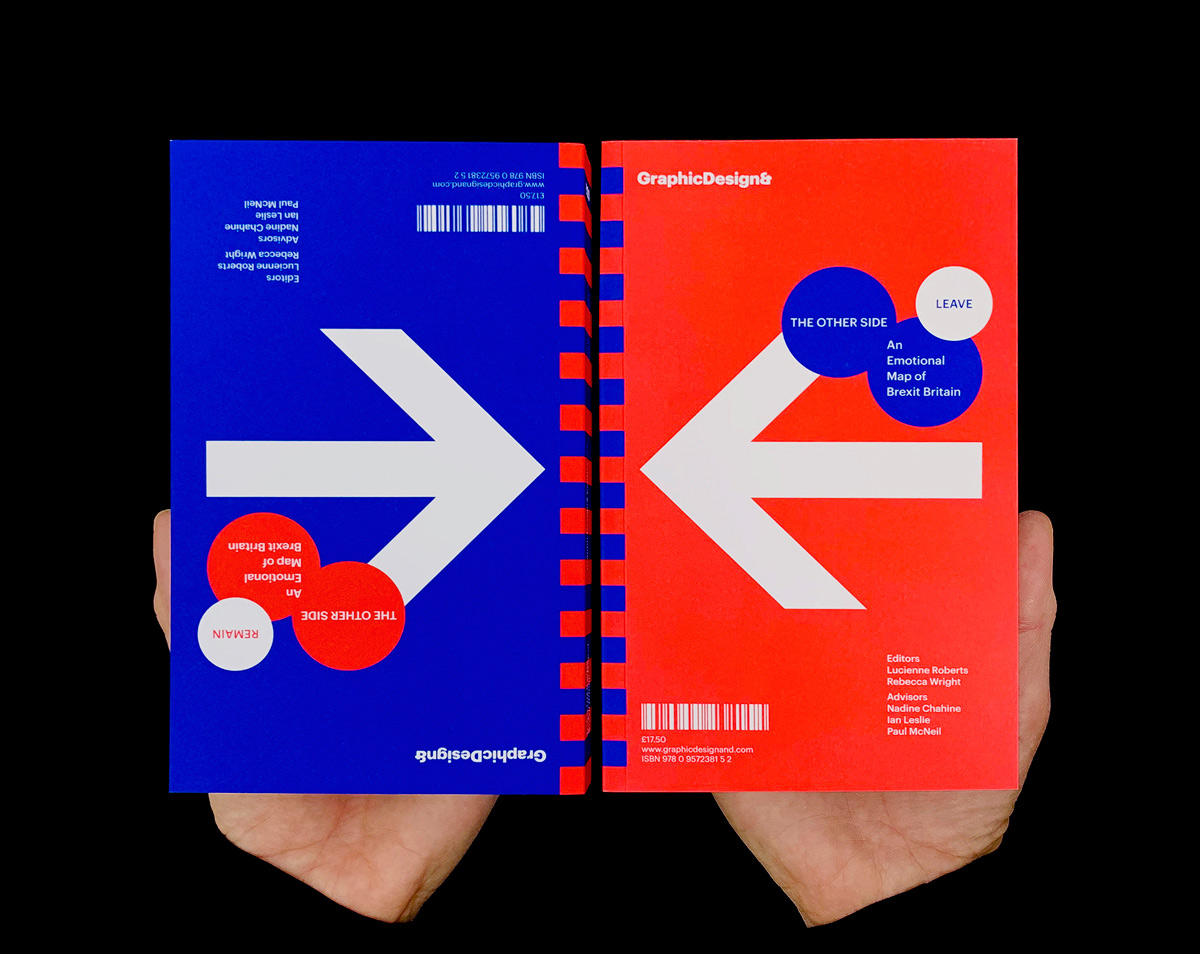 The Other Side: An Emotional Map of Brexit Britain

Revealing the crucial role of visual communication before, during and after the EU referendum, The Other Side: An Emotional Map of Brexit Britain is the latest book from GraphicDesign&. It acts as a timely primer for international readers, going beyond the divisive rhetoric specific to Brexit to highlight the failures of communication that have led us to where we are today—failures to communicate political complexity, to speak for communities, and now to reach out to each other.

Presented as a double-ended book, 26 Leave and 24 Remain voters from around the UK, across professions and of different ages and backgrounds, share their views on the losses and gains from the UK’s decision to leave the EU. Their voices, thoughts and ideas act as a snapshot of a particular and poignant moment in history and illustrate that voter motivation is varied not binary. Richer than the sound bite, these individual voices are identified by region via a set of sans serif, visually neutral typefaces designed after the Second World War.

An illustrated essay charts the relationship between the UK and the “European project” from 1952 to 2019 as depicted in press and campaign materials, while an interview with communications expert Ian Leslie explores the parallels between personal relationship breakdown and the referendum result.

The Other Side: An Emotional Map of Brexit Britain 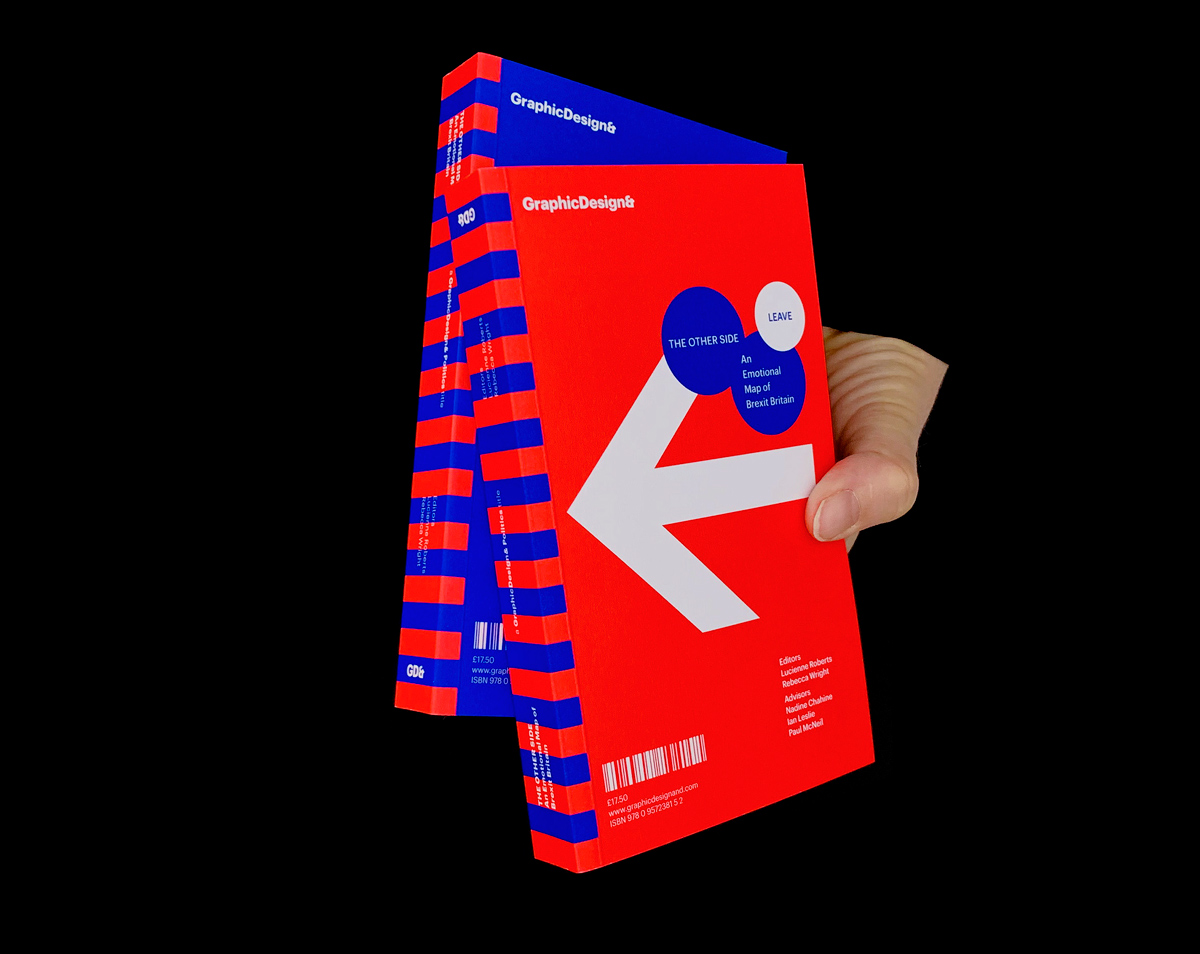 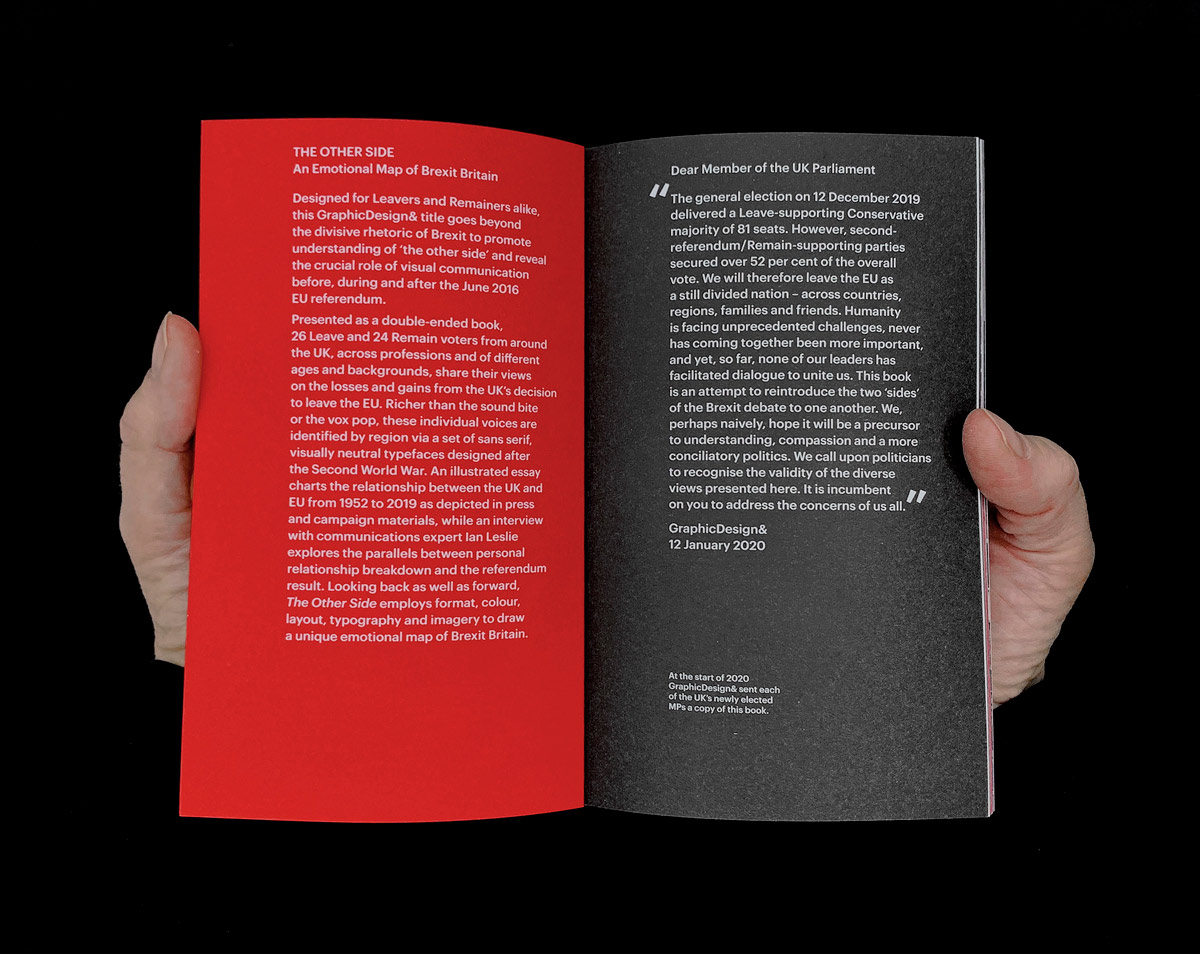 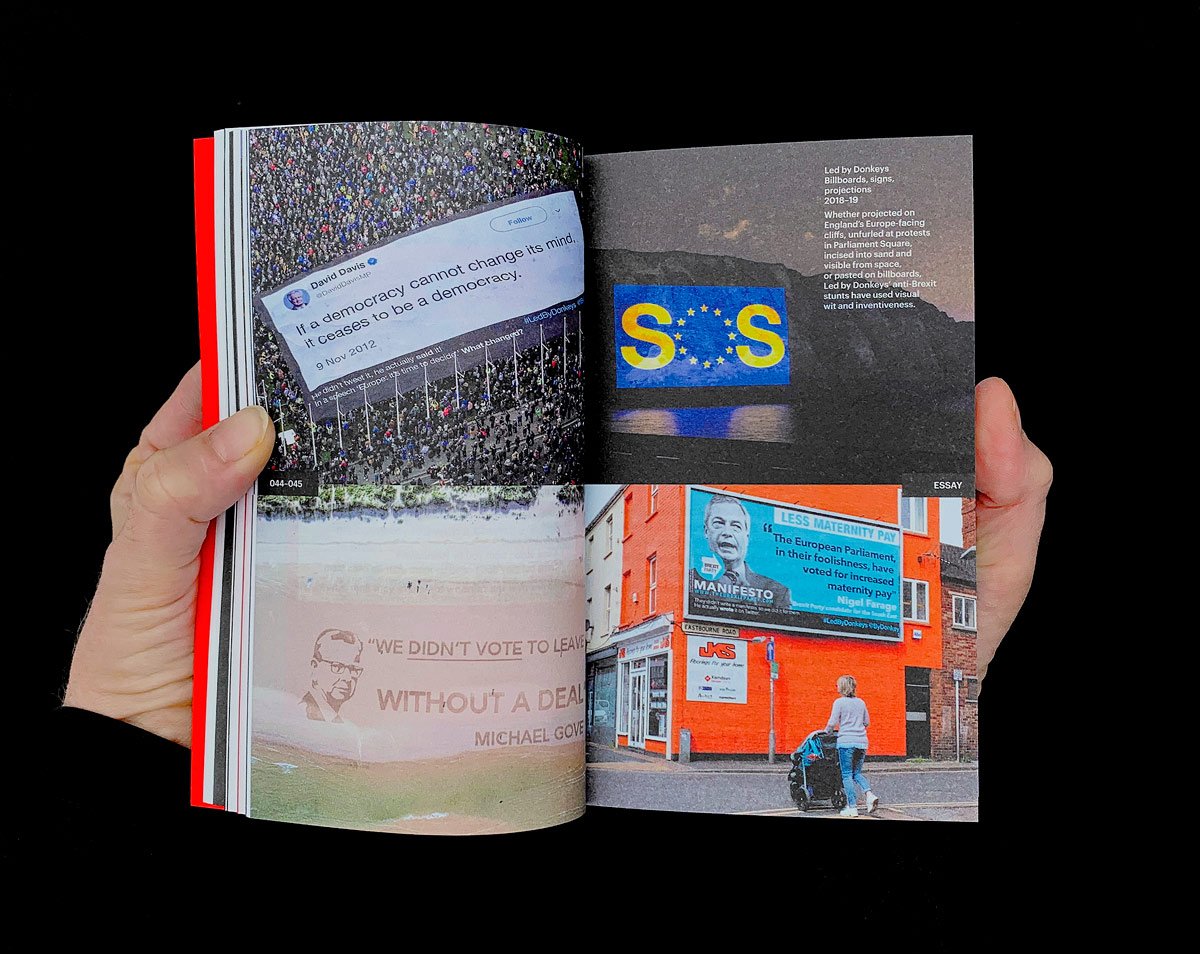 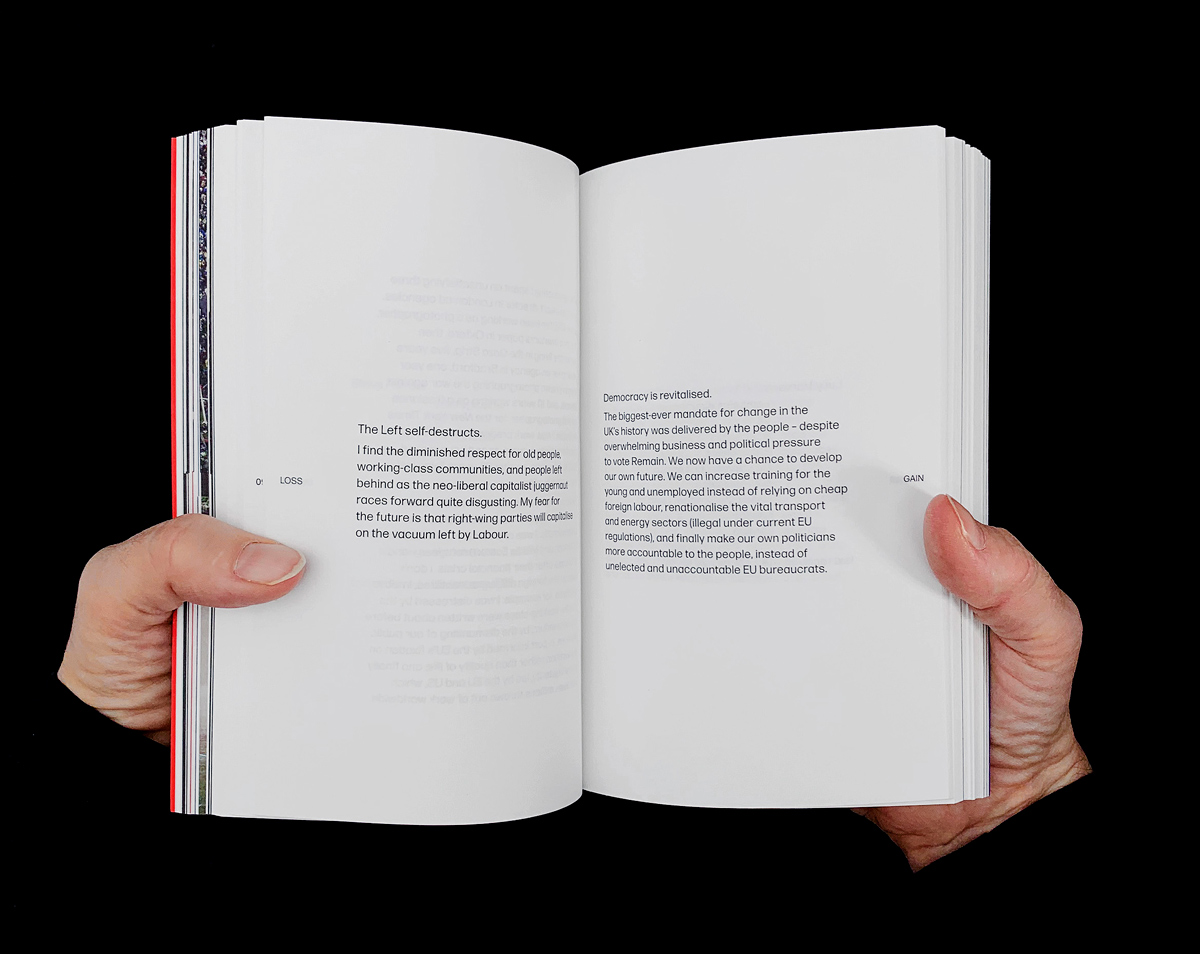