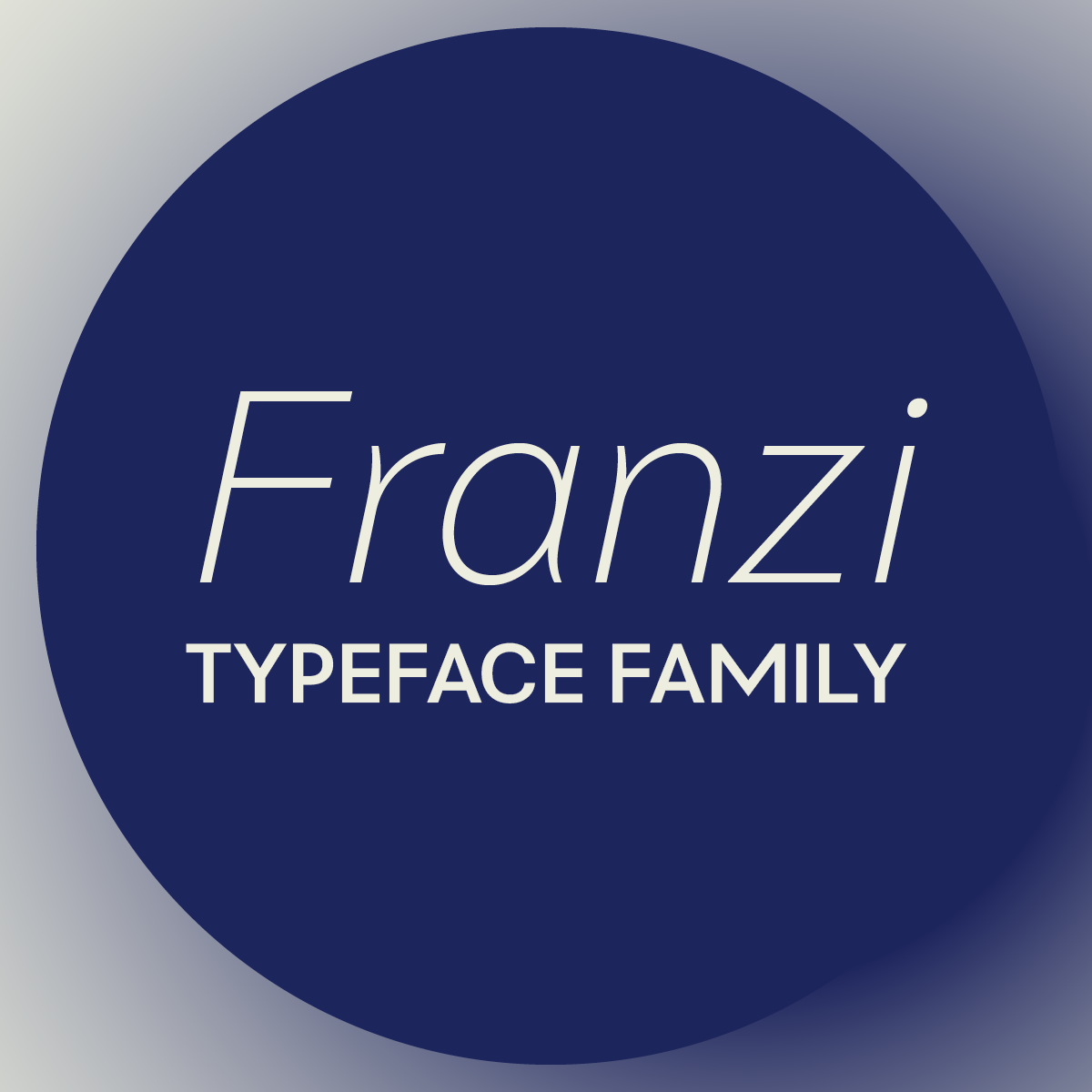 Typeface of the Month: Franzi Pro

In September our Typeface of the Month: Franzi Pro is a sans-serif by the Vienna based type foundry Wannatype.

The new sans-serif Franzi typeface family—as neutral as can be, but at the same time individual and striking. Its unmistakable character lies in the detail, with no effect pushing itself to the fore. As a wide-running typeface with a relatively large x-height (fig. 2), the typeface family is perfectly suited to small text sizes but, with its elegant details, it leaves nothing to be desired in display applications either (fig. 3).

A total of 20 well-developed fonts are available: ten weights from hairline to black, each of which can be upright and italic (fig. 4). The italics are softly and elegantly drawn, while the upright characters appear much more severe. The design appeal reveals itself in the two-storey ‘a’—a tribute to legibility in body copy (fig. 5); however, for those who prefer the geometric in applications, an alternative single-storey ‘a’ is also available (fig. 6).

Franzi was created as a further development of a commission to produce signs for a therapy practice in Vienna’s Franz-Hochedlinger-Gasse— hence the name, which is more common as an abbreviation for Franziska than as a diminutive for the male name Franz: Franzi is therefore a hybrid typeface name which has female tendencies.

Typeface of the Month: Franzi Pro 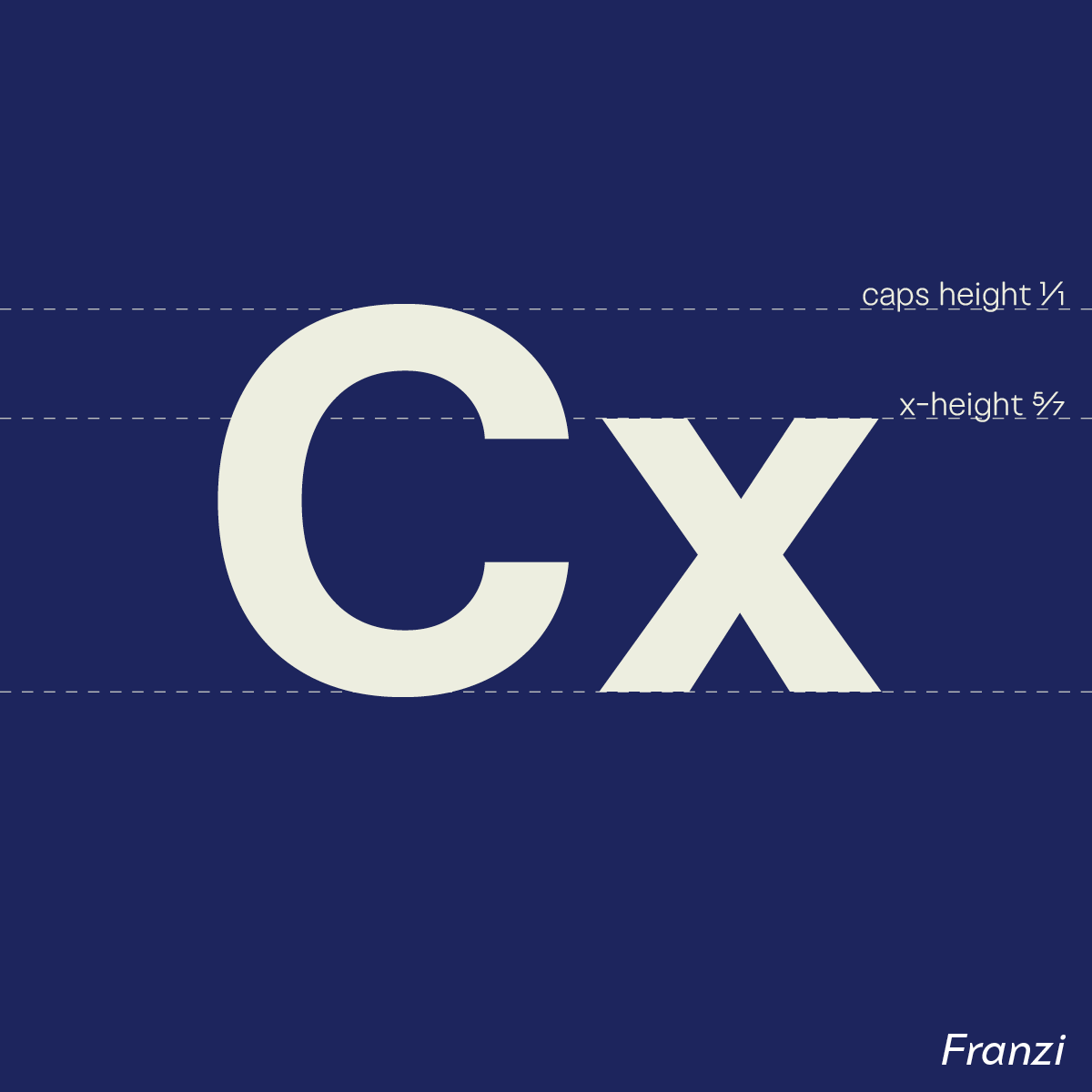 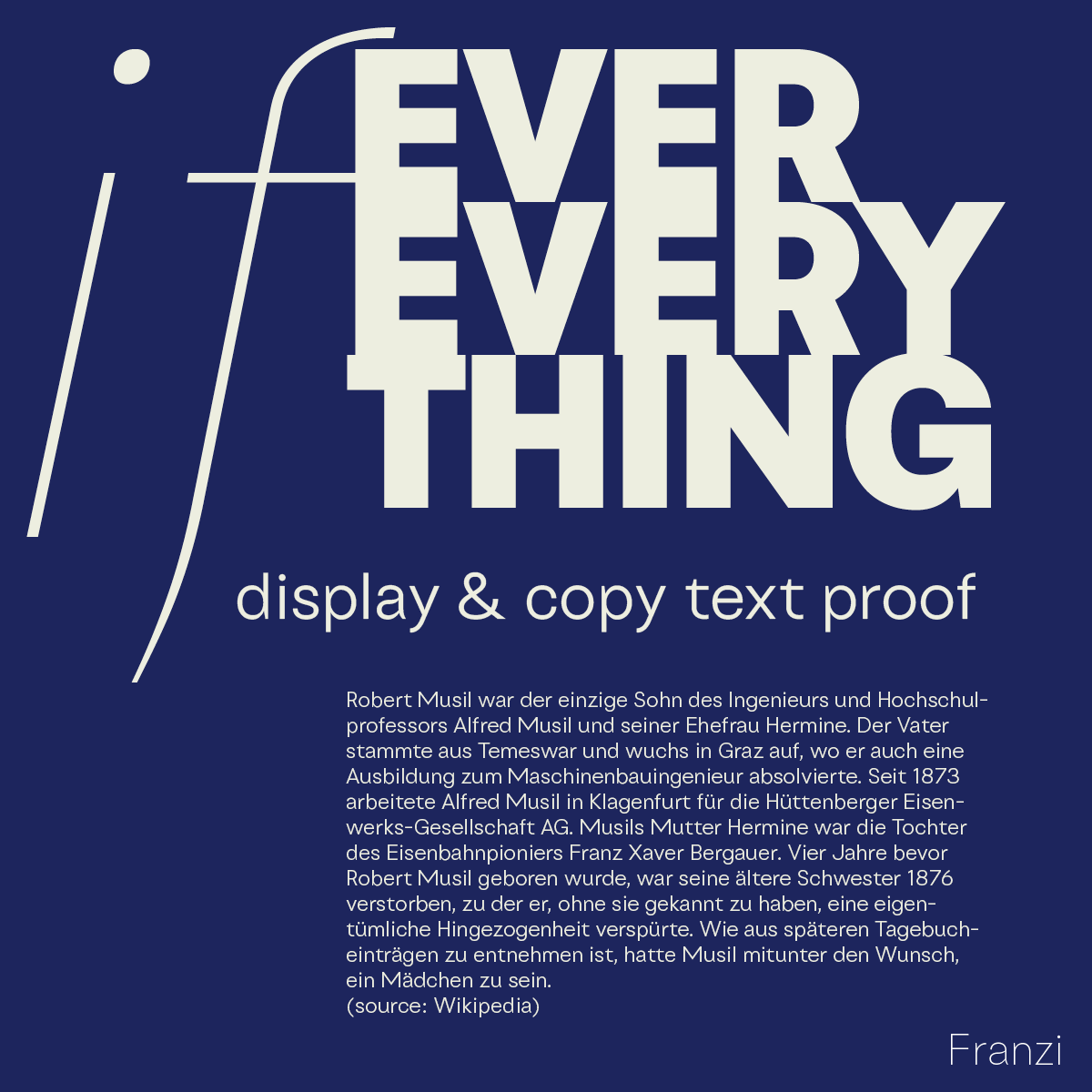 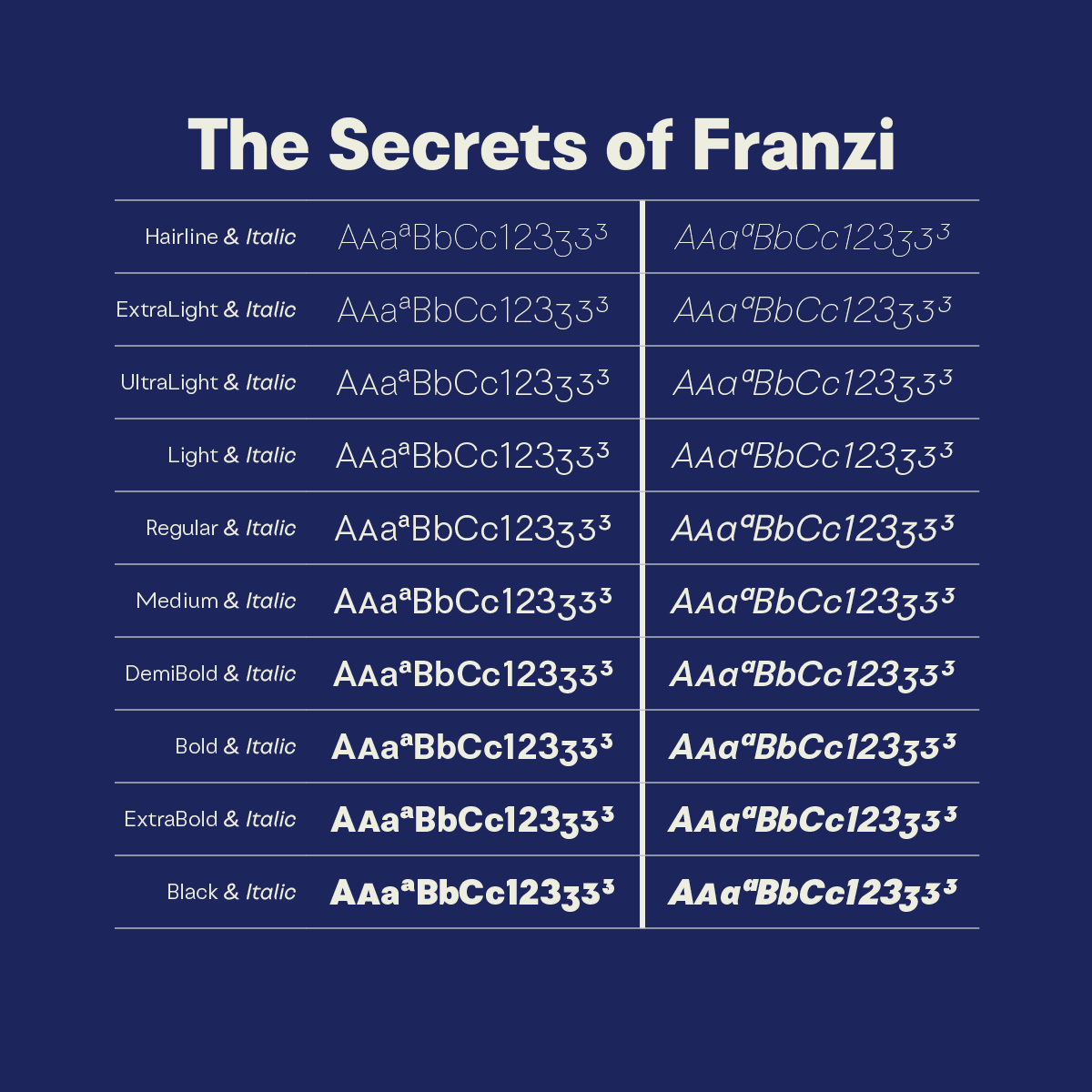 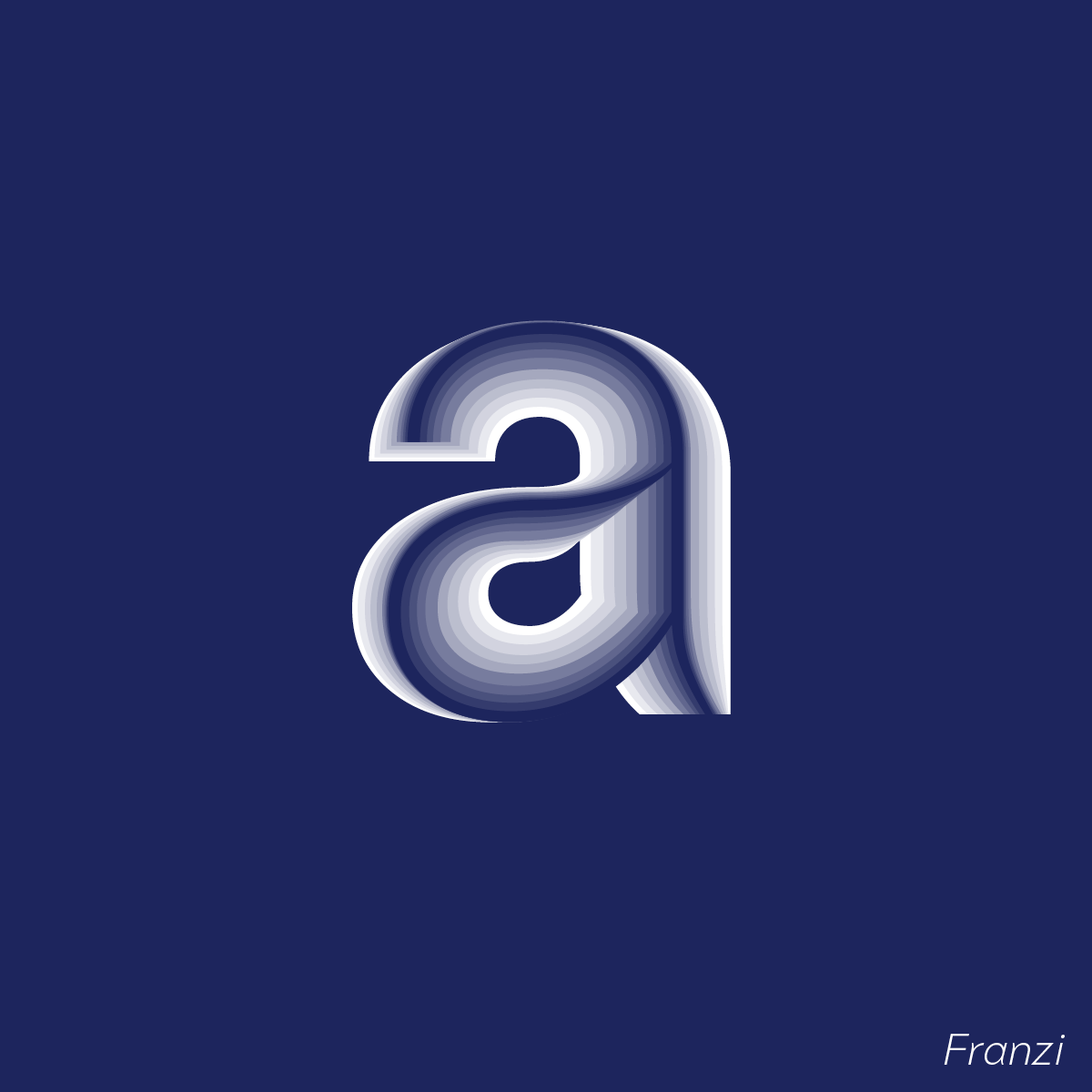 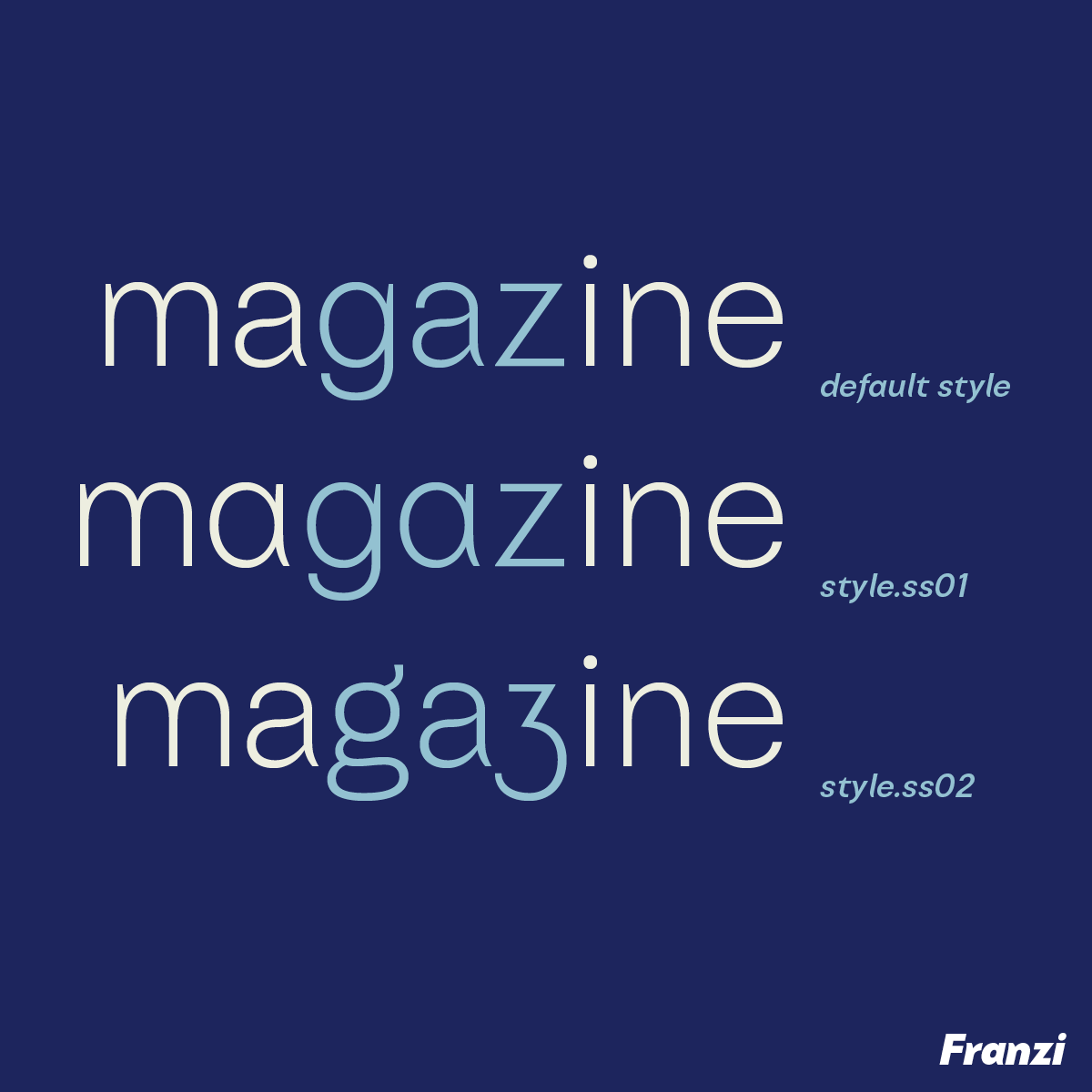 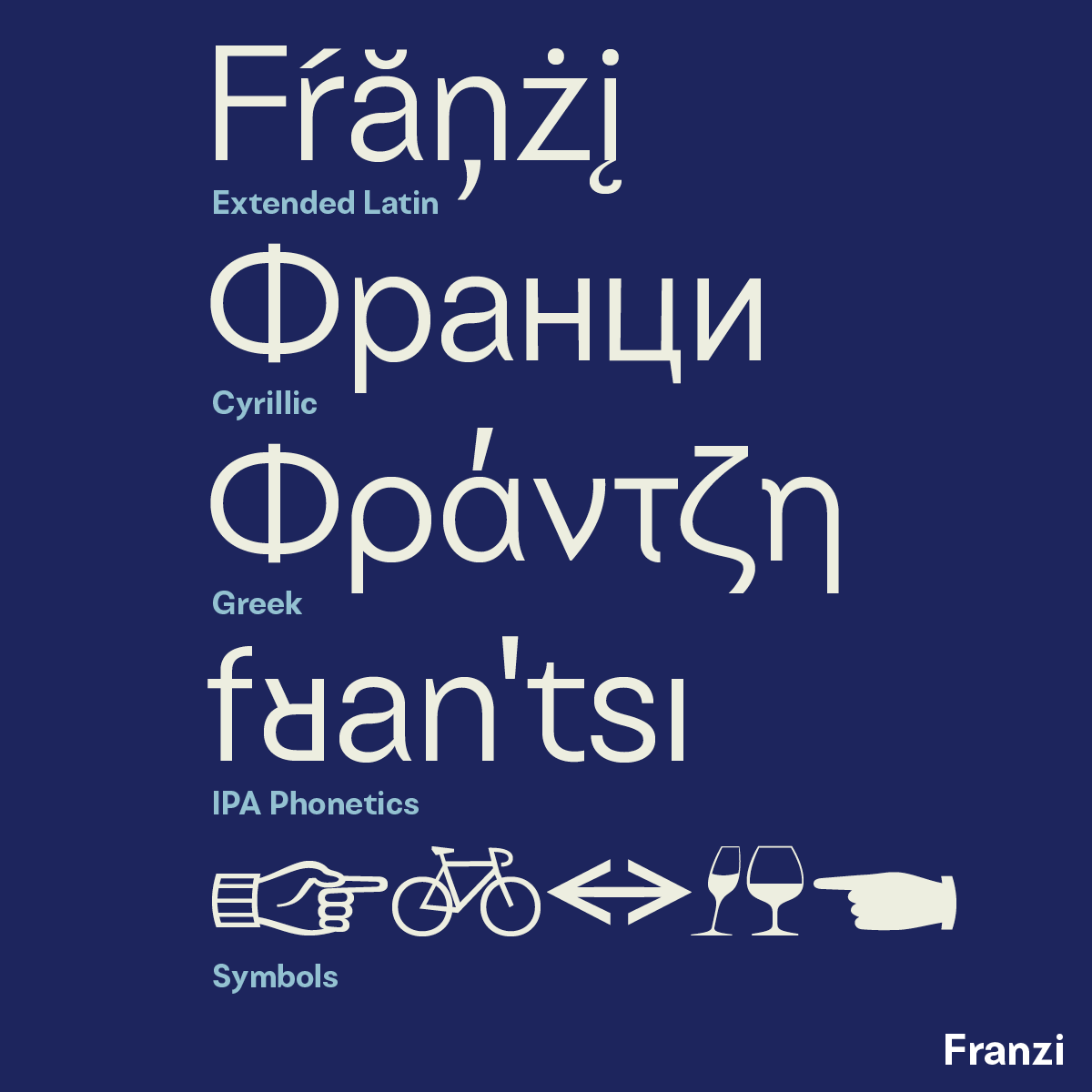 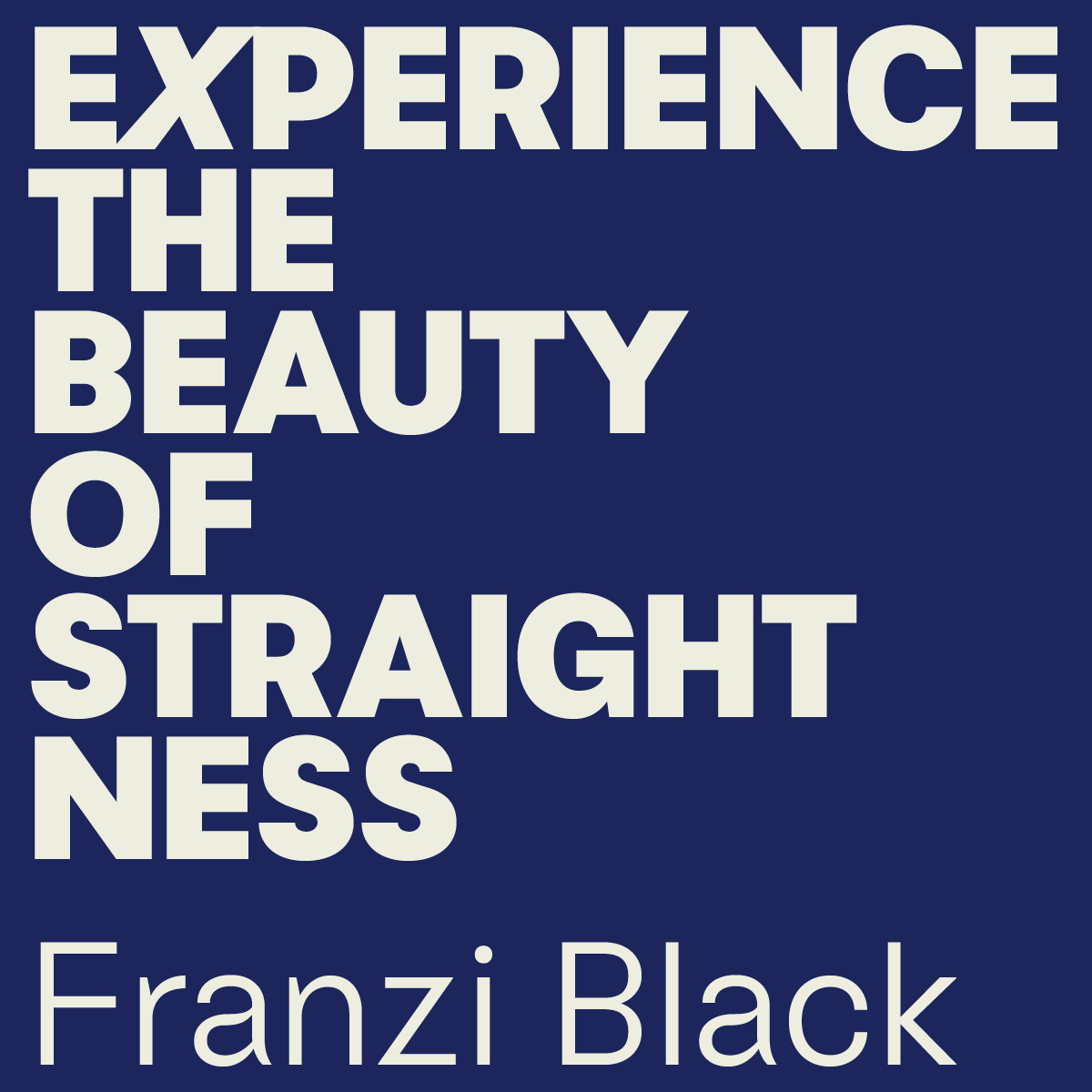 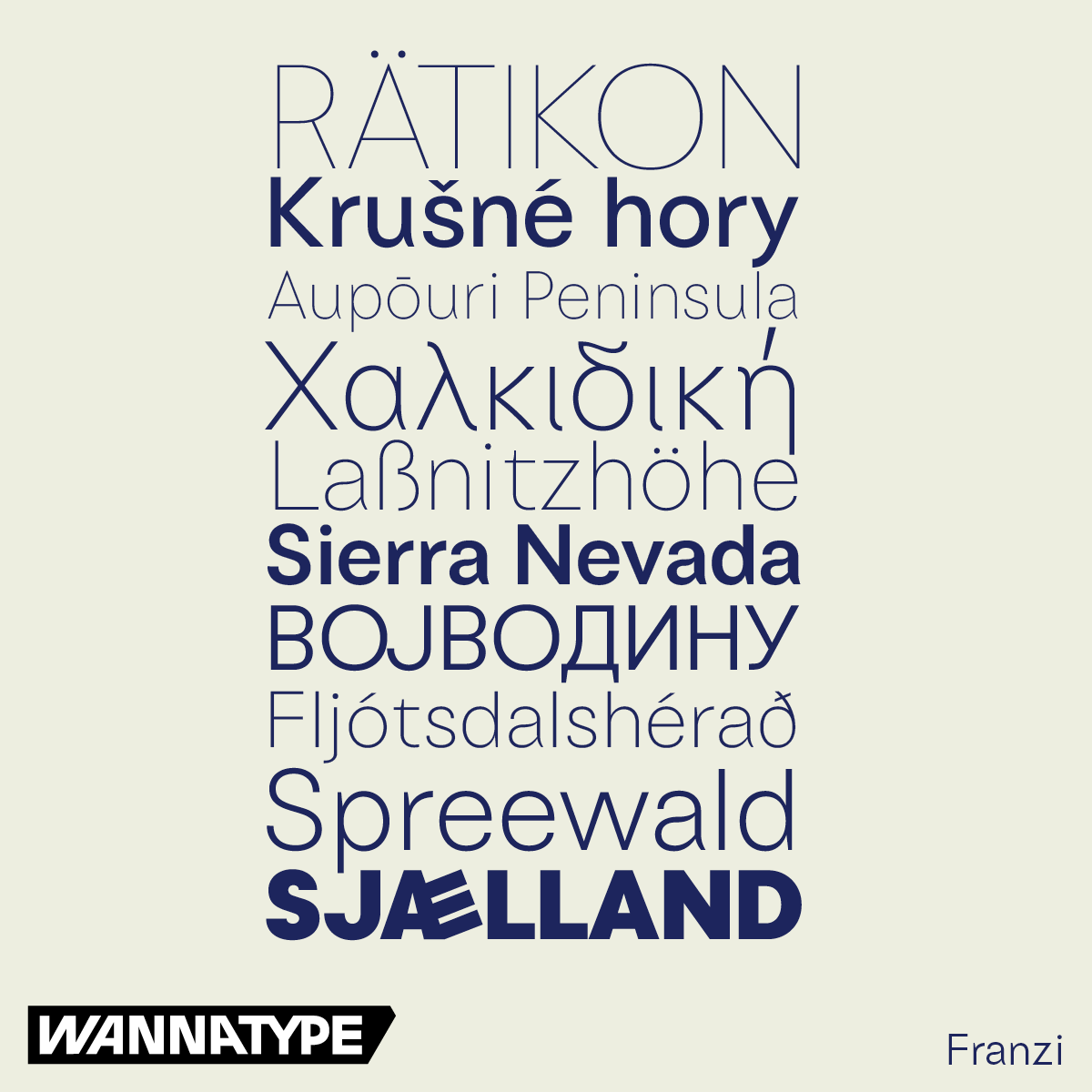 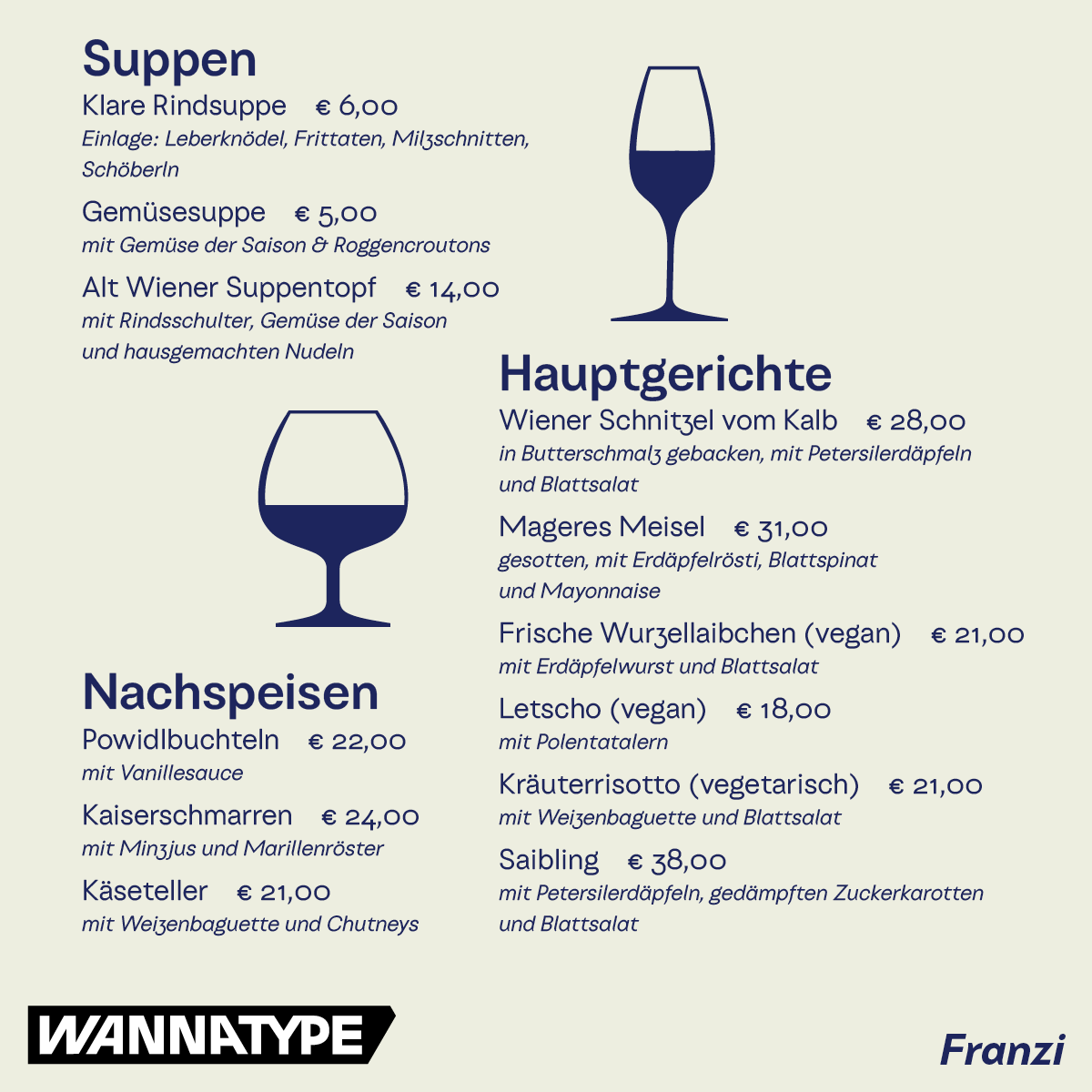