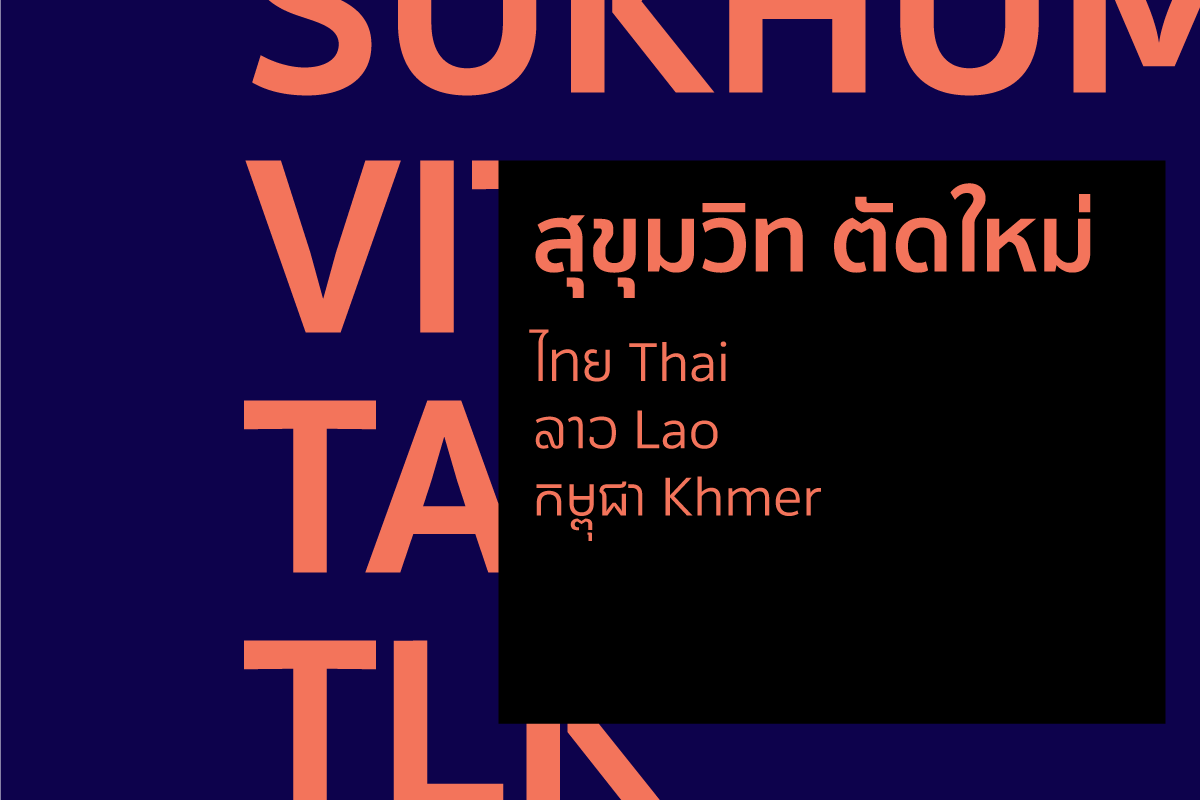 Typeface of the Month: Sukhumvit Tadmai

Today it is time again to discover the contemporary world of type design. We are proud to present our new Typeface of the Month: Sukhumvit Tadmai by the Thai Type Foundry Cadson Demak.

Sukhumvit Tadmai, developed from Sukhumvit, is a typeface that embodies simplicity. It is known for its versatile nature, designed for optimal flexibility in modern communications. In this version, each glyph is refined for modern usage and context. Sukhumvit Tadmai is widely known as Sukhumvit Set among popular operating systems.

With added weights and styles, it covers a wider range of uses from more than just print media. It embraces the influence of modern technology and our increased reliance on digital screens, such as smartphones, tablets, computers, applications, and websites. The objective of developing Sukhumvit comes from two main considerations: screen readability and homogeneity of Latin and Thai scripts.

Sukhumvit Tadmai has several details that differentiates itself from Sukhumvit. As the main consideration is screen readability, the design process focuses on the typeface being used in smaller sizes. Certain details in glyphs such as the ‘beak’ of koKai-thai (ก), have been modified to be more pronounced at smaller sizes. The proportion and width of each character has been recalculated and redrawn from scratch, which results in all weights being recalibrated.

Sukhumvit is ready to expand further to support a wider variety of use. In addition to more weights, it will include four new South-Asian scripts: Vietnamese, Lao, Khmer, and Burmese.

Typeface of the Month: Sukhumvit Tadmai 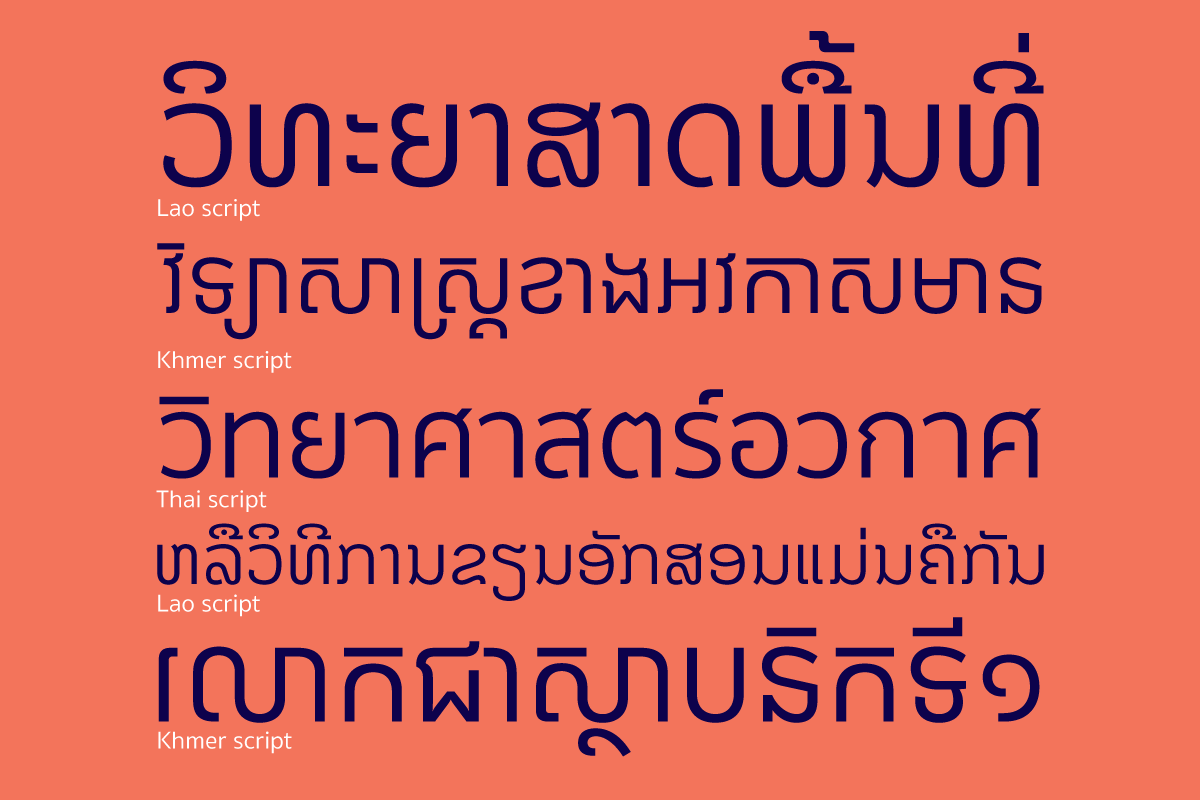 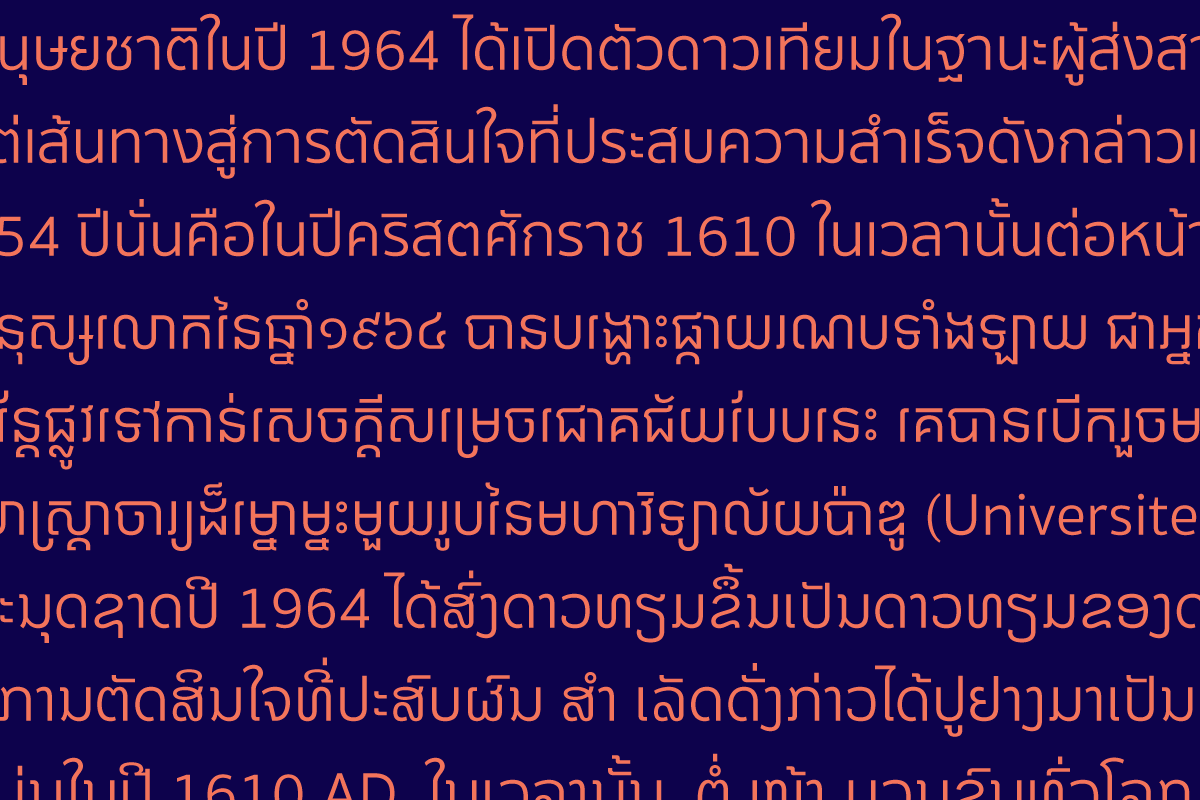 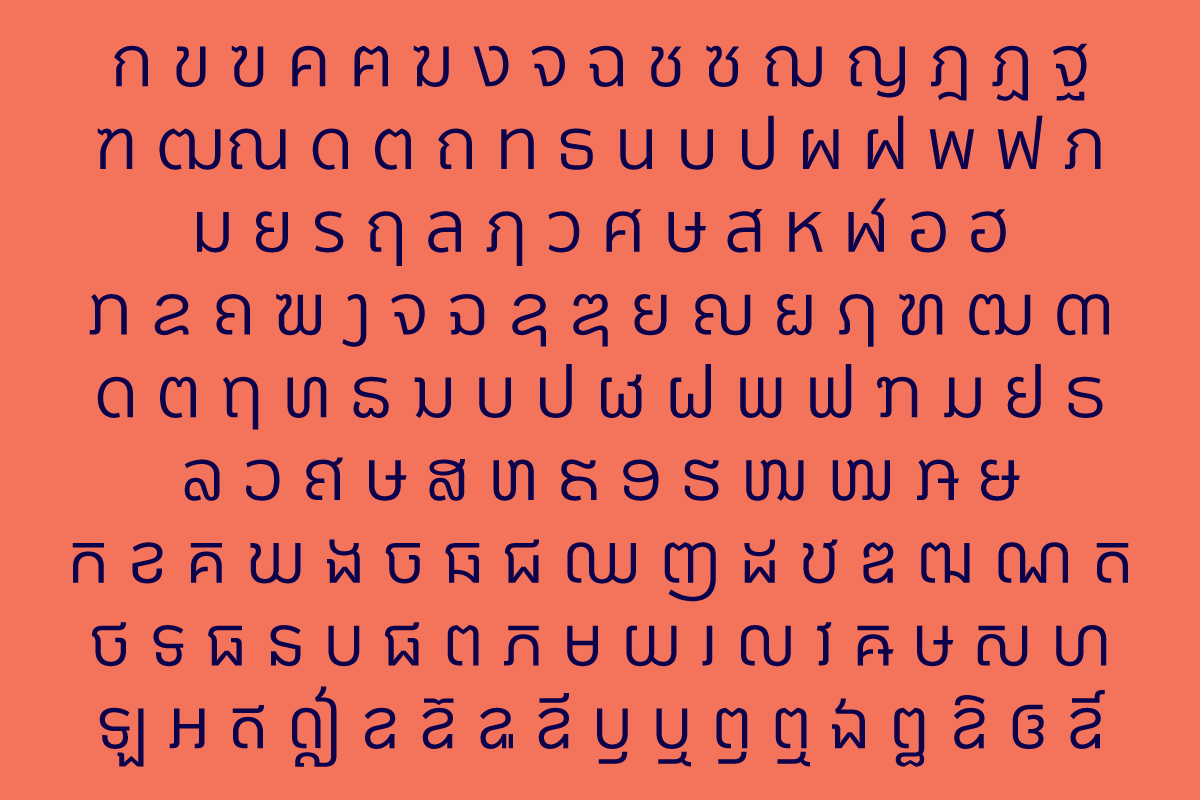 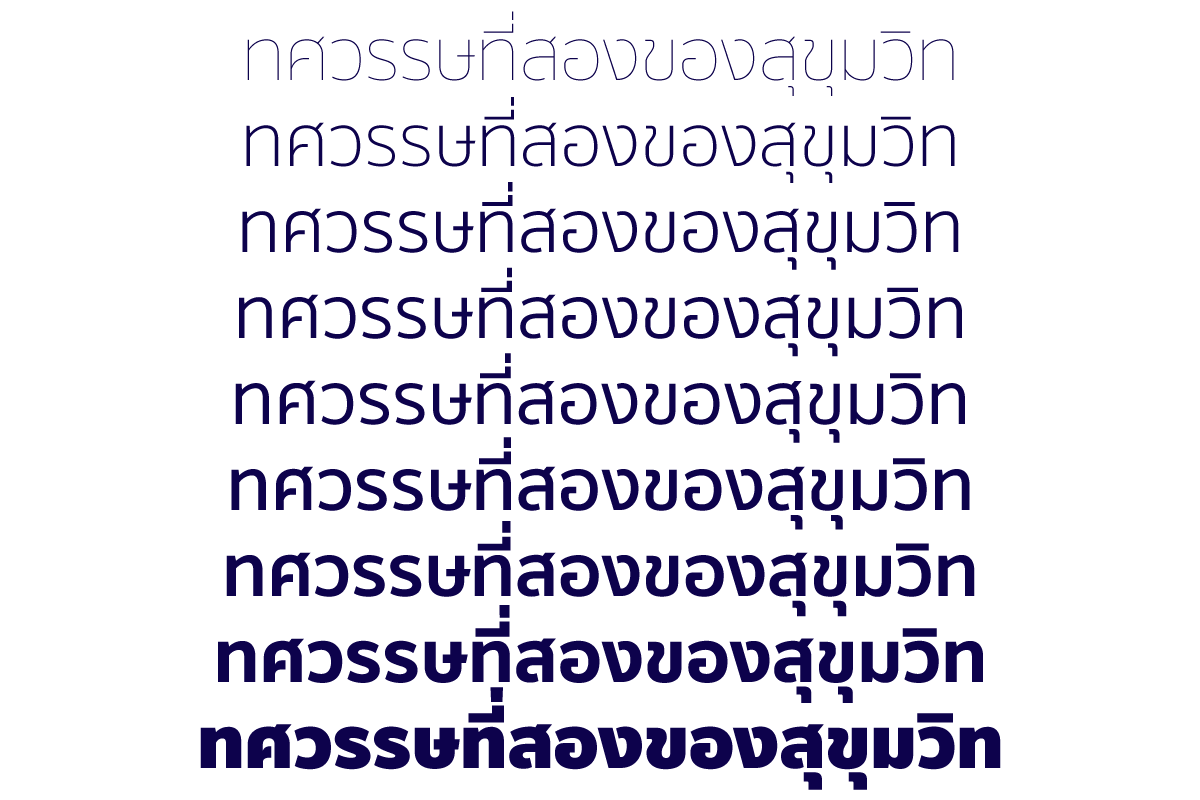 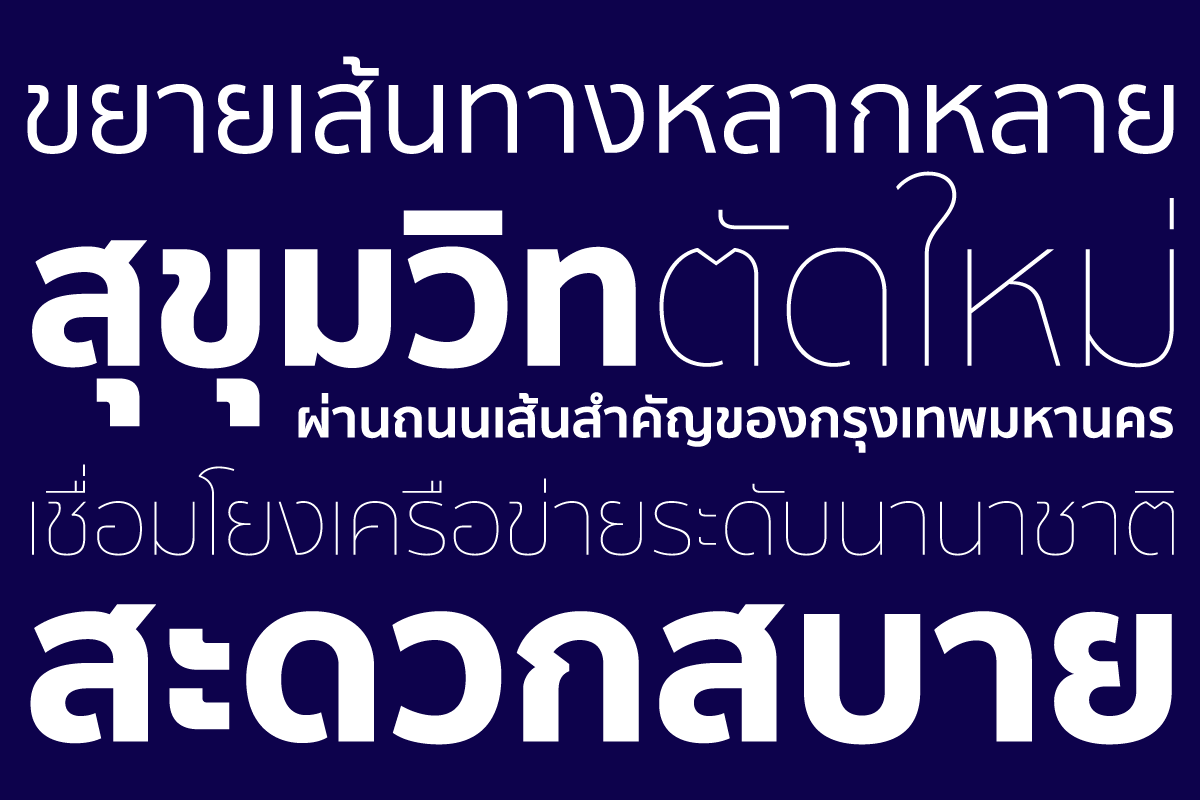 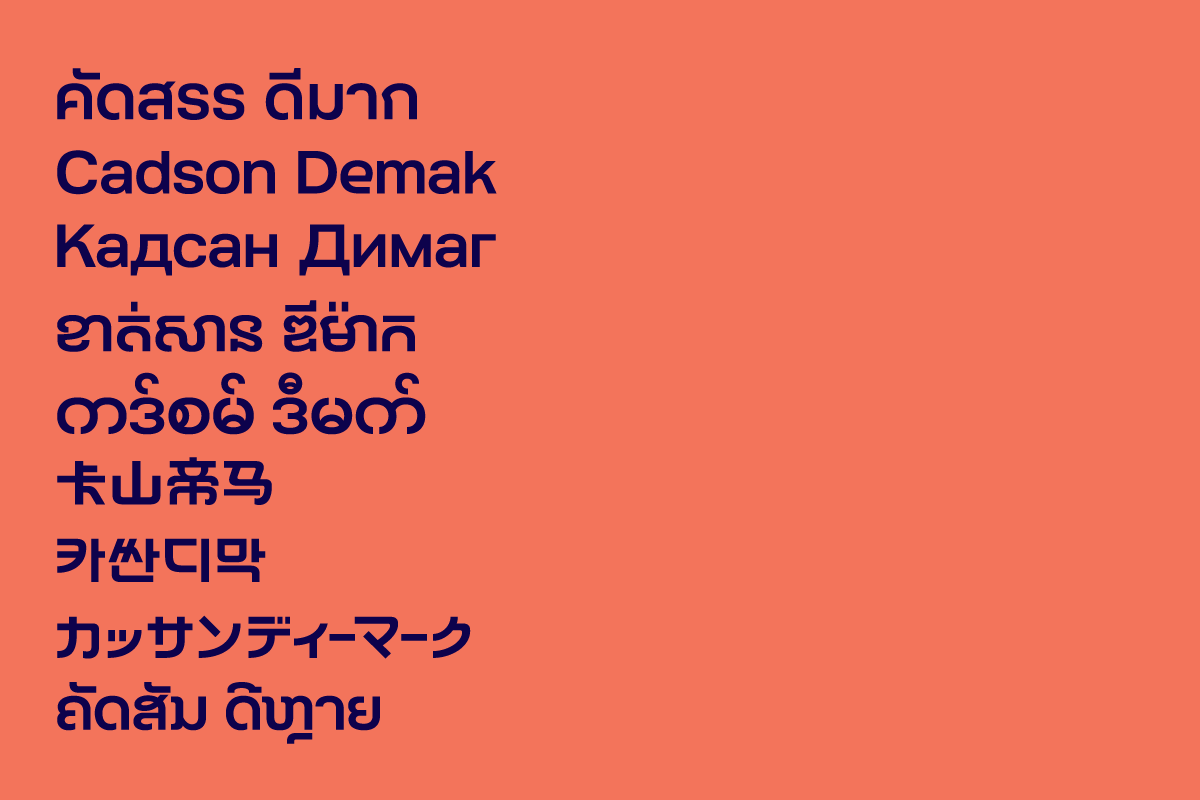