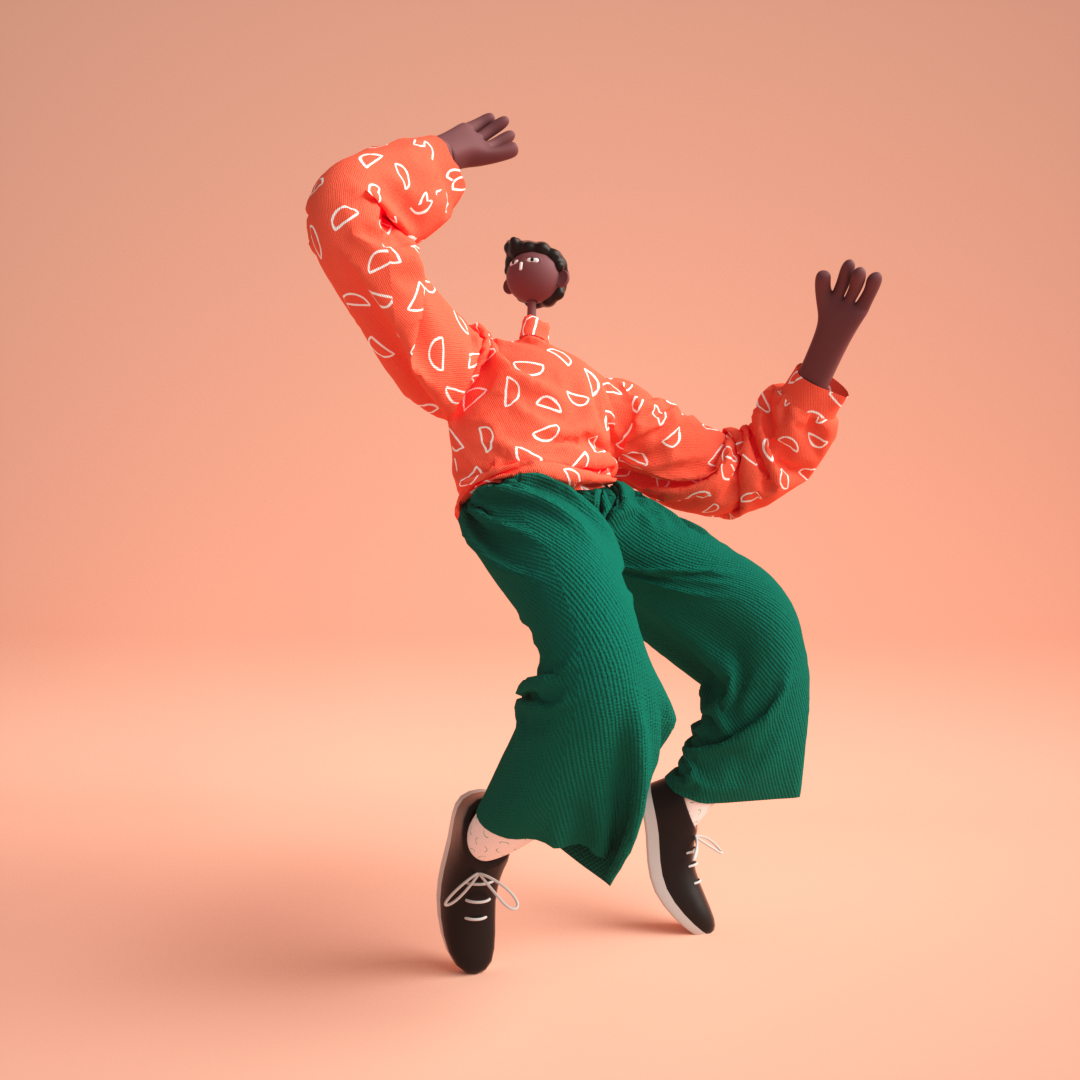 International Conference and Festival of Contemporary Character Design and Art

In May 2019, the 15th Berliner Pictoplasma Festival presents an all new selection of trailblazing and trendsetting character design and art—and provides a stage for artists to share their ideation processes and working methodologies. International creators and producers from illustration and animation, game design and graphic arts, meet for a central conference to exchange strategies for the future of figurative aesthetics, while the wider festival invites the public to delve into emerging worlds. Many of the participating artists present their work in gallery exhibitions throughout the city; cutting edge animation screenings light up the big screen; and performances bring characters face to face with audiences.

To celebrate the 15th anniversary of the festival, a central installation will focus on the power of abstract characters to trigger what we perceive as interaction—shifting the conversation away from the hype of AI and seamless immersion towards an investigation of what happens in the charged space between the viewer and the viewed. Held in Silent Green, a former crematorium in Wedding that hosted Pictoplasma’s group show back in 2015, this exhibition moves deep underground into the vast and freshly refurbished Concrete Hall that opens as brand new arts space in 2019.

The festival’s animation section will screen more than 100 selected short films in four programs, with most of the filmmakers present to discuss their work in Q&A sessions. The selection will include new narrationally and stylistically outstanding shorts, music videos and experimental films that have been produced by international studios or independent filmmakers. The deadline for submissions is February 15th, 2019. Further details at conference.pictoplasma.com/animation

Additionally, leading up to the festival, Pictoplasma invites international illustrators, designers and animators to join a new Call for Entries and turn universal emotional expressions into #CharacterReactionGIFs: anger, fear, sadness, disgust, surprise, anticipation, trust, or joy. The open call aims to reintroduce attitude, character, empathy and nonverbal gesture into our overheated social media feeds and end deplorable ALL-CAPS Whataboutism and the trolling avalanche of opinionated Internet acronyms in style: with emotional, poignant statements that perfectly sum it all up and leave nothing more to say. A selection of entries will be presented at the festival in a curated installation, while three participants receive a free festival and conference pass, granting full access to all lectures, workshops, screenings, exhibitions, presentations and parties.

REGISTRATION
Participation in the three-day Pictoplasma Conference (09–11 May) requires prior online registration, available for 290 Euro. Student and group discounts are available. Tickets for the festival’s animation screenings will be available at the box office of Kino Babylon Mitte. Entry to all exhibitions is free of charge.

First confirmed speakers include:
Cabeza Patata (UK/ES)
Their name translates as “potato head” and their trademark characters have very round heads on spindly necks. The illustration and animation studio formed by English craftswoman and illustrator, Katie Menzies, and Spanish 3D artist and animator, Abel Reverter is building a world of strong but playful characters with bold colors and no-nonsense attitudes which are cropping up everywhere, from street murals in Barcelona to 3D animations for the Royal Society for the Arts.

Cornelia Geppert (DE)
Cornelia Geppert is CEO and creative head of Jo-Mei Games, and responsible for all artistic aspects of her upcoming adventure video game “Sea of Solitude,” in which the player controls a young woman named Kay as she explores an abandoned, submerged city and its creature in order to reveal why Kay herself has turned into a monster. Cornelia describes the project as her most personal and artistic, in how it led her to probe her own fears and emotions.

dina Amin (EG)
The designer from Cairo loves exploring the intersections between various disciplines. In 2016 she started “Tinker Friday,” an Instagram project where she combined her passion for product design and stop motion to reflect on consumerism. dina continues to tinker, making new items out of old, and recently expanding into “Tinker Studio” where she produces stop motion videos for diverse clients and companies around the world.

Elenor Kopka (DE)
Elenor Kopka is a freelance animator and illustrator best known for her grainy, black and white wormy characters and ever-transmorphing blobs. Drawing inspiration from ghosts and cartoon metamorphosis, she is working on animated shorts, Gifs and music videos.

Félicie Haymoz (CH/USA)
The Brooklyn-based Swiss illustrator has become Wes Anderson’s go-to character creator, first on “Fantastic Mr. Fox” and then on “Isle of Dogs.” All her designs have been produced as elaborate puppets for stop motion films. Félicie also works on various commercial projects, creating a wide variety of characters and concept art for stop ­motion­, digital 3D, and cut­out animation production, or producing painting and graphic design for books, magazines, and album artwork.

Jeron Braxton (USA)
The self taught 3D animator explores the black American experience via surreal Playstation 2 aesthetics. “Glucose,” his short film investigating the history of sugar as the engine of the slave trade, won the Animated Short Film Jury Award at Sundance Festival 2018. His much-anticipated follow-up, “Octane,” touches on issues such as the genealogy of the police from runaway slave patrollers.

Laurie Rowan (UK)
An award-winning animator and illustrator based on the south coast of England, Laurie is renowned for his commercial moving image and game design work for high profile clients and campaigns. He recently emerged with his own brand of wobbly characters, exploring grotesque corporeality, rhythm and movement.

Luke Pearson (UK)
The illustrator and comic book artist from Nottingham is best known as the creator of the “Hilda” graphic novels and the Netflix animated series based on them. He has worked as a storyboard artist on “Adventure Time,” occasionally draws non-“Hilda” comics, and also likes to create animations with his partner, illustrator and author Philippa Rice.

Nikita Diakur (DE)
The Russian-born filmmaker is best known for his projects “Ugly” and “Fest,” which have received much critical acclaim at film festivals around the world. His signature style is dynamic computer simulation that embraces spontaneity, randomness, and error. Diakur regularly gives talks and workshops at festivals and universities, recently undertook a residency at Q21 in Vienna, and is a member of the European Film Academy.

Philippa Rice (UK)
The #1 New York Times bestselling author of “Soppy” works across a broad media spectrum, from comics, illustration, and animation to model making and crochet. Her other works include the collage-based webcomic “My Cardboard Life” and her stop-motion animated crochet characters. Philippa lives in Nottingham with her partner Luke Pearson and their daughter. She uses her own life as the basis of much of her work.

Sos Sosowski (PL)
The self declared mad scientist of video games is the creator of “Thelemite,” “McPixel” and many other games you might have never heard about. The former school teacher turned hopelessly addicted to game jams and is currently on a quest to create the “worst” video game ever: “Mosh Pit Simulator”—a VR experience about a world that is overrun by brainless humanoids, that desperately try to continue as usual (go shopping, on dates, drive cars). It’s up to you, the player, to show empathy—or get in their way.

The full artist lineup and all details on the exhibitions, performances, parties, and screening programs will be announced in early March.

Where?
Babylon am Rosa-Luxemburg-Platz, ACUD, Silent Green
and a series of exhibitions throughout Berlin 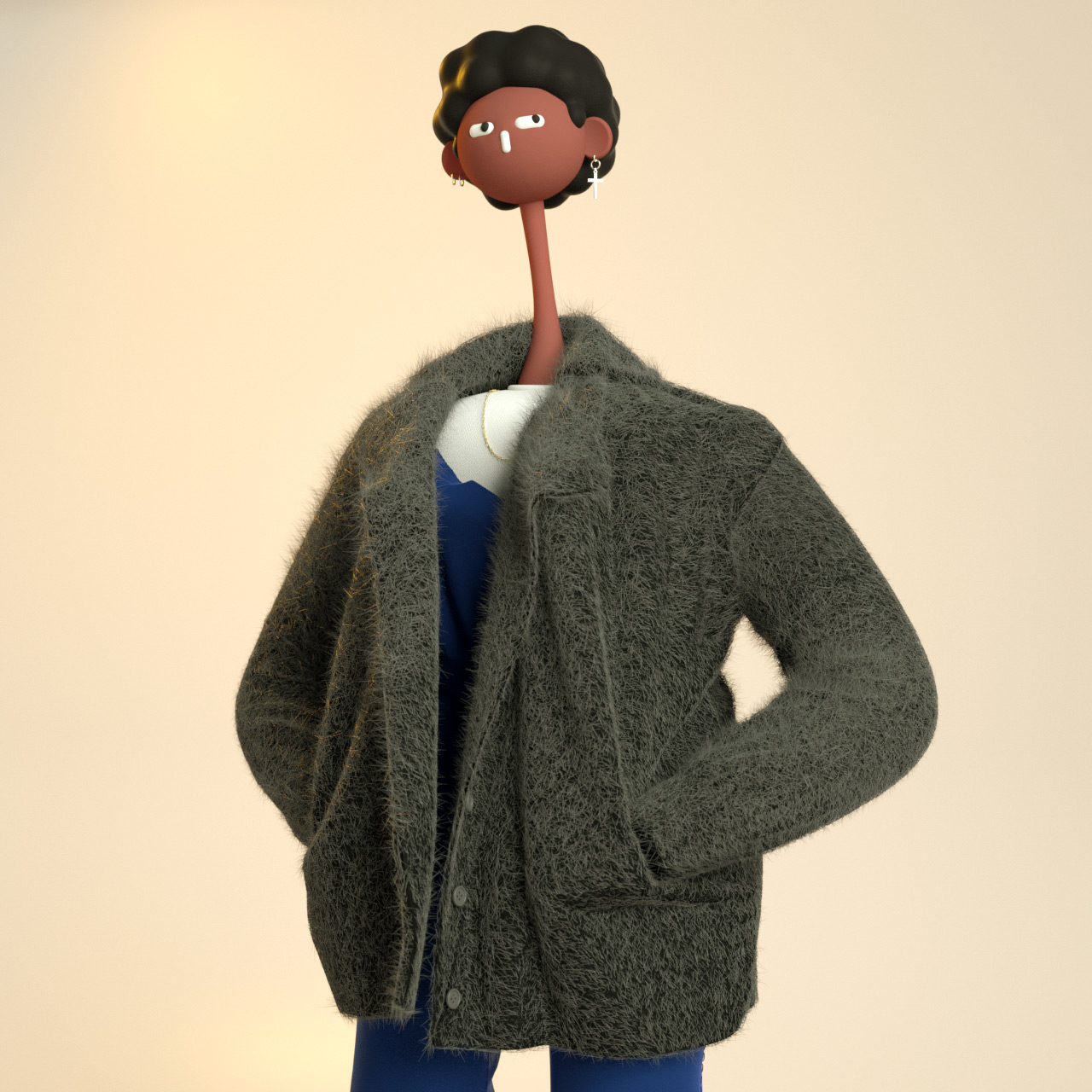 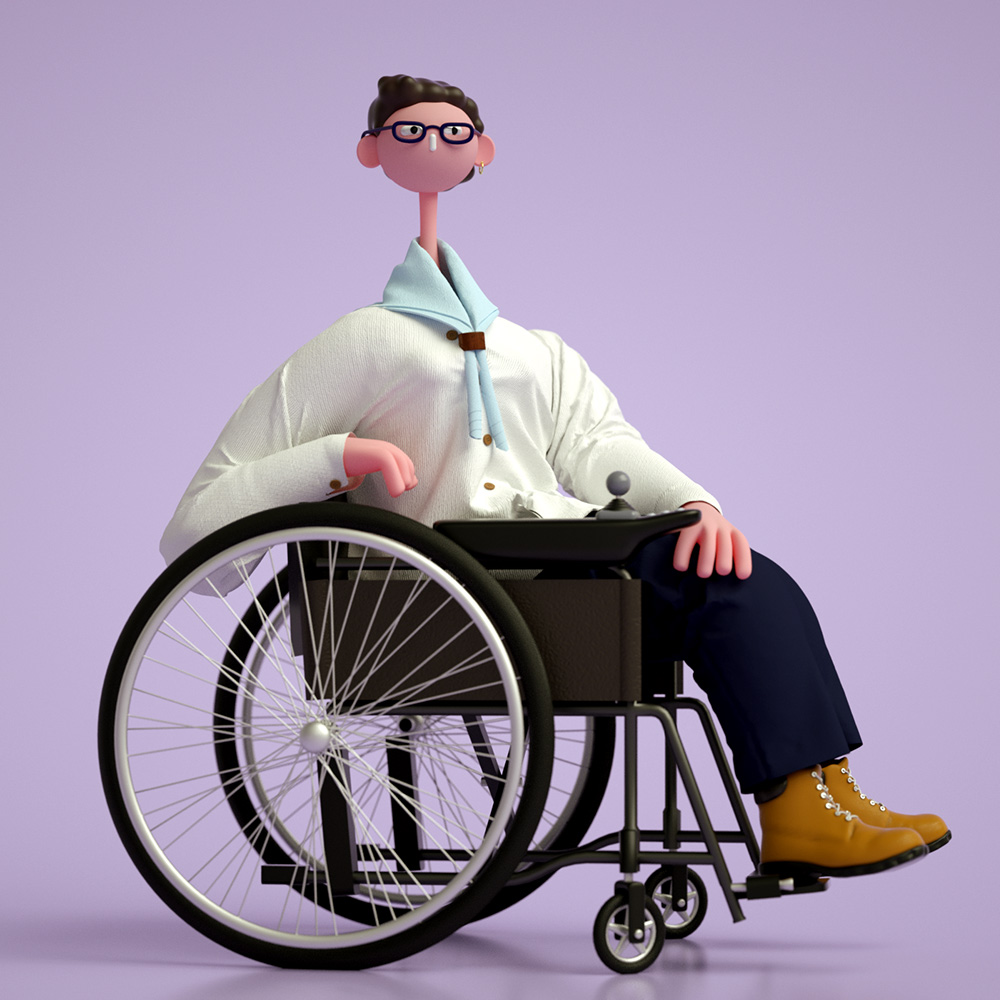 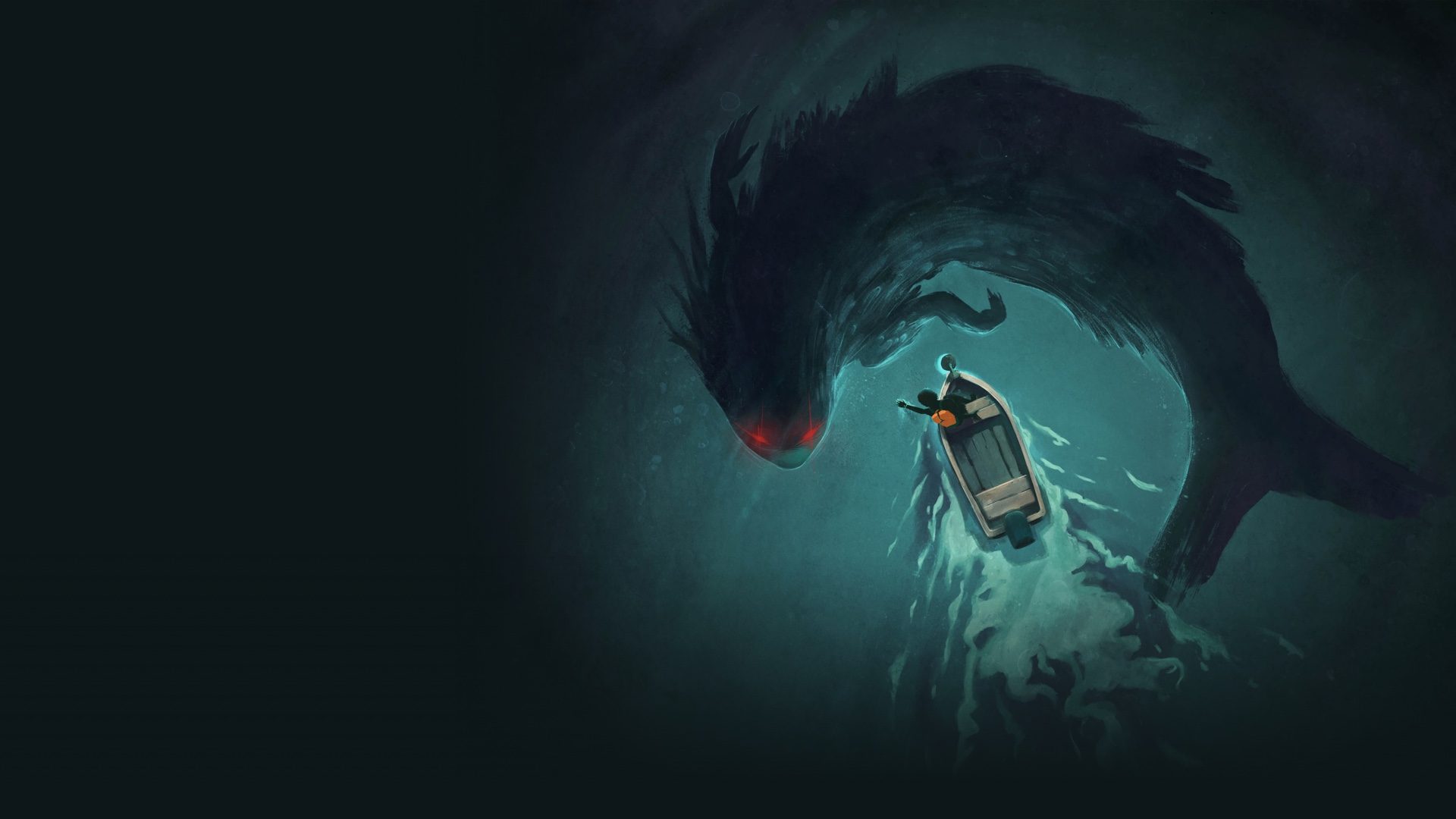 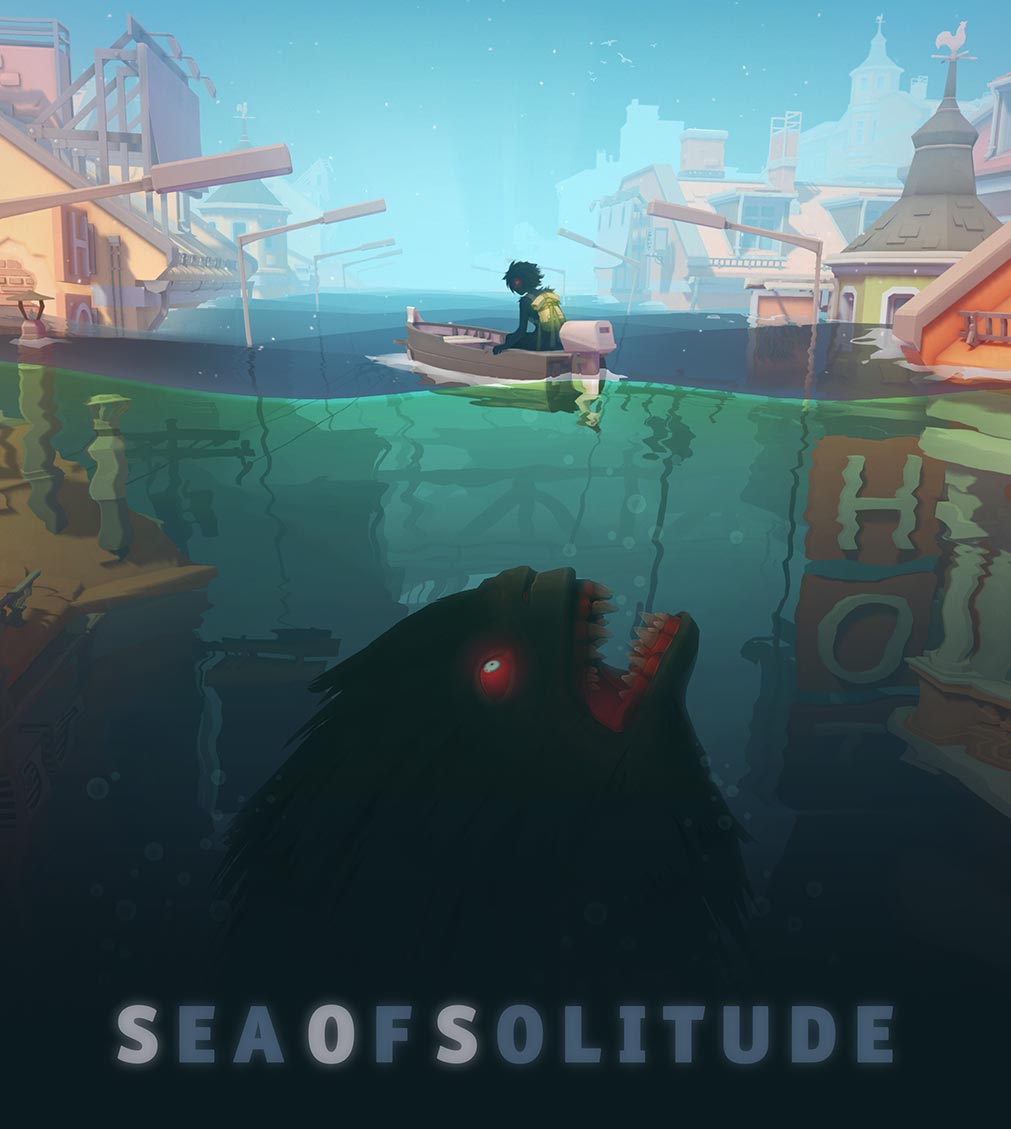 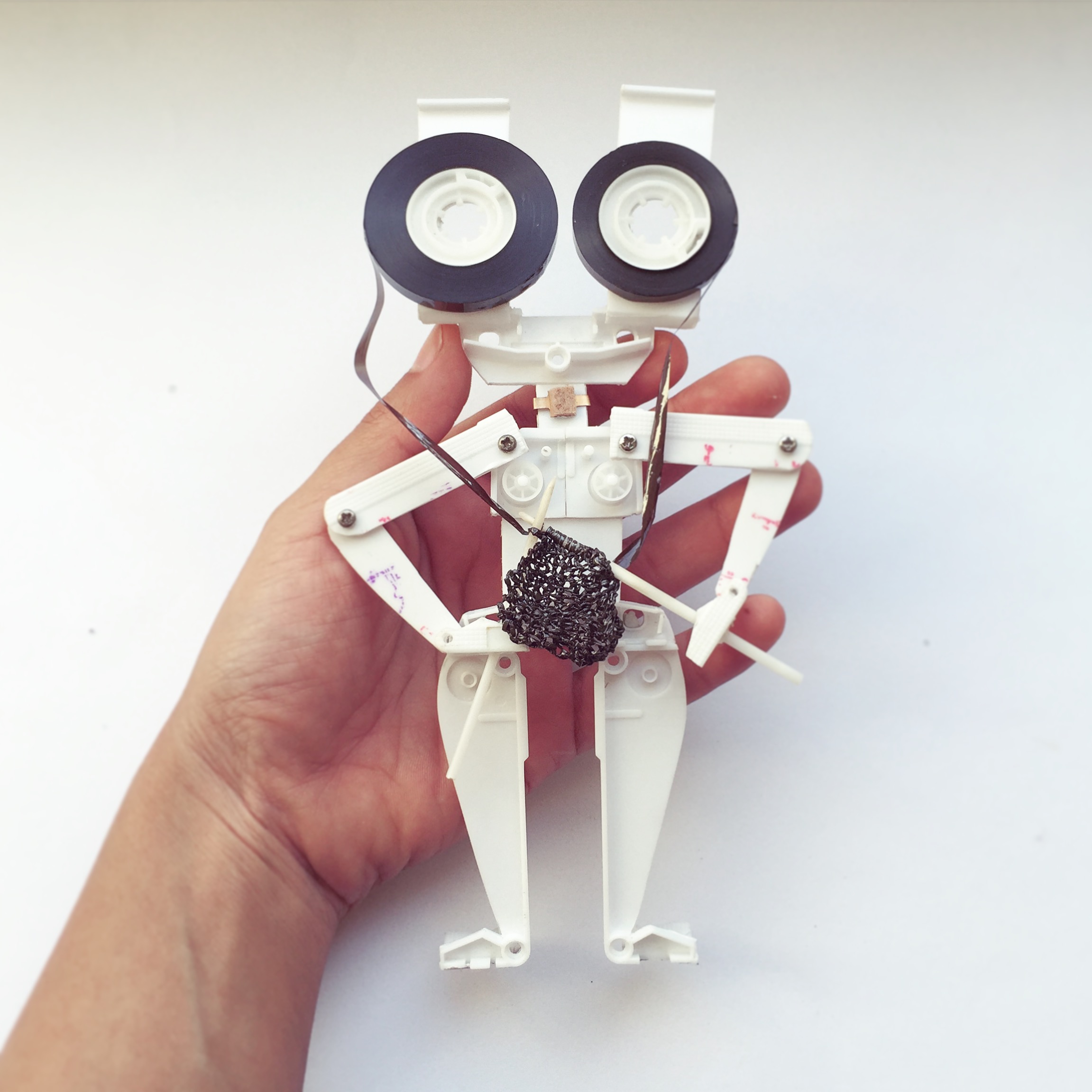 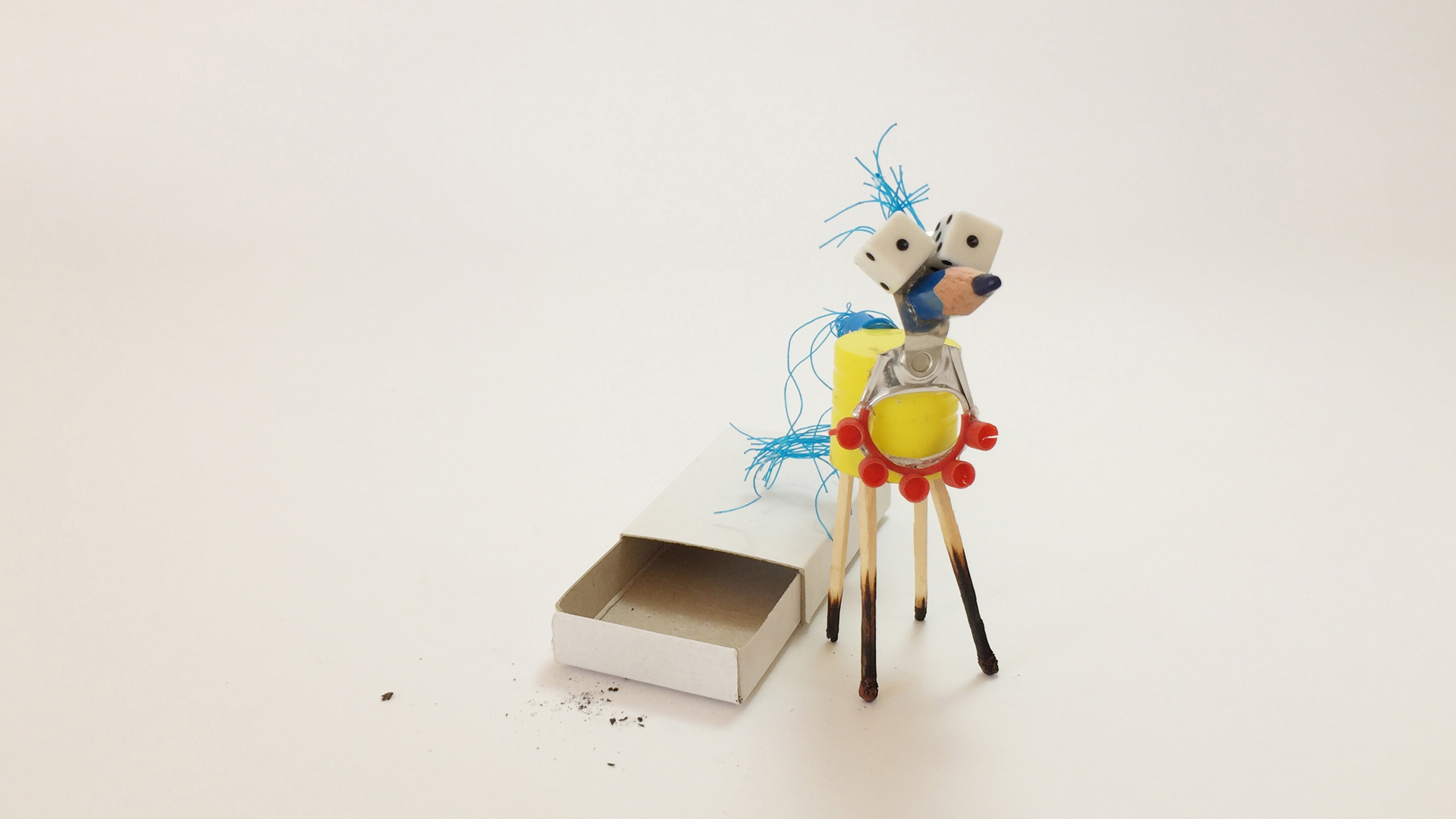 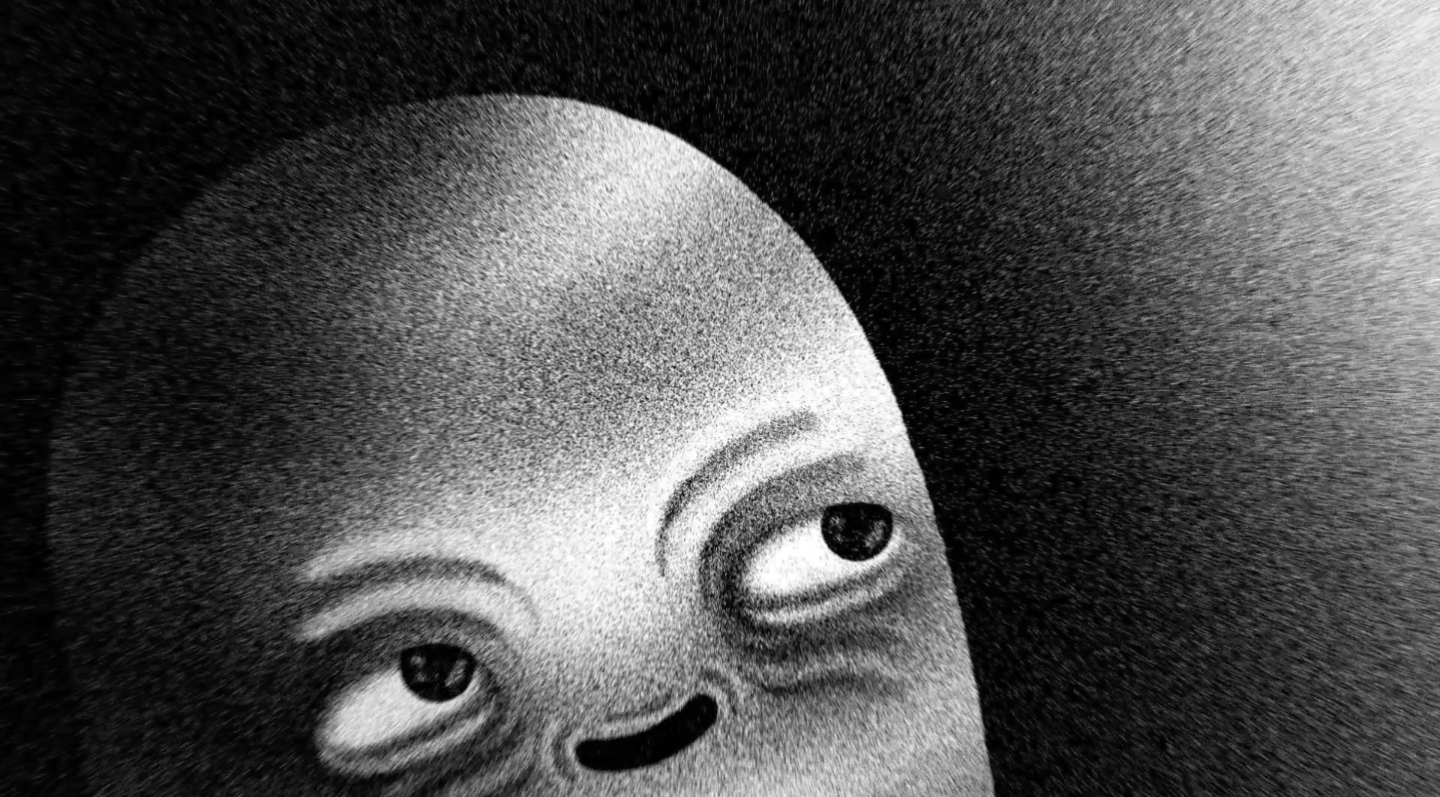 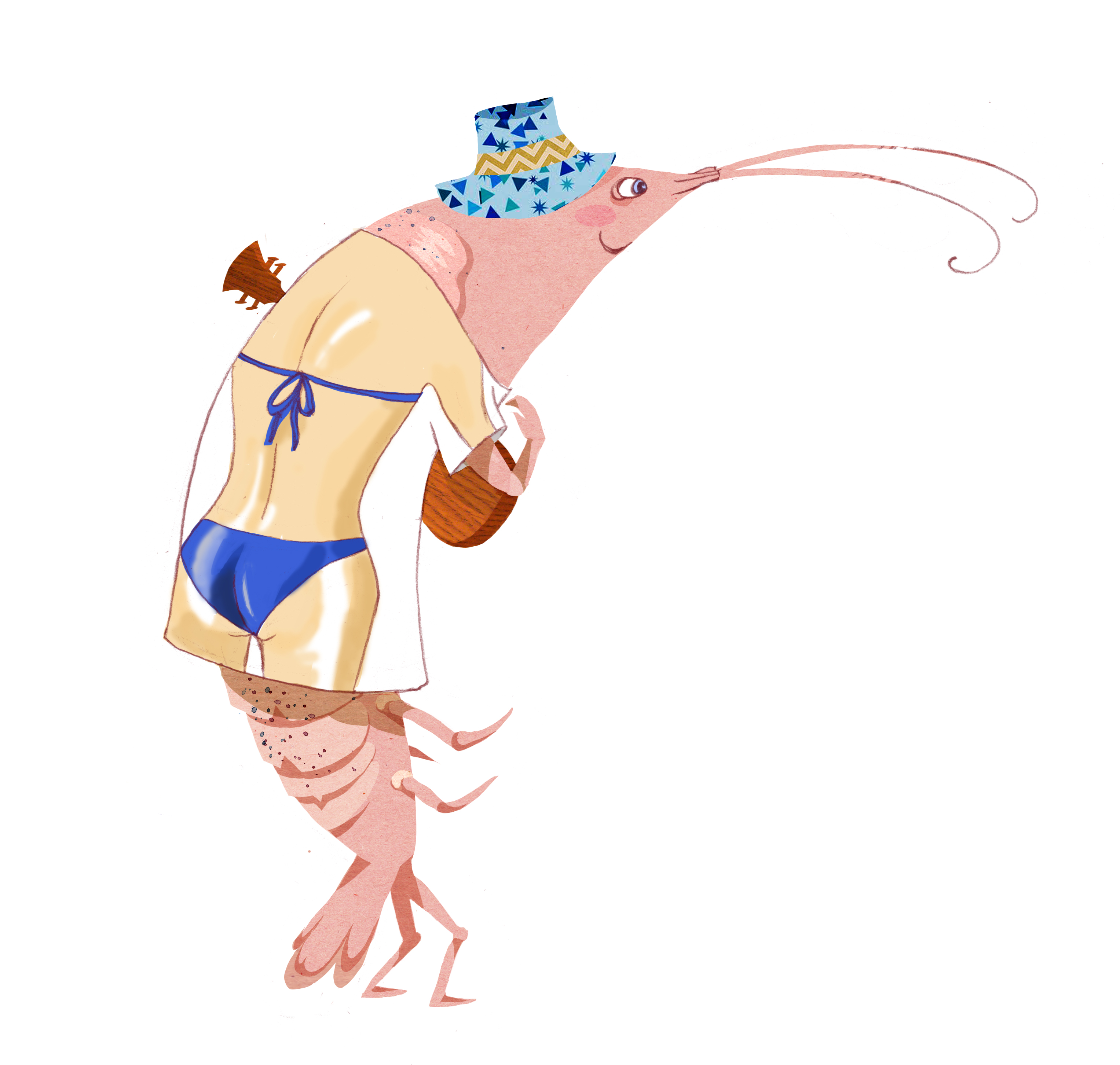 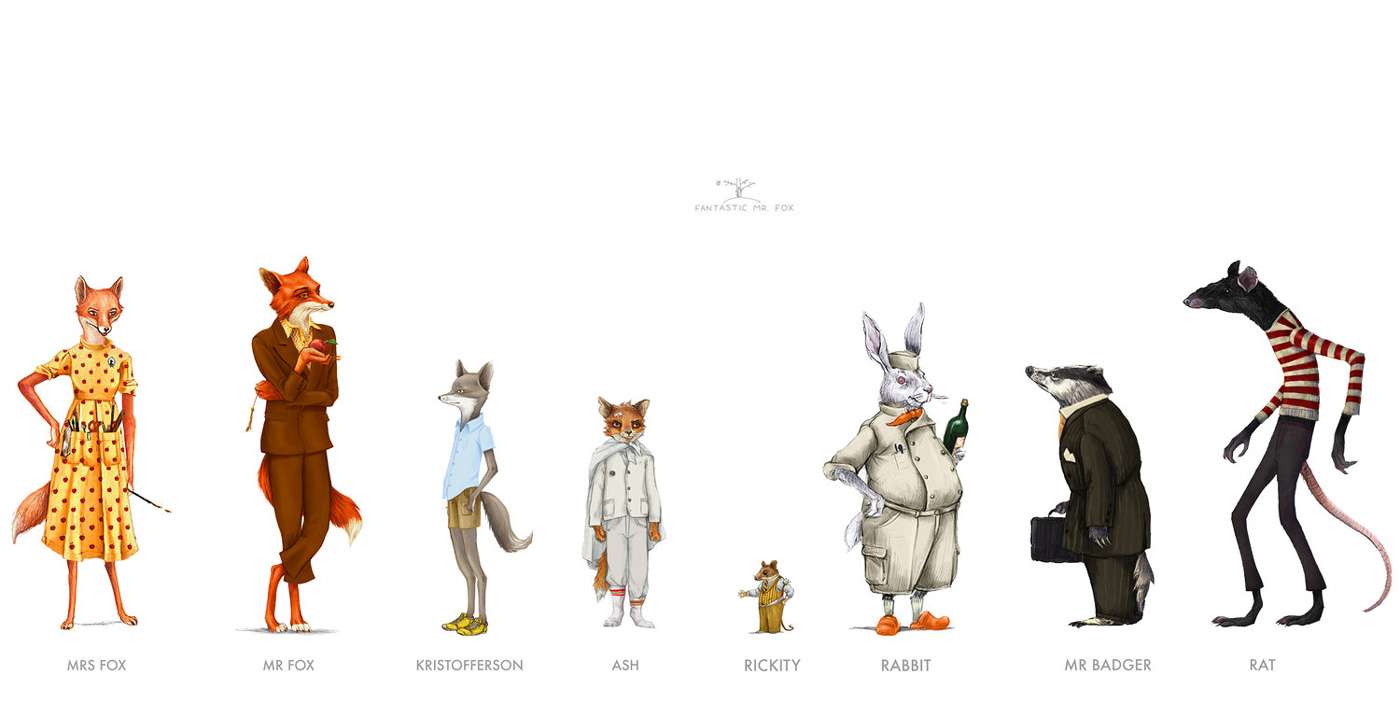 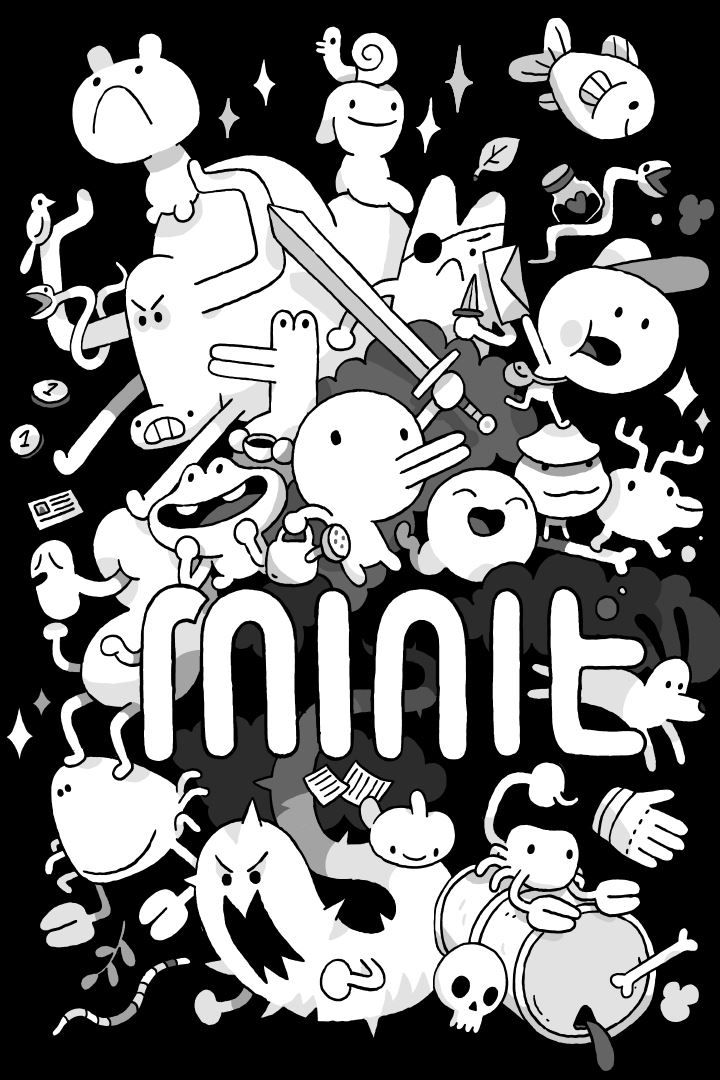 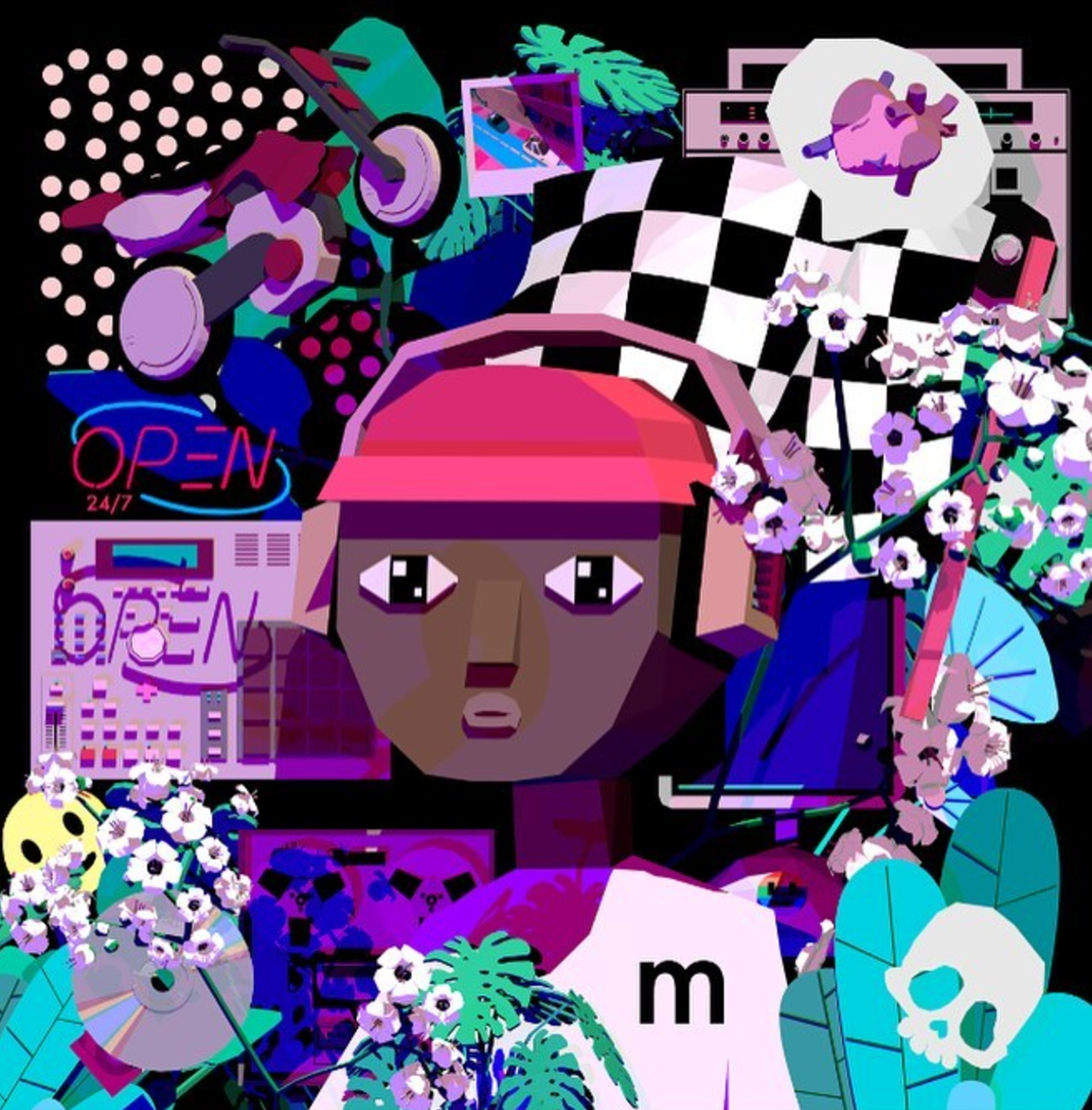 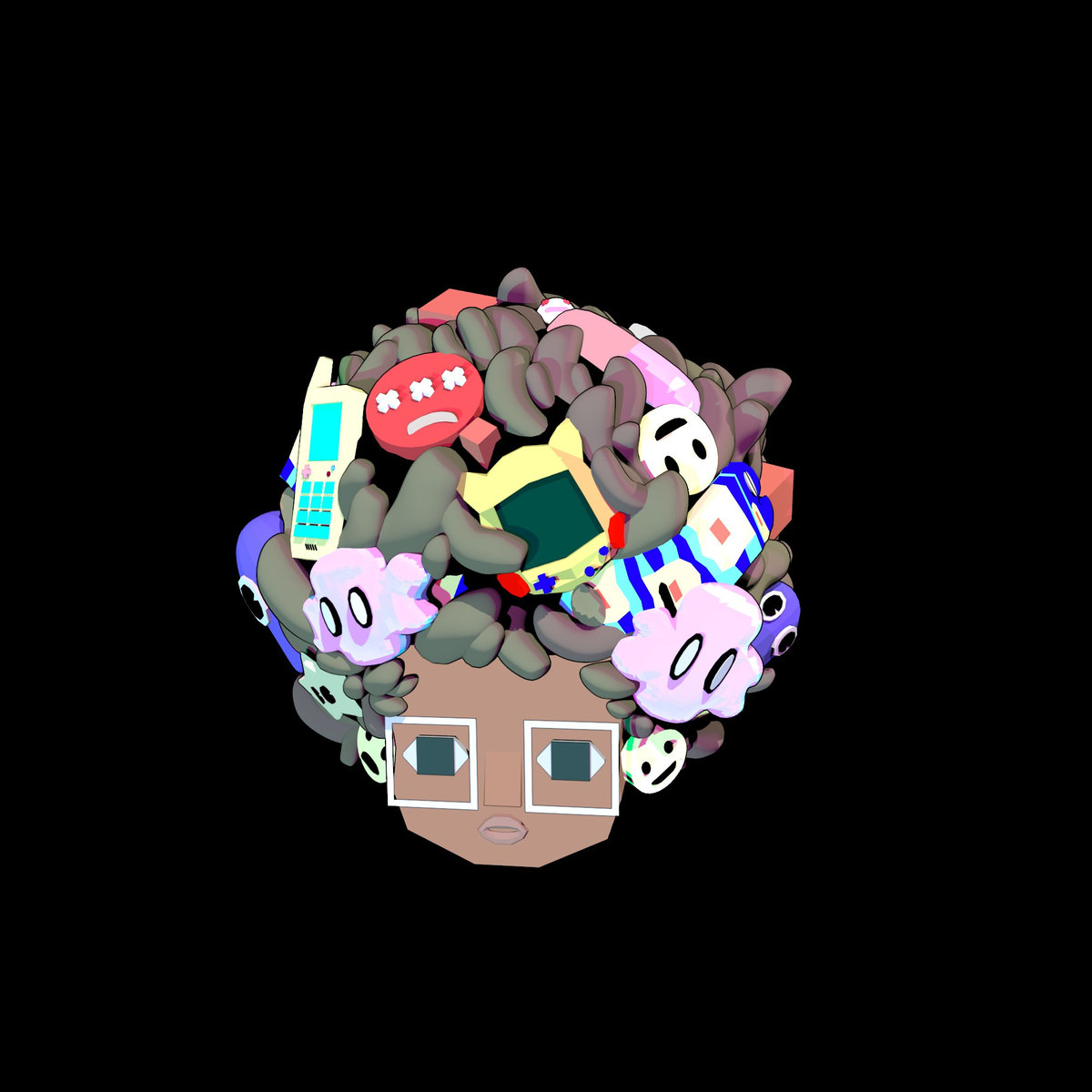 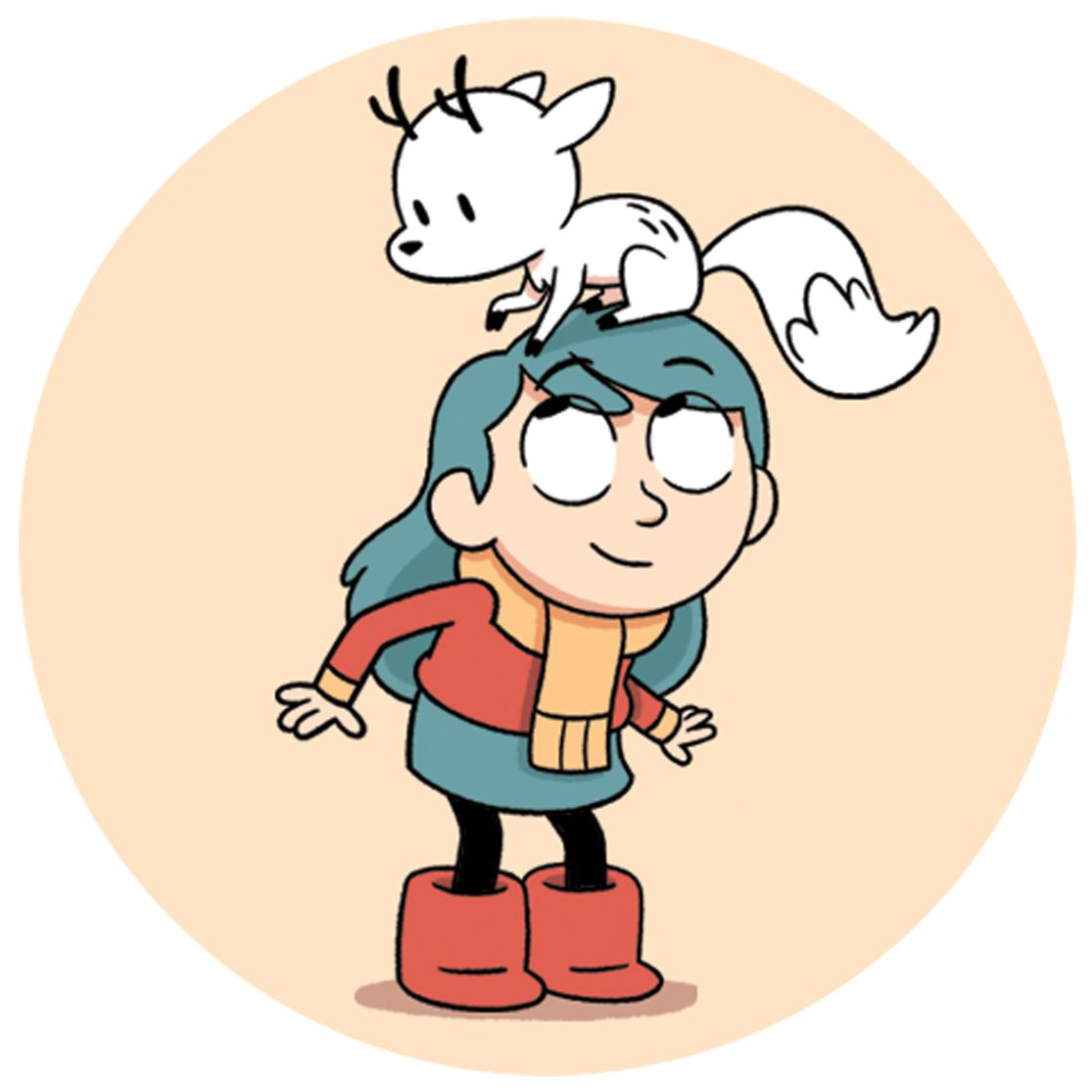 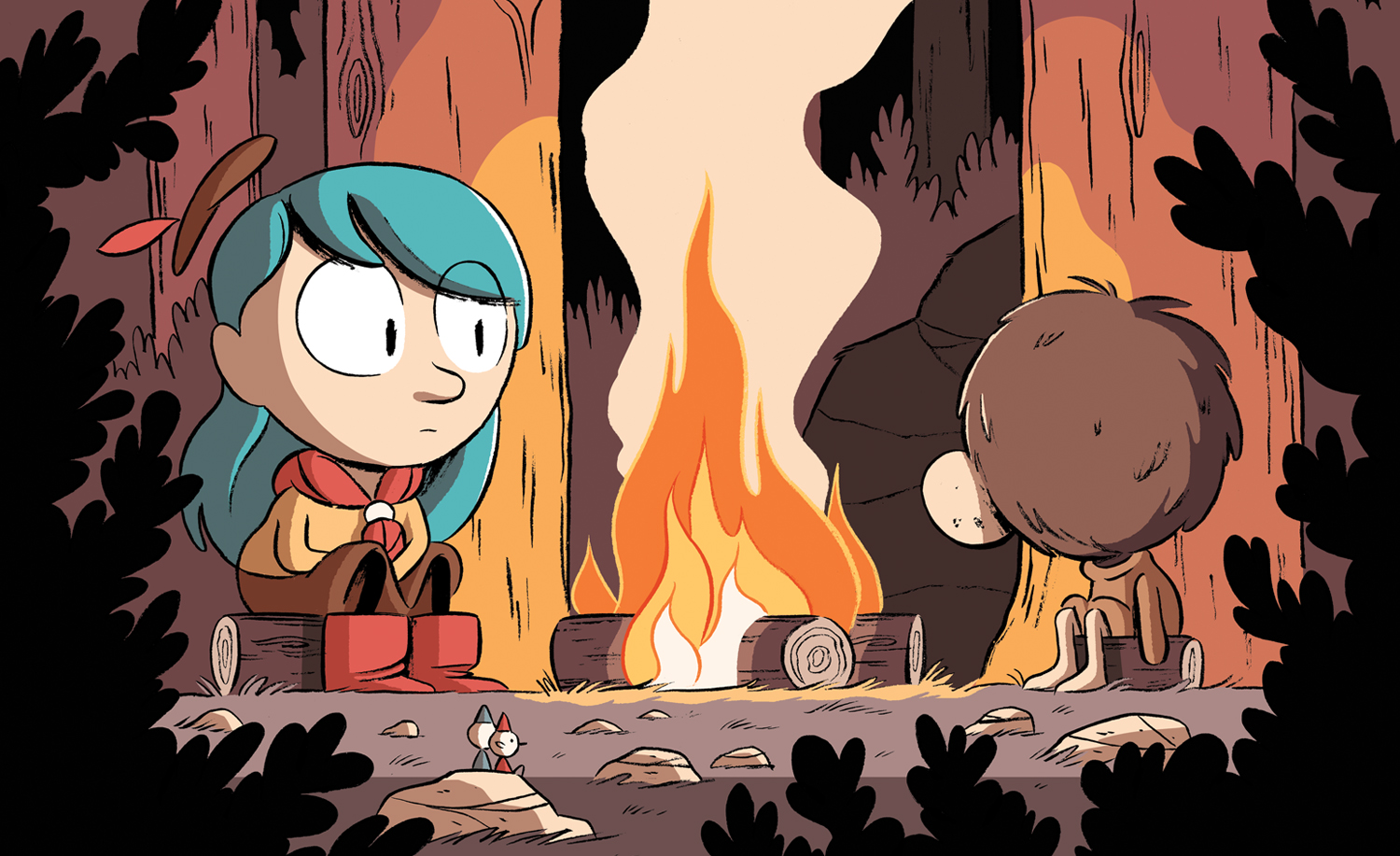 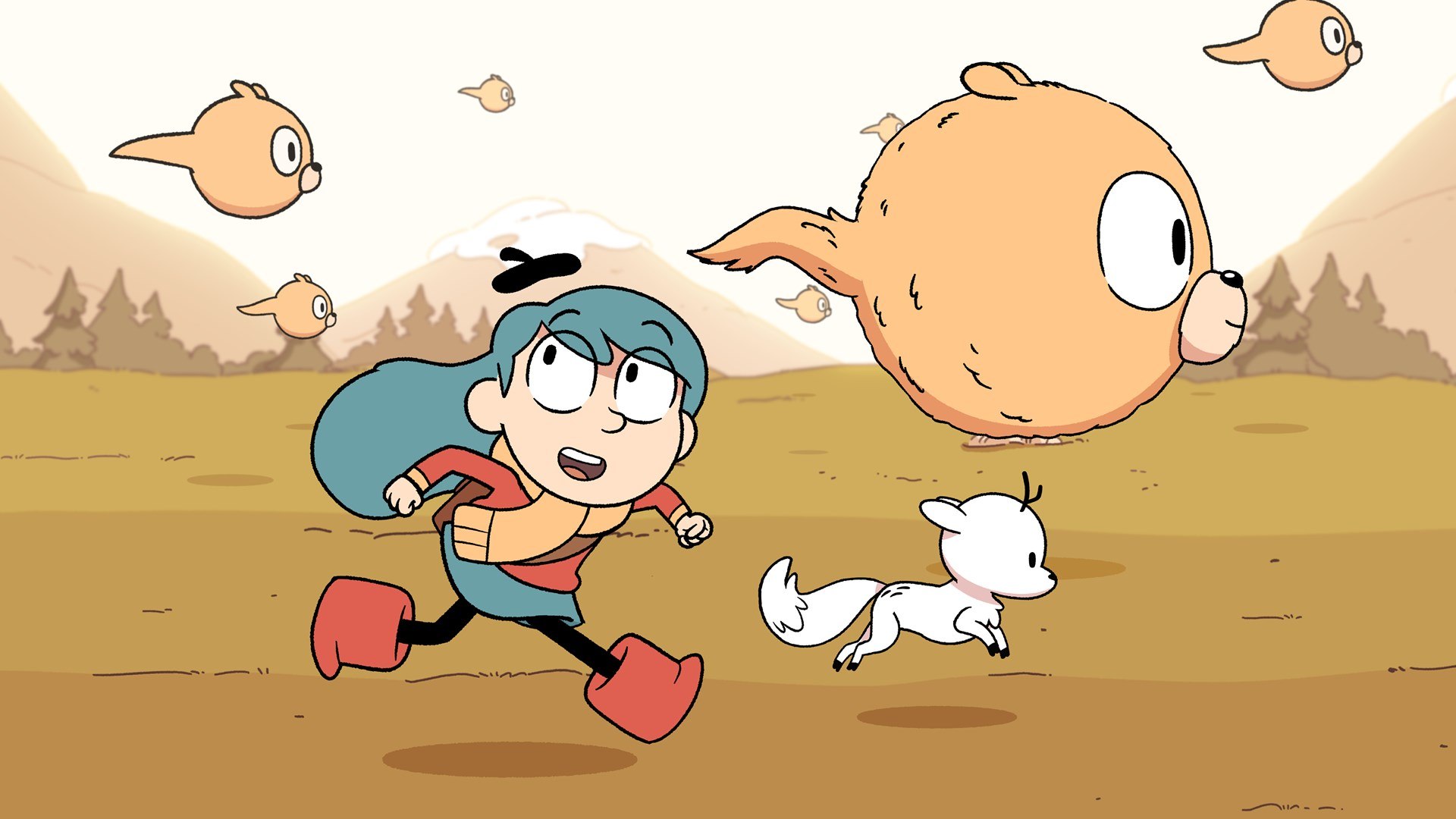 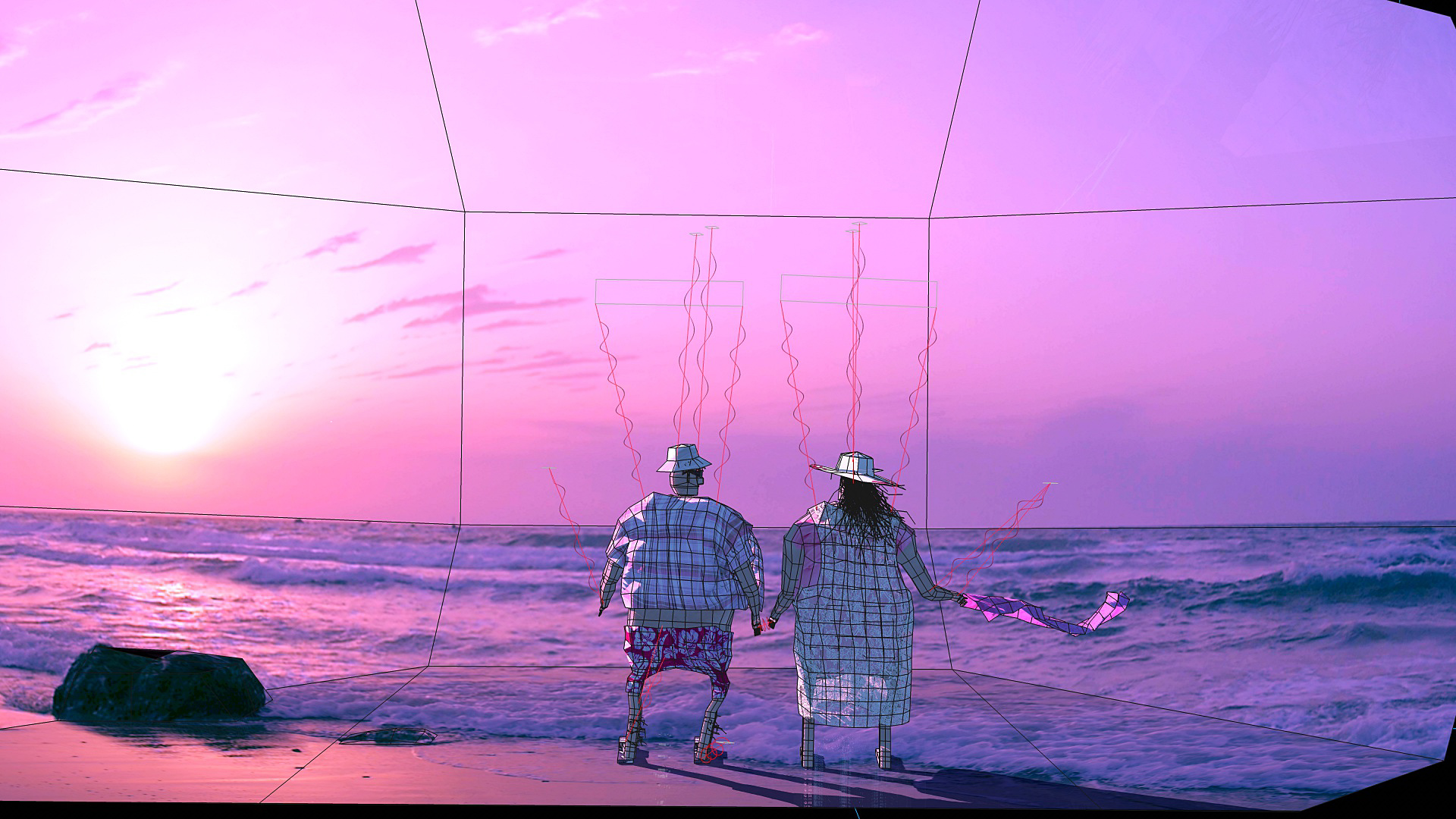 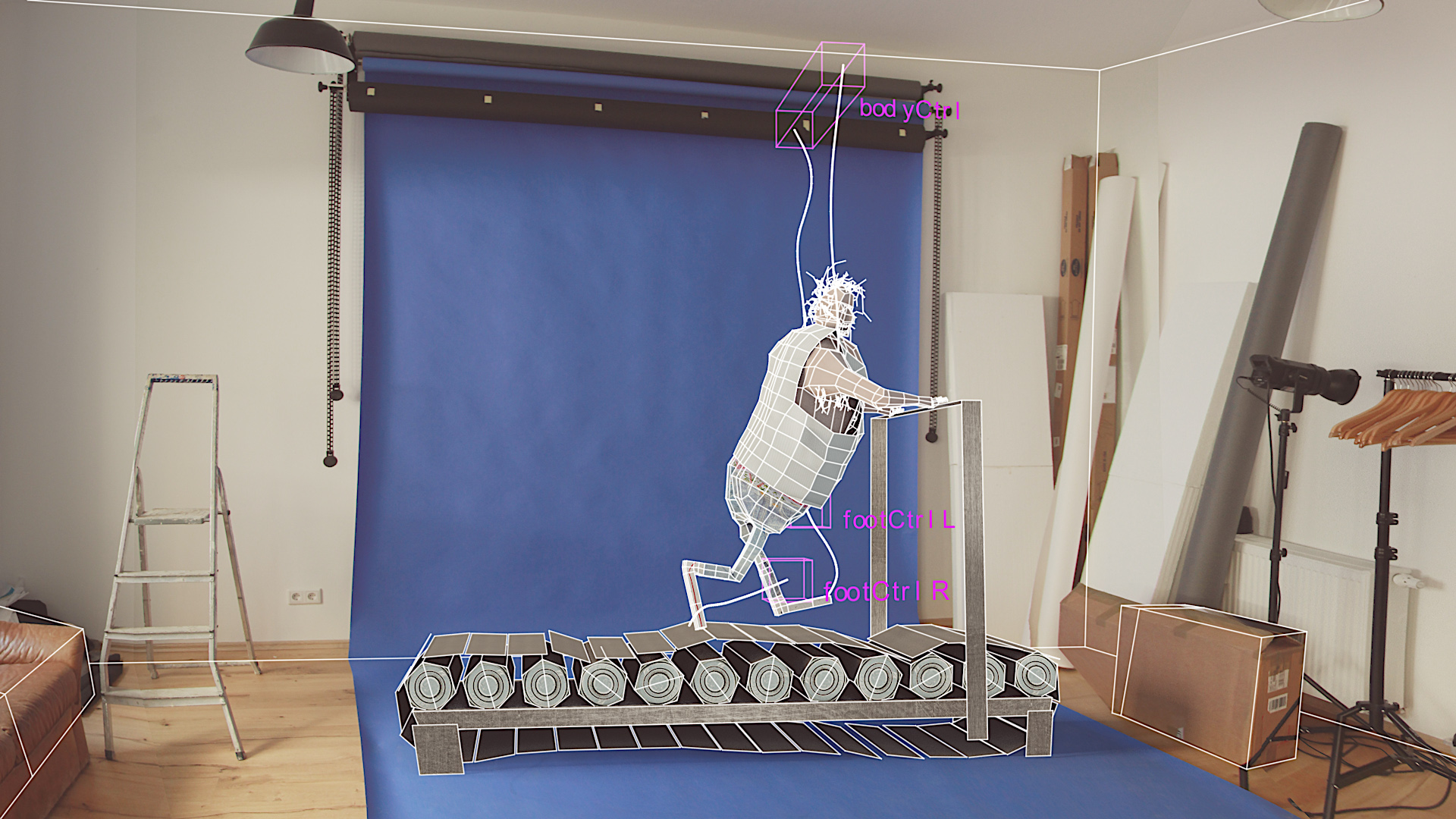 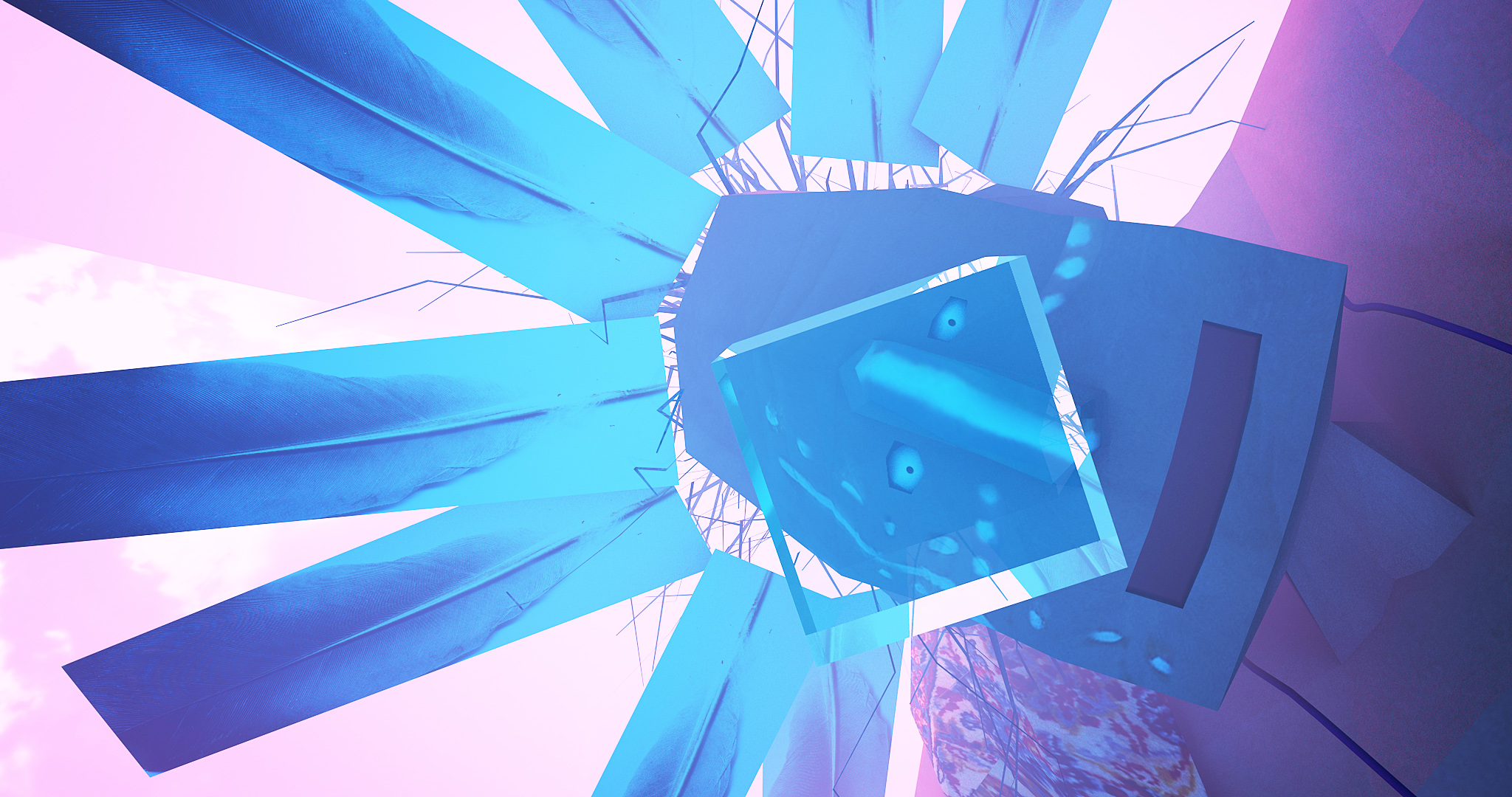 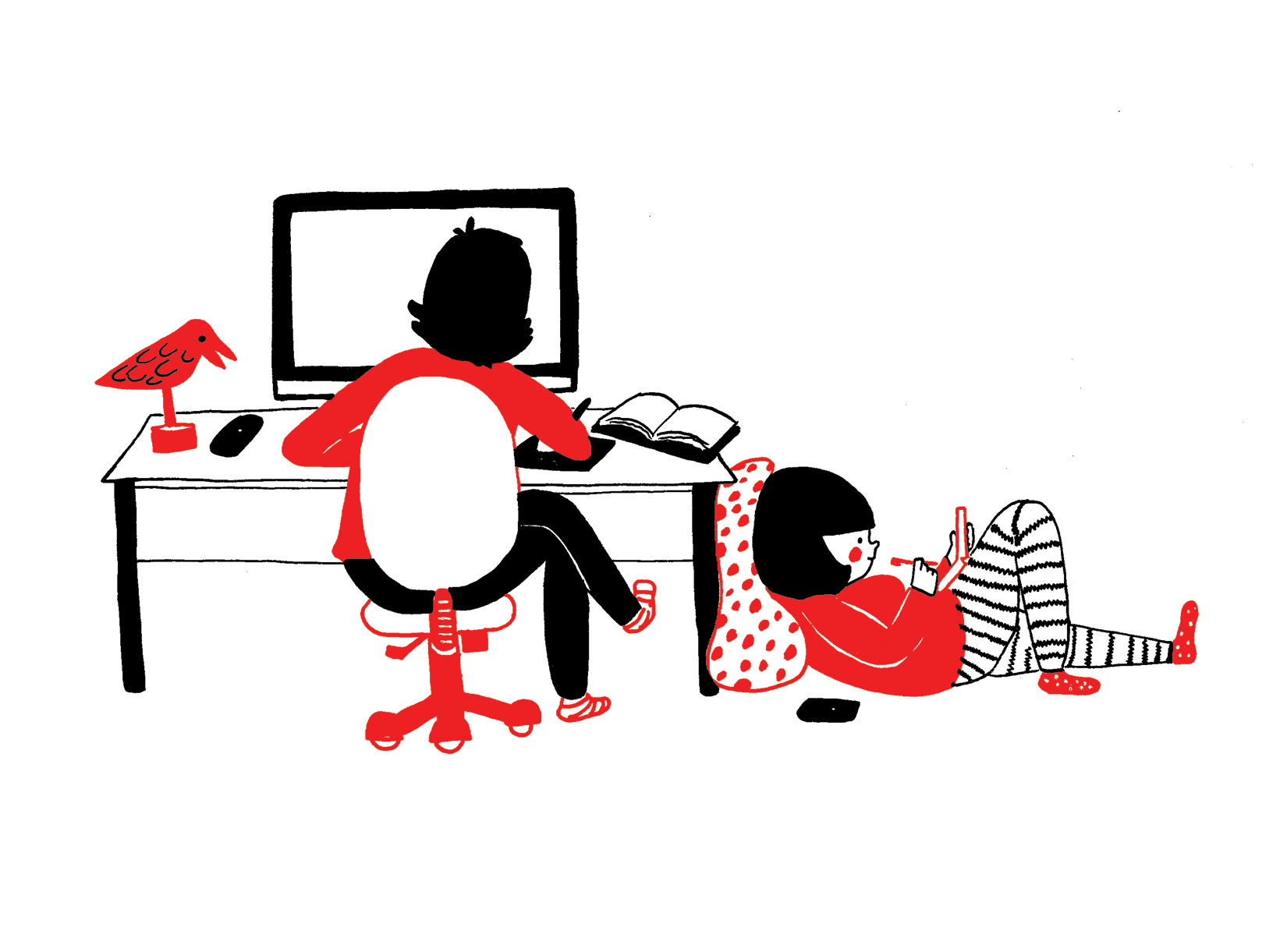 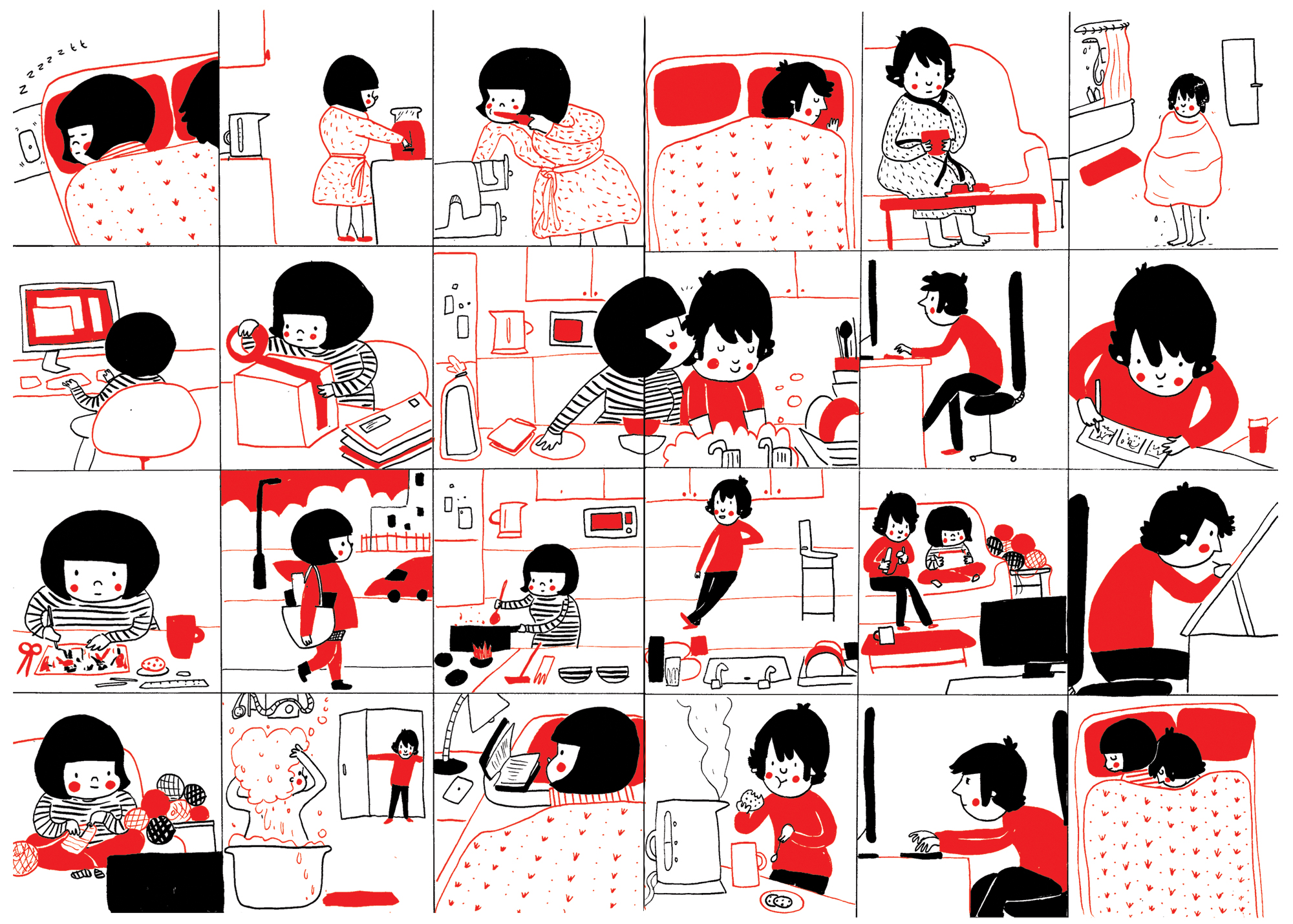 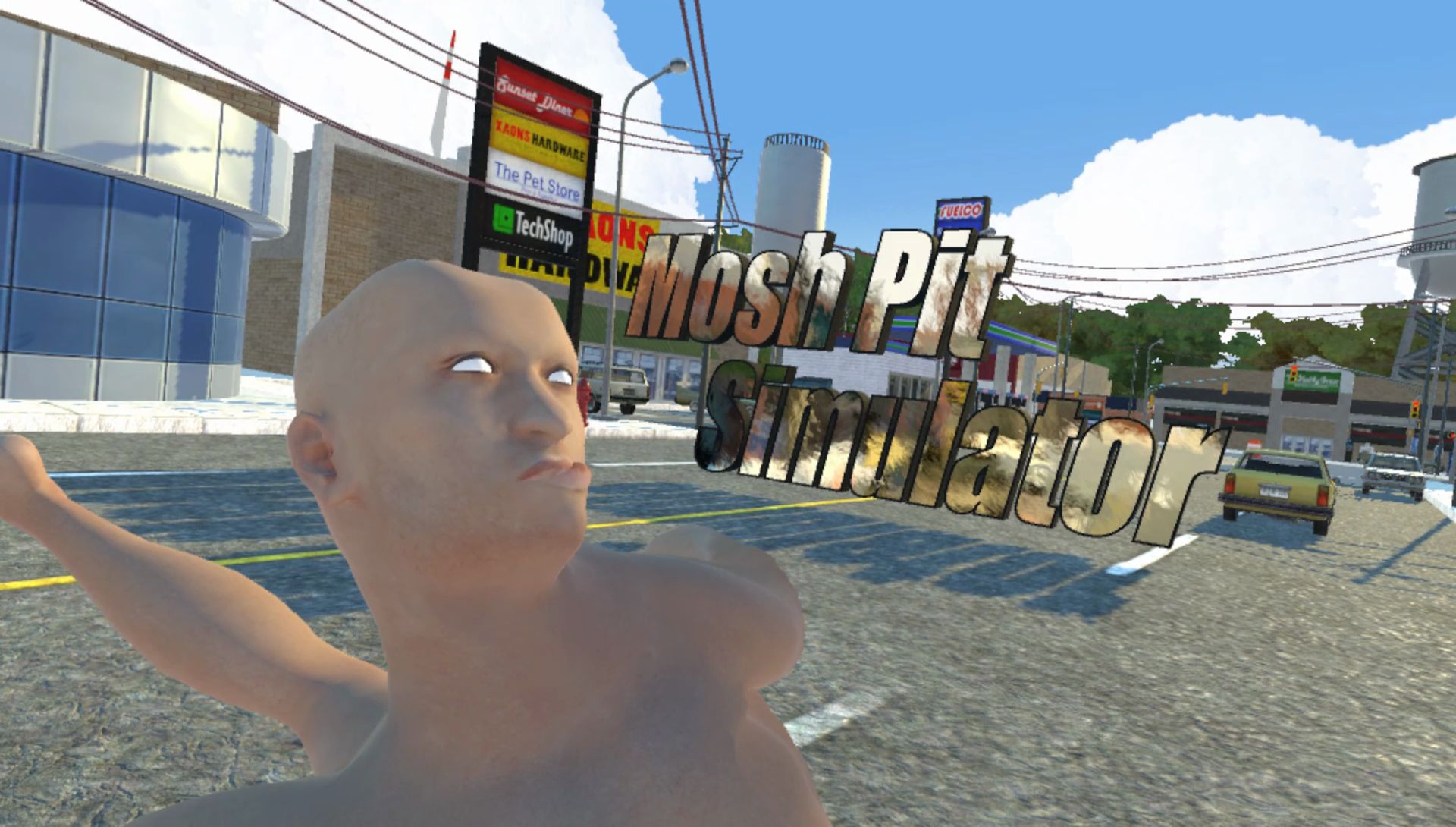