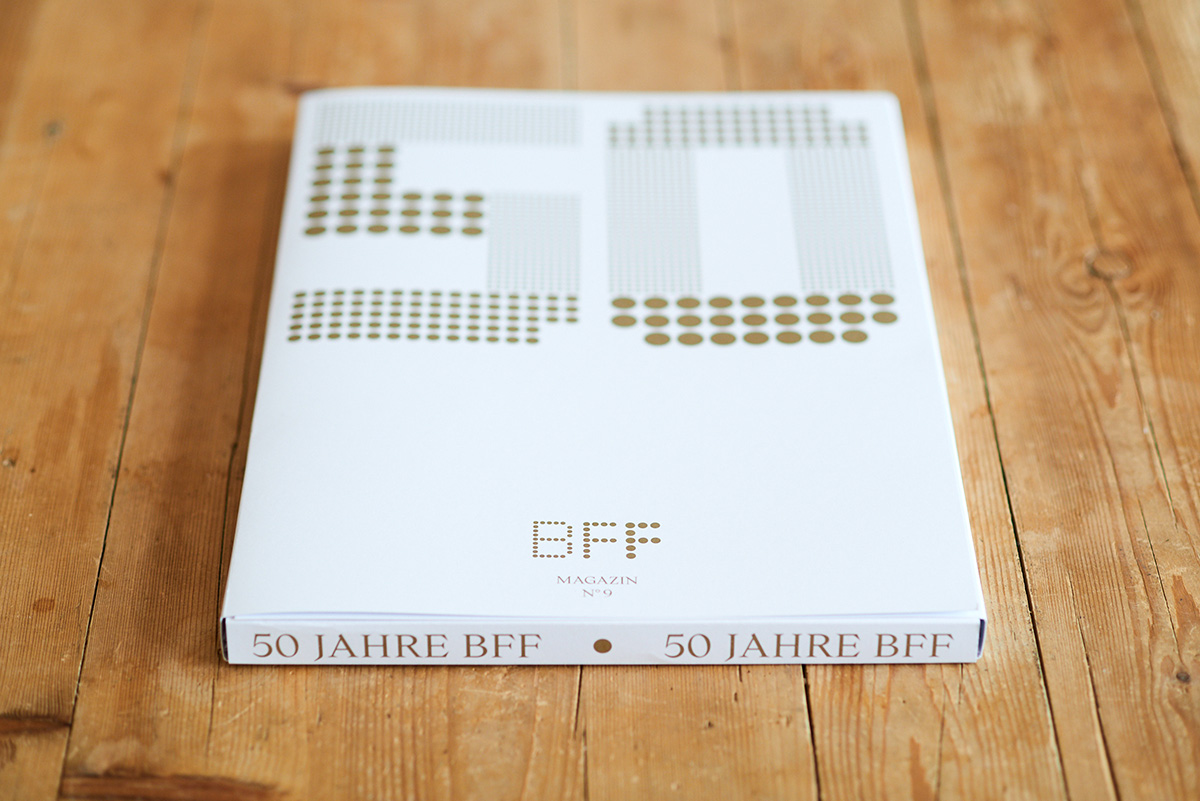 The 50th anniversary of the BFF is celebrated with a very special issue of the magazine: The photographers present their best pictures … as POSTER!

The BFF Bund Freischaffender Foto-Designer (Association of Freelance Photo Designers) was founded on 18 January 1969 by Walter E. Lautenbacher. In 2013 the Bund was renamed BFF Berufsverband Freie Fotografen und Filmgestalter e.V. (Professional Association of Freelance Photographers and Film Designers). This year it celebrates its 50th anniversary. On this special occasion the BFF published a special issue of the BFF Magazine: The best photos in poster format.

BFF Magazine #9 is a DIN-A3 large and approximately 2–3 cm thick white folder with a gold imprinted 50 on the title page seems already at first sight very solemn and special. The border is printed with “50 Jahre BFF.” The weight and the thickness promise a lot of content. The folder has two large flaps, which have to be opened to get to the posters. They are printed with information about the edition as well as the names of all participants. The posters are protected by two small flaps from falling out from both the top and bottom, which arouse curiosity with their also golden inscription “54 Poster.” The stack of posters is covered by two introductory texts, which thematically place the posters in the anniversary context.

The posters are folded in the middle, the photo is hidden from the curious observer inside. The name of the photographer is shown in golden letters on the front, and the participants are presented in a short interview on the back. Three short sections inform about the history of the photograph and the way the photographer works. The photos inside are printed full-sized. All photos are presented on a DIN A2 double page in both portrait and landscape format, which can be taken out and hung up. 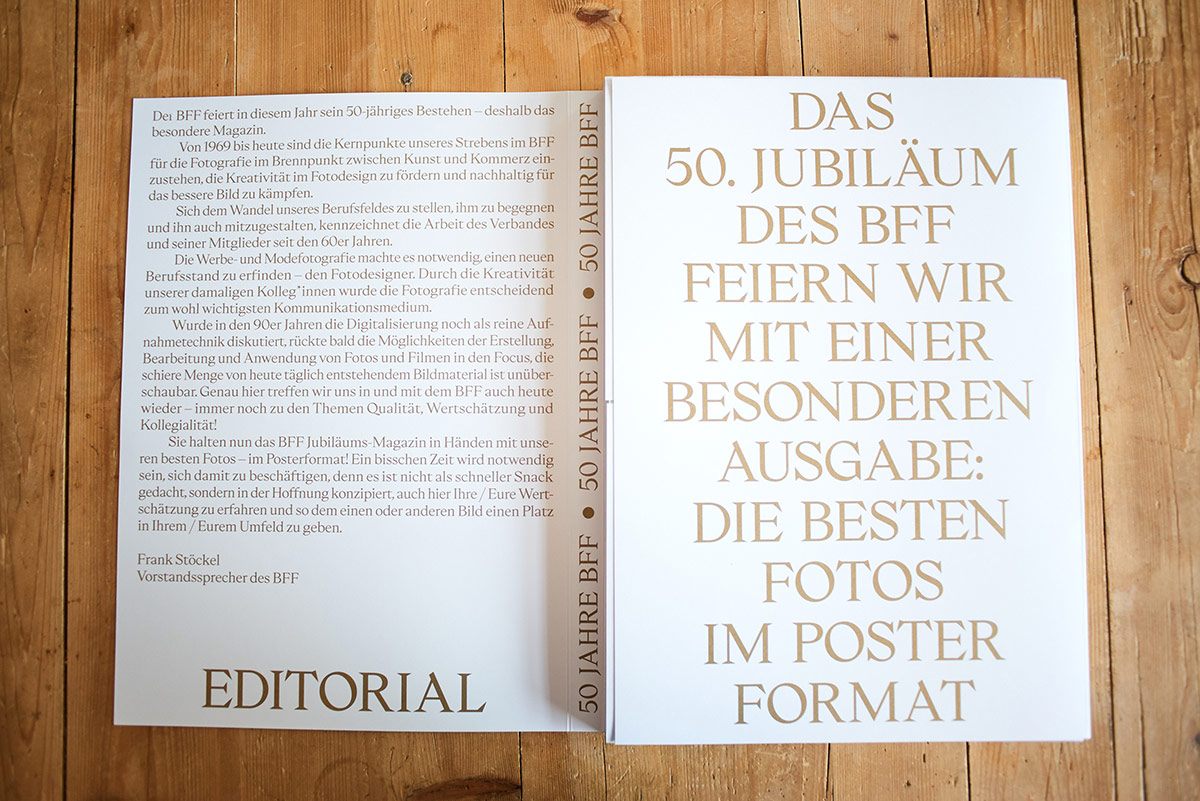 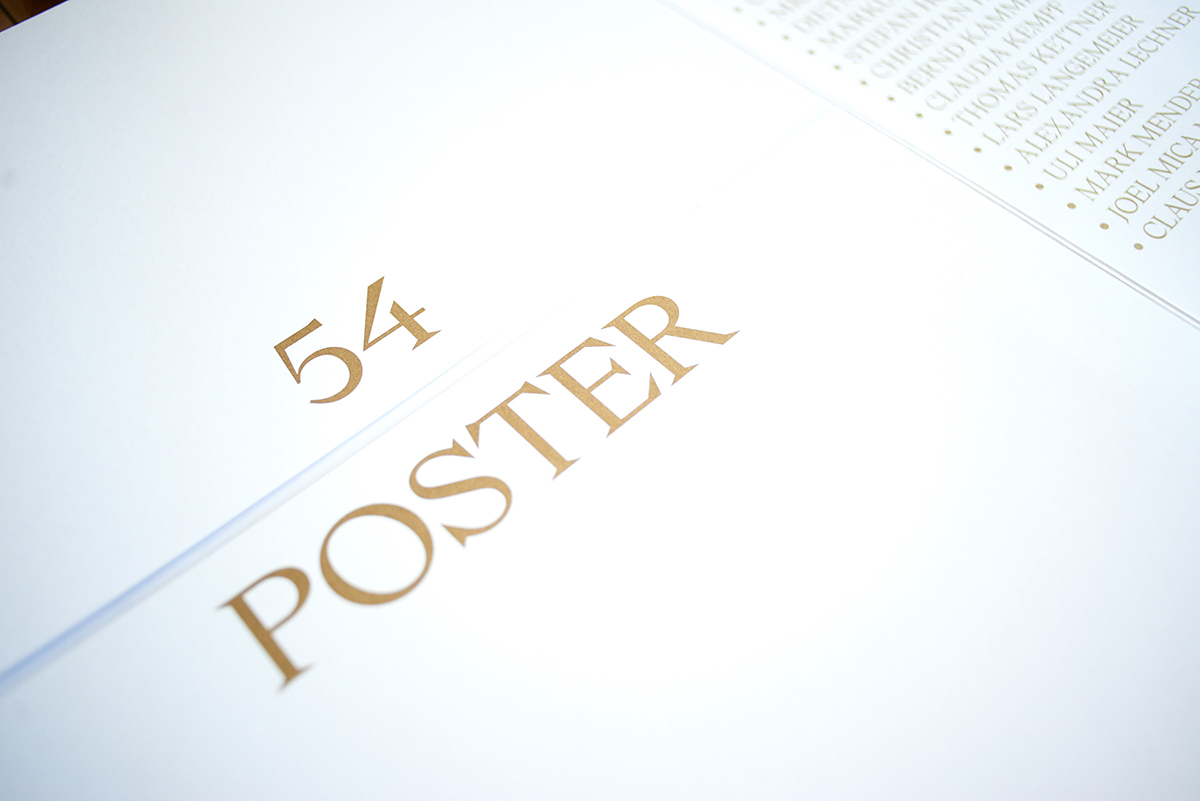 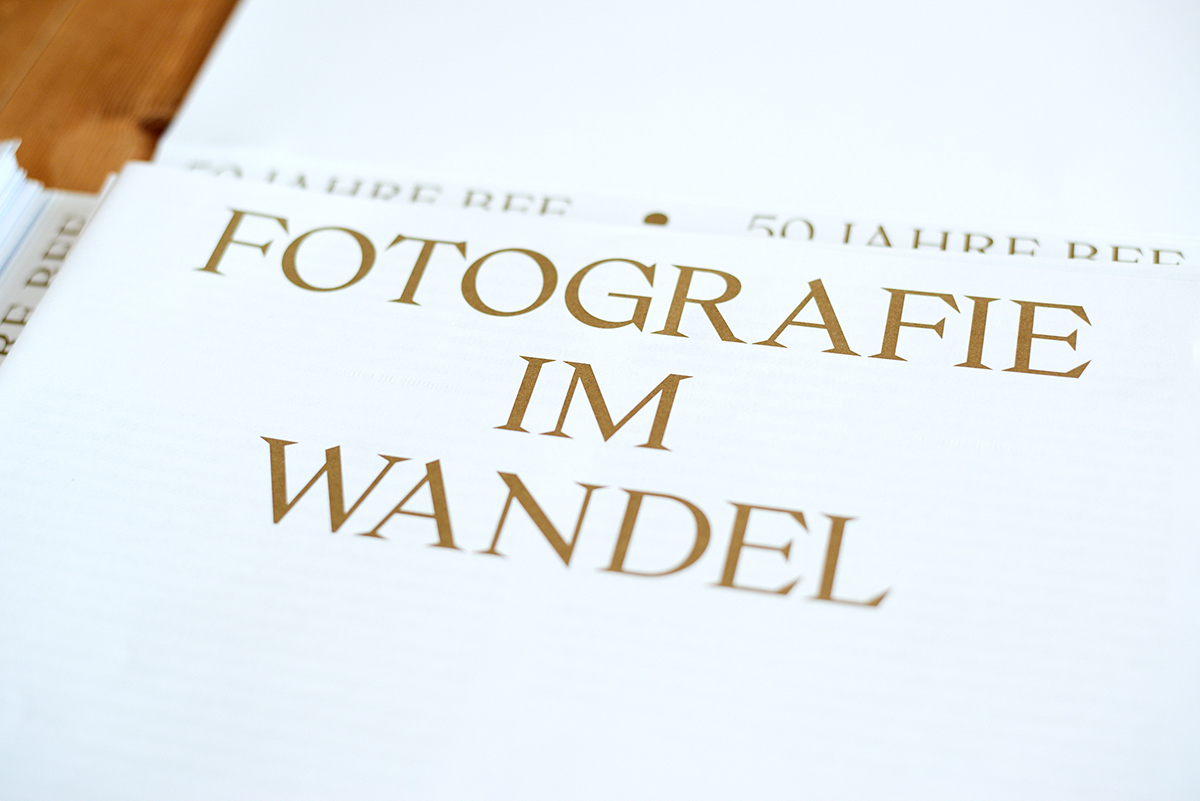 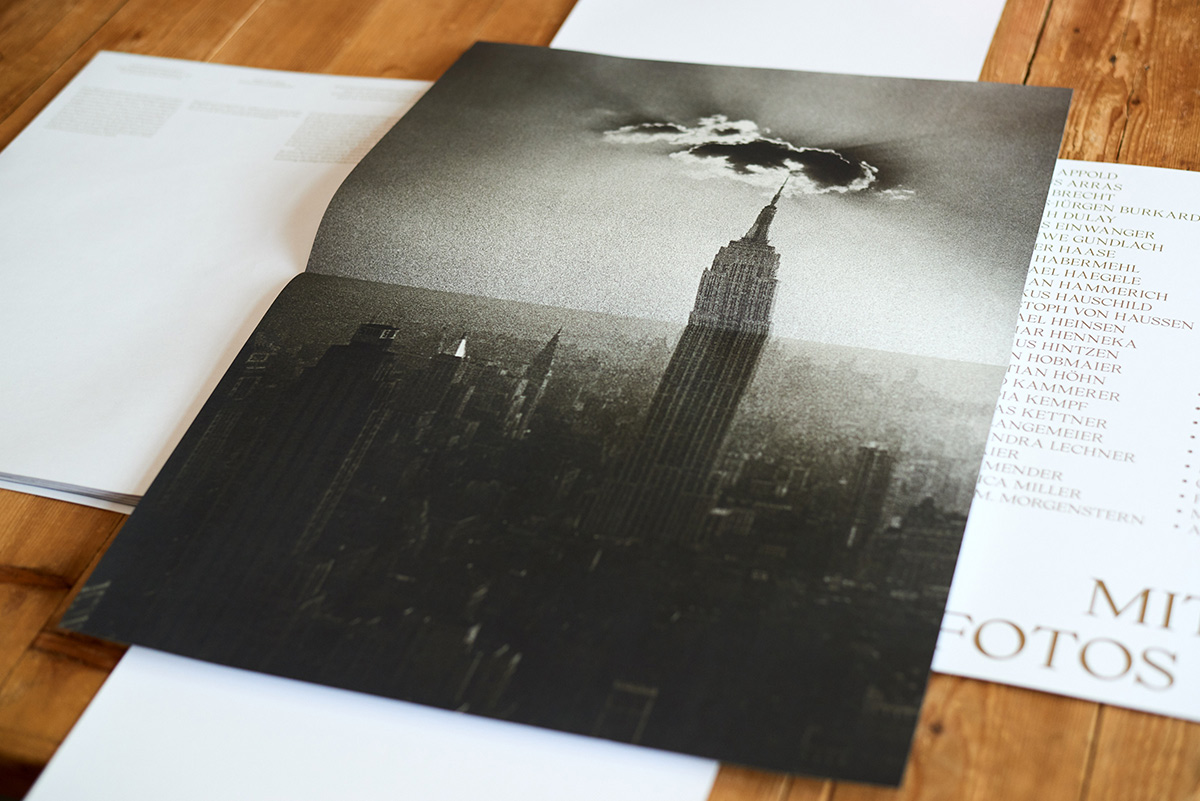 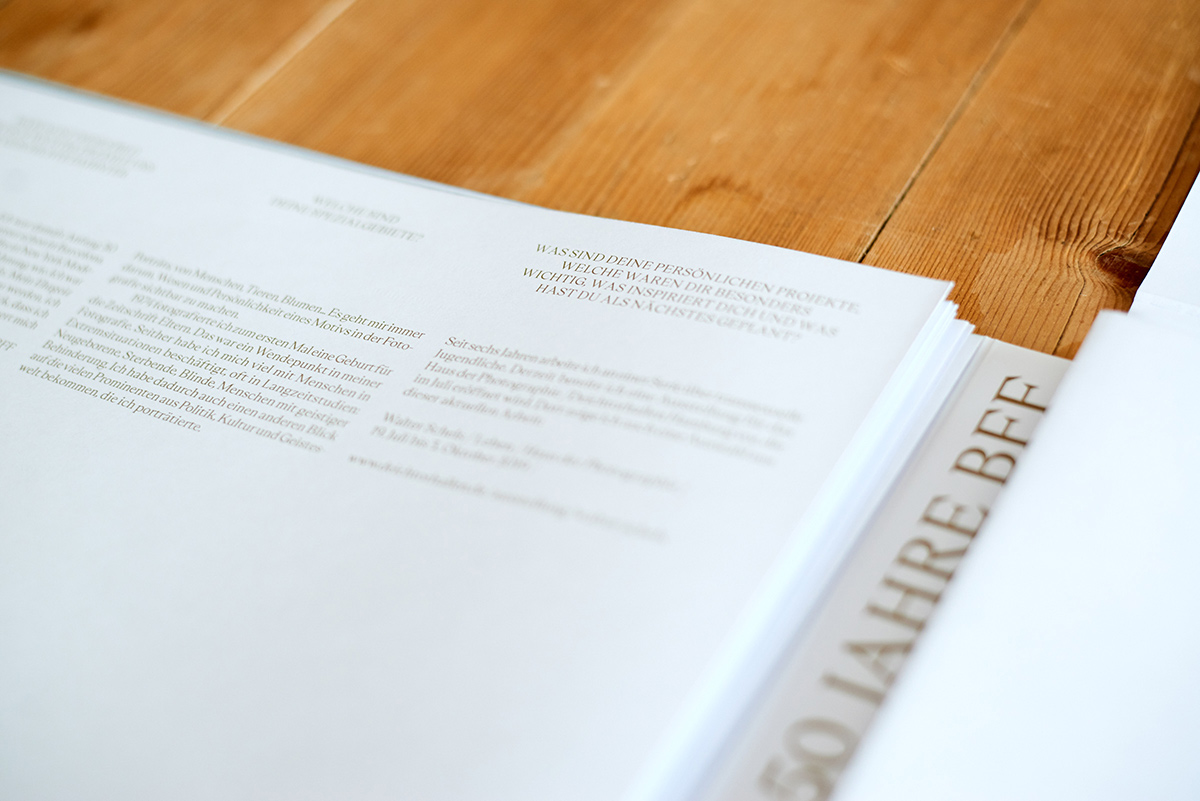 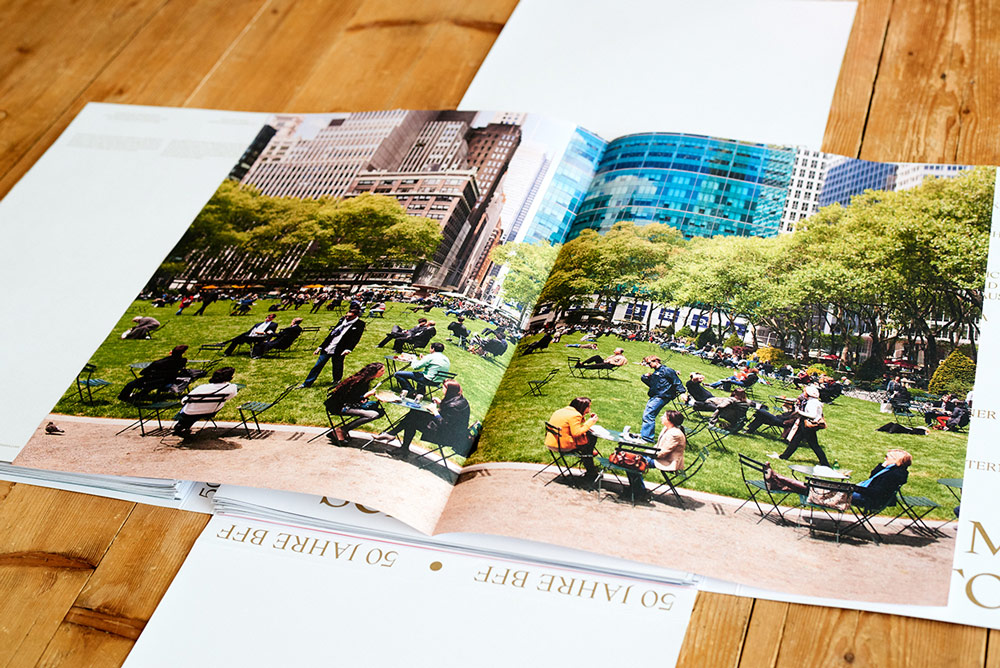