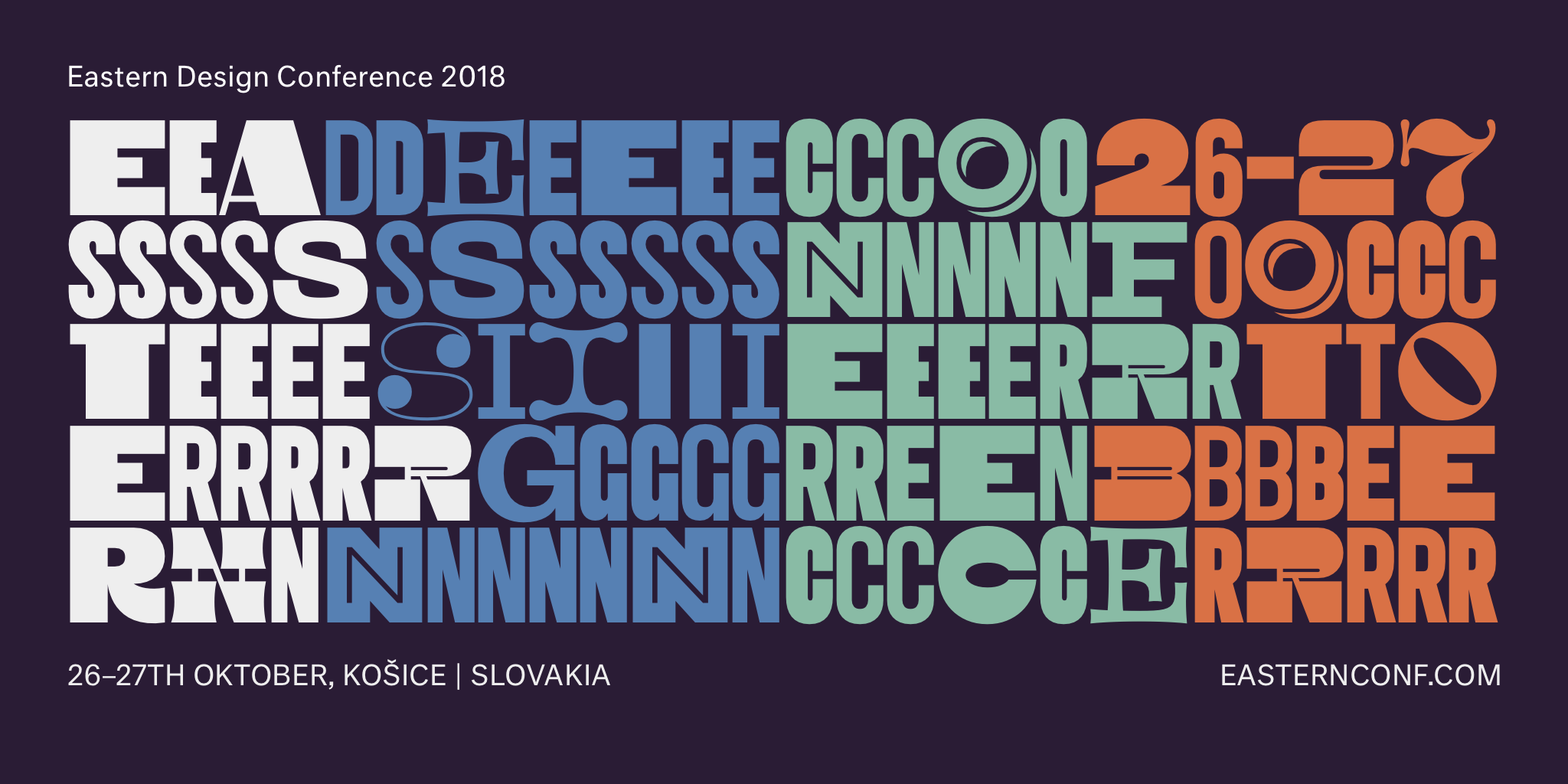 “Design is a global language, yet the business that’s done here in the east stays local. We aim to explore this unordinary relationship.”, as Roman Juhás says, co-founder of the conference.

Liv Siddall, the editor of one of the most beloved UK’s music institutions–Rough Trade–comes to share her experience on how to make a music magazine of a legendary record store having as low budget as possible.

Studio Feixen, an independent design studio creating powerful visual concepts based in Lucerne, Switzerland. Felix Pfäffli and Raphael Leutenegger come to talk about an ability to create work with global impact from a small town on the outskirts of Switzerland.

Professor Lars Harmsen is an art director and one of the partners in the Melville Brand Design studio in Munich, professor of design and typography at the Dortmund University of Applied Sciences & Art and editor-in-chief of Slanted Publishers residing in Karlsruhe.

PEKNE & DOBRE and Potraviny YEME, is one of the most successful, long-term and aesthetically pleasing cooperation in Slovak business environment. Martin Bajaník is a founder of a design studio PEKNE & DOBRE, co-founder of café Shtoor. Martin is behind Yeme’s astounding aesthetics. Peter Varmuža is former COO of Tesco Slovakia and co-founder of the first conceptual grocery market in Slovakia, Potraviny Yeme.

Studio Najbrt is a legendary Czech graphic design studio. The studio’s longtime collaborations with the Karlovy Vary International Film Festival or the City of Prague among many have established it as a reference in the region. Founder Aleš Najbrt and a representative of Masaryk University – MUNI come to Eastern to talk about their controversial yet successful collaboration on redesigning the university’s visual identity.