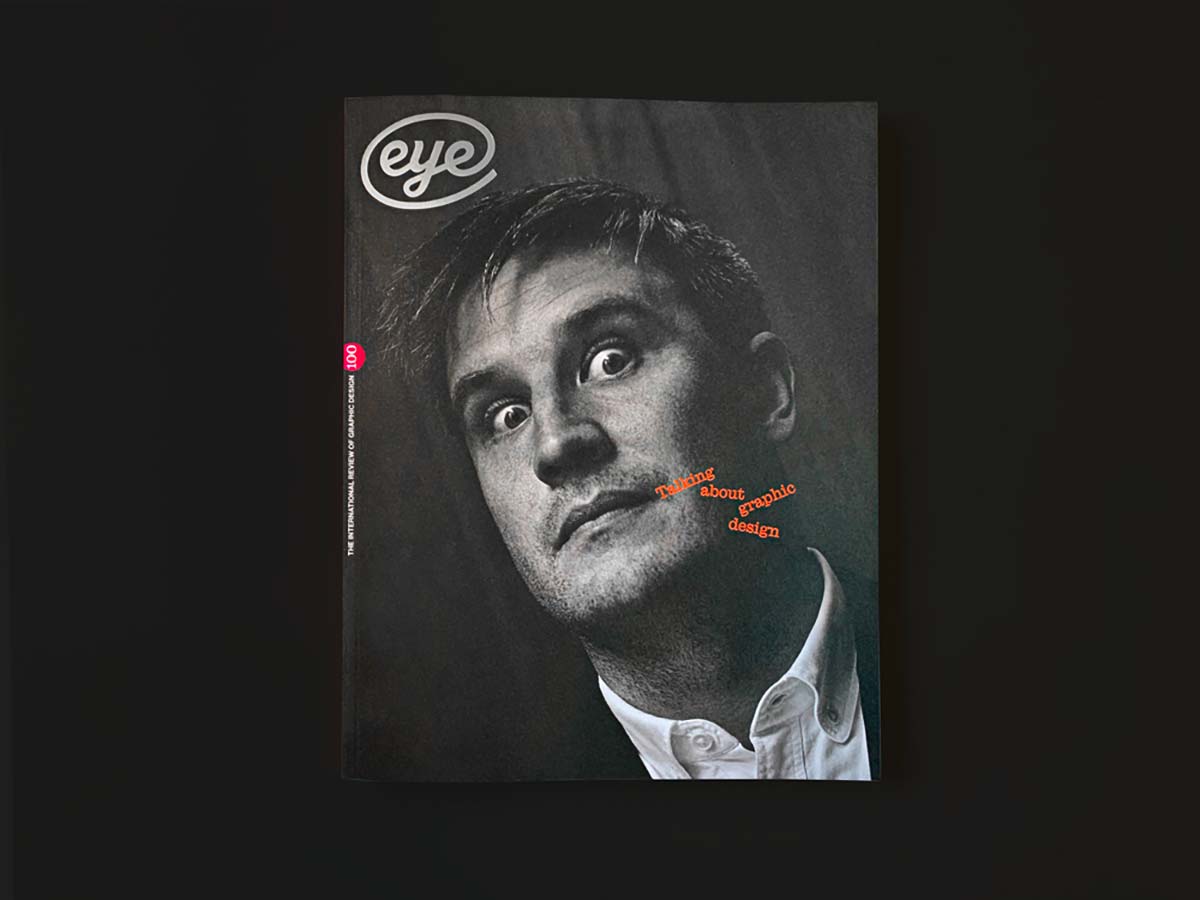 After nearly three decades of continuous publishing, Eye’s hundredth issue is a special called Talking about graphic design, a broad overview of current design and designers. We wish the Eys team the best for their anniversary and are already looking forward to the 200th edition!

For this edition Eye invited eleven prominent individuals to talk about graphic design, including Liza Enebeis, Bobby C. Martin Jr, Fraser Muggeridge and Sophie Thomas, all of whom took part in the online Type Tuesday launch event on June 9th, 2000. The cover feature is an interview with ‘mag-man ad-man’ Richard Turley, photographed by Maria Spann. Other interviews are with Elaine Ramos, Michael Bierut (Pentagram), Kate Moross, Jessica Walsh, Françoise Mouly (The New Yorker) and Milton Glaser, who voice their opinions and discuss work, design processes, clients and other concerns.

Editor John Walters describes Eye 100 as ‘a panorama of current, time-stamped graphic design practice,’ representing ‘a freeze-framed “now” that has taken on new significance’ in the shadow of the pandemic. At 140 pages (including covers and inserts), this is the biggest Eye ever, thanks to the generous support of readers, subscribers and advertisers worldwide. All final design and production took place during the Covid-19 lockdown, thanks to the socially distanced design team of Simon Esterson and Holly Catford and the enthusiasm and skill of Dawkins Color and Pureprint, respectively Eye’s repro house and printers since 2008. 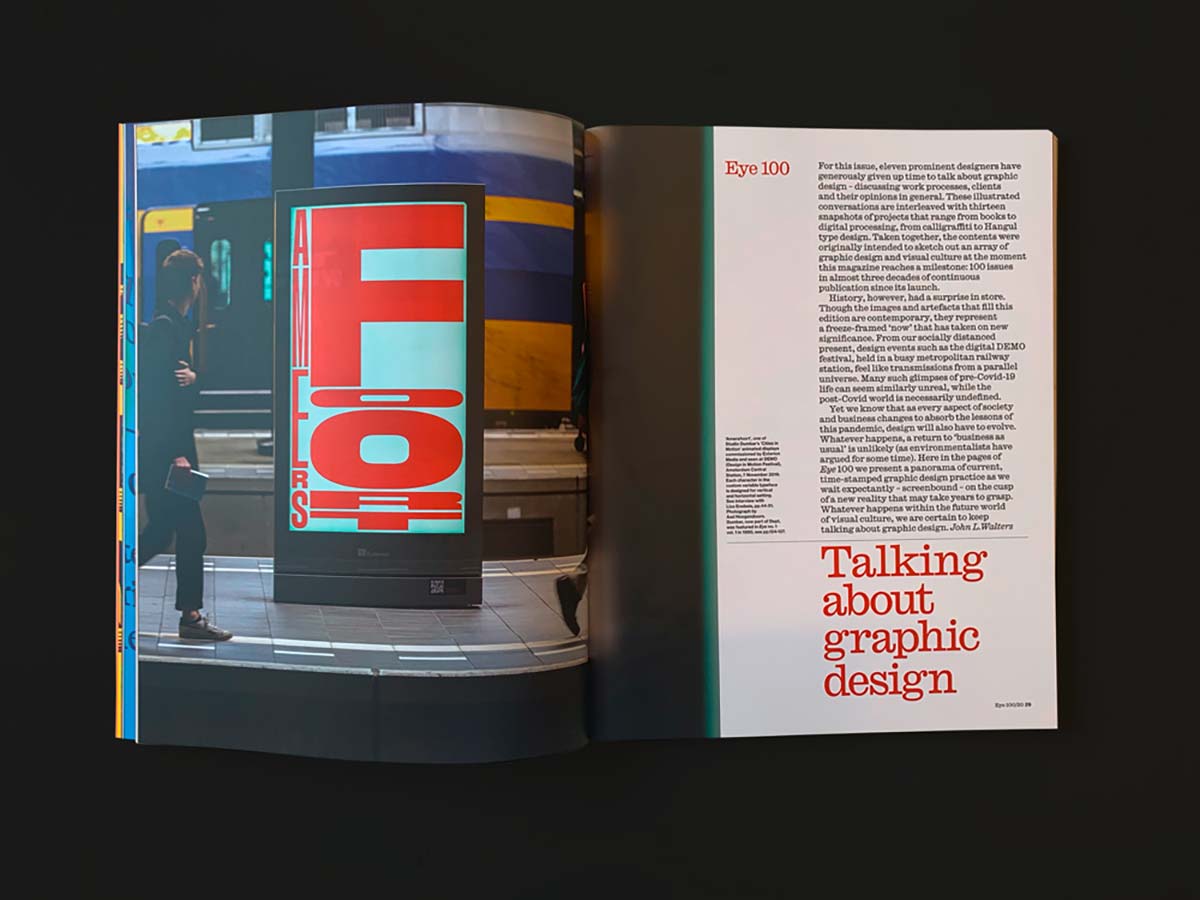 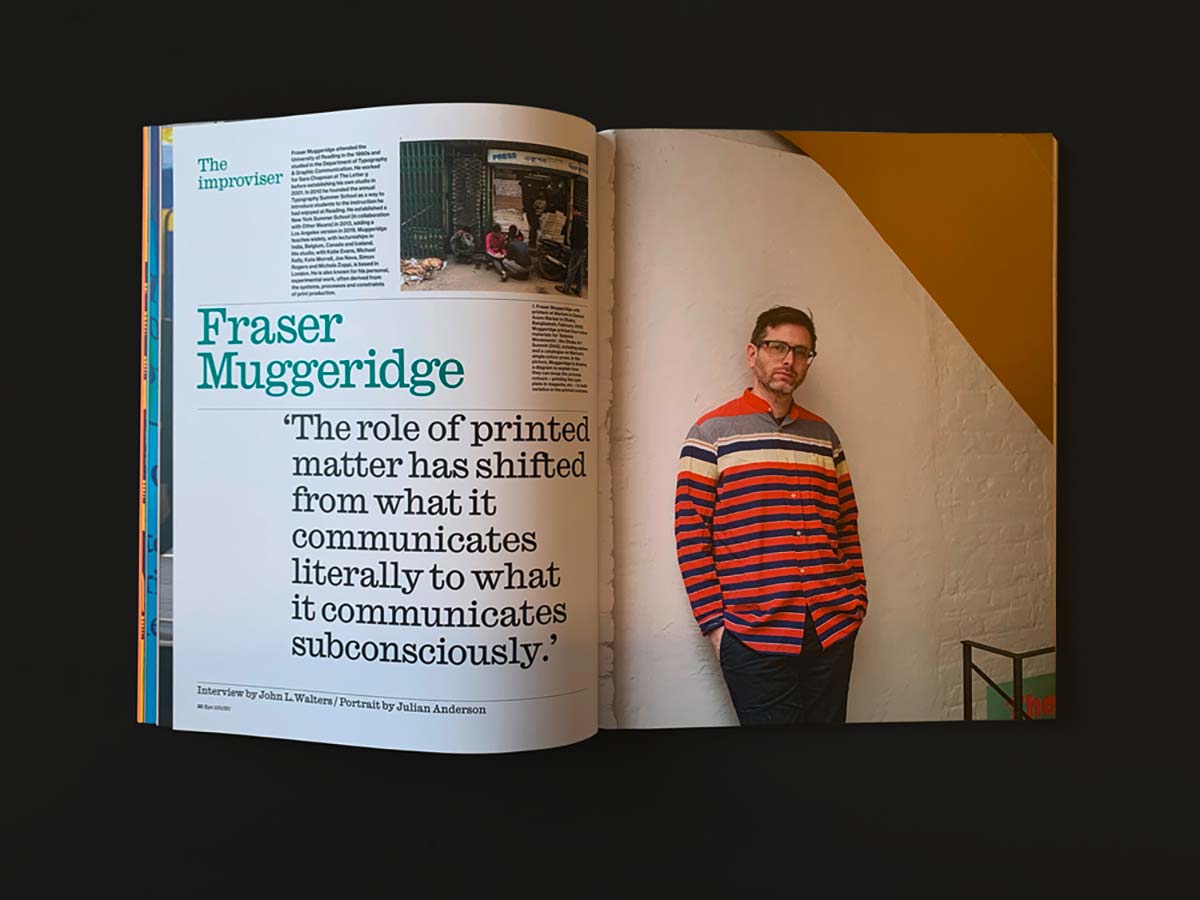 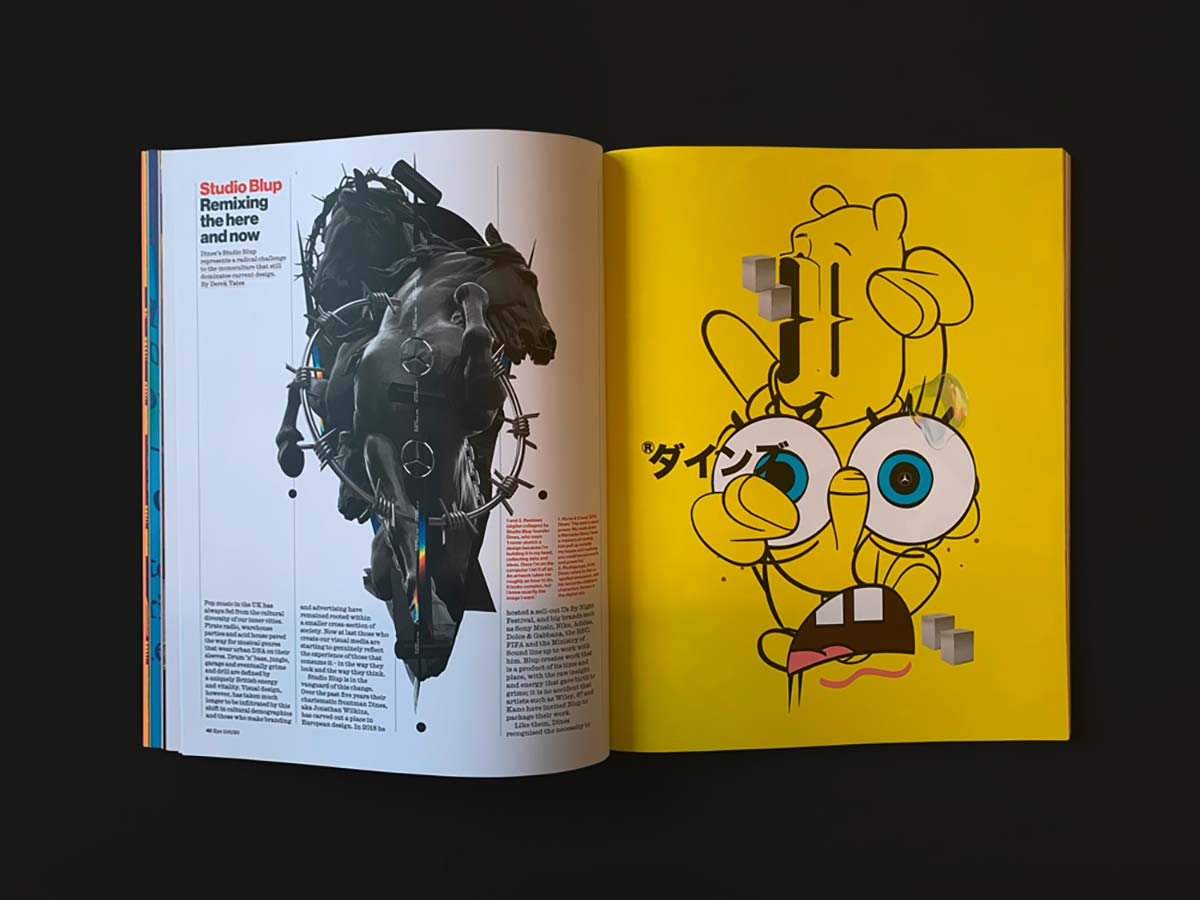 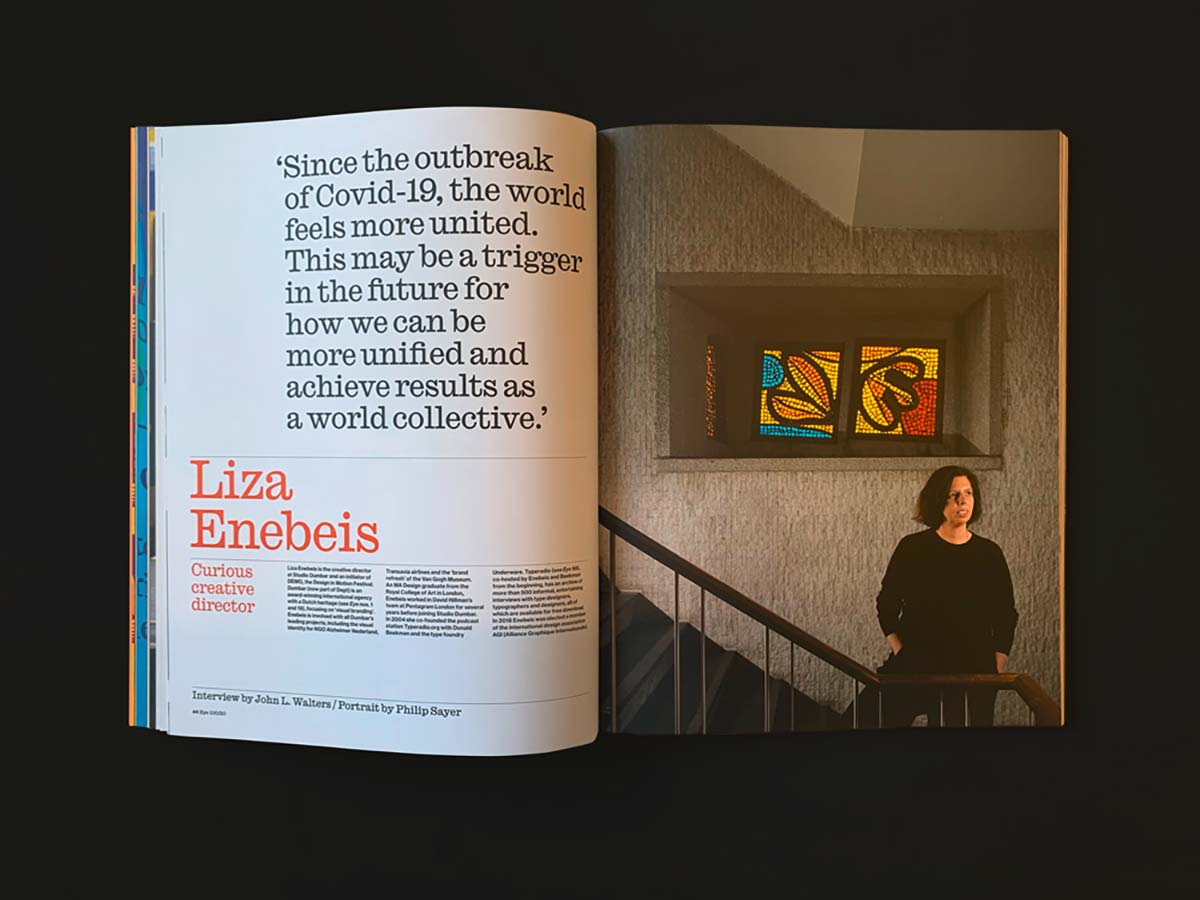 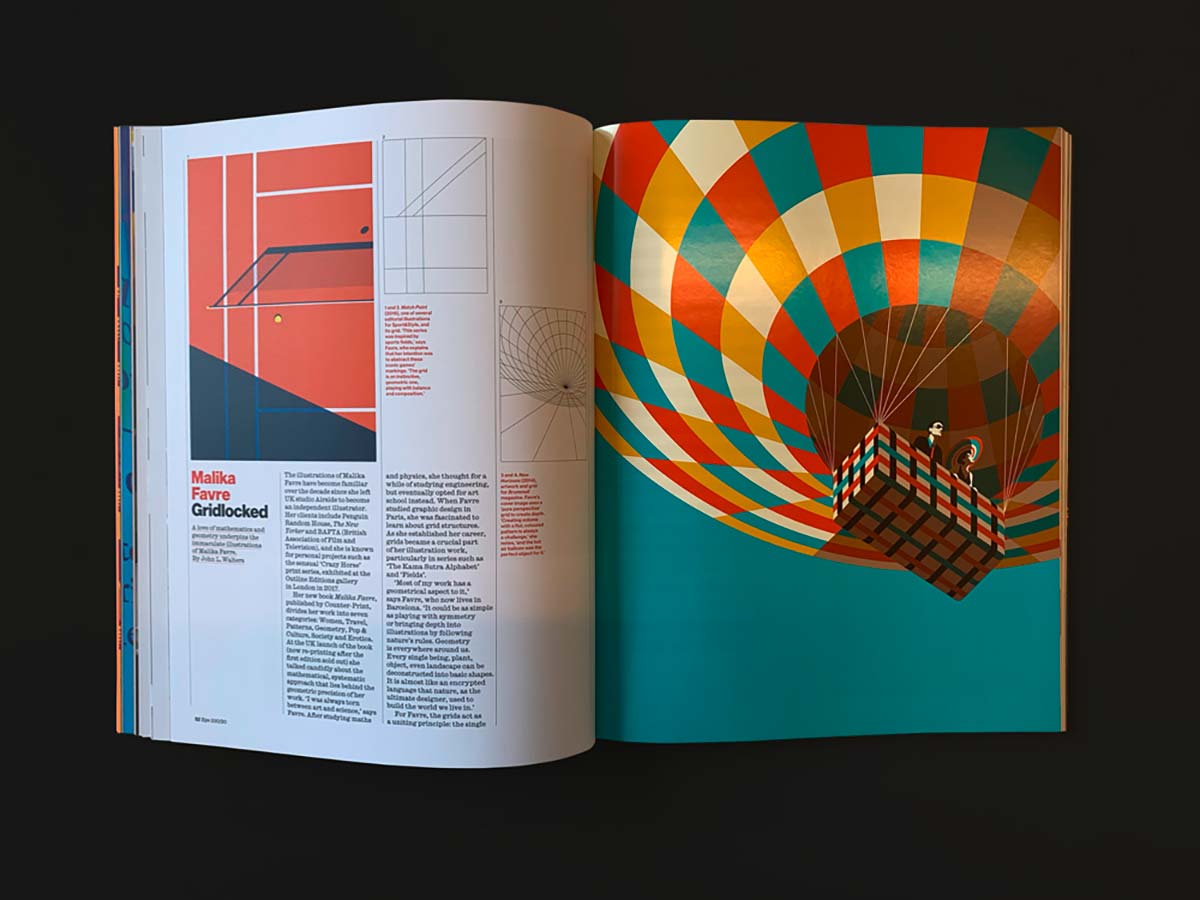 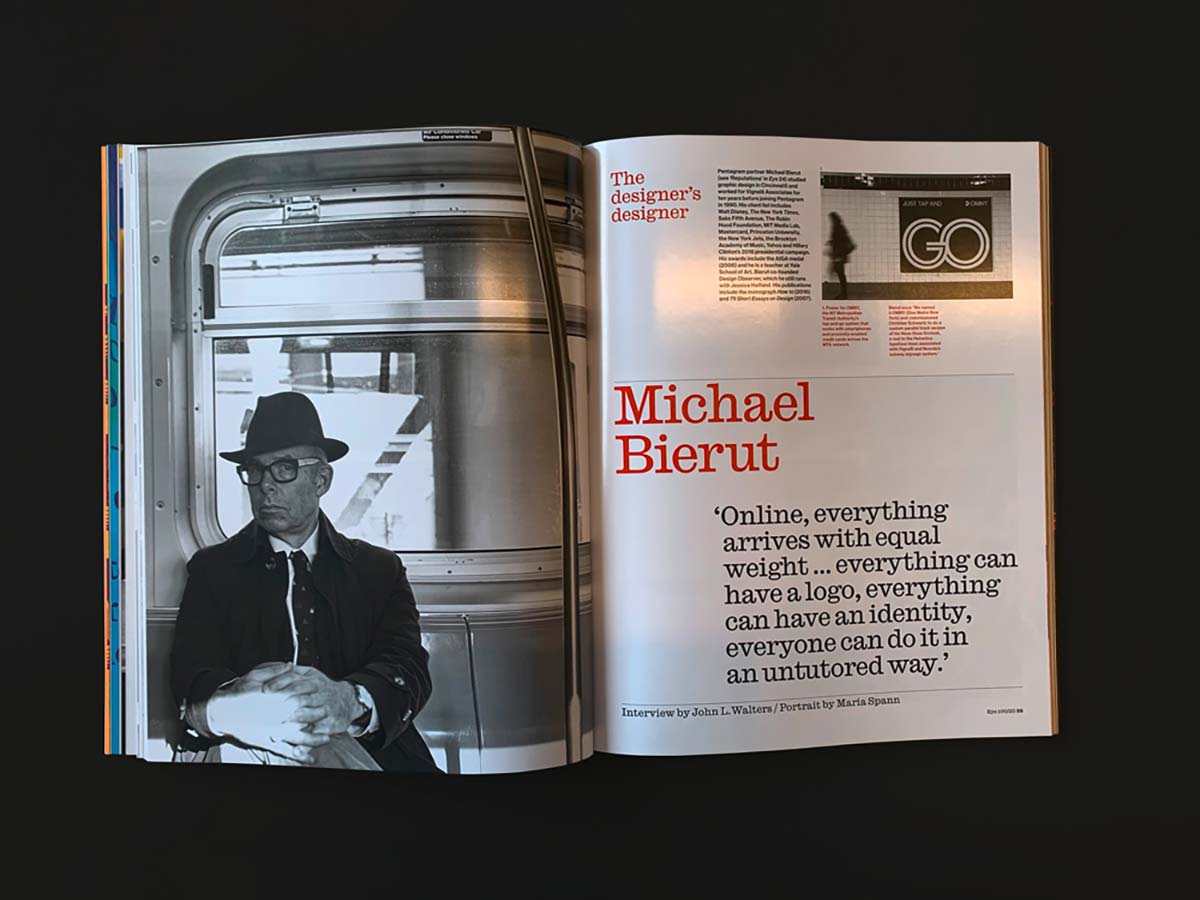 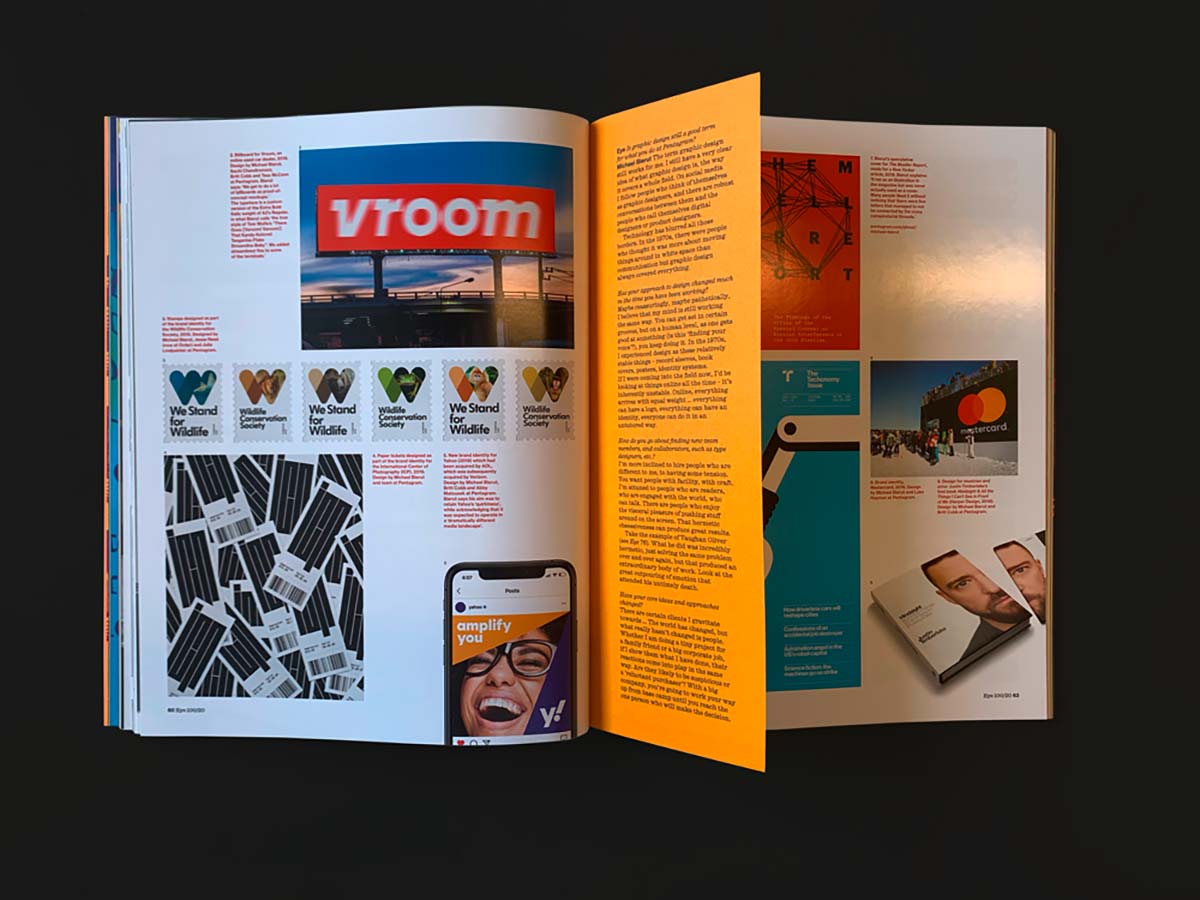 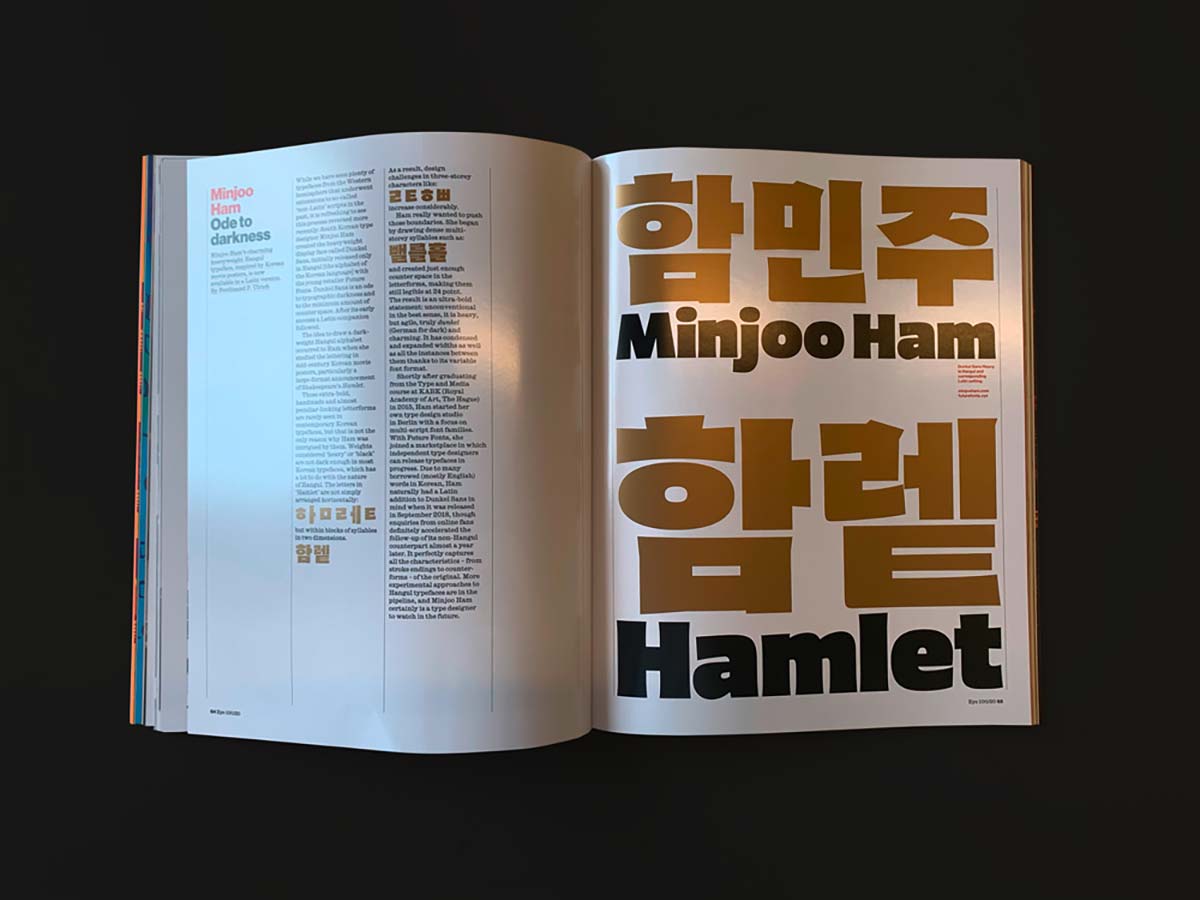 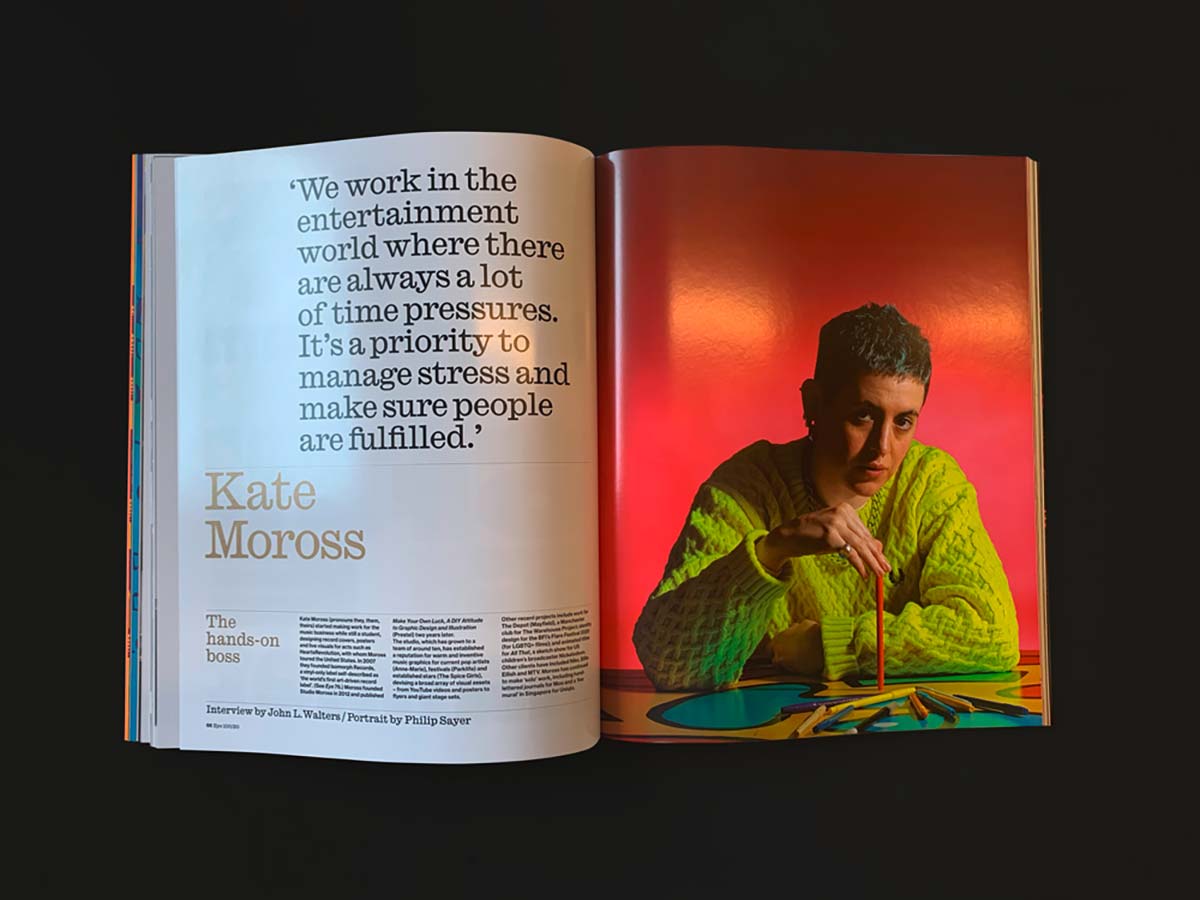 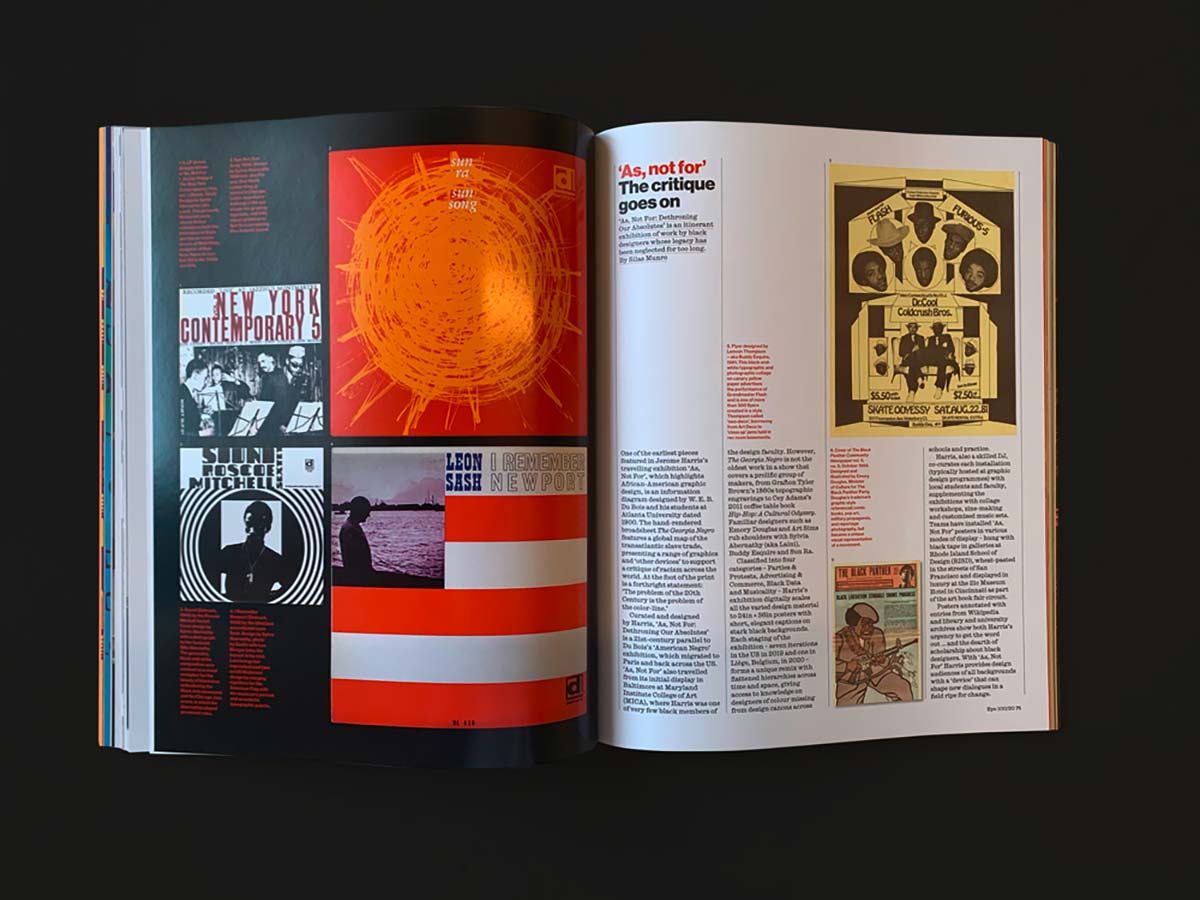 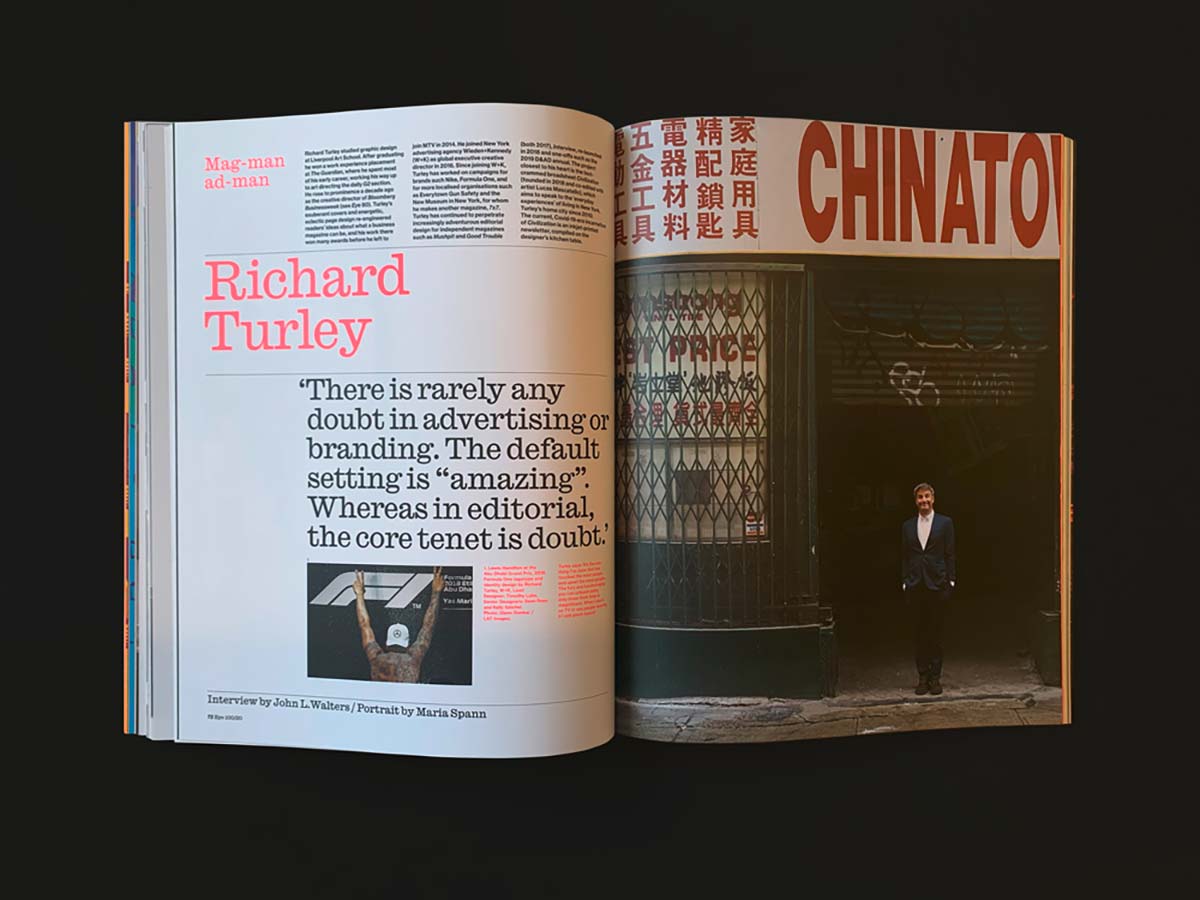 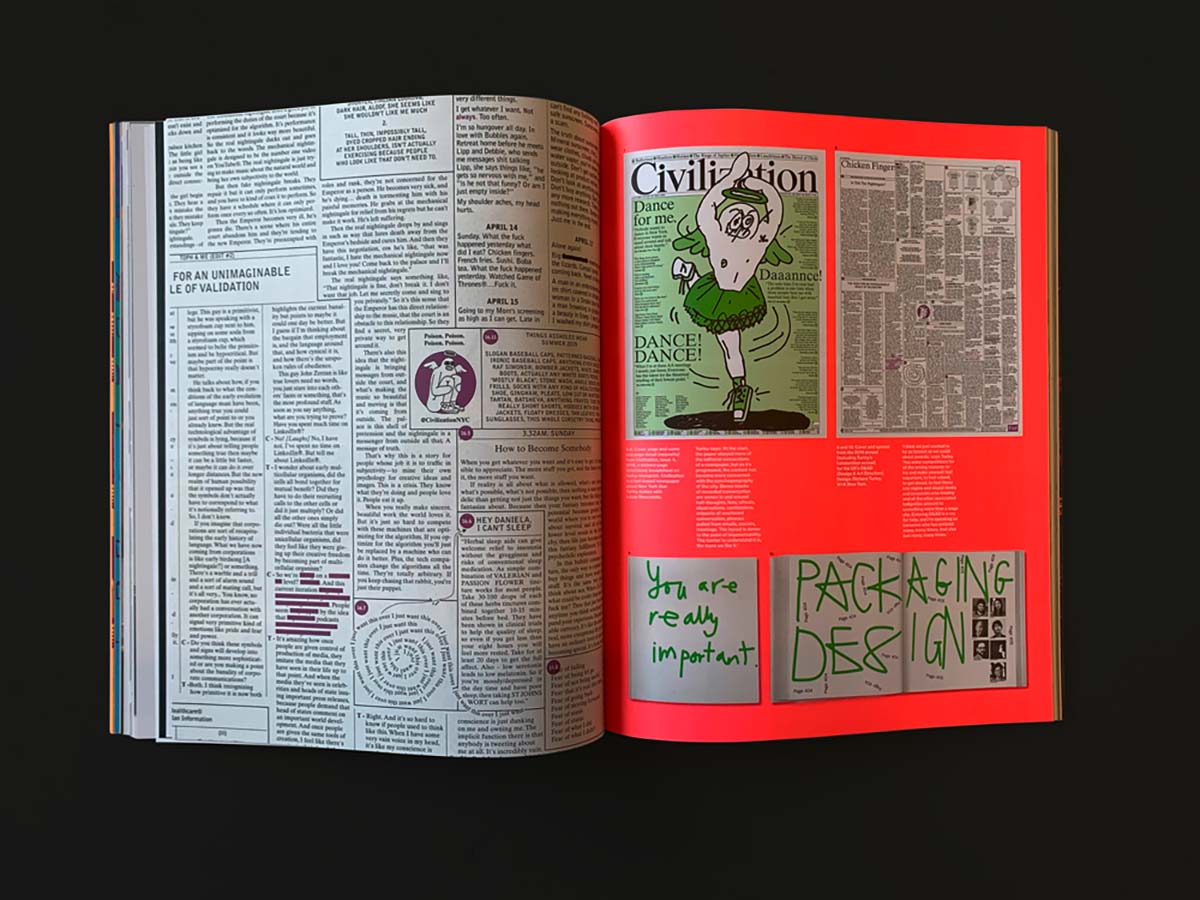 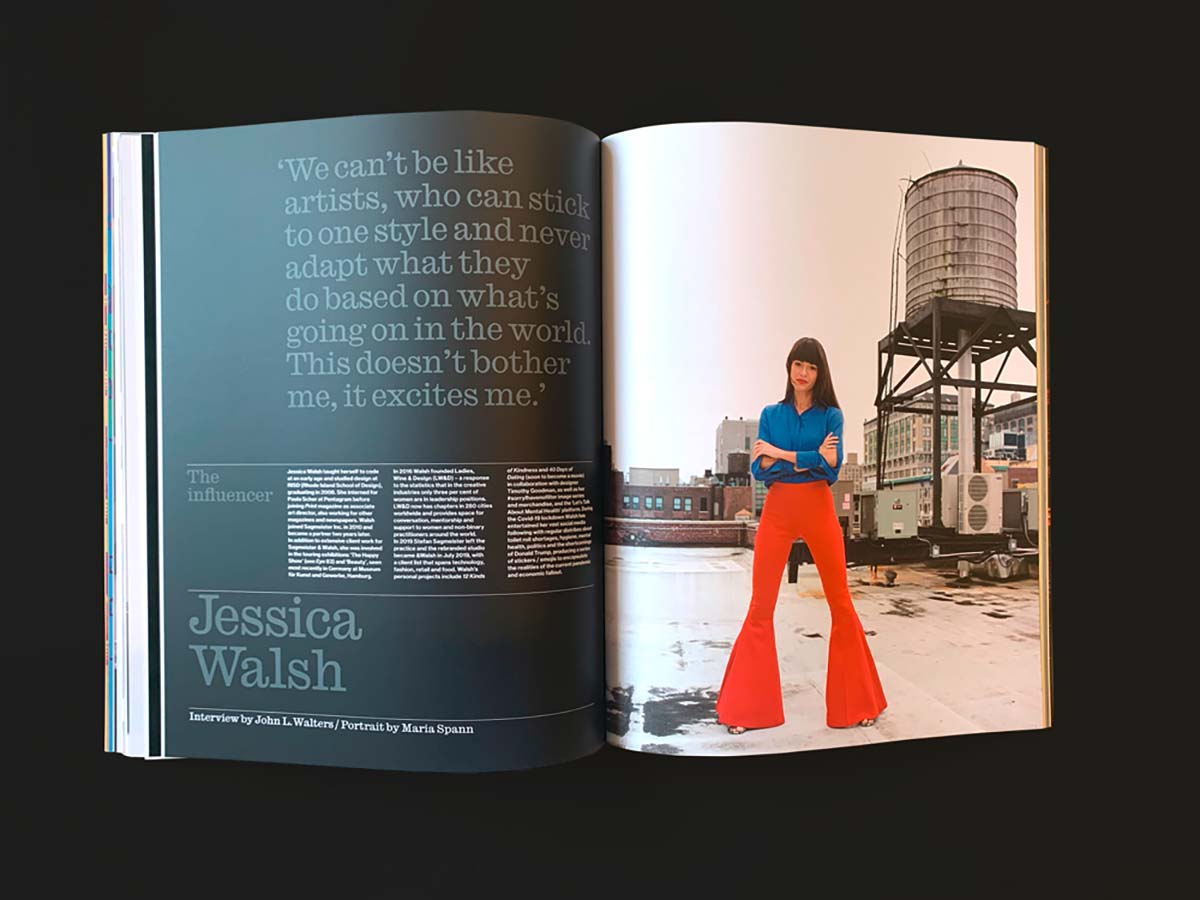 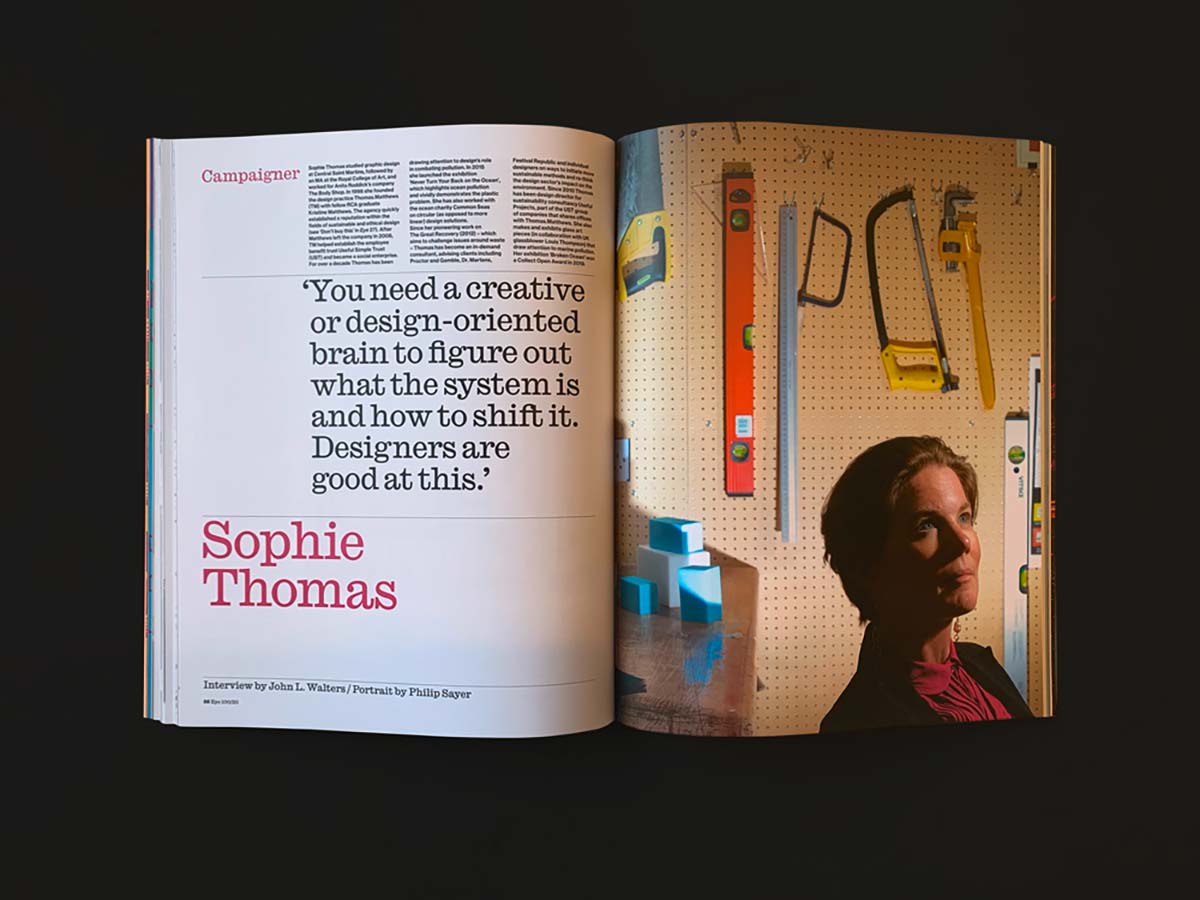 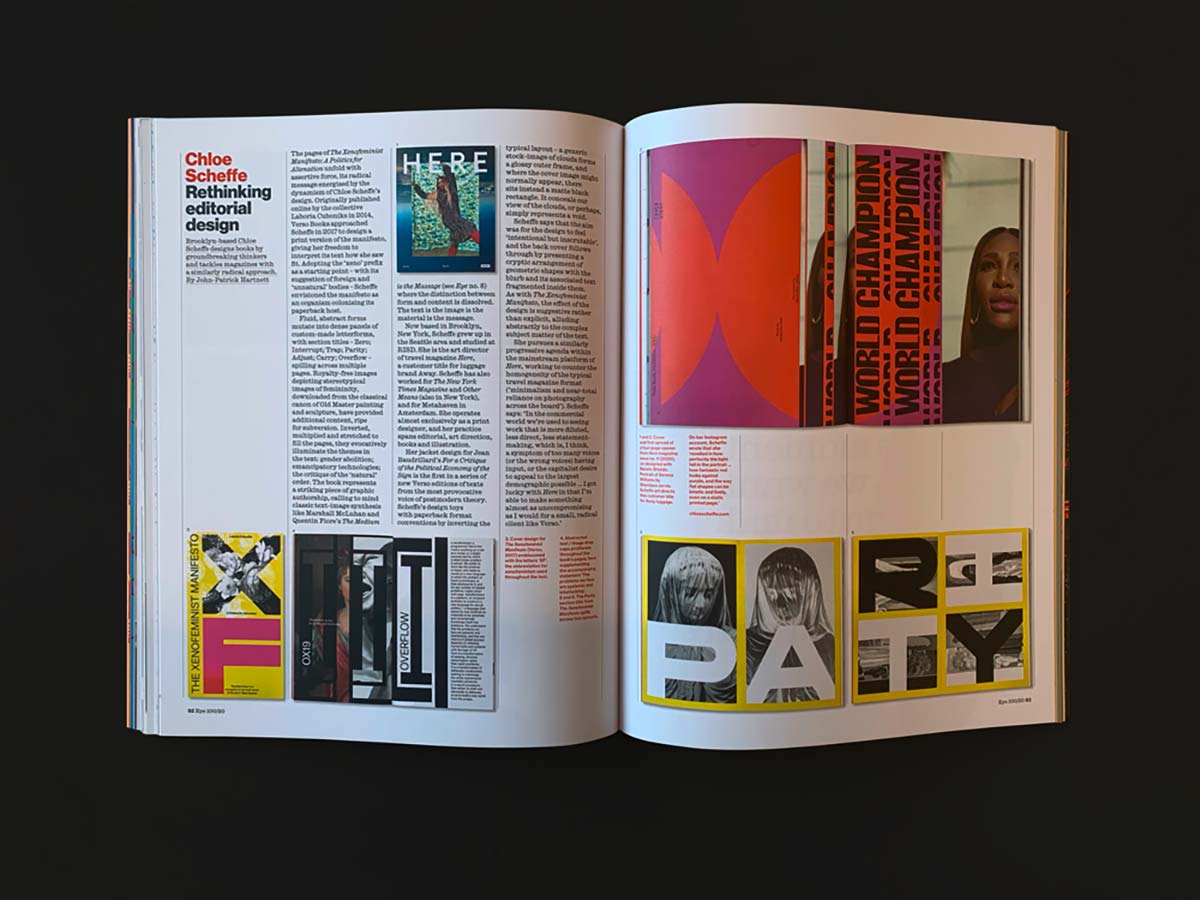 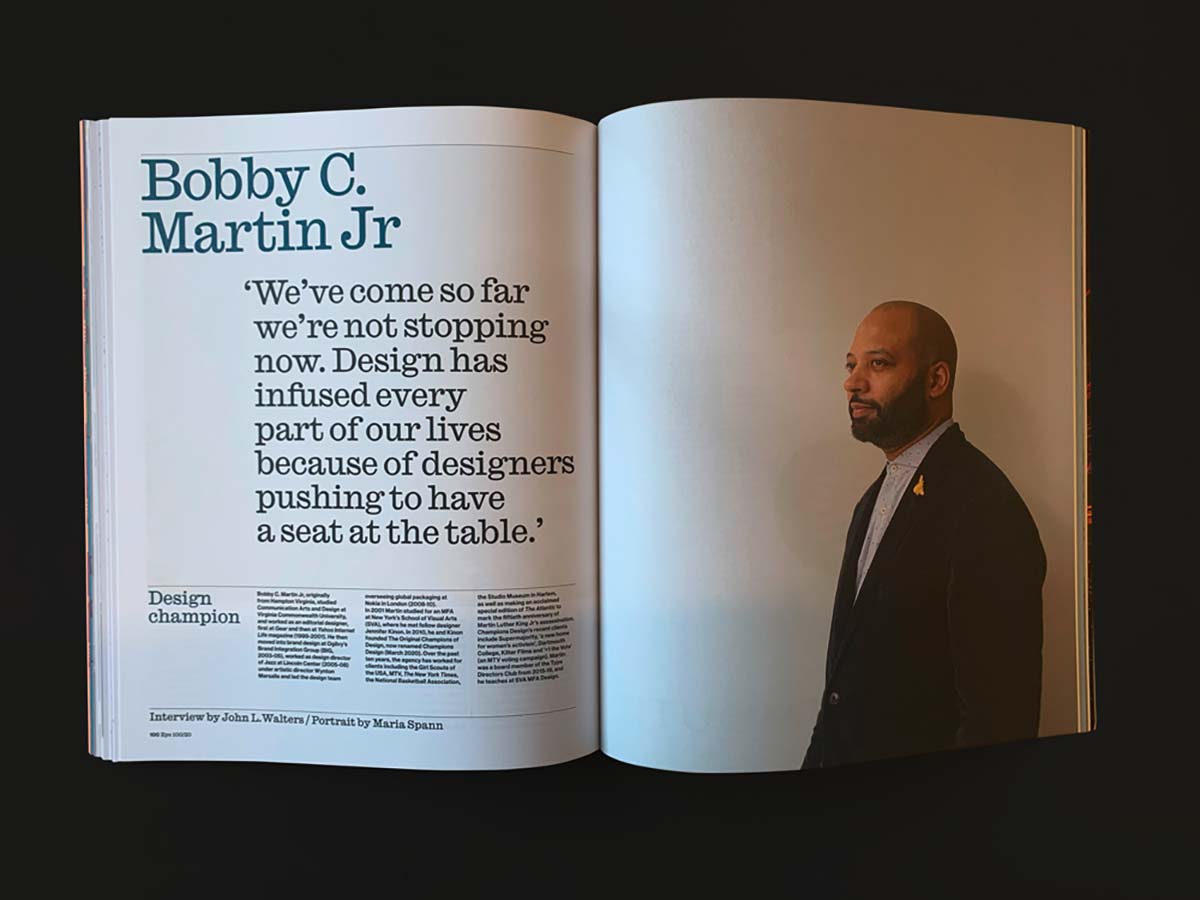 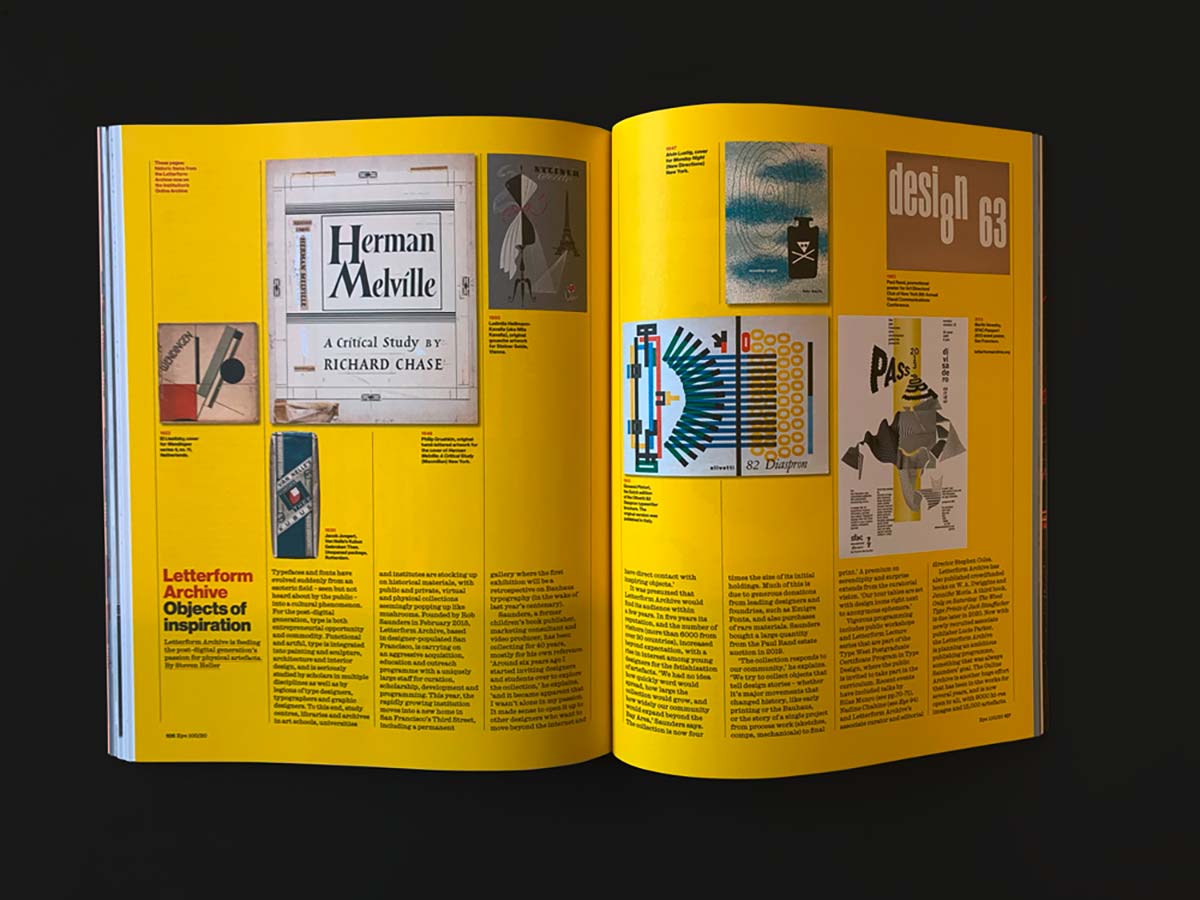 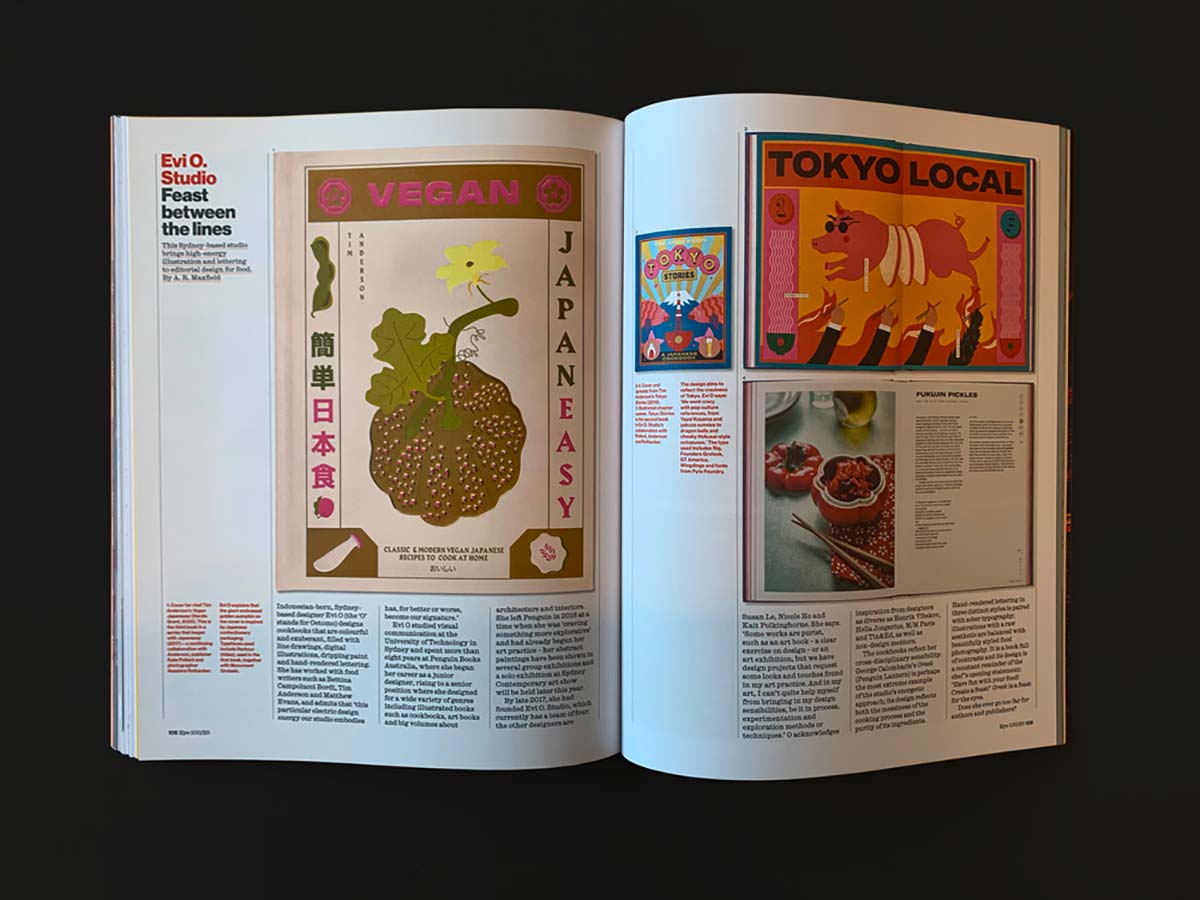 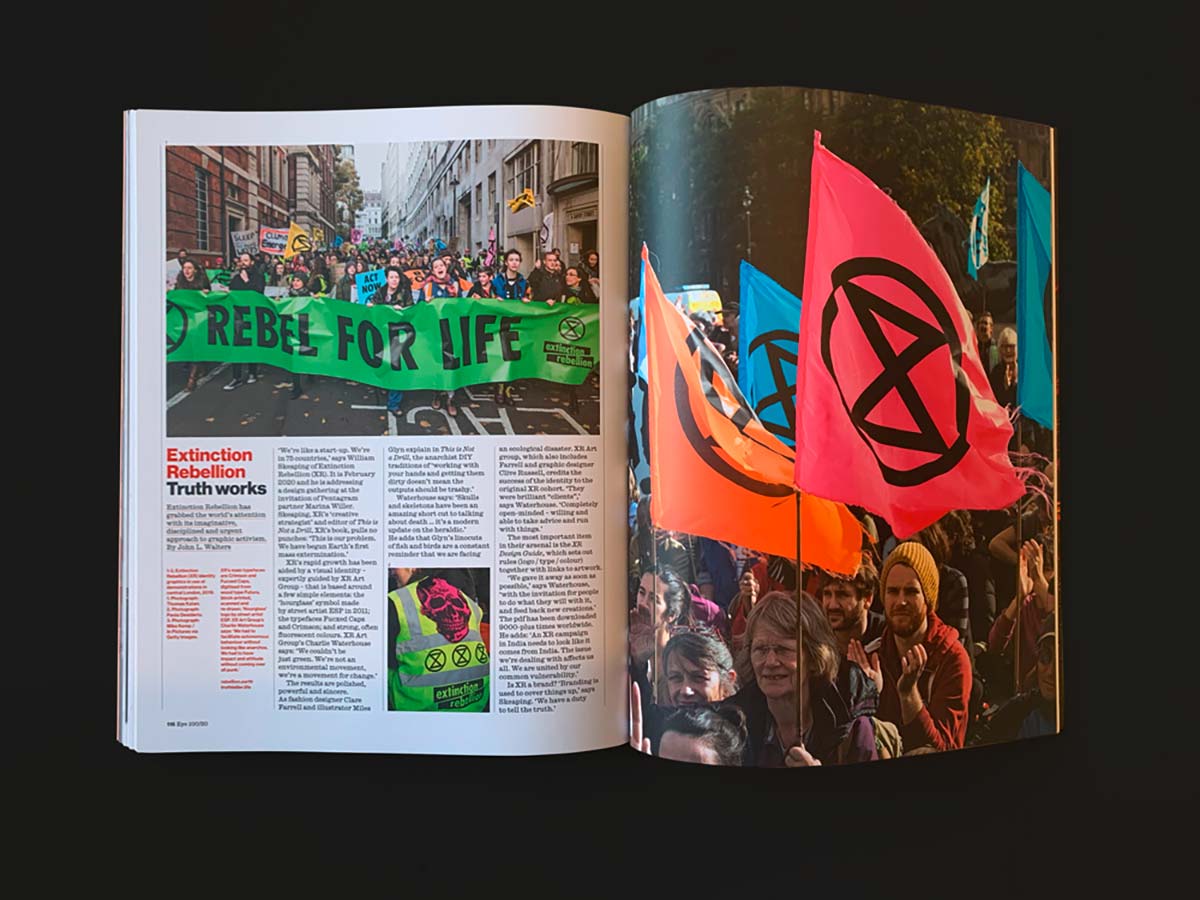 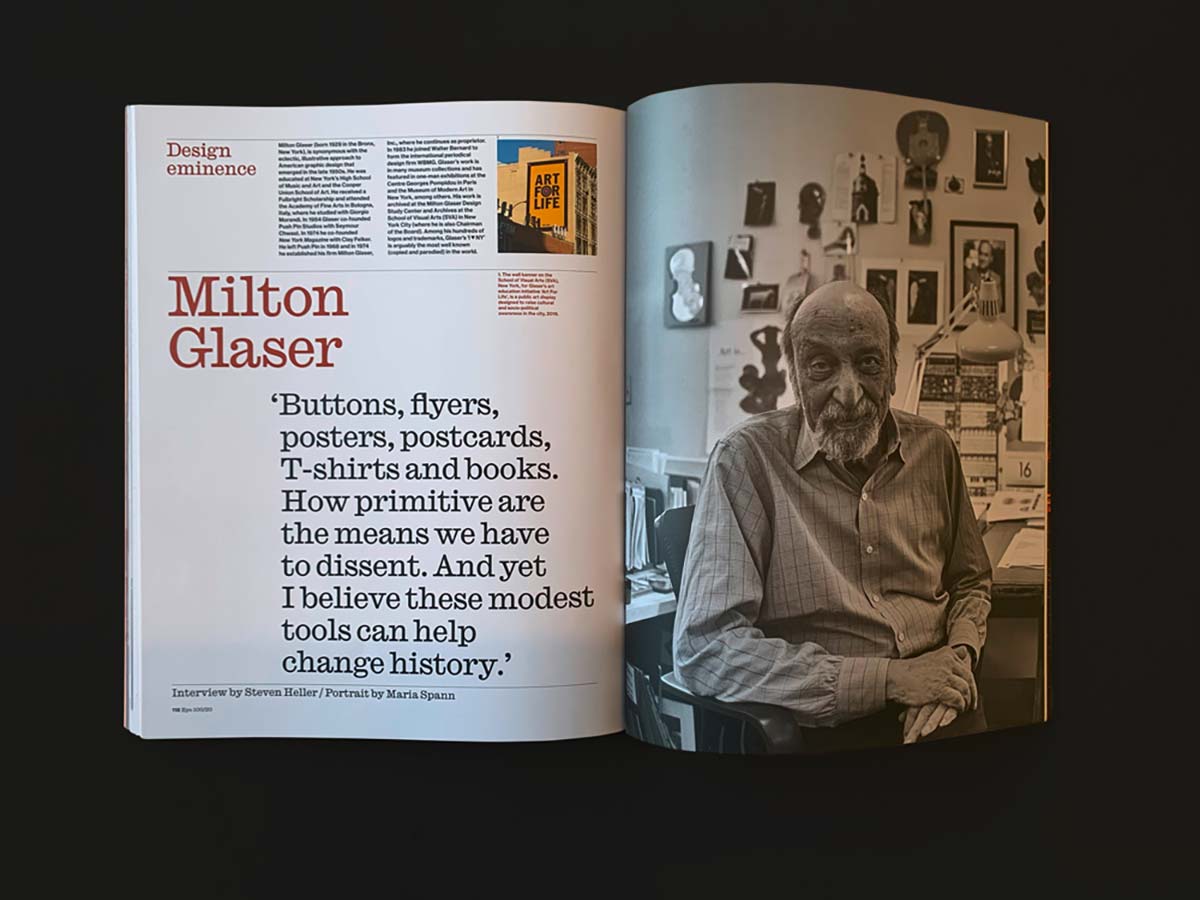 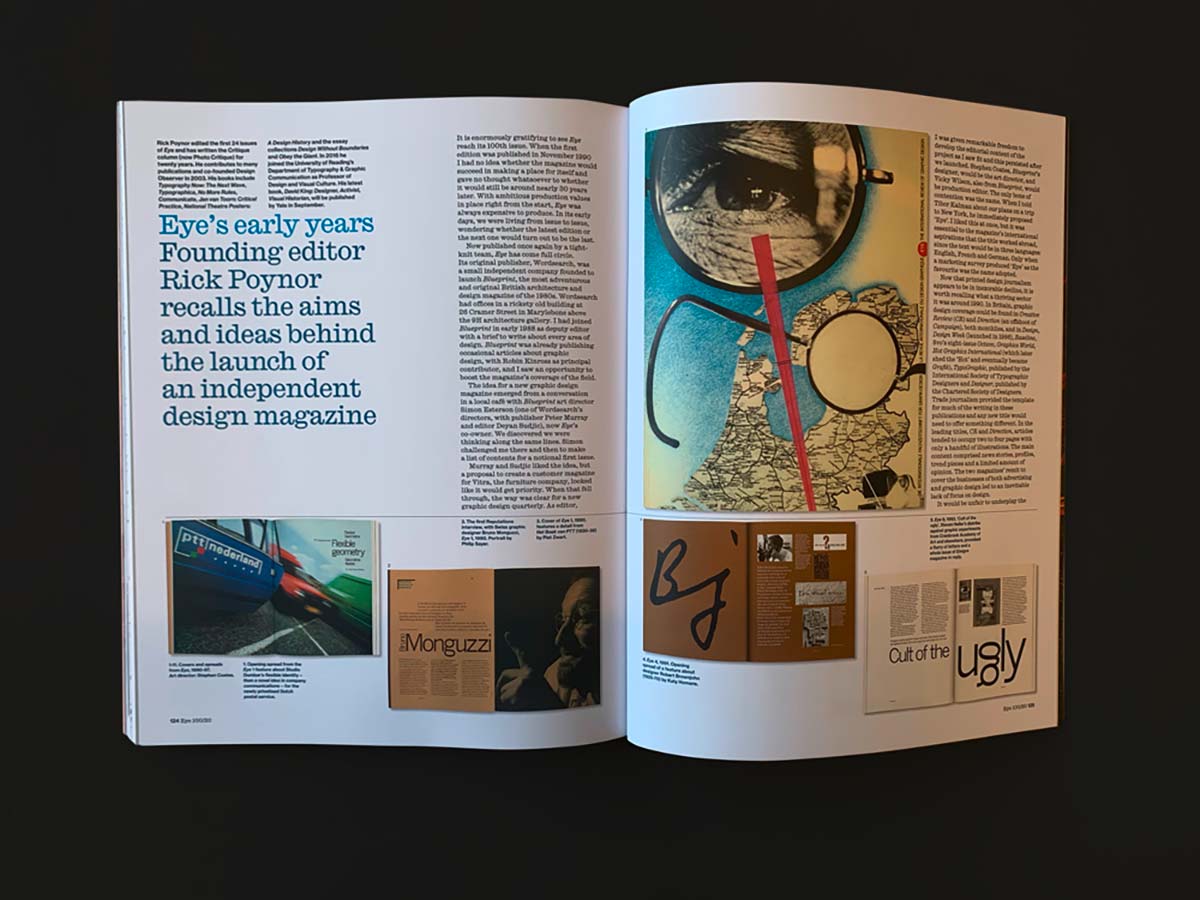