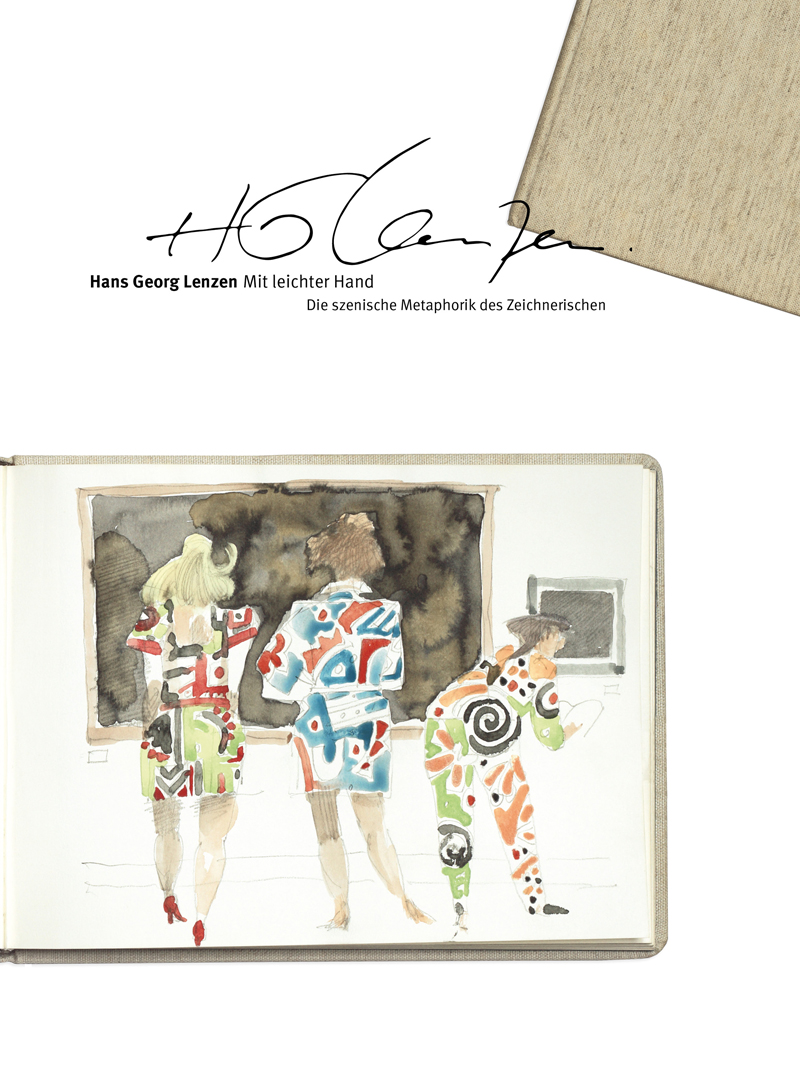 The contributions and pictures in this artist’s monograph make it clear that Hans Georg Lenzen repeatedly thematized the “world as a stage:” social themes in their ambiguity, the stage with its tragic or comic figures. The allegorical gaze, the mysteriousness of the picture were always central to him. His notes from sketchbooks collected in this book contain inspiring potential for every designer. The book was sensitively designed by Marie Mick as part of her master’s thesis and accompanied by Professor Irmgard Sonnen. 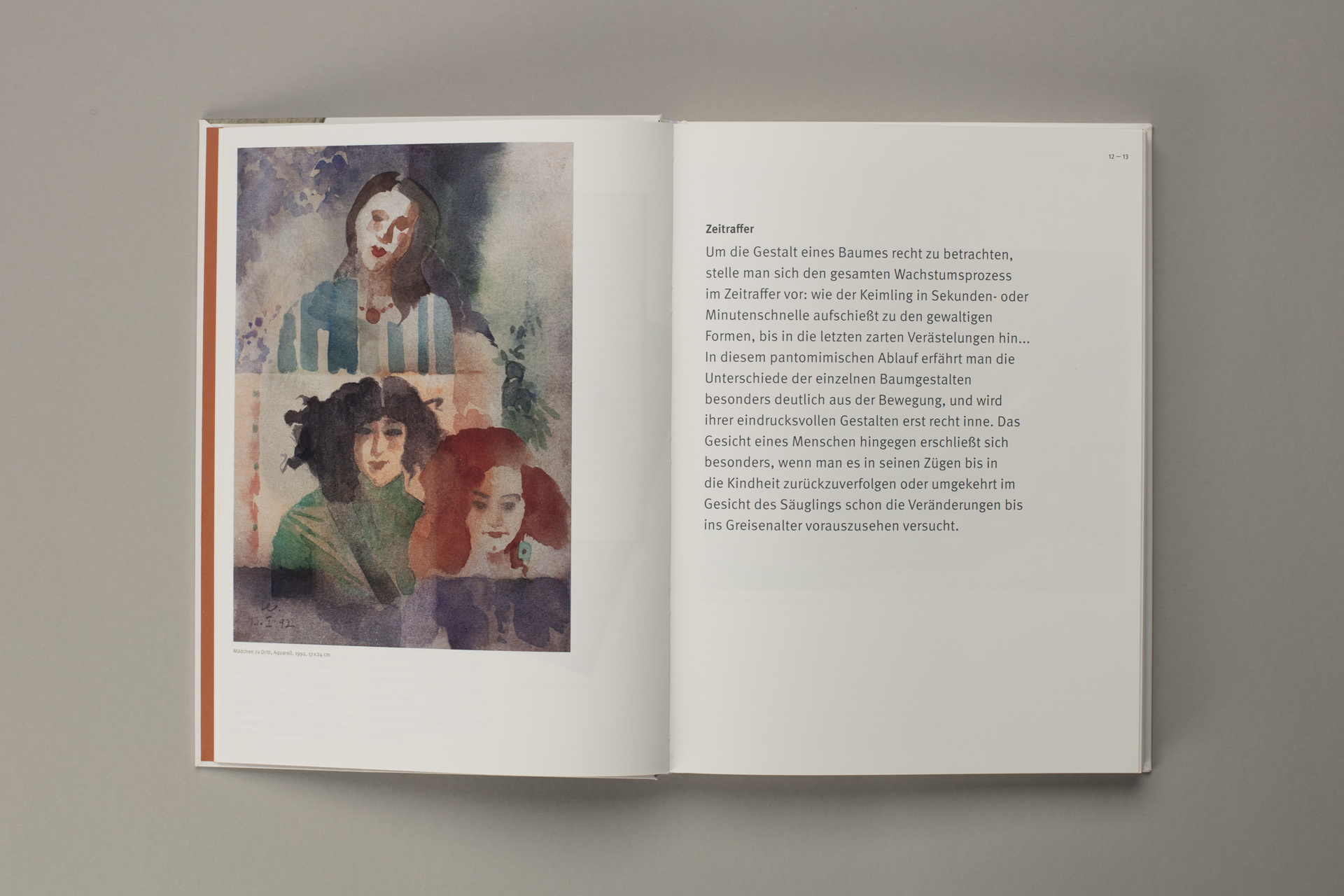 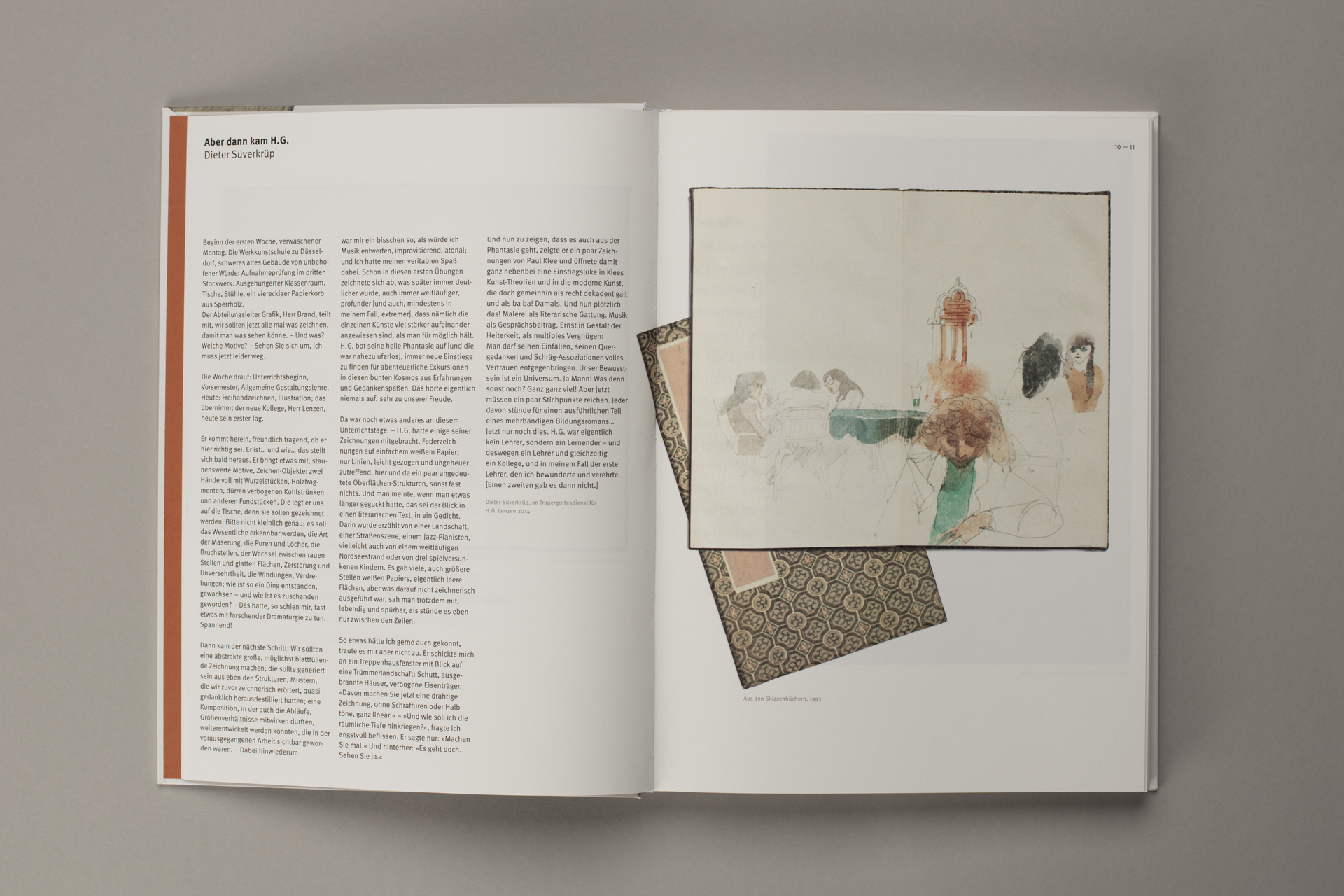 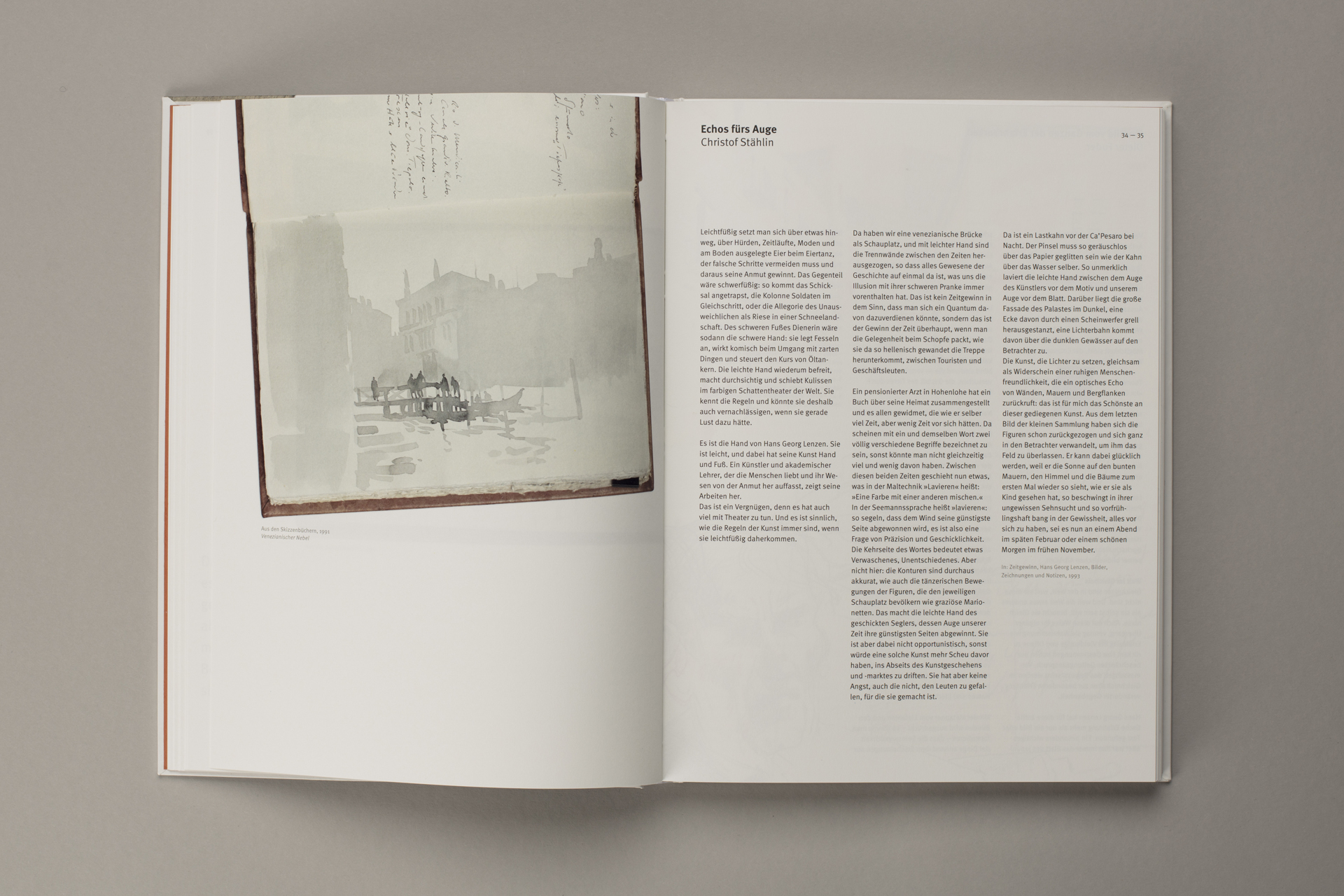 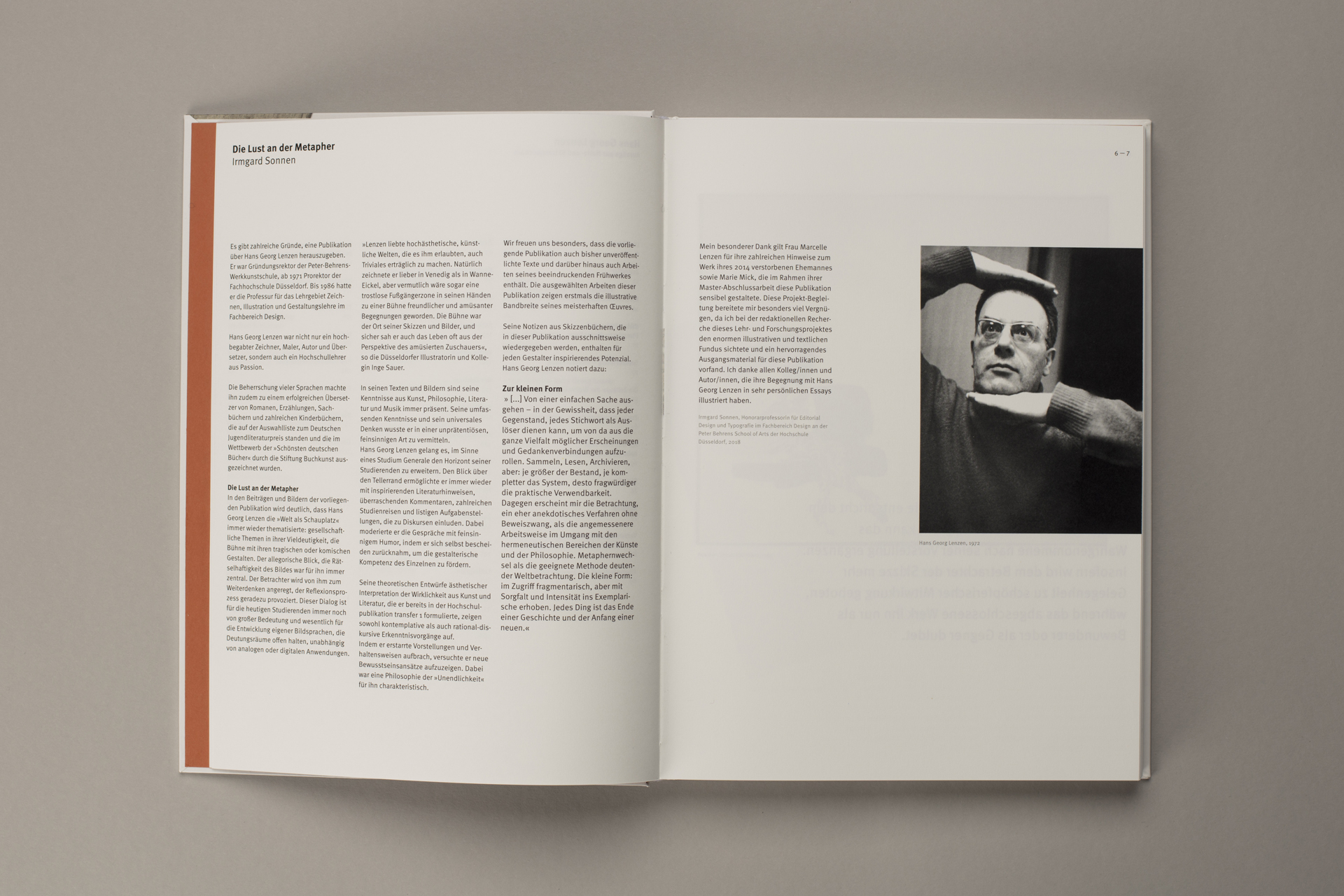 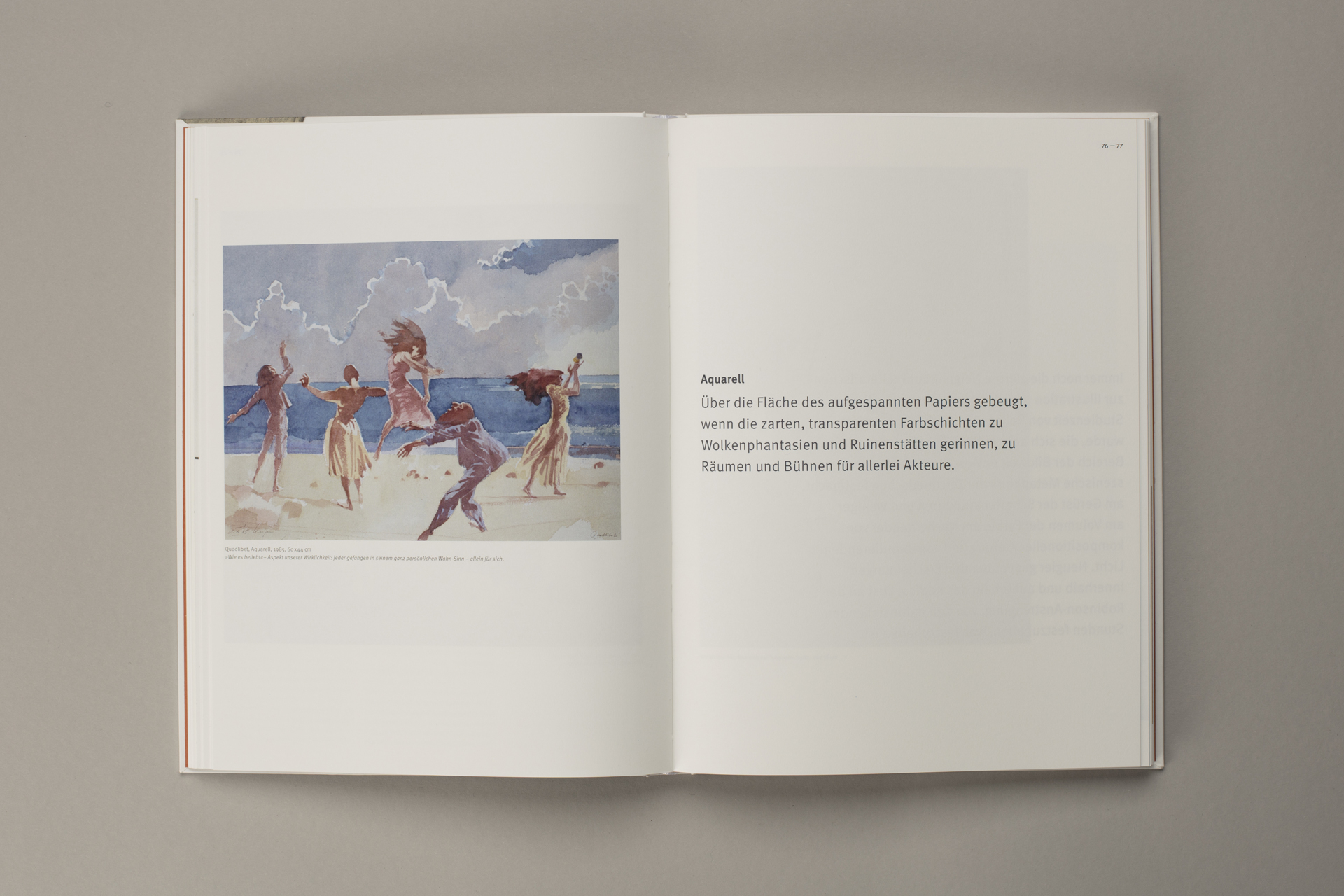