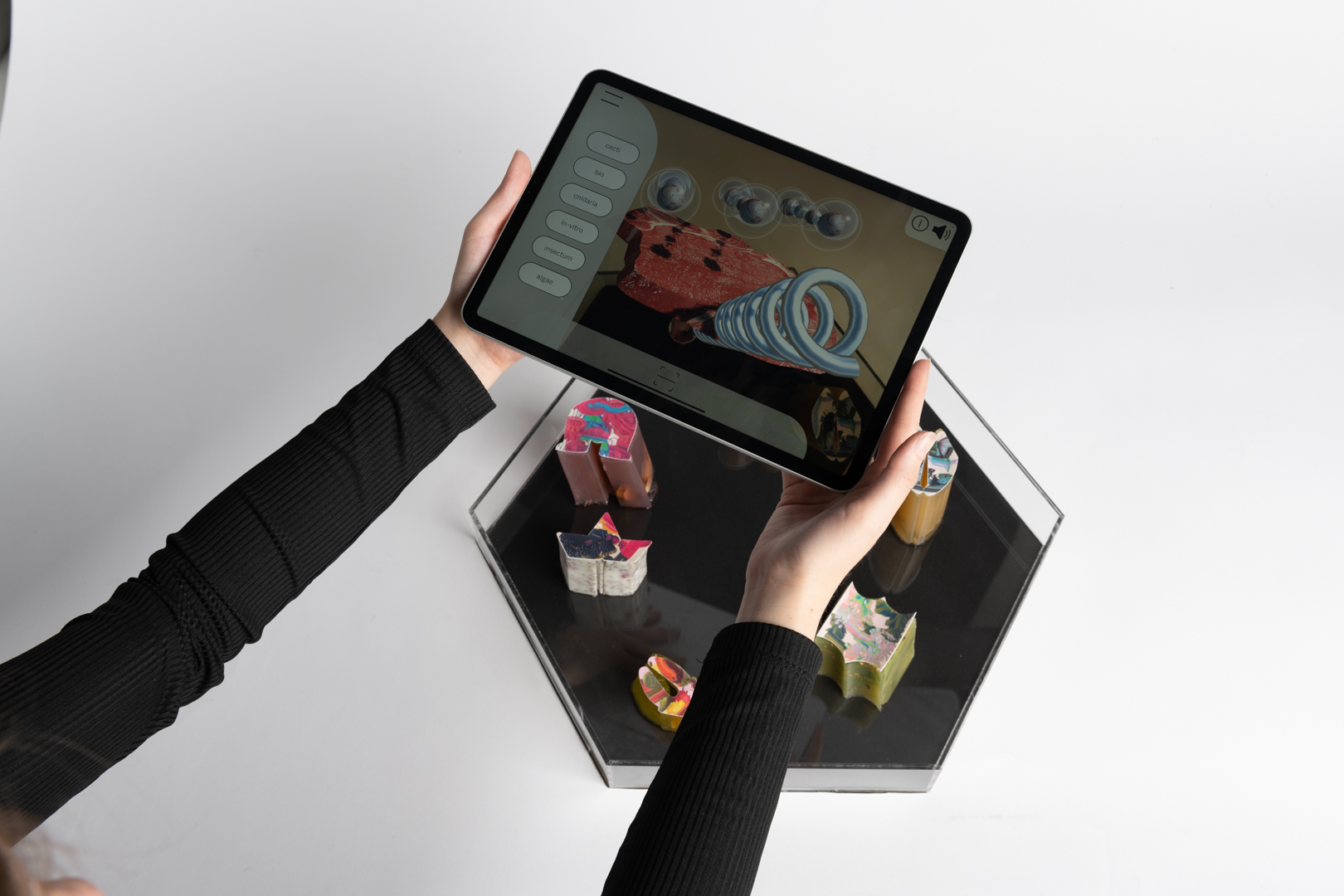 An Immersive and Edible Experience

In 2016, MIT Professor Neri Oxman published an article in which she stated the link between the following disciples: science, design, engineering and art. This so-called creative energy was coined by Professor Oxman as “The Krebs Cycle of Creativity.” The underlying idea of it states that knowledge can’t be produced or created but rather that the aforementioned disciplines can be intertwined.

In this way, Professor Oxman attempts to create a genealogy of the interrelationship between science, design, engineering an art in which one discipline can transform the other, and in which a single entity or project can reside in multiple domains.

The aforementioned genealogy was the main inspiration source of HEX—an edible and immersive experience. HEX attempts to stage a symbiosis out of the realm of these disciplines as to provide an insight on future foods speculation.

This multidisciplinary project aims to augment pleasure digitally and to reflect on how our current eating patterns may have an effect on what we will possibly eat in the future. HEX marries different media fields such as 3D-Printing and 3D-Animation, Augmented Reality, and Food Design. This both immersive and edible experience is divided into six immersive moments which are personified by so-called edibles which were designed based on nature patterns and food forecasts by British food futurologist Dr. Morgaine Gaye.

HEX—an edible and immersive experience was mainly influenced by the founding fathers of speculative design Anthony Dunne and Fiona Raby (Parsons School of Design) and Professor Neri Oxman (MIT Media Lab). This speculative project had as a main goal the stimulation of debates that question our behaviour patterns and the future societies.

The six different edibles made out of Agar-Agar (Seaweed) range from Wakame to Crickets and can be scanned with a self-made iOS Augmented Reality App. The App allows testers understand the food forecasts by proving them with properties, nutritional information and 3D visualizations of them. 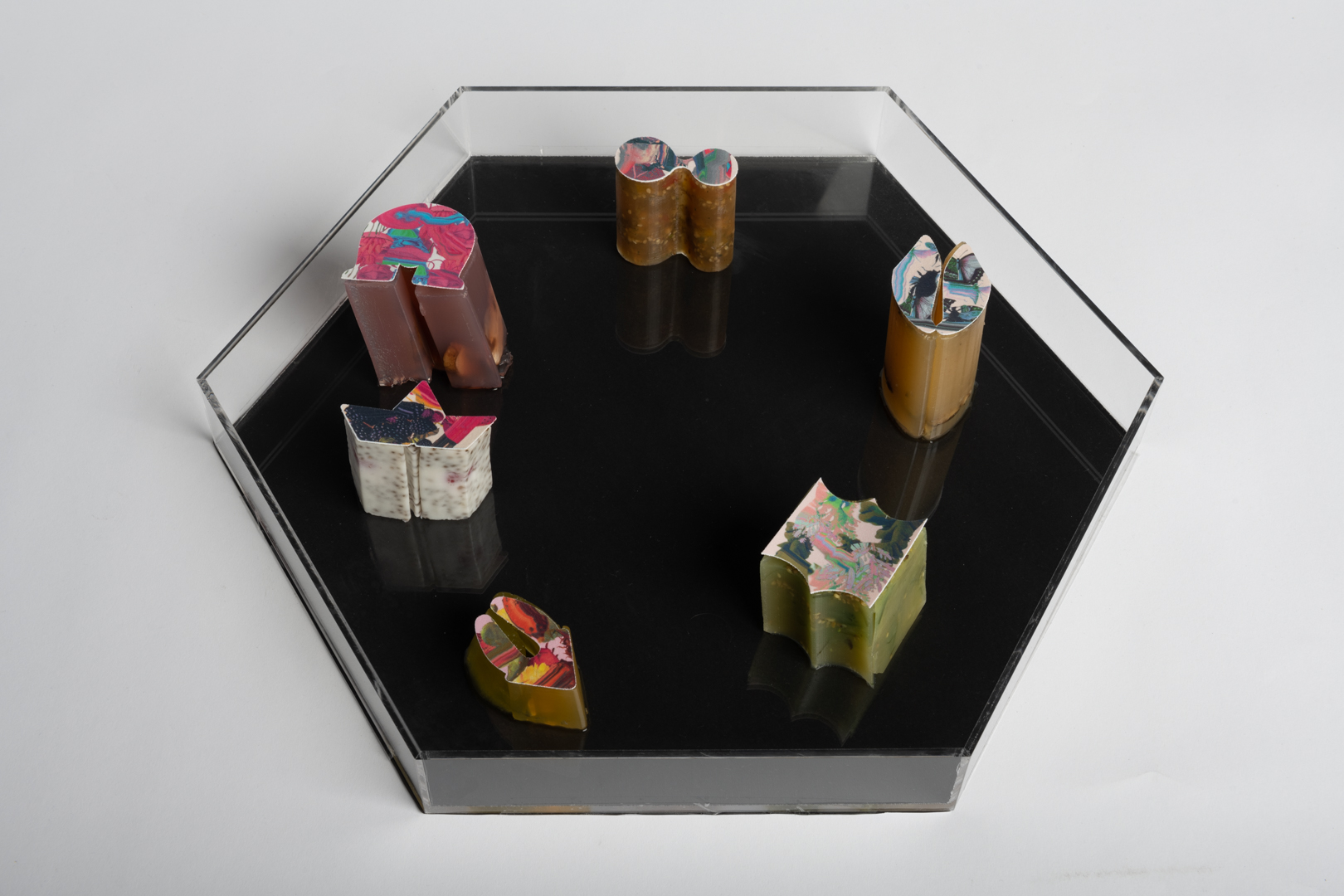 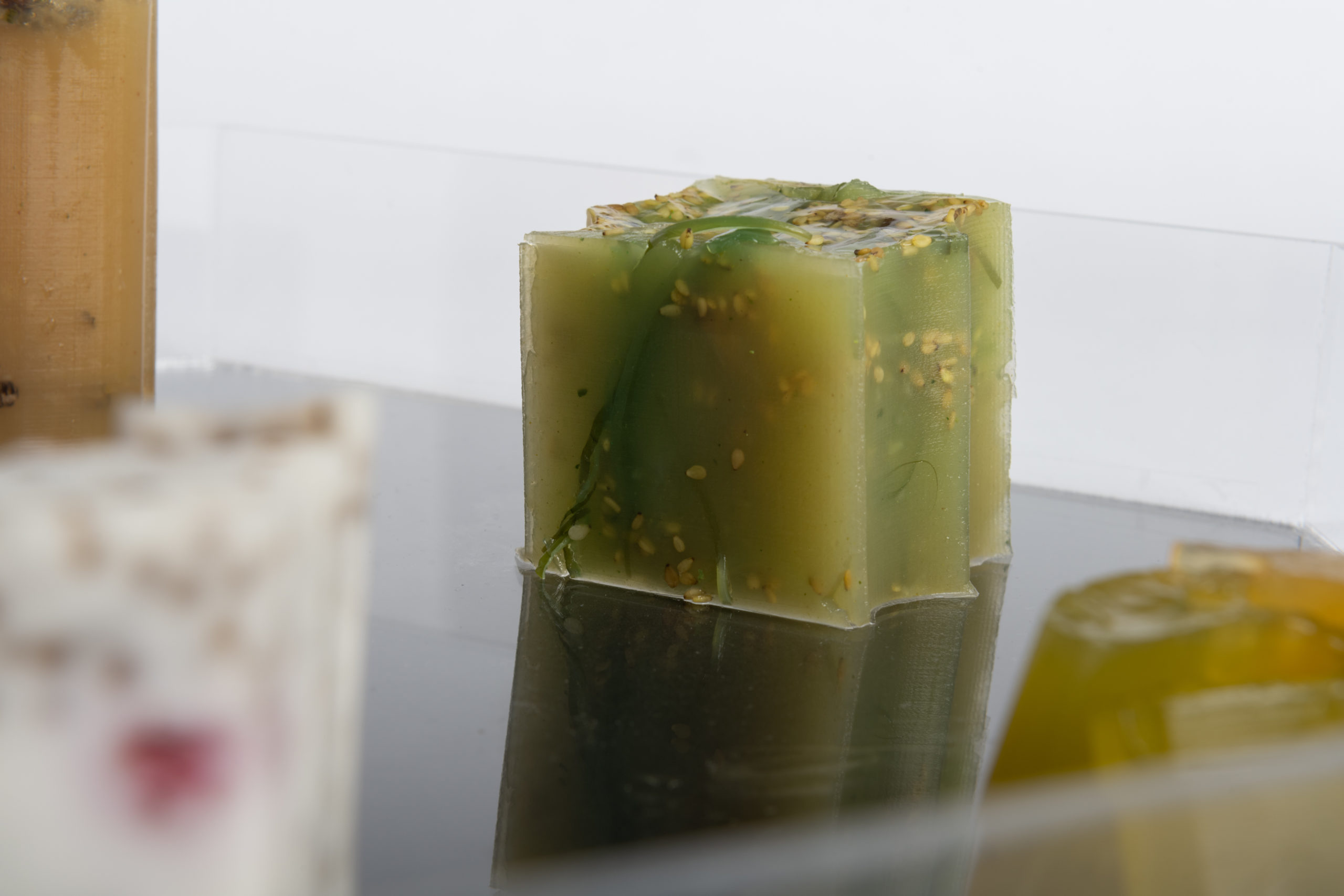 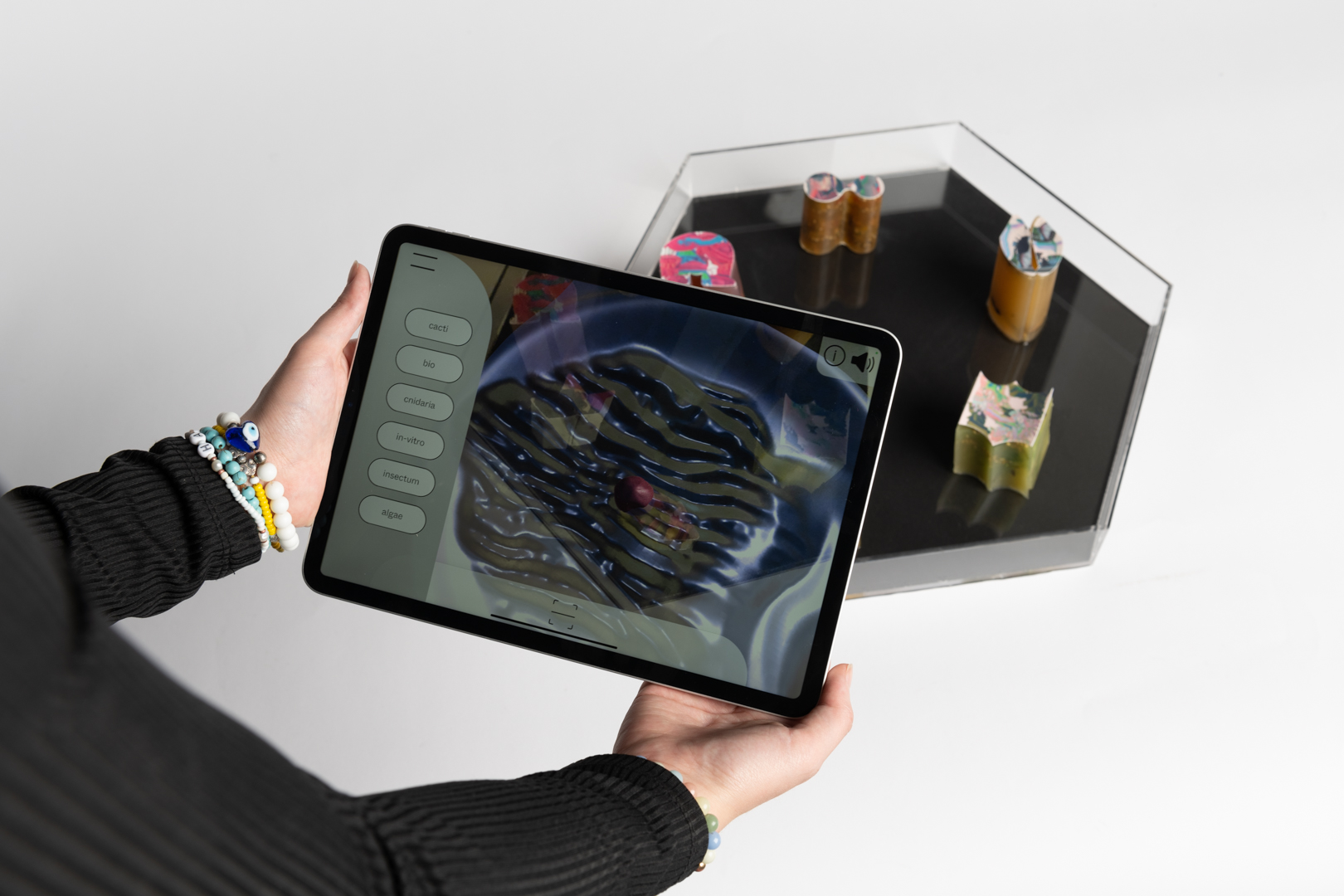 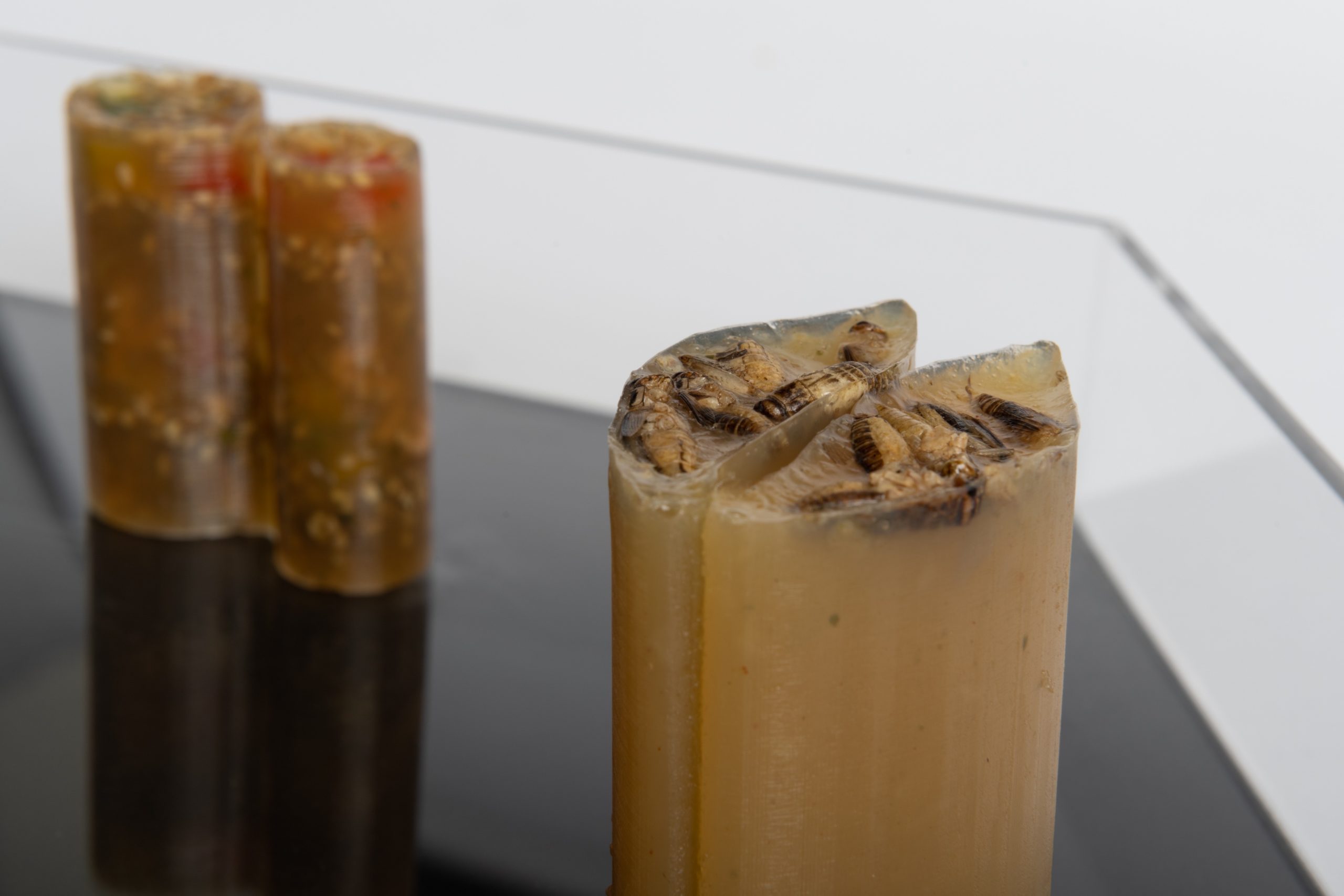