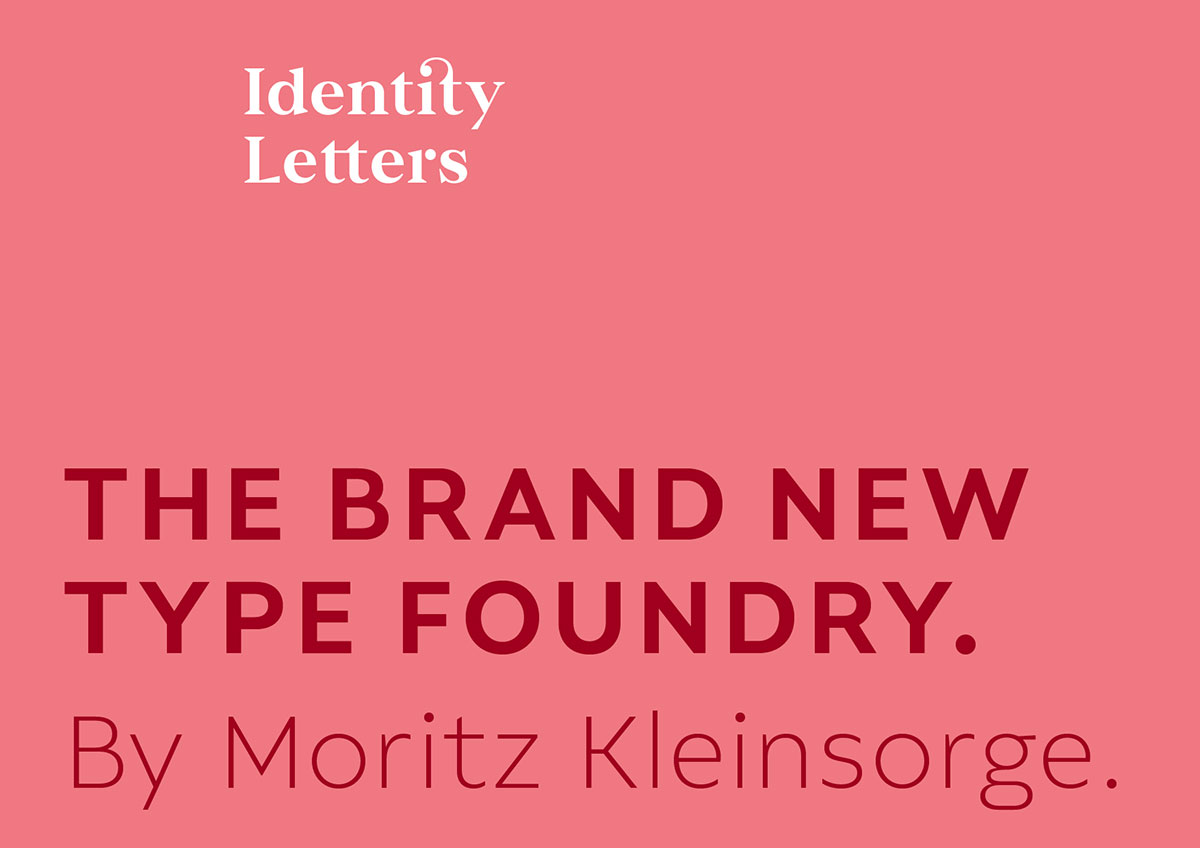 Experienced designers know that choosing the right typeface is often worth its weight in gold. On the other hand, buying and managing the corresponding licenses rarely causes jubilation. Reason enough for type designer Moritz Kleinsorge to develop his own, deliberately simple licensing model for his typefaces.

Kleinsorge’s recently opened type foundry Identity Letters makes font purchasing as easy as child’s play: you only need to choose between two different licenses. While the “Studio” license already includes desktop and web use, the “Publisher” license also covers the use of the typefaces in Apps, E-Books, and Broadcasting. Can you add more simplicity? The price is solely calculated based on the number of workstations. All other factors such as page views, domains, or app installations are always unlimited.

Identity Letters starts with a library of eleven typefaces by Moritz Kleinsorge, such as the Allrounder superfamily. Further releases are in progress.

To celebrate the launch of Identity Letters, the coupon code IDENTITYLETTERS60 provides you a 60% discount on all typefaces until January 18th, 2021.

Legible, technical, clear—with a hint of retro: Compiler is a no-frills font family straight from the heart of a microprocessor.

Inspired by console typefaces, the humanist sans serif typeface combines a large x-height with striking serifs on certain letters such as “i” and “l.” Those serifs evoke the aesthetics of monospace typefaces for programming. Even though Compiler is a proportional typeface, this detail improves glyph recognition and helps differentiate between individual letters. Combined with vertical stroke ends, which allow for particularly even spacing, the serifs make for an extremely legible typeface. (Even in small sizes.)

Brand recognition guaranteed: Compiler is ideal for applications that require a mechanical flavor without appearing offish. You can use it for websites, apps, branding, corporate design, annual reports, signage, and many other areas with perfect results.

Compiler includes an additional subfamily, Compiler Plain. In Compiler Plain, the signature letters lose their serifs and the forms of “a” and “g” are simplified. This way, the shapes are neutralized. The technical impression recedes into the background. Both families can be combined smoothly: you might use the standard Compiler fonts for display sizes and Compiler Plain styles for body copy. For total design control, you can toggle each of the defining design elements individually from Compiler to Compiler Plain and vice versa. Just use Stylistic Sets to fine-tune your Compiler fonts.

Compiler provides you with eight weights in four variations: Upright, Italics, Plain Upright, and Plain Italics. That’s a total of 32 fonts. Each style contains more than 900 glyphs, including advanced typographic tools such as proportional and tabular figures (both lining and old-style) or small caps—something you’ll rarely find in this genre. Other glyphs are optimized for display sizes, such as circled figures and various arrows. There’s also a set of glyphs designed for web use: with symbols for shopping carts, hamburger menus or checkboxes, you can implement your web projects elegantly and consistently without relying on third-party tools (like an external icon font). 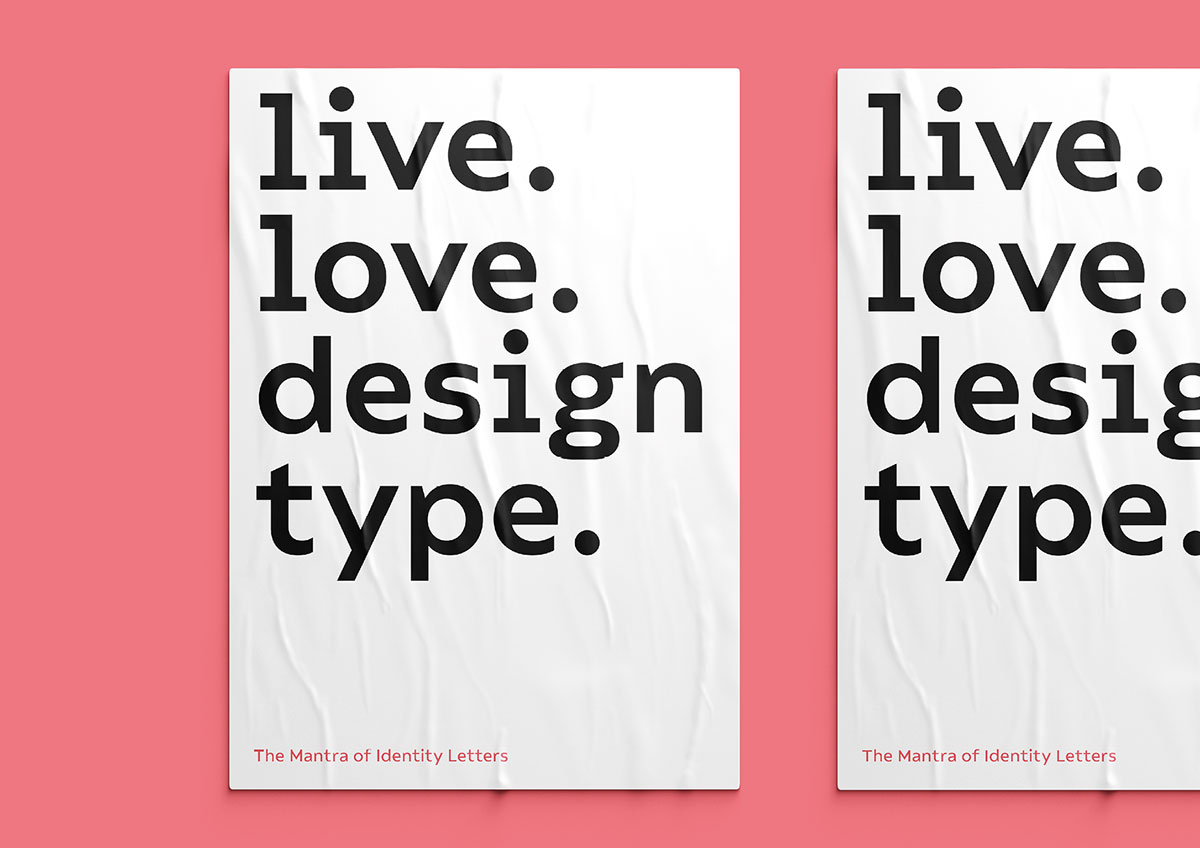 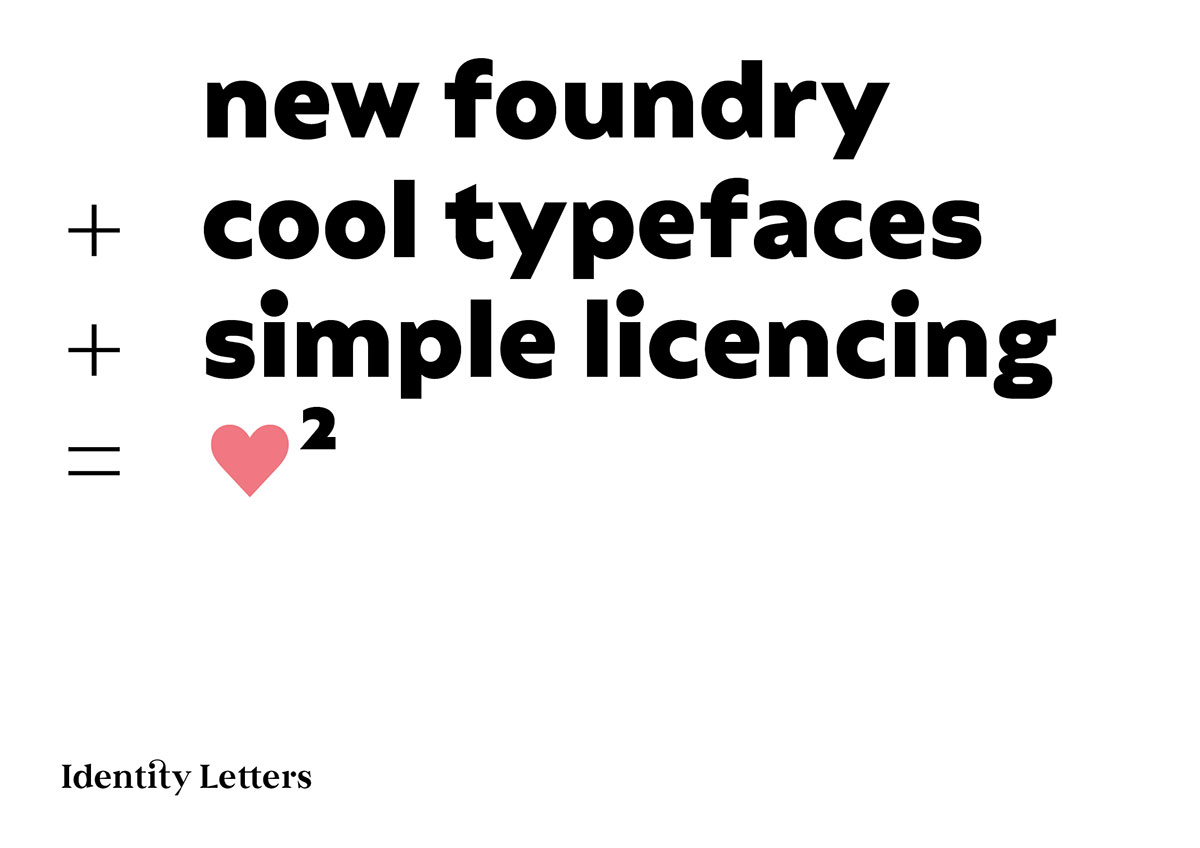 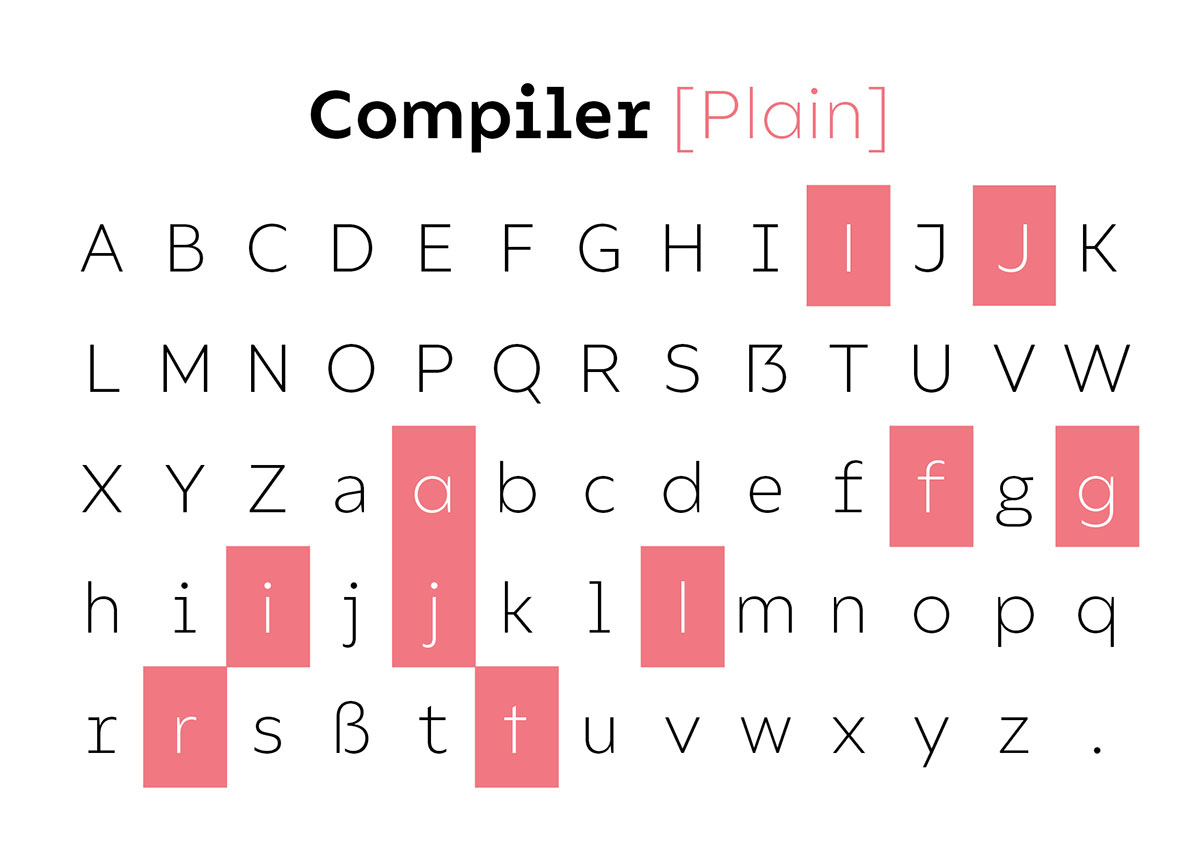 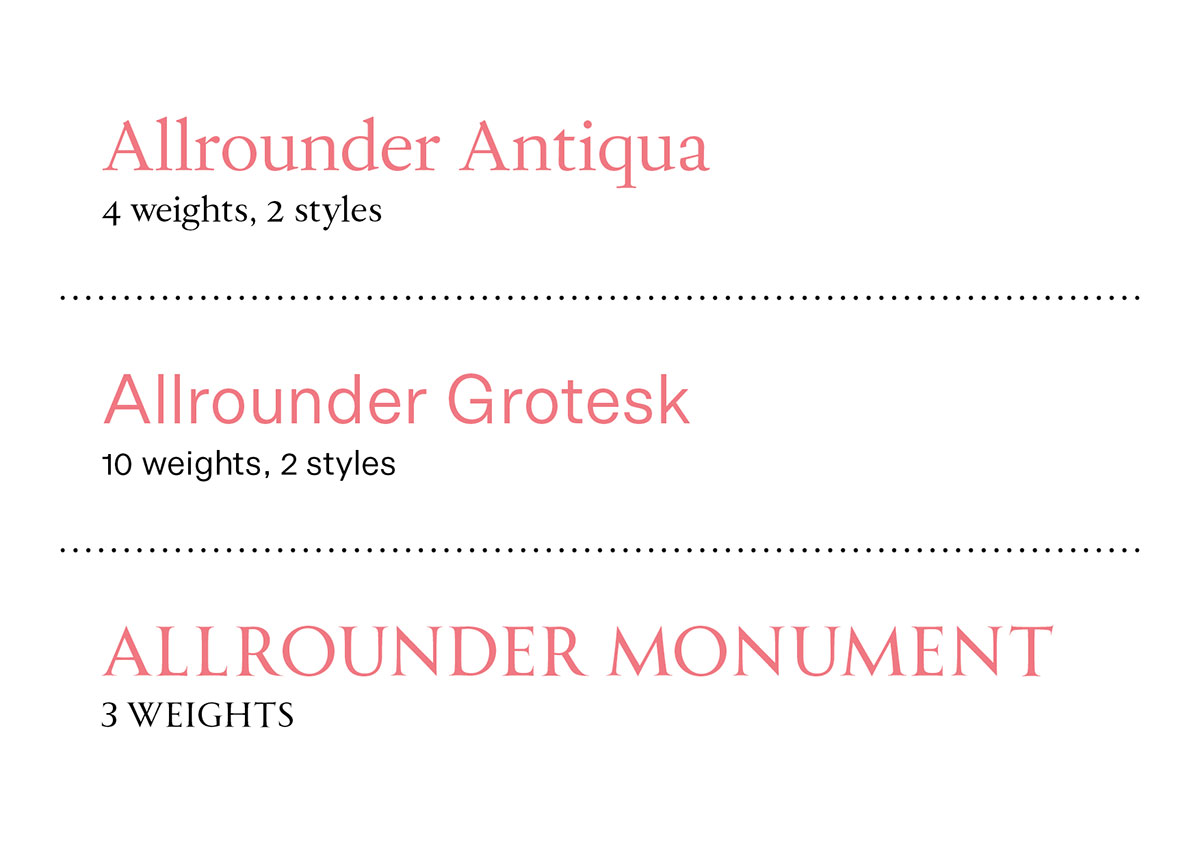 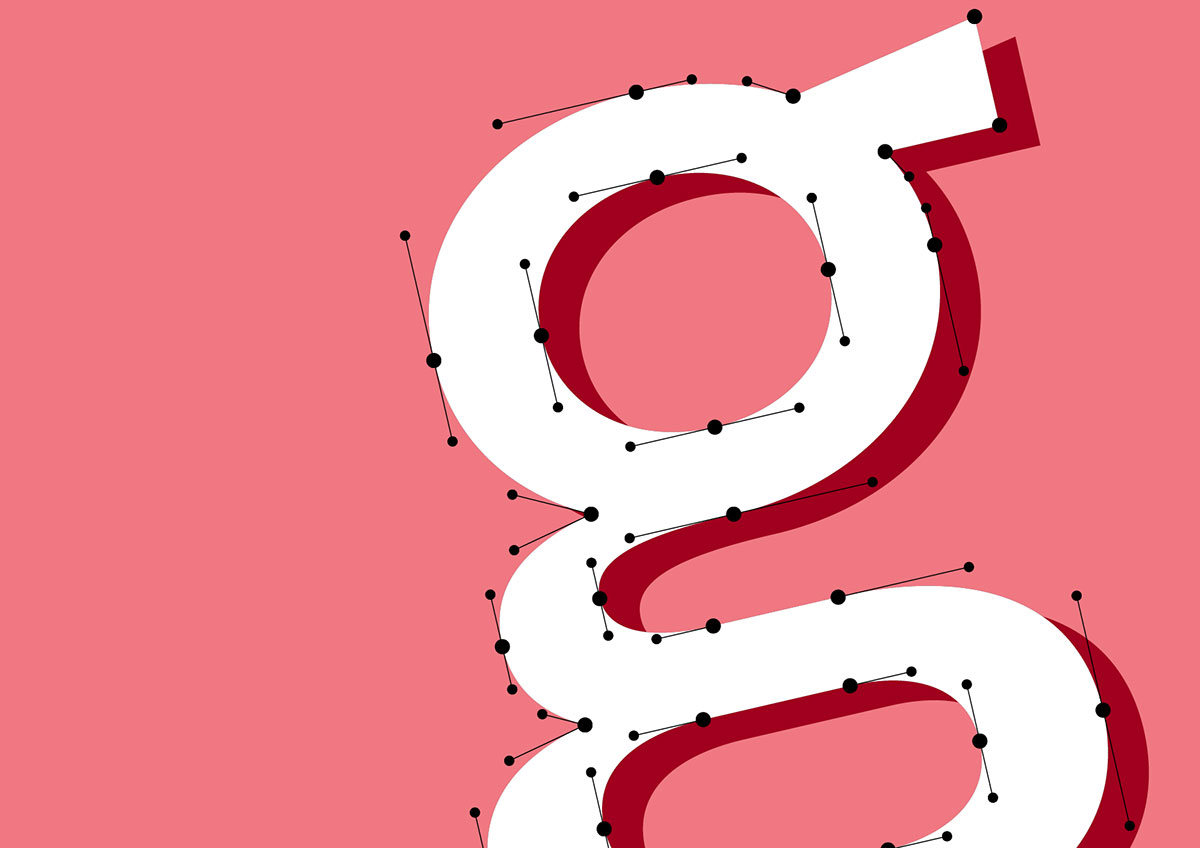 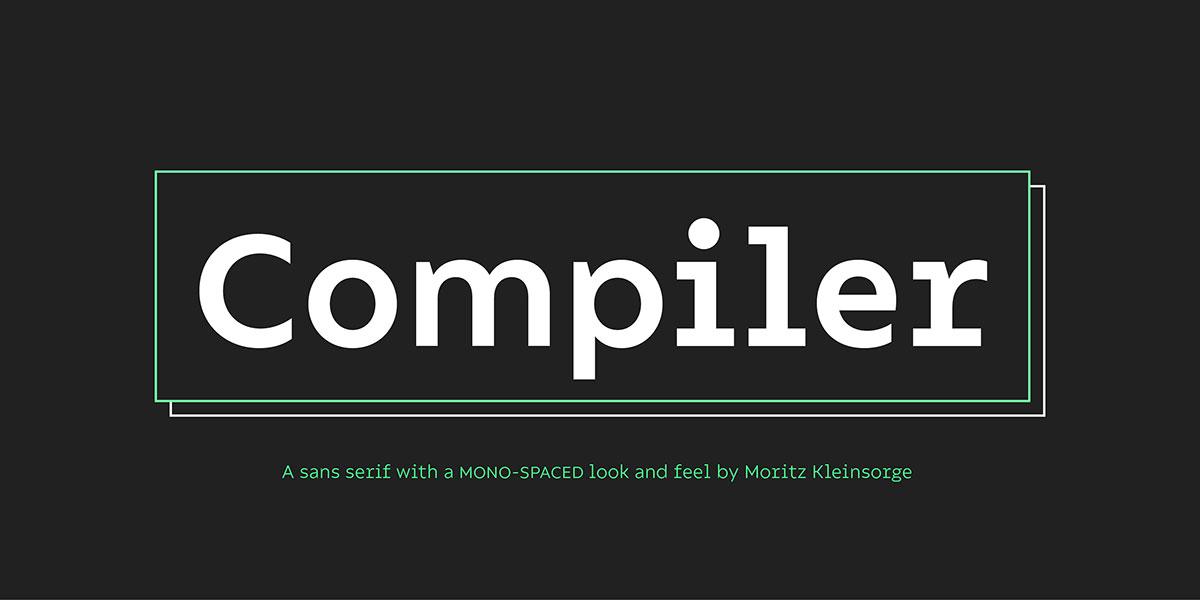 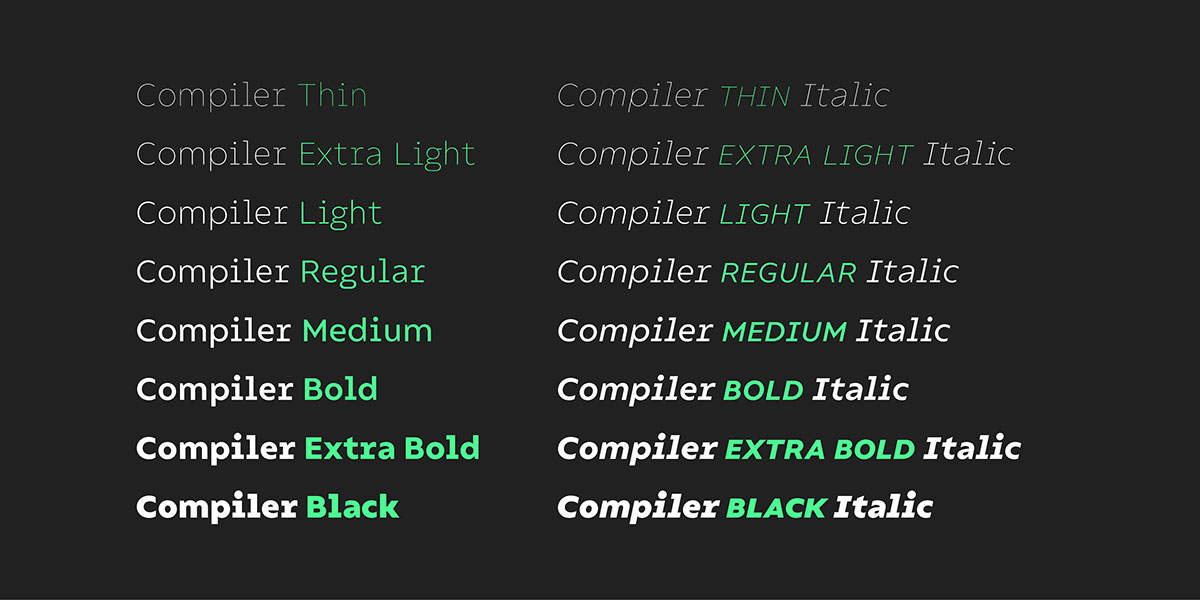 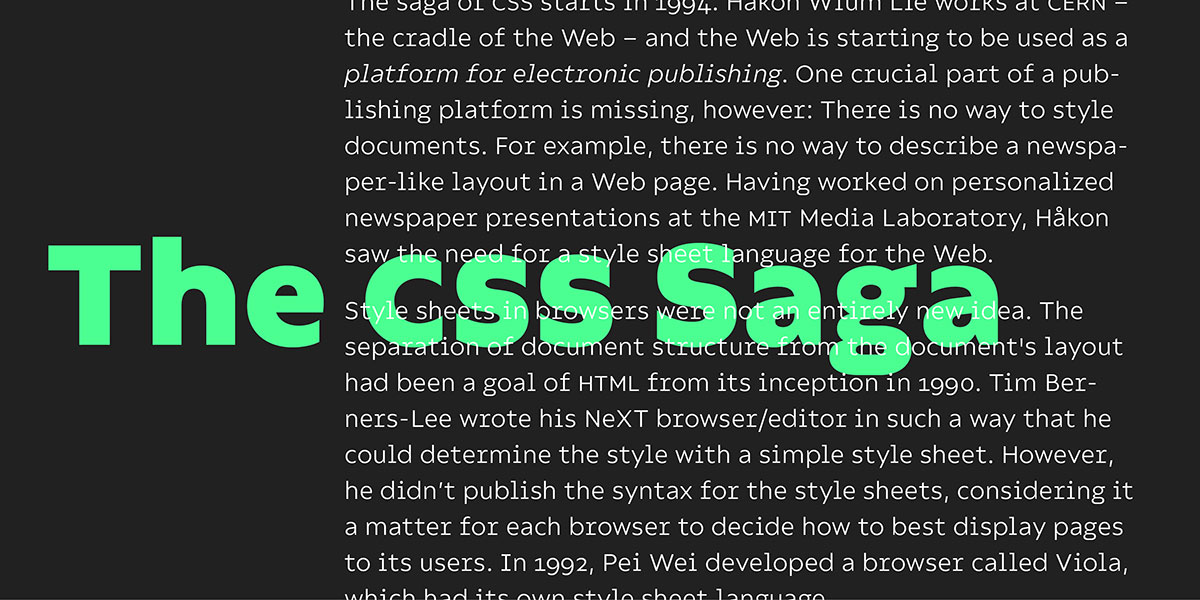 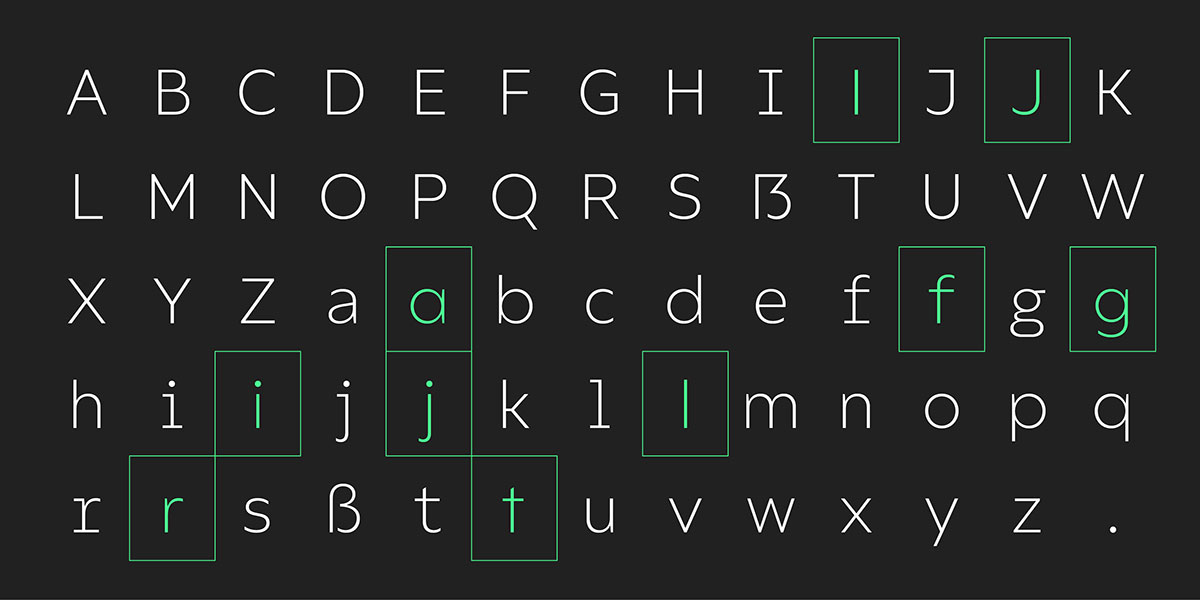 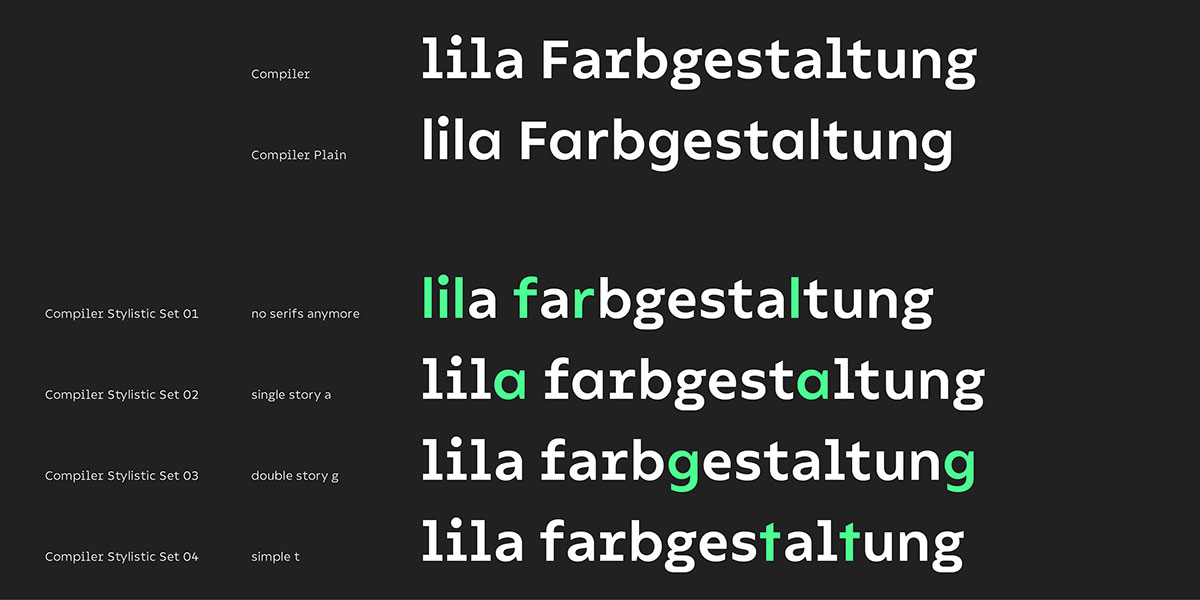 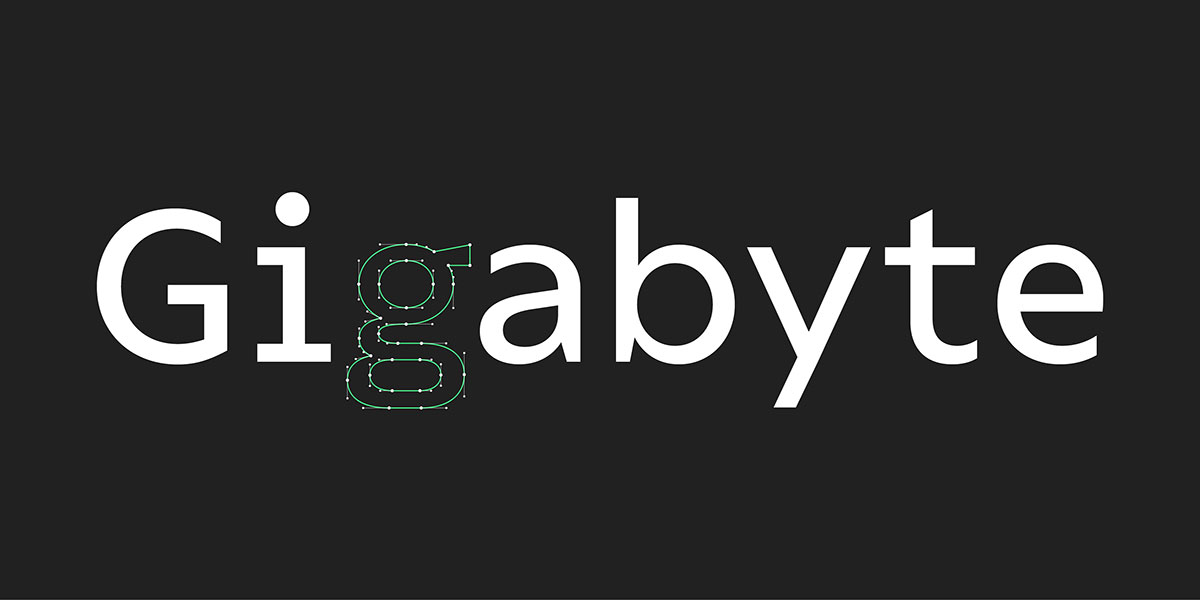 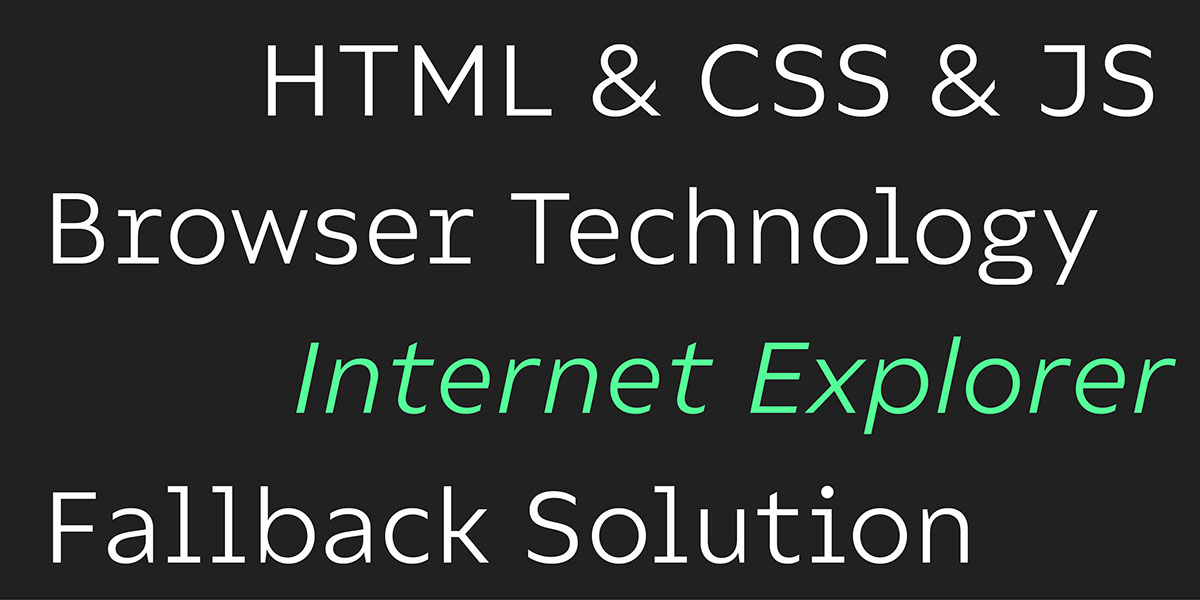 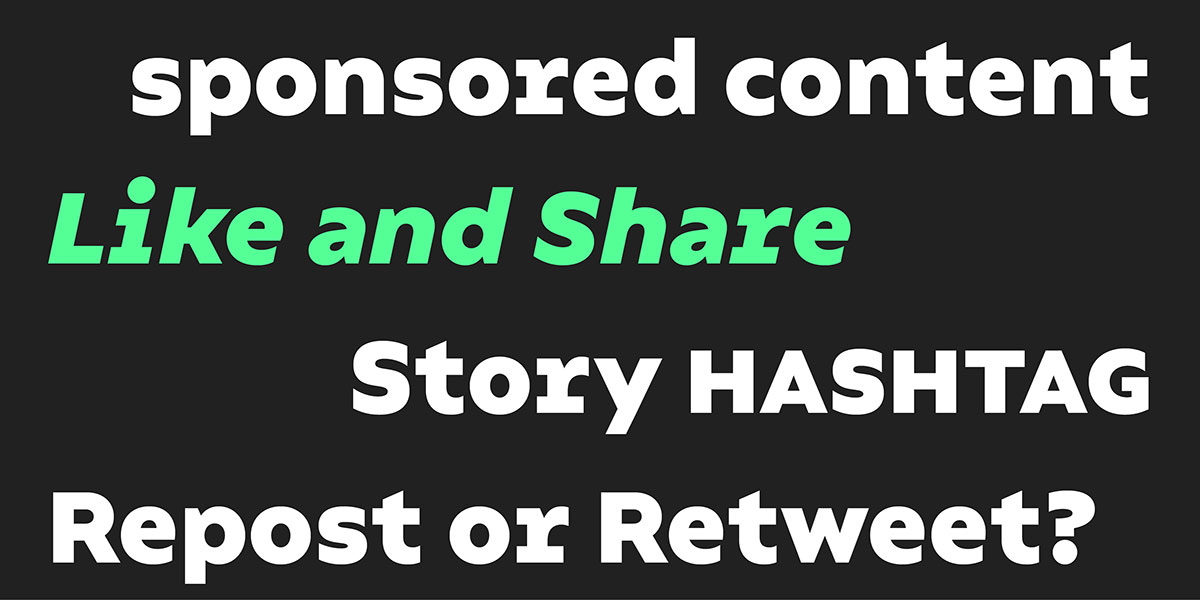 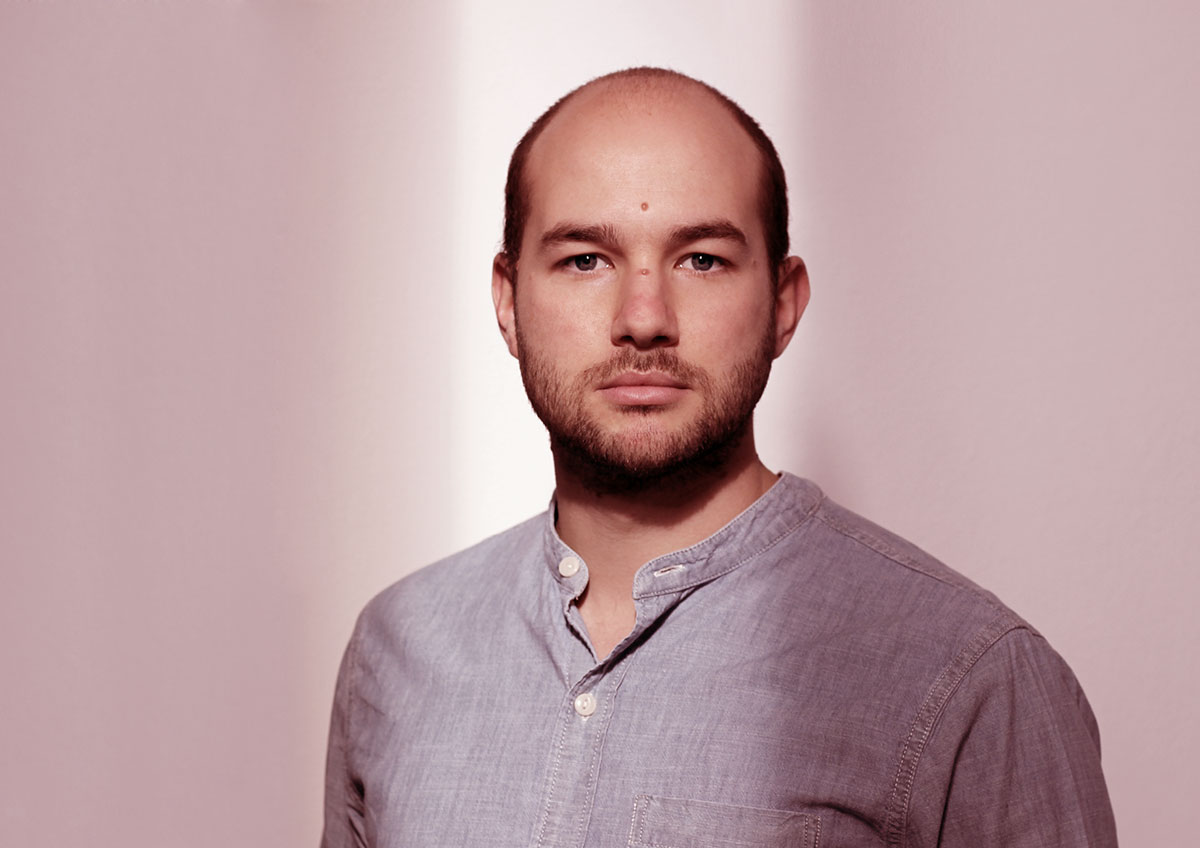