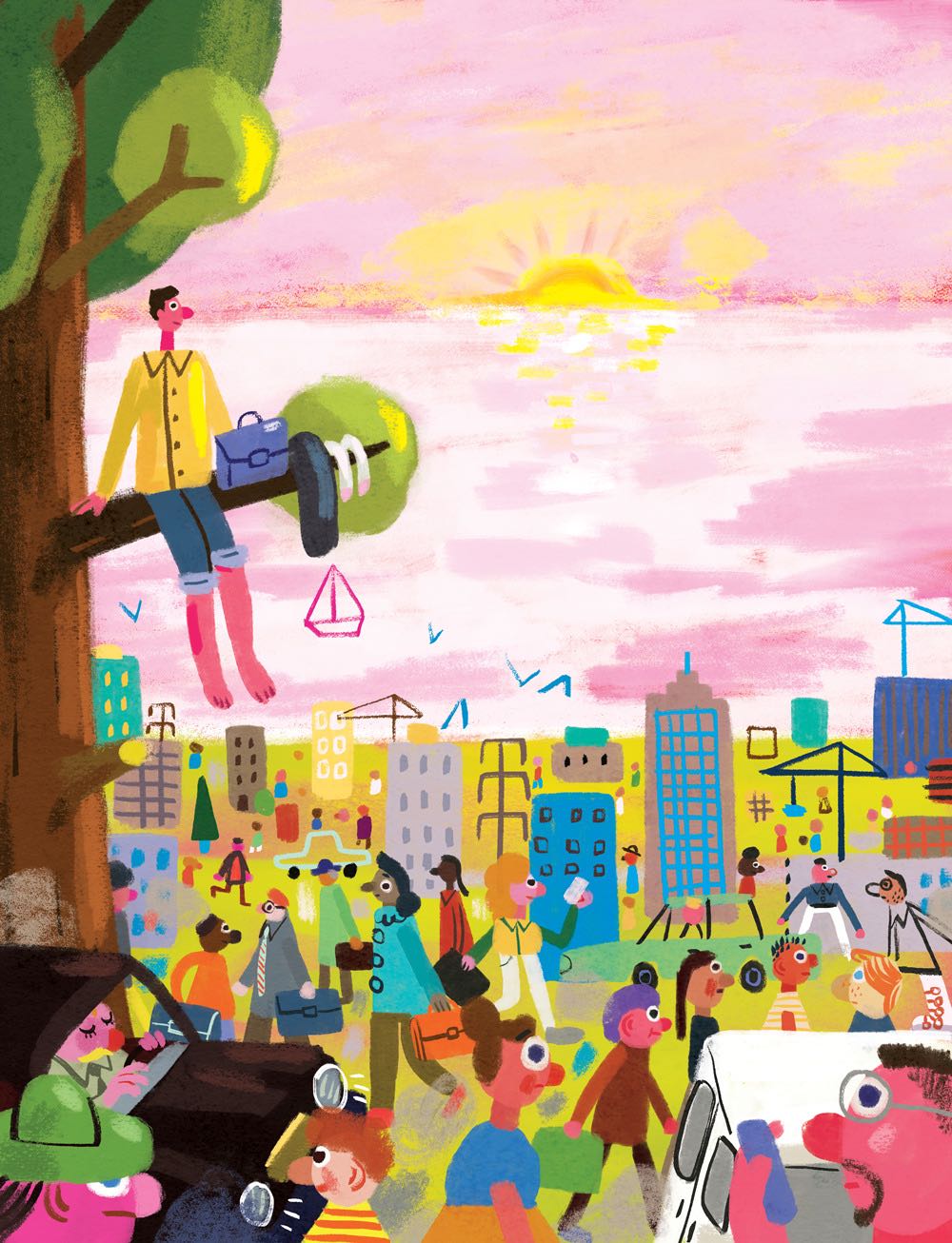 In this series we introduce you to the most exciting Israeli creative minds in graphic design, animation and illustration. Last time we introduced the illustrator Amit Trainin, more will follow. But now Israel’s most eco-friendly illustrator, Assaf.

Assaf Benharroch (sometimes written Ben-Arush) was born in 1978 in Kibbutz Sde Boker. He is now an illustrator, designer, and motion designer. He is also a partner and art director at Studio Poink in Tel Aviv, an animation studio which he runs with Lynn Polyak. Their creations include info videos, commercials, and music videos. They created the animated film “All actual life is encounter”  (written by Irit Federman) which was part of the Official Selection of Le Petit Cannes at the Cannes 2018 Film Festival. Assaf has provided illustrations for The New York Times and Israeli newspapers Yedioth Ahronoth and Haaretz. He graduated from Minshar School of Art in Tel Aviv in 2008 and now teaches digital illustration at Shenkar College of Engineering and Design in Ramat Gan. He lives with his wife and three children at Kibbutz Gal-On.

How do you divide your working week between giving classes, studio work, and family life?

Most days I work from home and communicate with my studio partner and freelancers over the Internet. I like it that way because I like my garden and enjoy working alone, and I love being with my kids a lot. I also like the idea that it’s greener not to drive to work every day. So, once or twice a week I take the train to Tel Aviv to work in my studio. Also, once a week I am cultivating a small vegetable and fruit tree plot. I teach a course at Shenkar College every year in the first semester. I teach digital illustration and I love it.

Which current project are you most passionate about?

I am working on a short animation about regenerative agriculture. In recent years I have been worried about the overexploitation of our natural world. It’s a topic I’m investigating and I’m very interested in. I got to know this kind of agriculture, which gives me much more hope for the future than any other solution found so far in terms of global warming and other ecological damage. This project is a big challenge because I am not a farmer or a scientist. I have recently received funding for this project, so I am very excited about it. My dream is to make it a TV series that presents different solutions to the global crisis. I think that most people do nothing to improve the situation because they are overwhelmed by the frightening information and do not believe that it is in their power to turn things around.

Why are so many Israeli illustrators lecturers?

It is extremely difficult to live from illustration in Israel. Teaching is a good opportunity because there are so many students.

Would you rather make more newspaper illustrations or more music videos?

Which artists have you worked with and learned from?

I love the British comic artist Jon McNaught. I don’t know him personally, but he influenced me a lot. Naive art is also a great source of inspiration. I love Henri Rousseau, Frida Kahlo, and Gary Bunt.

Are there forms of nature (like plants, animal world, clouds) that you would like to study for creative inspiration?

Very much! Nature is my greatest influence and teacher. I love the patterns and chaos in nature.
Assaf has developed handmade geometric stamps, brushes and other digital tools for Adobe Photoshop. You can download them here. 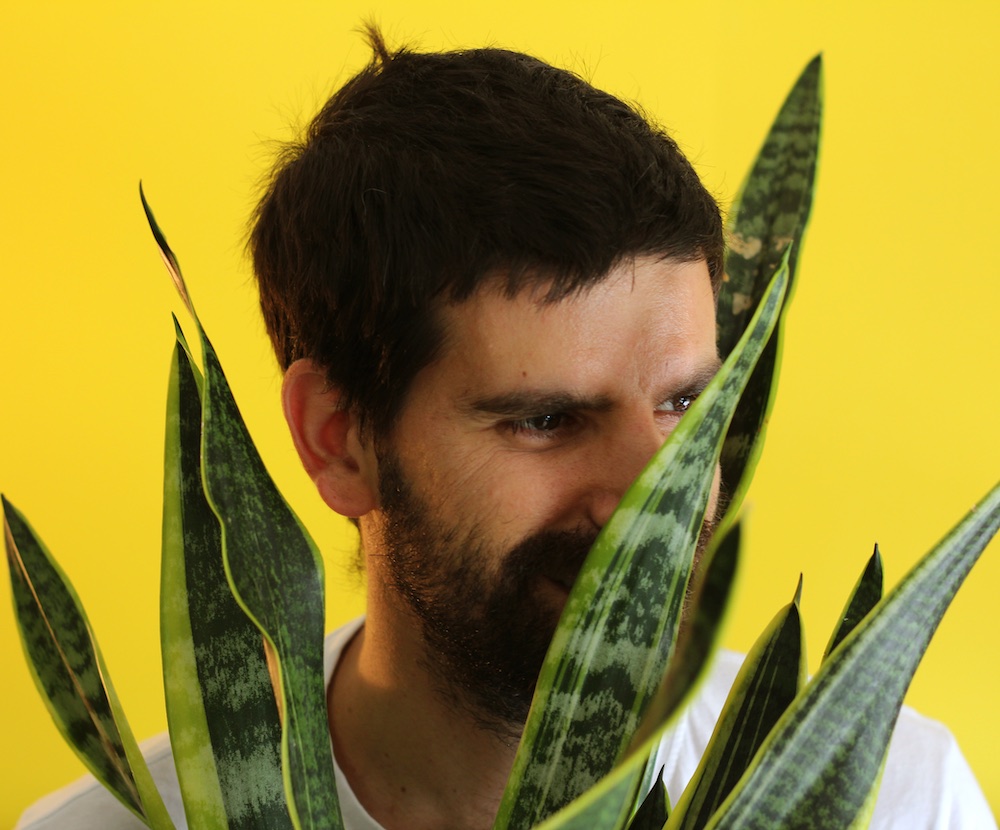 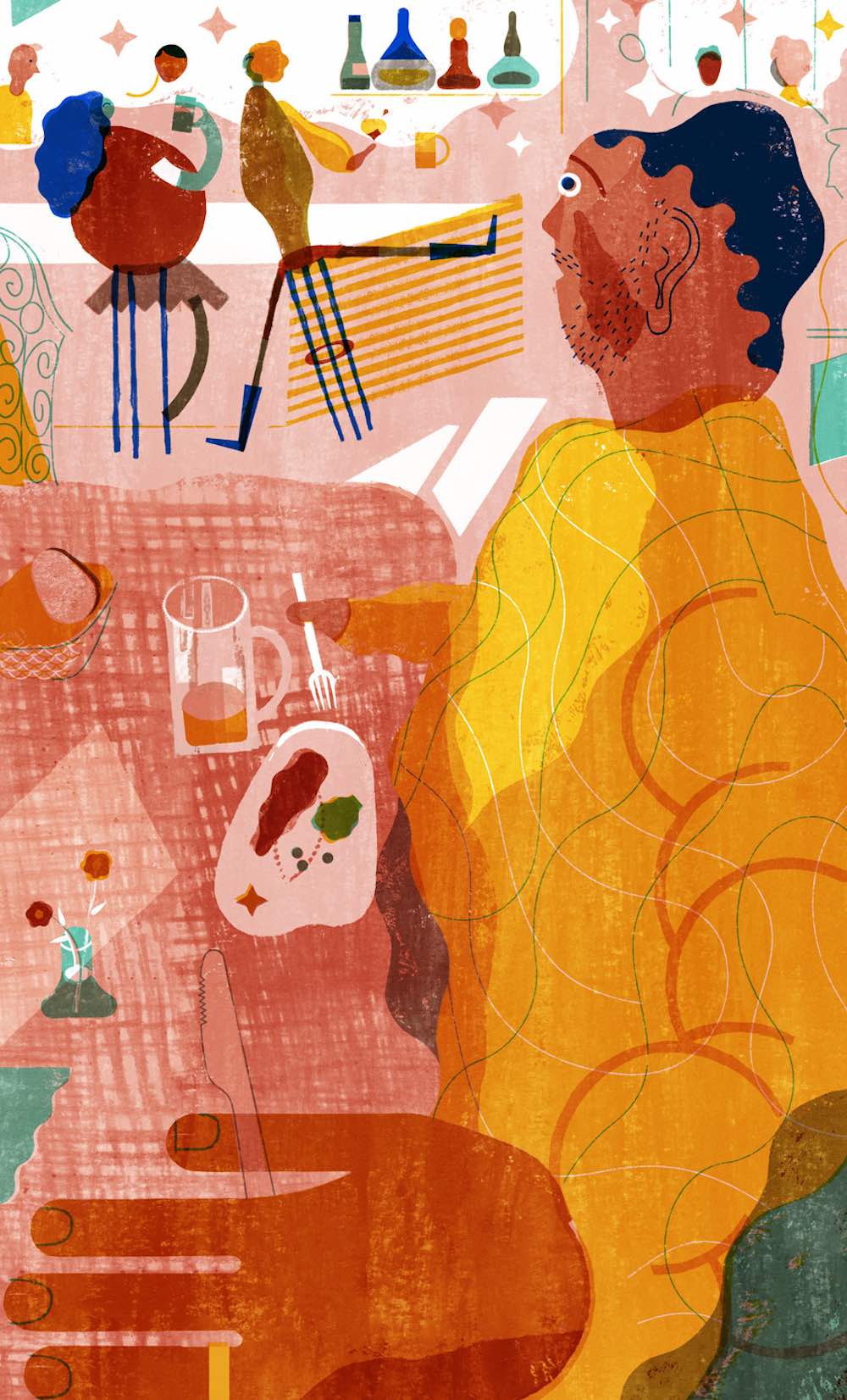 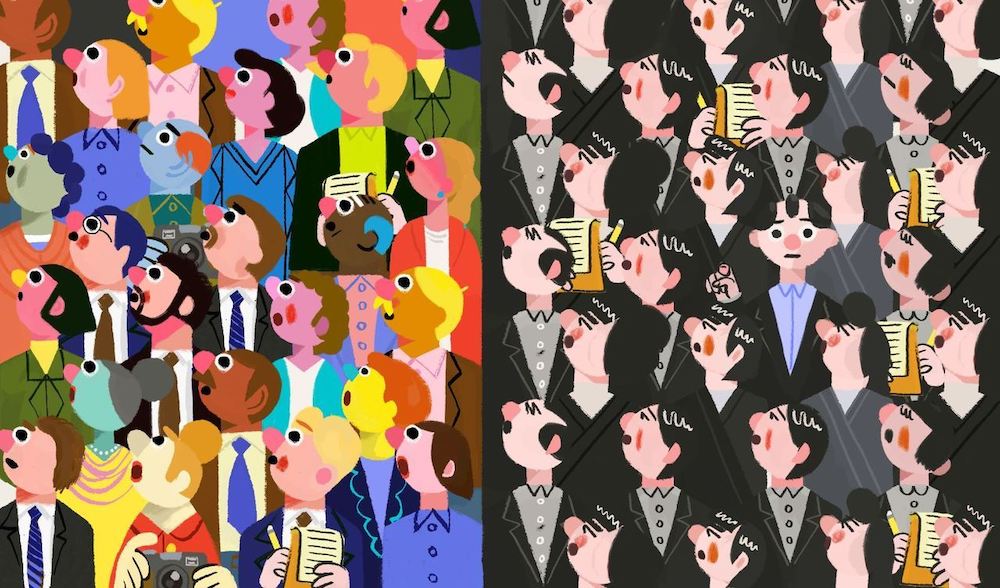 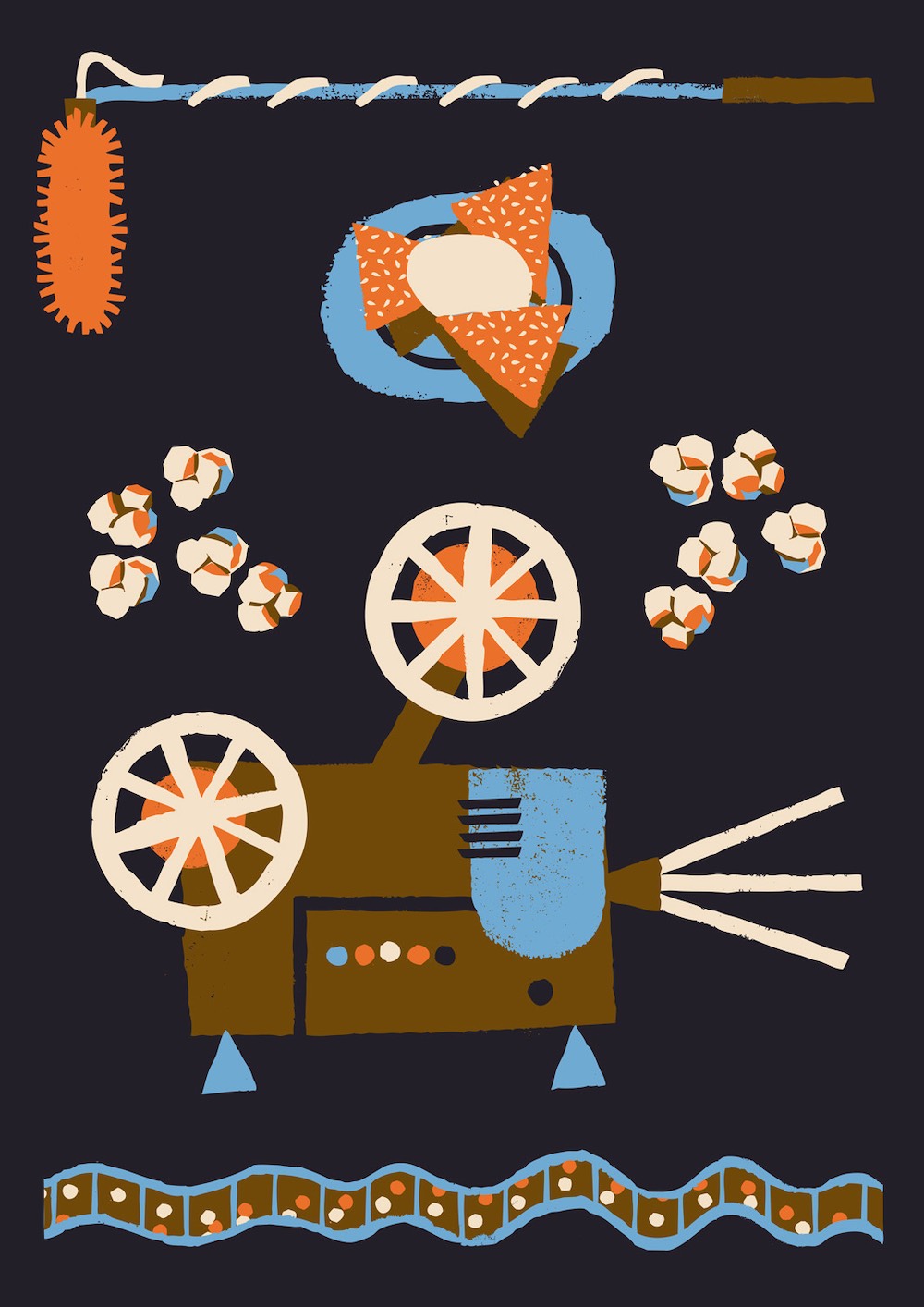 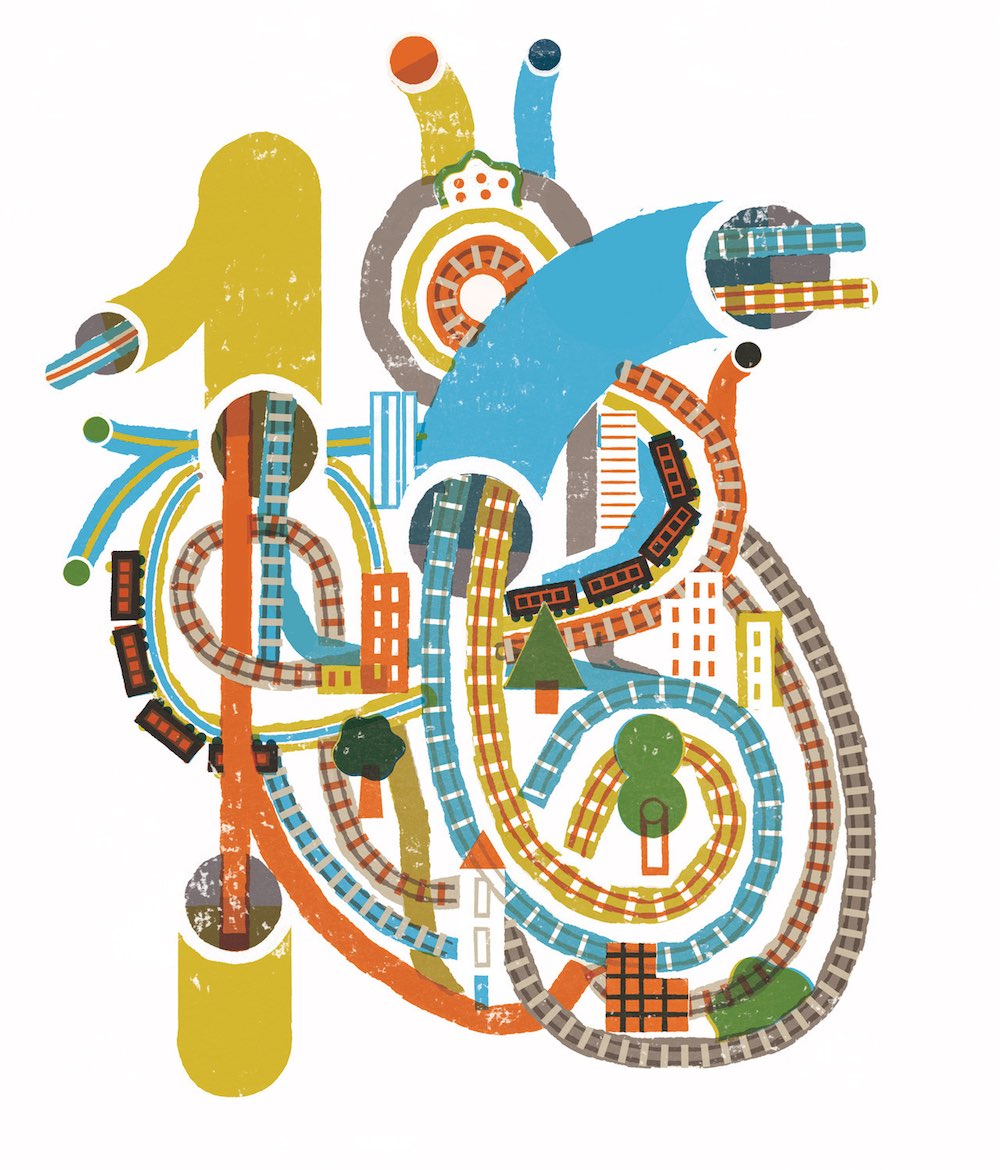 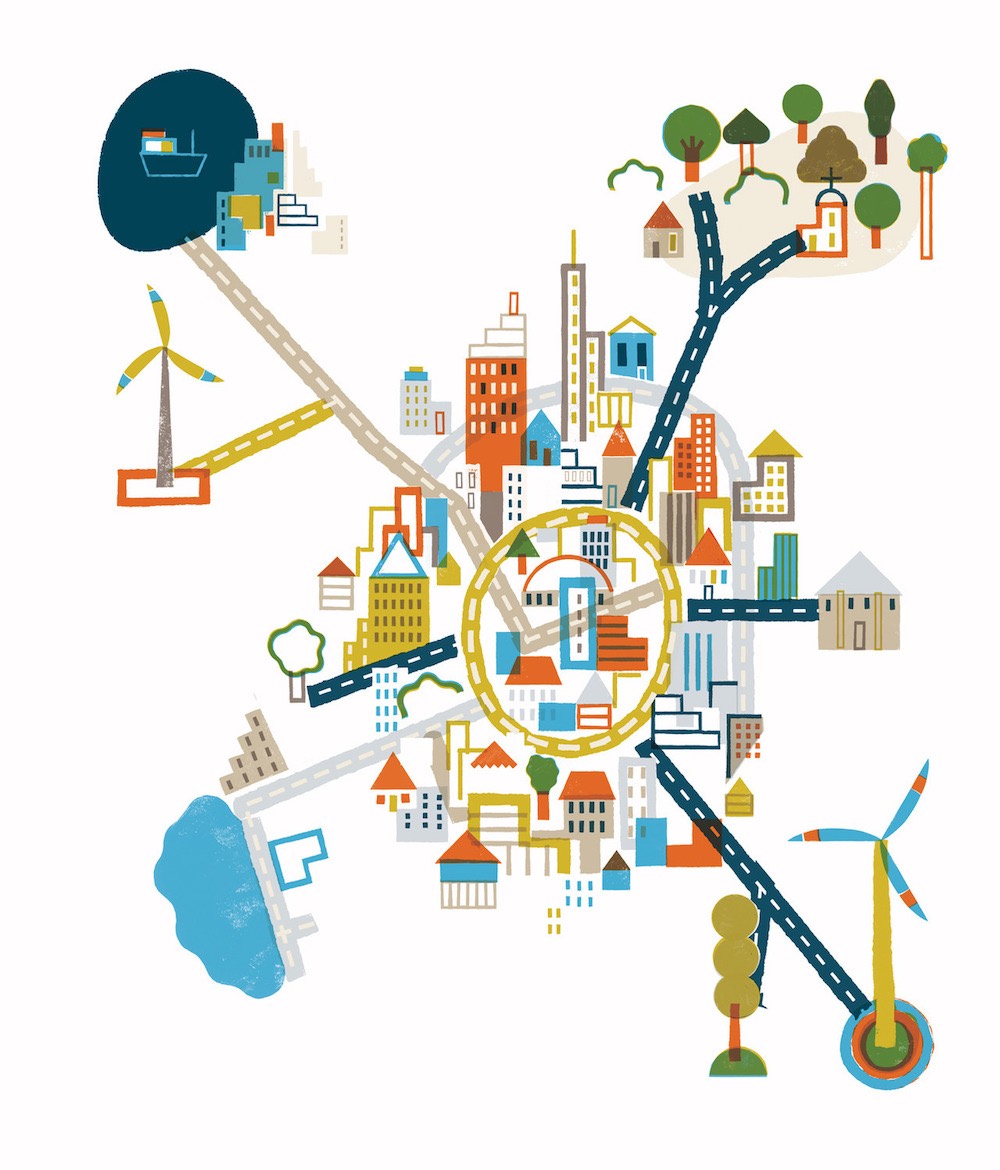 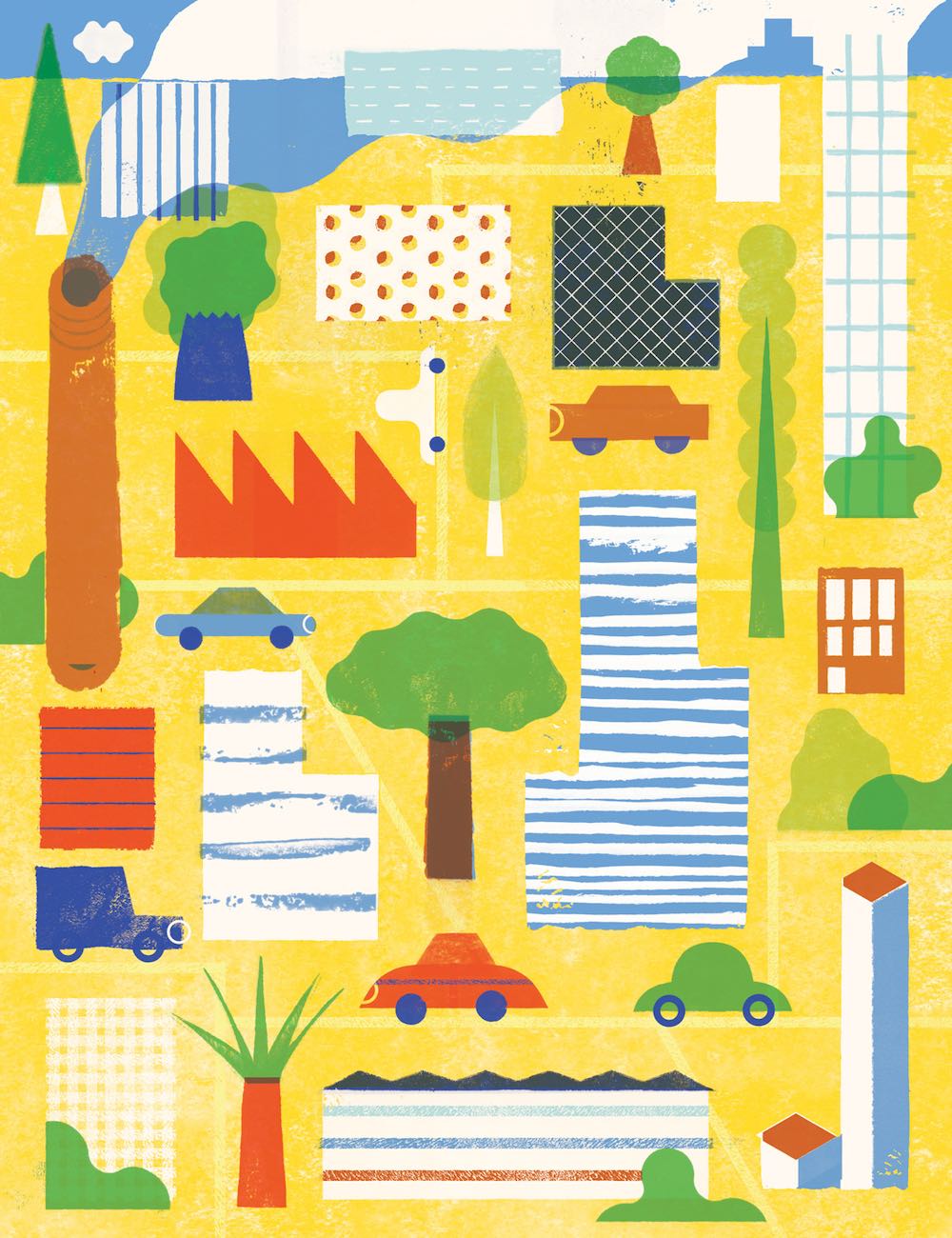 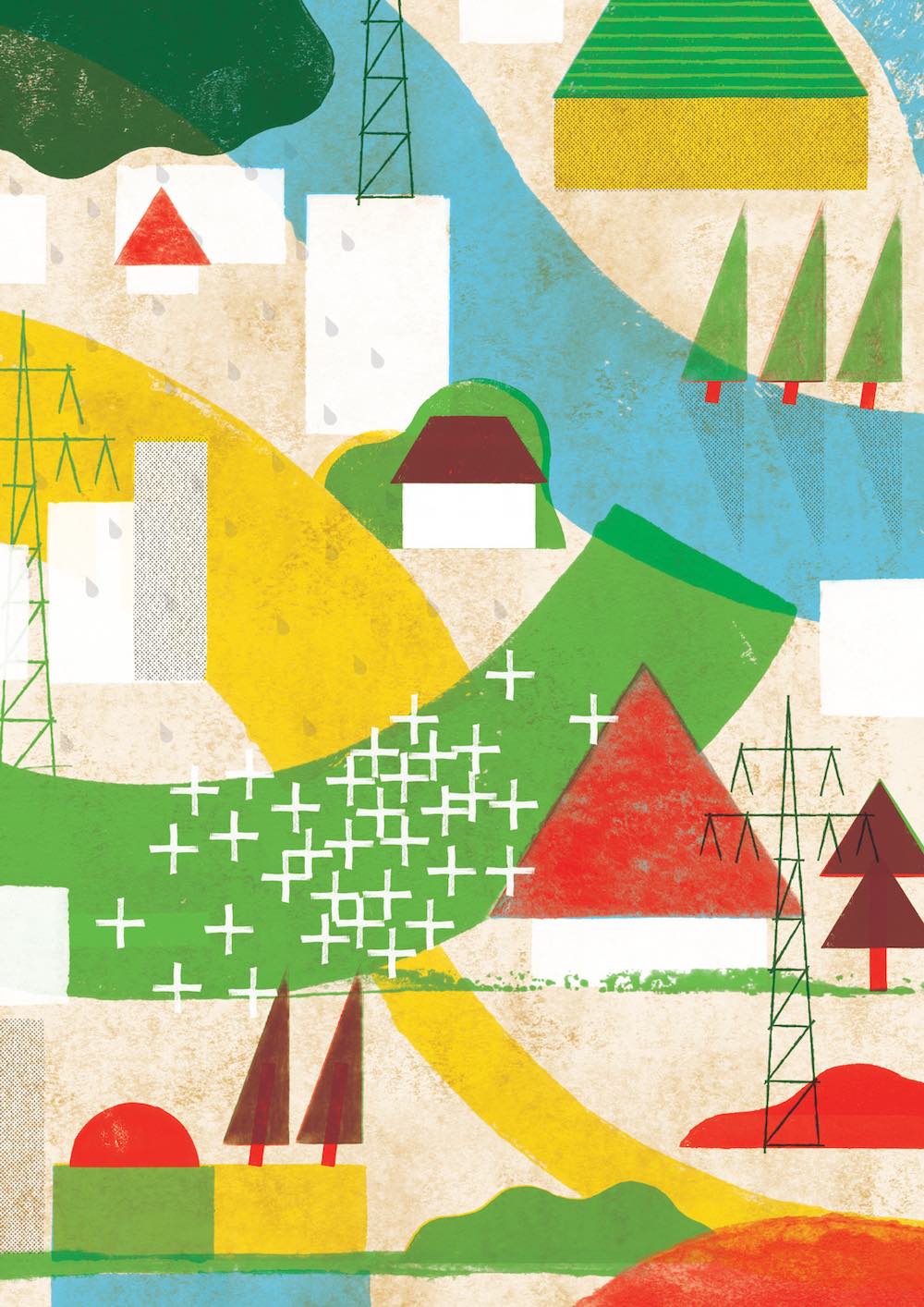 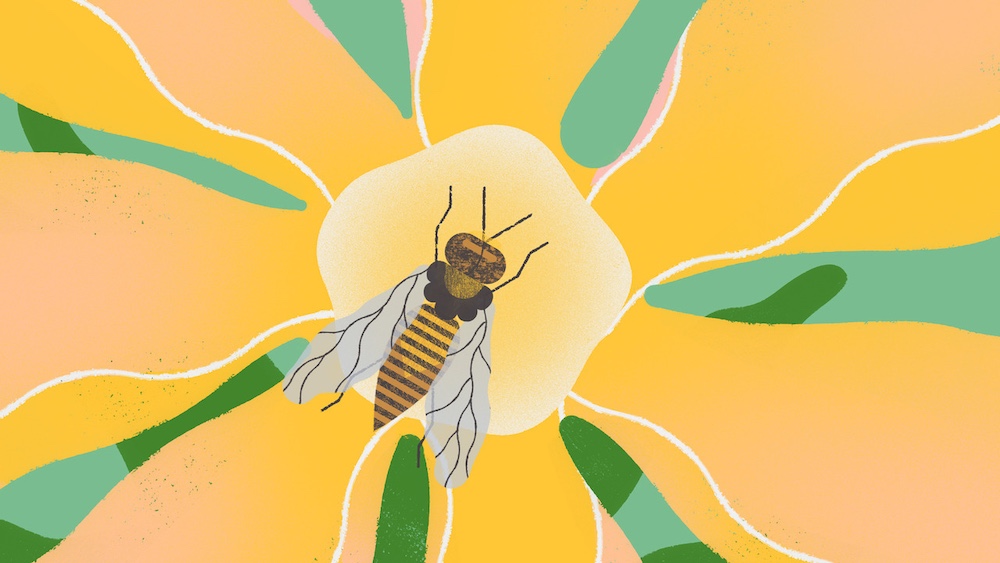 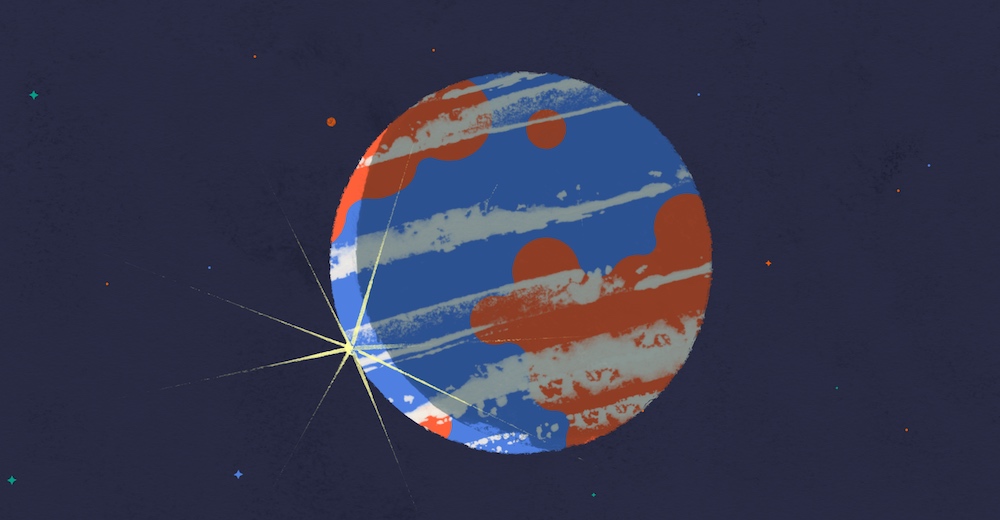