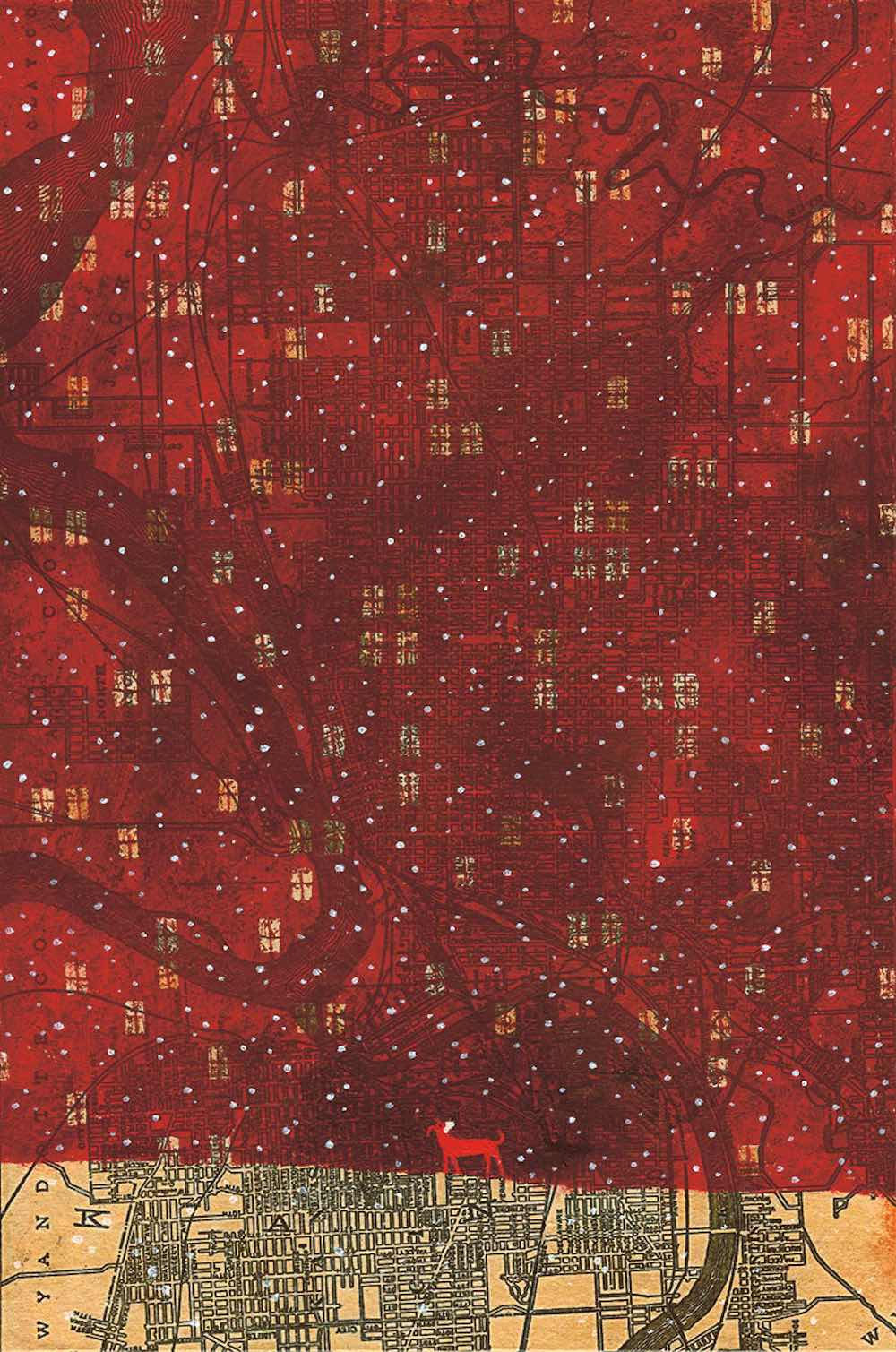 In this series we introduce you to the most exciting Israeli creative minds in graphic design, animation and illustration. Last time we introduced the illustrator Masha Manapov. More will follow. But now Ofra Amit.

Ofra Amit is an Israeli illustrator. She studied architecture, then visual communication at Wizo Academy of Design in Haifa, Israel. Ofra first worked as a digital animator, lived in New York for two years and finally settled down as an illustrator living and working in Tel Aviv. She uses acrylic paints on paper or board, sometimes combined with collage, and colour pencils. Her illustrated children’s books often treat dark topics. So, she succeeds to bring light and creative dialogue into the terrible life story of the Polish-Jewish writer Bruno Schulz (1892-1942) on whom she created an illustrated book. Ofra Amit has won many Israeli awards as well as numerous international prizes including 3 × 3 Picture Book Show Gold Medal, Society of Illustrators Gold Medal, and the Israel Museum Award for children’s books illustration. Her work was exhibited in Europe, South America, Iran and Israel. Ofra has been lecturer of illustration at Wizo Academy of Design in Haifa.

Do you do commercial or advertising work on assignment?

I rarely get such assignments. I recently turned down a commercial assignment because although it was something I really wanted to do, and although the concept integrated feminist ideas that I identify with, the company of the promoted product is known for conducting its business in a way which, although indirectly, supports the occupation of Palestinian Territories.

Commercial and advertising illustration is a more manipulative art. For me it means going through the creative process in a more detached state of mind, so that the quality of work does not depend upon the illustrator’s empathy or lack of empathy to the idea it promotes. This is why I find more freedom in book illustration.

You seem well equipped to deal with dark subjects. Would you ever want to illustrate a cute Baby Shark tune?

I have no problem with “cuteness,” as long as there is more to it than just being cute. To me, the Imperfect is more interesting to explore than the Perfect and the Ideal. Same with “darkness” or “sadness,” there has to be a bright side too. For quite a while my visual interpretations were too one-sided (towards the dark side). But one-sidedness literally means flattening. So, to me the artistic search has to be for the delicate balance between sadness and happiness, good and bad, dark and bright. It took me some years to apply this seemingly obvious insight into my work.

Do you find your artistic soulmates rather in the art world or with writers?

Naturally, with people from the visual fields I would have common interests and mutual understanding, but I think that eventually, artistic soulmates come into being on the basis of the essence of their artistic doing and not on the basis of the artistic field they come from. It can be literature, film, music etc., it doesn’t really matter. What makes people become artistic soulmates is sharing a similar point of view through their art.

Would you like to do stage design or theater posters?

Yes, I would love to! I have this fondness for three-dimensional art, and I like designing and building boxes and other 3D stuff in my spare time. I usually work in small formats and I can be easily deterred by large format projects like stage design. However, some time ago I had the opportunity to create a continuous mural in a large space. The work process was so fascinating and mind-opening for me, that stage design projects are definitely something to look forward to.

How did you manage to participate in an exhibition in Iran?

I have many Facebook friends from Iran, all of them related to art in one way or another. It’s so great being able to connect regardless of the political situation between our countries. If there are any bright sides to Social Media, this is definitely one of them. A few years ago, one of my Iranian colleagues invited me to participate in this illustration exhibition of works done for poetry. Besides the Iranian illustrators there were also some illustrators from around the world to be presenting their artwork. Of course, I would not turn down such opportunity! I sent a digital file of the artwork and it was printed and exhibited. The only thing was that I wasn’t able to get the physical copy of the exhibition catalogue. Anyway, it was a real “Art is a Bridge Between Cultures” feeling.

Here is a video portrait on Ofra’s work.

All illustrations are taken from the personal book project Kashtanka, a short story by Anton Chekhov, illustrations by Ofra Amit. 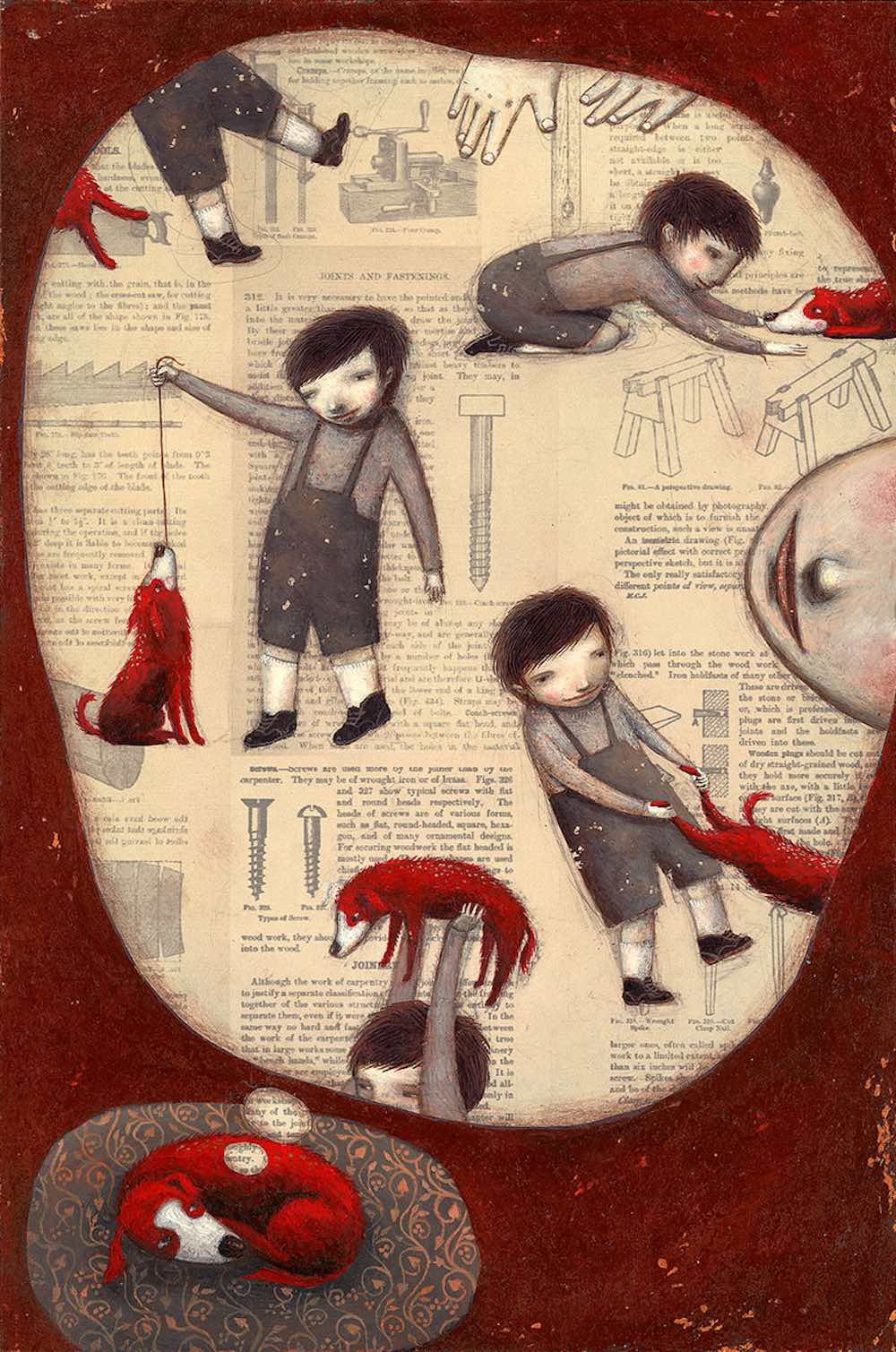 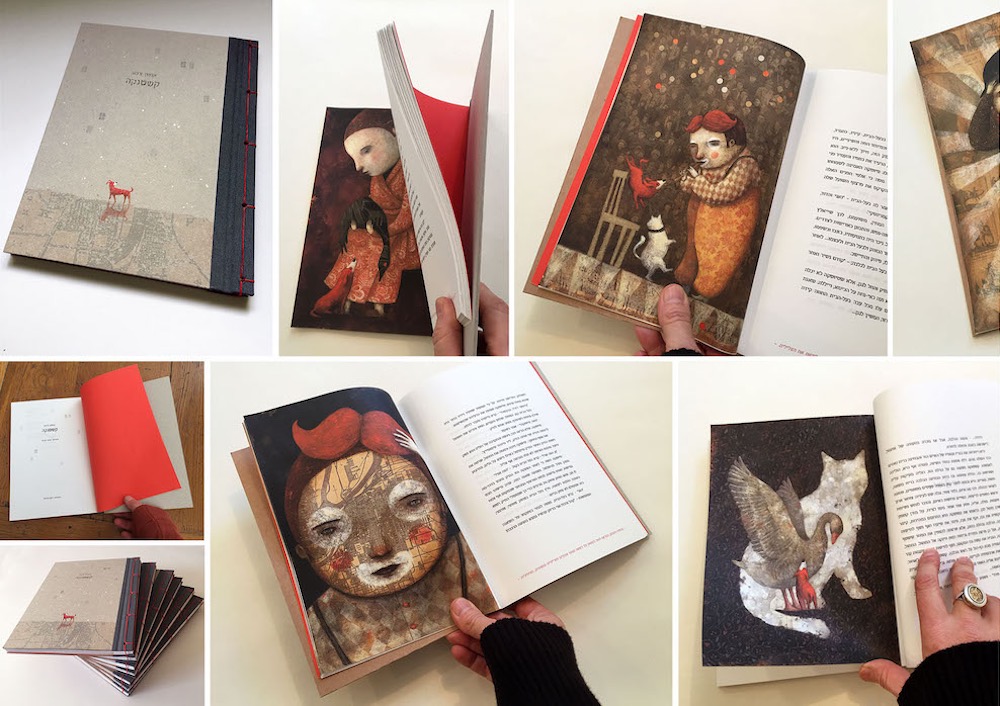 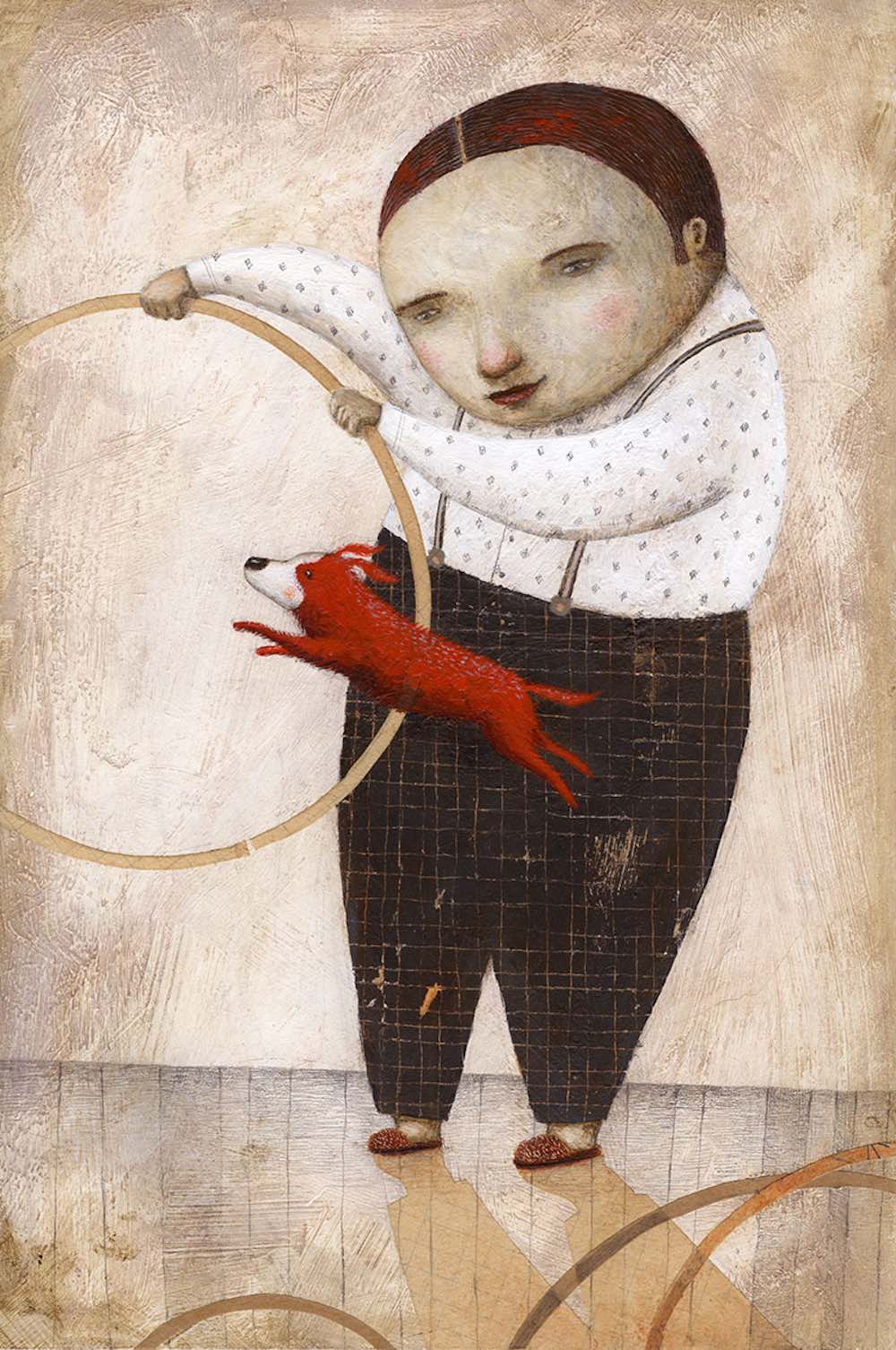 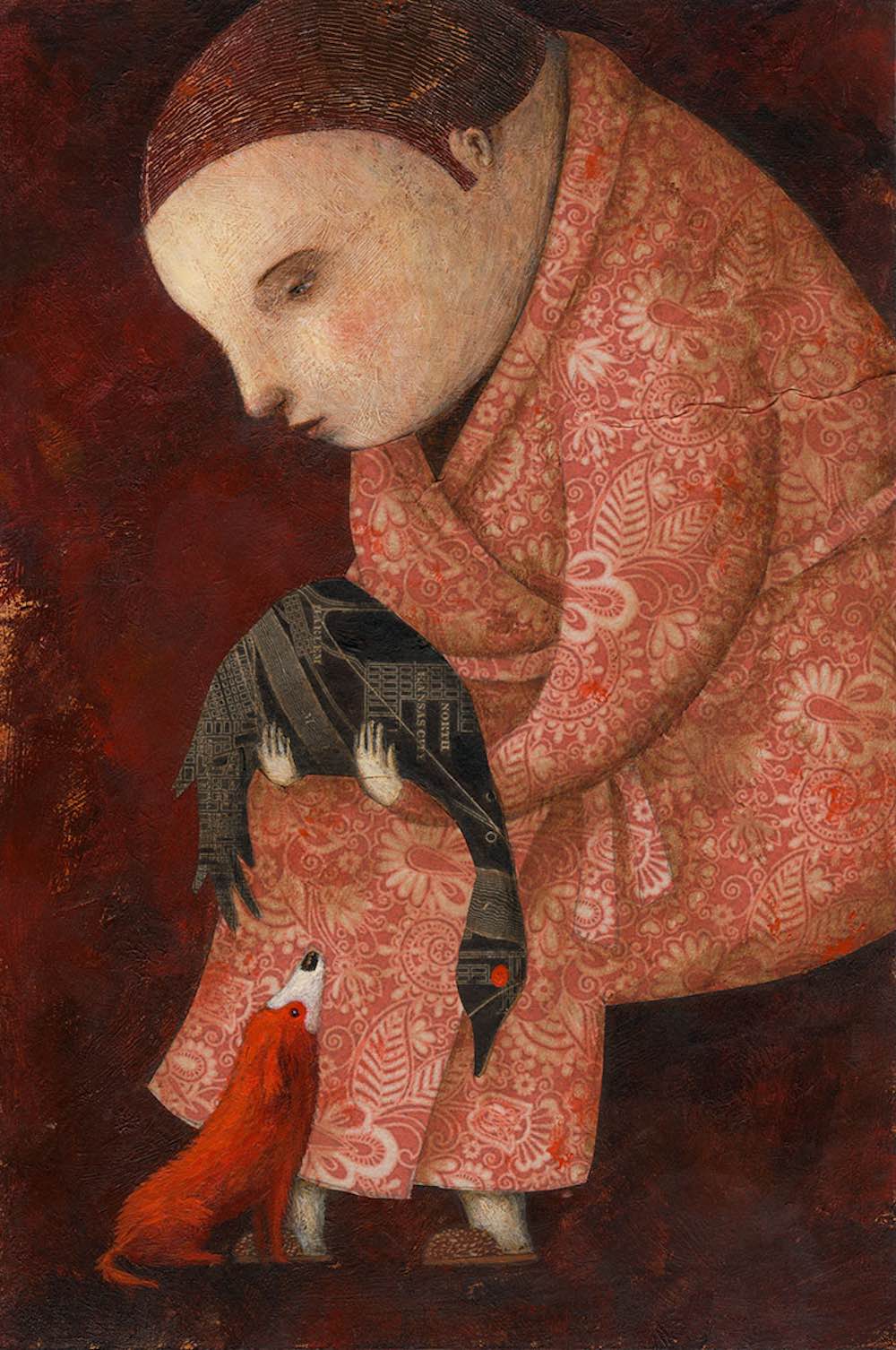 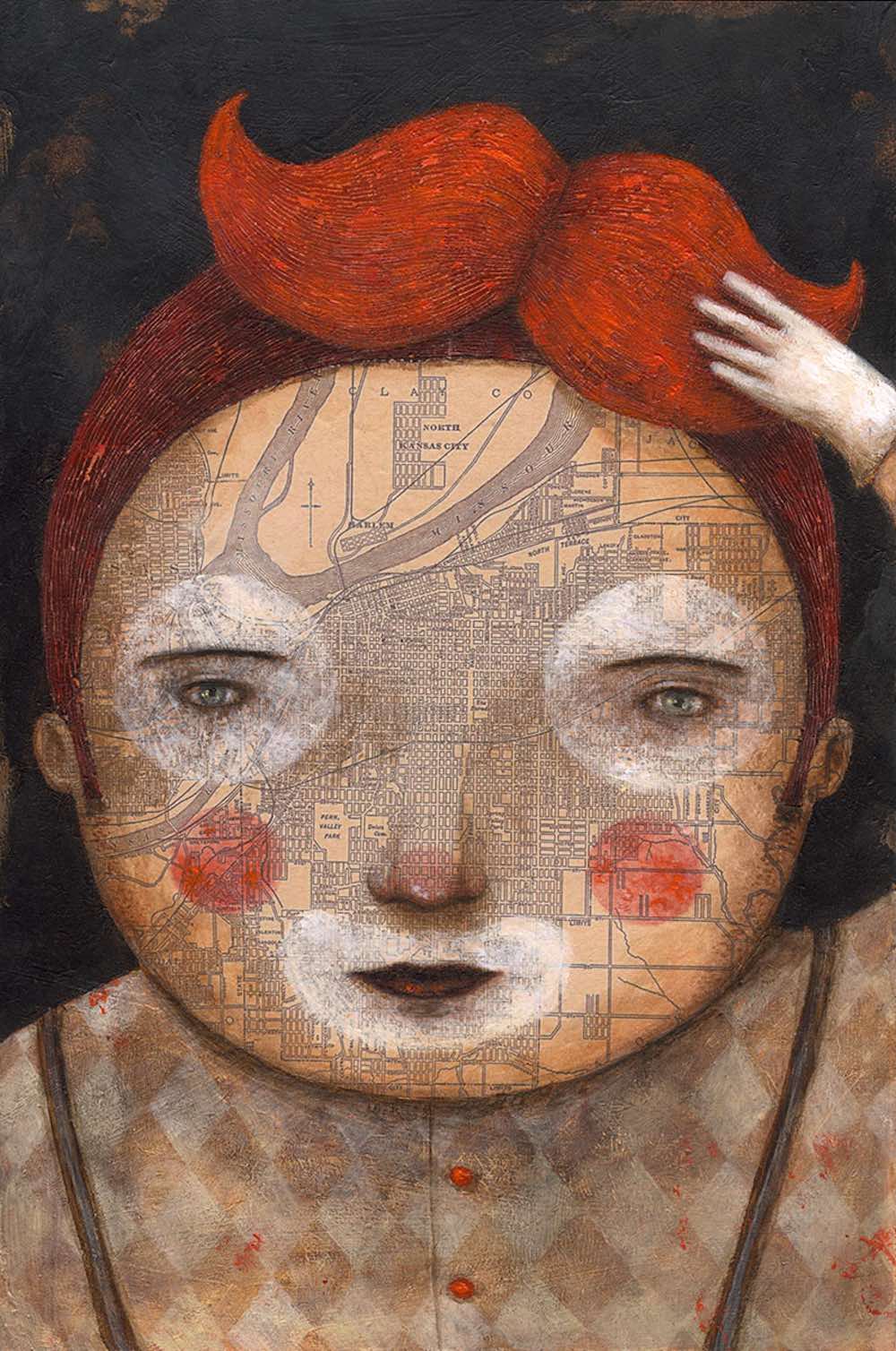 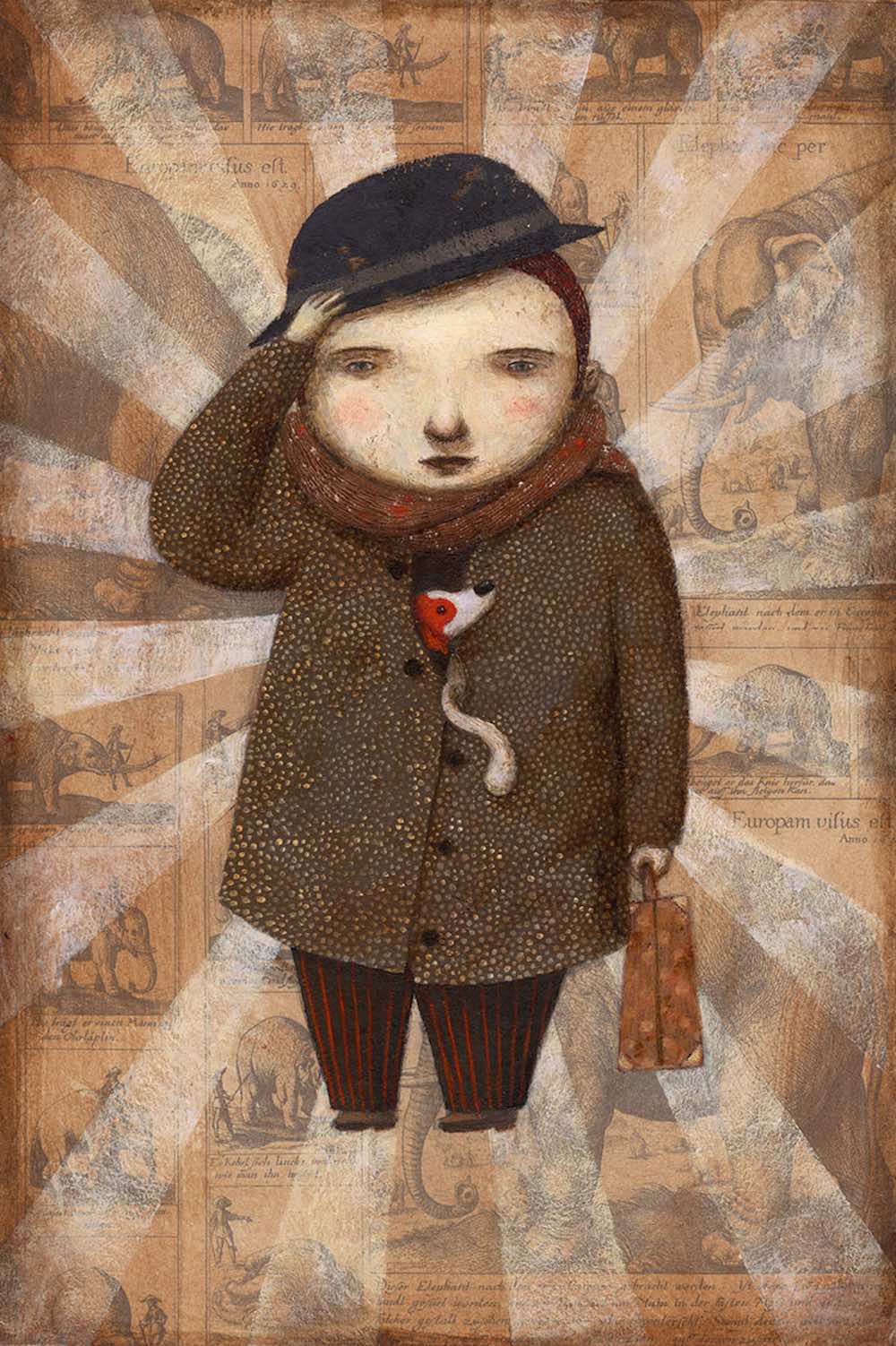 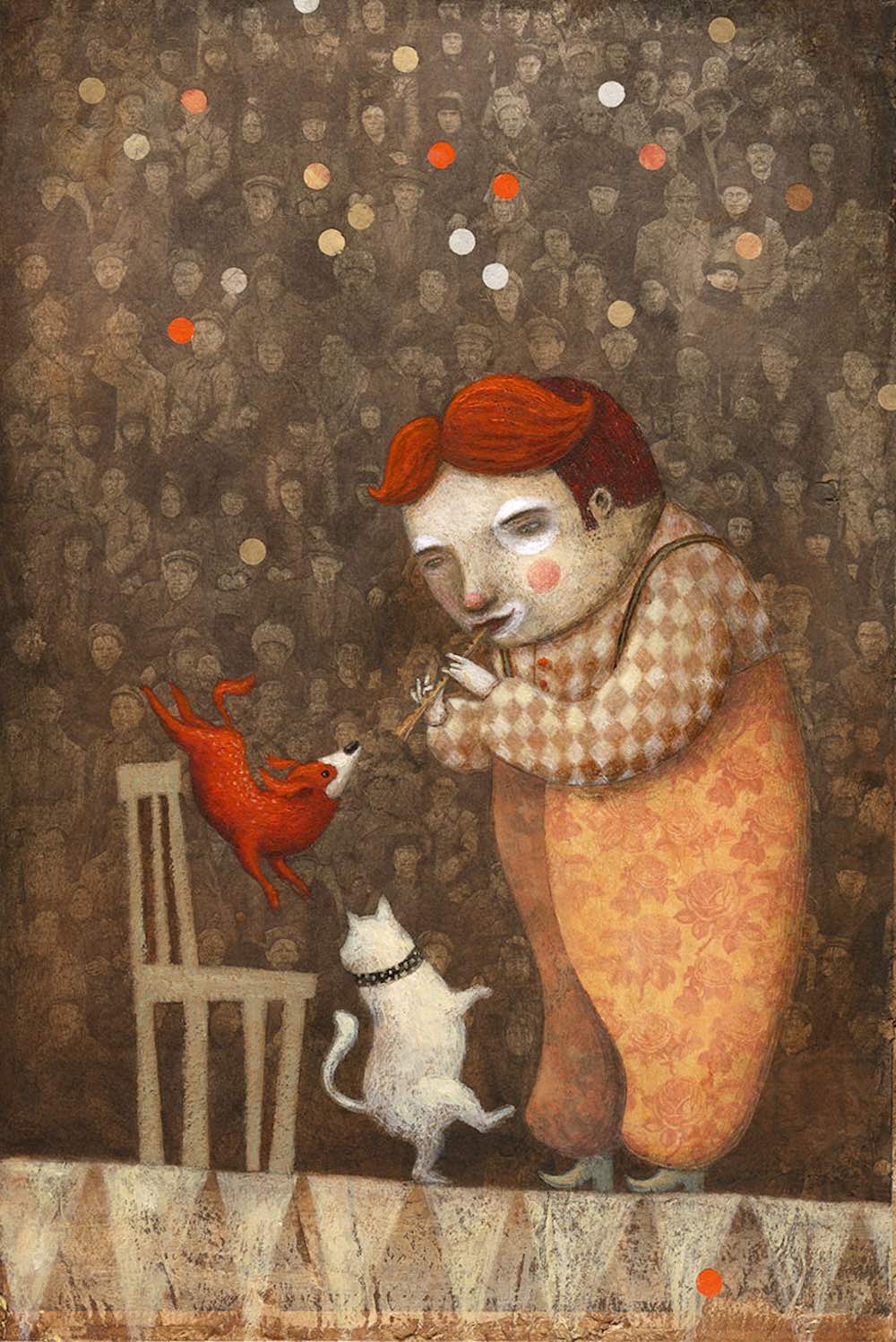 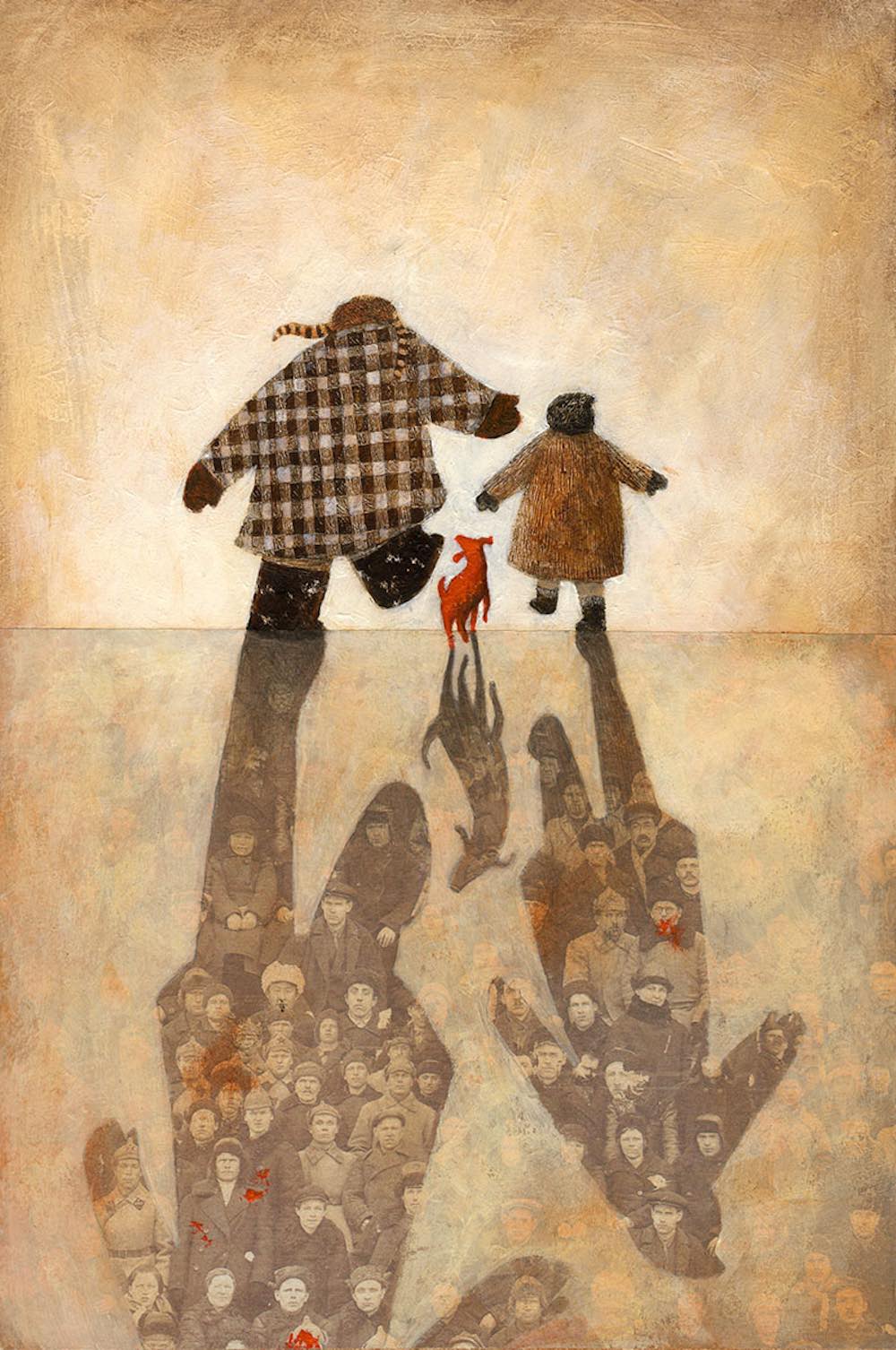