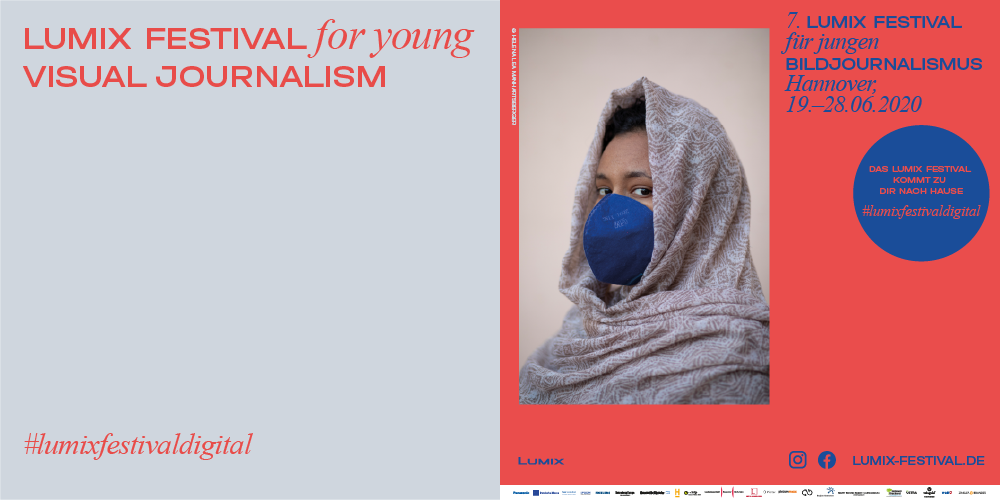 The Lumix Festival presents young, socially committed photojournalism of the 21st century, which actively deals with political, cultural, social, ecological, and technological processes. With the expressions of journalistic, transmedial narrative formats, the focus is on current perspectives of the documentary and understands them as media of active participation in global debates.

After the festival had to be cancelled in its originally planned form—due to the Corona pandemic—the program of the #lumixfestivaldigital is increasingly taking shape. Ten different topics will be presented on ten festival days from June 19th–28th, 2020 on platforms such as lumix-festival.de, Instagram and Facebook. In addition to 80 multimedia and photo projects, there will be live talks, portfolio reviews and a daily podcast.

The new corporate identity was designed and implemented by ItYt from Hanover. One focus of the design office is on projects and events in the fields of art, science and media.

For the word mark, ItYt chose a combination of the Halvar Medium and the Times New Roman Italic. The logotype of the Lumix Festival for Young Photojournalism can be used variably, as the word mark is supplemented—depending on the medium and language—by the date and/or the edition of the festival. The mixture of typefaces gives the word mark the striking character required for use in the different variants.

The focus within the communication media is on the interaction of typography, color and image. The images are positioned with a varying “white space” on red, blue or gray color areas. This independent and also variable triad runs through all media such as posters, websites, social media channels, admission tickets, vouchers, certificates and much more. 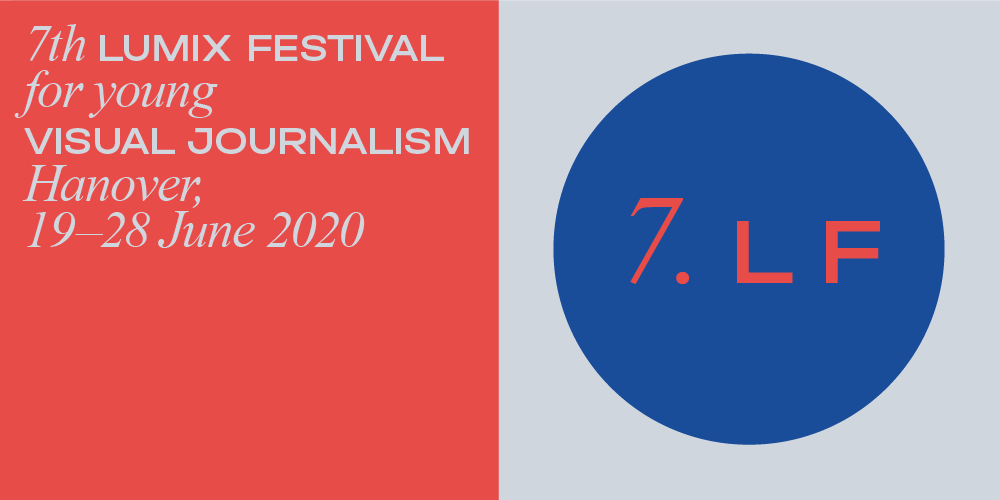 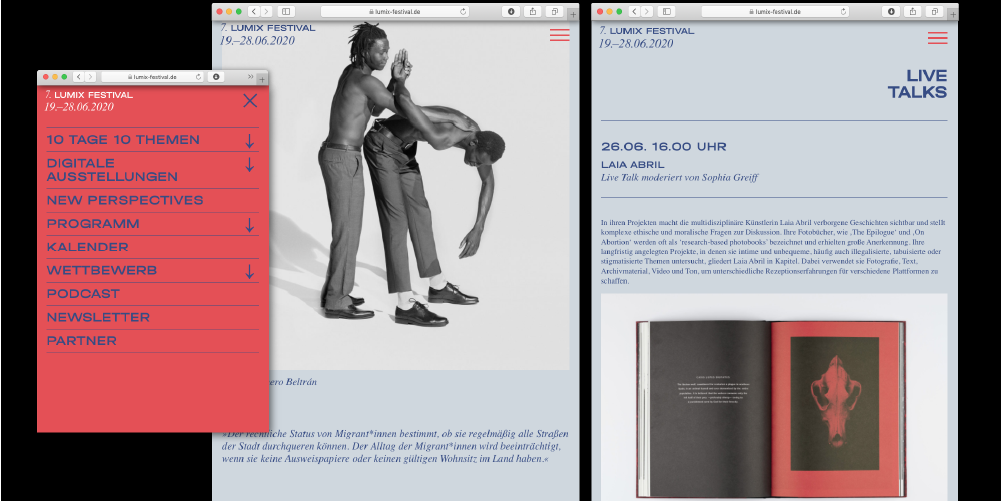 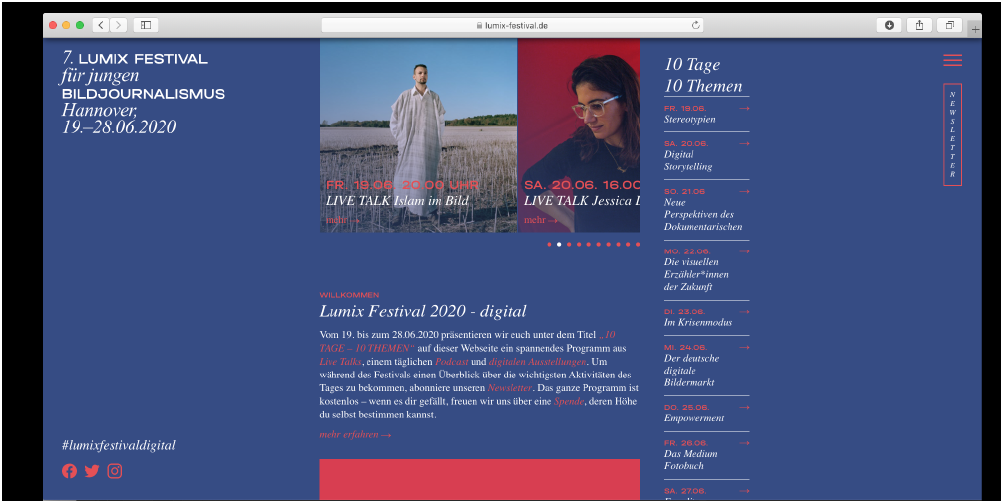 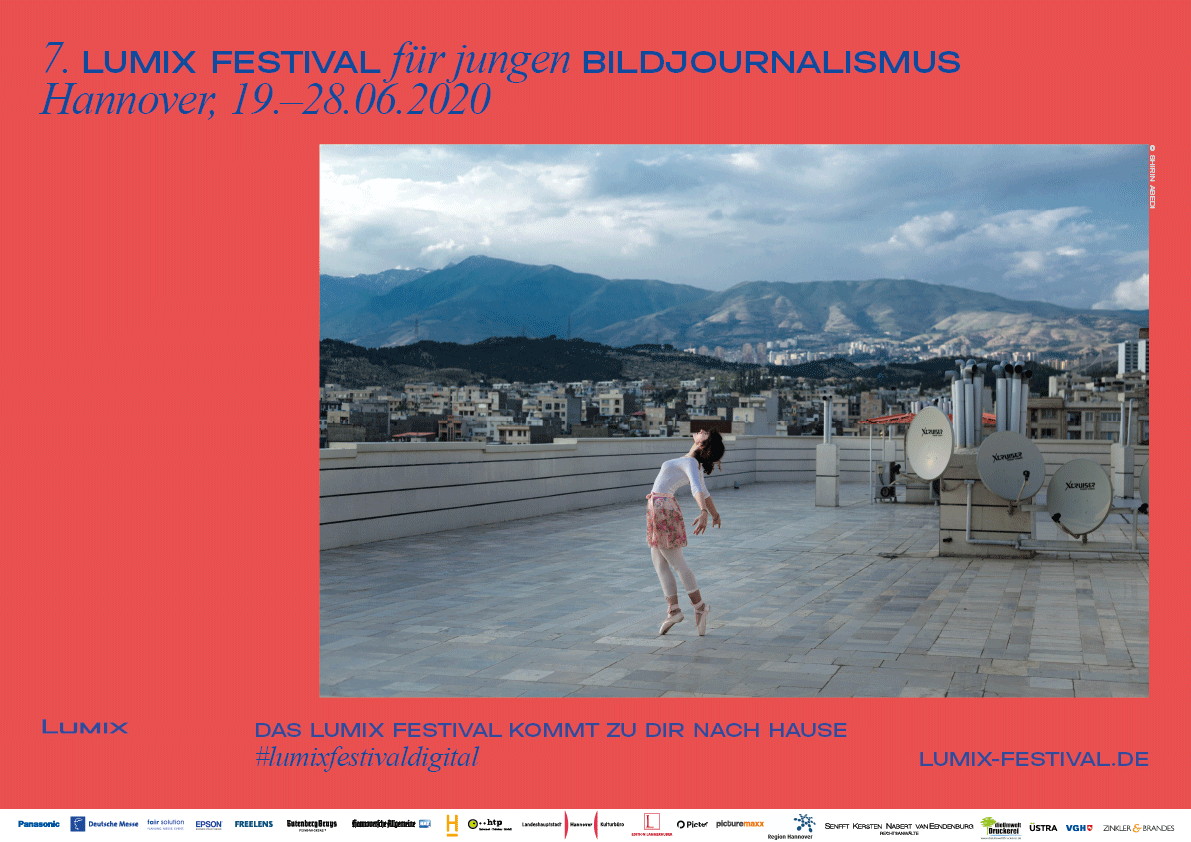 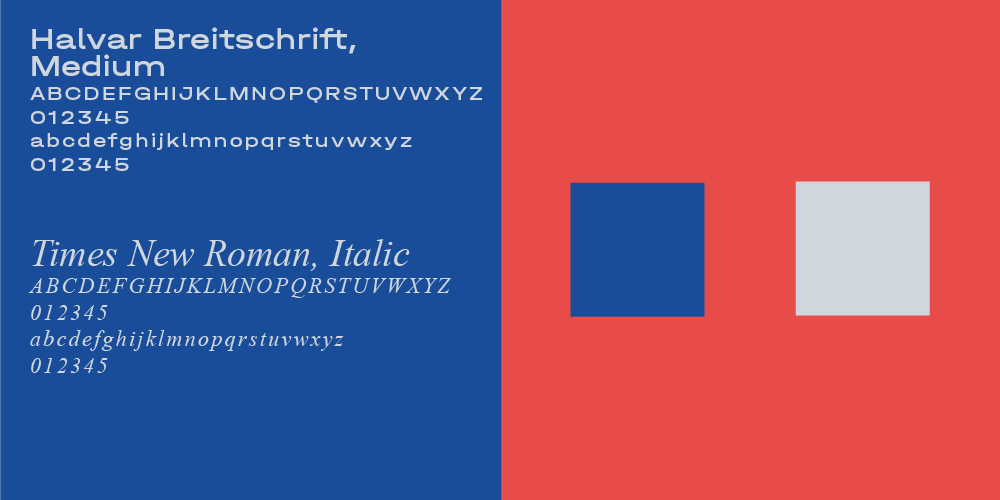