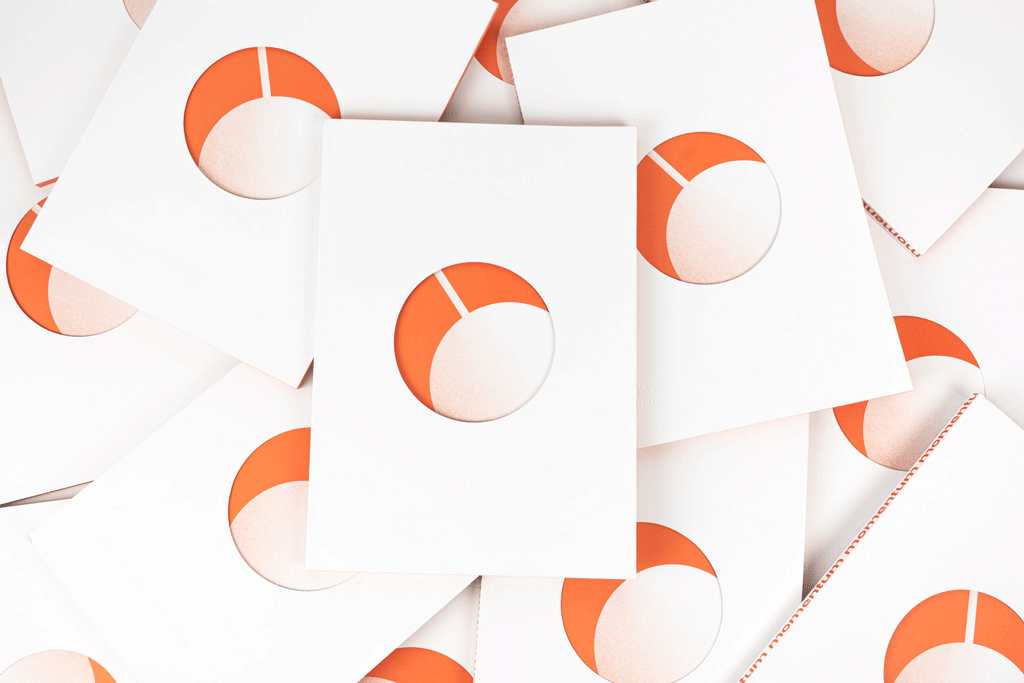 We would like to introduce you to Momentum – Die Zeitkapsel für Design in der Krise (Engl.: Momentum—the time capsule for design in the crisis) published by master’s students at the HTWG Konstanz:

What kind of working life awaits us “after Corona?” Many people are rather anxious about the future. 21 design master’s students at the HTWG Konstanz wanted to know more and interviewed renowned designers, researched, and created a print and an online magazine that can be downloaded for free.

But how are established colleagues doing in the professional world? The students spoke with designers in Germany and abroad, such as Qian Jiang, who works as an industrial design consultant in Stockholm, Dr Andrea Augsten, who works at the German Society for International Cooperation, the creative director Christian Haas, or Dirk Wachowiak, Cihan Tamti, Boris Kochan, and many more. Their professor in the master’s seminar “Design and Strategy,” is Jochen Rädeker, who is co-owner of a leading German design agency, was also among the 20 interview partners.

The result is a multi-voiced picture. And the answers, as Sophia Hummler reports, were more positive than anticipated. Many of the interviewees saw the Corona crisis as a sort of catalyst for digitalization that helped to further advance developments that had already begun. Many were also excited about the new possibilities that occur and the fact that digital collaboration is a given. Five theses provide insights and outlooks into the working world as designers. “Creative consultation is the design of the future” is one of them, which sums up where the trend seems to be heading at the moment. Because in a world where computers can create logos, edit images, and typeset texts faster than people, it is because of digital development that humanity matters: only people can be creative and empathetic. And only people enjoy the fun facts, the well-designed infographics and the humorous lists that lighten up the magazine. The students laughingly report that they were inspired by Bravo, a well-known German teen magazine; there are hots-and-nots, a camera-turned-off-list, a self-test “Which Corona type are you?” and a photo spread in black and white that illustrates the current state of the times with snapshots of empty seats and closed borders.

All interviews can be found as transcripts in the appendix of the online magazine. And for those who prefer analogue: the printing company Eberl&Koesel has sponsored a limited print edition. So the magazine can not only point to the future but also be a reminder of special moments in a time long after Corona. Just like any good snapshot would do. 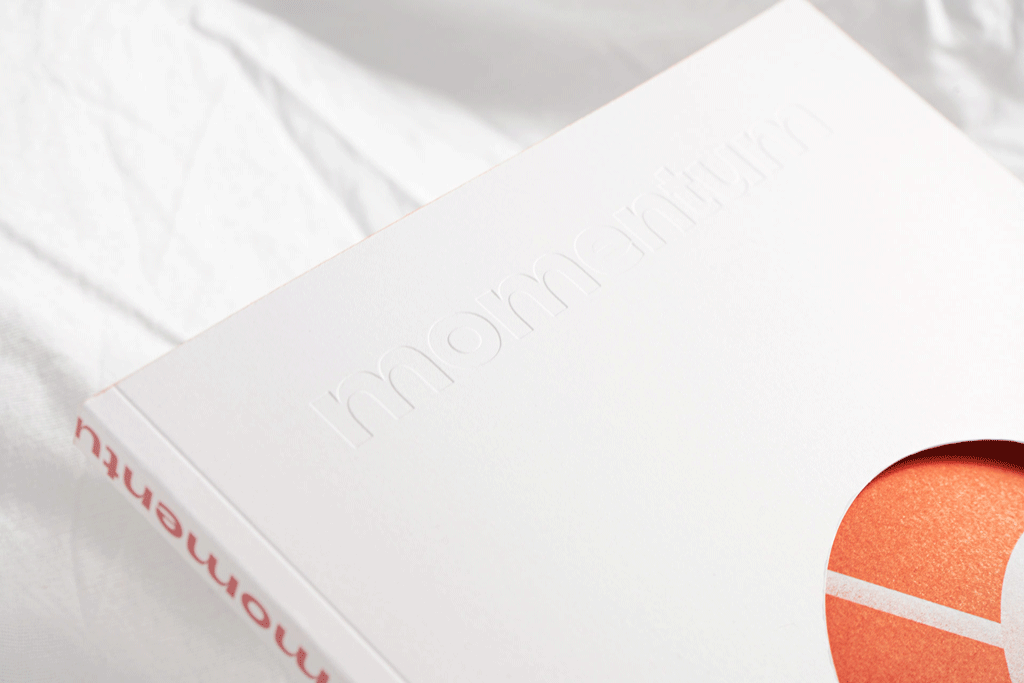 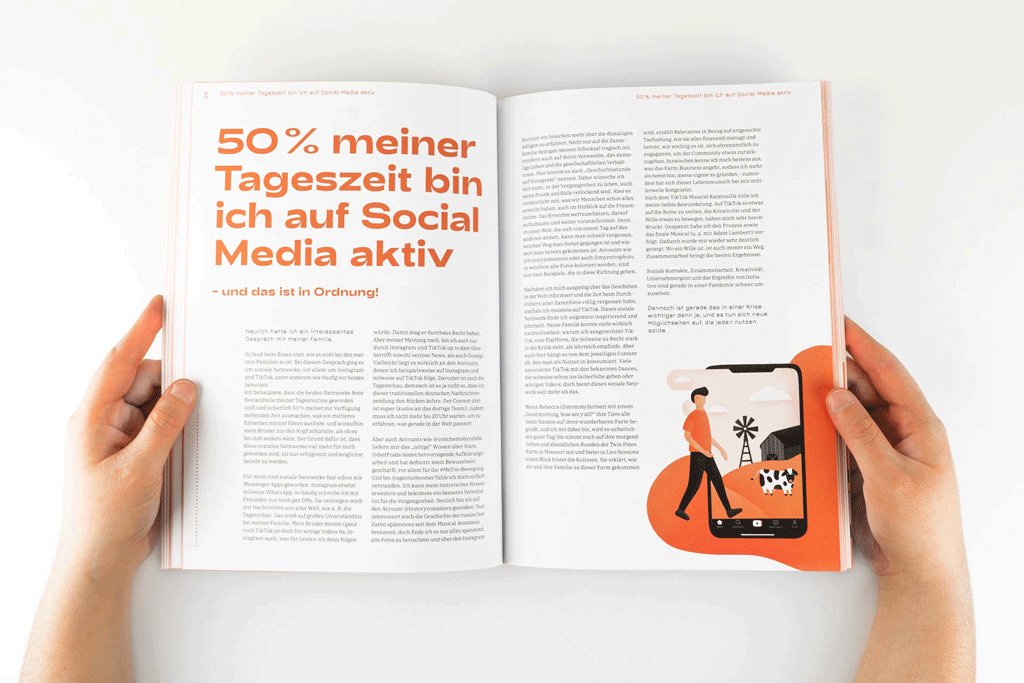 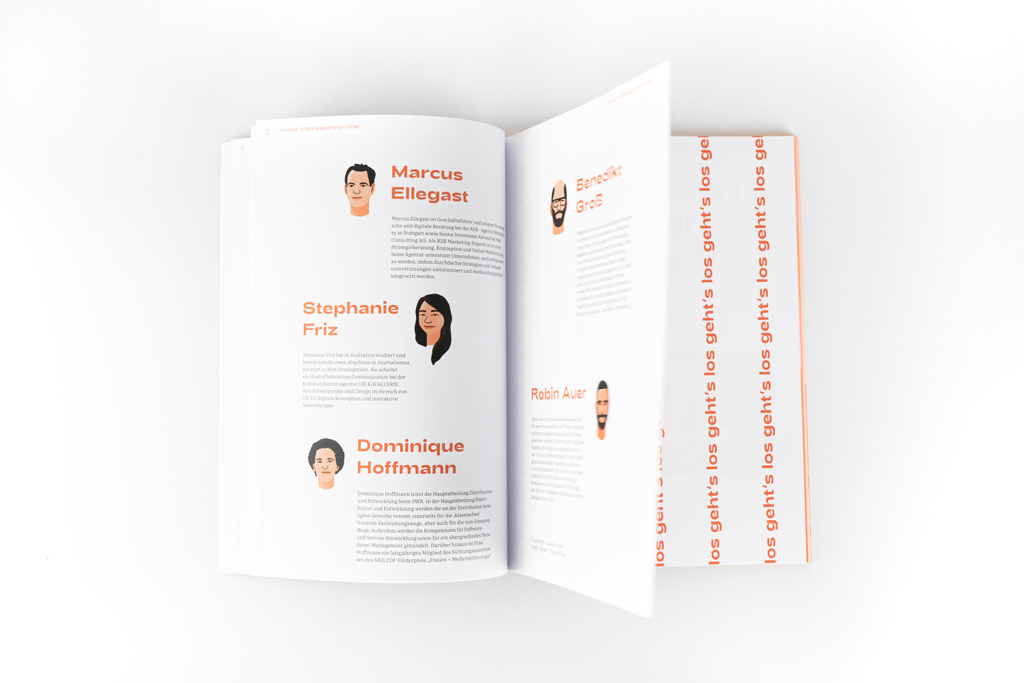 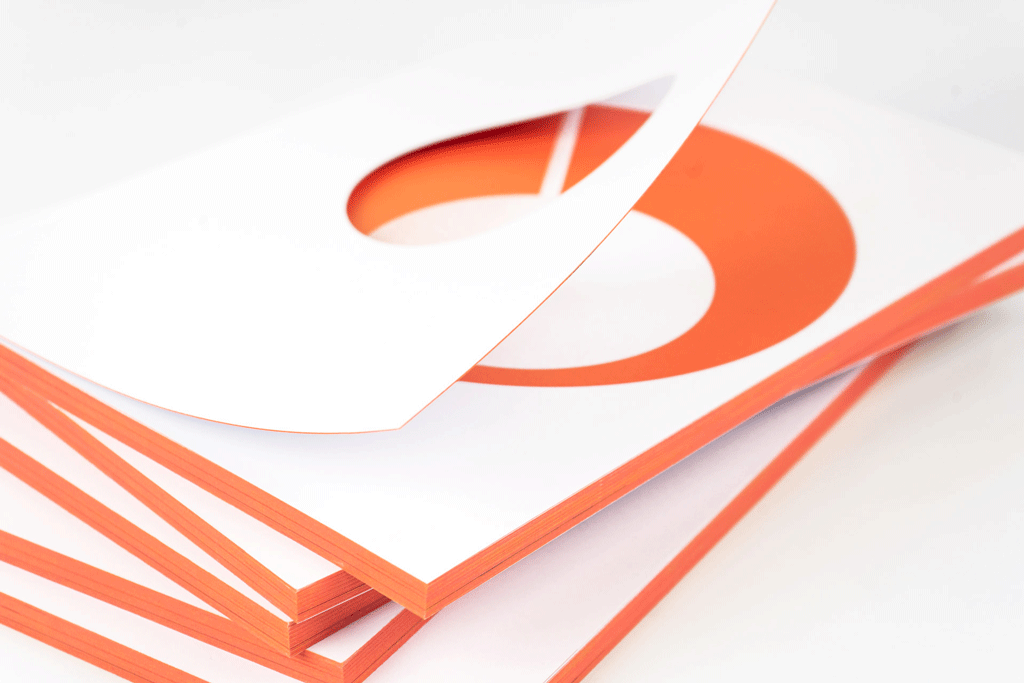