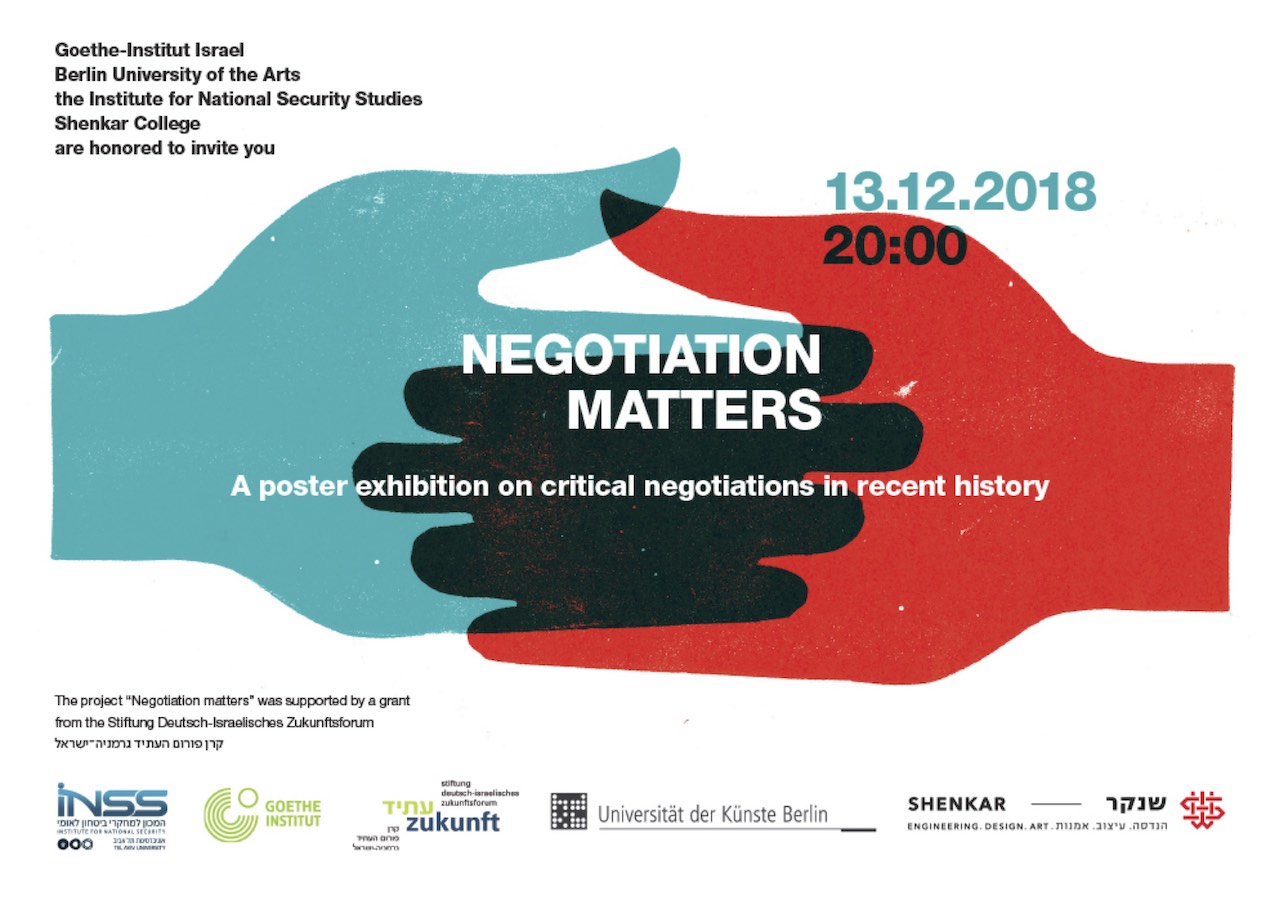 Students from the Berlin University of the Arts and the Shenkar College of Engineering, Design and Art in Ramat Gan, Israel, present the results of a six-month project in which they worked on the topic of difficult diplomatic and political negotiations. The exhibition “Negotiation Matters” shows a poster and an infographics on twelve socially and historically important negotiations of the recent past and present. The poster exhibition will be shown from December 13th to 31st at Shenkar College and then, according to the plan, also in Germany.

The project was initiated by Dr. Wolf Iro of the Goethe-Institut Tel Aviv and the content was supervised by two of the best-known German and Israeli illustrators: Henning Wagenbreth and Itzik Rennert, graphic designer and former member of the comic group Actus Tragicus. The six German and eight Israeli illustration and graphic design students had met in Berlin for a kick-off workshop and were able to talk to experts. The exhibition was conceived by Dekel Bobrov of Shenkar College.

A conference event with leading Israeli, Palestinian and German diplomats and researchers will accompany the event in Tel Aviv on December 12th.

The project was supported by a grant from the Stiftung Deutsch-Israelisches Zukunftsforum.