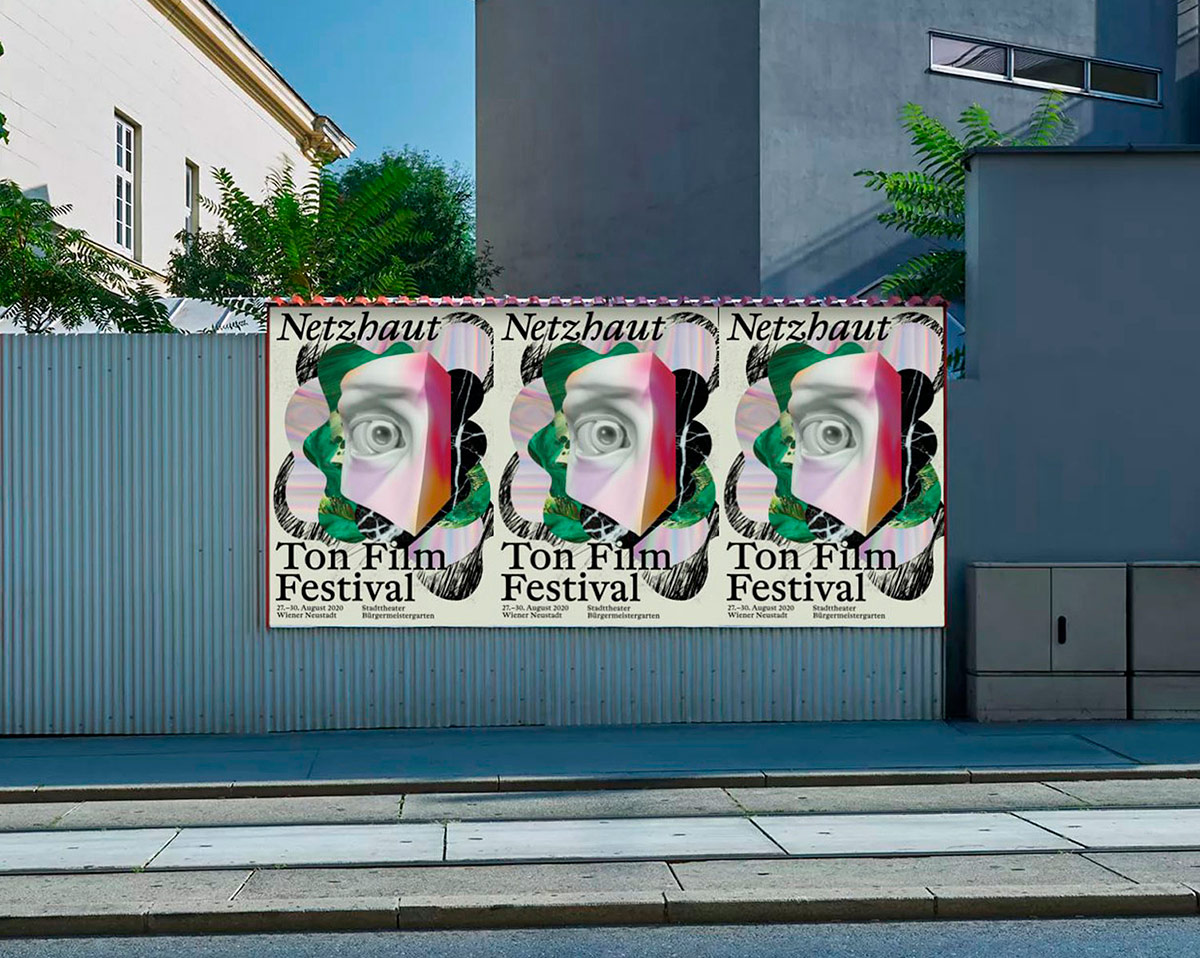 International films are shown in the three program series Fiction, Documentary and Newcomer Film. In the presence of the filmmakers, the selection is dedicated to this year’s focus on Truth and Reality.

The full service studio CIN CIN created the corporate identity for the new Netzhaut Ton Film Festival. After the designers got the commission by Katharina Stemberger and Fabian Eder, the artistic directors of the first Netzhaut Ton Film Festival, they immediately got excited because they could come up with an identity from scratch and the briefing granted them an enormous amount of creative freedom.

After the initial research phase and early sketches, the concept of the festival’s identity soon evolved around the interplay of layers and textures, resembling the retina of the human eye metaphorically, while at the same time an actual eye is looking at you, grabbing your attention whenever you encounter a poster or one of the other executions. Individual interpretation and double meaning was what the Vienna based design studio was aiming for, therefore the different materials convey no specific meaning but form a poetic coalition of free associations.

Considering the multifaceted range of demands within the campaign, the designers always kept in mind that their visualizations would have to work in print, web, as well as in motion: this included the poster, printed banners and postcards, the website, and the festival trailer, for which the musical duo DIE STROTTERN, which is responsible for the festival’s music program, composed the original score. CIN CIN also implemented an interactive feature on the festival’s website, where you can move the elements with the cursor, and designed the 3D-printed statuette which will be awarded to the best newcomer films. 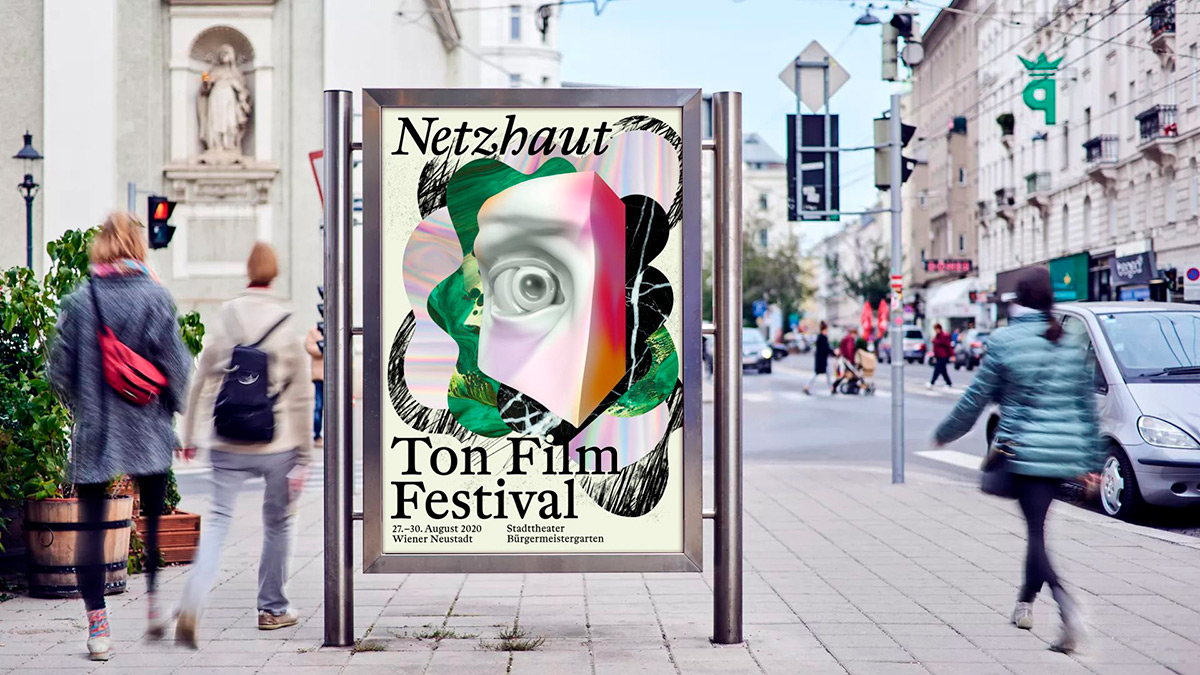 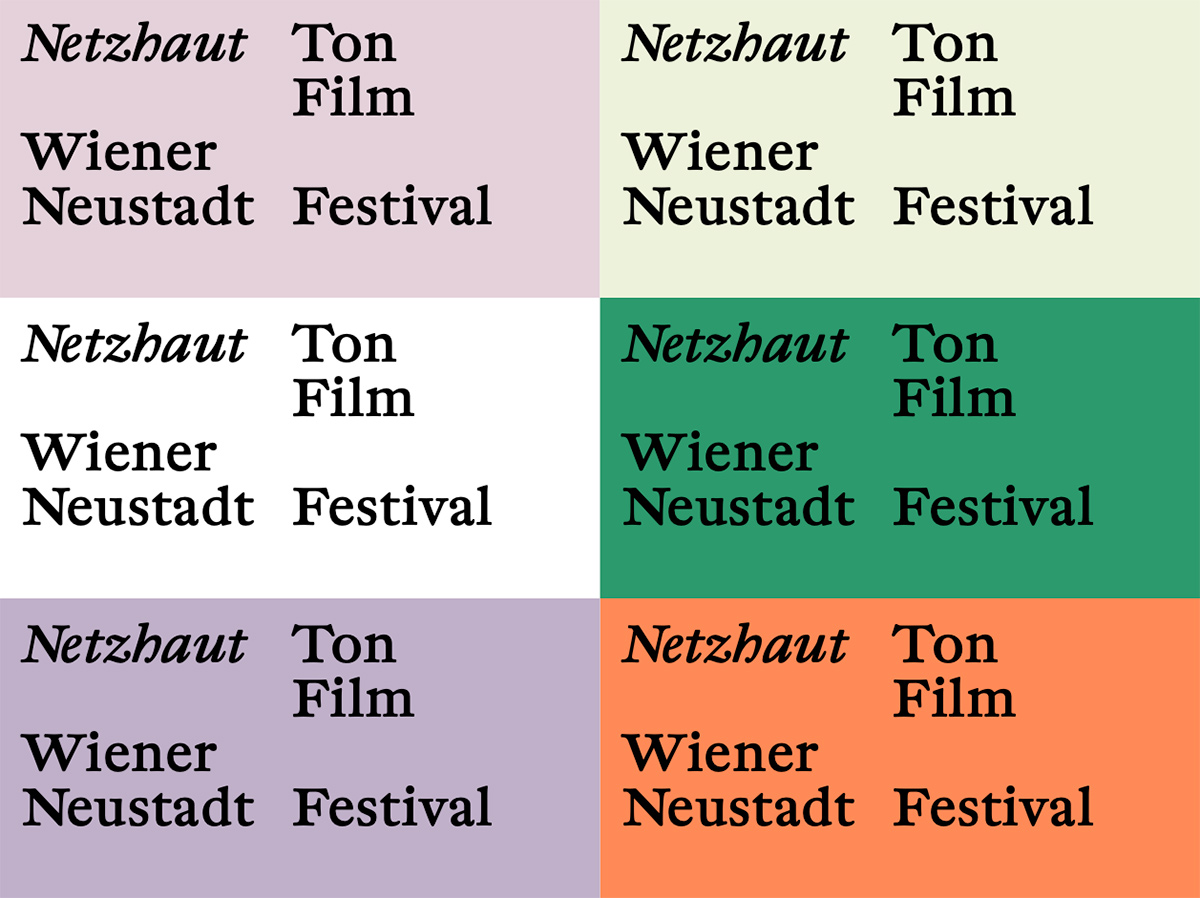 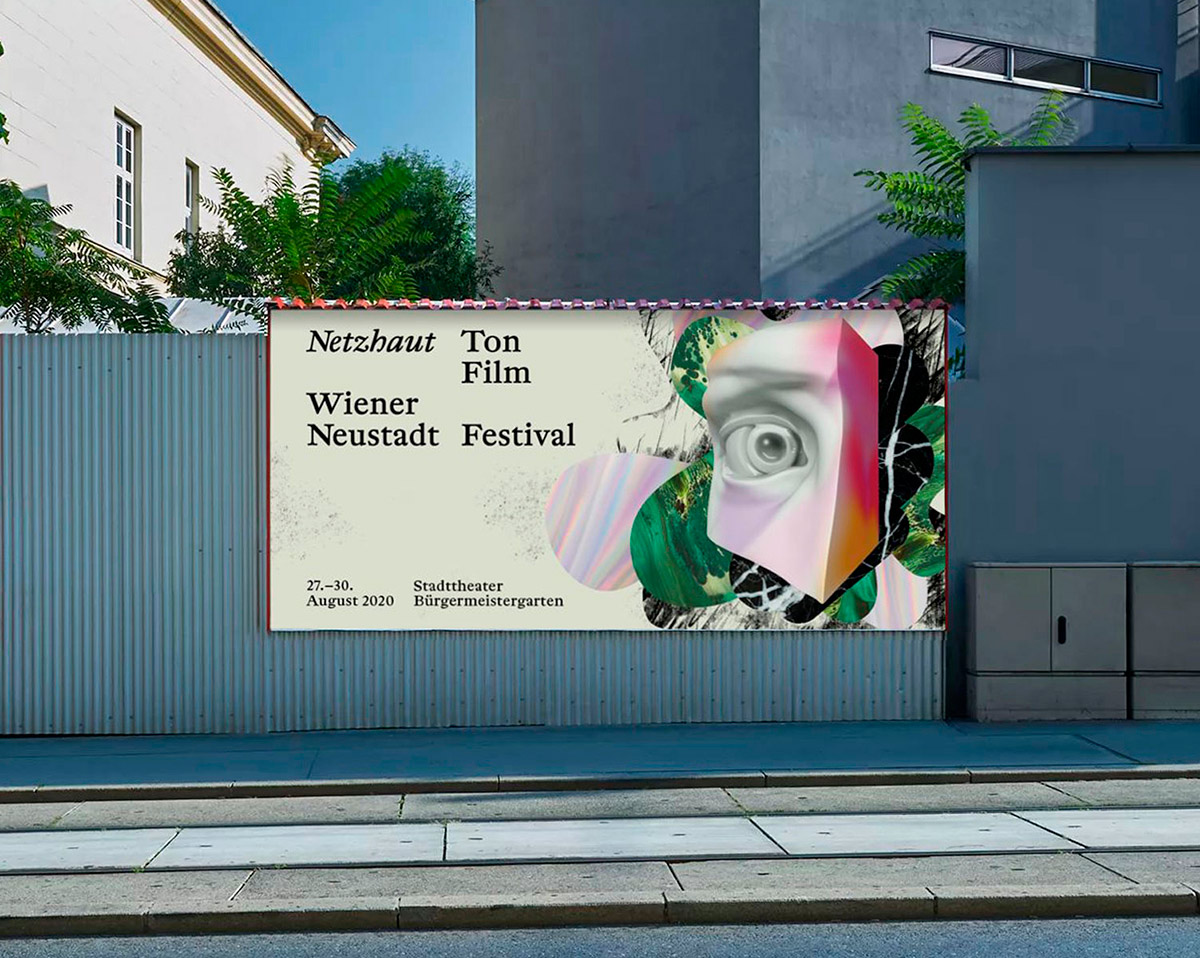 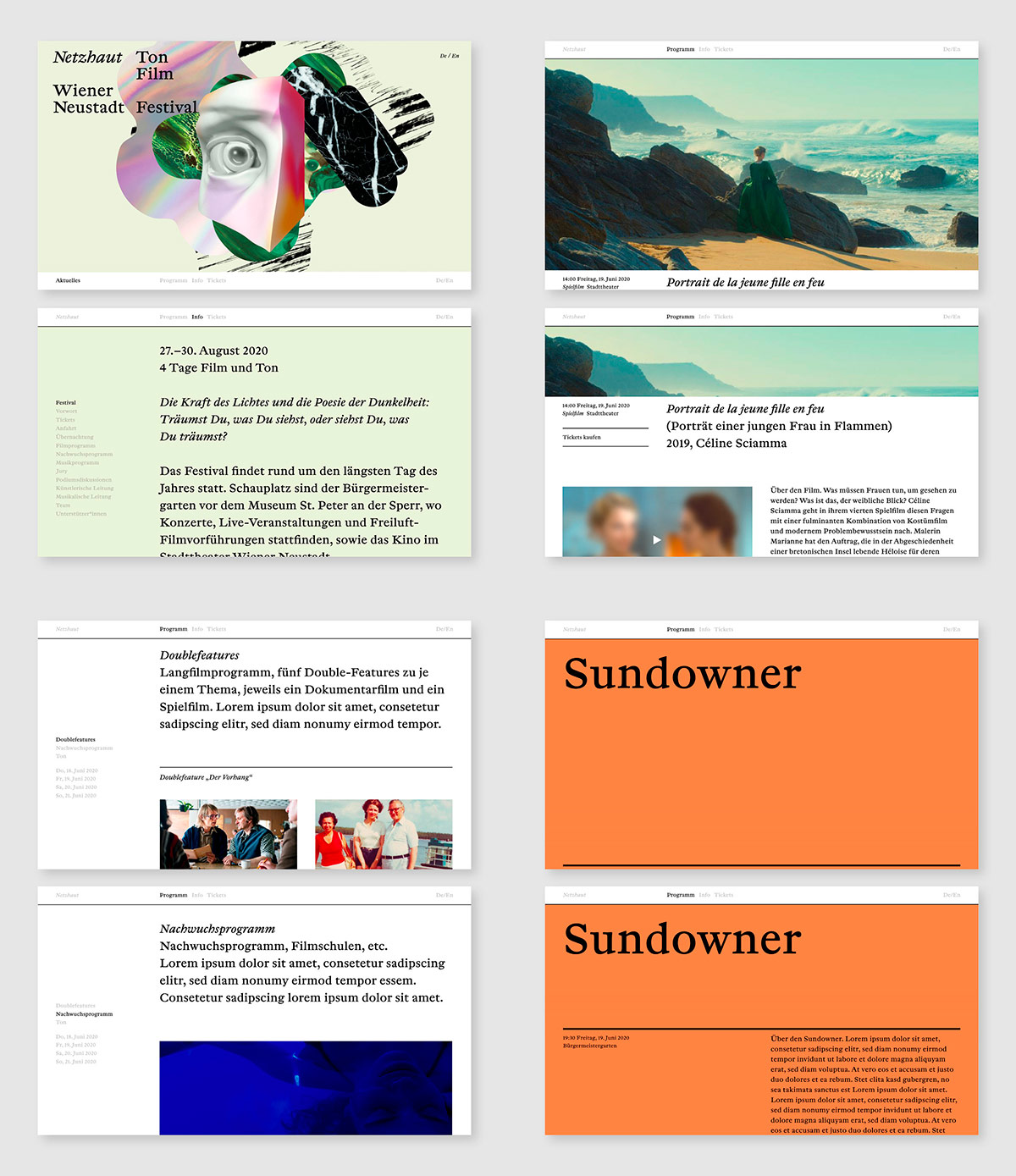 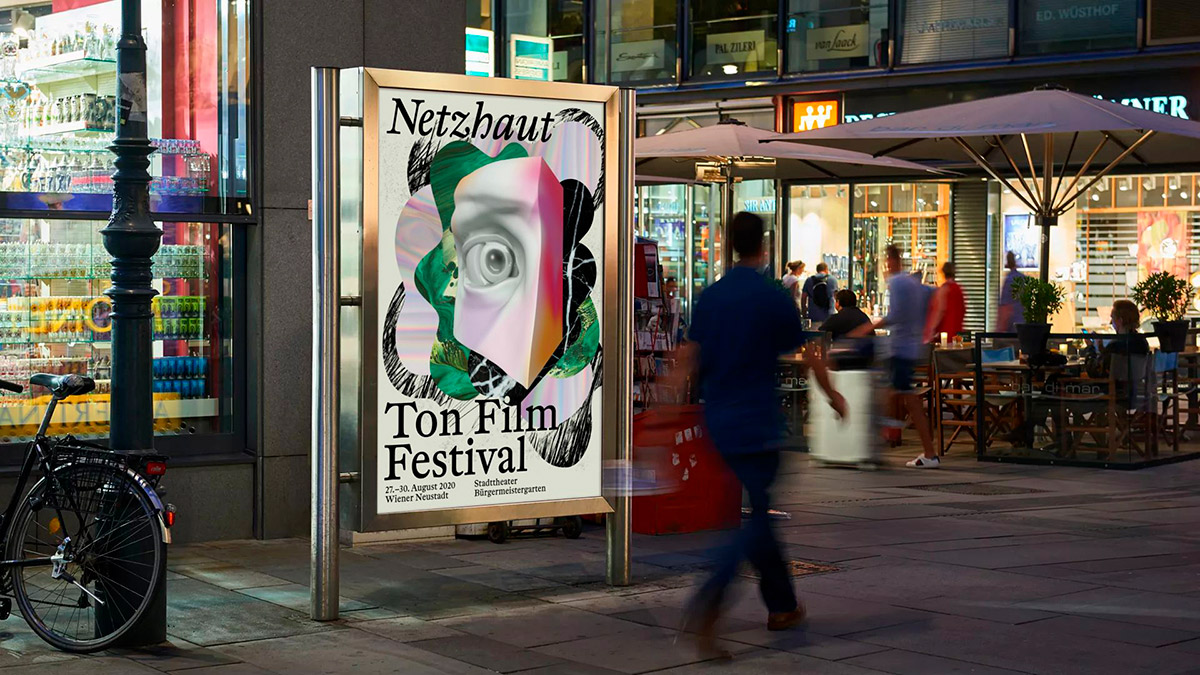 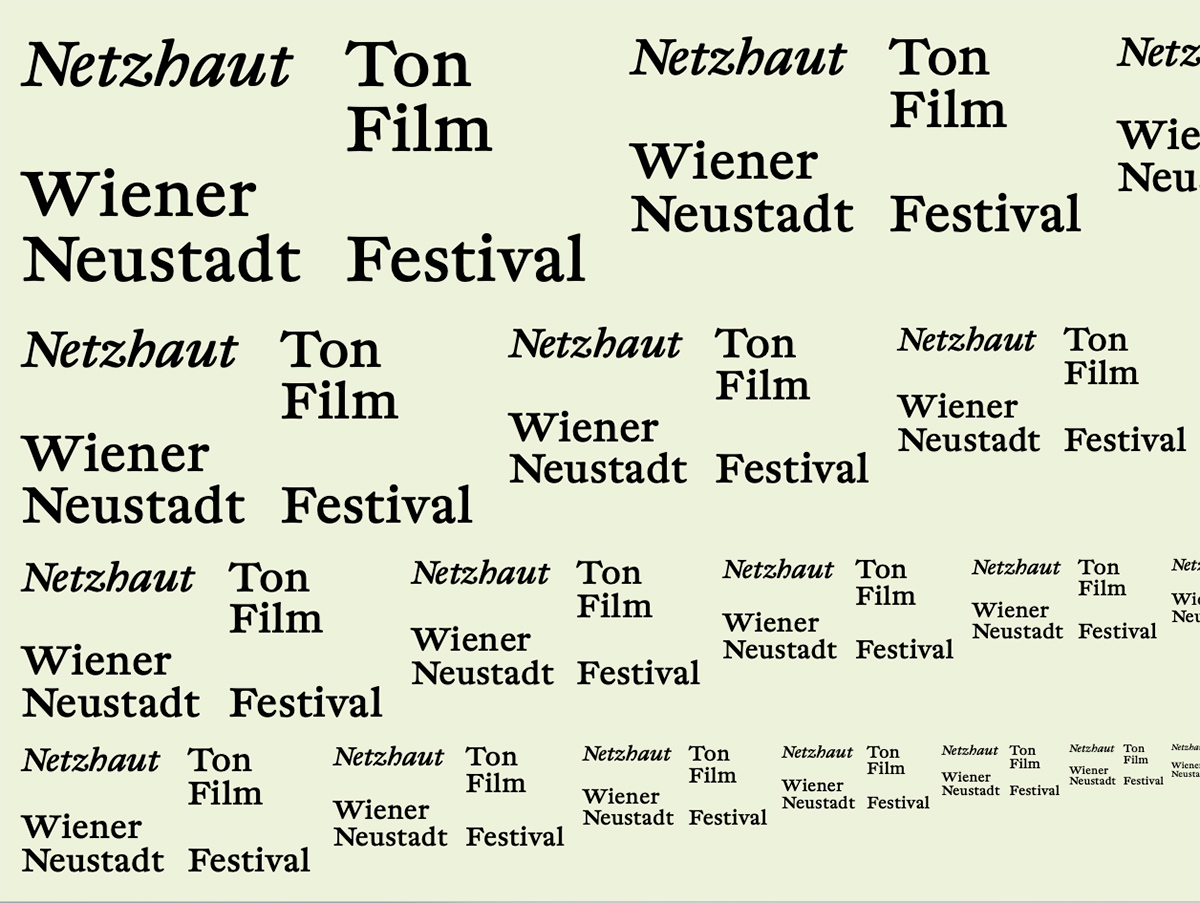