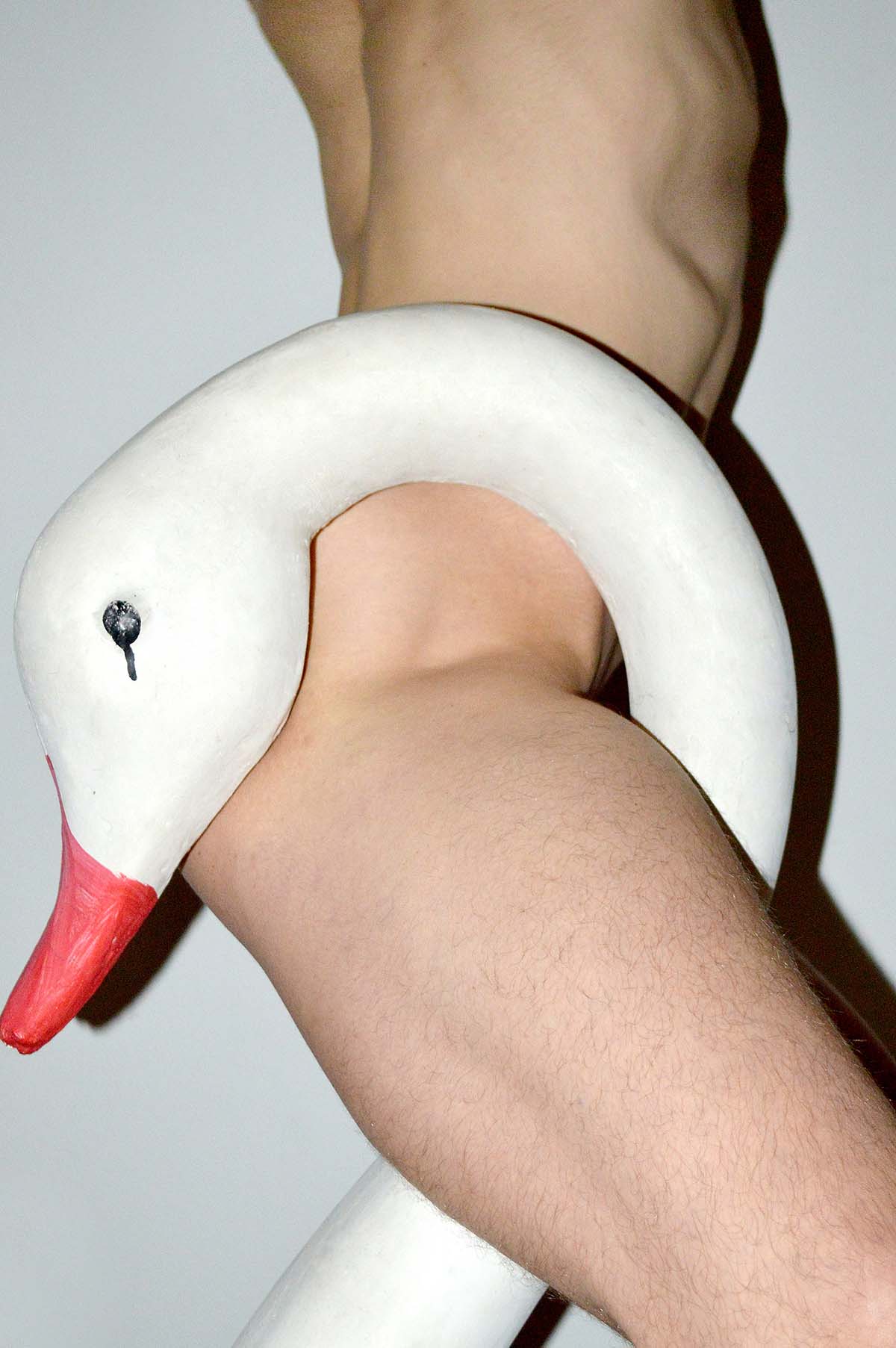 Art, more than anything, opens up the possibility of approaching one’s own sexuality beyond the limits imposed by taboos. Not only does it allow for a risk-free, playful exploration of gender and forbidden desires, but it is unique in capturing its contradictions. Benjamin Wolbergs works as an editor and art director in Berlin and asked himself what a book on contemporary, gay and queer photography would look like. Which photographers, themes and styles would be included in such a book today? He now wants to answer these questions with the publication New Queer Photography, which will be published by Kettler in spring 2020.

We have already asked Benjamin a few questions in advance:

What do you love most about photography? What makes a good photo story?

When it has the power to stand out from this omnipresent flood of images that we are all most of the time surrounded by … which does not mean that it has to compete necessarily through “loudness,” exaggeration, or provovation.

You’re currently focusing on “New Queer Photography”—so is the title of your upcoming publication which is currently being crowdfunded at Kickstarter. How did that happen?

Around three years ago, I was working for Taschen on the layout of a book about physique photography with photos from the 1950s, whose aesthetics and visual worlds were clearly intended to appeal to a gay audience. In the course of this work, I asked myself: what would a book with contemporary gay and queer photography look like? What photographers, topics, and styles would be included in such a book today?

Around that time, I became aware of the works of Matt Lambert and Florian Hetz, and I started to look for other gay and queer photographers. As my research intensified, a universe of incredibly talented LGBTQ photographers emerged in front of me, characterized by a wide variety of different styles and visual worlds beyond clichés and preconceptions. This is how the idea of New Queer Photography was born.

Of course, it’s very difficult to fund such a project. There was not one institution or foundation that supported the project, which is in a way quite distressing. That’s why we, the publisher and I, launched a crowdfunding campaign at Kickstarter. It’s up until December 22nd, 2019, and people can preorder the book for a reduced price.

A sensitive topic—how do you make sure it gets the depth it needs?

I am not sure, if it is a sensitive topic, and I do not want to see it this way which will only put it again in a certain “corner.” I think it is a topic that has to be “told” from many different perspectives and through many different media, and for me as a book designer I wanted to tell it through an art book.

The themes and images in this book were “screaming” to be seen and recognized by a wider audiance so I wanted to bring them literally from the margins into the focus. That’s why I am very happy that I’ve found with Verlag Kettler a publishing house that is not an explicit queer publishing house but has a great reputation in the field of art and photography books.

The most important part was of course to chose the themes and photographers for the book very carefully which ended up in a very intense research that took almost two years.

But also the texts for such a publication are very important and I found with Ben Miller (a writer and researcher from Berlin who is a member of the board of the Schwules Museum, the world’s largest institution devoted to archiving and presenting LGBTIQ histories and visual cultures) a great contributor.

I guess all of these components together—the editing, the writing, the layout and in the end the well chosen publishing house—will give the content of this publication the depth that it deserves.

Who are the photographers featured in the book?

These are some already well-established photographers but also plenty of unknown and less well-known talents. Each of them with a very unique style and visual world. In total, the publication will feature more than 40 contemporary photographic positions which gives the book a certain importance.

Pre-order the book now at www.nqp-book.com!