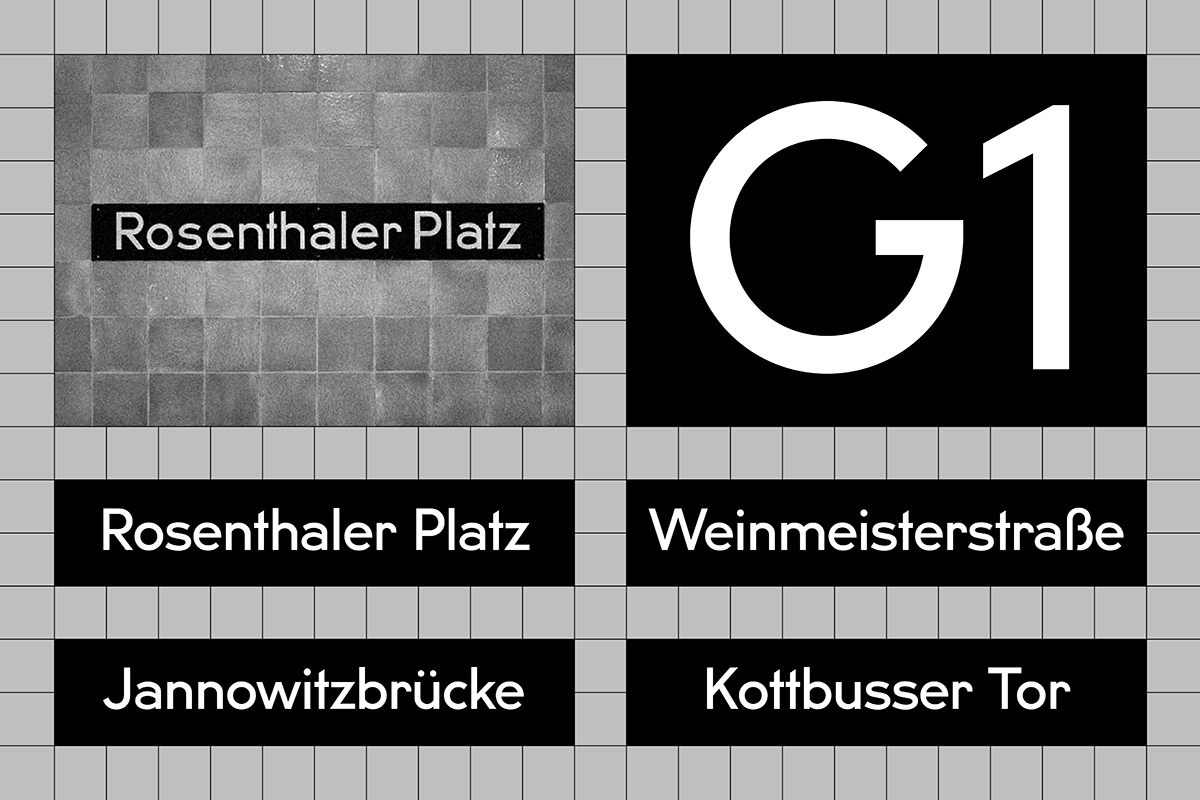 We would like to present you the new Ucity Pro by Fatype, a digital type foundry established in 2012 by Yassin Baggar and Anton Koovit.

With U8 and UCity, Anton Koovit explores modernity and geometric typeface design through the prism of different epochs. Where U8 exemplifies the positivity of roaring 1920s Berlin, its new sibling UCity is inspired by the desire to design a typeface for today’s cities and the challenges they face. The warmth and innocence of early modernist geometry are replaced by a colder, futuristic character with modern proportions, selected breaks in curves, and an undogmatic approach of geometry.

Looking to revisit his U8 typeface in a contemporary counterpart, Anton Koovit, son of a car racer, stumbled upon old photographs of the Lancia Stratos Zero. This extremely futuristic concept car, presented at the 1970 Turin Motor Show, was conceived by Marcello Gandini, head designer at Gruppo Bertone. The same year, Herb Lubalin, and Tom Carnase released their ITC Avant Garde. The tightly spaced geometric sans, based on the logo of the eponymous magazine that Lubalin art-directed, was an instant favorite among graphic designers. It is no coincidence that UCity is partly inspired by design from the early 1970s, a period with striking parallels with today’s problems.

Ucity Pro’s efficiency goes beyond formal qualities in its technical implementation: the entire family with Cyrillic support and OpenType features is available as a single variable font file, combining minimal data storage with maximum control of weight and italic angle. The challenges of today’s society leave little room for waste of energy. 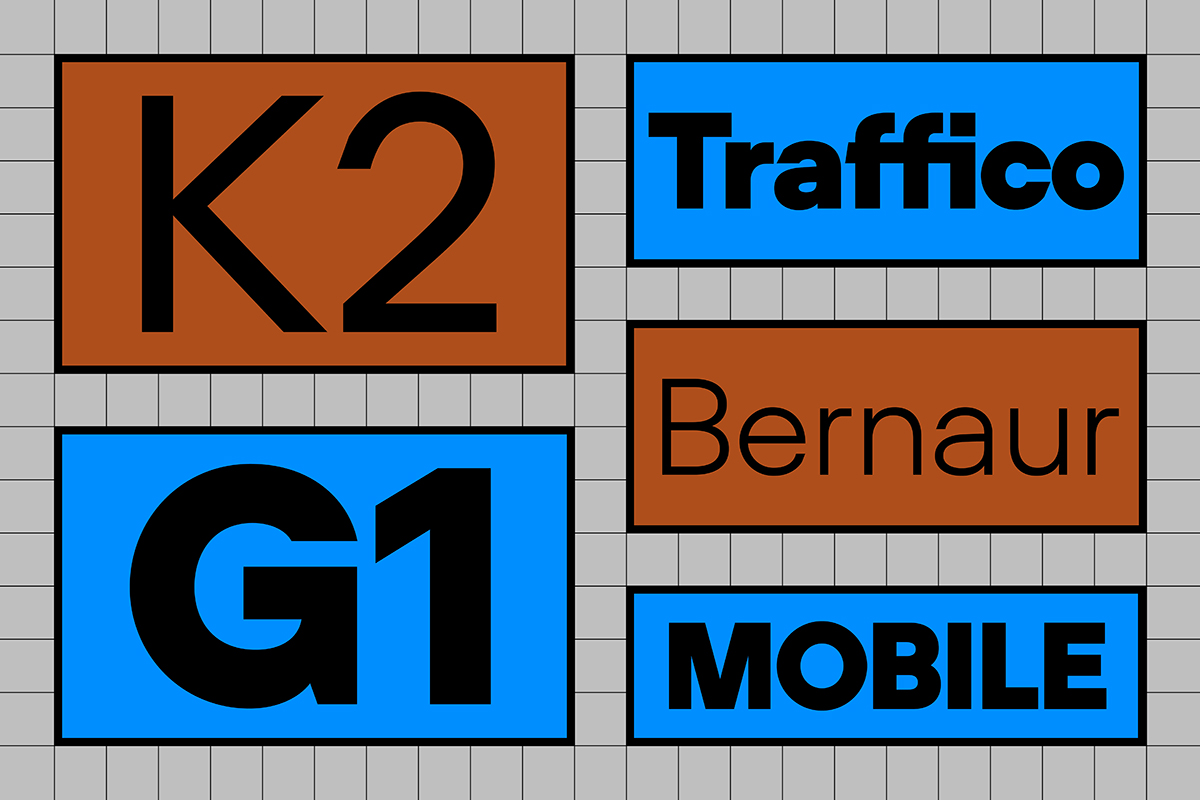 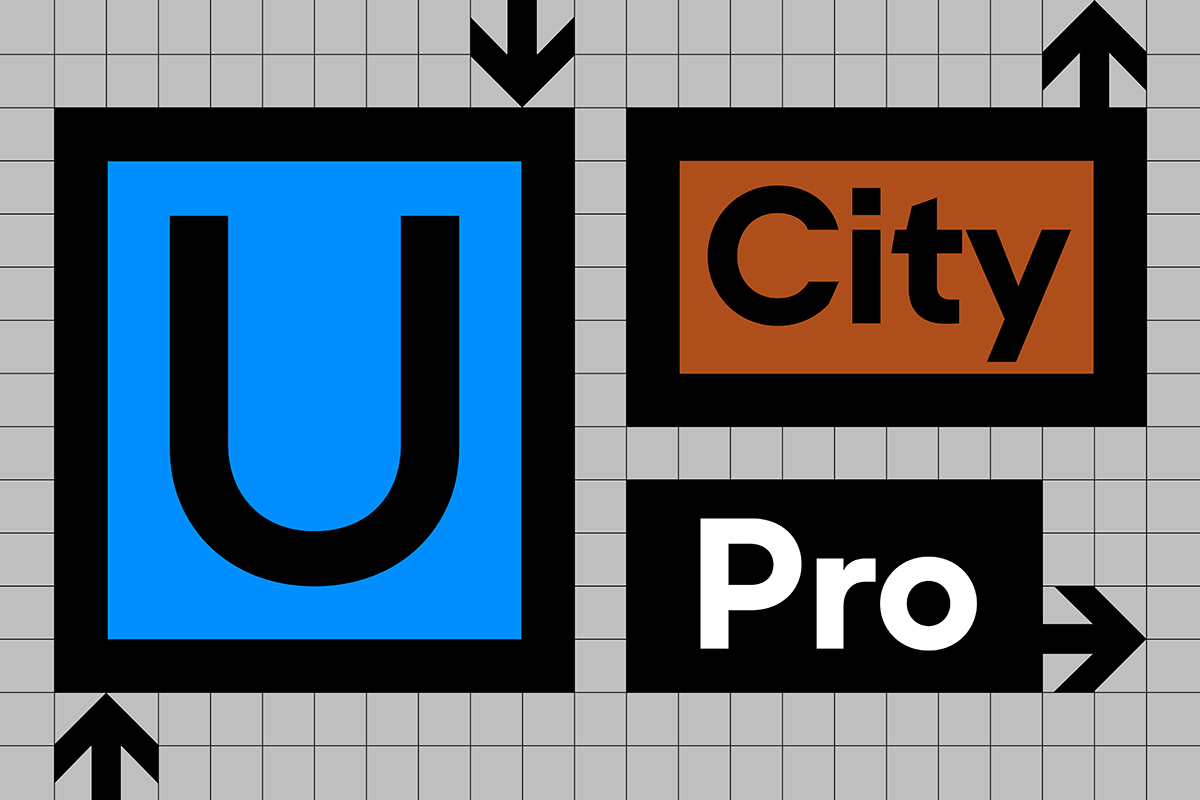 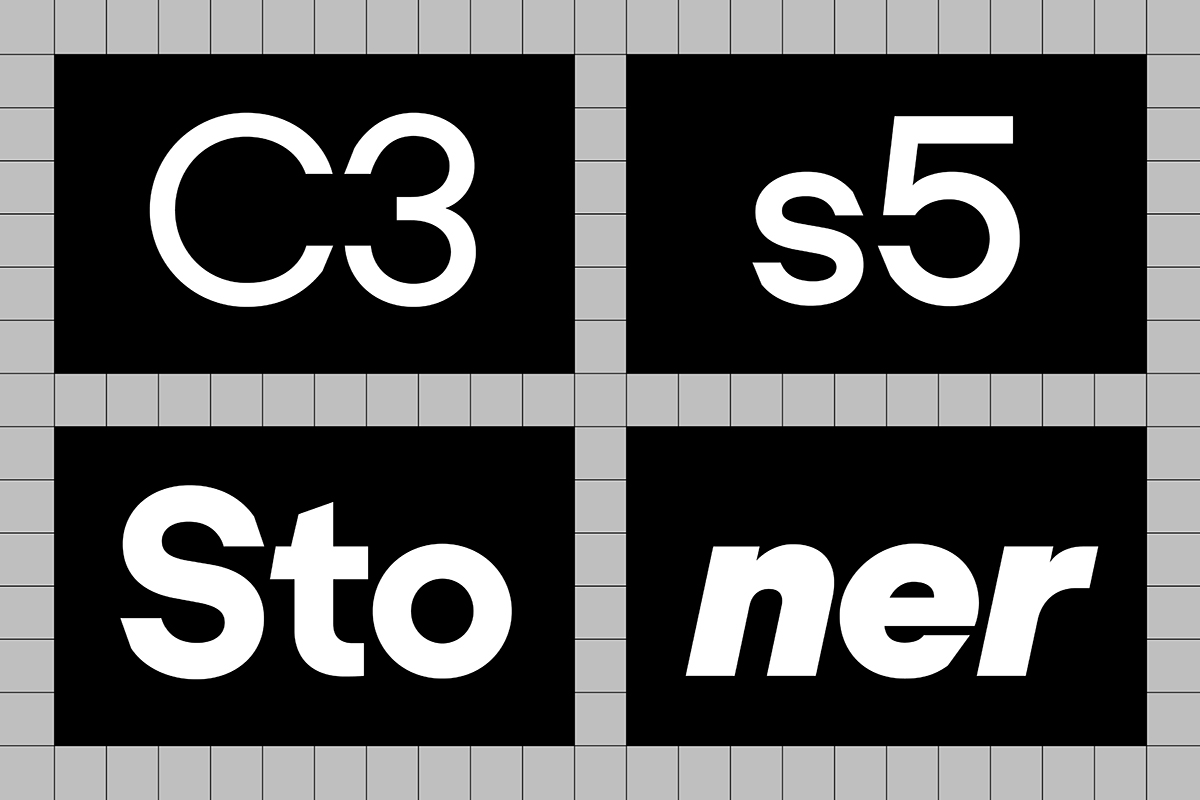 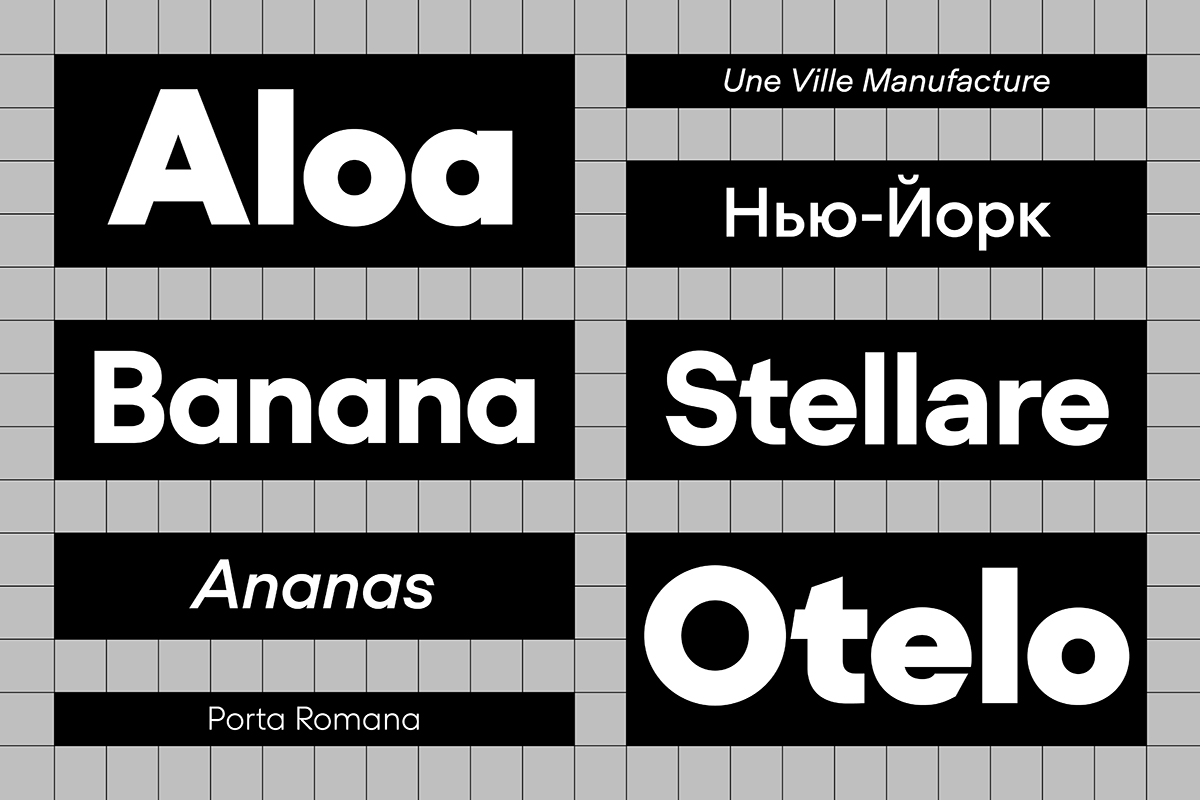 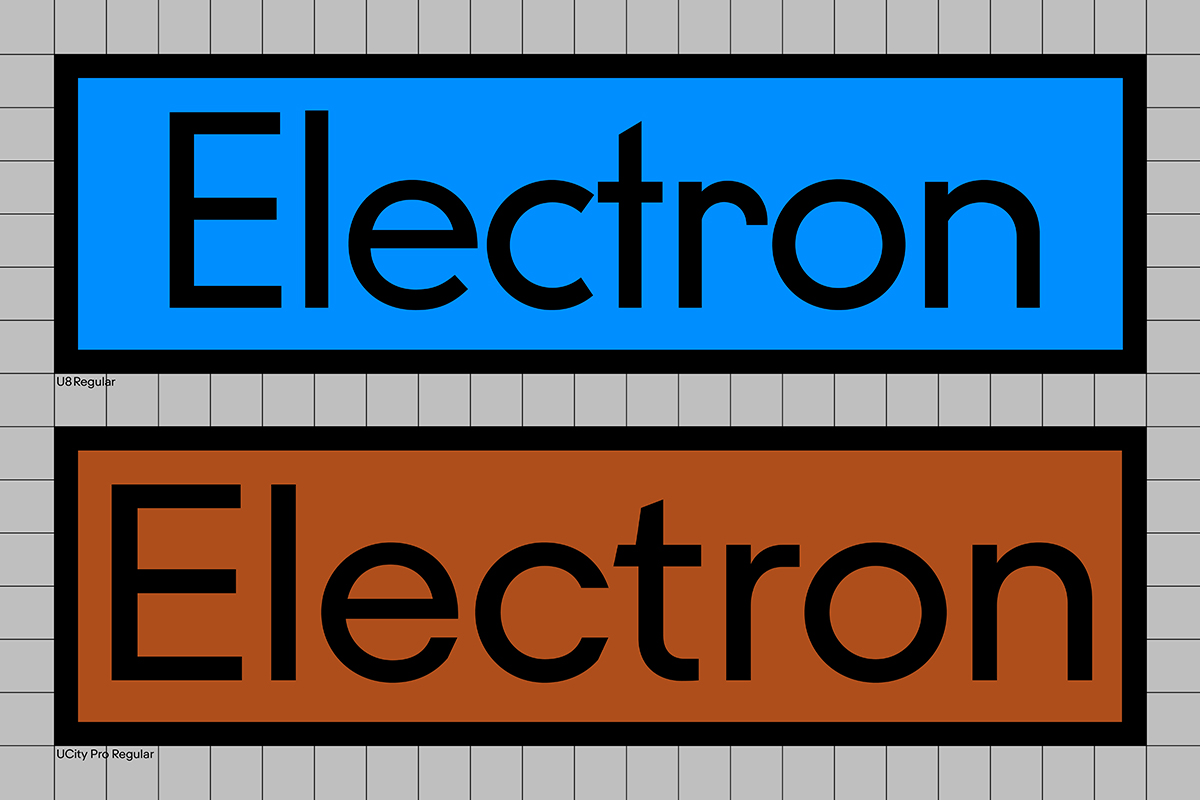 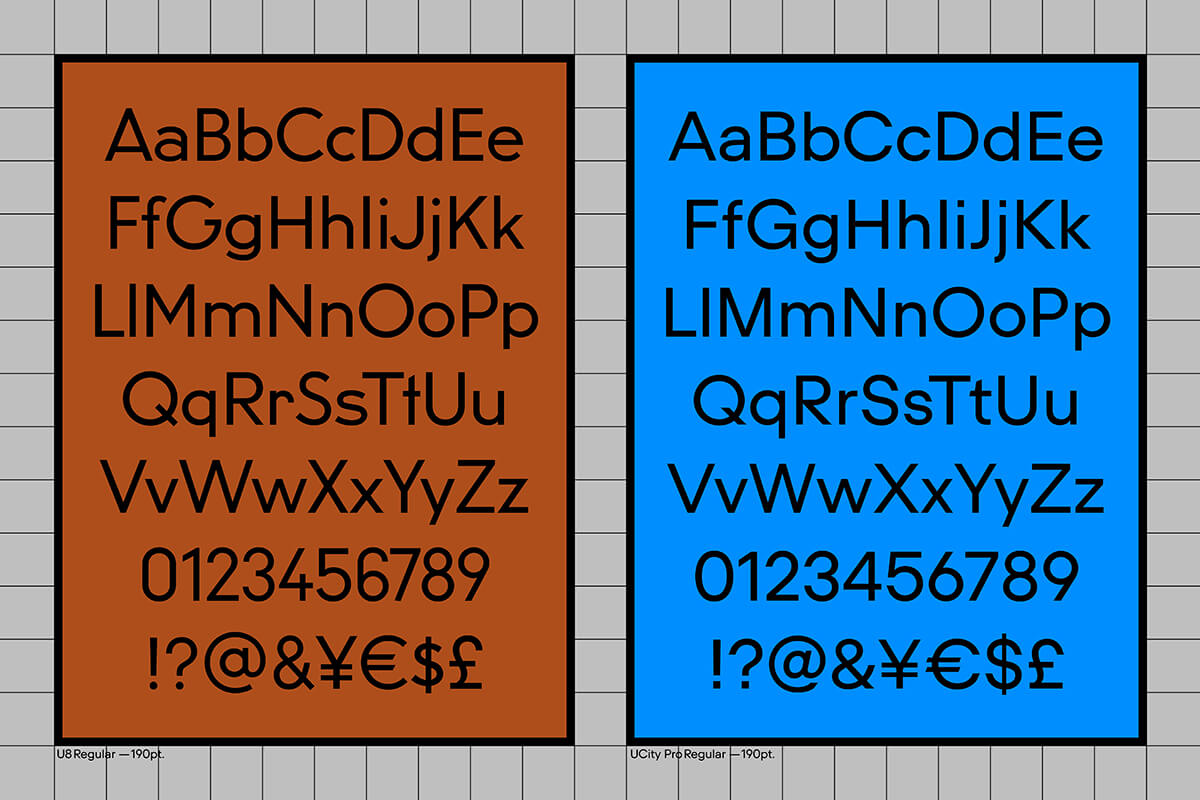 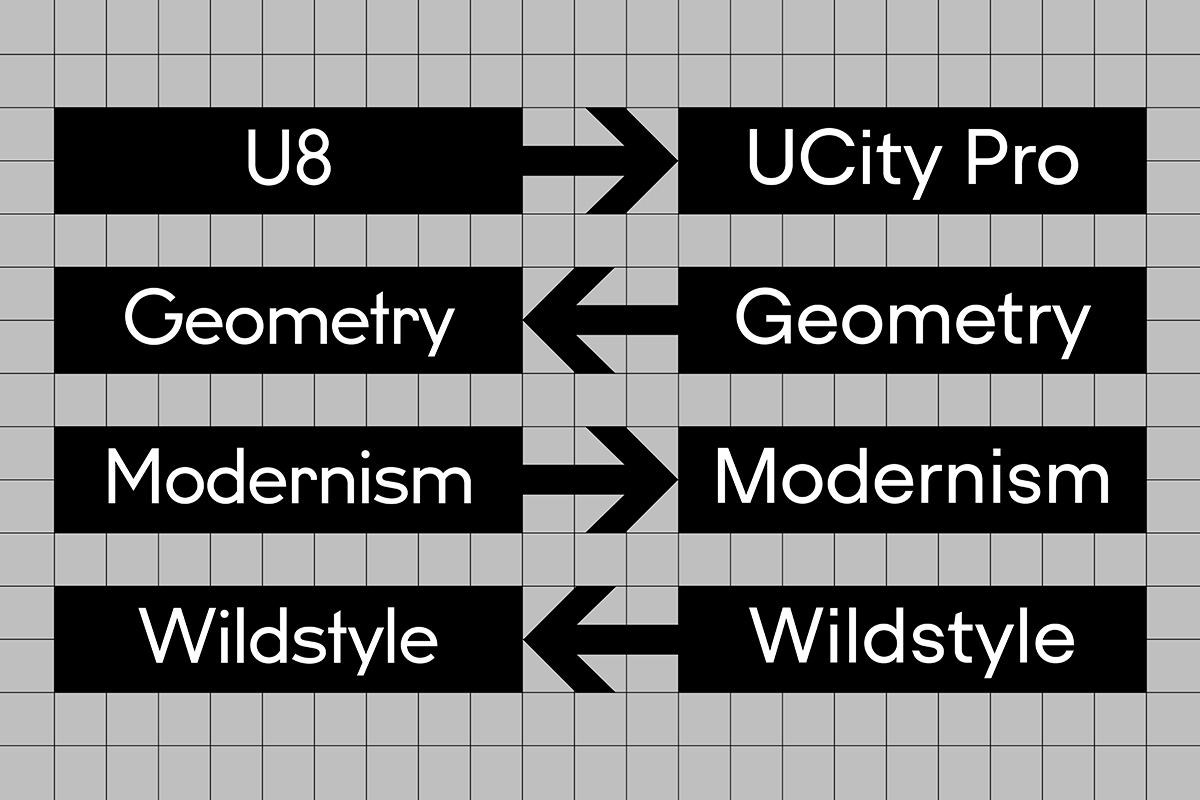