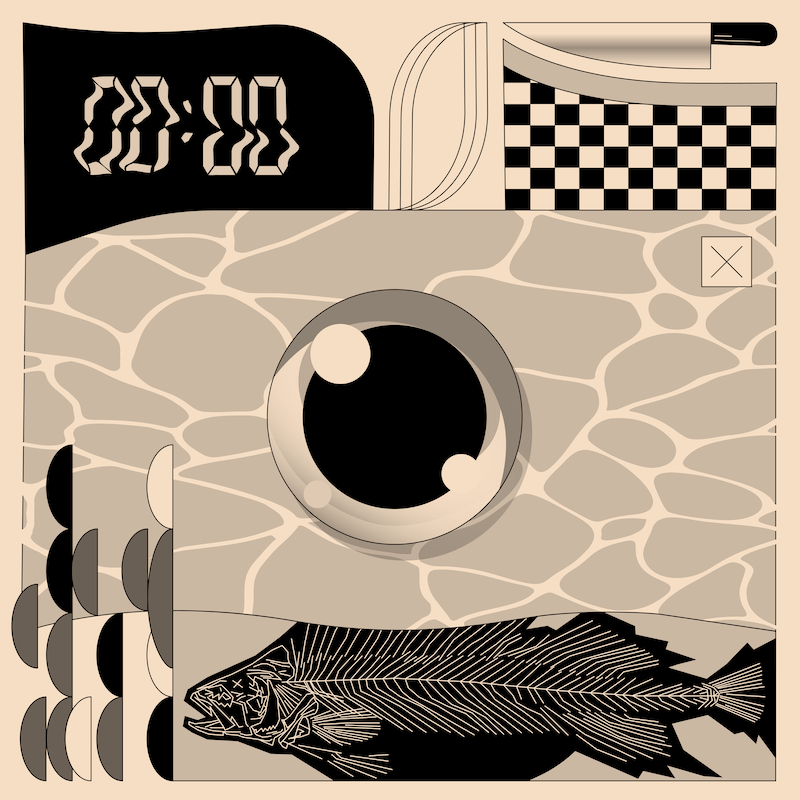 Nearly 40 Hungarian artists, graphic designers, illustrators, and animation directors displayed how they perceive the freelancing lifestyle in the online exhibition Like Fish in the Sea. The event was organized by Balka and was presented at Budapest Design Week. The title of the project derives from a Hungarian proverb which roughly translates to “sound as a roach” meaning someone feels alright and lives a carefree life.

Being a freelancer or having a small company in the cultural and creative sector can feel like swimming against the current. Big fish eats the small fish or at least leaves no ‘project crumbs’ for the rookie. All home office days are like squirming on the beach not to mention that it’s not only the client who sees the speck in the artists’ eyes but vice versa. And what is more it seems to pay day never comes, but sometimes contracting doesn’t either. Business is hard to come by but hope dies last that someday, we will be the goldfish from whom only three modifications are requested.

The goal of the project is to create an online exhibition that reflects the phenomena of the creative scene with the cooperation of artists, to start a discourse on the daily struggles of freelancing, to bring the members of different areas closer together as well as to shed light on how cultural project management can aid designers. The challenges are very real and can take many shapes but they can also be mended, if the general patterns become visible and part of the public discourse. And maybe one day, freelancers can live like fish in the sea.

Have a look at all the fantastic work in this exhibition! 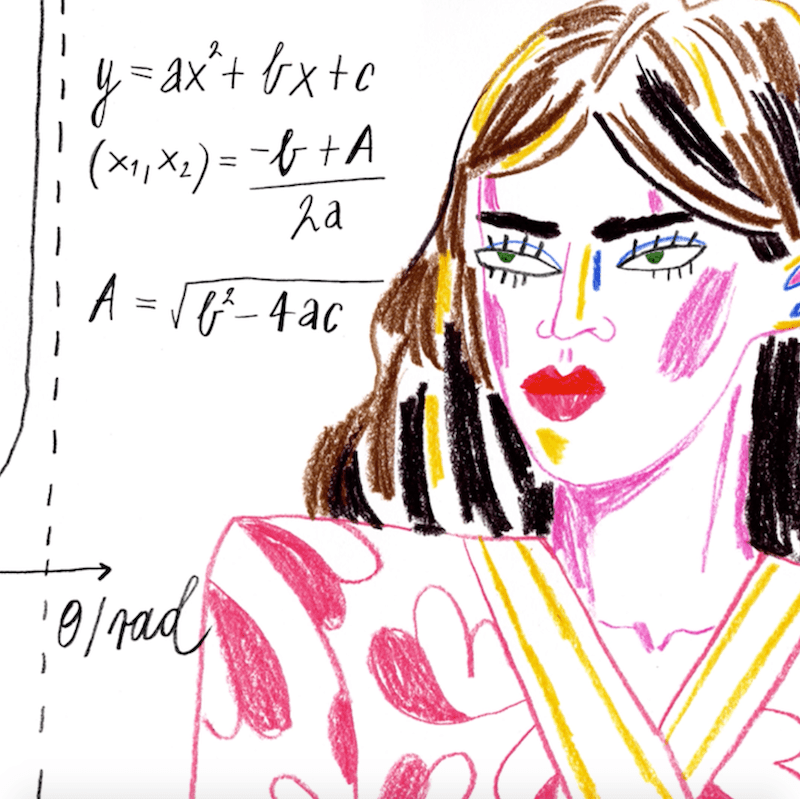 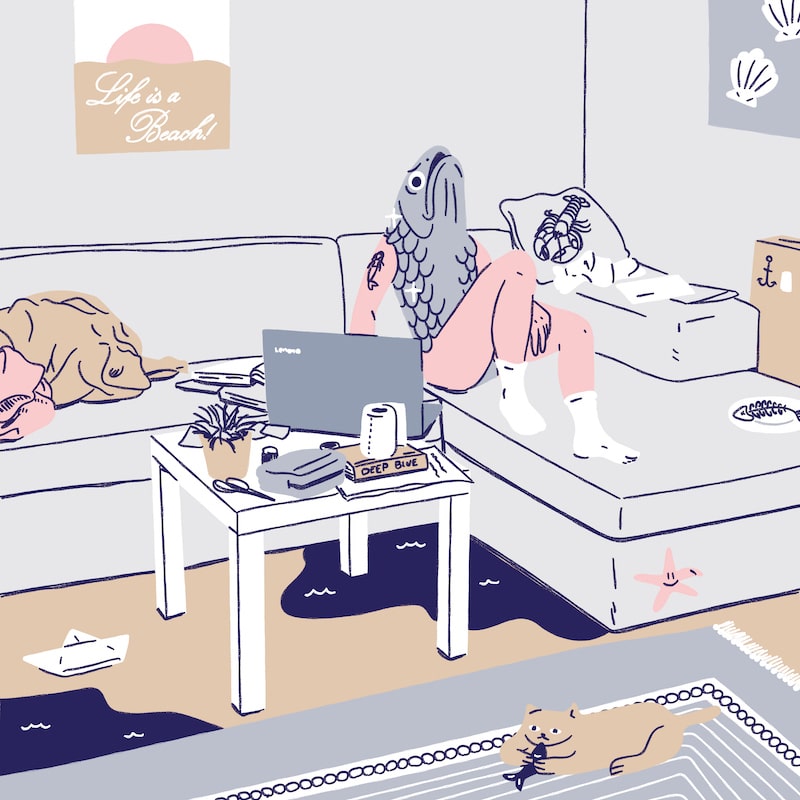 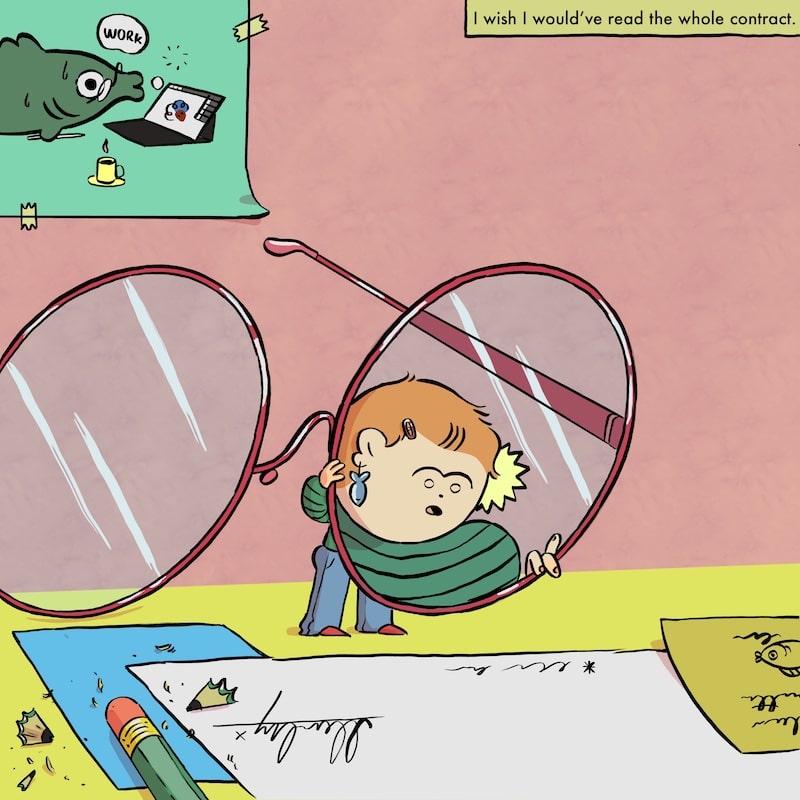 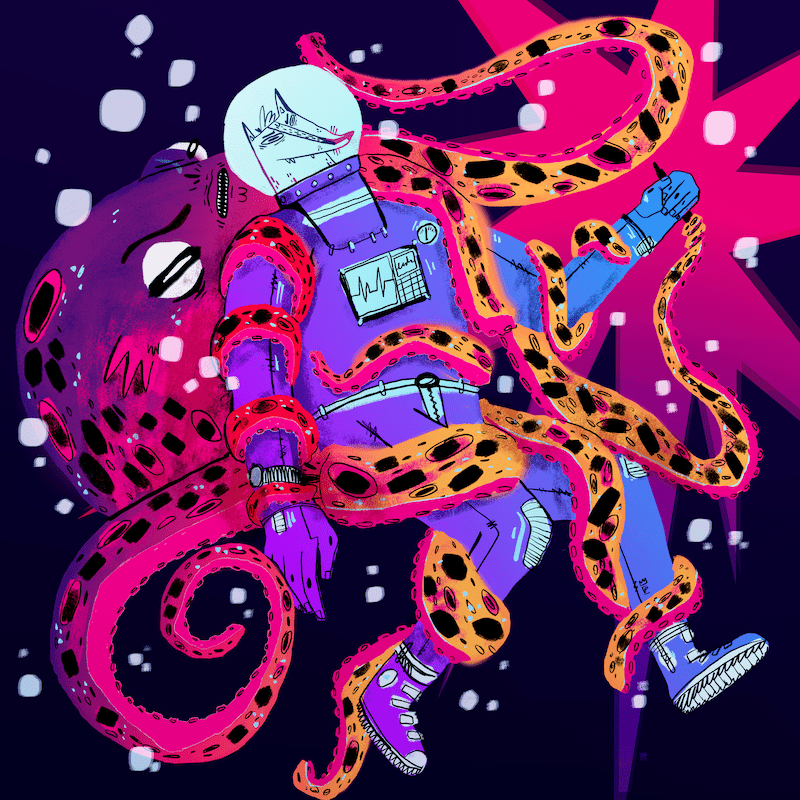 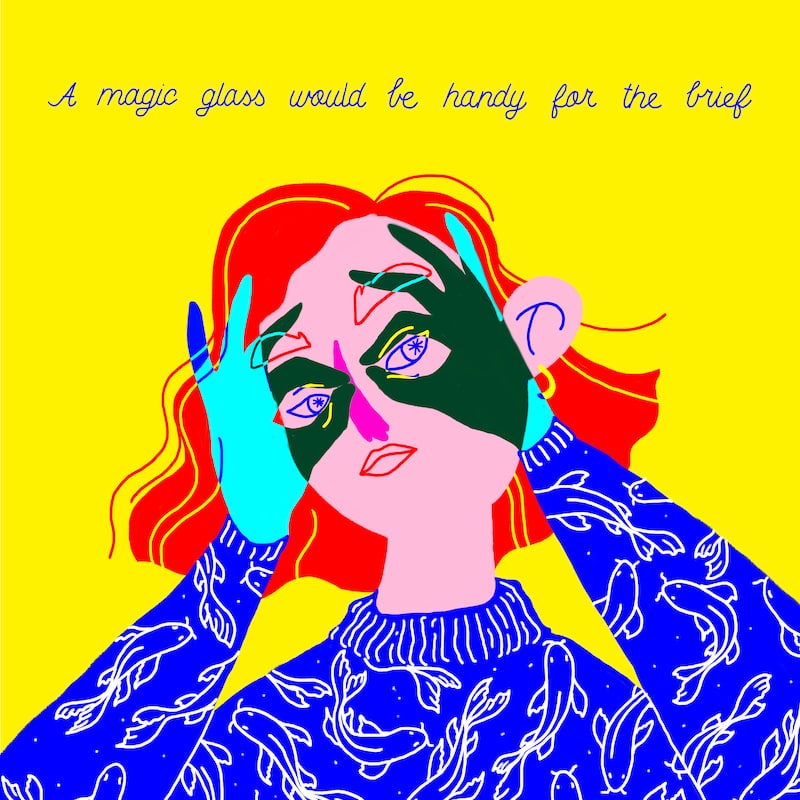 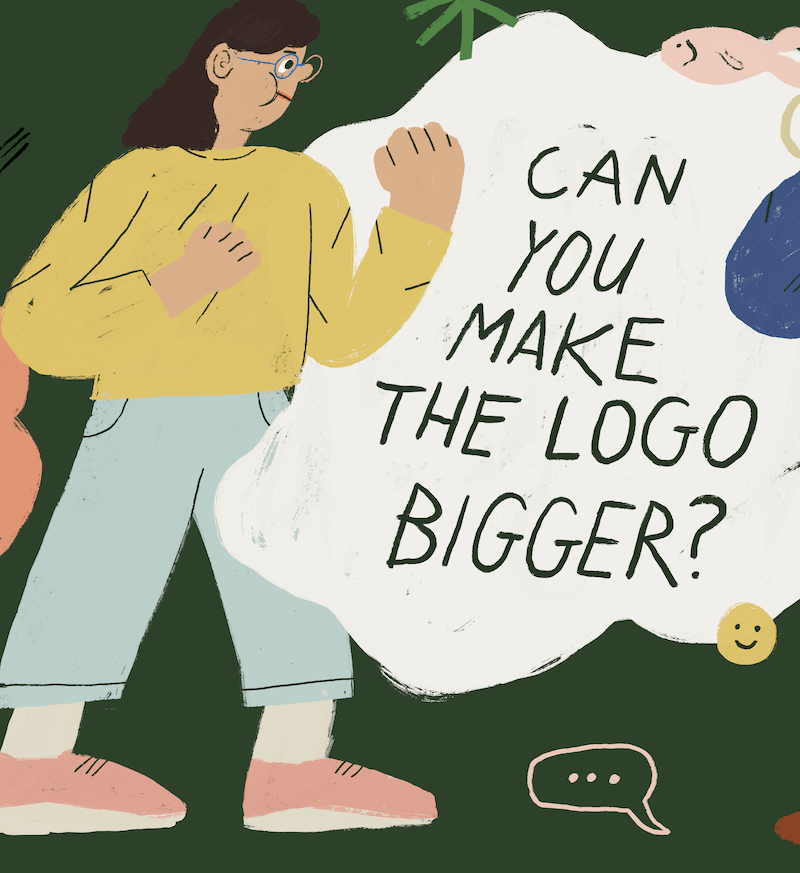 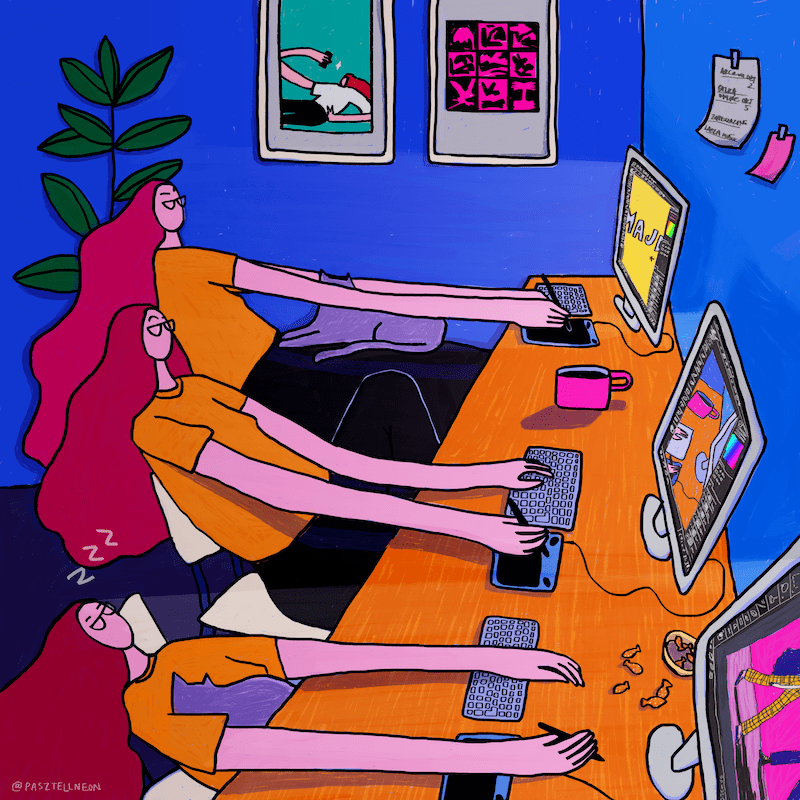 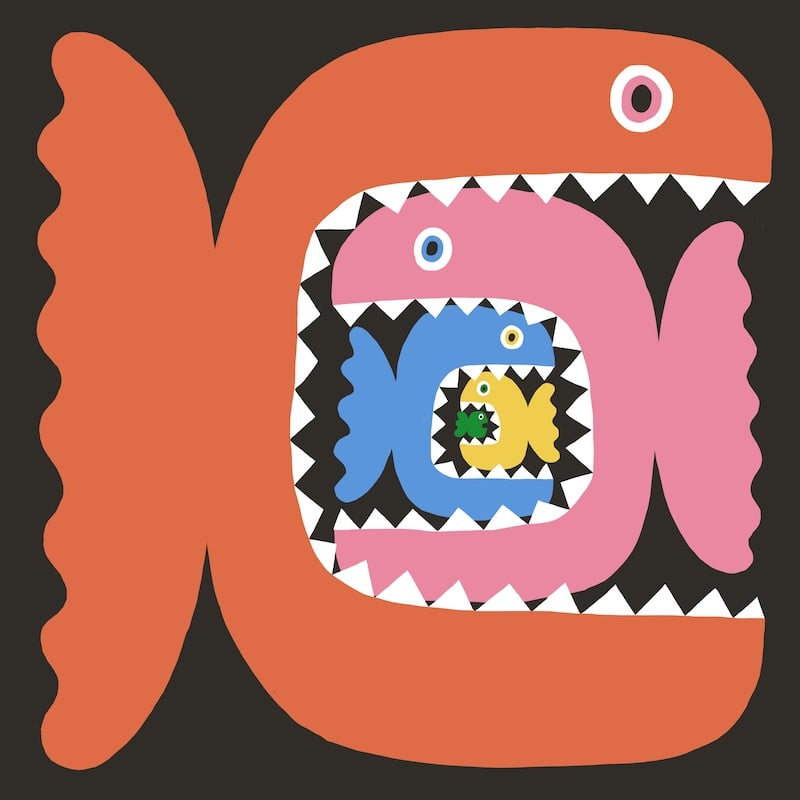 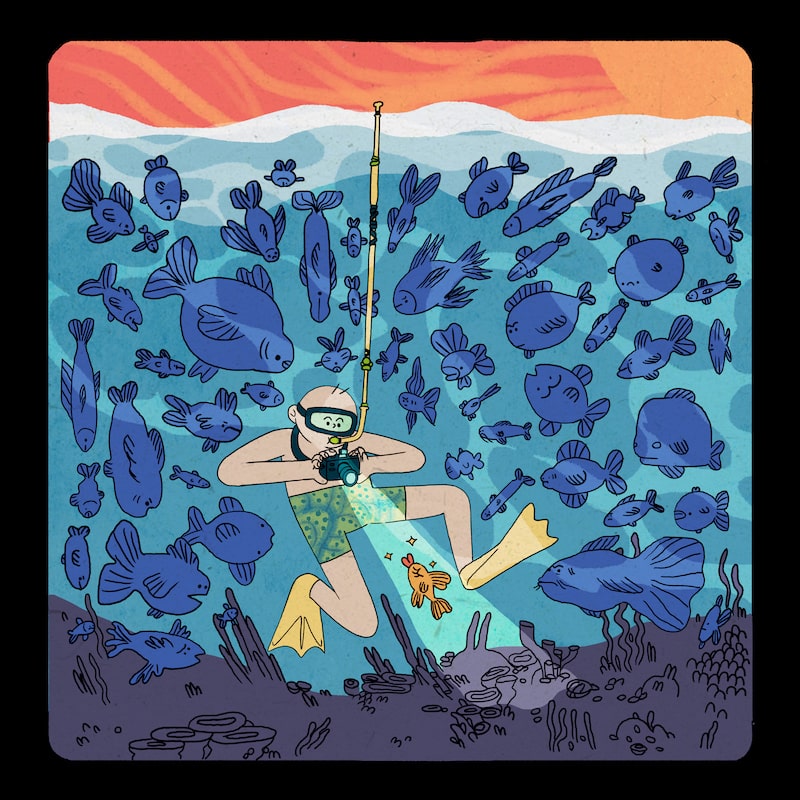