View cart “Wall Clock »Steutenhoff«” has been added to your cart. 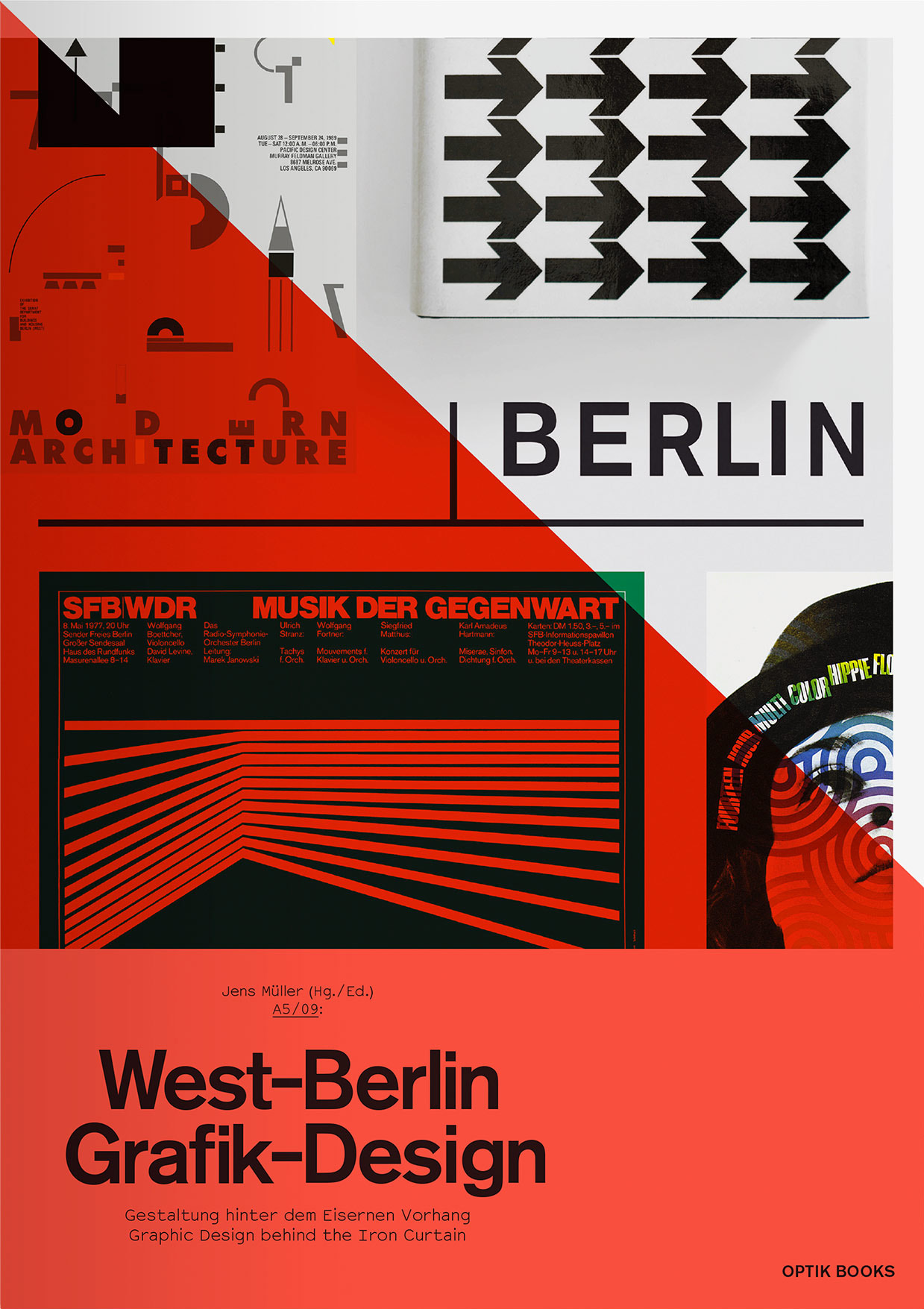 After the end of the Second World War, it becomes clear that the victorious powers cannot agree on a joint future for Germany. The Cold War begins. Germany is divided into two separate states. In Berlin, the division is carried out on a small scale. In 1961, the East builds a wall and turns the western part of the city into an island behind the Iron Curtain. Until the fall of the Berlin Wall in 1989, West Berlin remains a special political construct, with its own cultural scene, its own press sector, and its own graphic design.

This book tells, for the first time, the exciting design history of West Berlin. The posters of SFB, using modernist graphics to announce concerts of new music. The “Berlin Layout” by Anton Stankowski, which is considered the first modern corporate identity system for a city. The serial book covers by Christian Chruxin, who designed the publications of left-wing publishers with the aesthetics of Swiss Style. The graphic design for cultural institutions by Jürgen Spohn, Volker Noth, and Ott+Stein, which set new standards far beyond the borders of the city. The logos of West Berlin from more than three decades. The information design developed under the direction of Erik Spiekermann for Berlin’s public transportation system. The works of Jack N. Mohr, who created corporate design solutions for many local companies. Including more than 500 illustrations, numerous interviews, and in part unpublished works, this book embarks on a journey to a city that no longer exists.