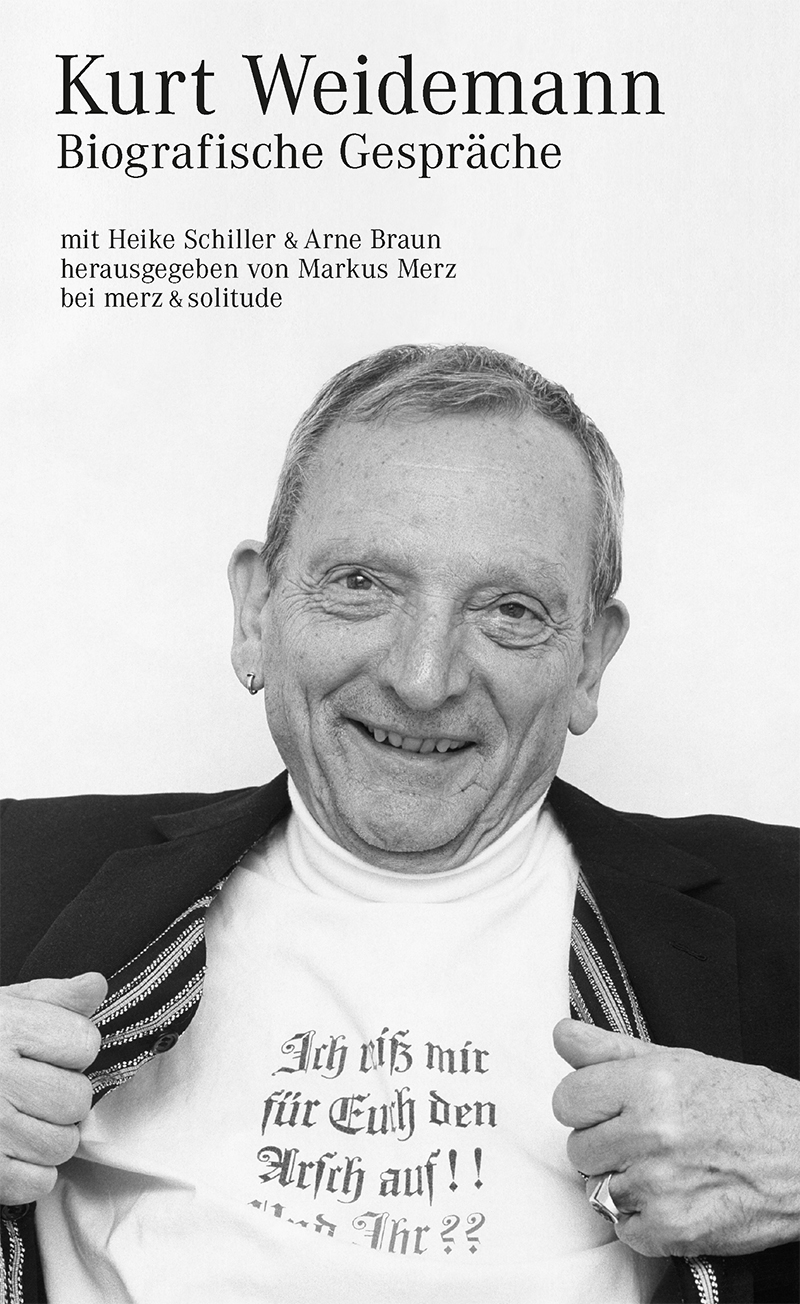 The graphic artist, typographer, teacher and communicator Kurt Weidemann created something unique - public images that have found their way into the collective memory, whether signets for Coop, Deutsche Bahn and Berliner Bank or typefaces for the Bible and Daimler Benz.

Kurt Weidemann lived up until his death in 2011 an incredible life: This includes his poor childhood in Lübeck, his experience on the Eastern Front during World War II, five years imprisonment in a Russian camp, his apprenticeship as a typesetter after the war, his studies at the Stuttgart Art Academy, his work as a font and character developer, as an active participant in the 68 movement as a highly demanded expert in questions of design and life, as a teacher, as a Daimler service provider, as a committed university developer–the list could be continued almost indefinitely.

Since the form of conversation is the adequate form of presentation for Kurt Weidemann (except for writing and signs), the only biography of Kurt Weidemann to date appears in direct speech. It is obvious that he himself was responsible for the design of the volume. The conversations document 30 hours of intensity, fantasy, humour, uncompromising and pure vitality–a book full of entertainment, but no light entertainment. In addition, the historical and current photographs show Kurt Weidemann as a bag full of surprises.