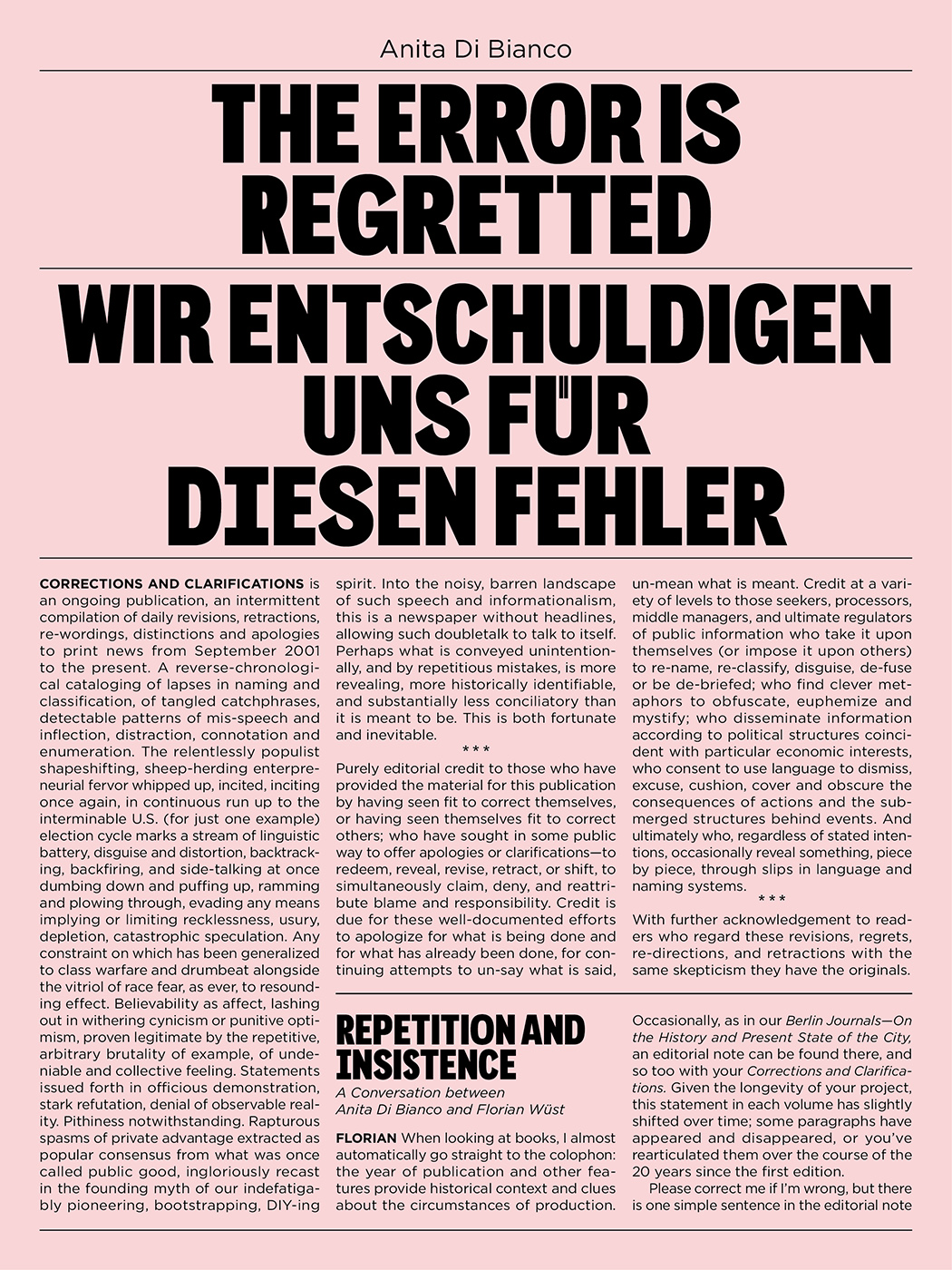 The Error is Regretted is the 20-year anniversary publication of Anita Di Bianco's project Corrections and Clarifications. Next to a new 96-page newspaper edition, that reflects the current news, the book contains text contributions by Anita Di Bianco, Anna Bromley, Francesco Gagliardi and Florian Wüst.

Corrections and Clarifications is an ongoing newsprint project, an edited compilation of daily revisions, retractions, re-wordings, distinctions and apologies to print and online news from September 2001 to the present. A catalog of lapses in naming and classification, of tangled catchphrases, patterns of mis-speech and inflection, connotation and enumeration. An intermittent newspaper without headlines, a distillation of the predictive patterns and algorithmic amplifications of the last two decades, from fake news to the attention economy.

Distributed by Printed Matter, New York; held in the archival collection of Sammlung KIOSK Kunstbibliothek Staatliche Museen zu Berlin and the Museum of Modern Art in New York.
The publication includes text contributions by Anita Di Bianco, Anna Bromley, Francesco Gagliardi and Florian Wüst.
The book is published at the occasion of the exhibition at A—Z Presents in Berlin, 11/11–7/12/2021