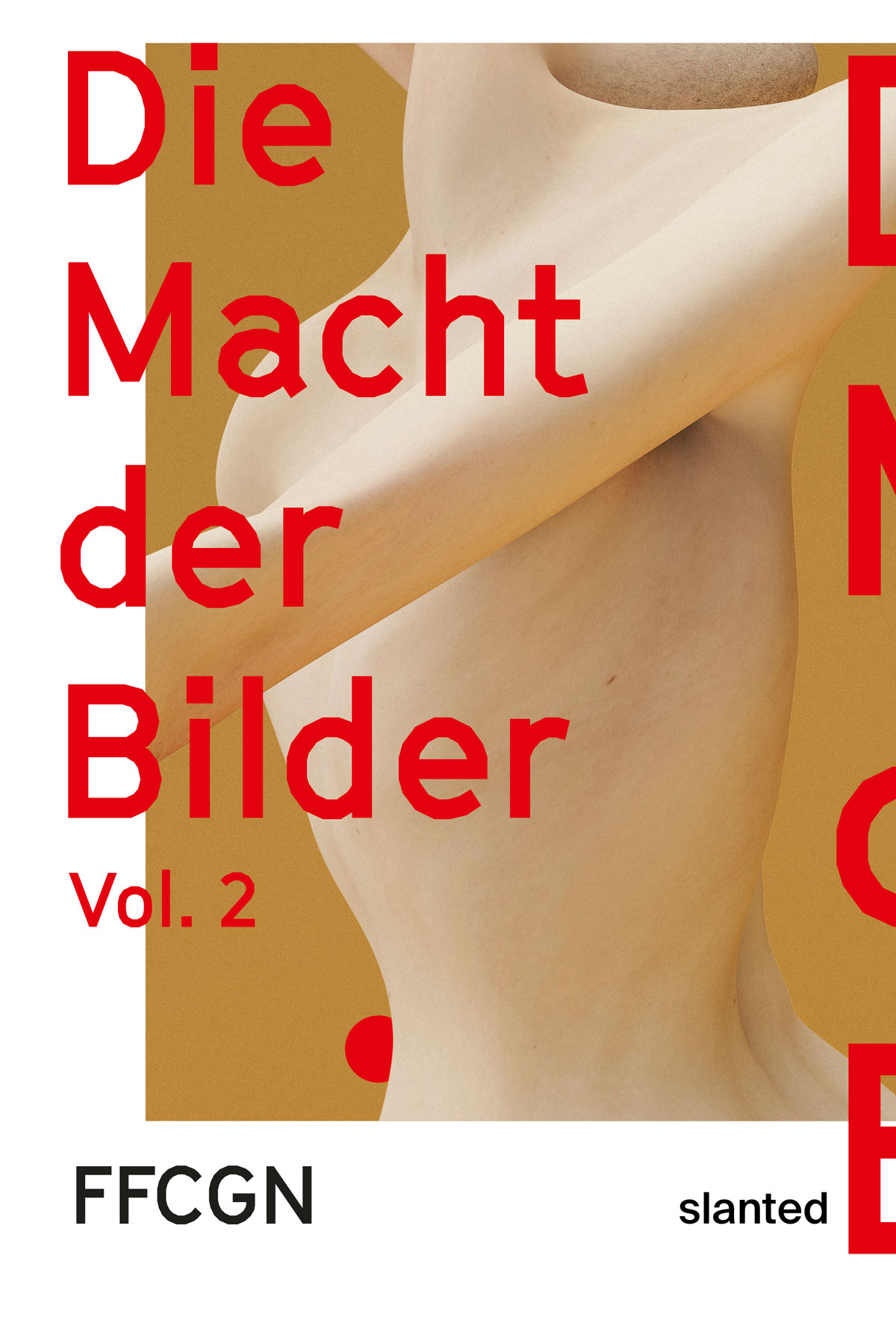 FILM FESTIVAL COLOGNE is one of the leading festivals in Germany and an important international branch event. It presents worldwide trends and shows outstanding works of audiovisual storytelling for the first time in Germany. "FFCGN - Die Macht der Bilder Vol. 2" accompanies the festival visually as well as with texts and reflections on the diversity of media culture and brings together selected content from the current film world.

Everything about the power of images in film, pop culture, art and society. At the FILM FESTIVAL COLOGNE on site or in this richly illustrated volume.

It moves organically in nature. Its texture is familiar to us in a pleasant way. It breathes. Its surface is smooth and in resting dynamic movement. It lives, and we recognize a substance of which we are ourselves. No longer as the navel of the world, but as an element of the new order.

The key visual of FILM FESTIVAL COLOGNE this year illustrates the posthumanist feel of our time. We humans no longer believe in grand narratives. We no longer think of ourselves as actors, rather as the audience of the world theater. Visual information pelts us, it “overwhelms us.” They make it increasingly difficult to distinguish between right and wrong, good and bad images. Are we art or junk?

And yet—every now and then something stings us. Every now and then, images manage to break out of the multitude of their peers and touch or change us in our lives. Pictures shake awake, fight for space, haunt us. Weapons and comfort at the same time. Are we art, or much more?

Welcome to FFCGN—DIE MACHT DER BILDER Vol. 2. Once again, this publication brings together and curates a wide variety of content from the world of the motion pictures. This book is a feature. The editors talk to people they find inspiring. It’s a snapshot of their work, at FILM FESTIVAL COLOGNE and far beyond. It’s a best of content they're up for. And, last but not least, a little piece of nostalgia, a hint from the realm of analog: Go to the festival’s website! There you'll find everything you need to know about the power of moving pictures.