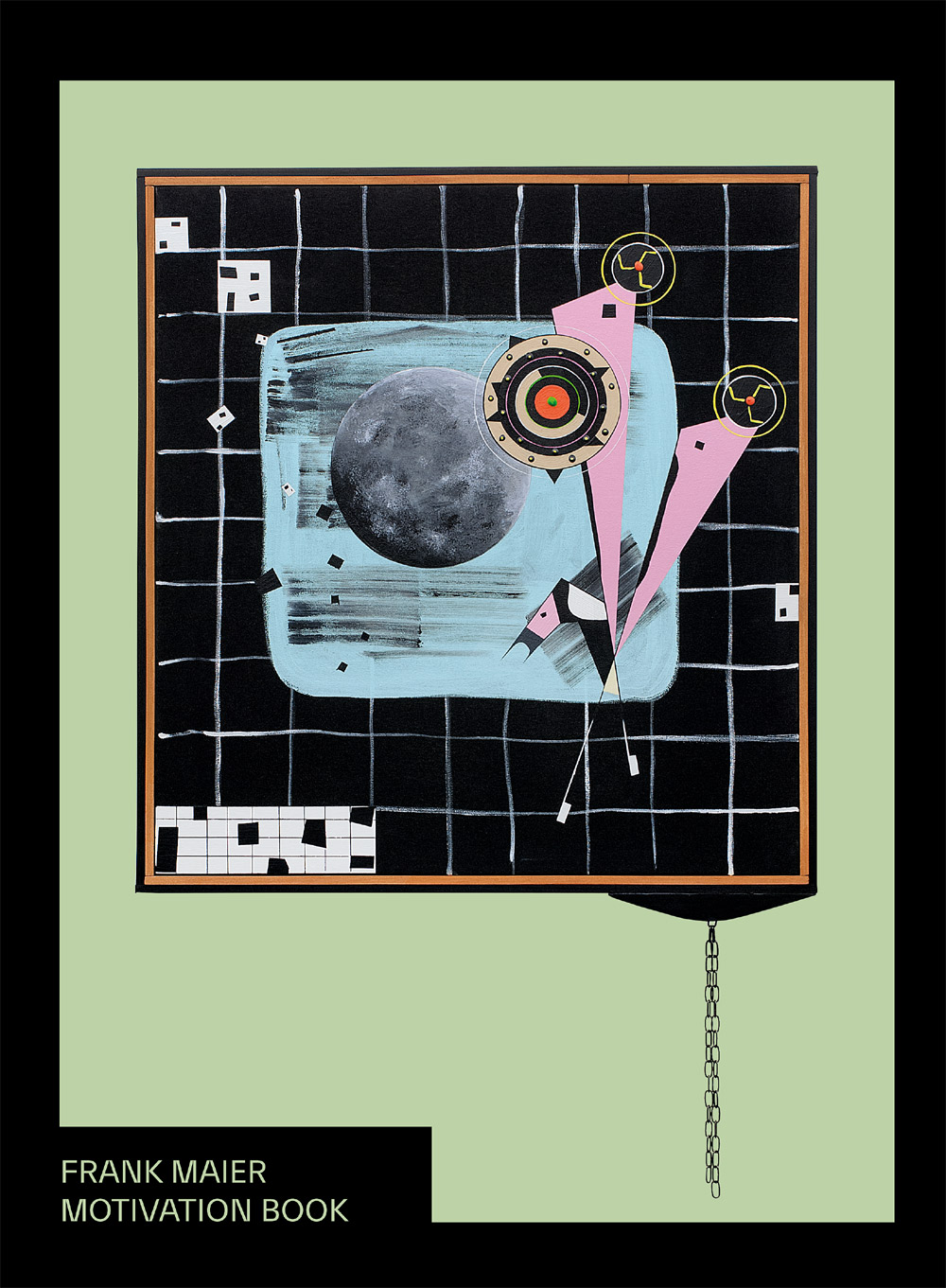 Juggling virtuosically with "pure" complexes of forms, Frank Maier draws upon the inventory of abstraction. Yet his strongly colored paintings, characterized by densely constructed arrangements of lines and planes, are not abstract. Rather, they refer to – as Kazimir Malevich once put it – the "truth of non-objective being beneath the surface of phenomena."
Frank Maier's paintings "represent" situations, moments, or correlations on the verge of new constellations. The composition of the paintings entails, as it were, a social dynamic. "The artist presents us with individual snippets of his perception of life as if they were frozen and under a spotlight. Without further ado, the pictorial elements involved become characters, soon turning into props, forming a 'scenery.'" (Barbara Buchmaier)

Individual elements of these sceneries even take on representational forms. A recurring motif, for instance, is that of the "crab" – sometimes depicted "completely," sometimes fragmentarily. Such motifs evoke different associations and connotations, oscillating between organism and machine, radiating autonomy. "Ego capsules" is the term Frank Maier uses to describe the special circular forms that also appear in his paintings. Seemingly rotating, these forms look like compact ball bearings that – perhaps originating from other worlds – have "landed" in the pictorial spaces.

The paintings themselves seem similarly autonomous, with ribbon-like enclosures that build up at the edges – and are usually extended beyond the pictorial space by frame laths: fanned-out interfaces to the outside world. "In contrast to the rather passive qualities of a picture – that is, being at rest in itself, 'contemplative' and fully shaped – the intention is to emphasize an active relationship, namely that between the picture and those who look at it," says Frank Maier, describing one aspect of his painting.
The quote is from the insightful conversation Bernhart Schwenk held with the artist for the "Motivation Book." In addition, the book includes a knowledgeable essay by Thomas Groetz on Frank Maier's work – and presents the artist‘s work in numerous images. This way, and in keeping with the artist's intentions, the book evokes multilayered "resonances."

Frank Maier, who grew up in Stuttgart, completed his master's studies as a sculptor at the Staatliche Akademie der Bildenden Künste Karlsruhe before moving to Vienna in 1996, and Munich in 1998. Based in Berlin since 2006, he has taught at the Institute for Architecture and Urban Planning of the UdK’s Department of Visual Arts. His works have been shown at the Museum für Konkrete Kunst, Ingolstadt; L40, Berlin; Beers, London; and the Quingdao Sculpture Center in China; among others. He has had solo exhibitions at various galleries, including Ben Kaufmann, Munich/Berlin; Drawing Room, Hamburg; and the Kienzle Art Foundation, Berlin. He is represented by the Laura Mars Gallery, Berlin.
Prof. Dr. Bernhart Schwenk is an art historian and a curator of contemporary art at the Pinakothek der Moderne in Munich.
Thomas Groetz is an author and artist based in Berlin.