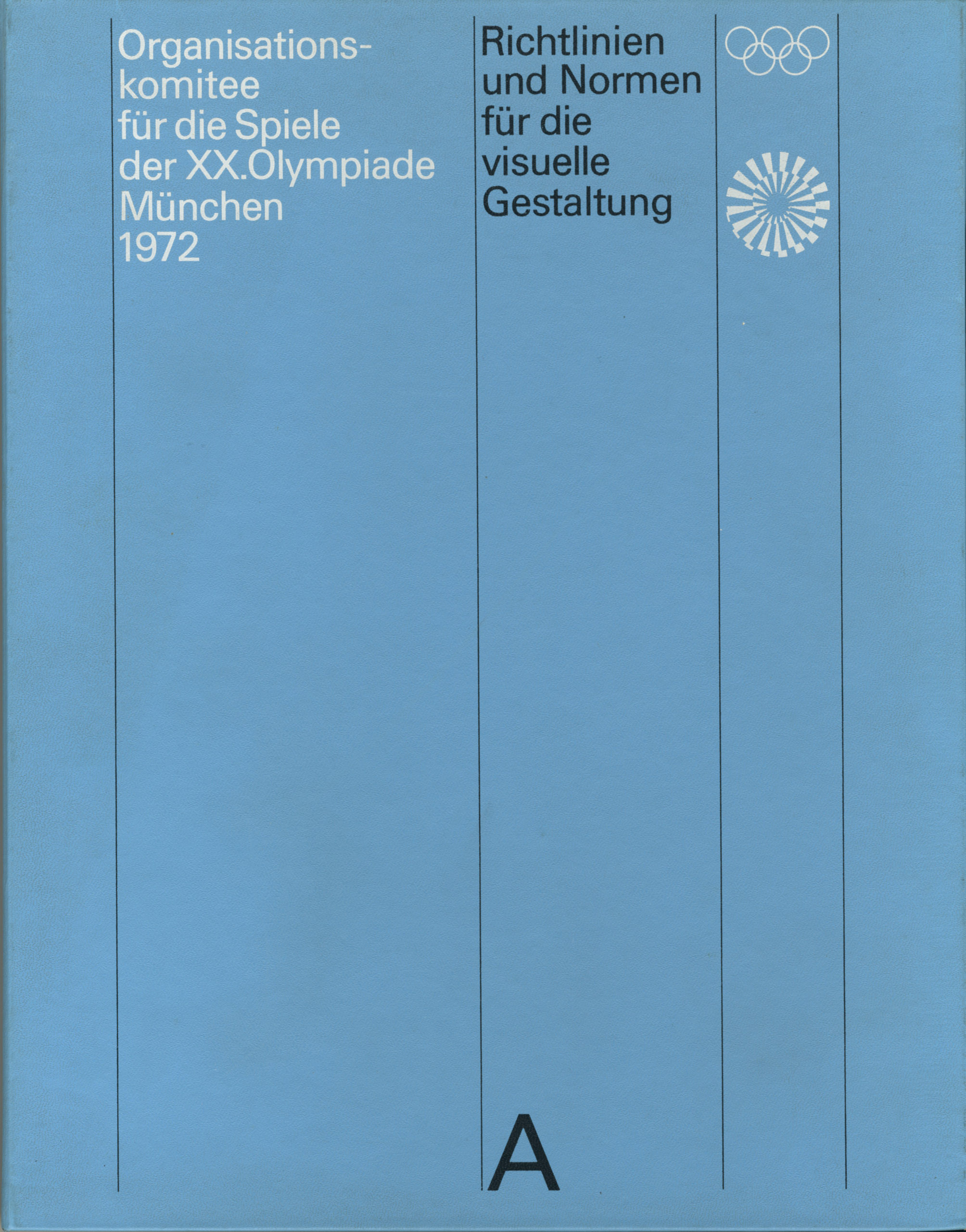 Guidelines and Standards for Visual Design

Less than a quarter of a century after the end of National Socialism, Otl Aicher was commissioned to design the “cheerful” XX. Olympic Games in Munich, 1972 . He took a systematic and scientific approach, liberating visual communication from national pathos and reducing it to the essential, in the spirit of the Bauhaus: purpose. The manual Guidelines and Standards for Visual Design, completed in 1967, is an astonishingly clear set of rules, a flexible system of colors, forms and writing that allowed Aicher’s team and partners to “play freely” and saved “unnecessary preparatory work and time-consuming detailed decisions.”

Aicher had a comprehensive requirement: everything should be able to be designed. With the results from more than 100 design areas, he succeeded in creating an extraordinary broad effect of the appearance and, in addition, in setting new standards in corporate design. To this day, Guidelines and Standards for Visual Design for Munich 1972 is considered the most successful design project of all the Olympic Games.

Otl Aicher (1922–1991) was an internationally acclaimed graphic designer and educator, renowned for his corporate identity work, visual communication systems, and typography. With concise corporate designs for commercial enterprises, for example the Deutsche Lufthansa, his visual communication system for the Munich Olympic Games of 1972, and in particular as co-founder (together with Max Bill) and rector of the Hochschule für Gestaltung Ulm—an experimental design school in the spirit of the Bauhaus—he achieved a high reputation worldwide.