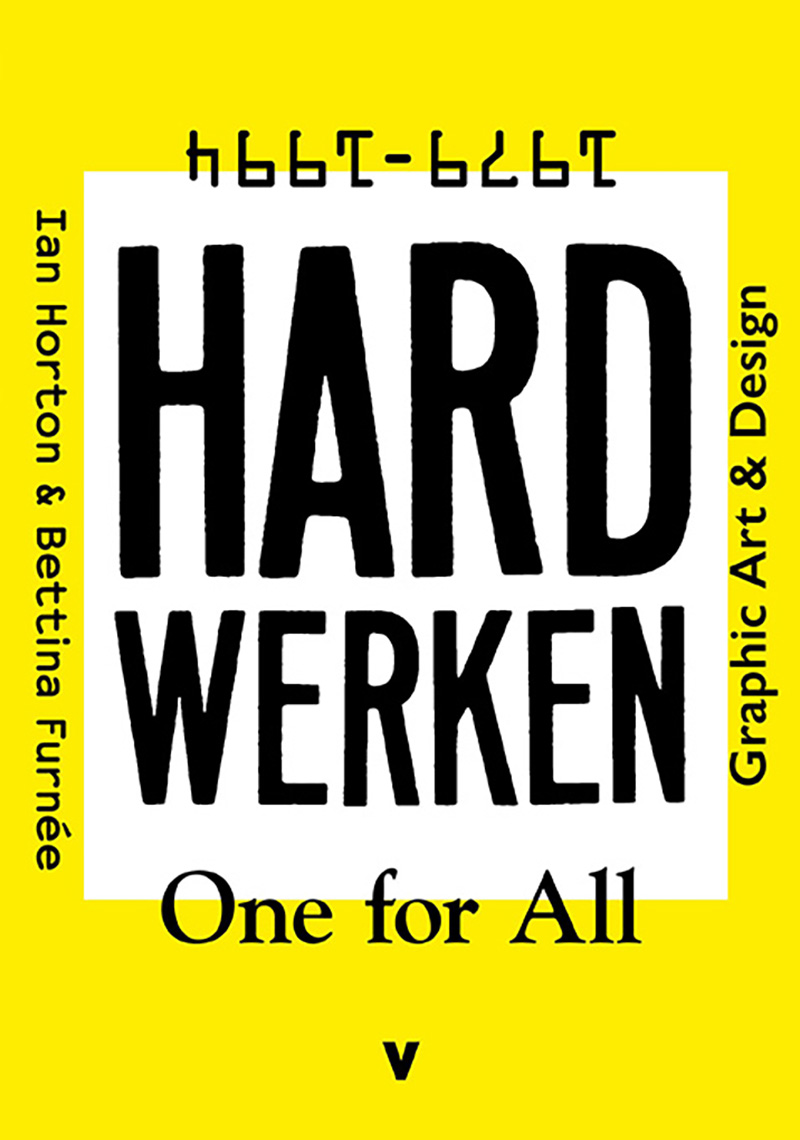 Hard Werken – One for All

This feisty and uncompromising book examines Hard Werken’s practice and legacy in an international context and addresses their contemporary significance. It investigates the group’s pioneering role in the cultural life of Rotterdam and their impact abroad, especially the US, by examining the innovative aspects of Hard Werken’s practice, which combined graphic and fine art languages. All is elucidated by a myriad of images and clear, concise texts.

‘The 1970/80s Dutch magazine Hard Werken has all the qualities of a pop-legend. Born of the collective desire of a group of young graphic designers from industrial Rotterdam to express themselves, they quickly achieved an influential cult status, then [the magazine] died young.’
Peter Bilak in: Dot Dot Dot magazine, Issue 1, 2000
Hard Werken ‘quite deliberately has broken every rule in the handbook’ by producing ‘scattershot lay-outs, jarring mismatches of type, shrieking colours and a veneer of industrial grime which seem calculated to assault the sensibilities of more delicate colleagues.’
Rick Poynor in: Blueprint No 59, 1989