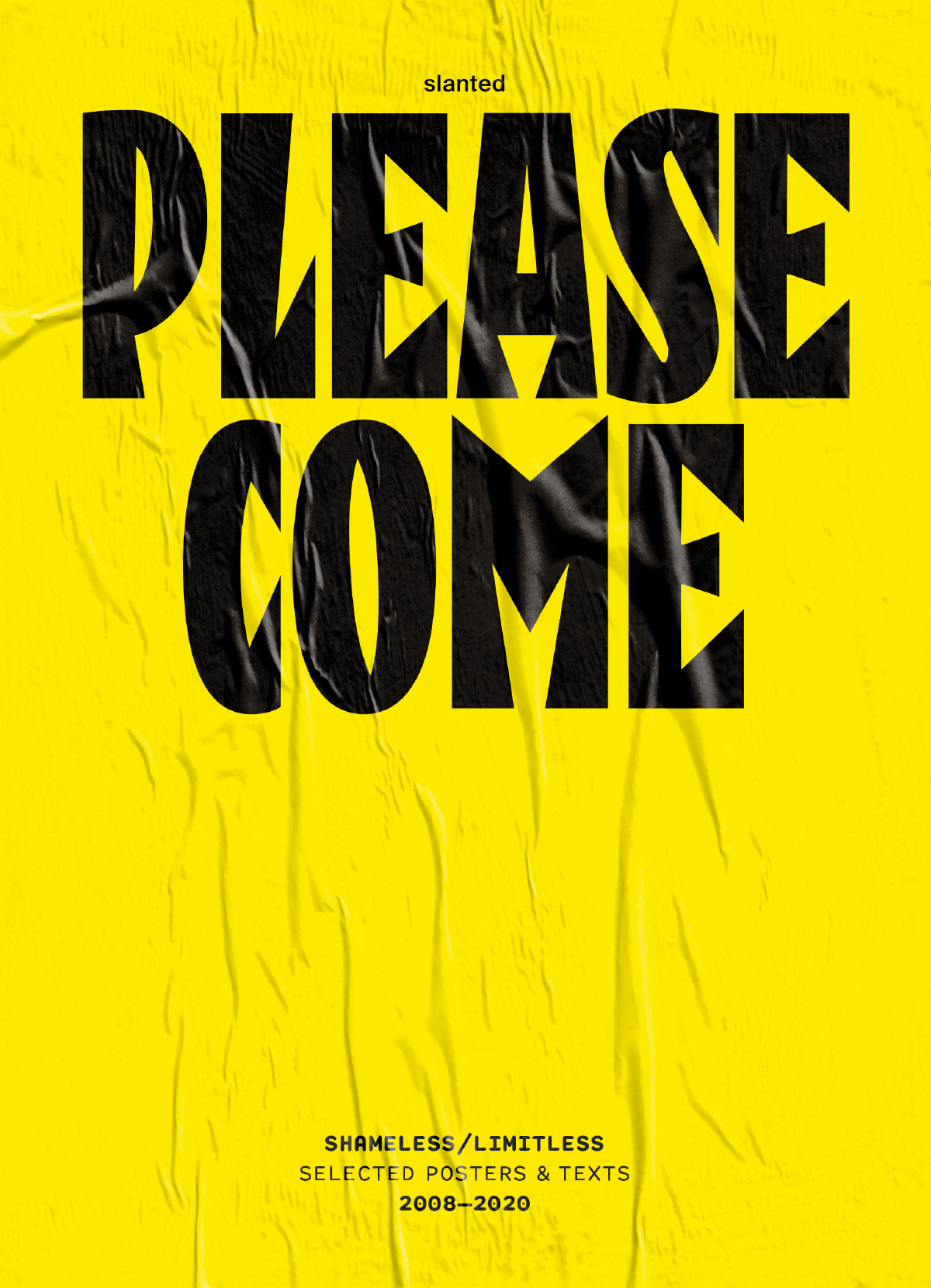 Please Come: Shameless/Limitless Selected Posters & Texts 2008–2020 is a 536-page brick of a book. It charts the history of Shameless/Limitless, a Berlin promoter whose trajectory has paralleled (is responsible for?) the establishment of the most recent iteration of the city’s DIY music scene.

Immerse yourself in the unique aesthetics of the Berlin DIY-club scene!