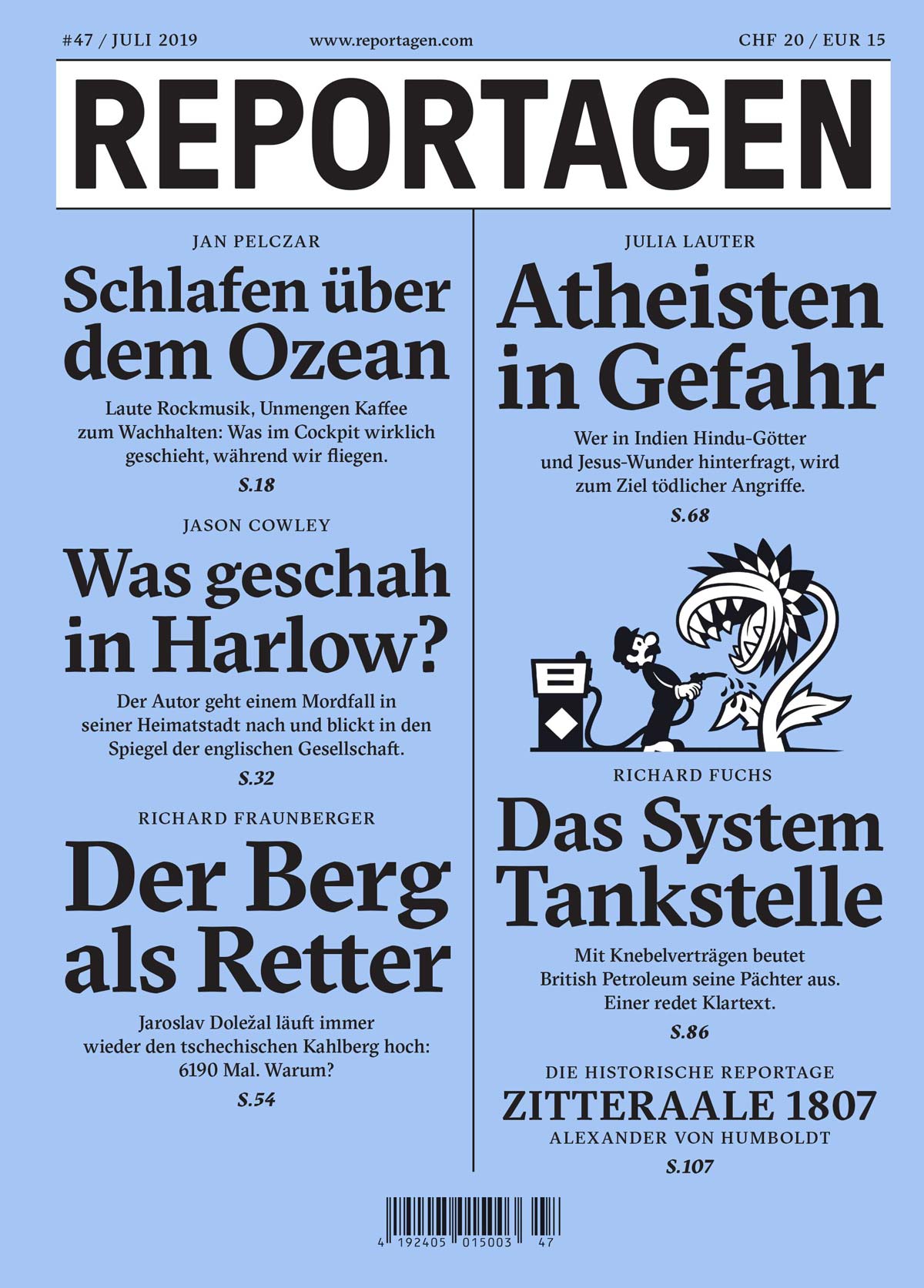 – Sleeping over the ocean. Loud rock music, lots of coffee to keep you awake: What really happens in the cockpit while we’re flying. By Jan Pelczar.

– What happened in Harlow? The author follows a murder case in his hometown and looks into the mirror of English society. By Jason Cowley.

– The mountain as saviour. Jaroslav Doležal keeps running up the Czech Kahlberg: 6190 times. Why? By Richard Fraunberger.

– Atheists in danger. Anyone in India who questions Hindu gods and Jesus miracles becomes the target of deadly attacks. By Julia Lauter.