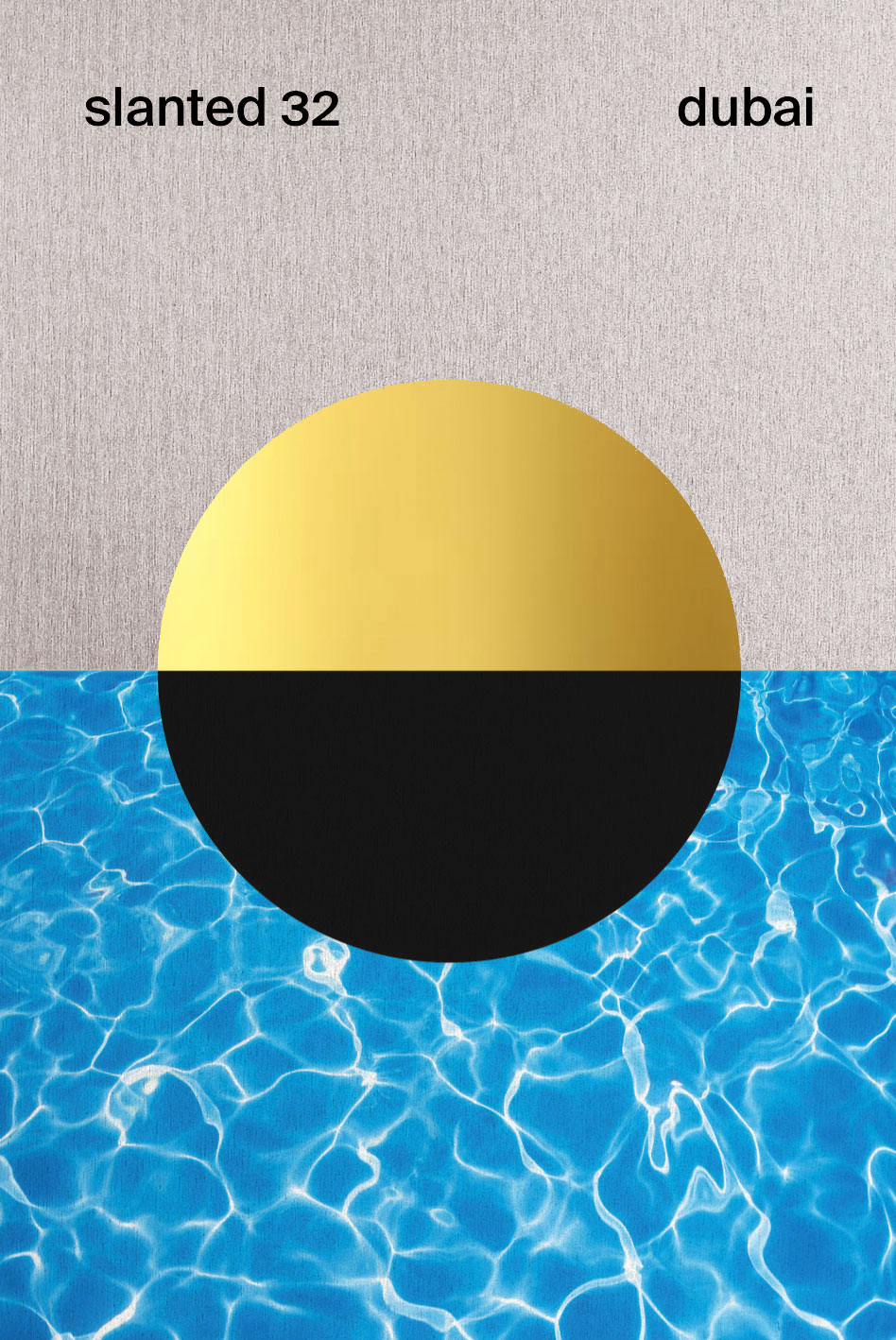 In Spring 2018 the Slanted editors took a close-up look at the contemporary design scene of Dubai. A city—when described by many people—that is all sickening shine and has no soul, an air-conditioned bubble of hype whose hubris guarantees imminent cultural and ecological Armageddon. They believe the UAE to act as a kind of narcissistic mutating mirror to the emerging anxieties of the West.

But Dubai and the whole region, originally a piece of desert sparsely populated by Bedouins, is now transforming itself rapidly into a center, if not the world’s greatest center, of trade, finance, and tourism. And moreover, something important happened in the last few years: Culture! Today, a new Arab world is being plotted and planned. The entire Gulf is teeming with initiatives—from the most public to the most private—to change and reinvent seemingly immutable rules, regimes, edicts, and assumptions, culminating, perhaps, in the stated intention to work more closely together. The Gulf states have a past, and they will have a future. The contours of that future are legible in this Slanted issue!

Slanted met some of the most amazing creatives such as Möbius Studio. Not only can you find their brilliant works in the new issue, Slanted also provides a deeper look at their opinions and views through video interviews that can be watched online on our video platform for free: www.slanted.de/dubai.