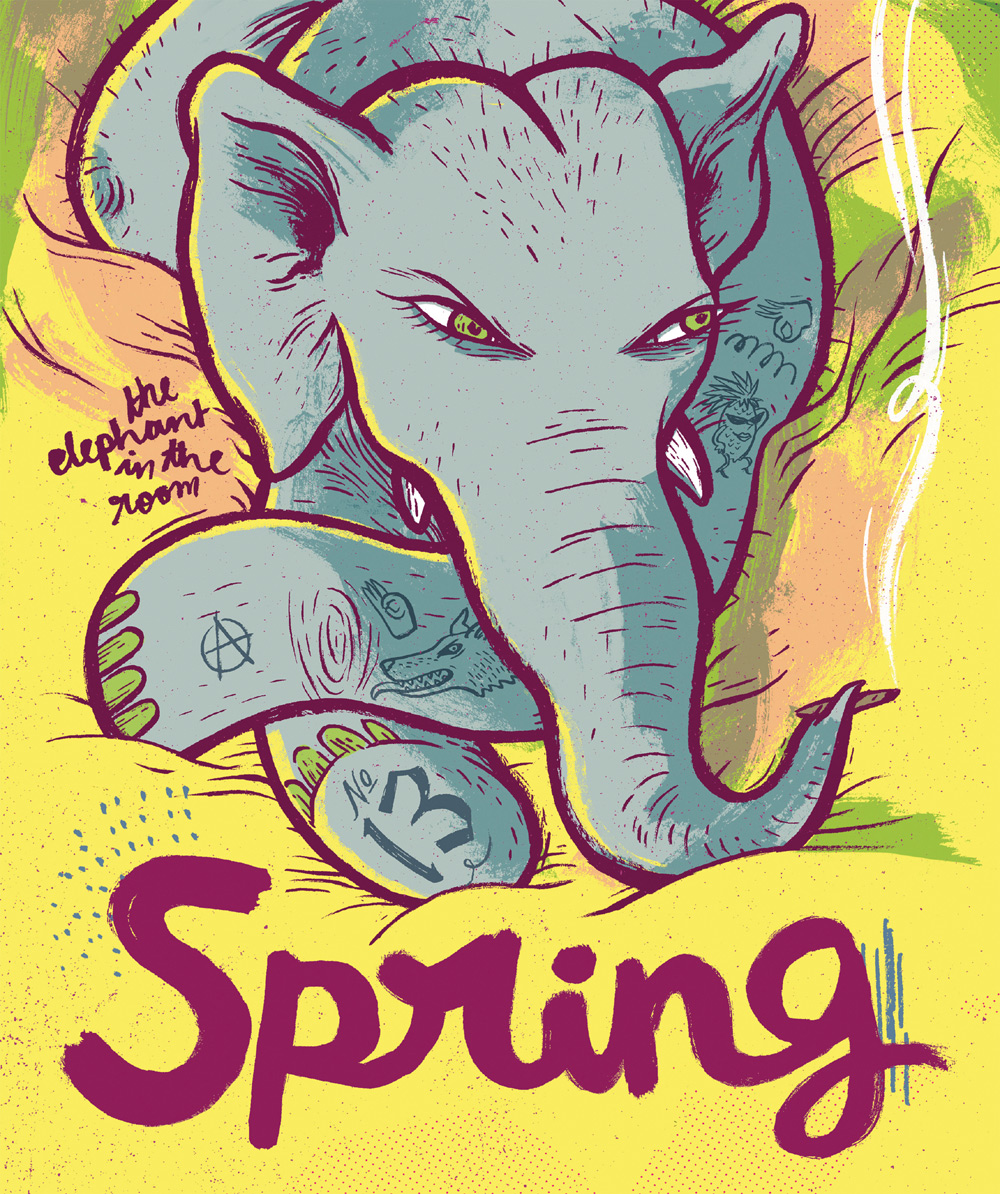 The elephant in the room

India is a land of contrasts—and the rapid pace of globalization’s economic transformation is also affecting women’s position within Indian society. Social relationships change, the love marriage prevails, women make a career in business, politics or culture, the women’s movement is strong. Unfortunately, this is not the case everywhere in India, especially in the village communities, millions of women are still suffering from repression and violence, as we know from the media reports.

Eight German SPRING draftsmen met eight of their Indian colleagues at a writer’s residence near Bangalore and worked with them to compile the current issue of the magazine. In the comics and drawings they talk about life as a woman in different cultures, role models, open questions, sexuality, pride, violence and conflicts. The stories are entertaining and dramatic, personal and universal. Many of them revolve around an often ignored state that hardly anyone dares to address—“The elephant in the room,” as it is called in English.