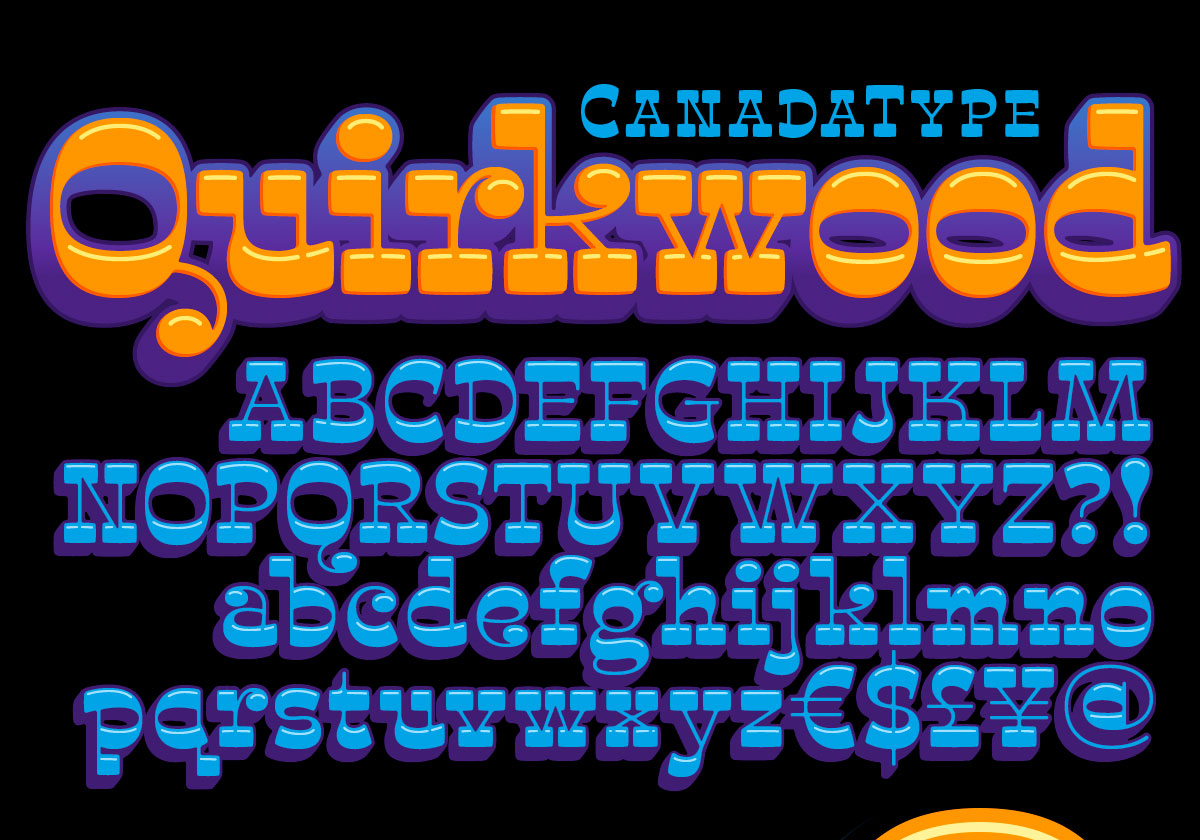 Another day, another typeface! We are happy to introduce you to the typeface Quirkwood — By Canadatype:

Quirkwood was Robby Woodard’s pandemic project. During all the craziness and uncertainty surrounding lockdowns and work-from-home mandates, the veteran designer decided to revisit the classic Egyptienne / Italienne / French Clarendon aesthetic and make it his very own with two extra spoons of fun and a generous dollop of cheer. Quirkwood is what we have after his typographic bender, and we believe our world is all the better for it. This is a spaghetti western with Shazam and Wile E. Coyote cast in prominent starring roles, a bluegrass album of Edith Piaf covers.

By reconfiguring a classic archetype’s DNA and introducing new quirks to it, Robby presents a uniquely sunny and wholesome character with this typeface. The common reversed-stress-slab treatment goes a long way for sure, but there are also plenty of unusual elements working hard in the background here: Ball endings harmonizing with thick soft rectangles, diagonals cutting light into thick softnesses, eager open midsections guiding the eyeballs, strokes thickening into curled serifs just short of swashing out, and giddy extenders bopping along to an eccentric beat. And a horseshoe “U”!

But it’s not only fun and games. Underneath the bubbly appearance, the Quirkwood family is an expert typographic feat that offers plenty of bells and whistles: Contrast-based groupings and weight variation, intelligent contextuality, chromatic layering options verging on graffiti-like possibilities, stylistic alternates, small caps, standard and discretionary ligatures, and other fine typography features. 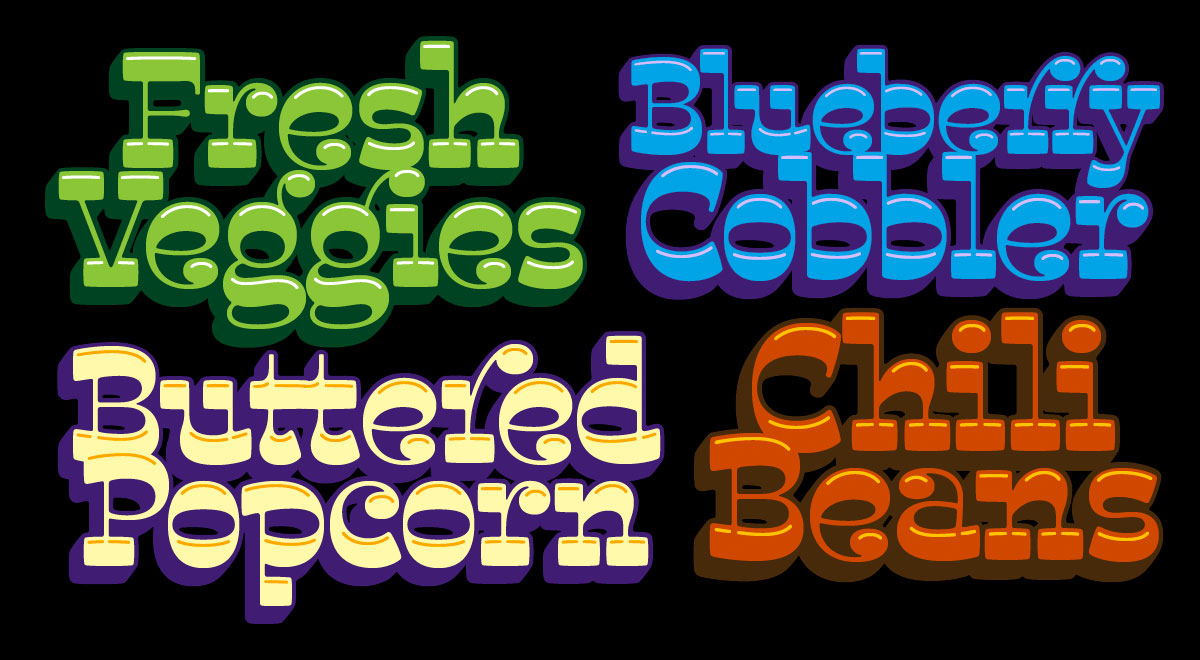 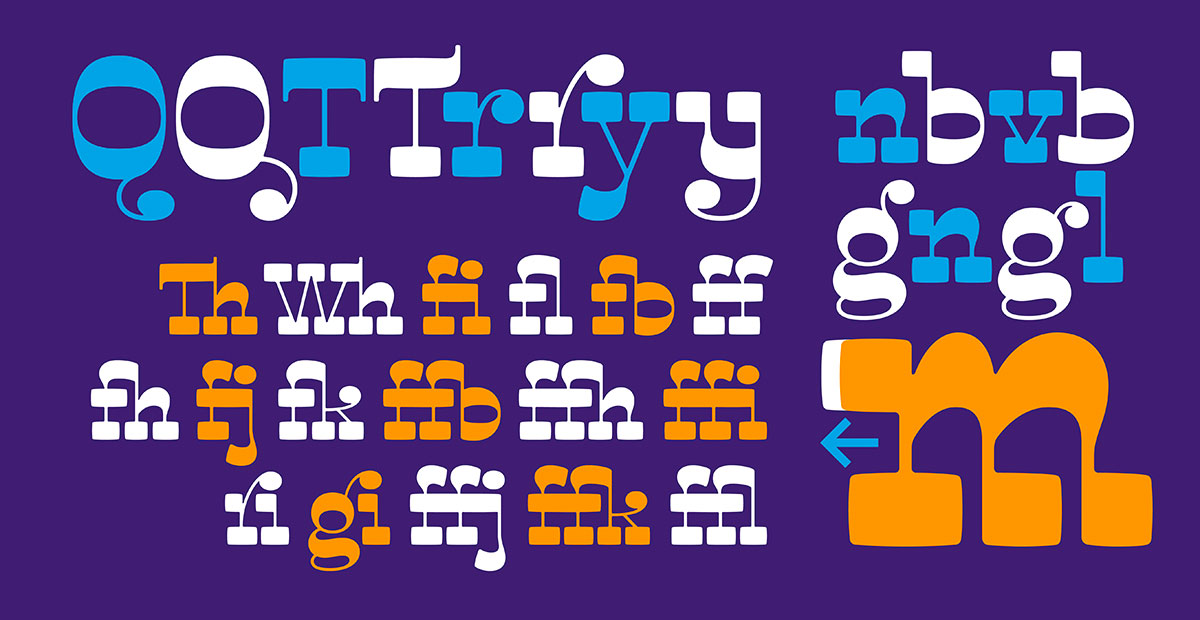 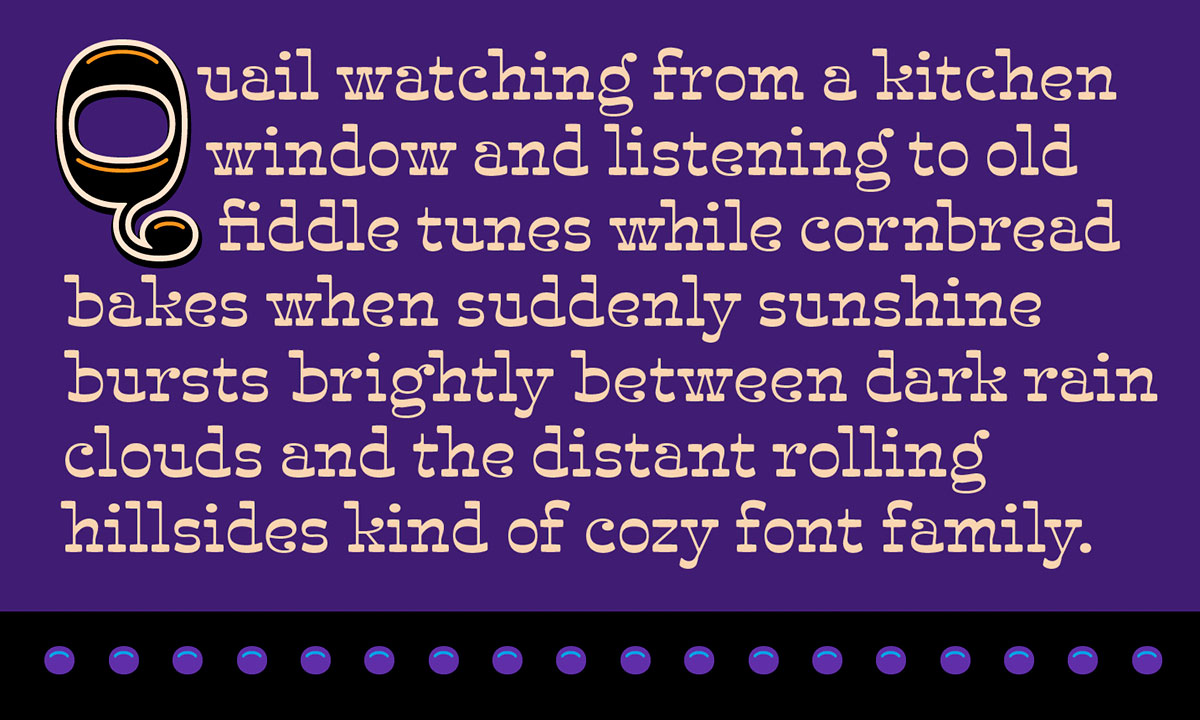