A typeface full of references

Referenz Grotesk by the Typographic Research Lab Open2Type is a contemporary typeface full of references referring to the type design history of Stuttgart State Academy of Art and Design. Its typographic history holds a broad spectrum of shapes and characters, including F.H. Ernst Schneidler (1882–1956), Imre Reiner (1900–1987), Walter Brudi (1907–1987), Kurt Weidemann (1922–2011) and Frank Heine (1964–2003).

Extensive studies about the academy’s typographic history resulted in the new font Referenz Grotesk that includes traces of Weidemann’s Corporate as well as calligraphic hints that link to Schneidler’s Stuttgarter Schule (Stuttgart School) where writing played an important role during the form finding process. For the regular text fonts these features are integrated in a subtle manner whereas several alternative glyphs pick up more expressive forms that open up a broad range of visual expressions. 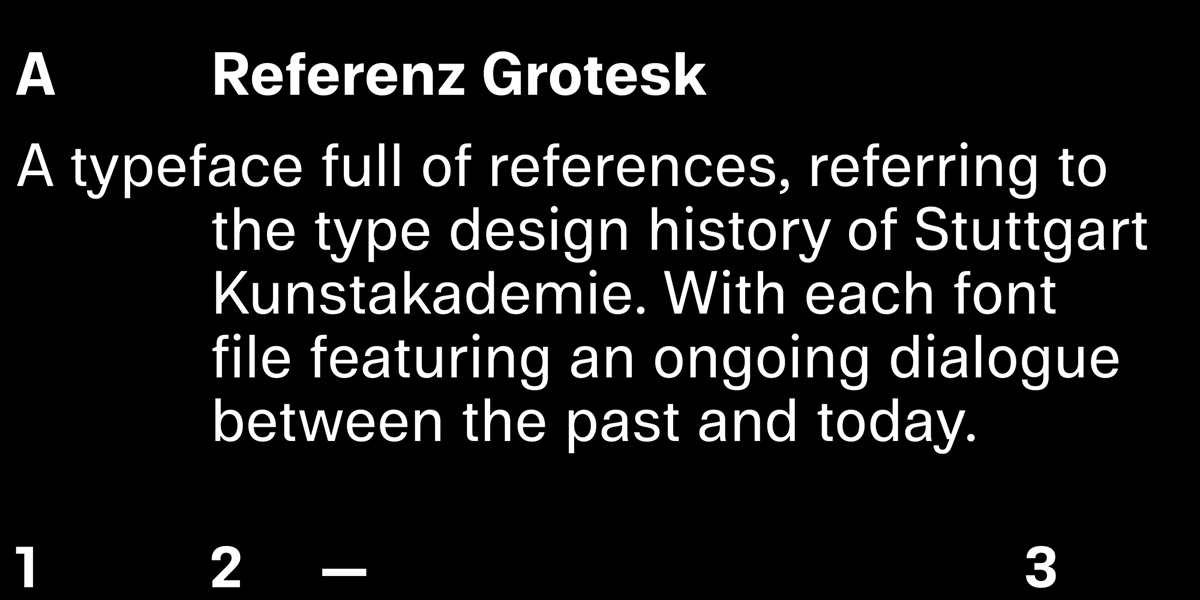 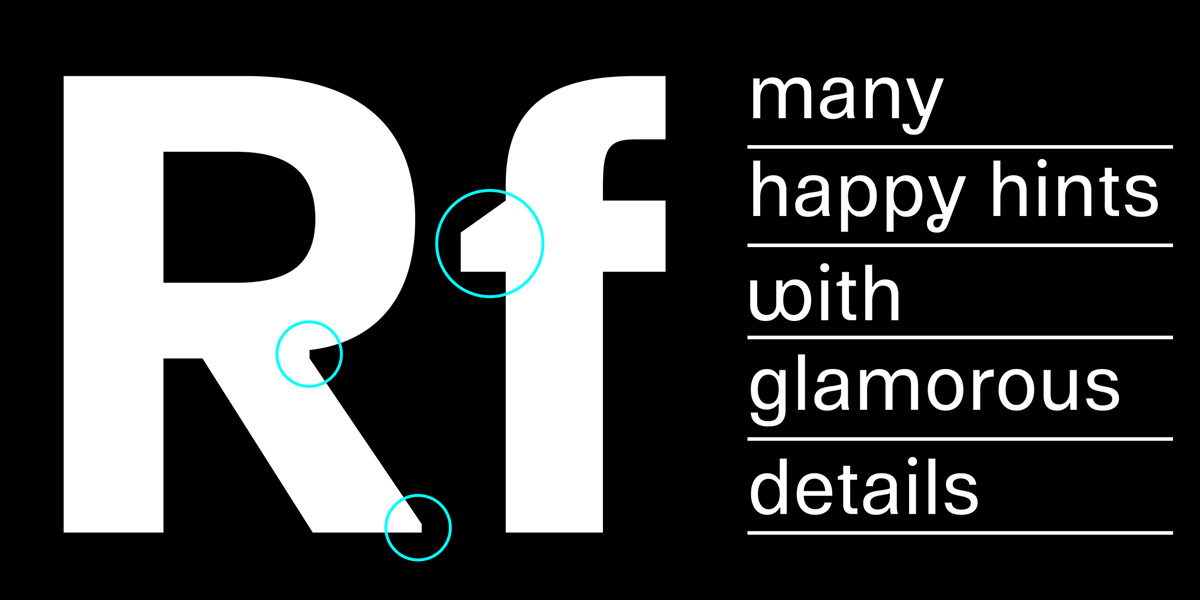 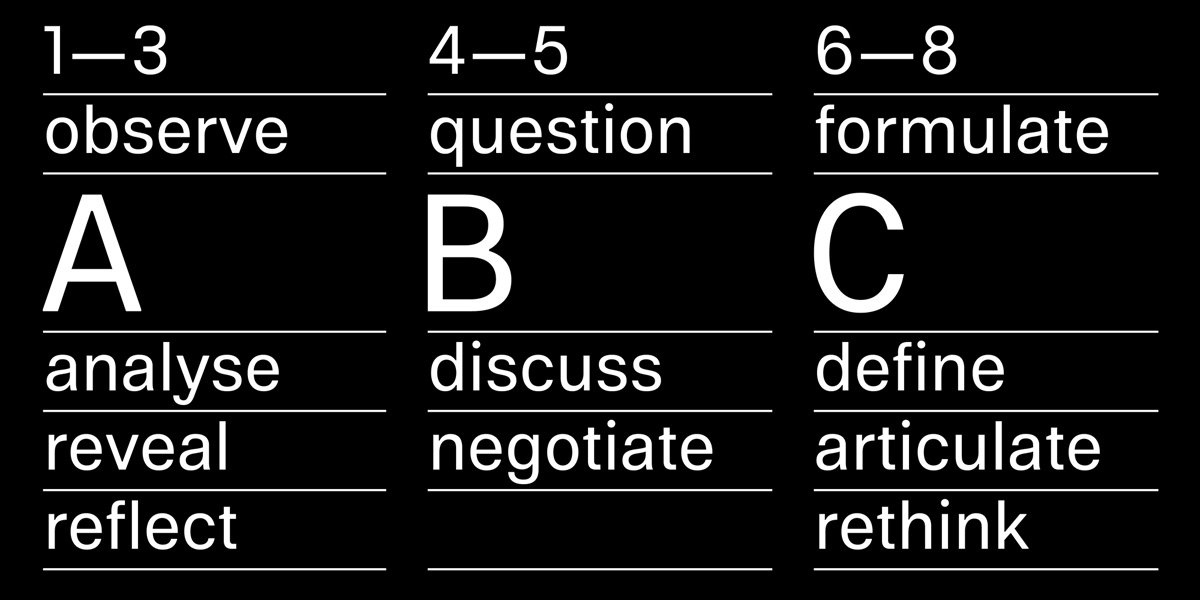 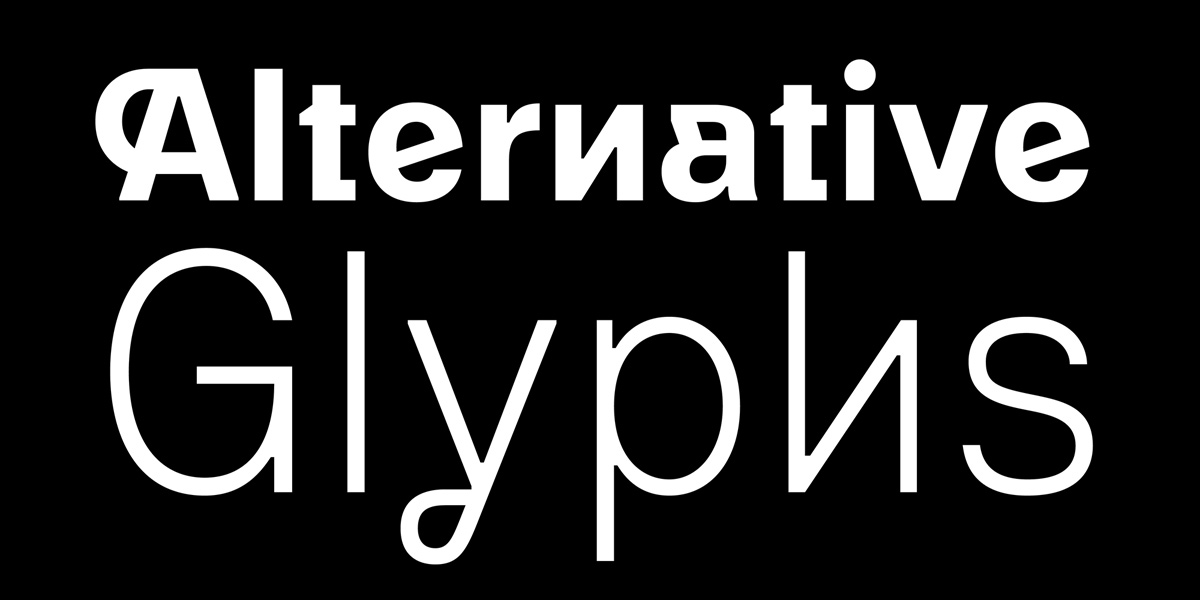 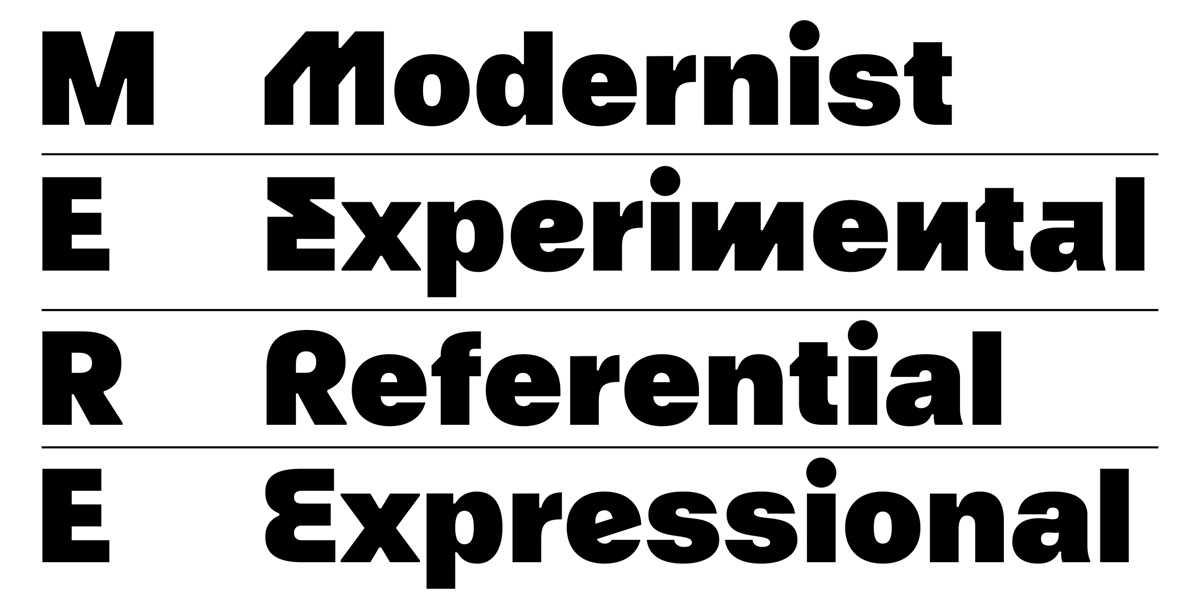 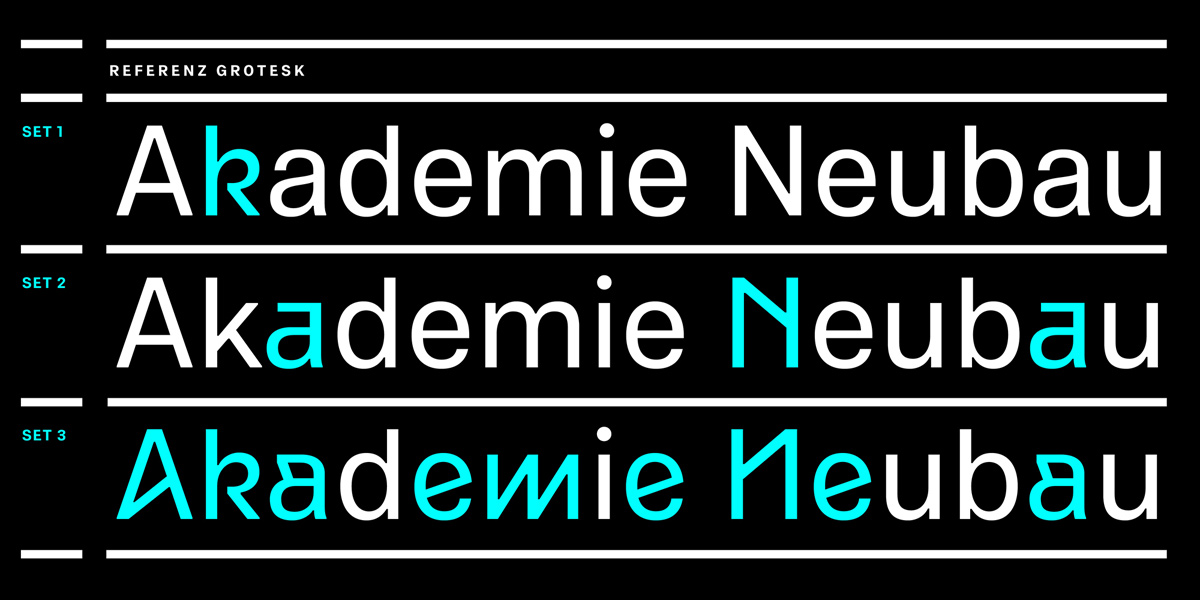 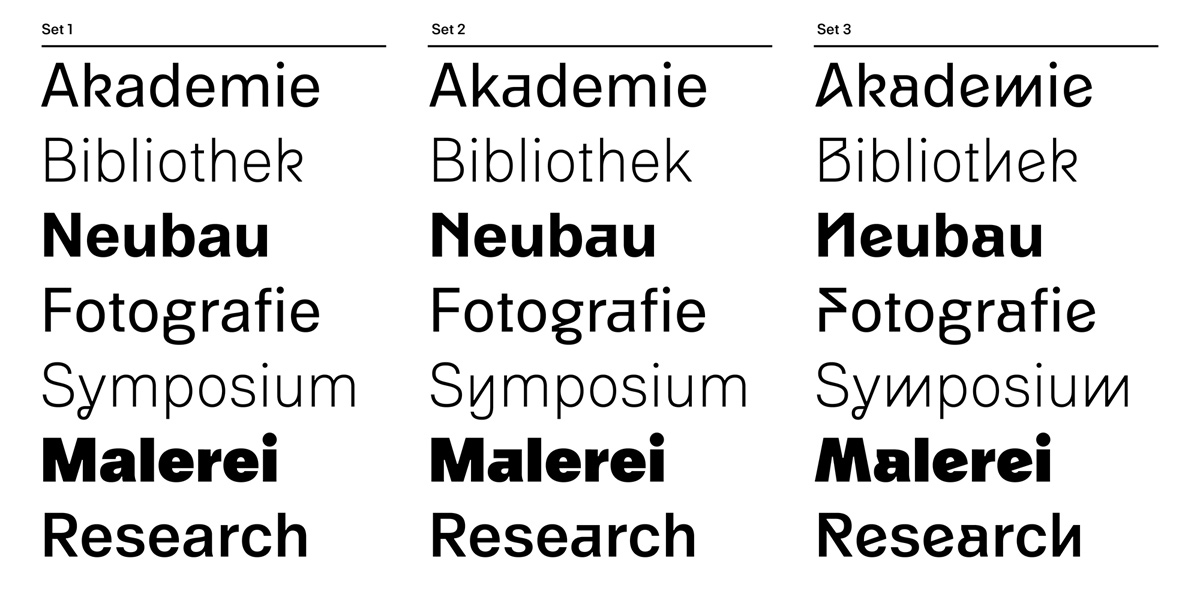 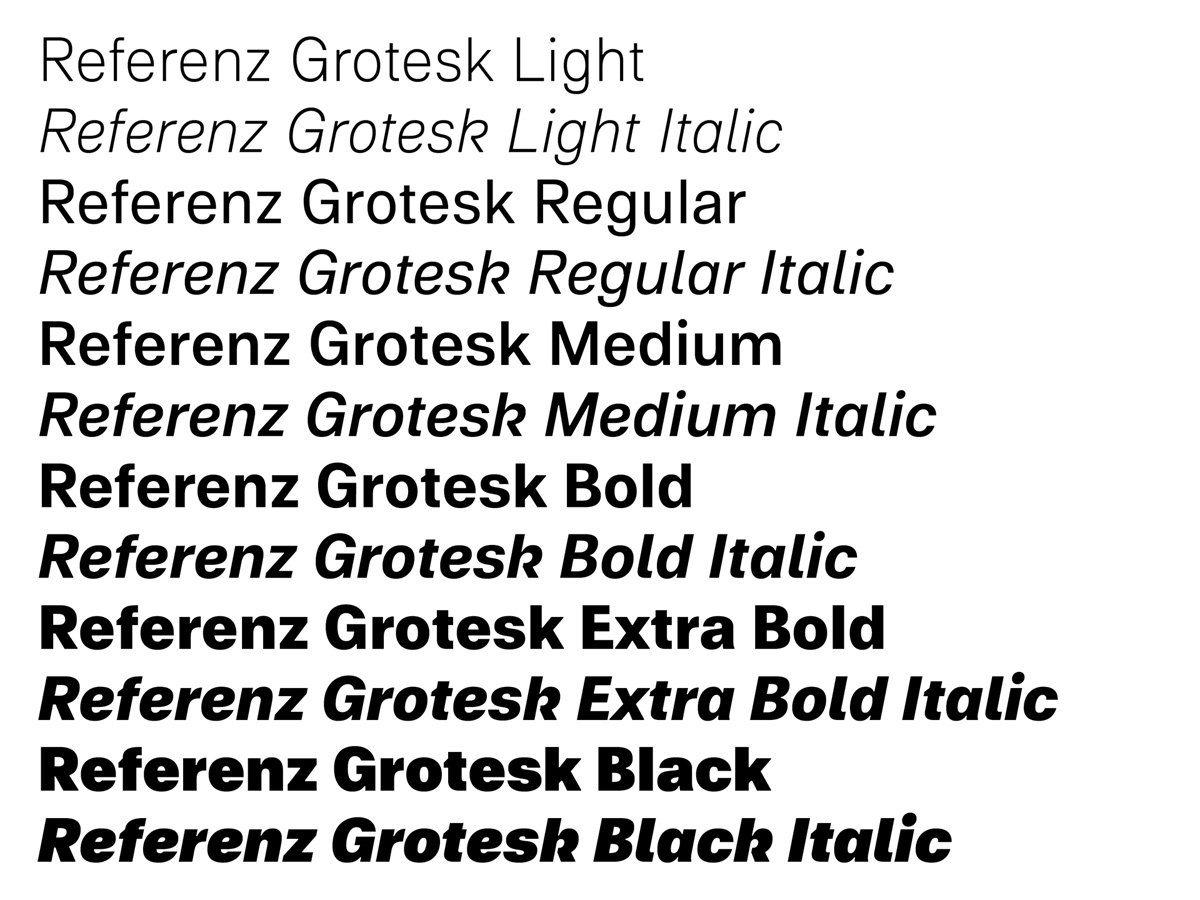