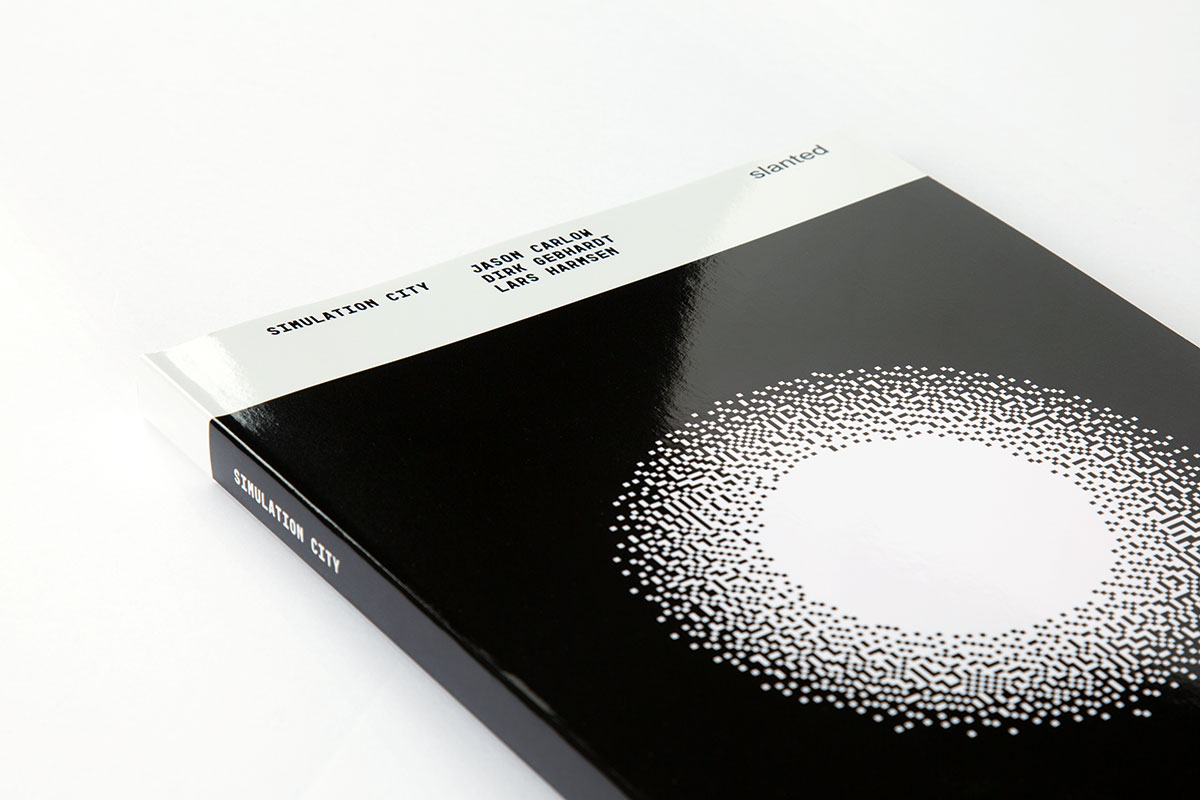 We are happy to announce the release of our new book Simulation City, an artistic approach to the feeling of Dubai by Jason Carlow, Dirk Gebhardt, and Lars Harmsen.

Dubai, in its newness, has redefined the notion of authenticity: city and spectacle have been intertwined. Mall culture, airports, and theme parks may seem strange and vacuous in other cities, but in Dubai, they are the essence of life.

Shortly before the outbreak of the global pandemic, Dirk Gebhardt and Lars Harmsen visited Dubai. Nowhere in the world had they seen drama and comedy so powerfully together as in Dubai’s theme parks. In the drive to bring more tourists to the UAE, develop the real estate industry, and retain a huge labor force of expatriate workers, Dubai itself resembles and operates in many ways like a theme park.

In his essay Simulation City: The Theming of Dubai Jason Carlow explores the uncanny atmosphere of spectacle, spatial control, and remarkable societal and cultural overlaps and adjacencies that have become an integral part of life for many residents of and visitors to contemporary Dubai. 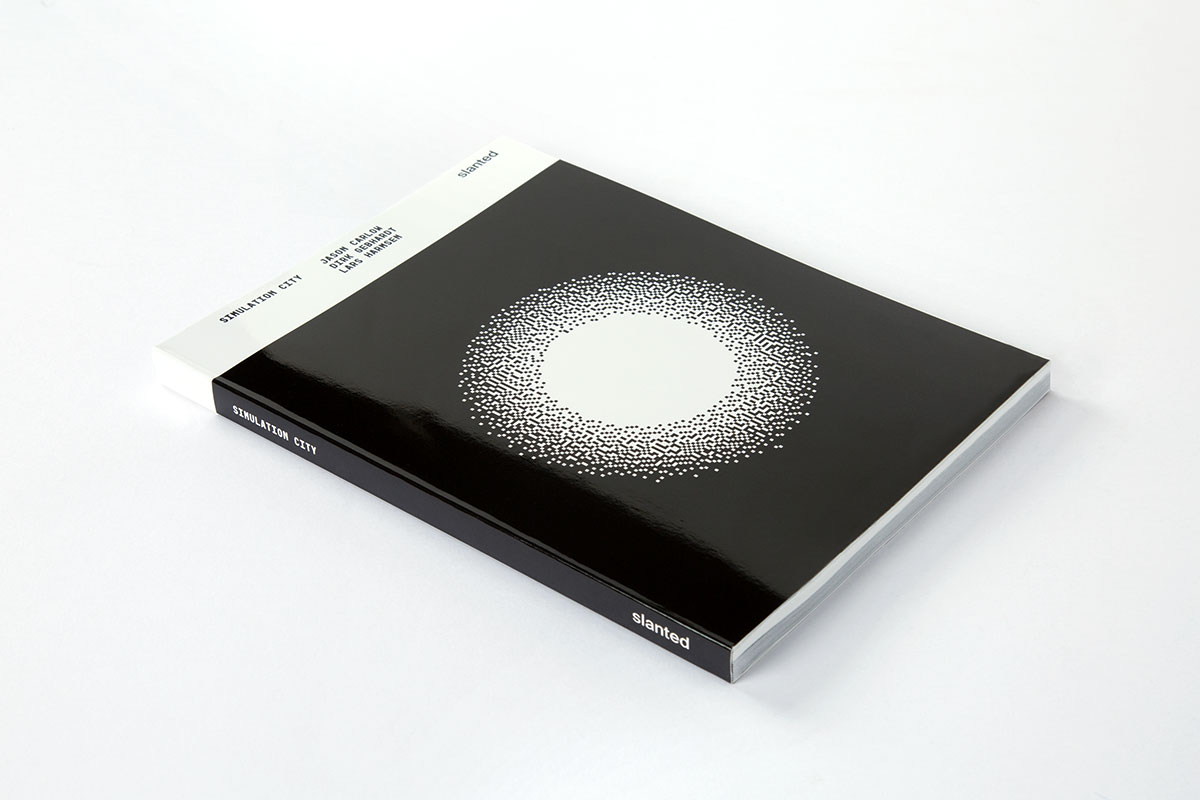 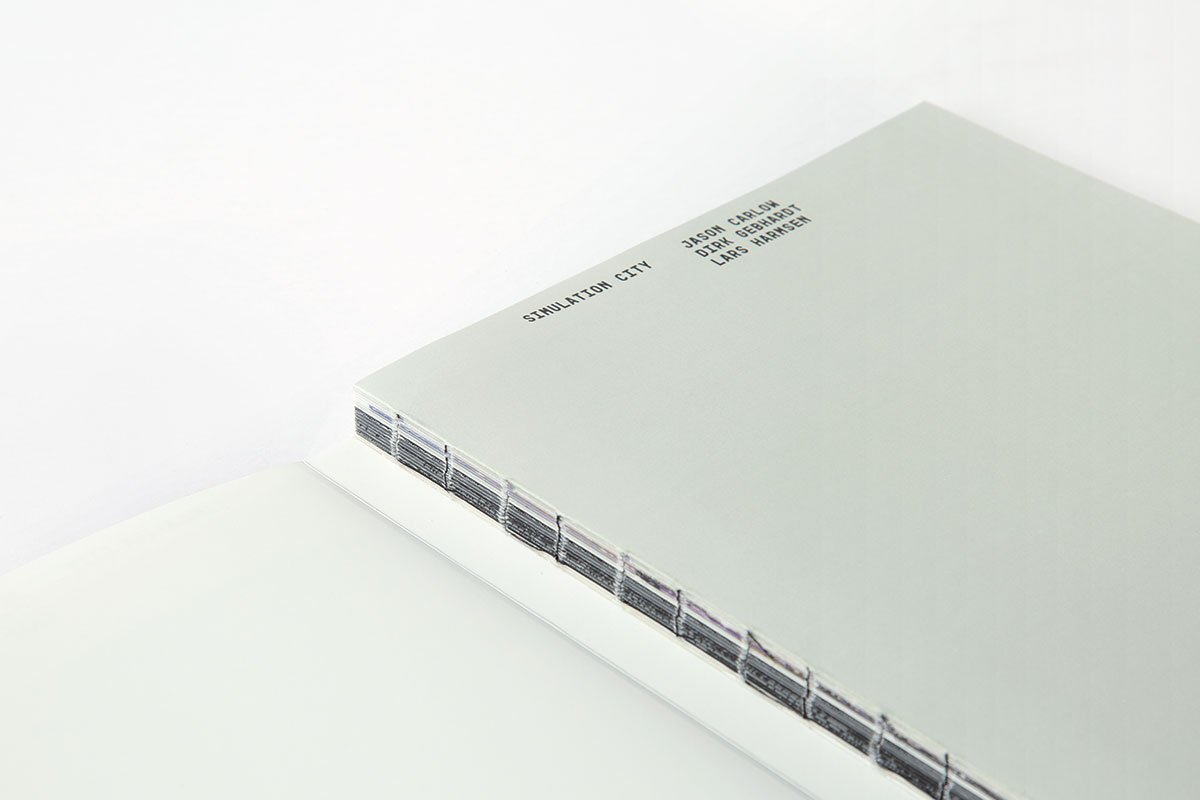 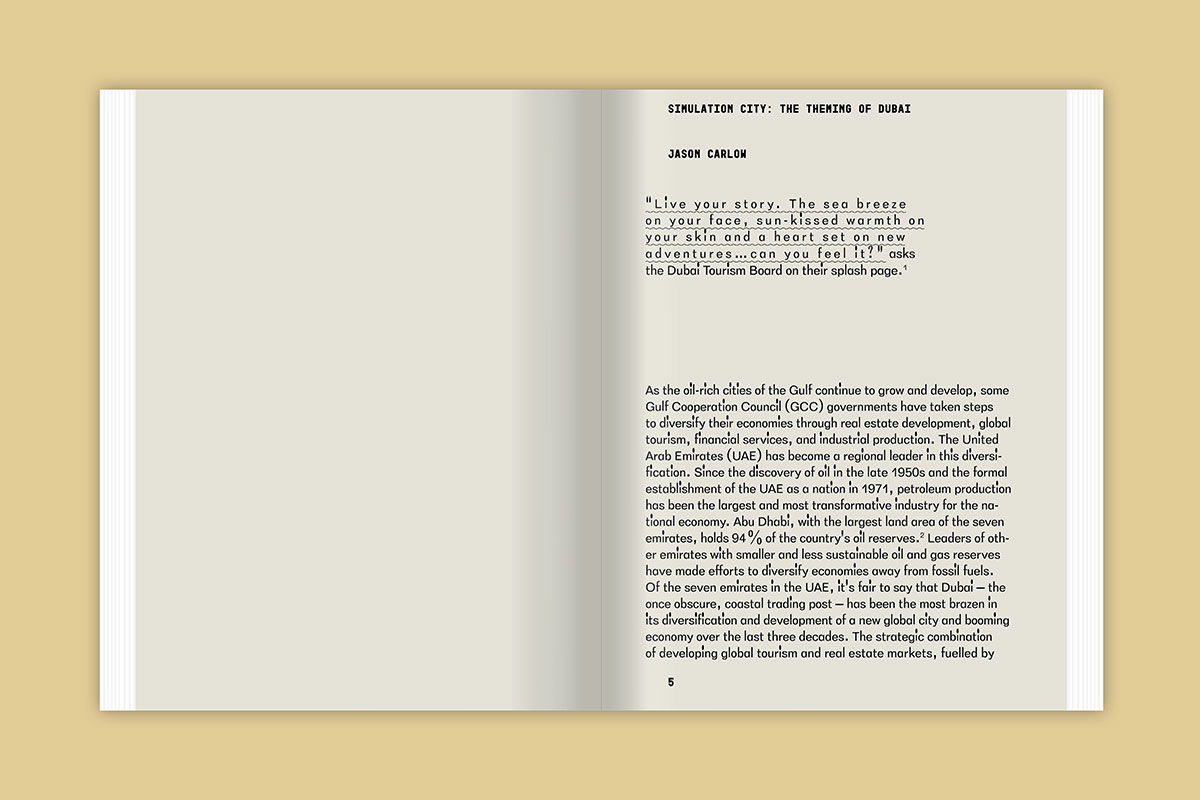 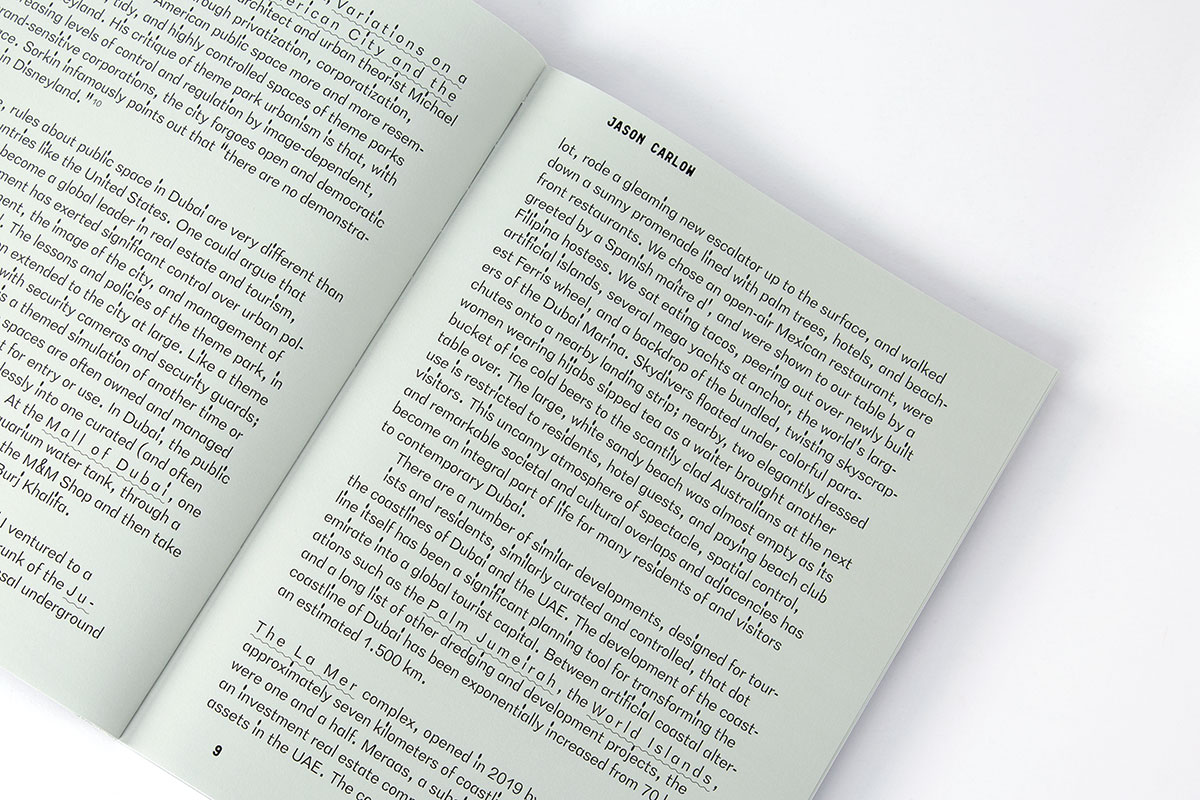 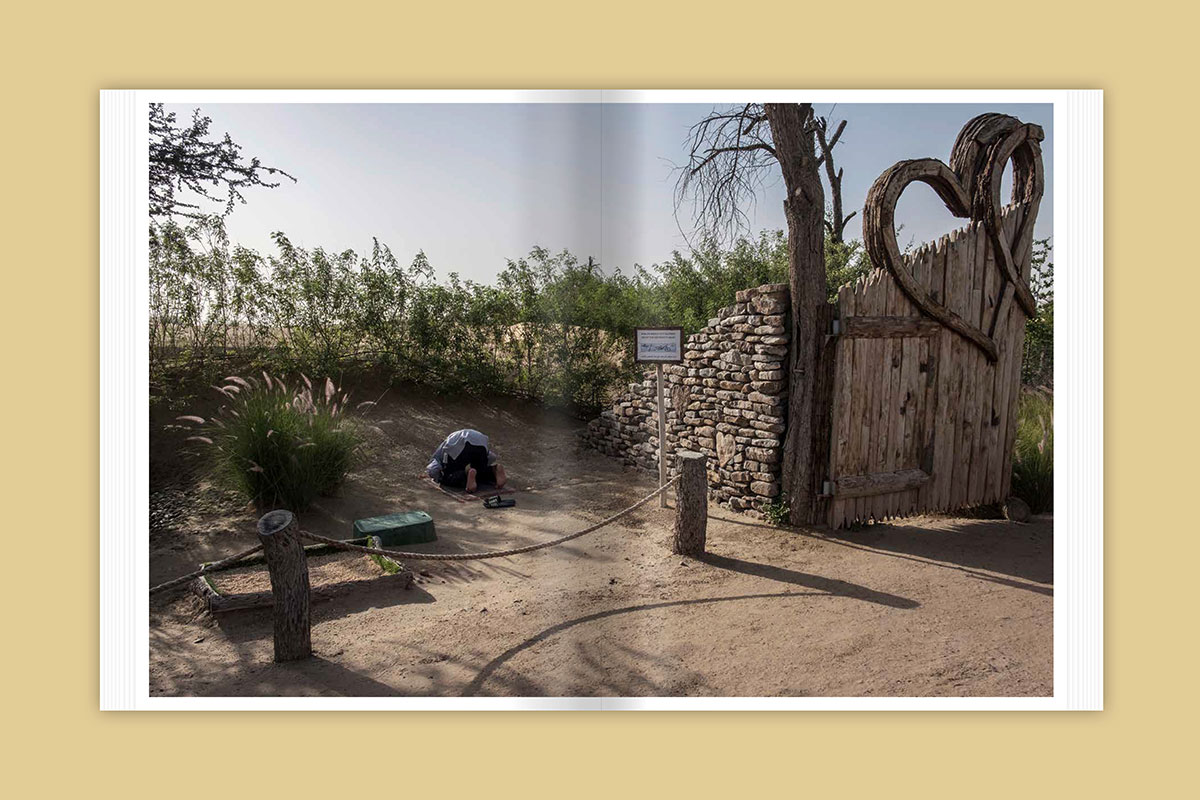 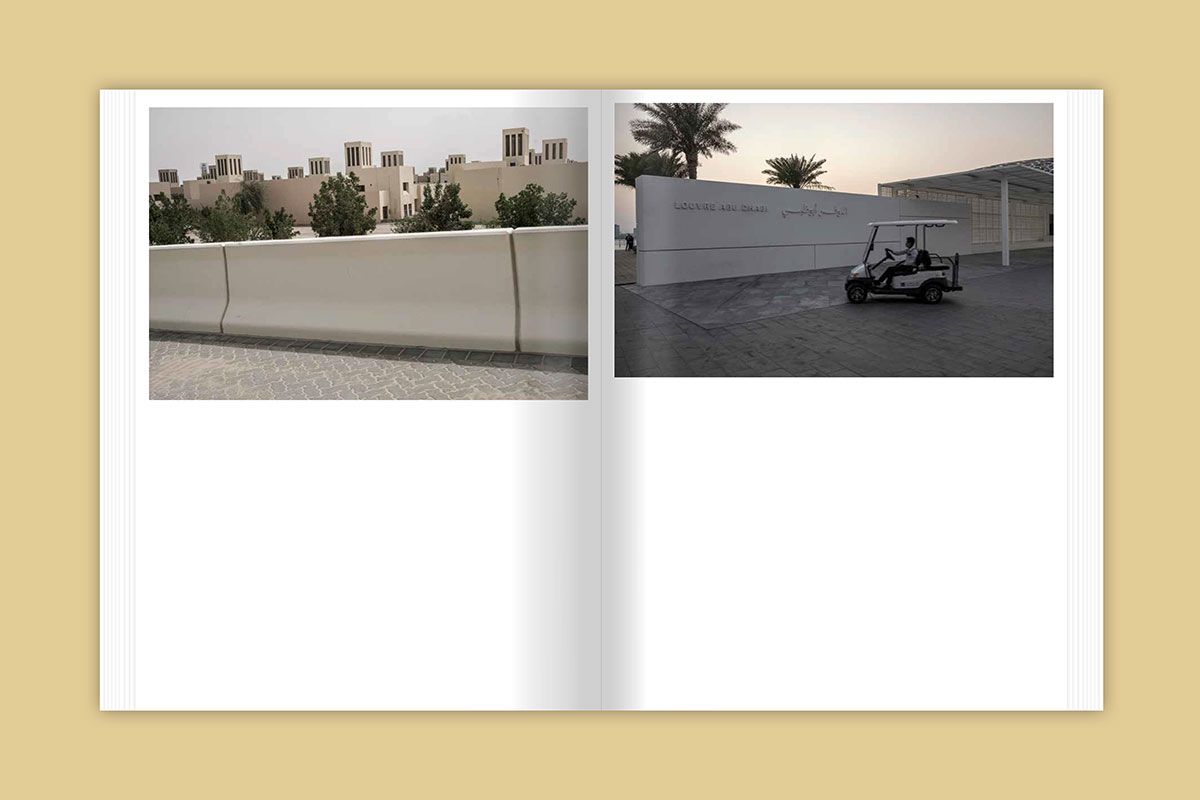 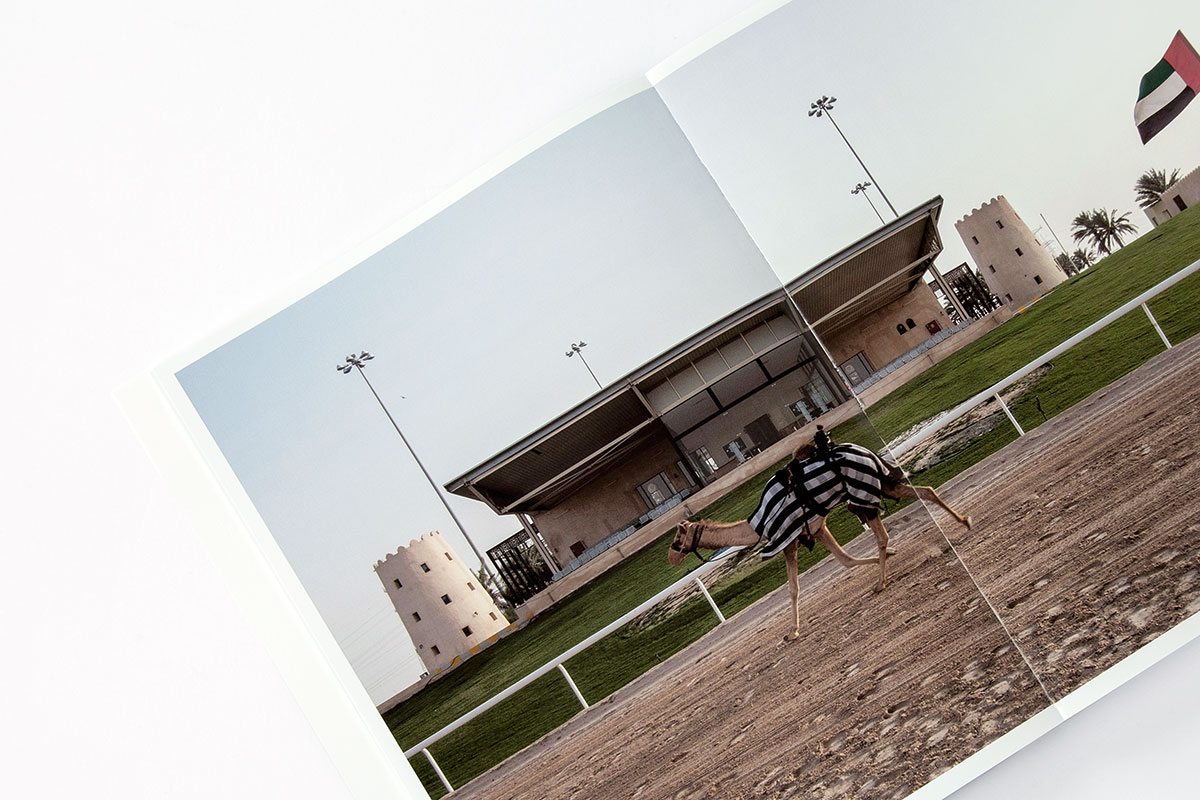 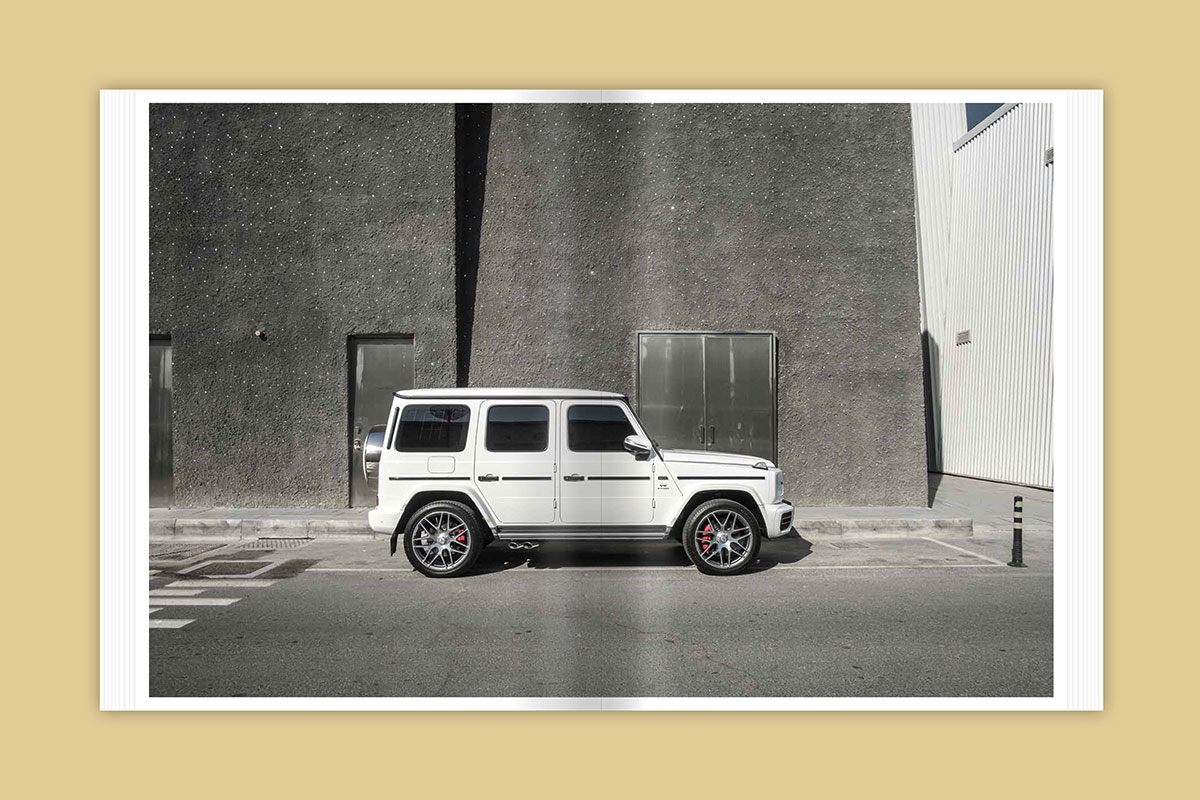 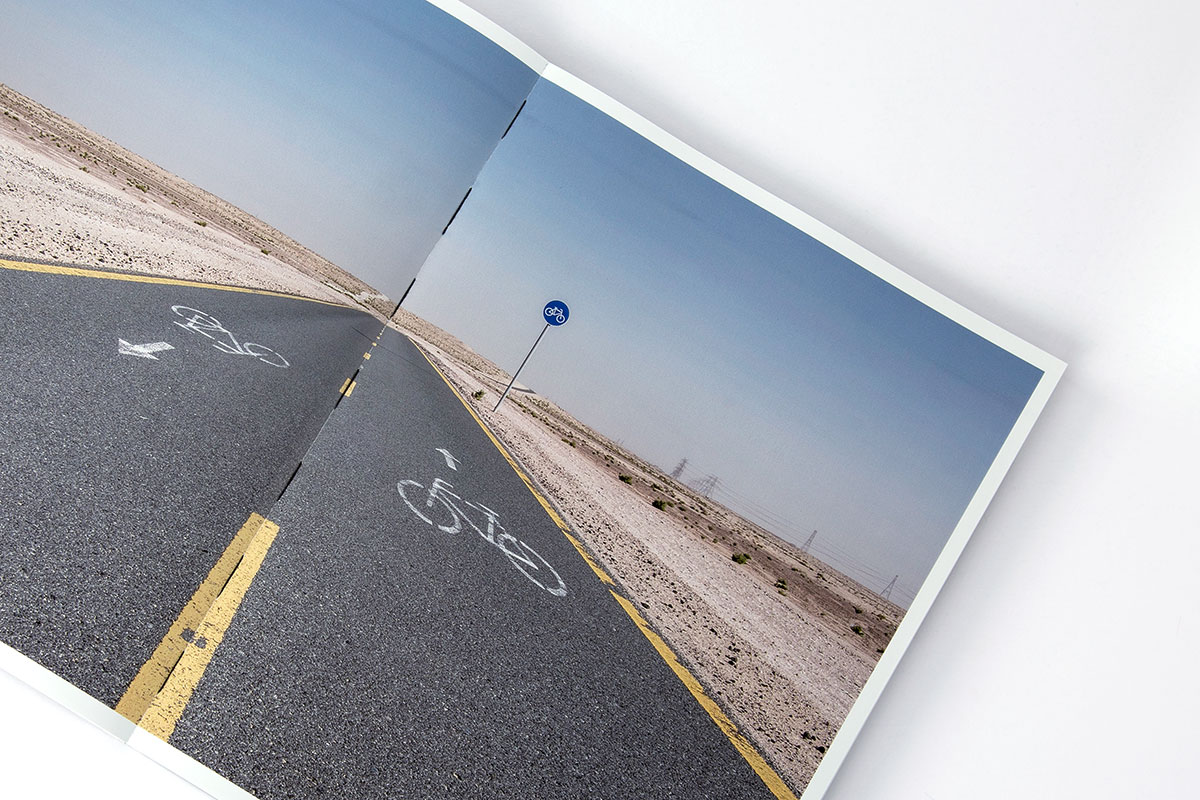 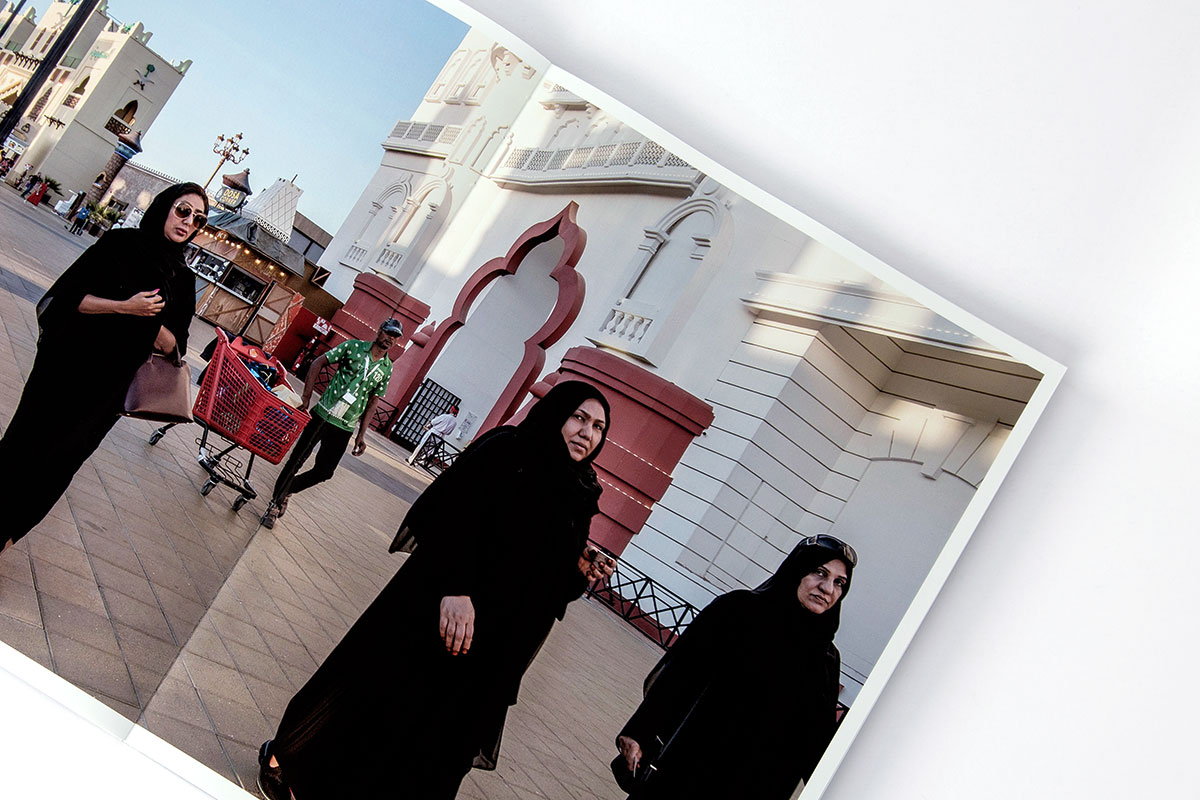 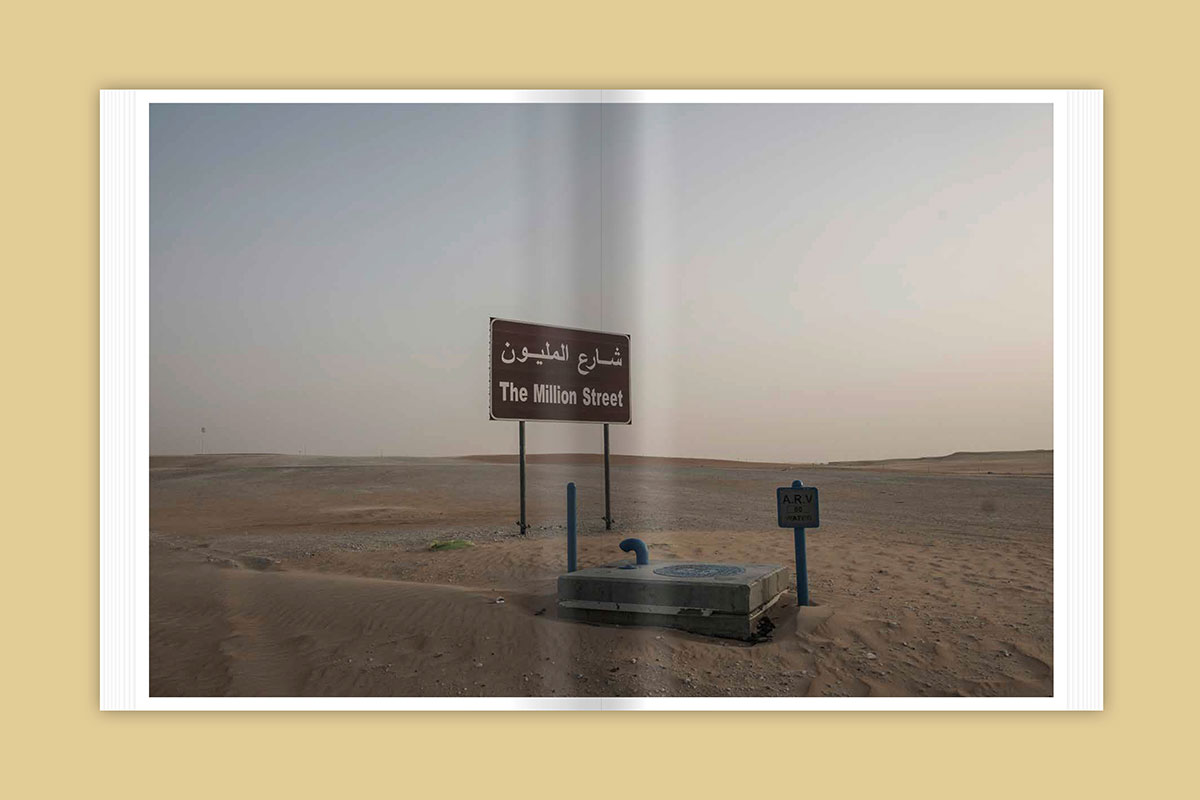 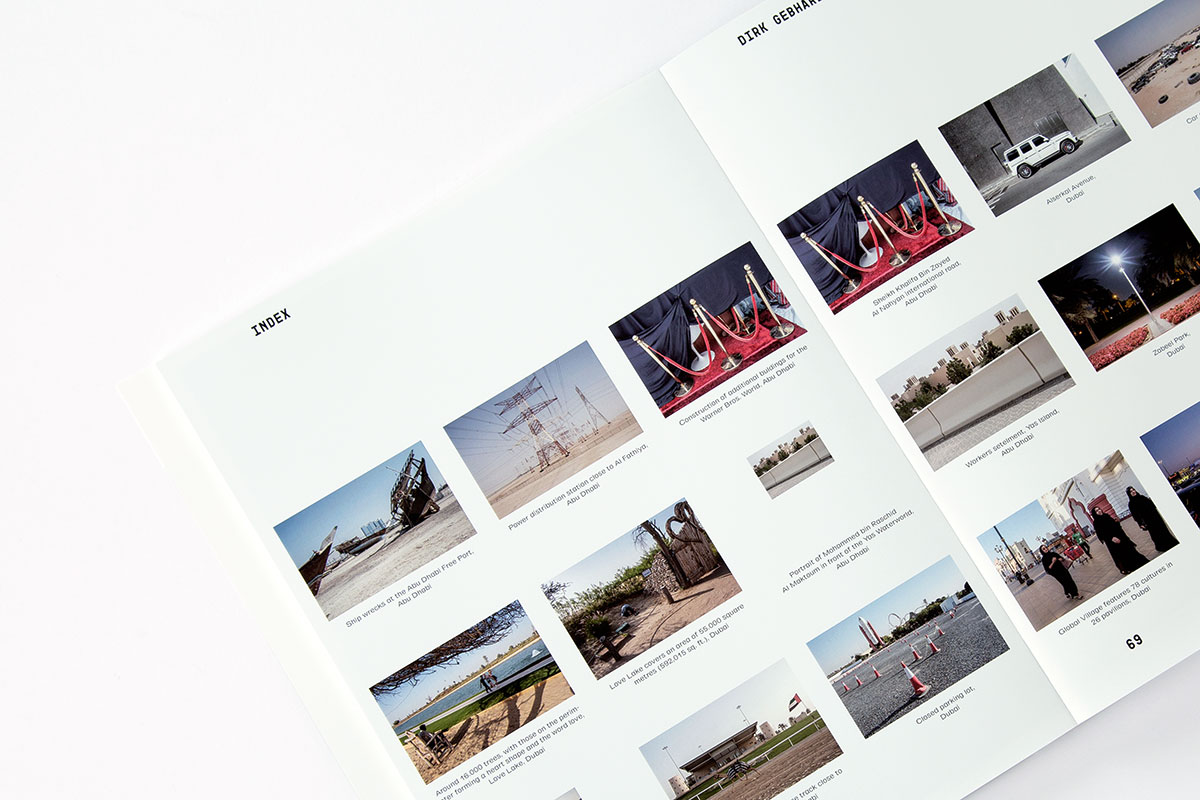 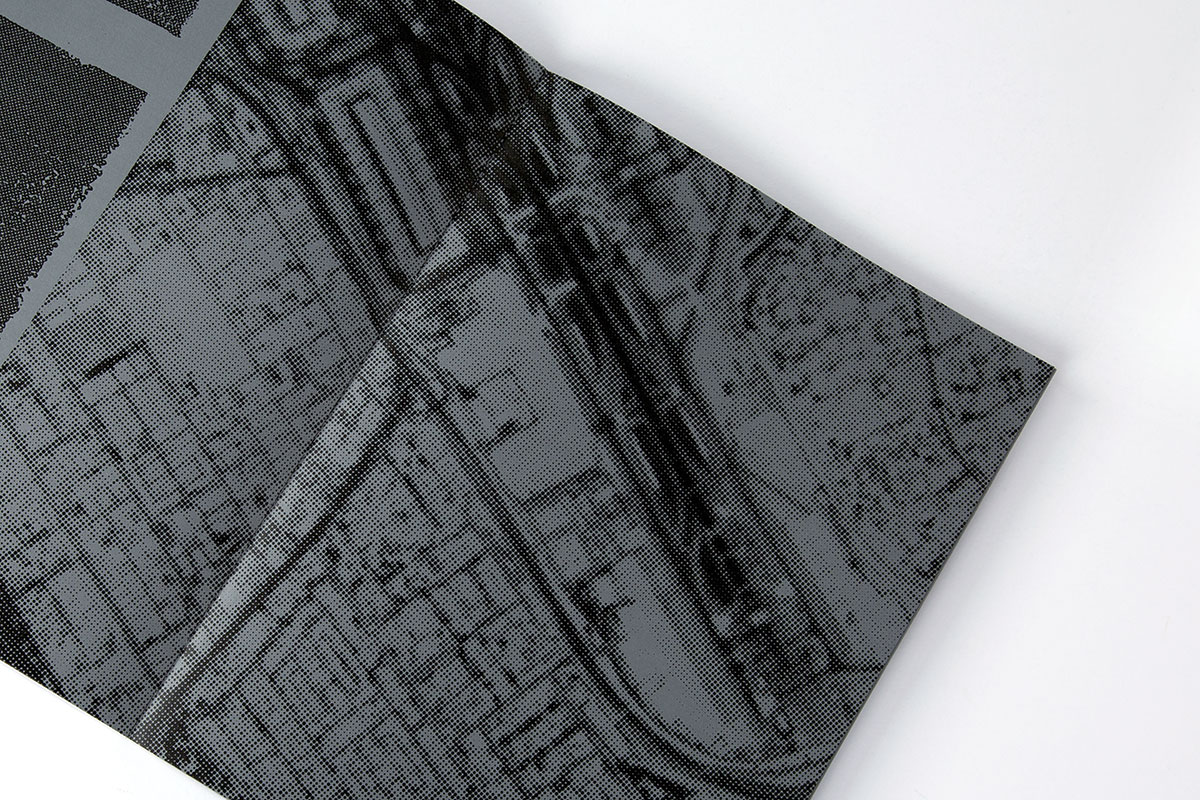 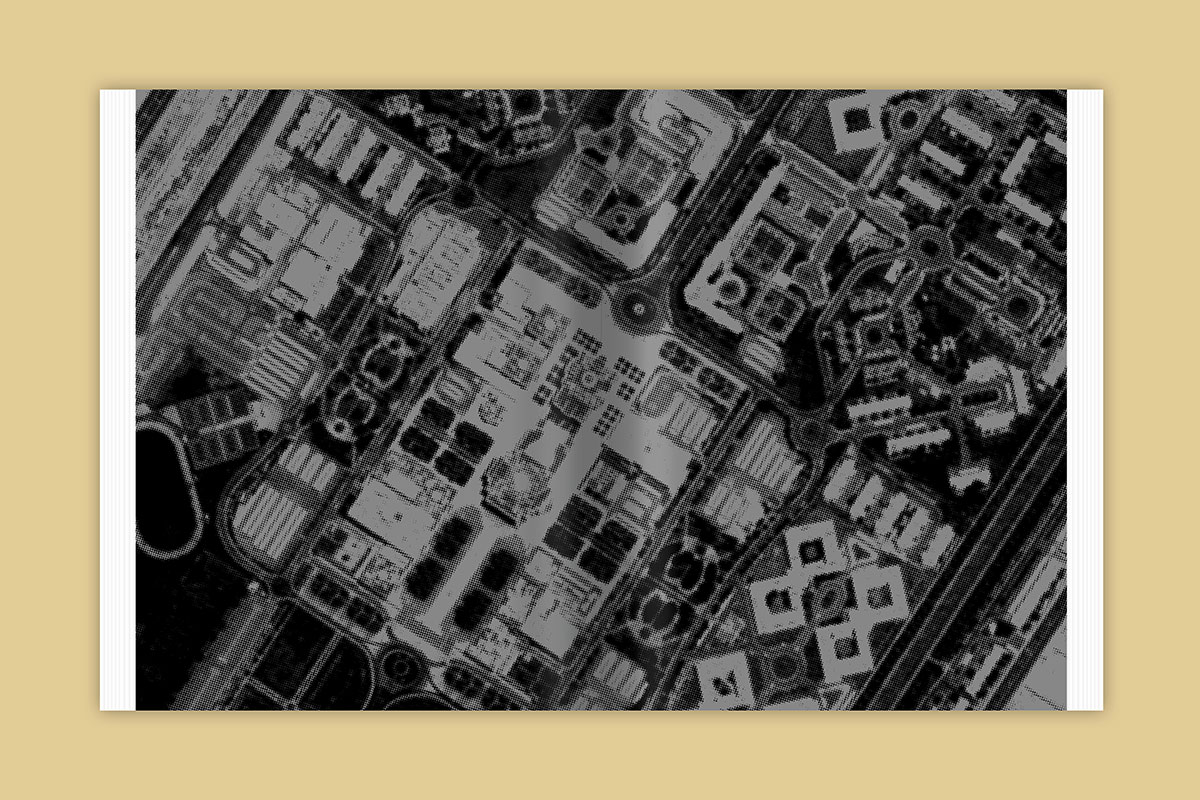 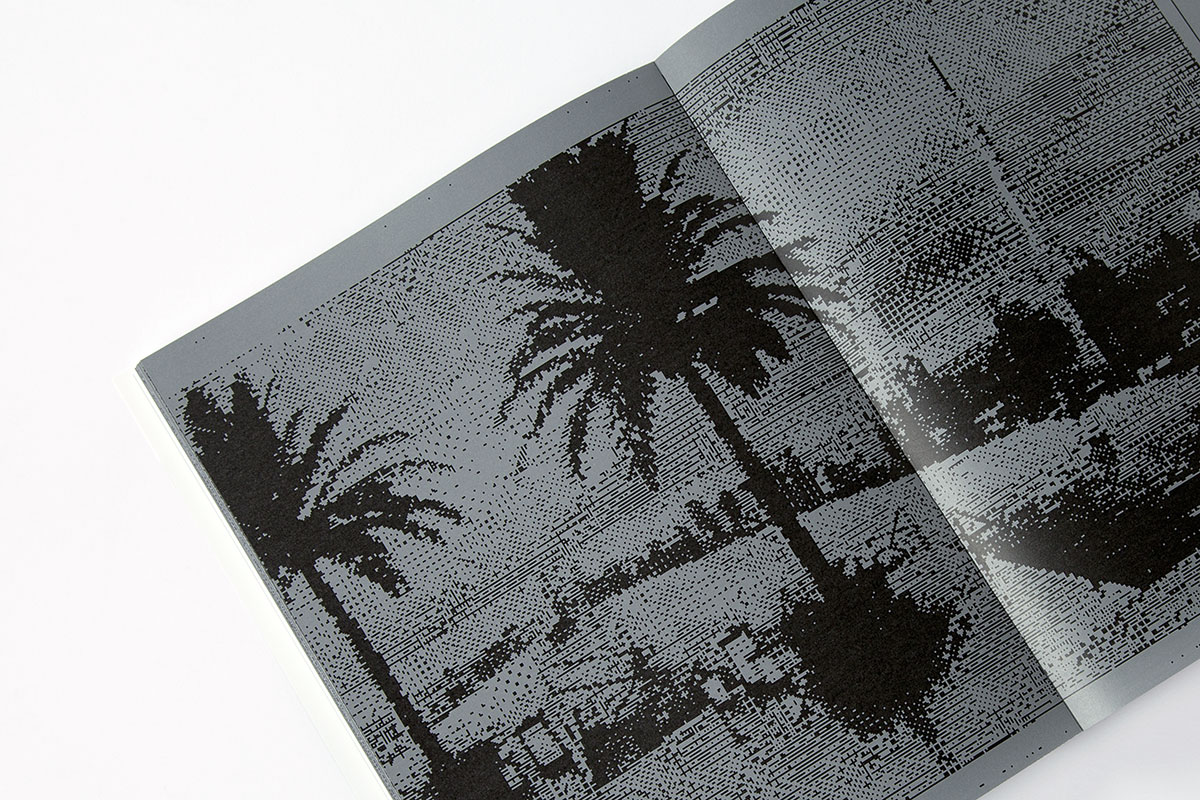 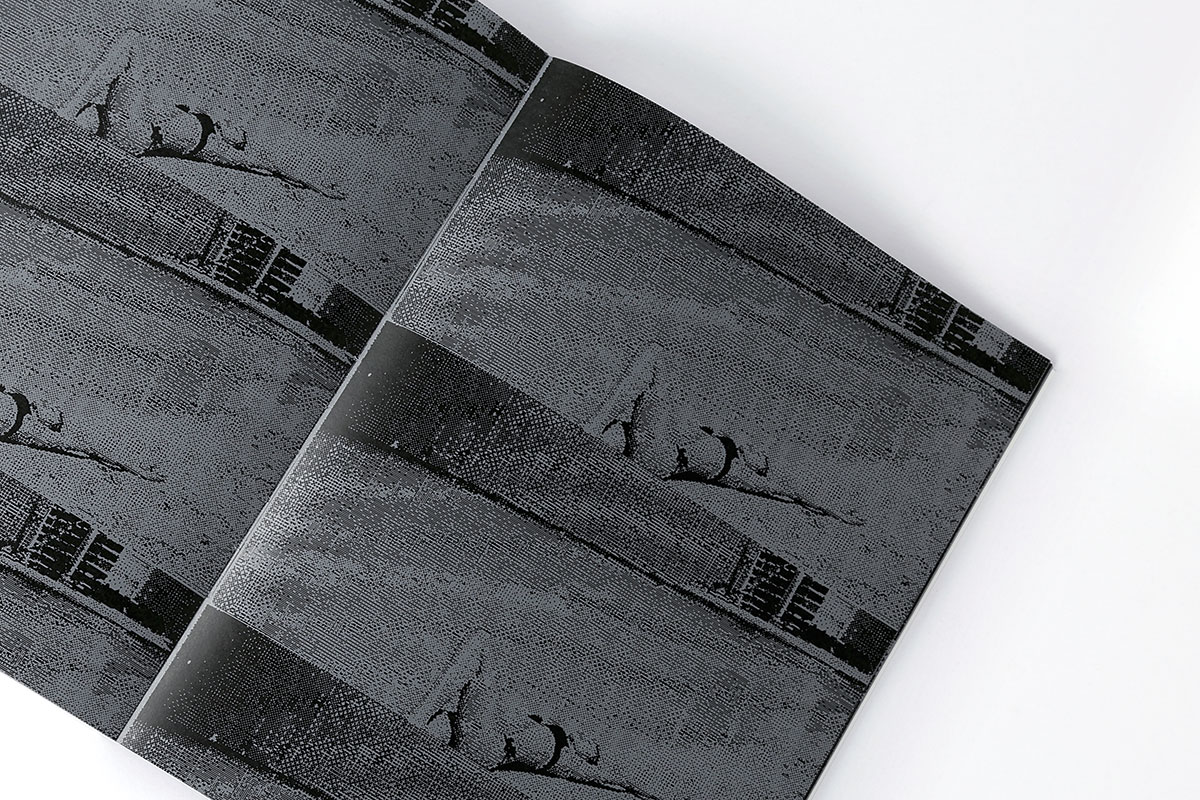 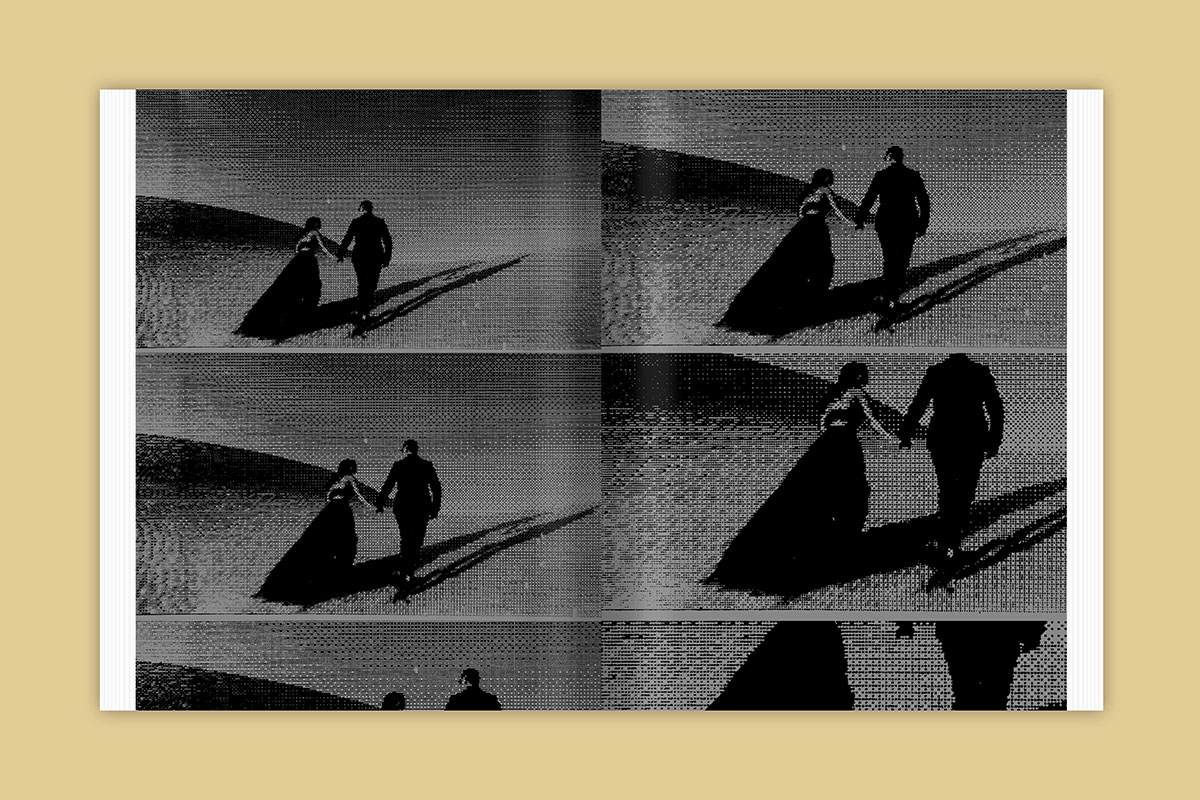 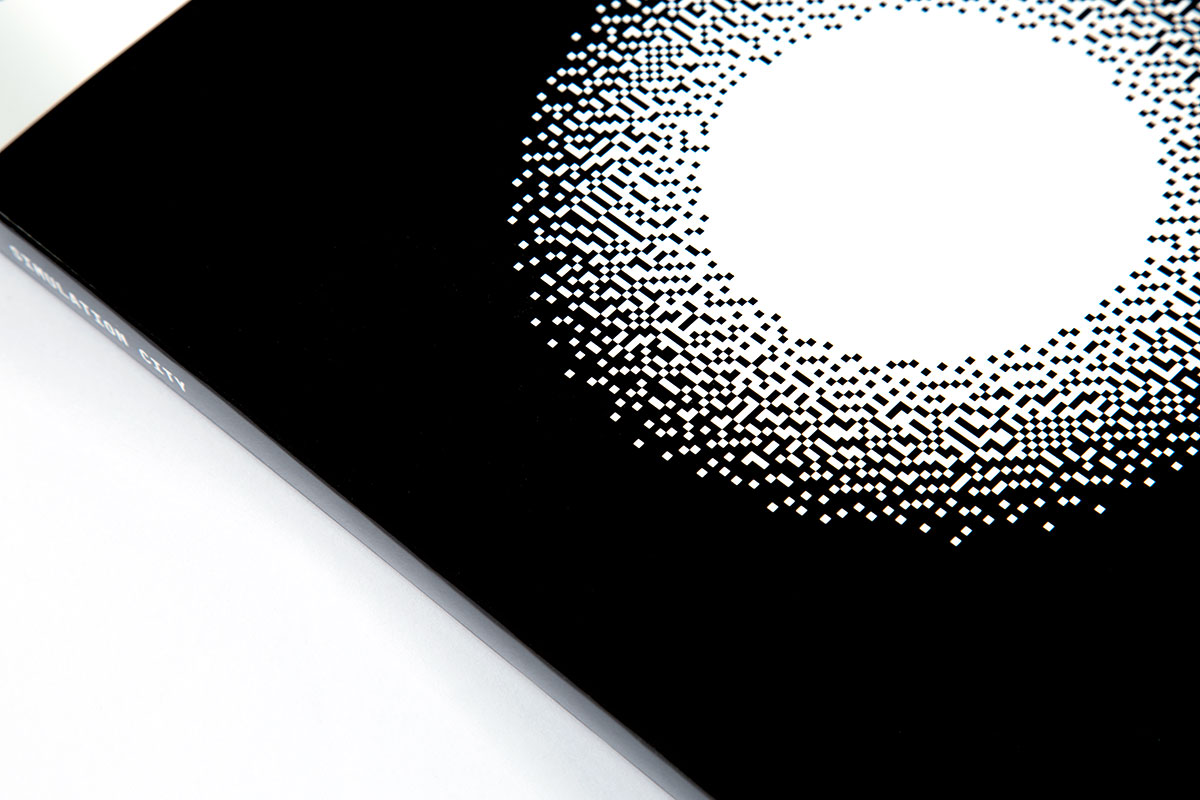