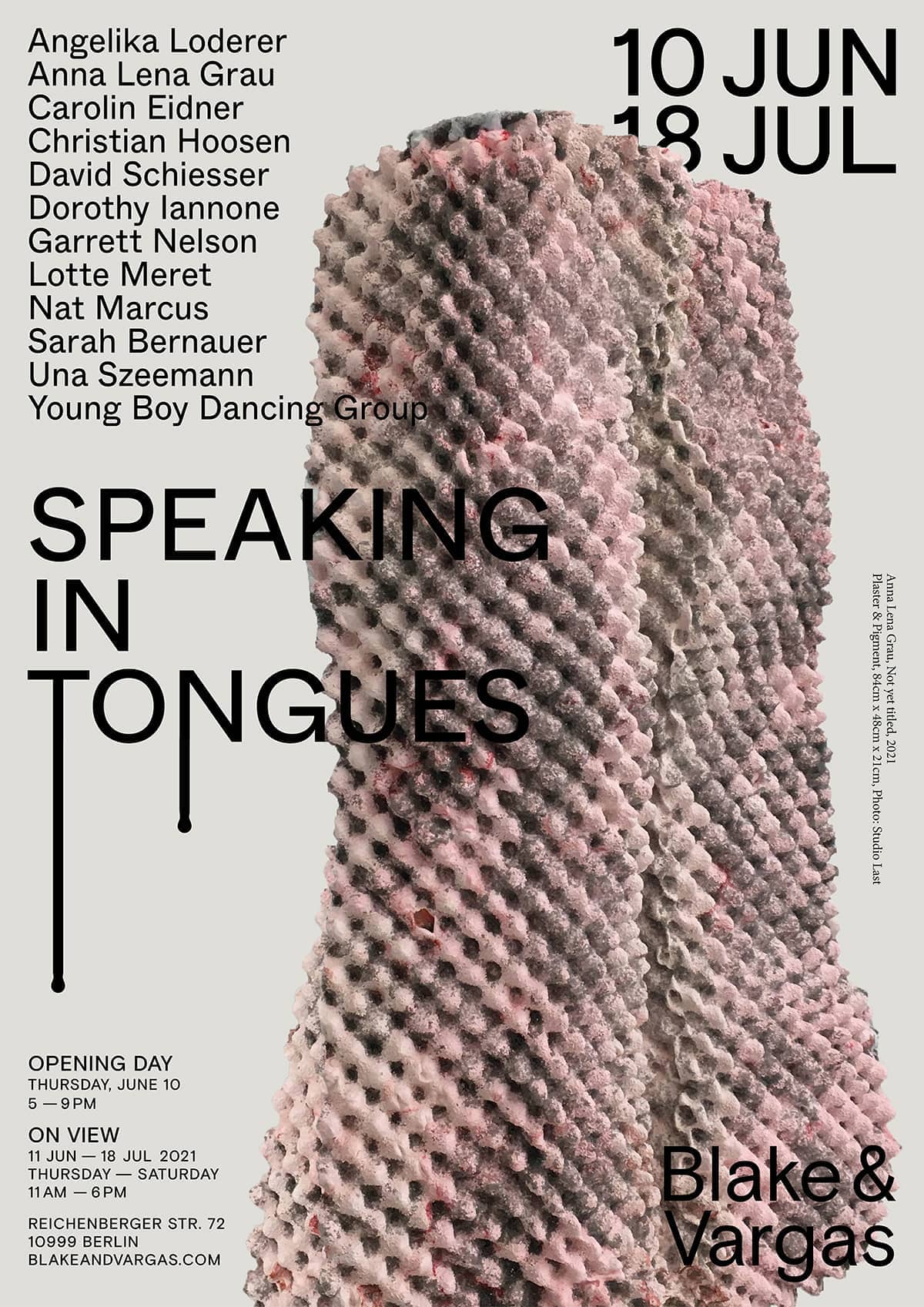 The Speaking in Tongues Group exhibition at Blake & Vargas brings together work by artists who explore the body as a transformative vessel. Studio Last has designed three different posters for the exhibition.

Speaking in Tongues, also called Glossolalia, refers to the act of speaking in an unknown language. With his vision of a new theater, the Theater of Cruelty, Antonin Artaud wanted to dissolve the boundaries between art and life, stage, and audience. Instead of classical narration and dialogue, he experimented with movements, sounds, and utterances in an imaginary language. His last work, the 1947 radio play To be done with the judgment of god, begins with glossolalia, and ends with the proclamation:

“When you will have made him a body without organs, you will have freed him from all his automatic reactions and given him back his true freedom.” Torn by the dichotomy that the body is both body and mind, Artaud desires a body that is not defined by the needs and functions of its organs.

In A Thousand Plateaus (Deleuze / Guattari, 1980), Gilles Deleuze asks the question, “How does one make a body without organs?” A body without organs creates and forms itself from the infinite possibilities of its virtual potential, independent of its organism. The body without organs operates in the free flow of its intensities, desires, and language. In exchange and intermingling with other bodies, it constantly renews itself.

The collective body in Speaking in Tongues, composed of the individual works in this exhibition, can be read as an artistic exploration of a body without organs. This imaginary body reveals itself without solidifying, constantly reshaping its contours. Through its permeable surface, it is able to merge with other bodies. Speaking in Tongues, the language of his body emerges as he speaks equally inwardly and outwardly. 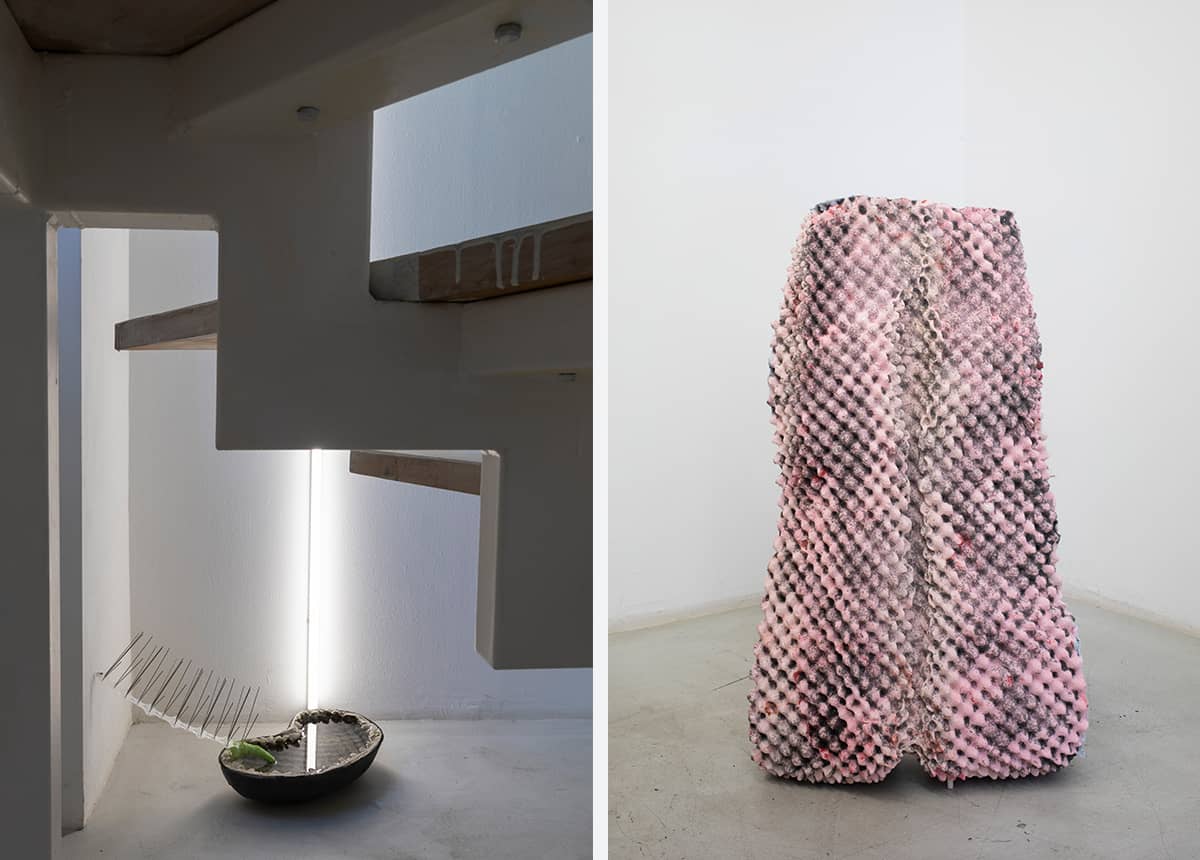 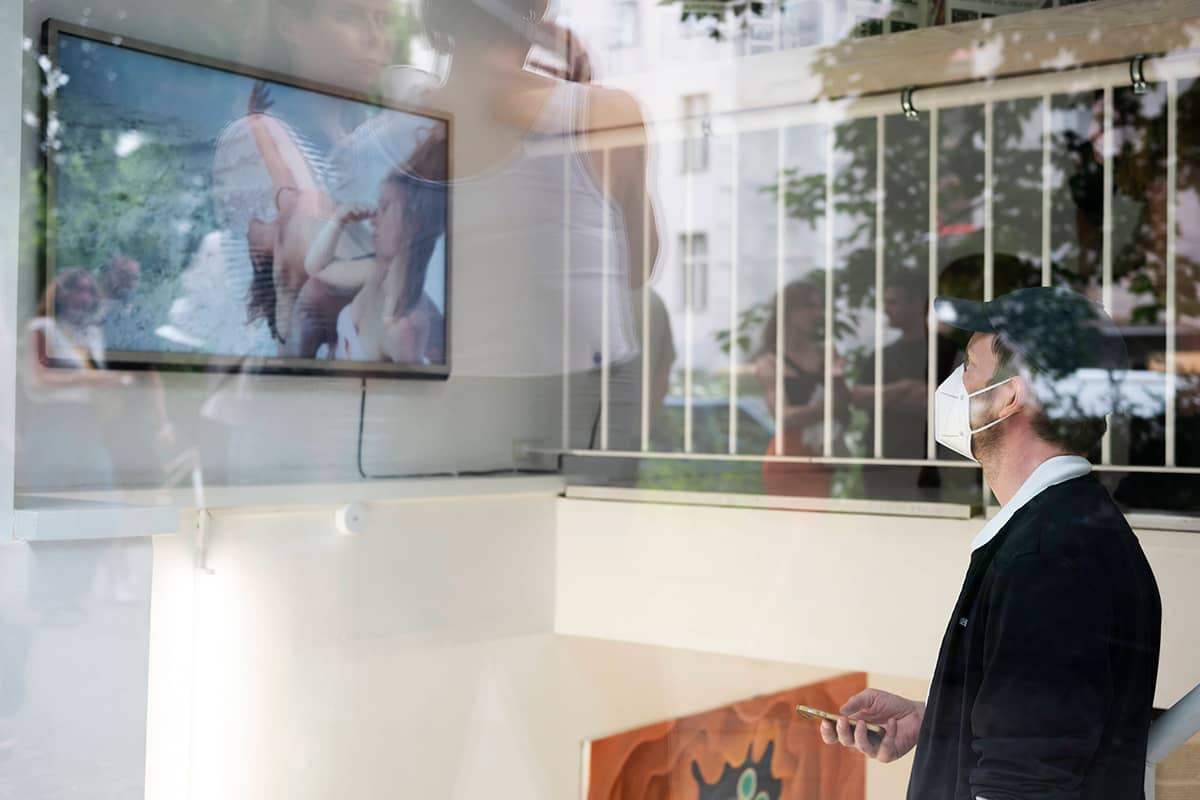 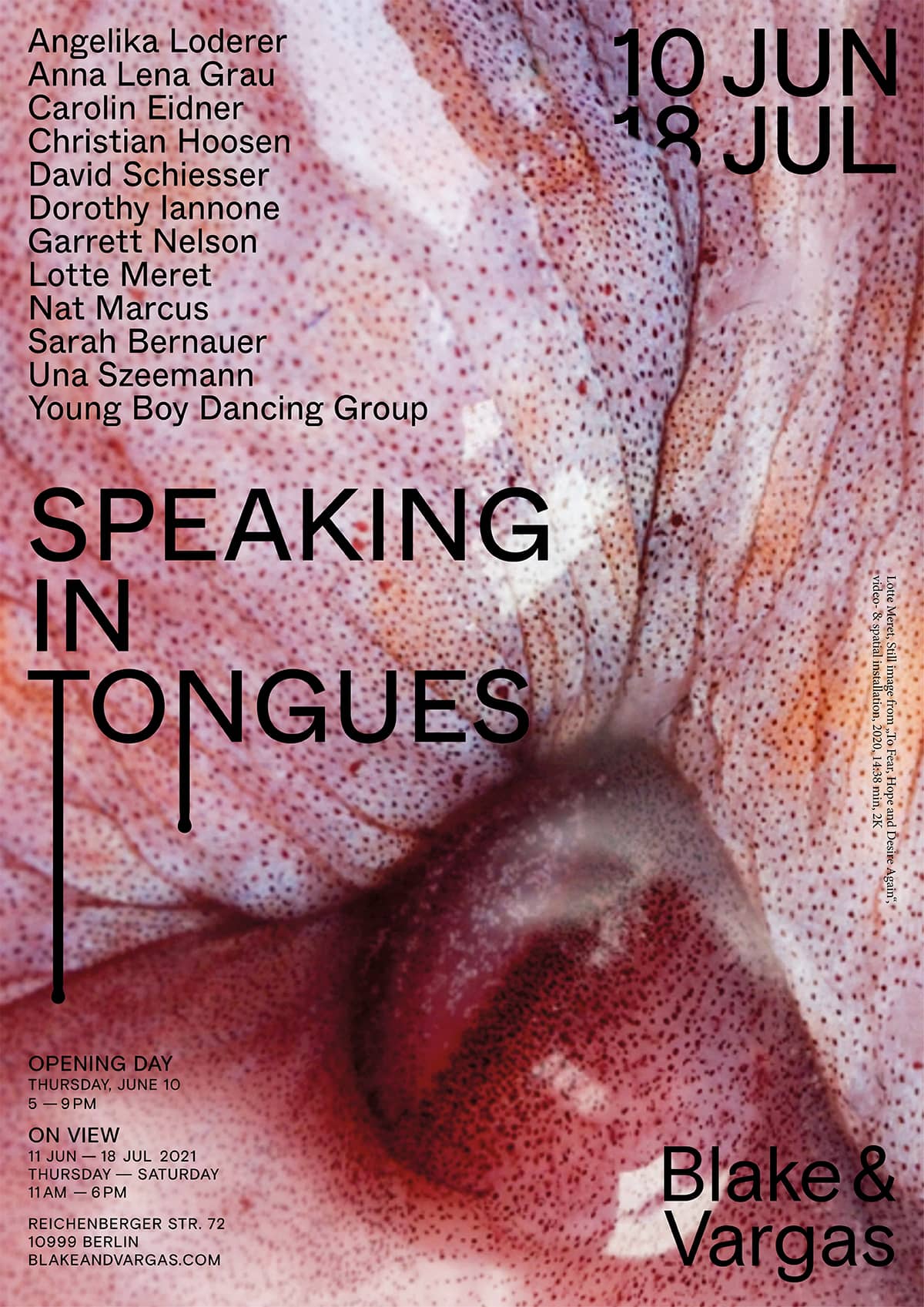 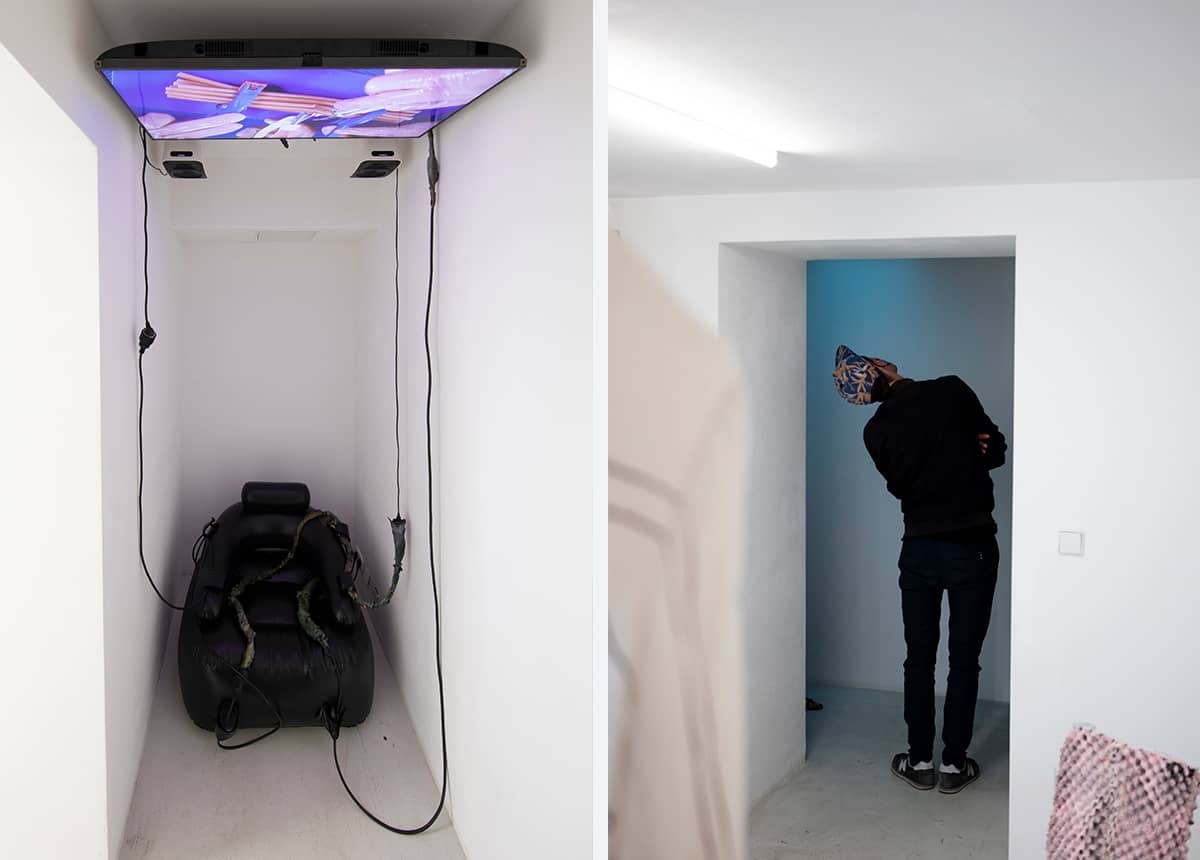 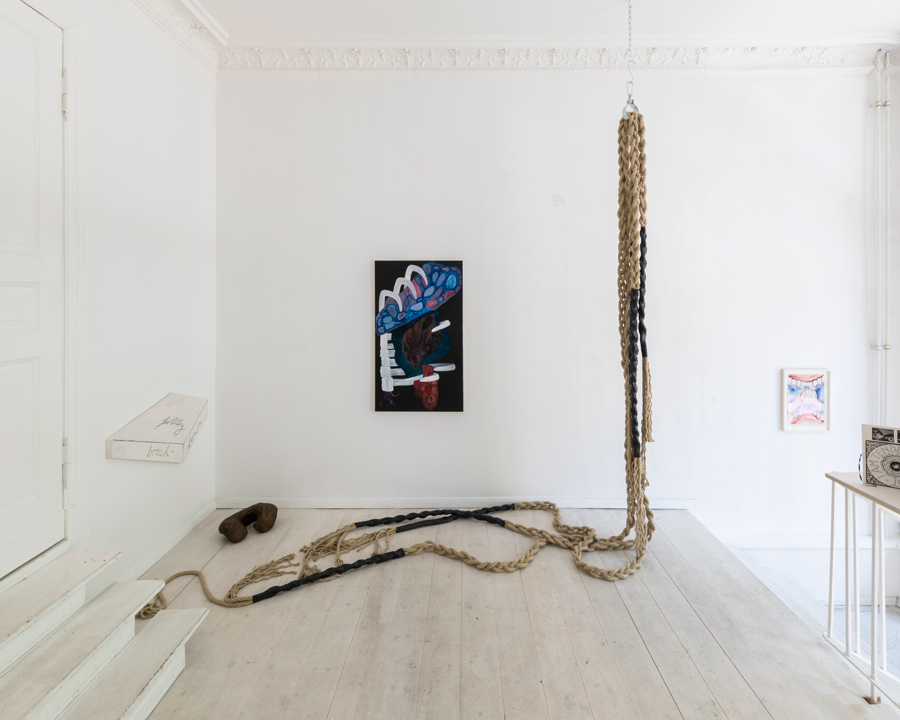 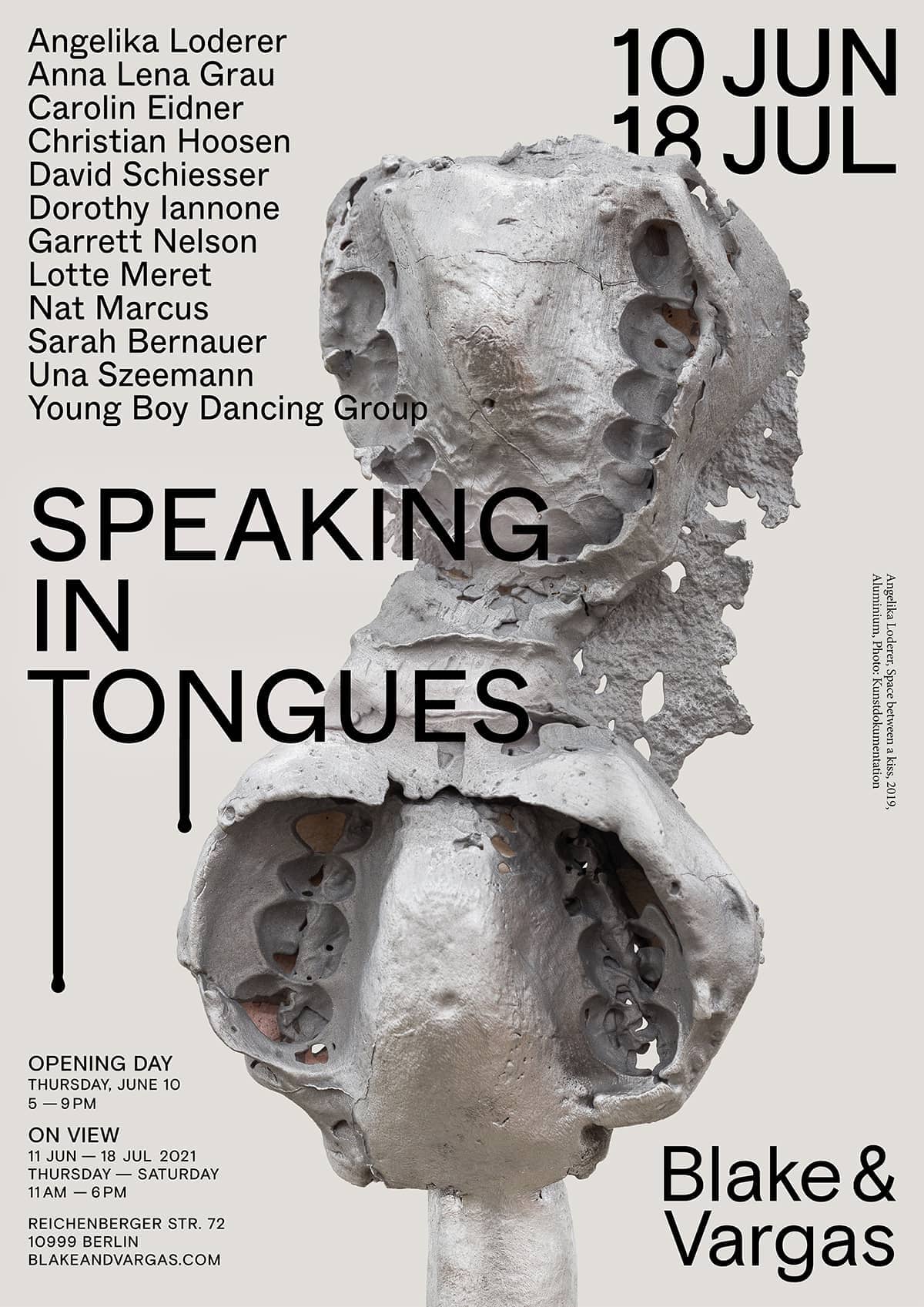 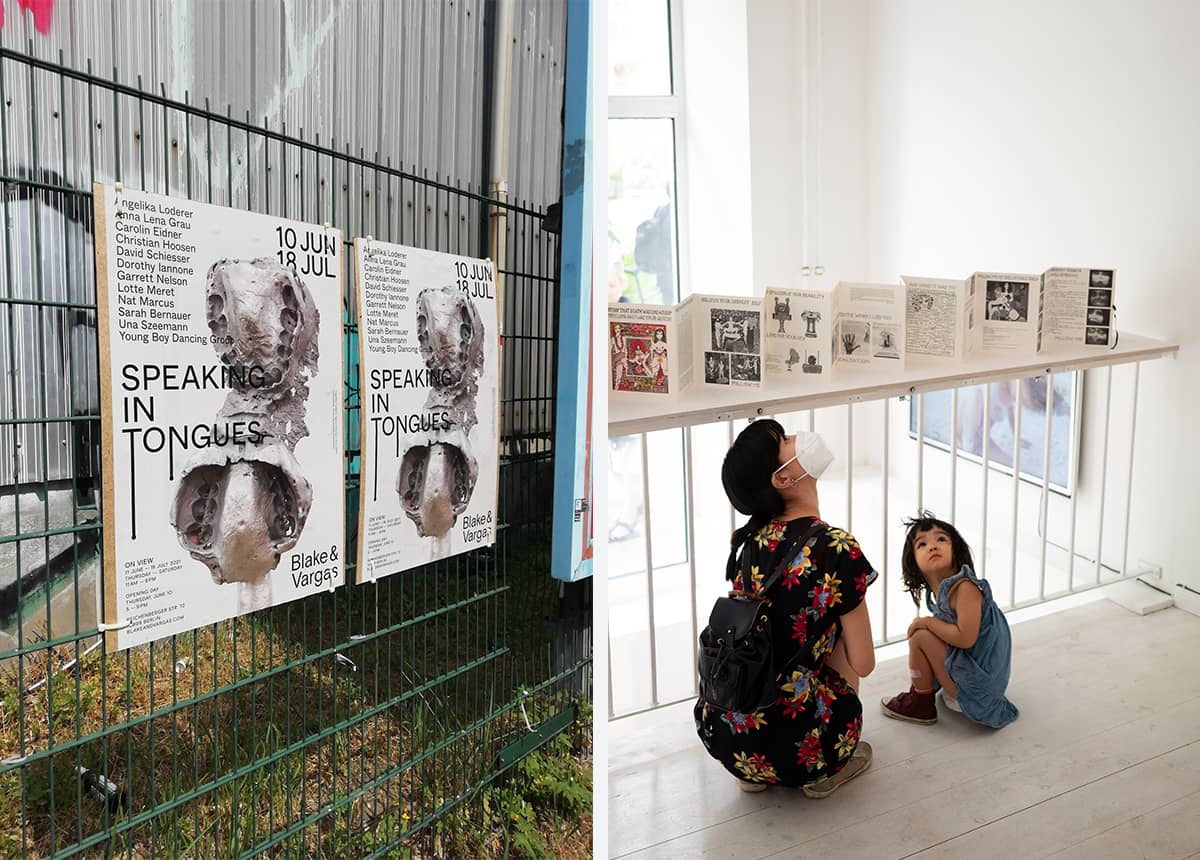 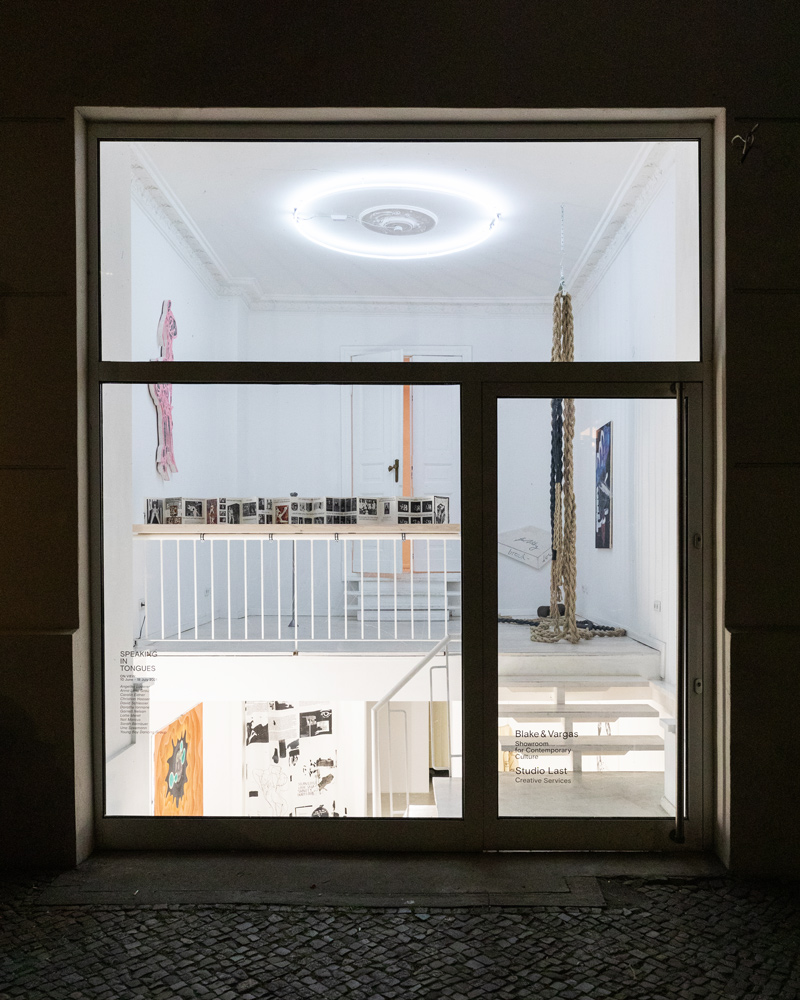