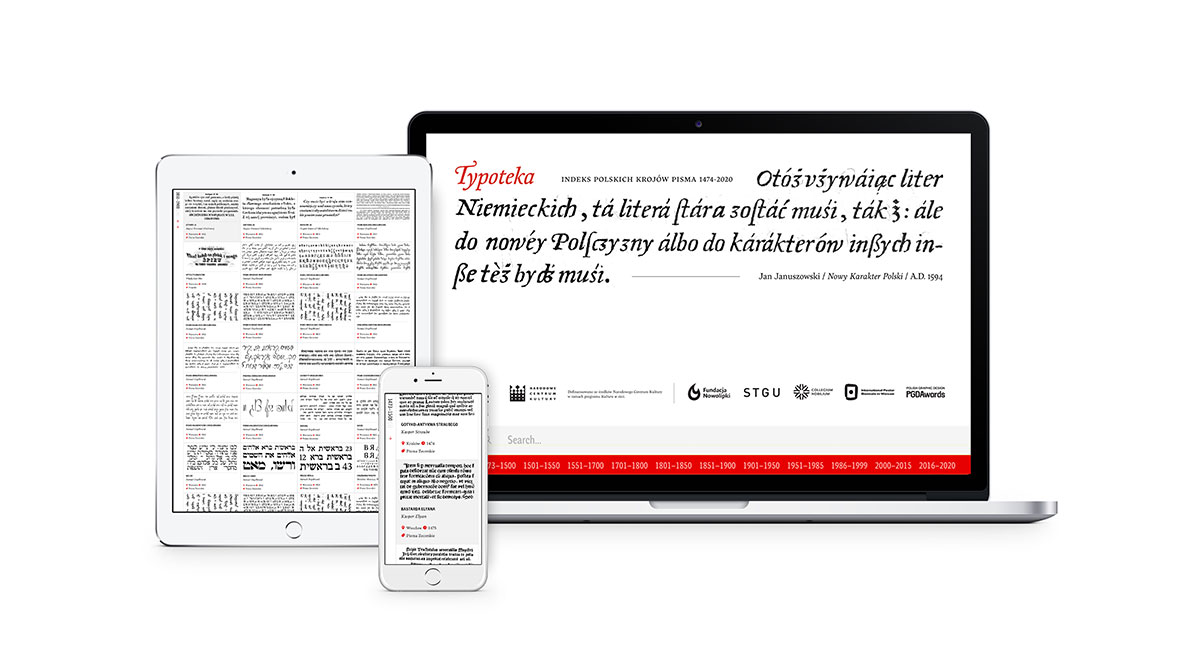 Script is inherently international. An essential element of civilisation, script is as much a result of culture as it is its carrier. The Latin alphabet alone is a communicative bond for citizens of many countries, for followers of different religions, for representatives of various cultures. Typoteka.pl is an index of typefaces created by authors associated with Poland.

Various authors—like type designers, artists, letterers, engravers, punchcutters—design forms of script (letters and signs), so that others can use these letters and signs to create inscriptions and to compose texts. Typoteka.pl focuses on forms of script created for the needs of typography: typefaces. Typefaces are letters and signs created for automated setting of texts (typesetting), and are reproduced as metal fonts, matrices, transfer media, and finally as digital fonts. This Index is the first of—hopefully many other similar indexes—that catalog other, equally important, forms of script: inscriptions made in stone, lettering, calligraphy.

The term “authors associated with Poland” does not prejudge what constitutes a “Polish typeface.” Typoteka.pl lists typefaces made for different alphabets and for different users. You will find here typefaces cast, drawn, or published by people born in Poland, but also by those who came to Poland at some point—today or throughout history. Those people are Polish, German, Jewish, Dutch, Ukrainian, and Czech. Most of the typefaces listed in Typoteka.pl are for the Latin alphabet. They often, but not always, contain Polish diacritics. Included are also typefaces for many other alphabets and writing systems. You will find fonts with Cyrillic, Greek, Hebrew, or Arabic characters, created today by Polish digital type designers, often in cooperation with authors from other countries. You will also find metal fonts designed to compose texts in various languages, produced by foundries that operated in areas that are today part of Poland.

Typefaces were once industrial products. To use them, they had to be cast as metal fonts or produced on some other physical medium. This process required the involvement of a team of people, who today are often nameless. Contemporary digital fonts can be created at home, on a portable computer equipped with the appropriate software. Whenever possible, Typoteka.pl lists the names of people who designed a given typeface, or who were named as its author. But remember that the final form of a typeface was usually created with the participation of a group of people.

Typoteka.pl lists typefaces implemented for production in the form of metal or digital fonts, matrices and other media, as unpublished typeface designs. The authors listed in Typoteka.pl are professional type designers, graphic designers for whom type design was a one-time adventure, printers and punchcutters from years ago, and contemporary students. A typeface is a tool. And with Typoteka.pl there arises the wish that beautiful typefaces are used for beautiful communication. 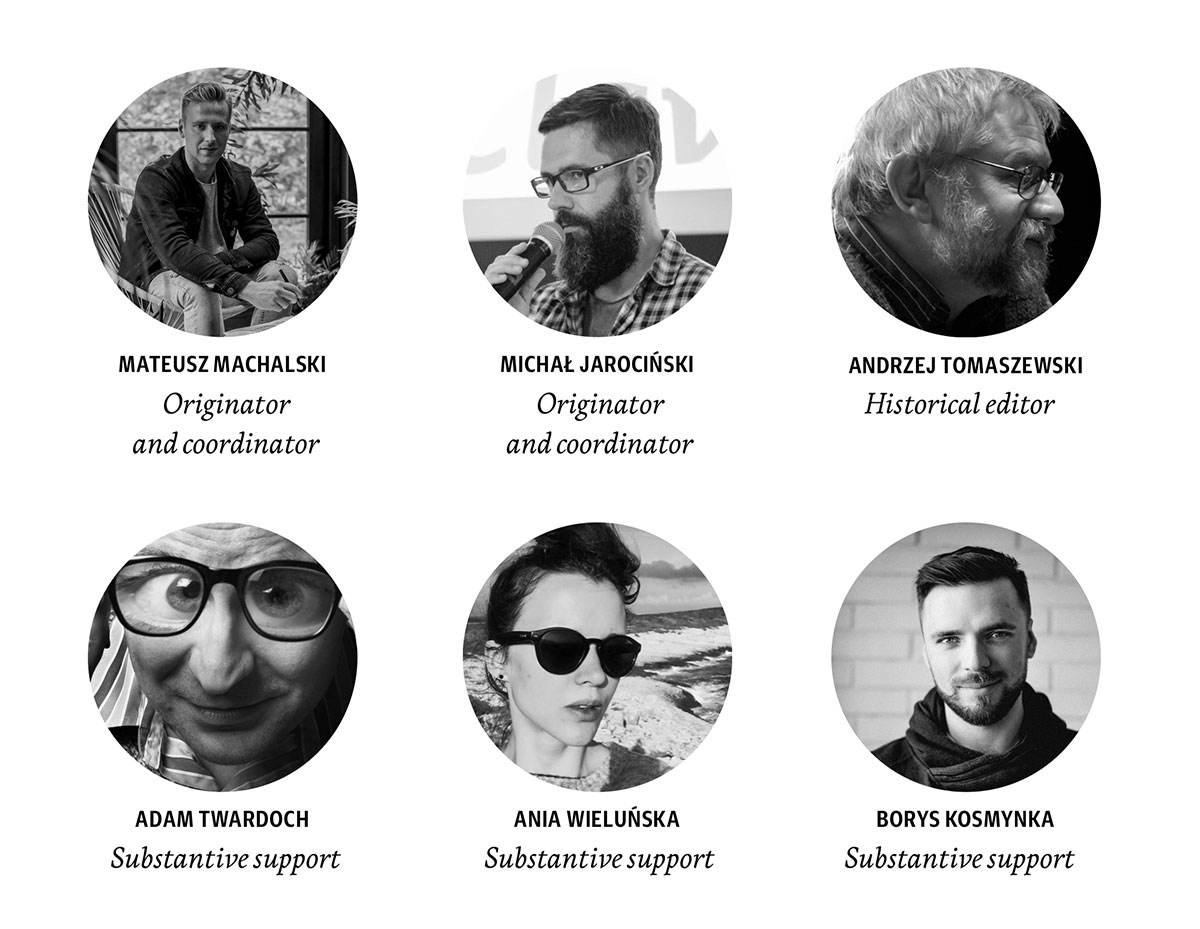