Vintage Shop Signs of Hamburg from A to Z

You walked past this corner shop for years. Its gorgeous neon sign was probably from when the business first started in the 1950s. But one day the shop was gone and the weird little building was empty for a while. And then it got torn down and replaced by architecture, all smooth and shiny—a pity. Signs and facade lettering characterize the cityscape. They advertise, designate, mark, they are visible from afar and serve orientation. Without lettering there is no city, and so a city can also be portrayed through its neon signs and lettering. The portrait that emerges is multi-layered. It is composed of common, typical, and unique names and designations, of the special relationship to their places, and of the design. And last but not least, it allows conclusions to be drawn about the transformation of a city.

More than 40% of the signs documented in 2010 are gone by now. Sometimes they were replaced by more contemporary signage, sometimes an empty wall is all that is left and in some cases not only the sign is gone, but the whole building, too.

Shop signs are only a detail of a cityscape. But the changes in Hamburg’s typographic surface point towards underlying structural transformations. And the “before-and-after photos” in the two editions of the Hamburg Alphabet highlight these changes—and they’re also a great resource of lettering inspiration. 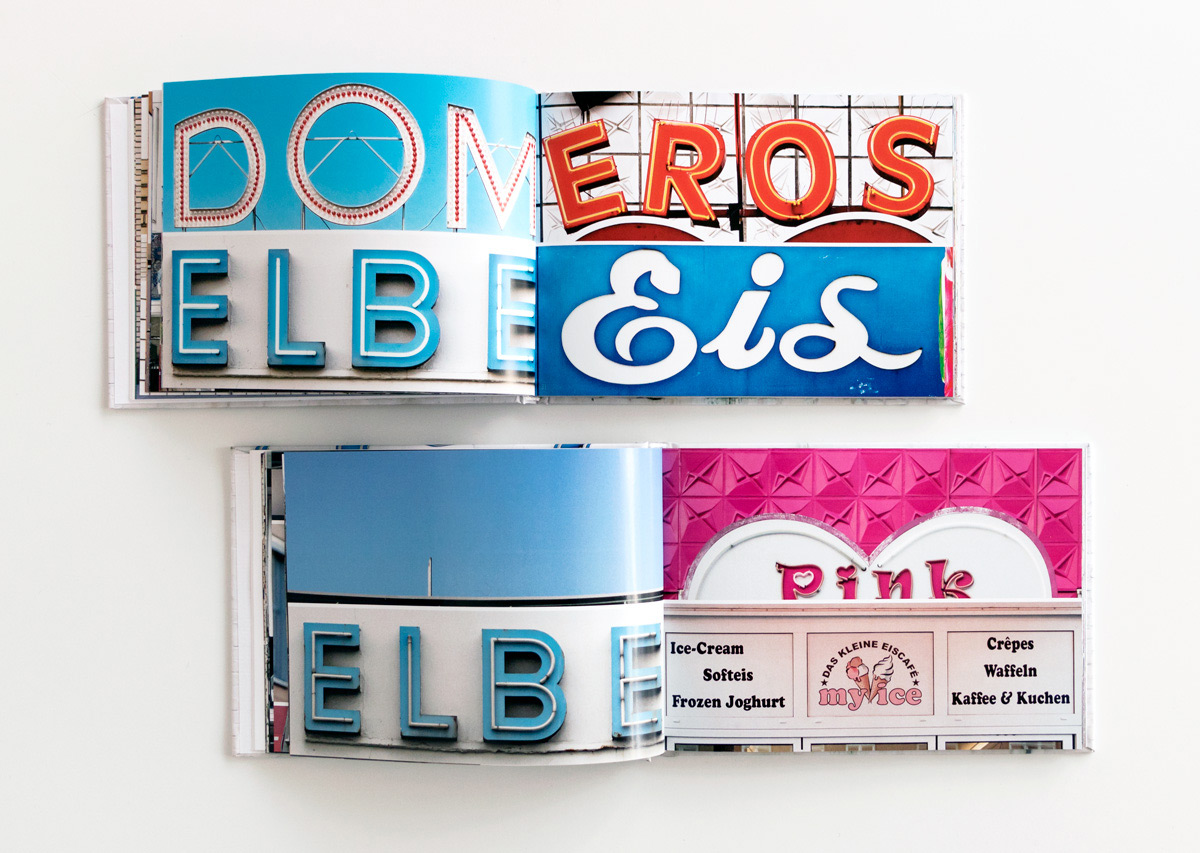 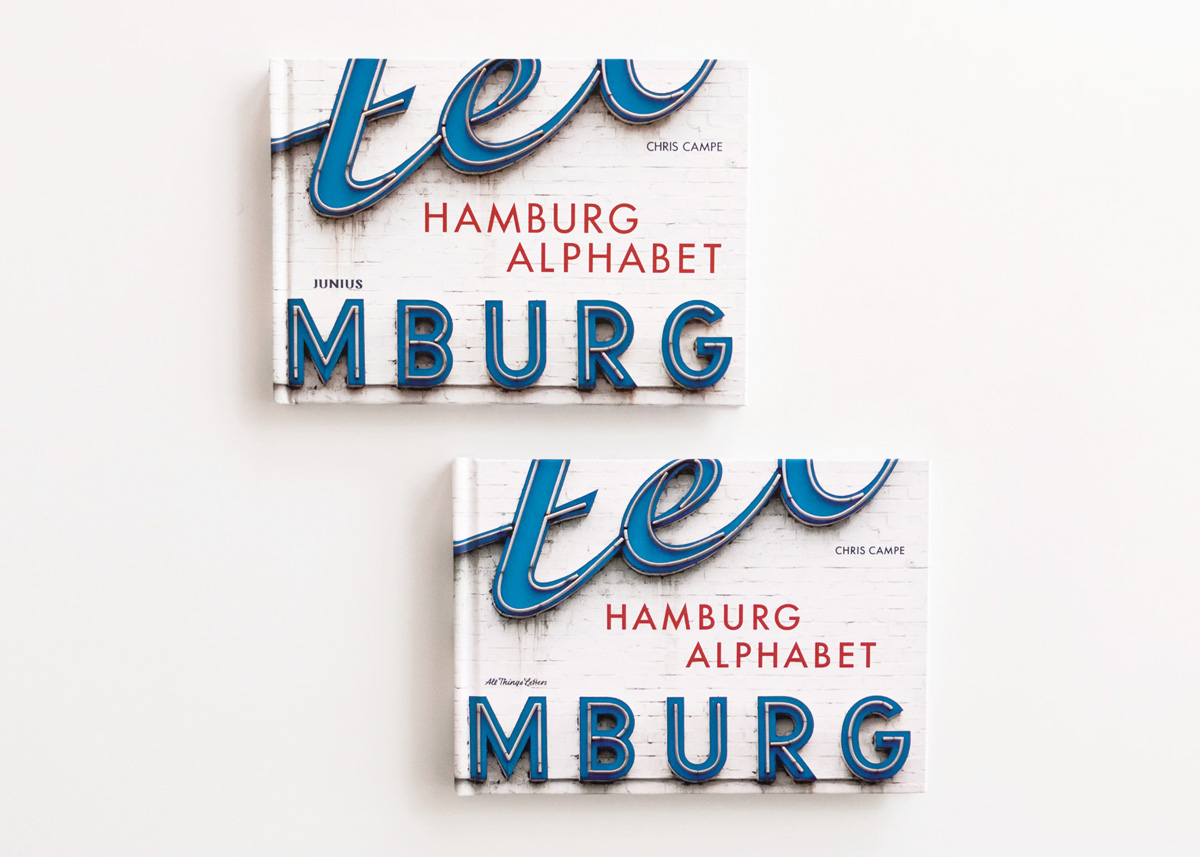 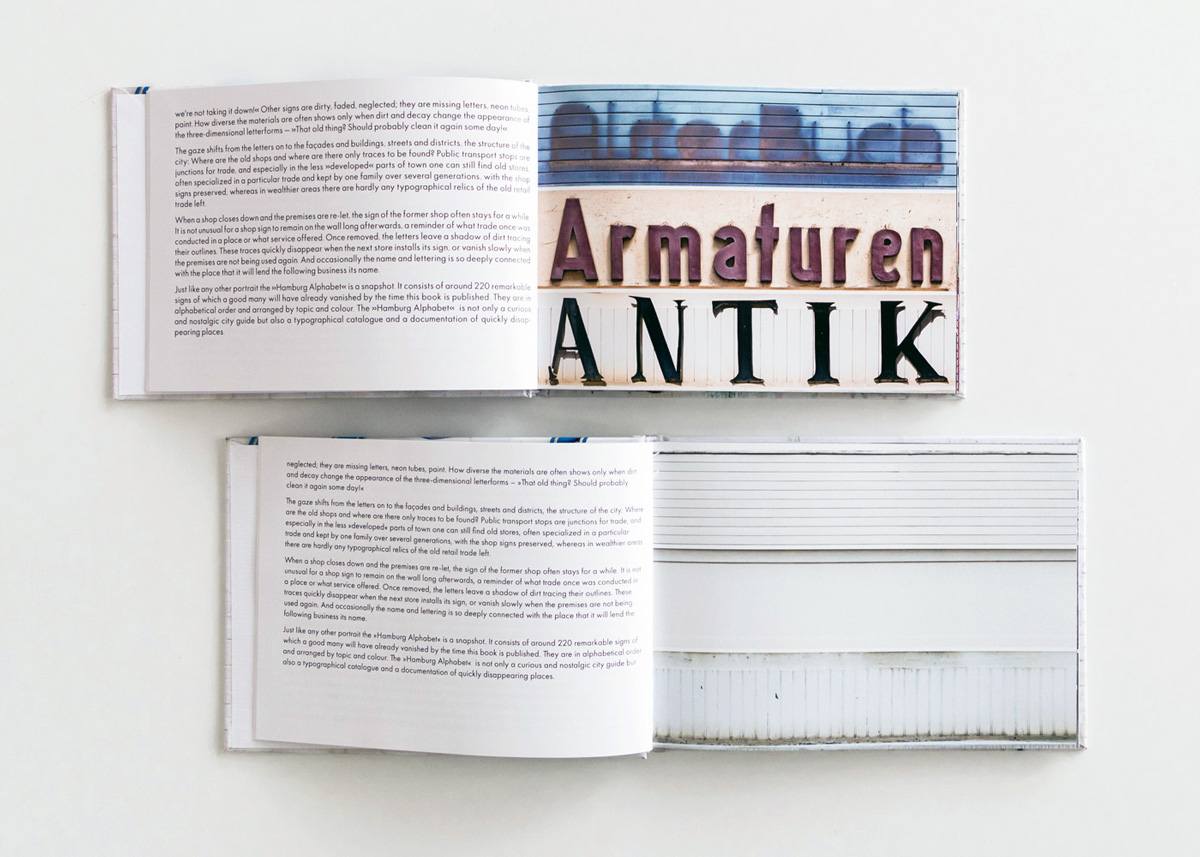 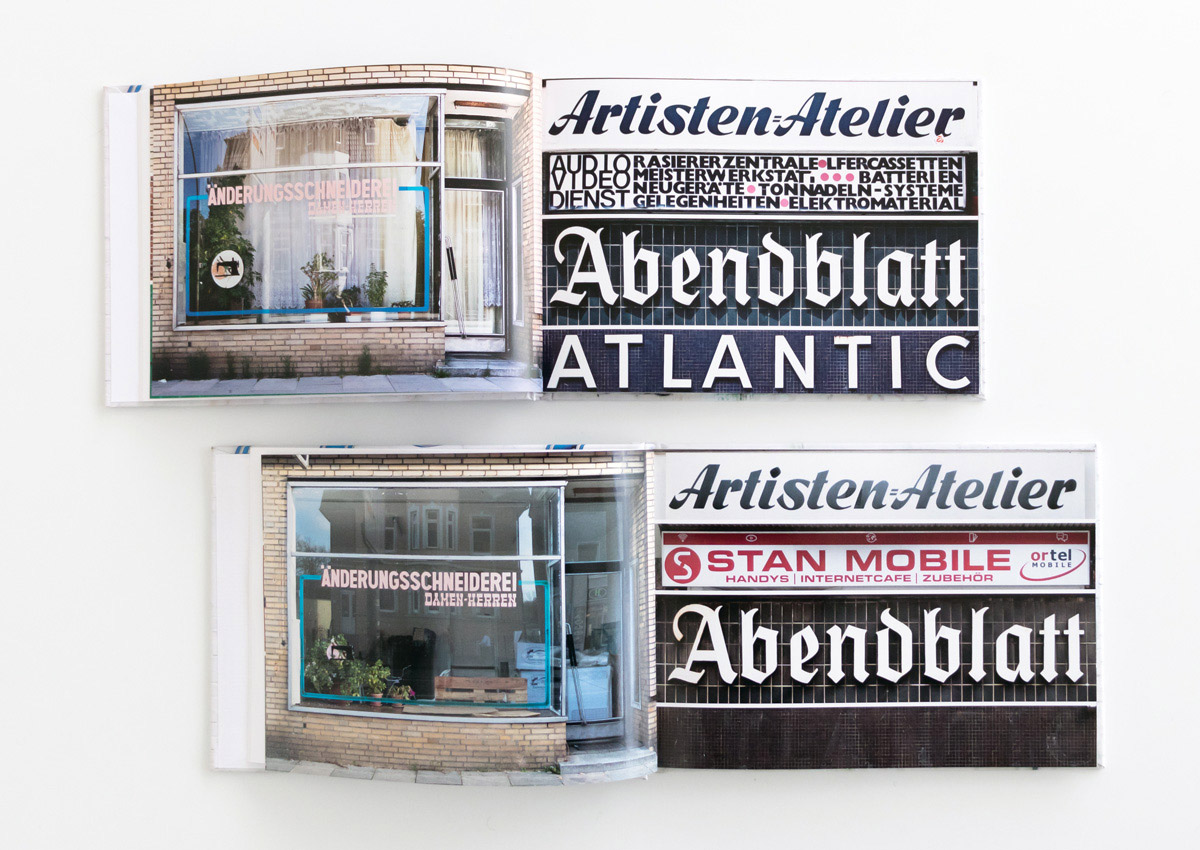