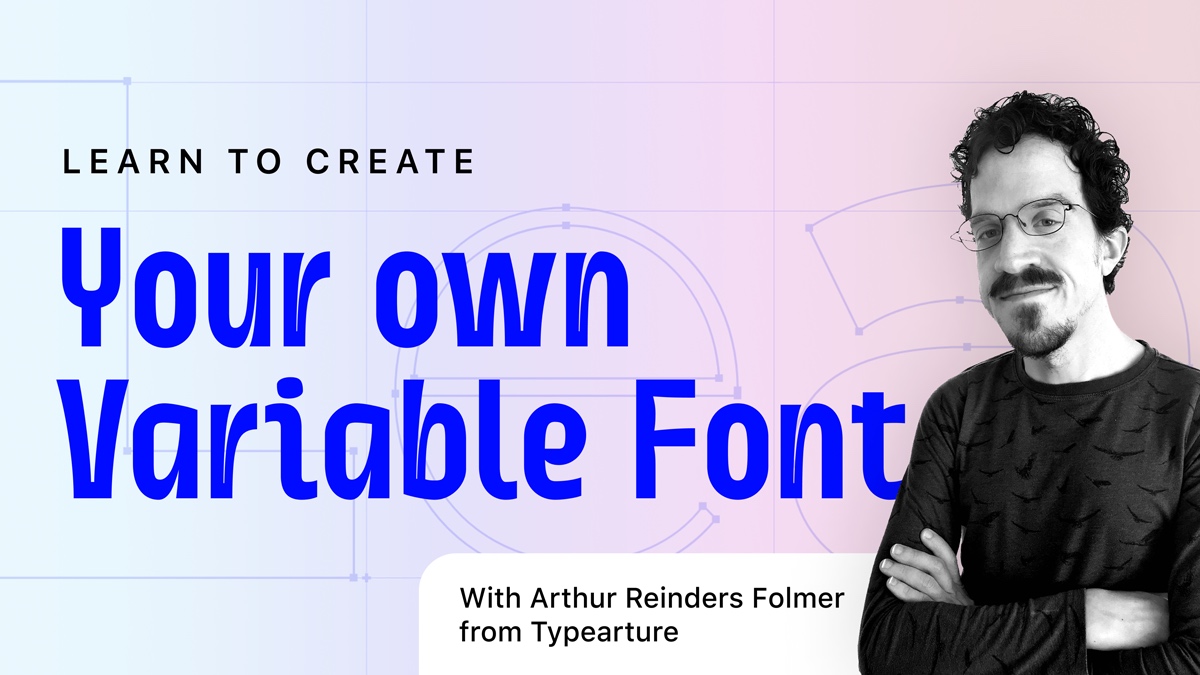 Learn to make your own Variable Color Fonts in a couple of hours with Typearture.

From the moment variable fonts were introduced (on September 14th, 2016), Dutch designers Jeroen Disch and Thomas Dahm were fascinated by this new technique. It gives type designers a lot of creative freedom, both in terms of new forms of expression and typographic sophistication. It adds new dimensions to typography (motion, programmability) and breathes new life into old qualities (optical size, grade).

But … how do you actually make a variable font? That is what they asked themselves two years ago. They searched for a maestro who could teach them. They found Arthur Reinders Folmer (aka Typearture). In order not to keep that knowledge to themselves, they organized four workshops with more than 100 participants.

These workshops formed the basis for the Variable Font Course, on which they have been working recently. In eleven video lessons, Arthur teaches you how to create a variable color font using Glyphs App, process it in HTML/CSS, and have it animate in the browser.

Their goal is to make variable fonts accessible to the largest possible group of designers, developers, type lovers, students, and other creatives. In a few hours, you have created your first variable font.

Course leader Arthur Reinders Folmer is one of the leading typographers in the variable font world. Arthur won awards from Communication Arts and Type Directors Club. His experimental work consists of a Frankensteinian combination of variable fonts, color fonts, and illustrations. Type designer Ulrike Rausch did not call him “the absolute craziest variable color font designer on planet earth!” for nothing.