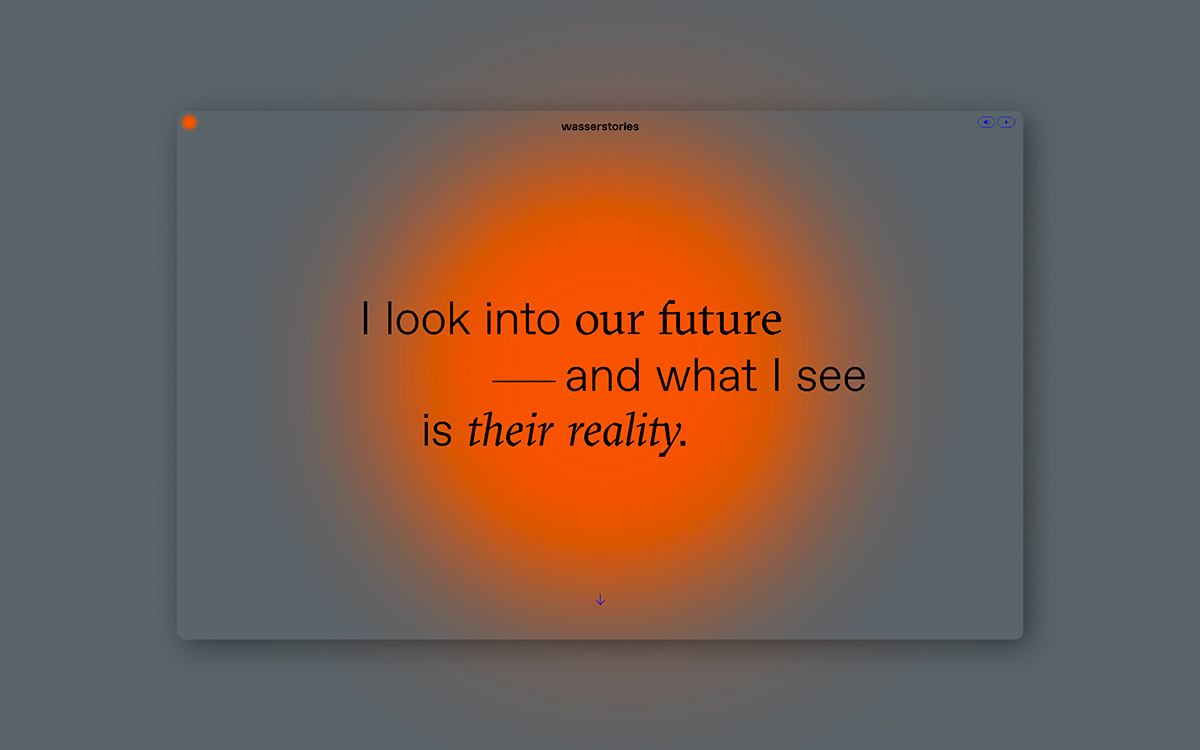 Wasserstories: Our Future—Their Reality is an interactive web documentary, developed by Caroline Breidenbach as a master-project at the Weißensee Kunsthochschule Berlin, which critically and artistically explores the issues of water privatization and water crisis.

In Wasserstories, three multimedia stories give alarming insights into the past and future of our water. They deal with the universal question: Who owns the water? The project is located in the area of DesignFiction: true events from Bolivia, South Africa, and Portugal are projected on German locations and fictitiously told in our near future. Facts are intertwined with fiction and it results in disturbing scenarios.

Provocatively, the stories deliberately put three of our most basic needs at risk: health, money, and security. Each story has its focus on a different topic and its own storytelling method: scrollytelling, interactive video, and interactive map. Storytelling makes the underrepresented issue of water privatization more accessible and depicts it in new perspectives. The fictional story takes place as close as possible to the user’s life, which brings the user’s very own concern into prominence. Afterwards, the real events are revealed in documentary form. In addition, there is an index—an interactive dictionary with explanations of words which appear in the project or are related to the topic. This is not only about simple definitions, but also about a critical framing of the terms in a complex system.

The project was realized in cooperation with the Stiftung für Mensch und Umwelt and the Weißensee Kunsthochschule Berlin. 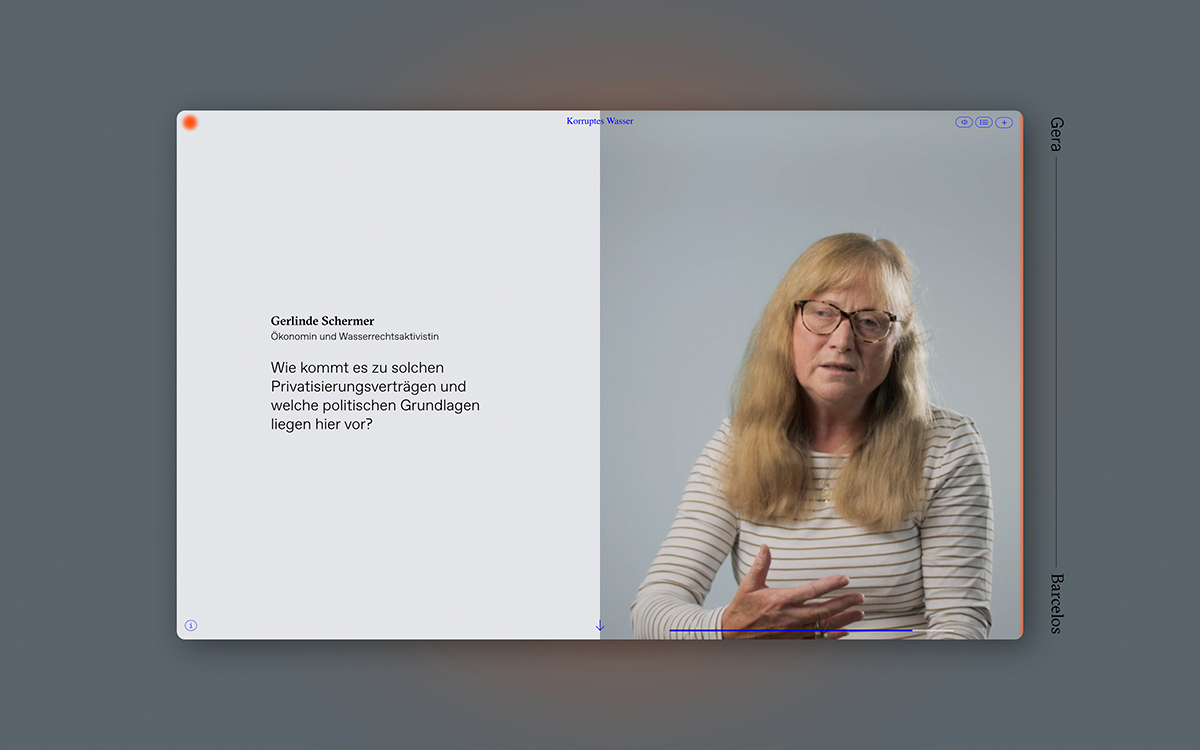 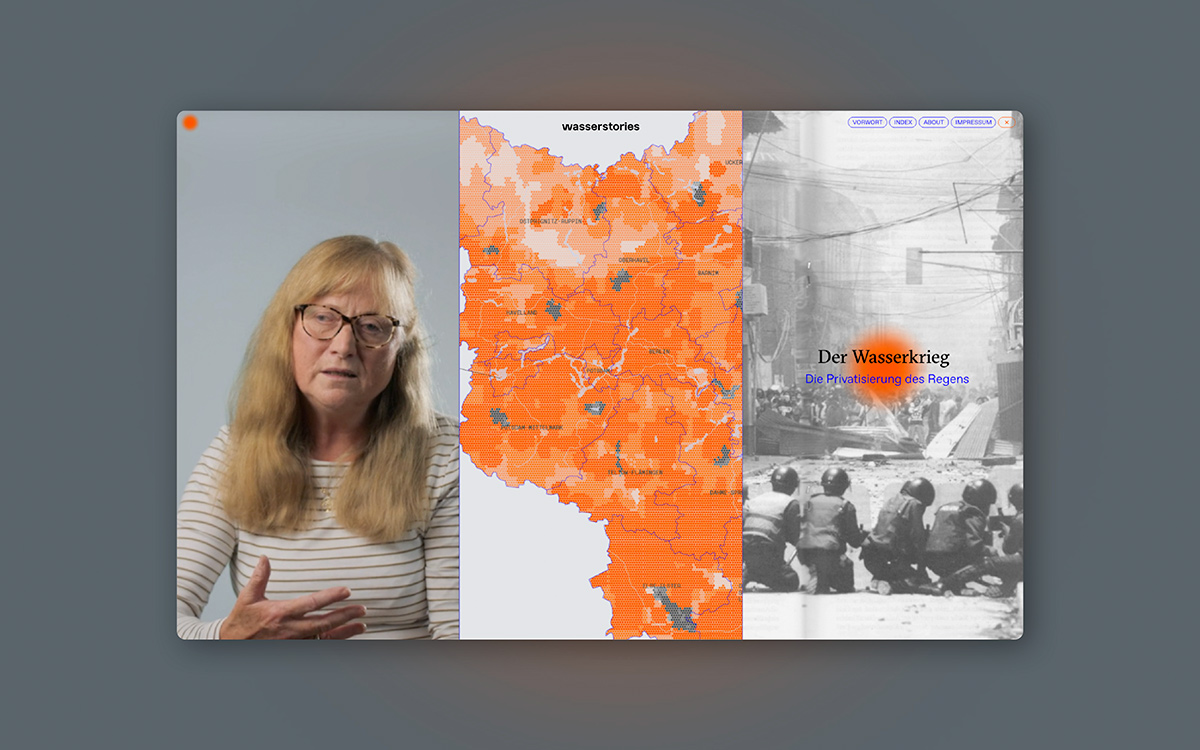 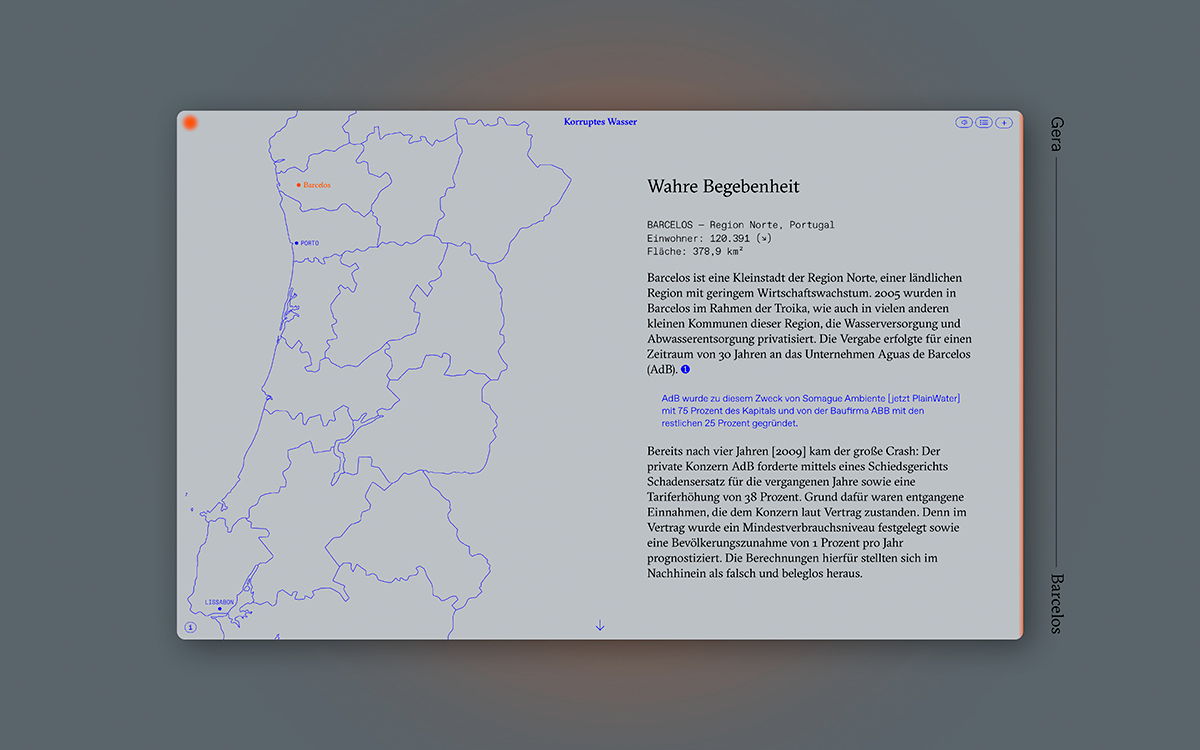 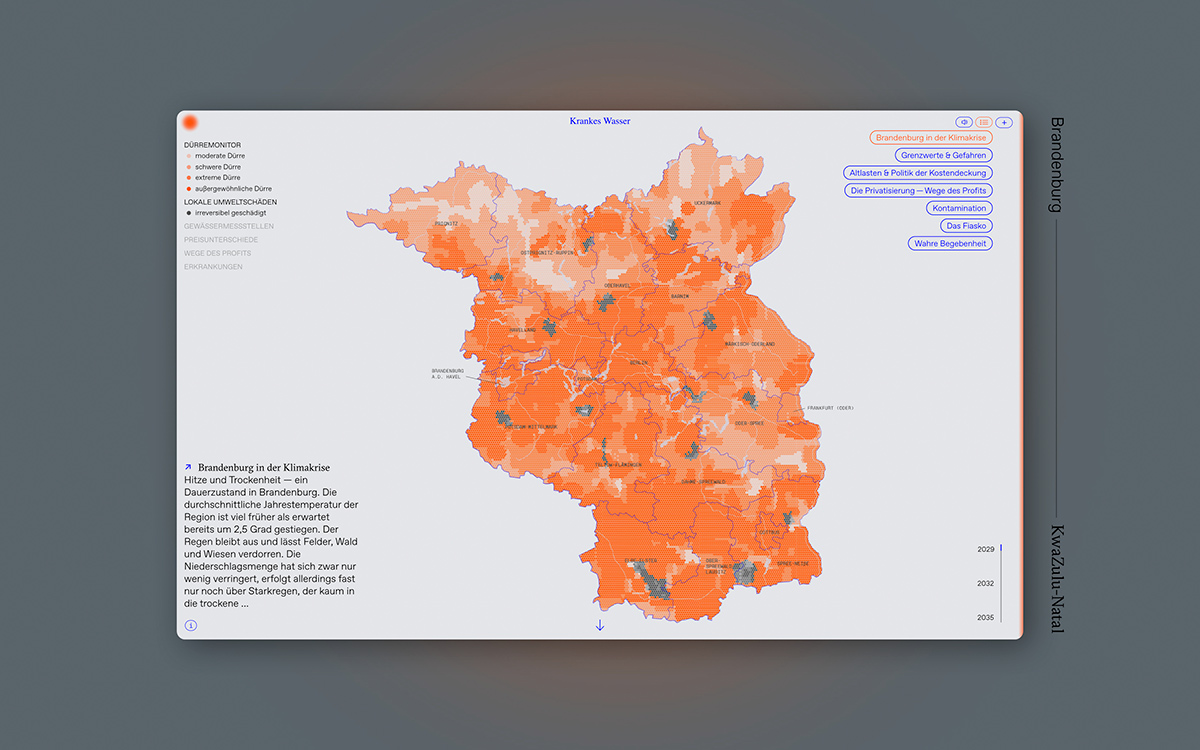 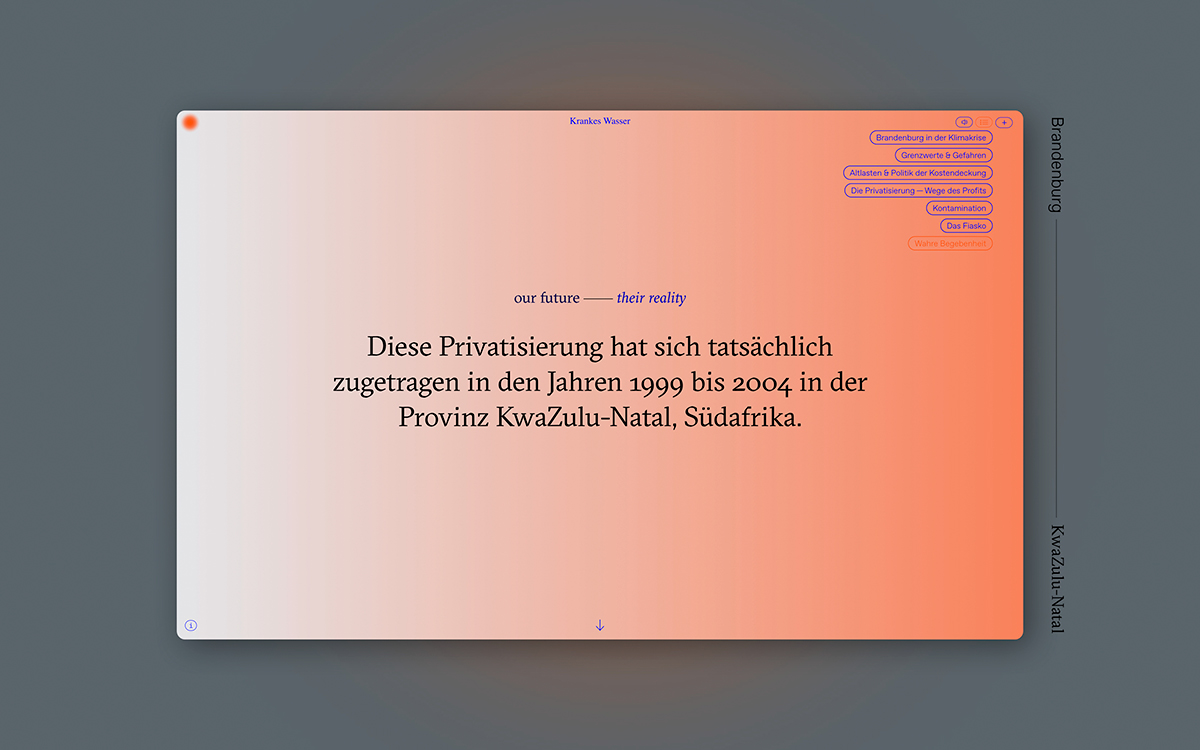 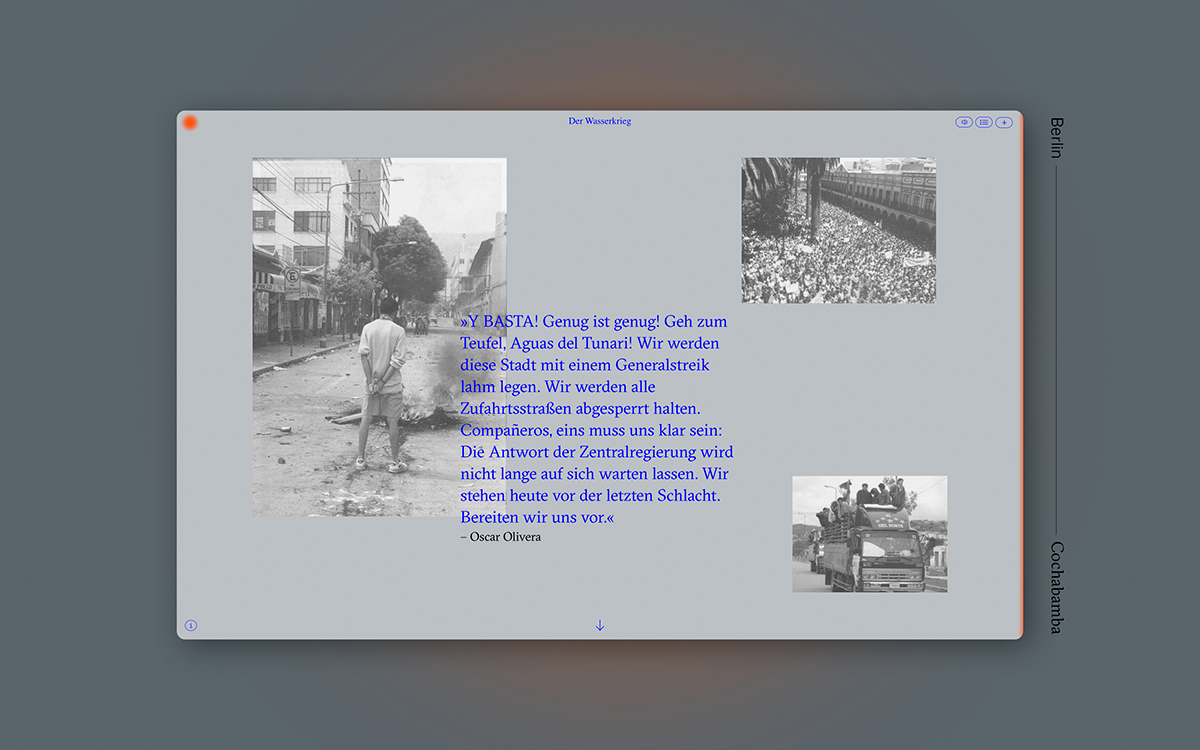 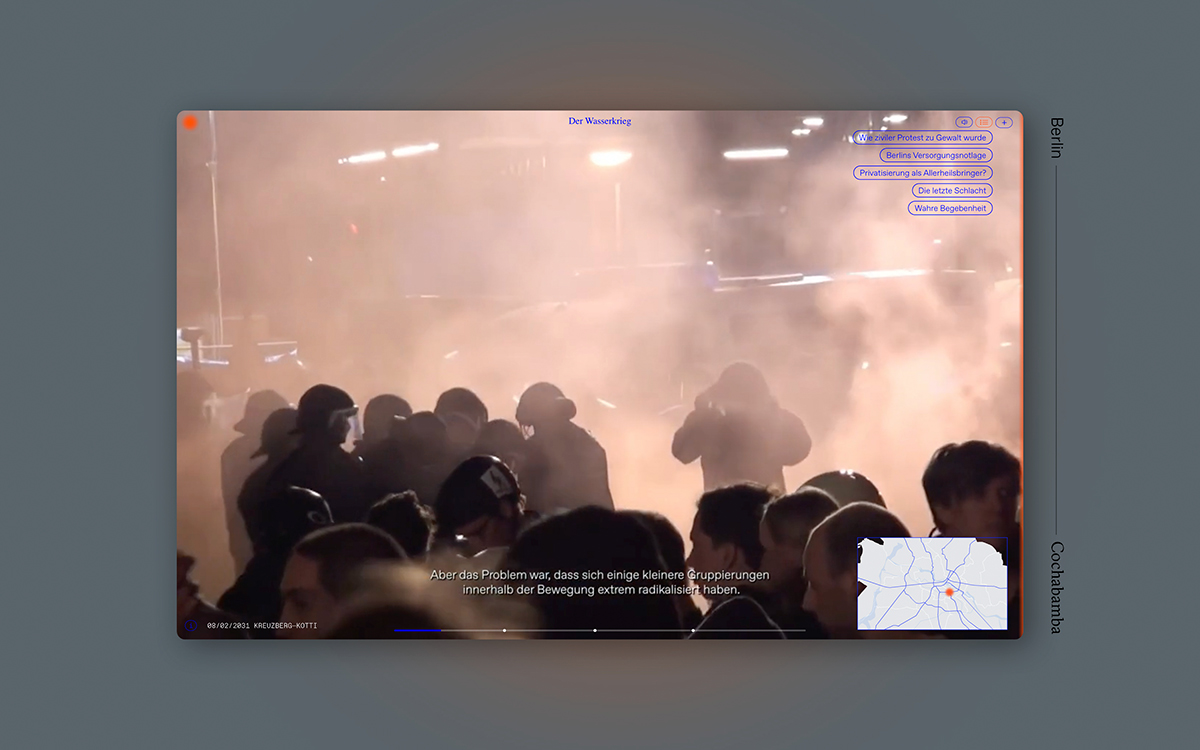 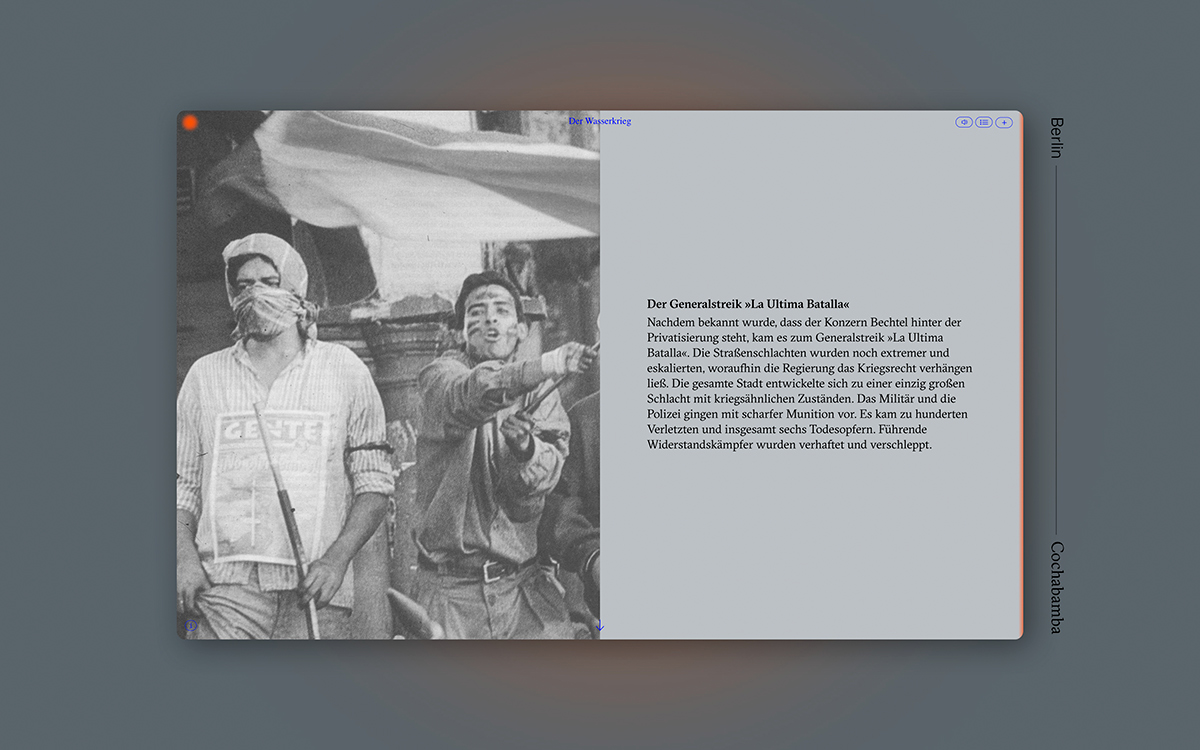 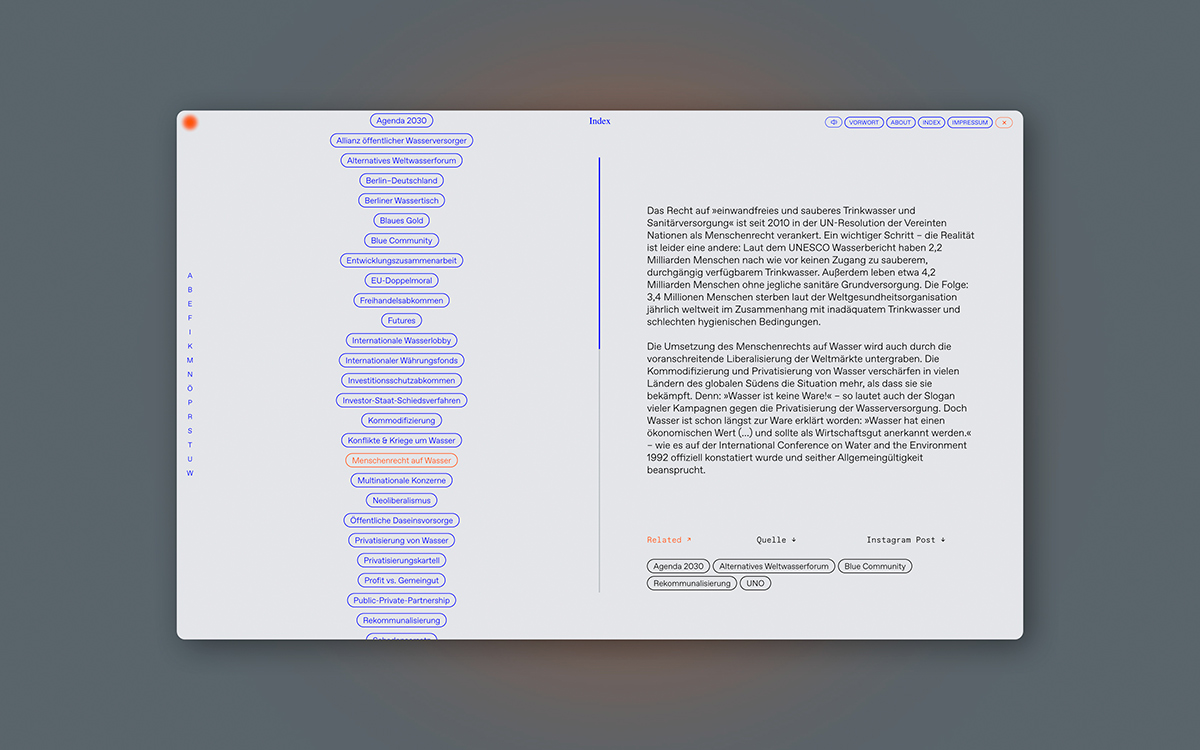