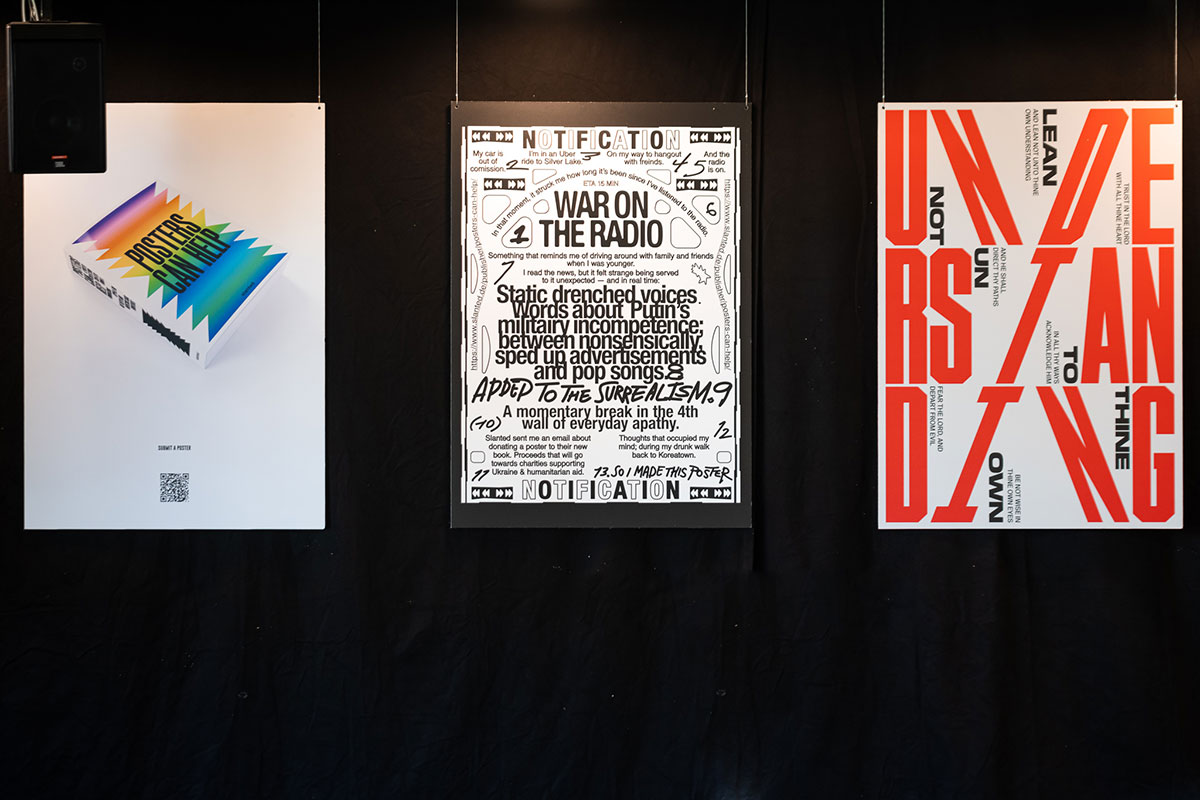 WDCD × Posters Can Help worked together on an exhibition for the 10th What Design Can Do Live in Amsterdam. The exhibition was on display in the main lobby area where participants got their coffee and tea during the breaks. The team of WDCD picked some of the posters that have been submitted so far to Posters Can Help to exhibit great works and raise awareness for this project.

On June 3rd 2022, What Design Can Do (WDCD) made a triumphant return to Amsterdam with the long-awaited tenth edition of its annual festival. A sold-out crowd of nearly a thousand creative activists and innovators gathered at the International Theater Amsterdam to explore how design can help us reshape our lives in the face of a planetary crisis. Leading the conversation with a potent mix of urgency and optimism were a dozen of the world’s finest change makers, including graphic designer Eddie Opara, architect Marwa al-Sabouni and filmmaker Josh Fox. Though their perspectives were diverse, one message rang clear: in turbulent times, creativity can offer us a powerful and hopeful way forward.

Design that Moves the Needle
The festival was opened with a warm welcome by moderators Ikenna Azuike and Saskia van Stein. Rousing performances by the Marmoucha Orchestra and DJ Mark the Machine set the tone for a festive but challenging day of talks and workshops. Award-winning photojournalist Kadir van Lohuizen was first to take the yellow stage, demonstrating how visual storytelling can help people understand the human costs of climate change, from rising sea levels in Kiribati to mounting landfills in New York City. The morning also saw a thought-provoking talk by emerging designer Amber Jae Slooten, who shared her vision of an alternative fashion industry built on digital garments and powered by a generation of “new creators.” Crowd-favourites Maria Conejo and Zoe Mendelson wrapped up the first half of the day with a joyful presentation about the mission behind Pussypedia, a beautifully-illustrated guide to women’s health that shows how information design can move the needle on critical issues like gender equality. Adding a different point of view to the mix was climate advisor Yvo de Boer, who used his time on stage to discuss how creative strategies can generate political action. As he sees it, it is not always a lack of will that stands in the way of societal change, but also a lack of imagination.

Calling for Community
Besides showing examples of what design can do for society’s problems, speakers also laid out a blueprint for how: looking at the kinds of processes that we must adopt if we want to deepen our impact as creatives. “Part of my belief as a designer is that community is everything,” said Adebayo Oke-Lawal, the creative rebel making Nigerian fashion more inclusive. His was one of many talks that stressed the social responsibility of design, reminding us that the best solutions are those which are deeply embedded in their local contexts. One of Mexico’s most prolific architects, Enrique Norten, built on this idea by exploring how good urban design is about building connective tissue between people and the places they live in. “Every day our cities are becoming more and more populated,” he noted. “So my question is: How can we weave together a new social fabric of the city that is more just and equitable?”

In the second half of the day, speakers dove deeper into why social justice is not an add-on but a prerequisite to climate action. Cultural landscapes expert Julia Watson delivered one of the day’s most eye-opening talks, exploring what we can learn (and unlearn) about resilience from Indigenous communities around the world. Syrian author and architect Marwa al-Sabouni followed this up with a powerful reflection on how the design of our streets and buildings can affect our sense of shared prosperity, safety and belonging. “All cities today struggle with crises, whether it’s a housing crisis, the environmental crisis, or a crisis of violence,” she explained. Moving forward, she invites architects to “break the cycle” by daring to question the belief systems that got us here in the first place.

This interest in the way we practice design rather than its outcome was also clear during the afternoon’s series of breakout sessions. Many focused especially on how we can better take care of ourselves and each other in the effort to build a more active, diverse, and inclusive industry. In the workshops Gender, Design, and Power and Decolonising Design, festival-goers joined activists from the Netherlands and beyond for an open conversation about how to recognize and dismantle systems of oppression in our daily lives. During the Circular Design Jam and Pitch Podium, young innovators and creatives came together to explore how to make a regenerative future not just accessible—but attractive—to people from all walks of life.

I Live in Hope
The festival reached its conclusion with a spirited talk by graphic designer Eddie Opara and a searing performance by Oscar-nominated filmmaker Josh Fox. Both underlined the galvanizing role that creativity plays in a time of what seems like insurmountable challenges. For Opara, a Black designer who grew up in 1970s London and now leads one of the most influential agencies in New York City, it provided a tool for addressing injustices and for “living in hope.” For Fox, who is known for his unflinching documentaries on social and environmental justice, it is a way to alchemize despair into energy for the climate movement. Without it, we would be standing still in the face of our most urgent problems. Fox made quick proof of it that day, bringing the crowd to their feet with a spellbinding piece about healing, humanity, and our relationship with nature.

On this note, the curtains closed on an extraordinary tenth edition of WDCD Live in Amsterdam. All visitors, volunteers, and crew then joined the speakers on stage to raise a glass together during the afterparty co-hosted by Dutch design organizations BNO and ADCN. There was a sense of camaraderie in the room as the crowd talked over the day’s takeaways. As one visitor put it, it’s clear we’re facing an uphill battle. “Still,” he said, “I keep being surprised by the power, resilience, and creativity of people who are working to find solutions to break the status quo.”

Photos by Enrique Meesters and Laura Ponchel. Courtesy of What Design Can Do. 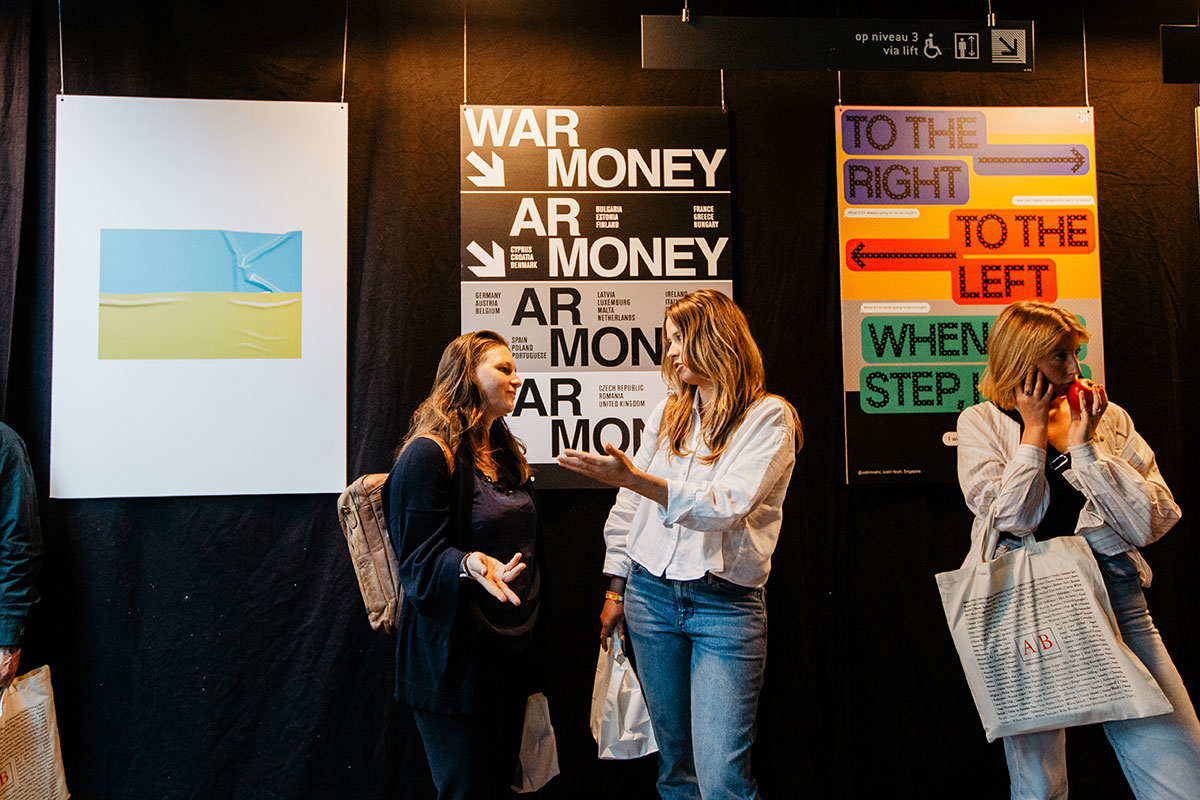 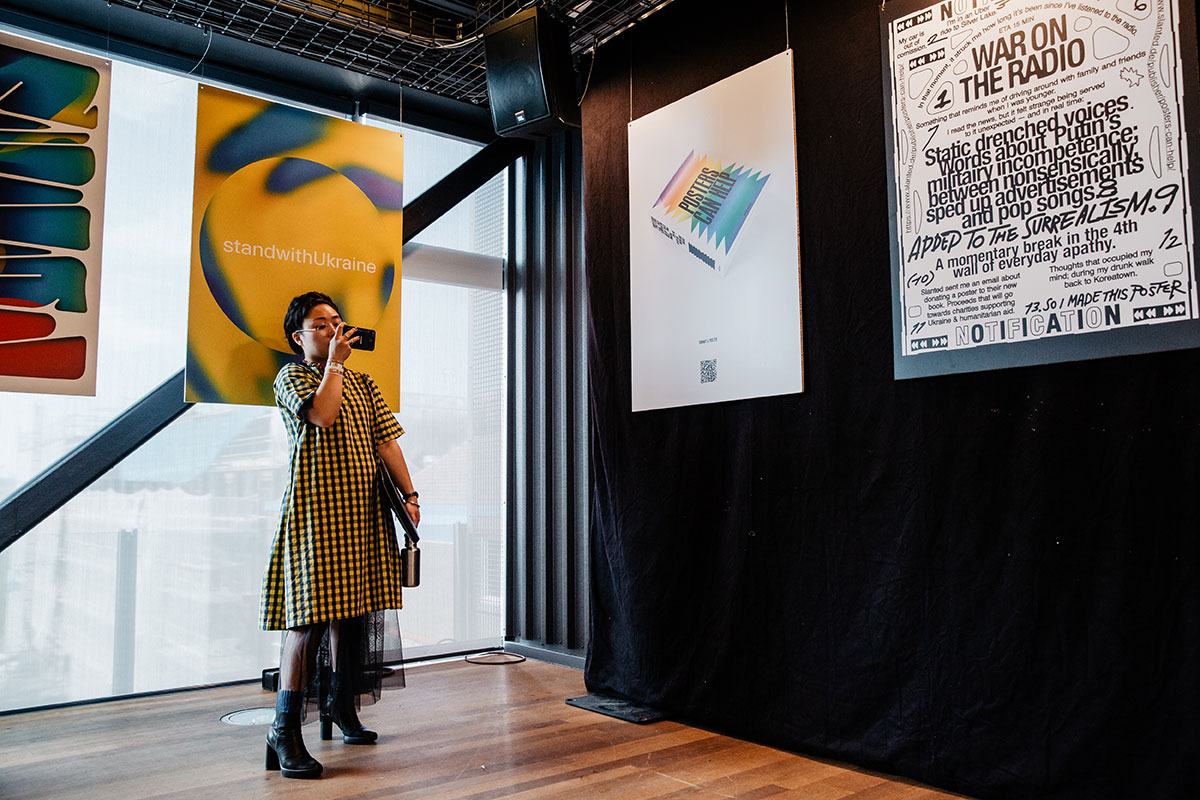 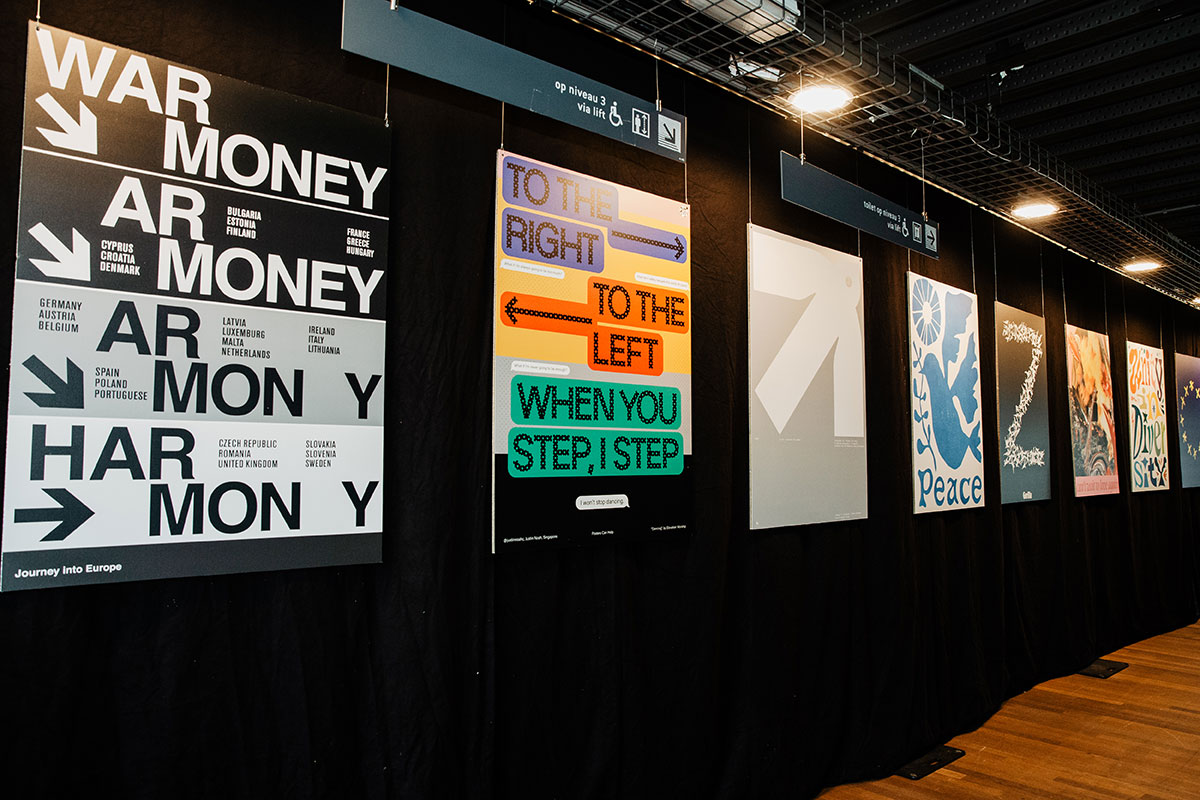 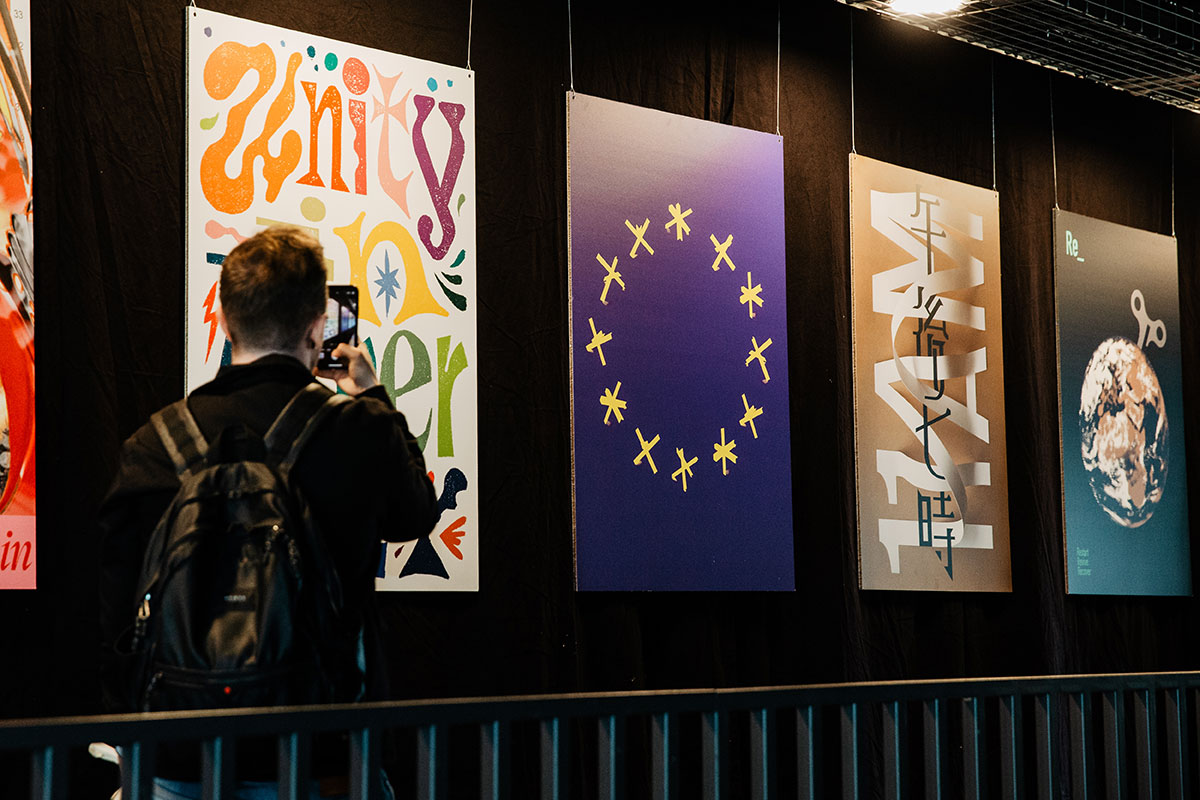 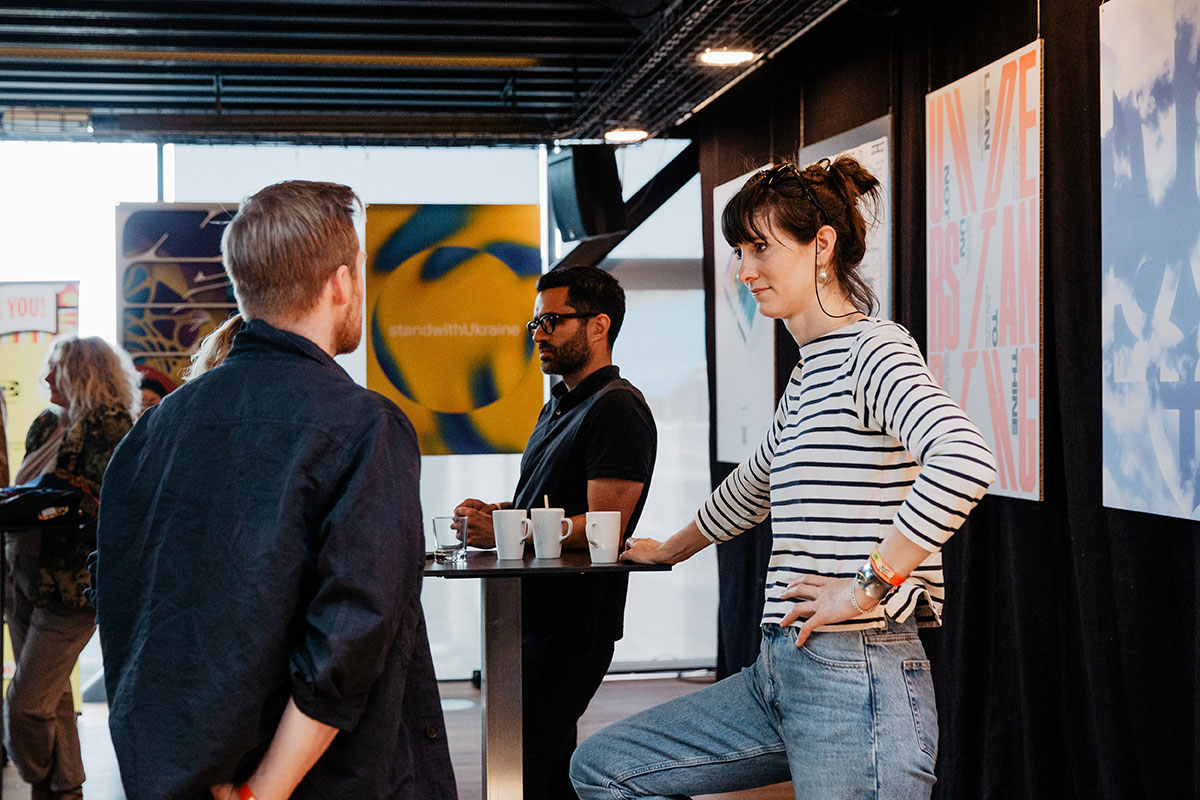 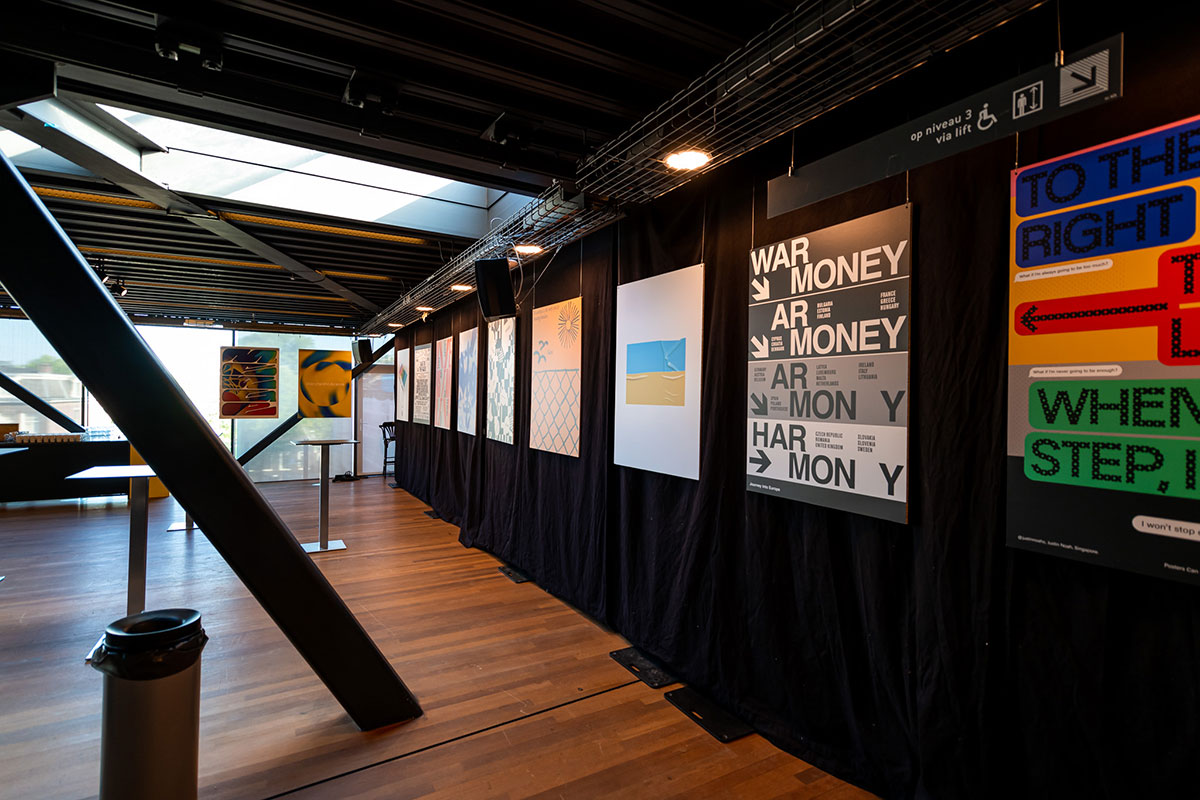 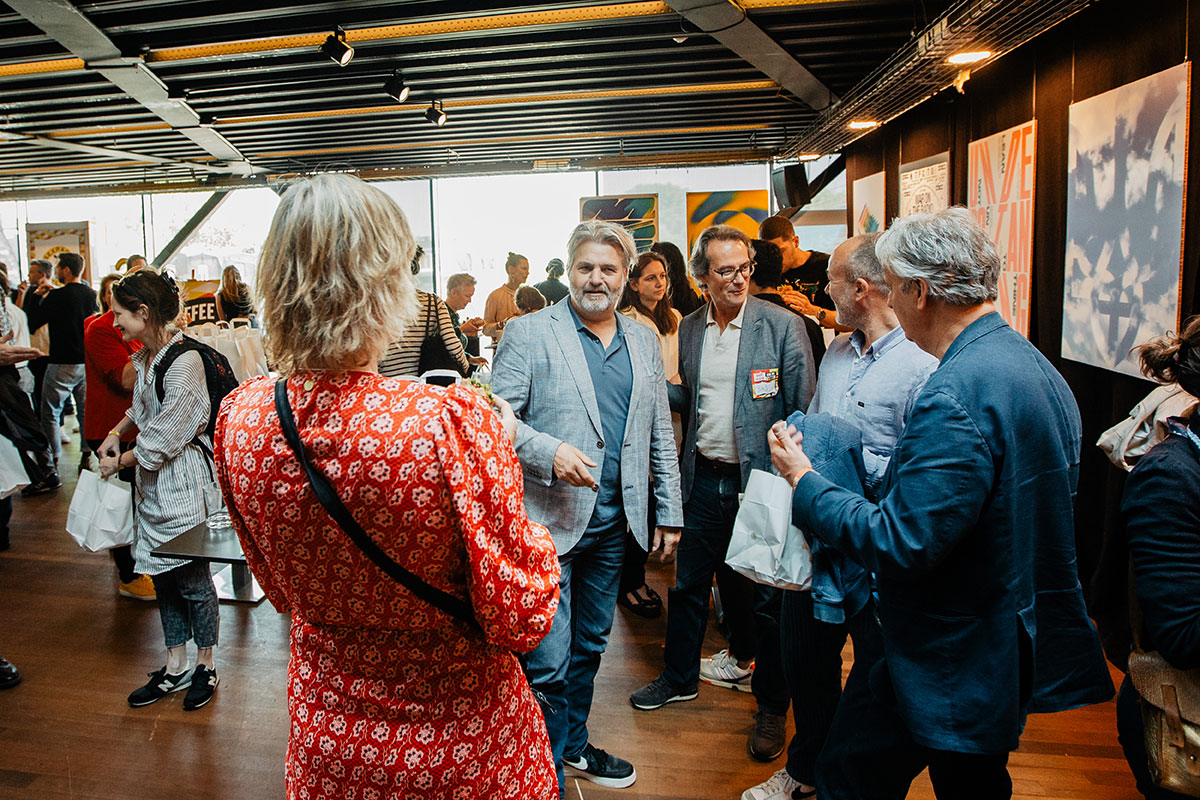 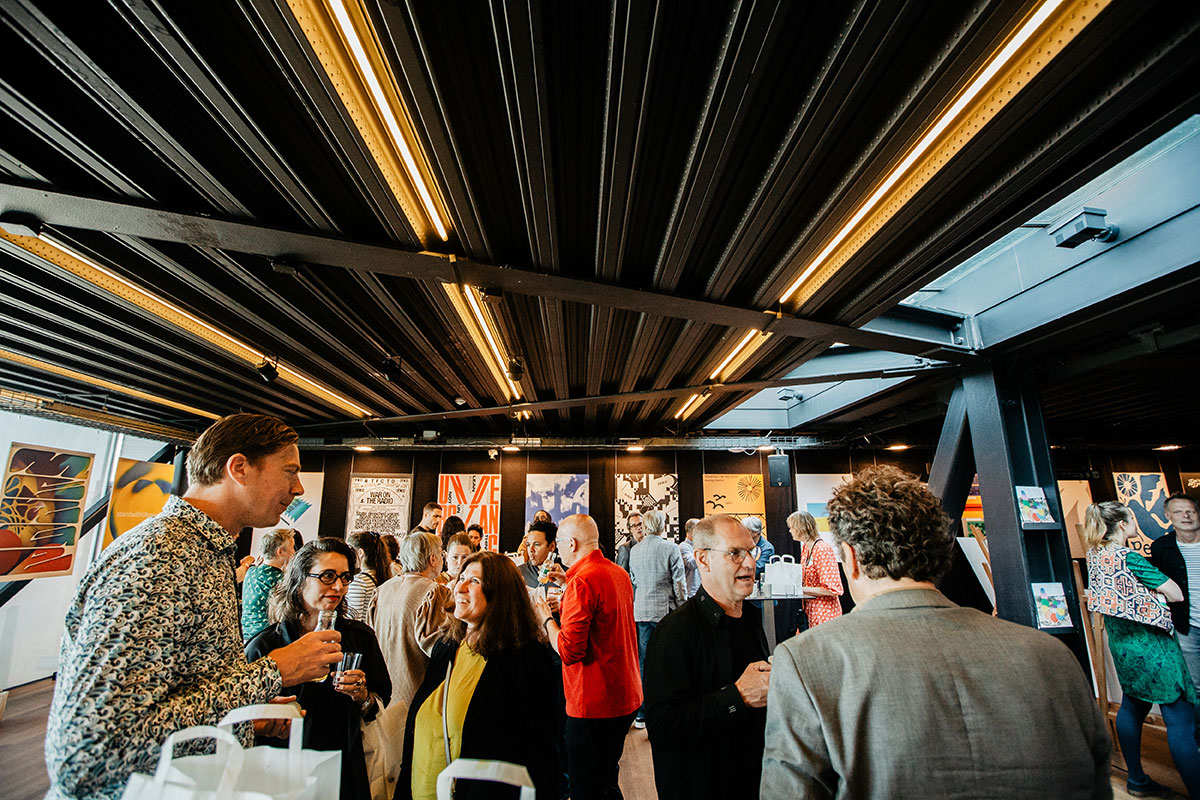 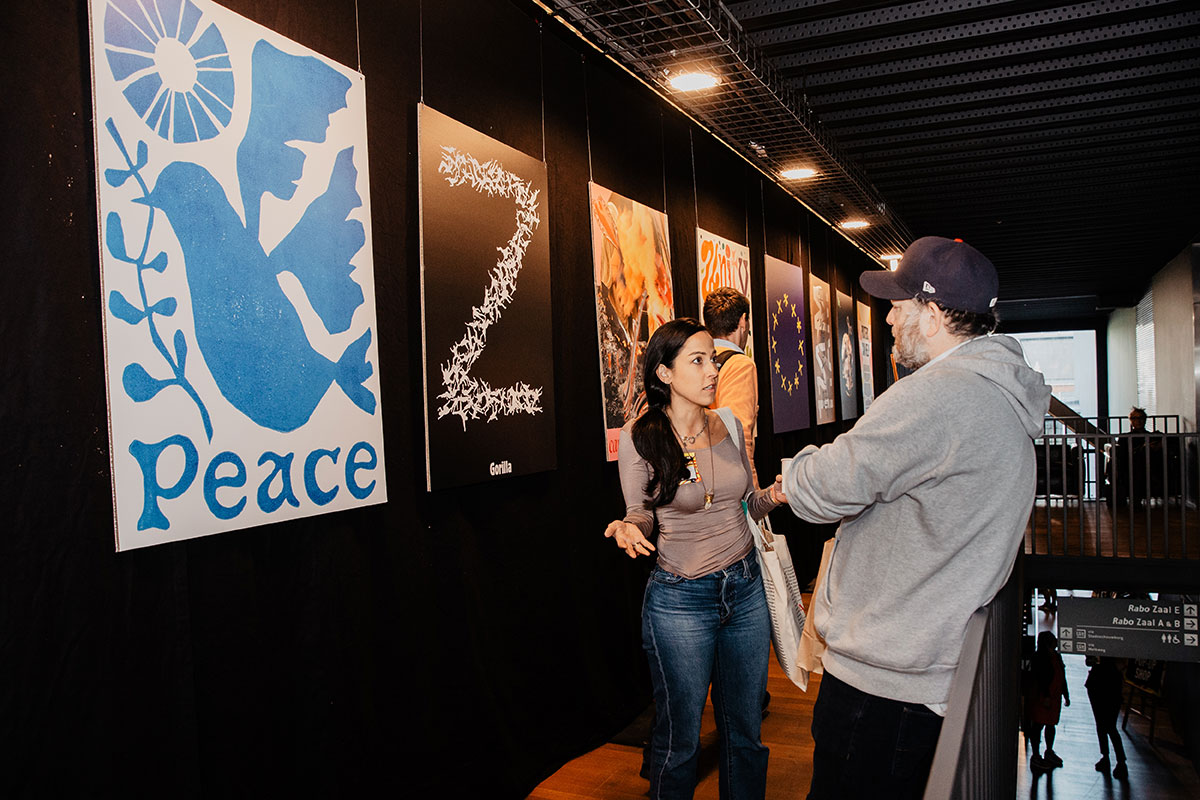 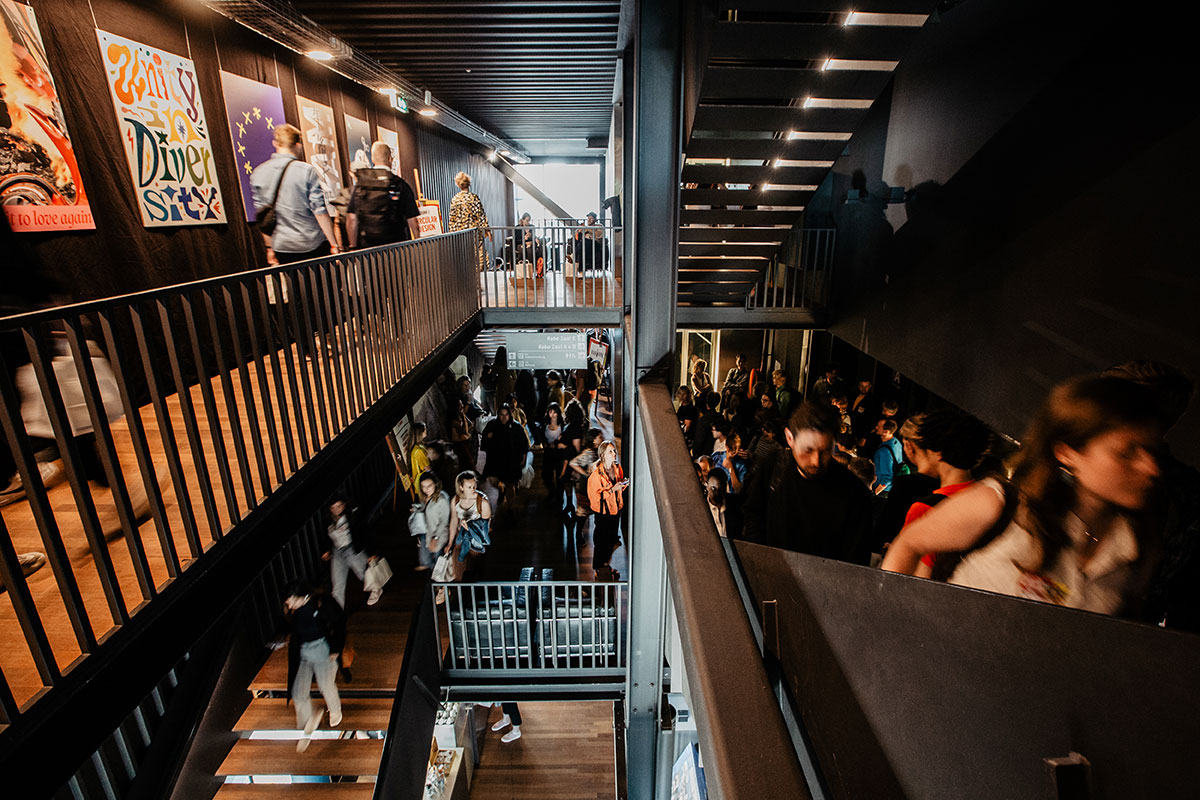 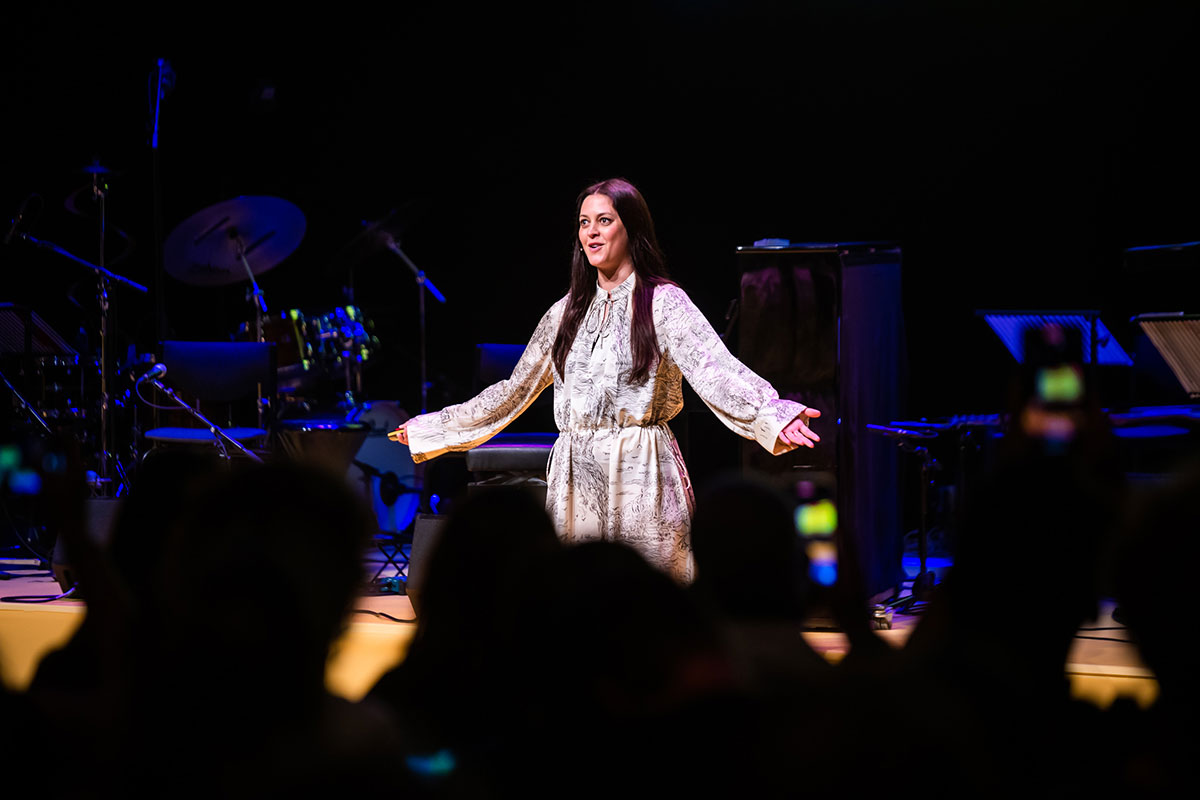 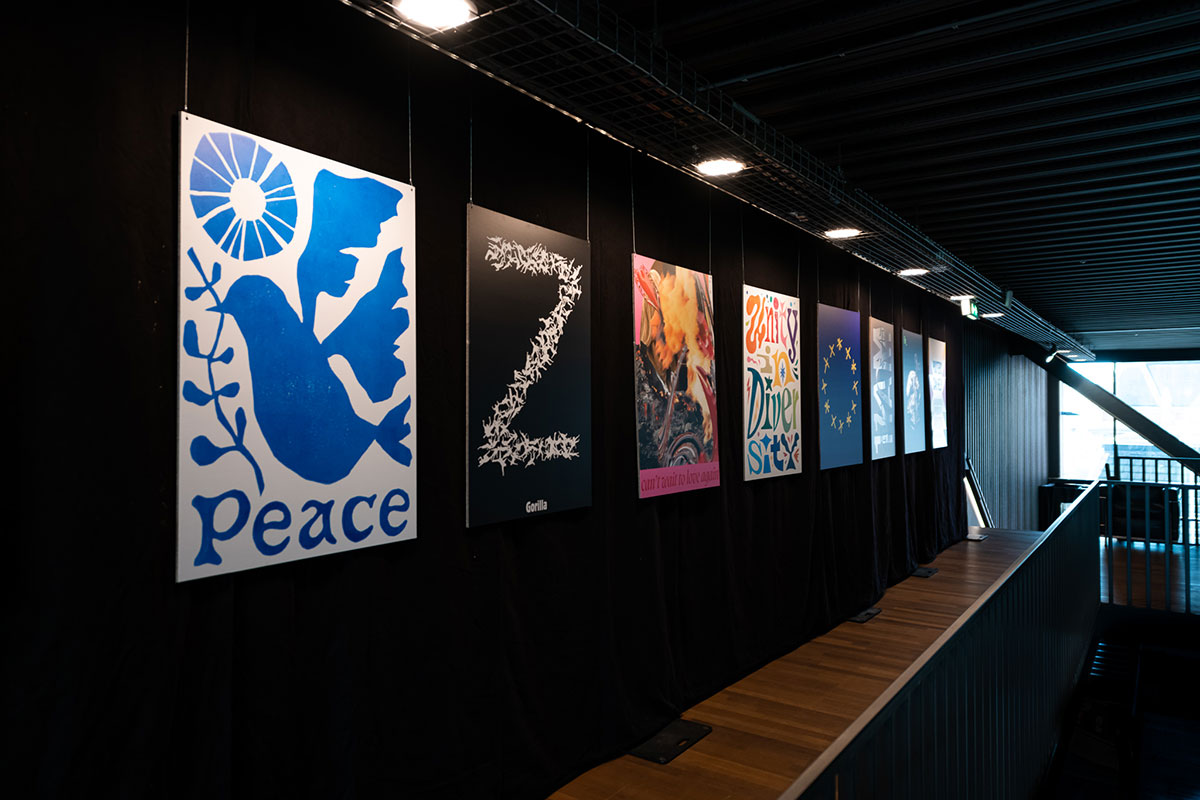 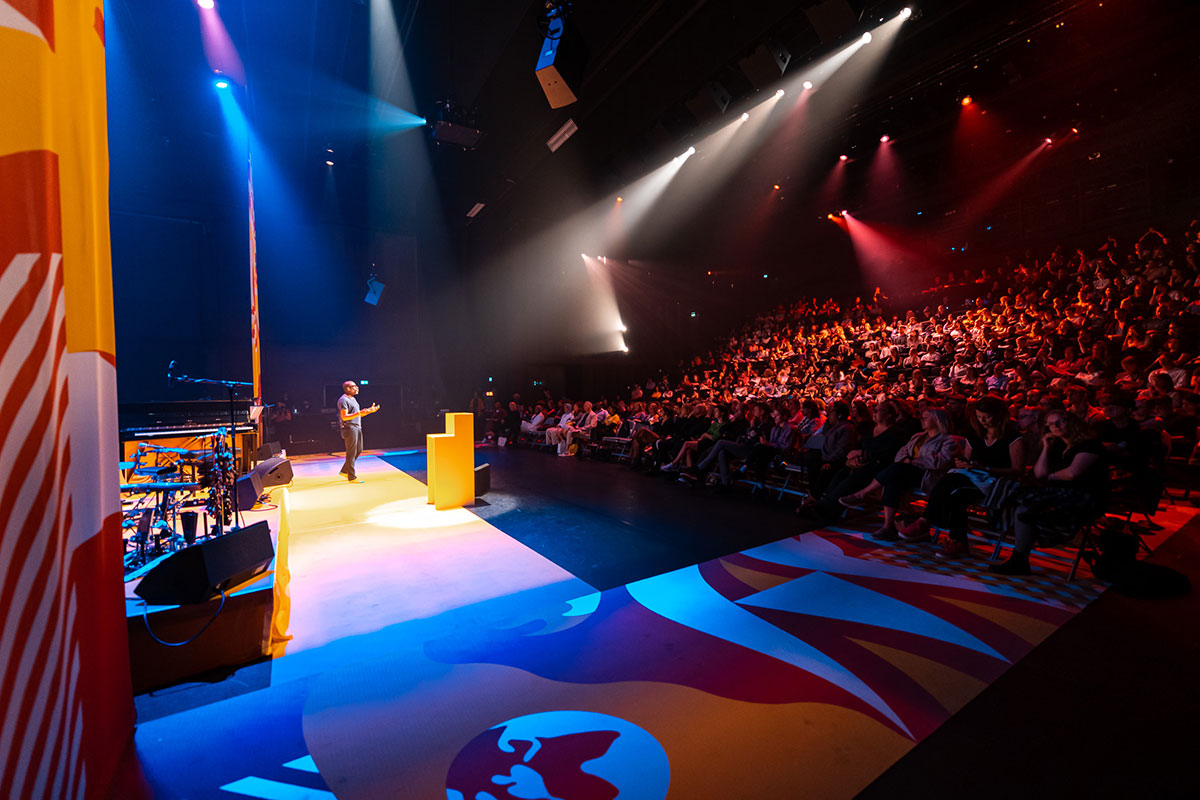 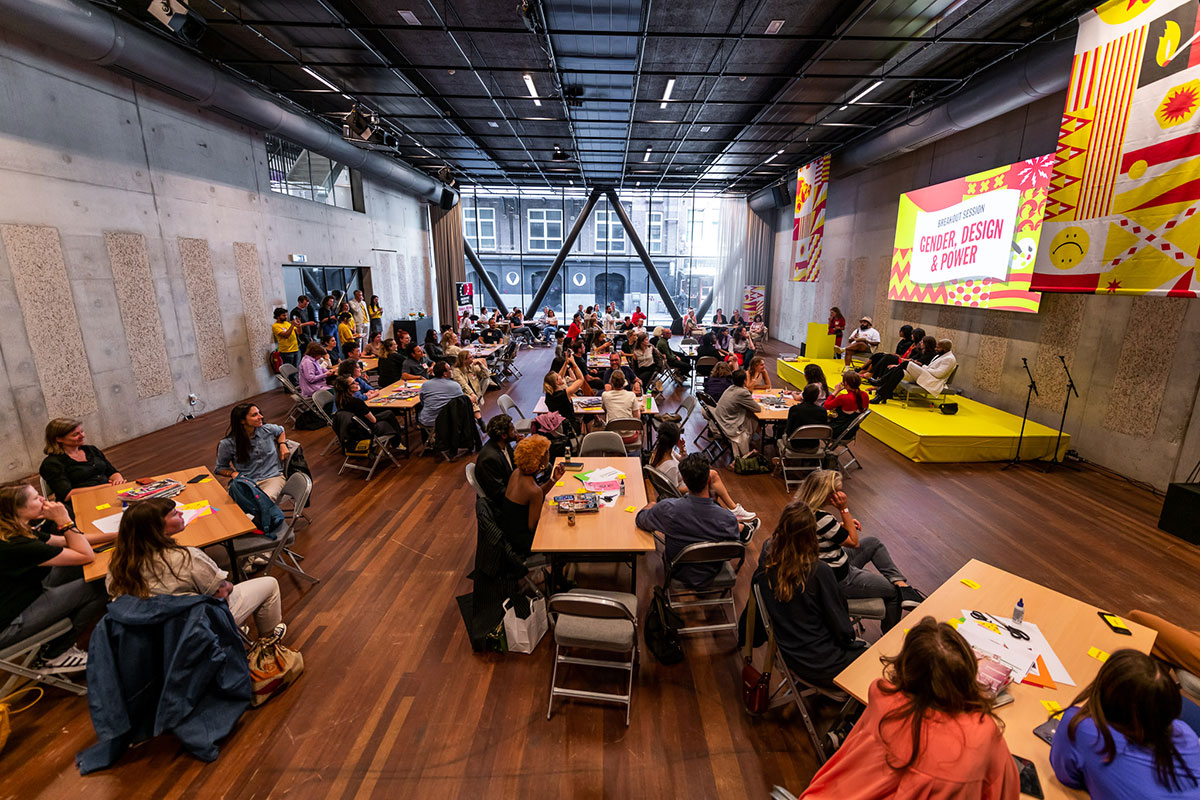