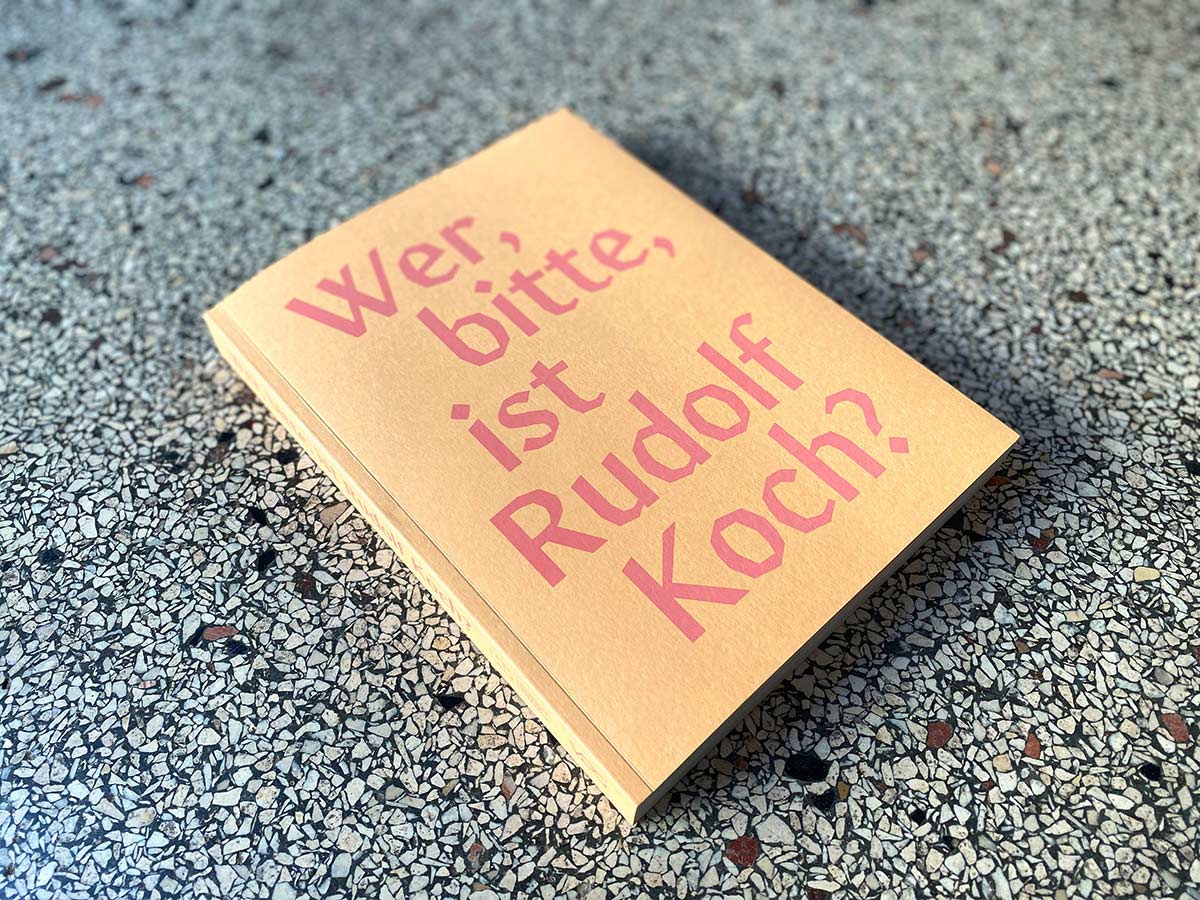 Homage to one of the most influential type designers in Offenbach

The new book Wer bitte ist Rudolf Koch? meets the concern that one of the most influential persons in Offenbach’s cultural history could be forgotten. The Klingspor-Museum in Offenbach owns and cultivates the estate of Rudolf Koch, who died in Offenbach in 1934 and whose work is still influential and inspiring today. The internationally renowned typeface artist shaped the understanding of type as a field of the fine arts and made a significant contribution to the international success of the Klingspor Brothers Type Foundry in the first half of the 20th century.

For the first time in over 50 years, a book is published that sheds light on Koch’s wide-ranging oeuvre. The designer’s work at the Klingspor Museum over the last 20 years the plays a decisive role. Thanks to the designers at the HfG, Laura Brunner and Leonie Martin, a compendium has been created that makes it pleasureably to get insight in Koch’s work. Furthermore Wer bitte ist Rudolf Koch? brings a striking chapter of art history to light, which has taken place in Offenbach. The fact that there hasn’t been an approach to the artist Rudolf Koch is evident in the design of the book. Laura Brunner and Leonie Martin, who study visual communication, have found an appealing yet appropriate form for Koch’s multifaceted personality. The cover pages of each book were screen printed in different colors, also the typeface was used in several variations. Especially for the title and the separator pages, the two students, have developed new varieties of Koch’s Types. The book is a homage to Rudolf Koch and his inspirational work, which is still appreciated in these times. 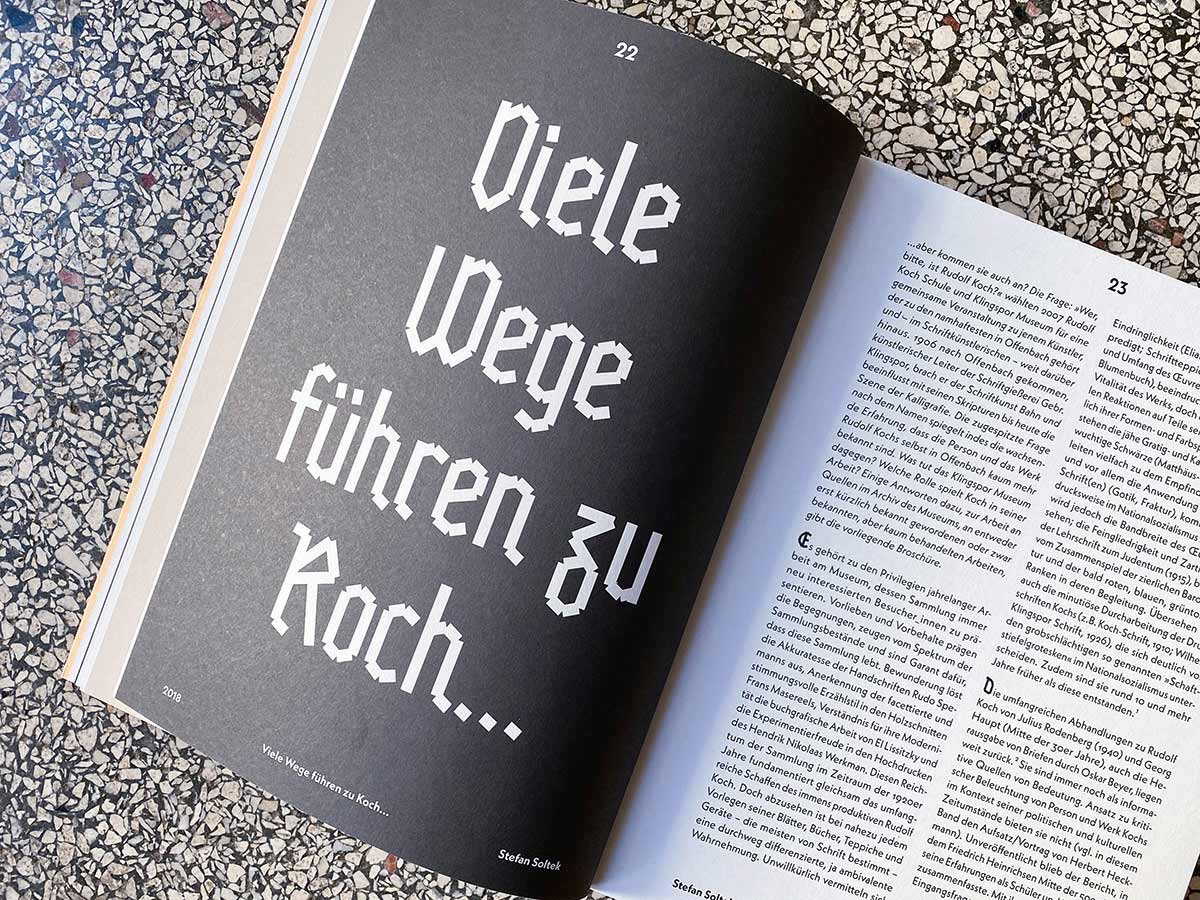 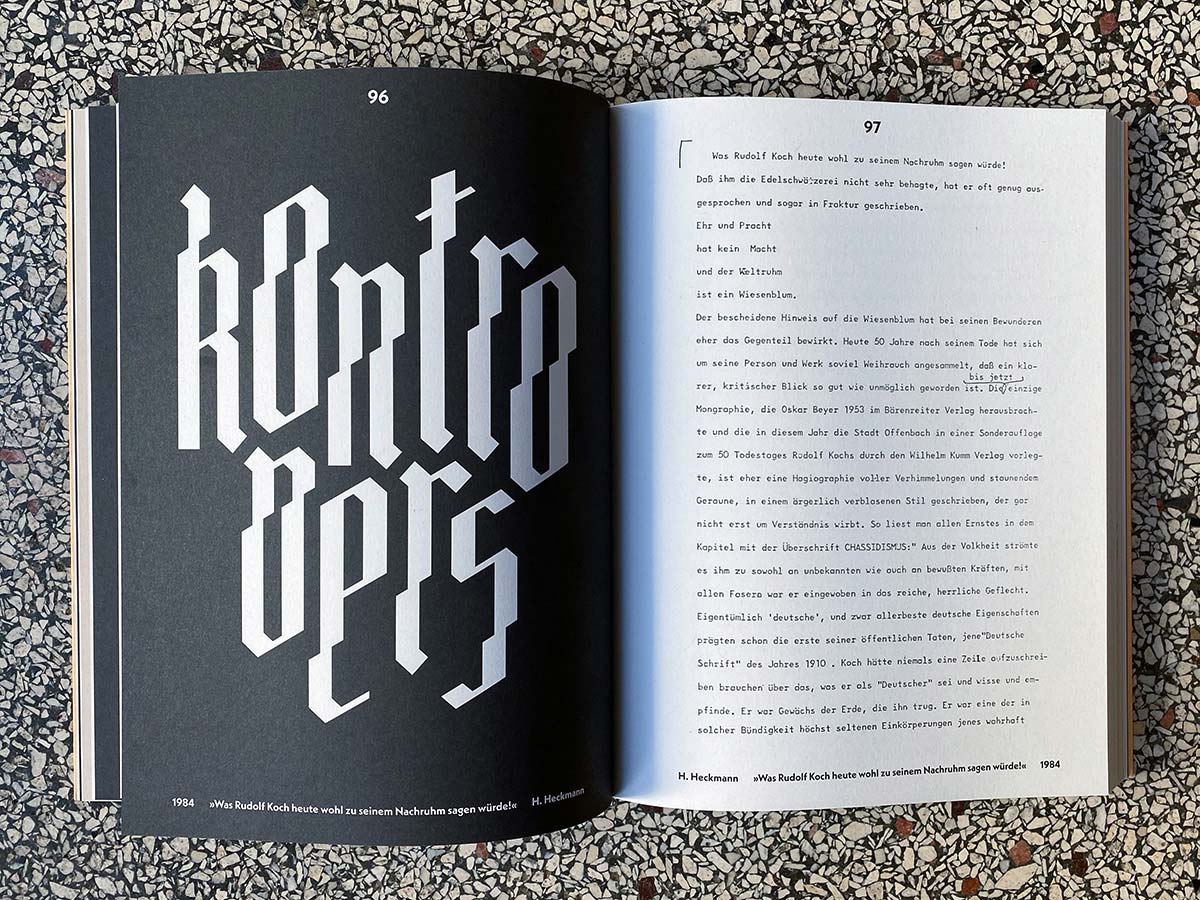 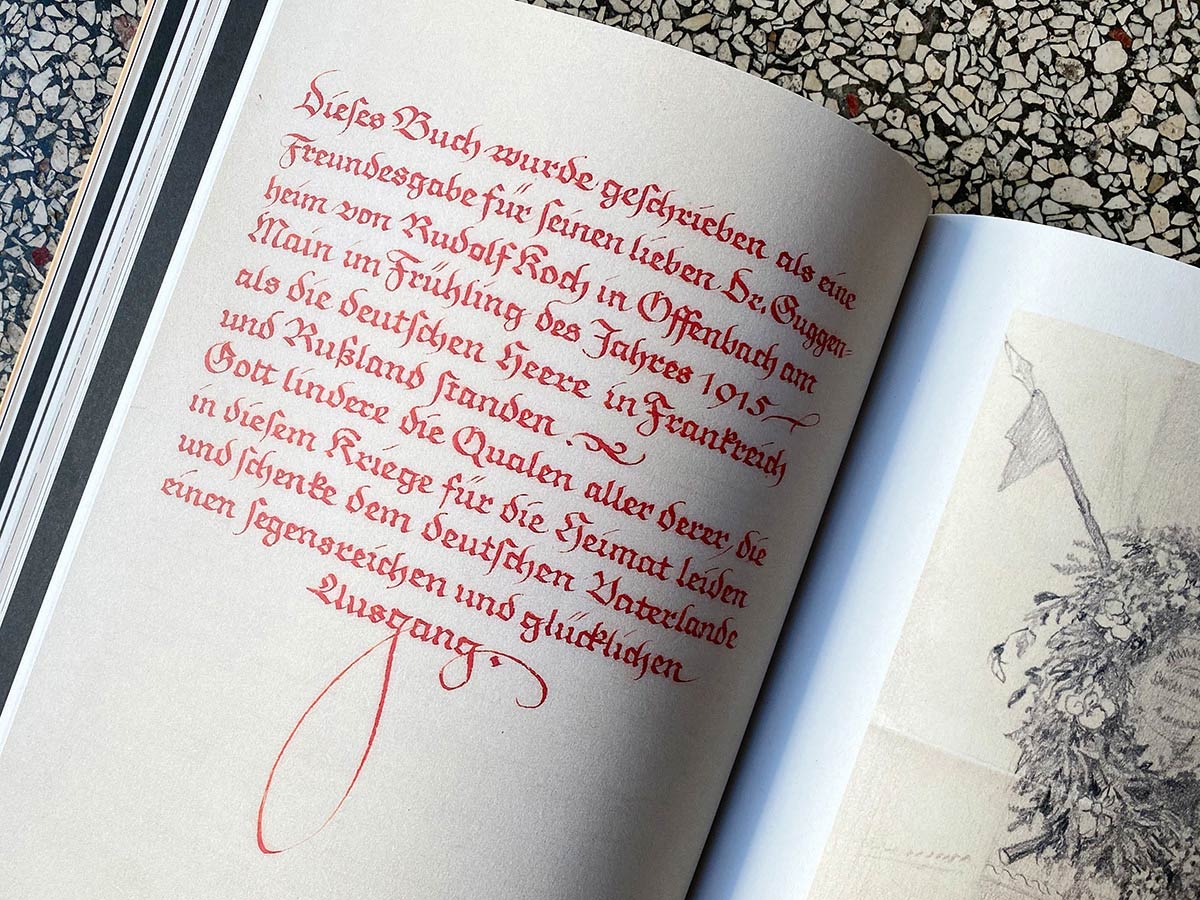 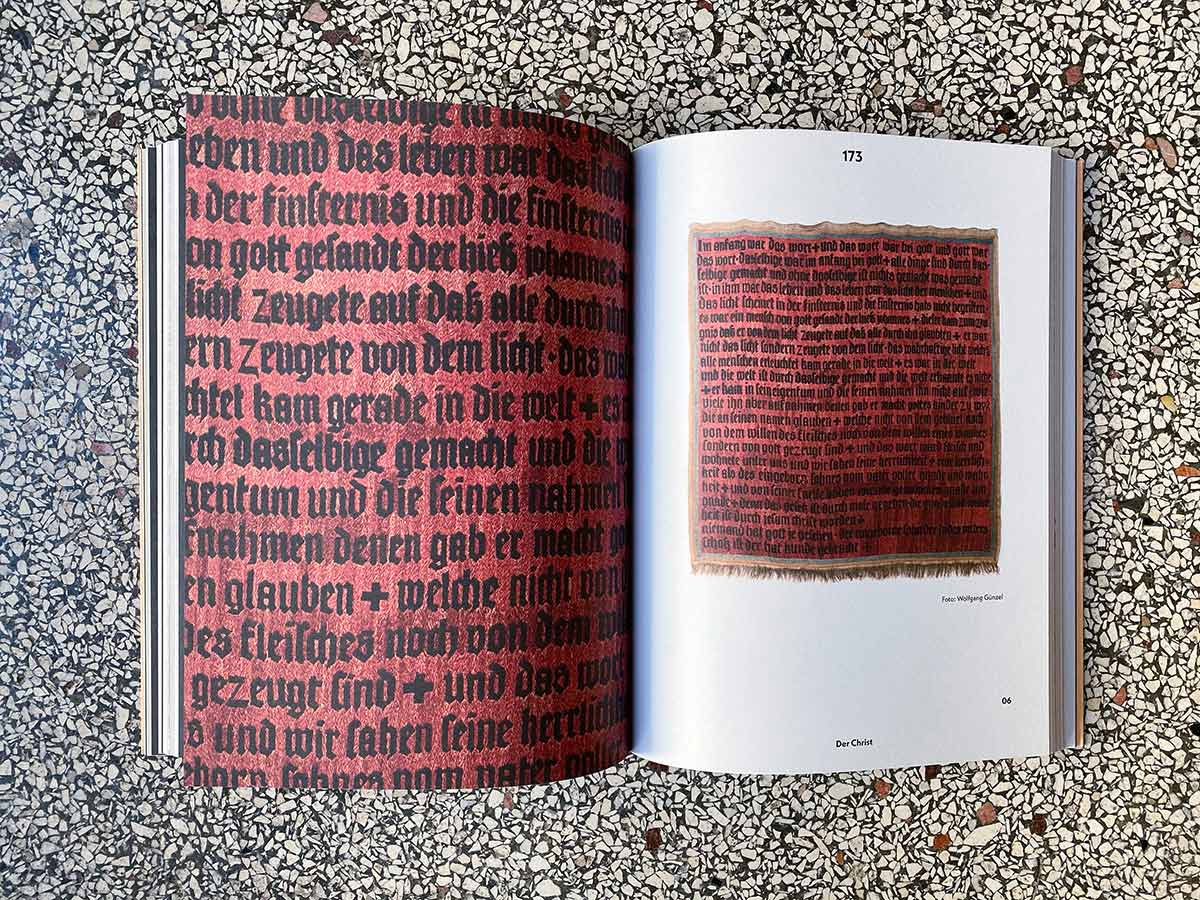 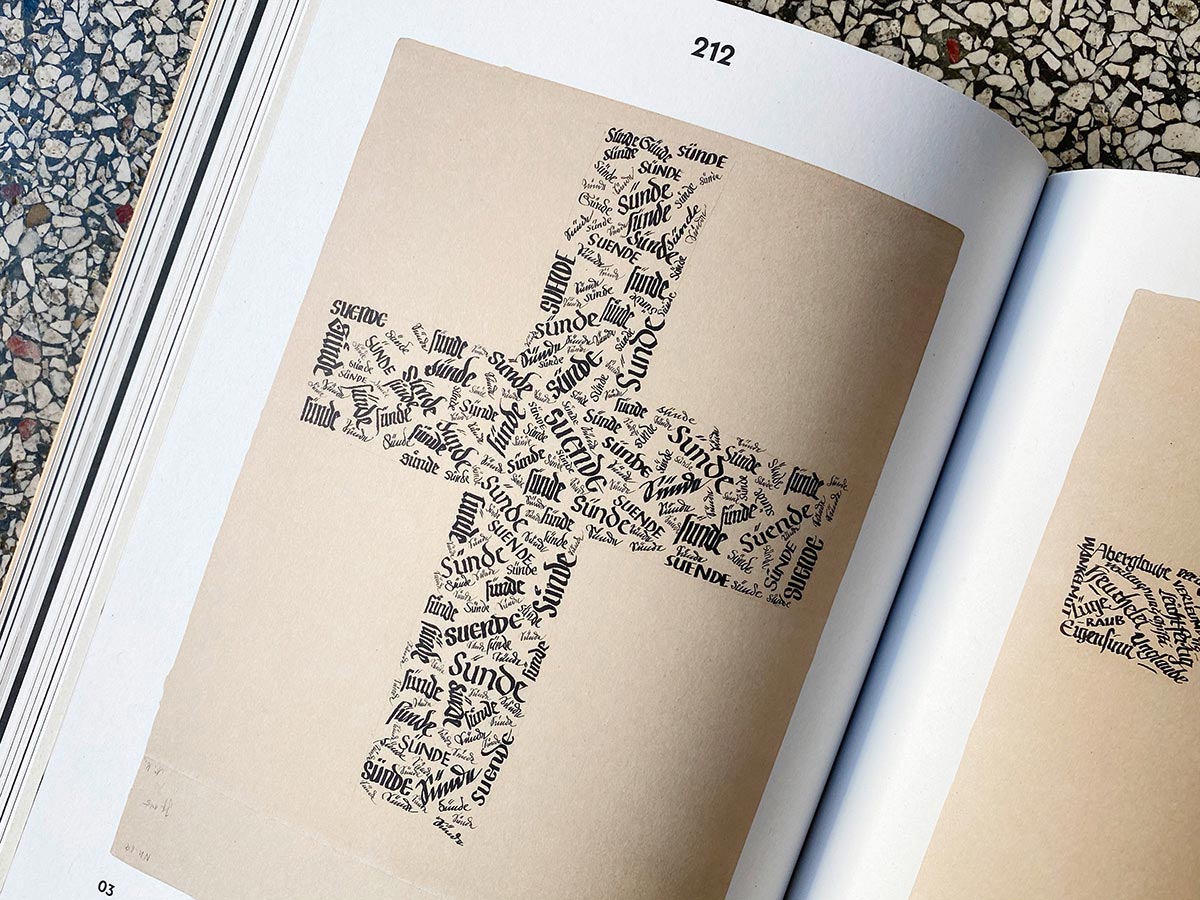 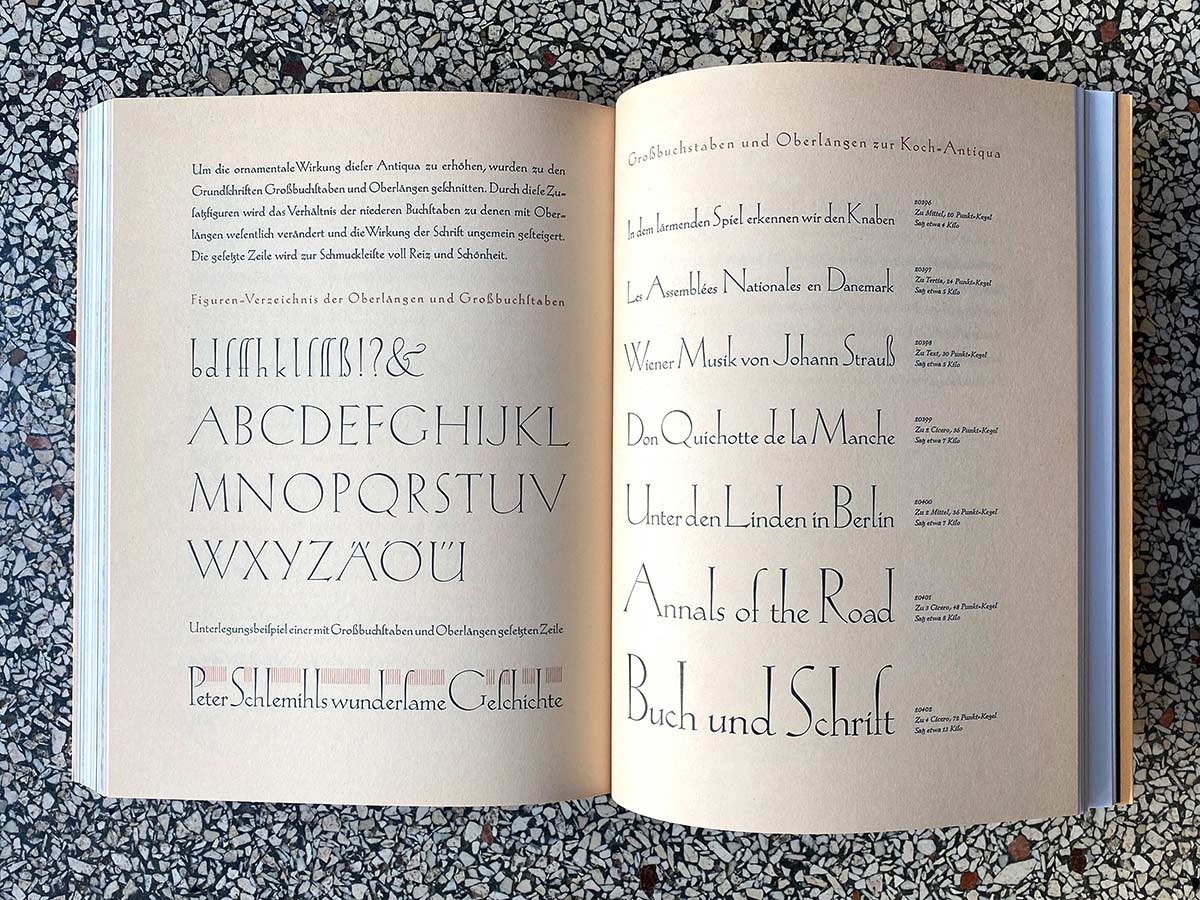 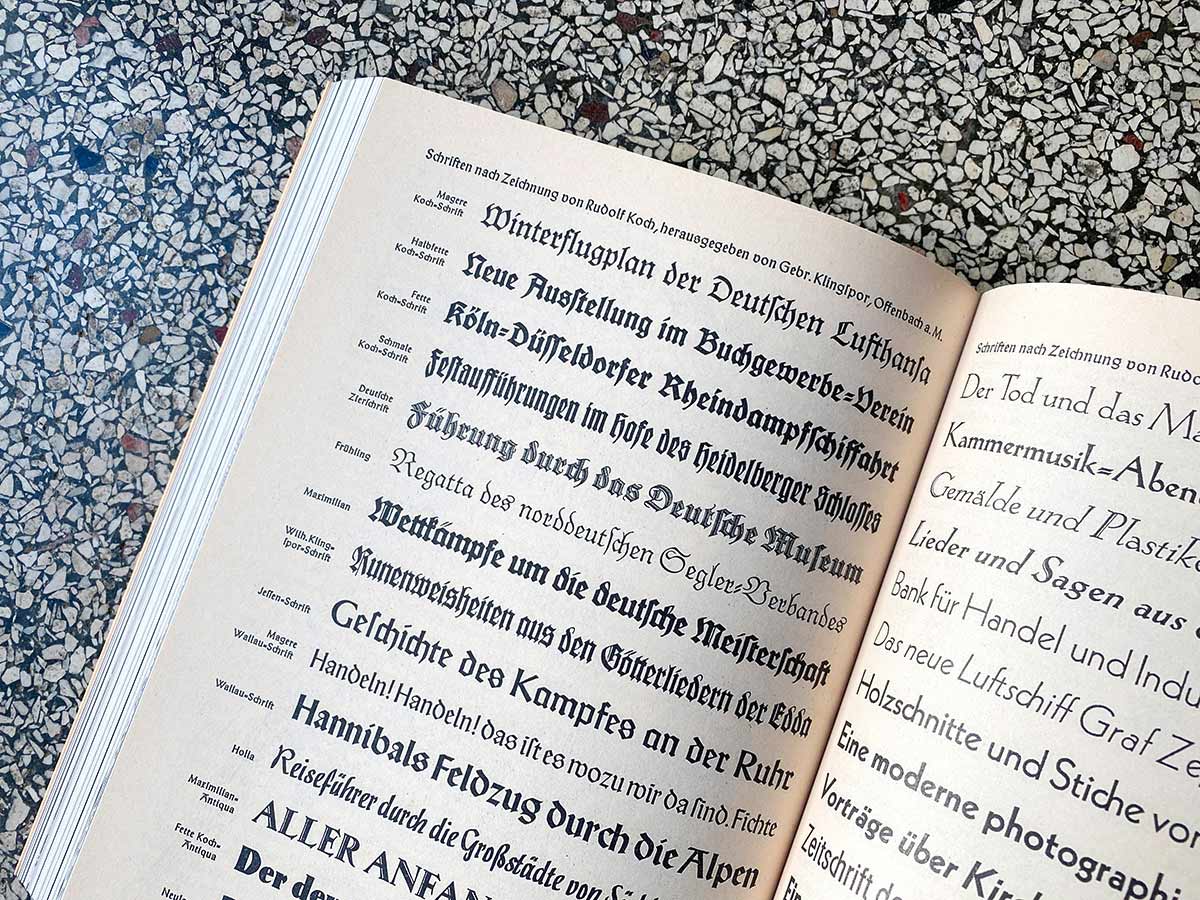 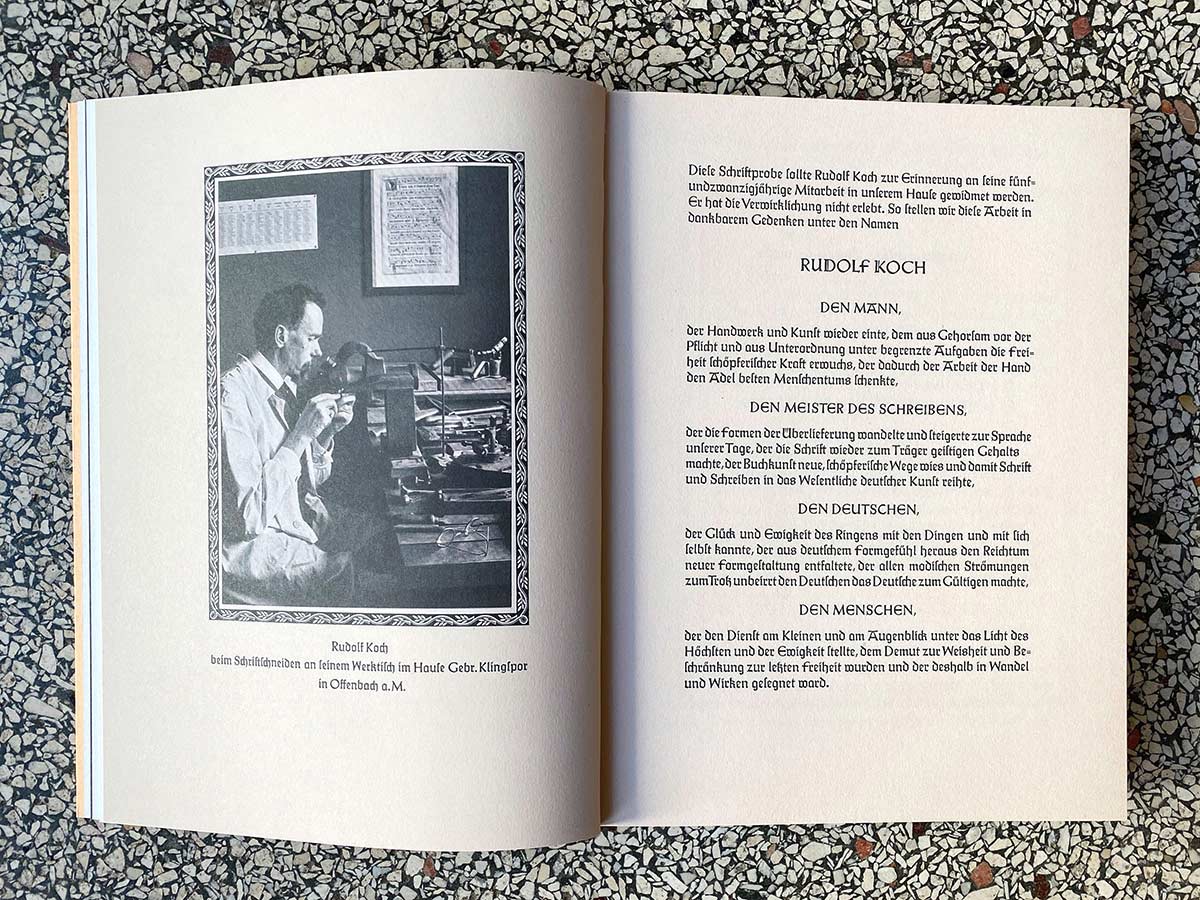