The new member’s campaign of the FC Cologne is based on an individual script font family, which takes up the look of fan banners and, together with authentic texts, creates closeness and identification with the soccer club. Through the emotional and goal-oriented design of the Cologne based advertising agency Das Hochhaus, the communication of the club was brought back to eye level with the fans. This campaign is a good example of the great influence that target group-oriented font design has.

No heroic glossy pictures of expensive football players, no flat slogans, no expensive campaign, but something that was “noticeably different”: WERDE FC—actions that appeal to the fan’s heart because they let the fan’s heart speak. Why? Because the FC Cologne needs more members. It should be 100,000 within a year. By the end of the campaign, 108,000 had said: I AM FC. 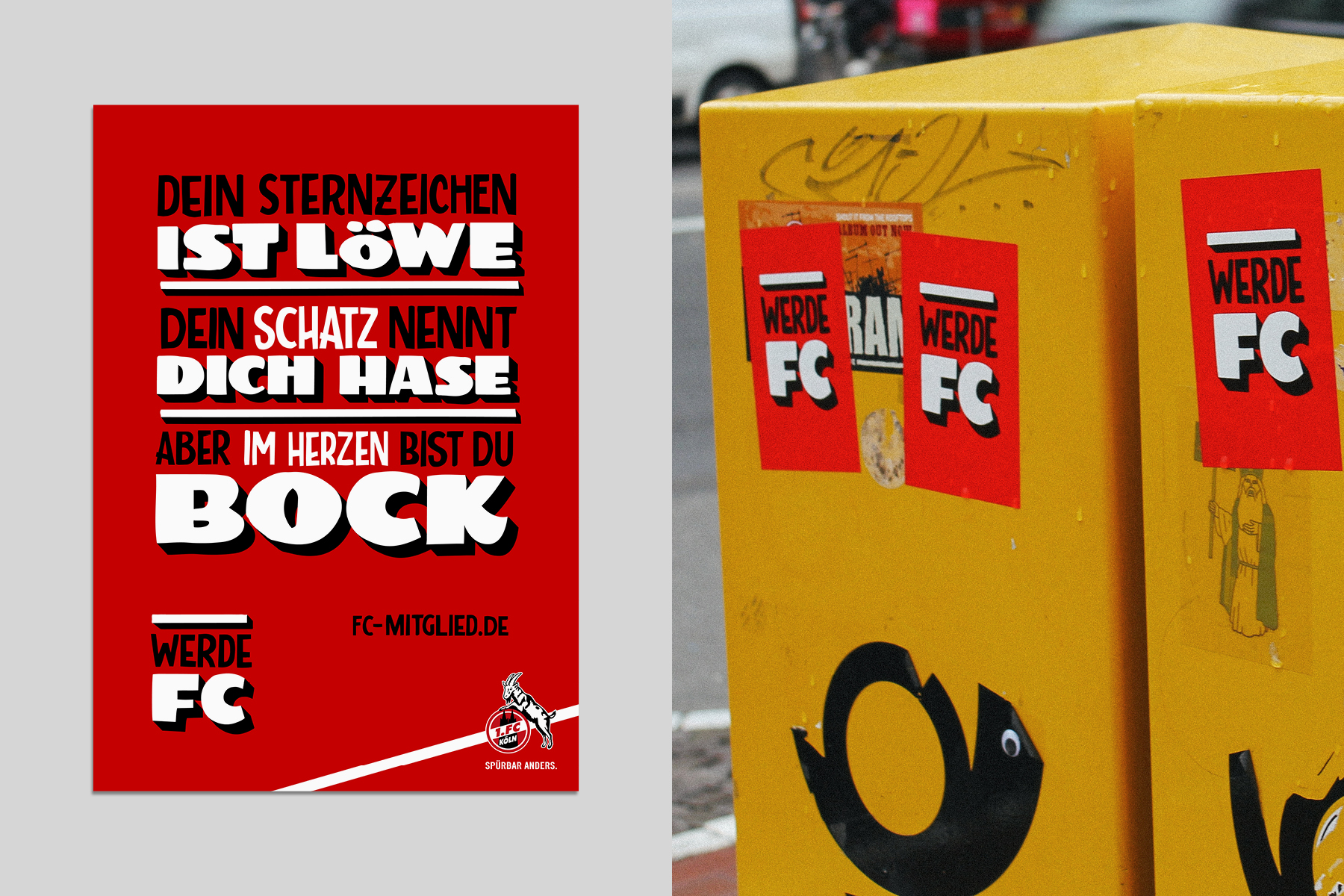 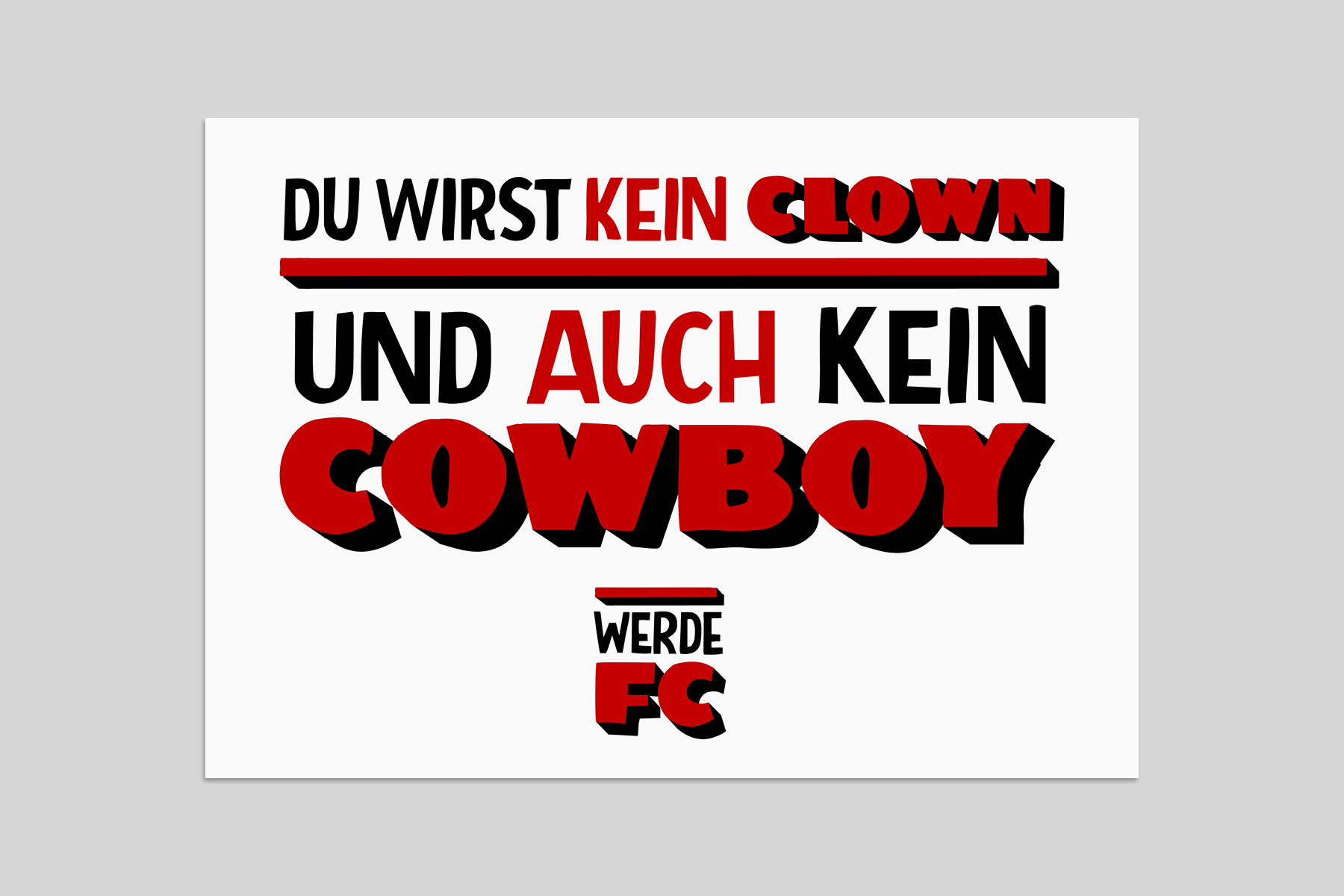 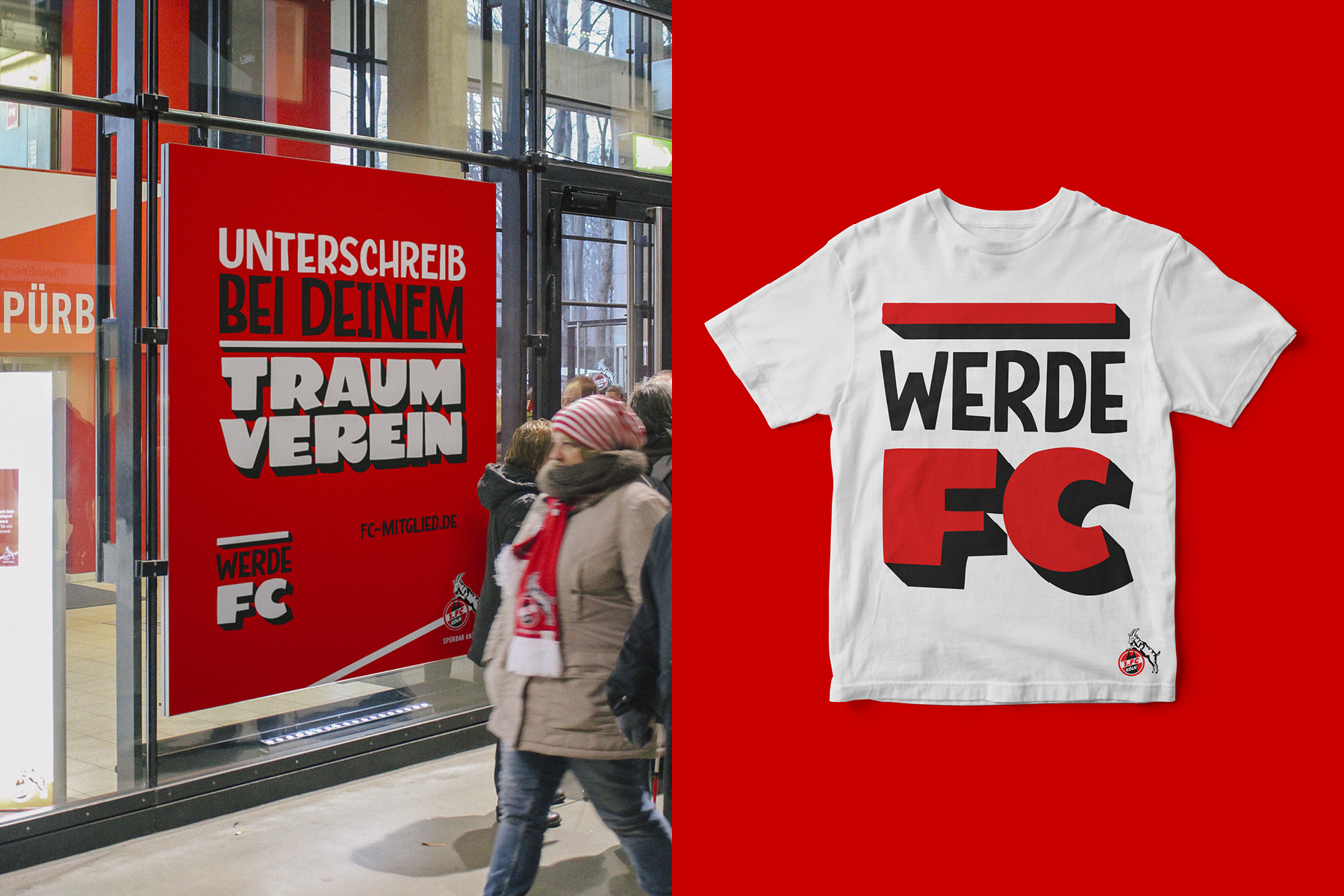 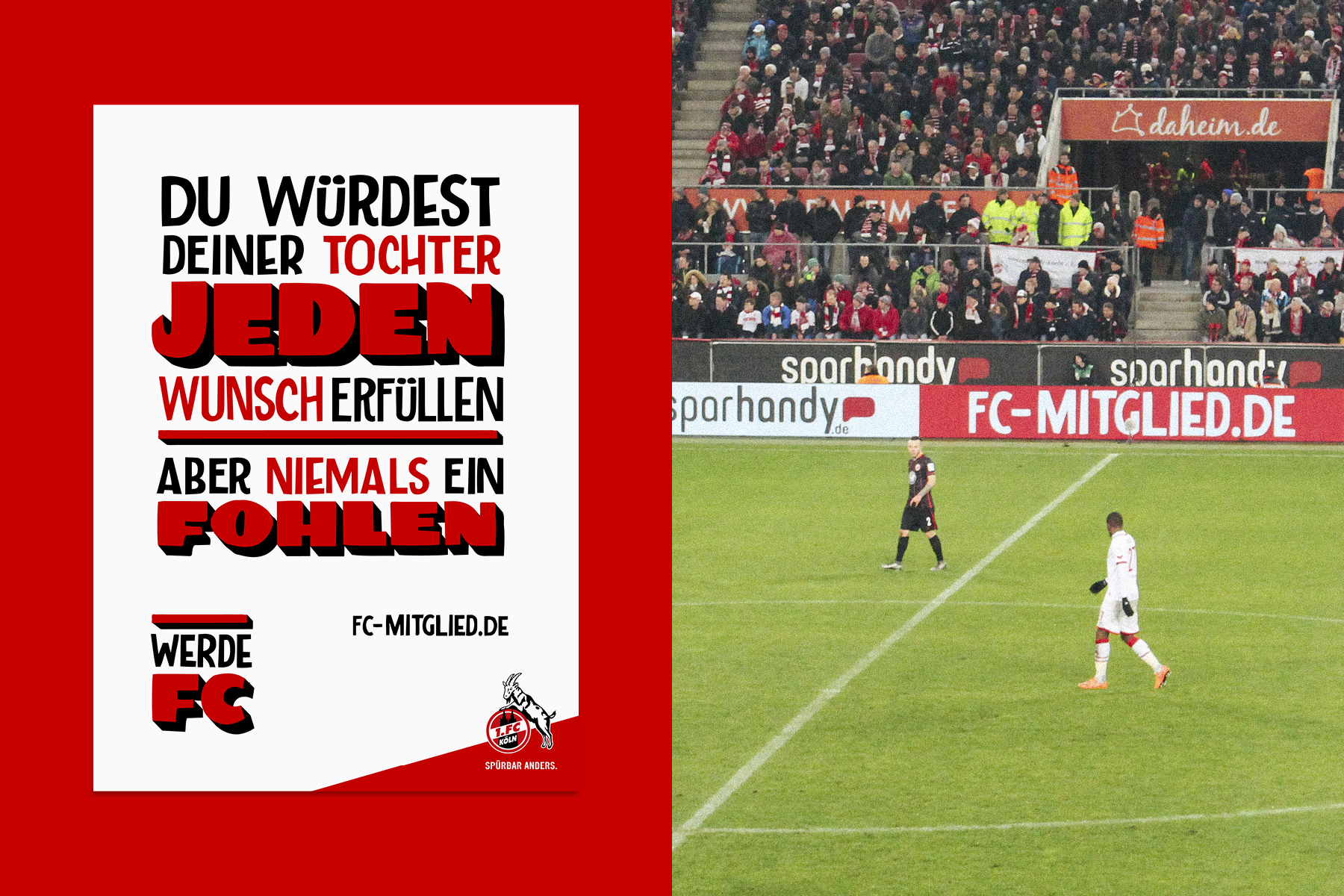 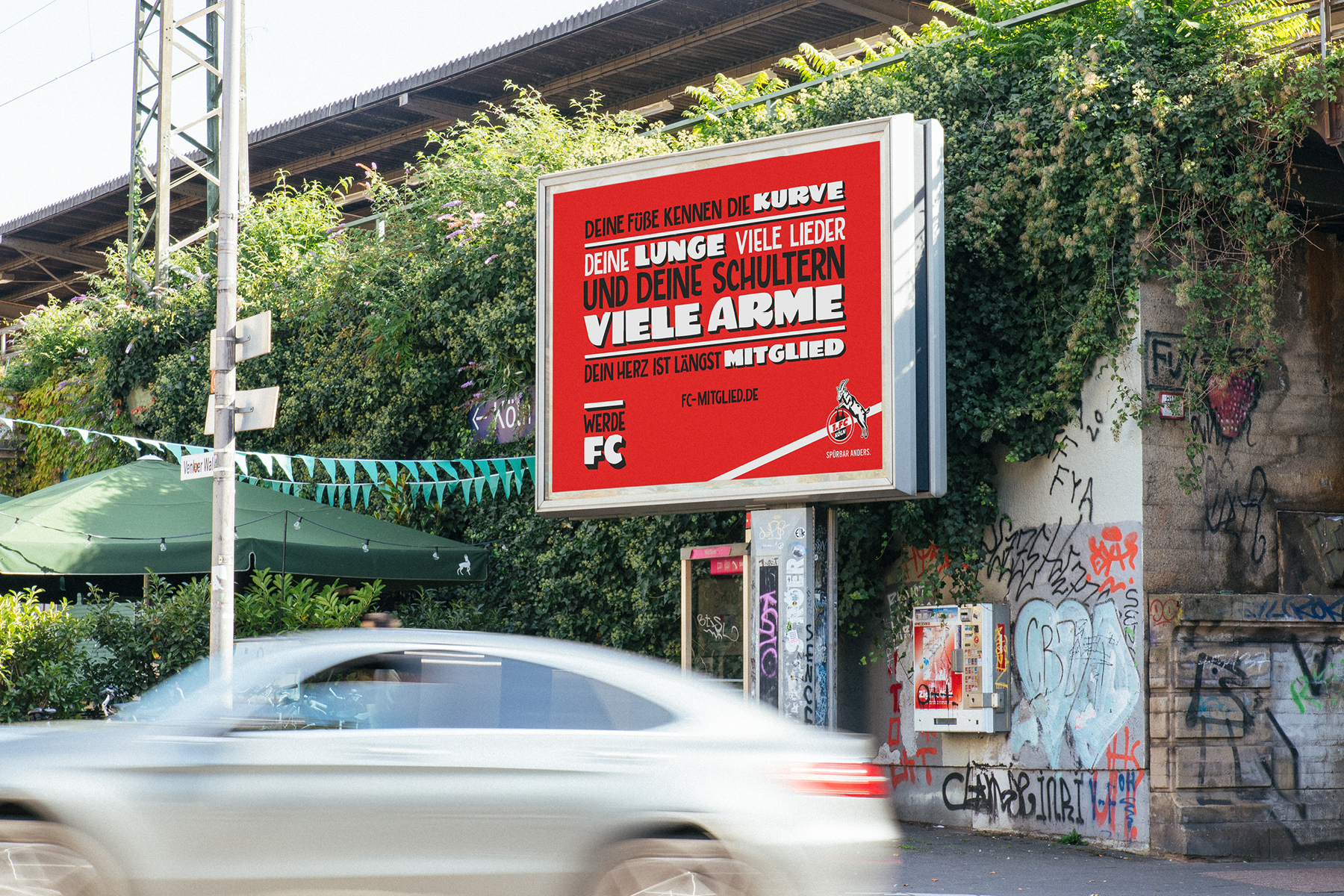 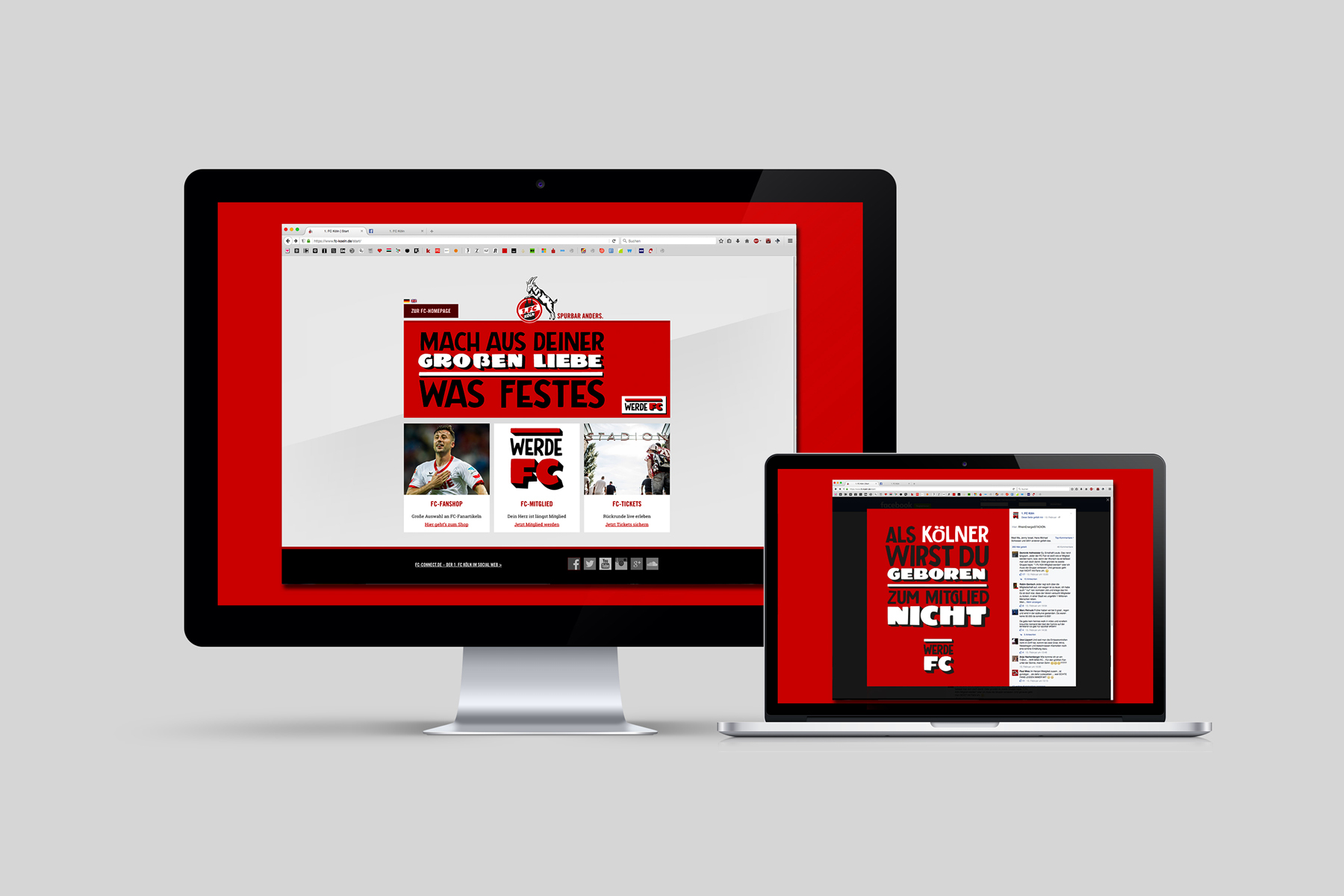 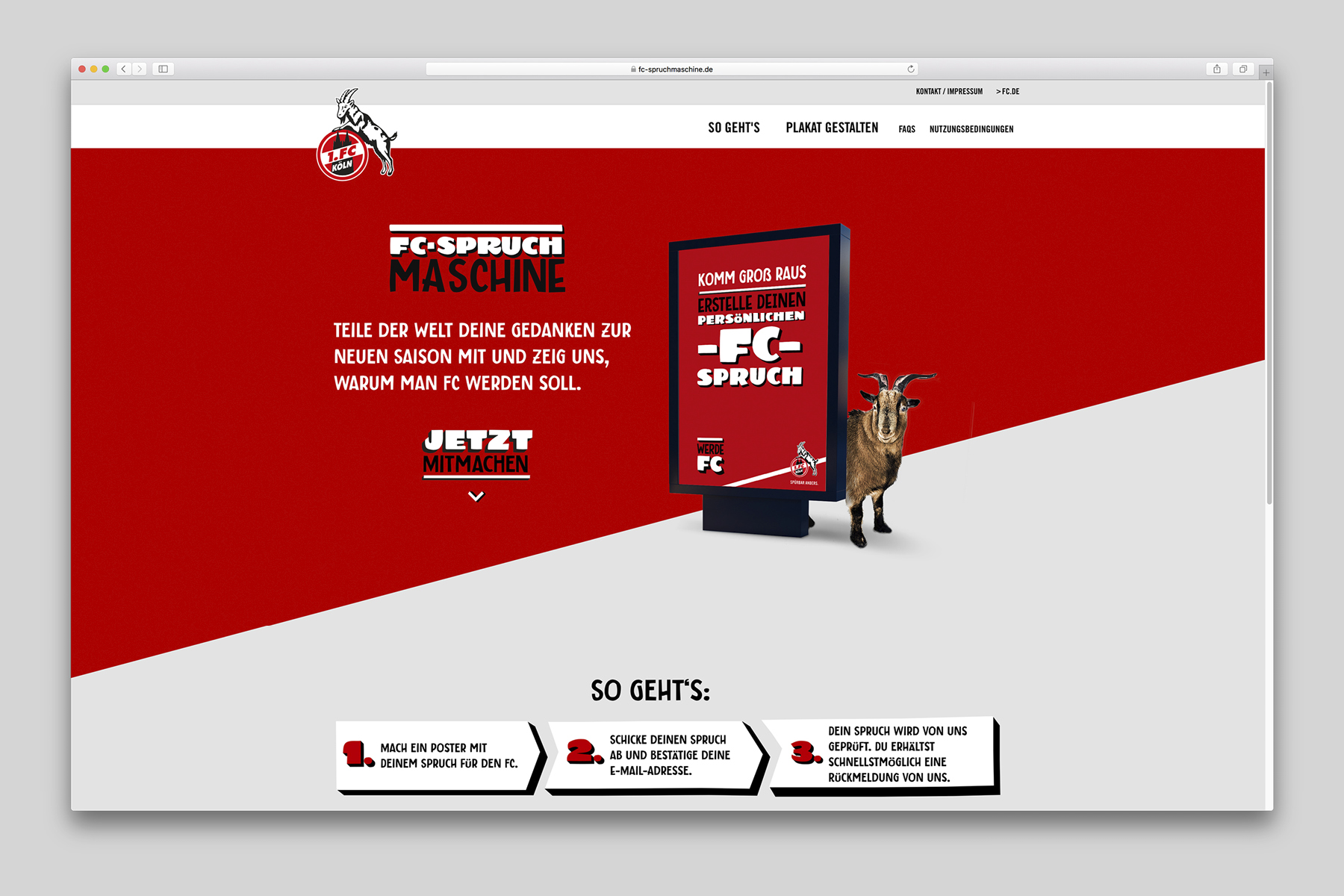