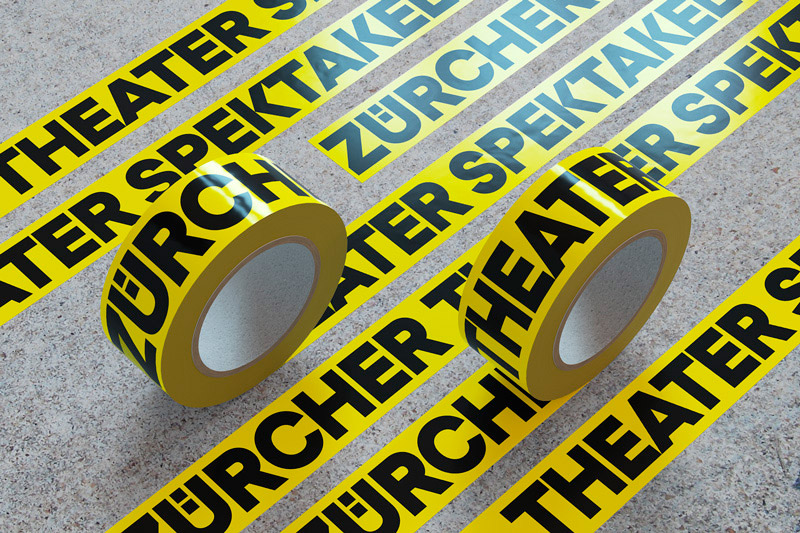 The 41st edition of the Zürcher Theater Spektakel: (Not) A festival will take place from August 13th to 30th, 2020 in an alternative form. The complete program and further information can be found here. Studio Marcus Kraft has designed the accompanying campaign: Barrier tape and scenes with crowds of people are the main elements.

When the Swiss Federal Government decided in April that major events are not permitted until at least the end of August, the festival program and the campaign were already well advanced. The renowned festival, which attracts far over 100,000 people a year, subsequently had to reinvent itself. This year, for the first time, the festival will take place in a decentralized manner throughout the city of Zurich.

“We decided early on not to make a festival only with those artists who can still travel, but to look for ways in which art from distant places can still reach as many people in Zurich as possible,” says artistic director Matthias von Hartz.

Within a very short time, Studio Marcus Kraft developed the appropriate campaign. Scenes from past editions of the festival are shown, which are guaranteed not to happen this year: Densely packed crowds and hundreds of people queuing up. In black and white, the pictures almost seem to be from some other era. They are crossed out with yellow tape, which carries the most important information about the event. The claim in German can best be translated as “(Not) A Festival.”

“The fact that we cross out the photos with barrier tape is of course also a visual reference to today’s time—since the emergence of the corona virus, barrier and adhesive tapes have shaped our everyday lives. The yellow ribbons will not only adorn all media of the festival, but will also be used at the various venues,” says art director and designer Marcus Kraft.

This year’s highlights include the Lithuanian indoor beach opera “Sun & Sea,” which won the Golden Lion at last year’s Venice Biennale; a mobile interactive work by choreographer William Forsythe that will travel through Zurich for ten days; an international radio ballet; a pandemic simulation; pop-up street art; and collective listenings on 100 picnic blankets.

Zürcher Theater Spektakel: (Not) A festival

Where?
City of Zurich
Switzerland 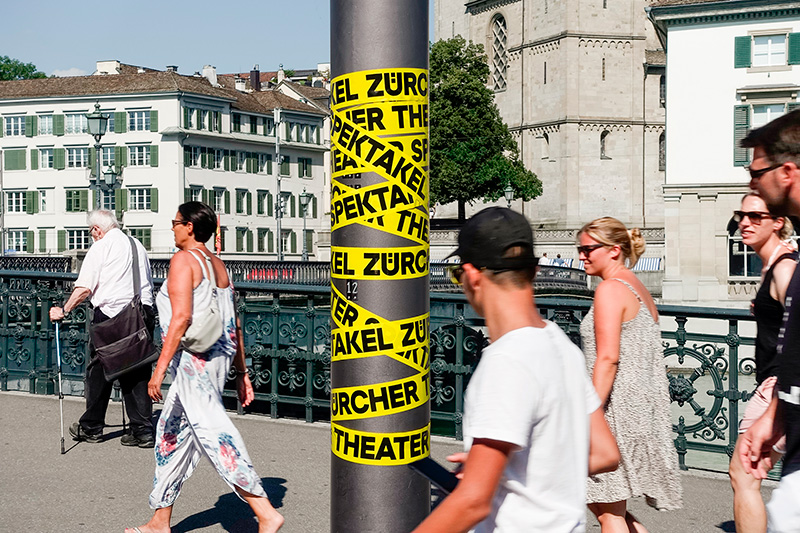 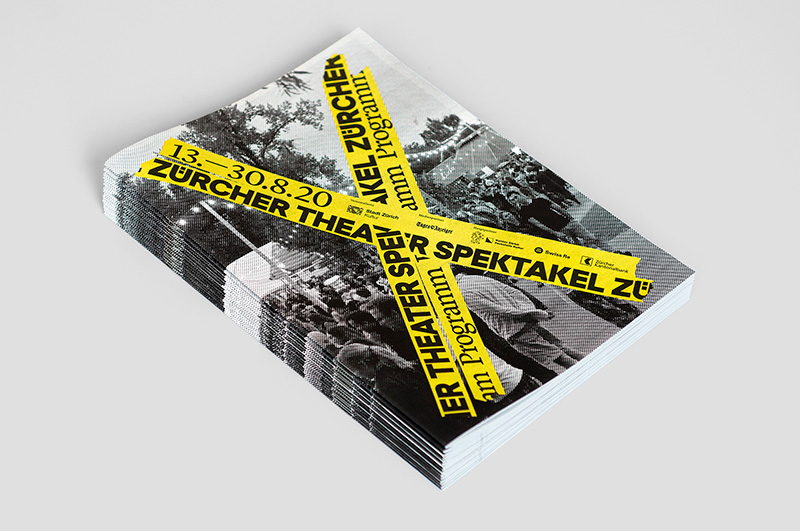 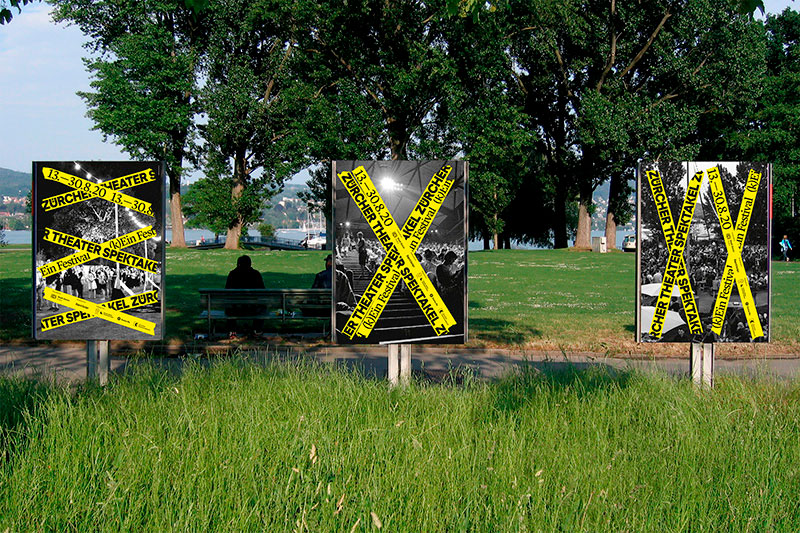 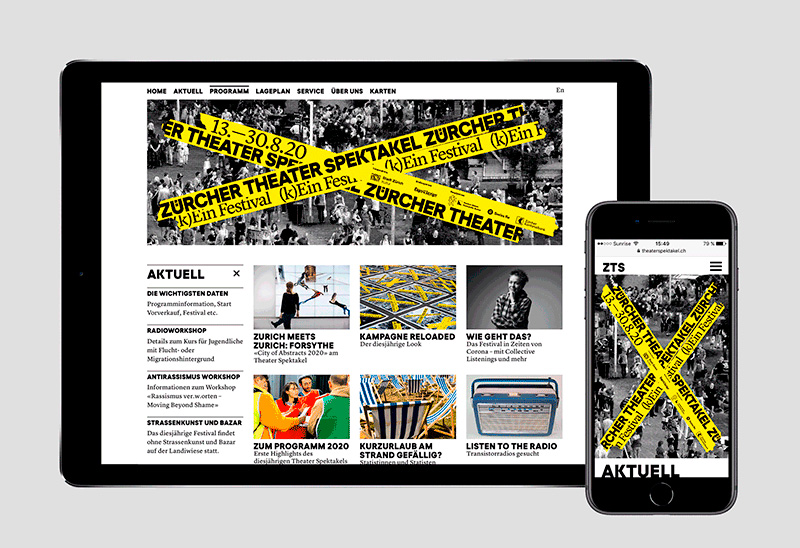 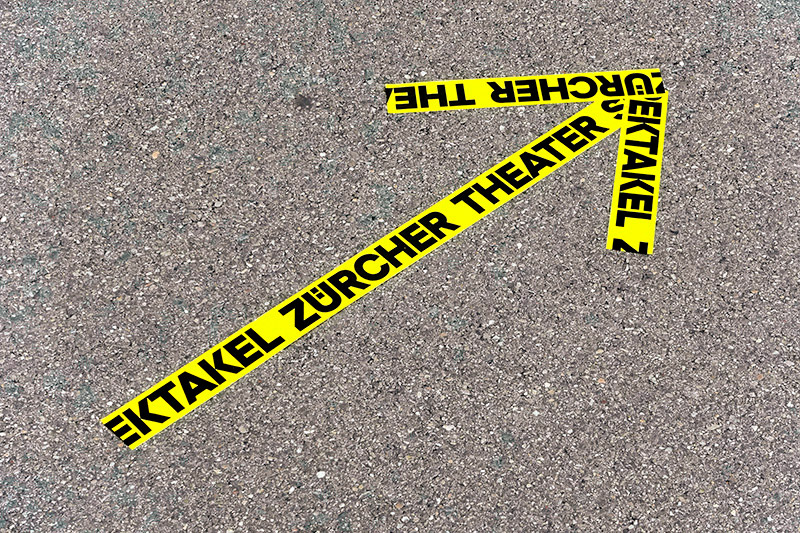 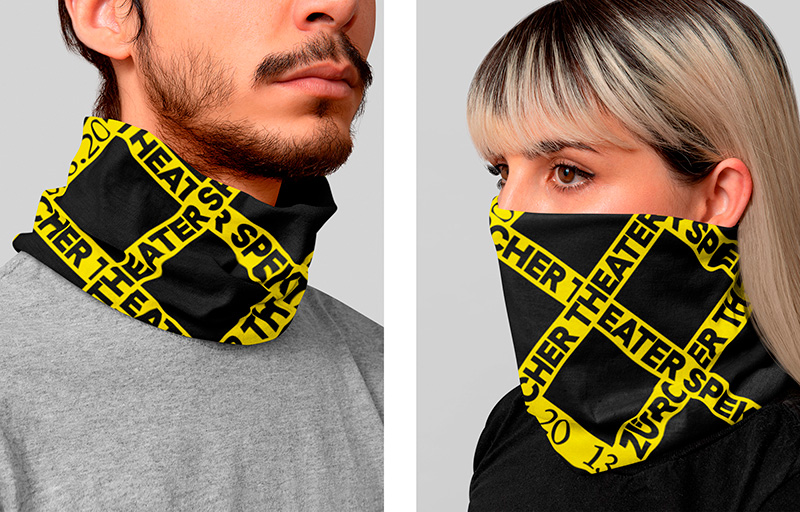 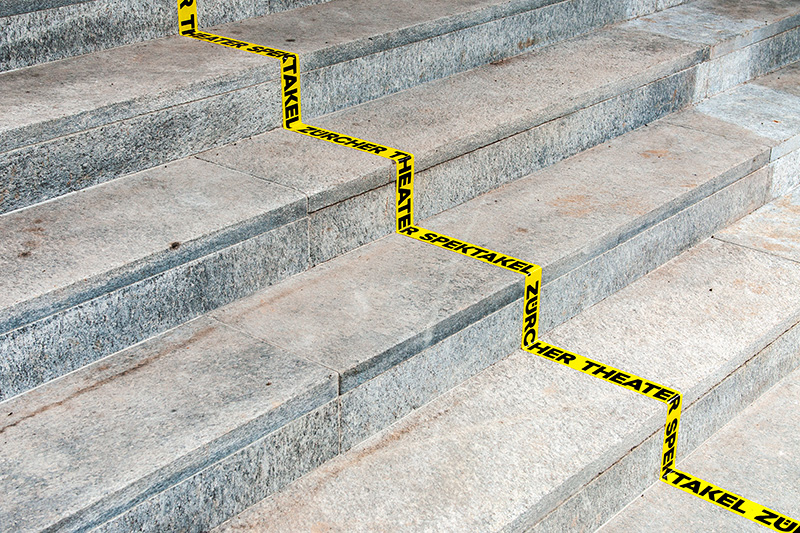 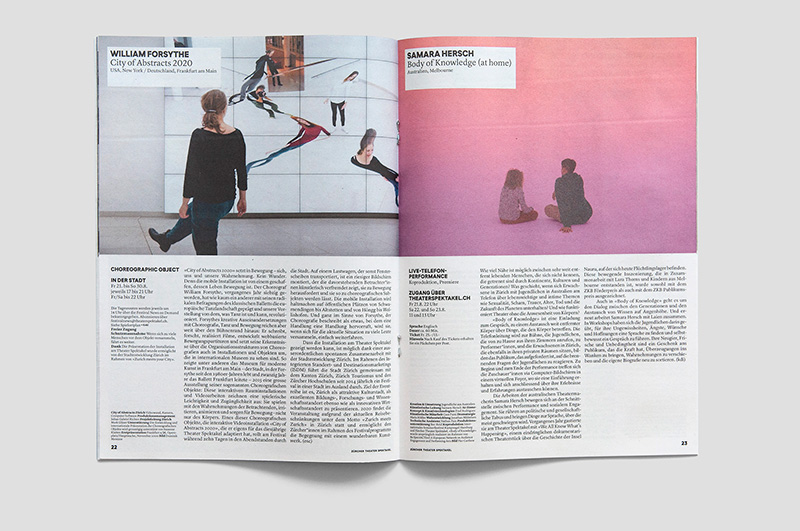 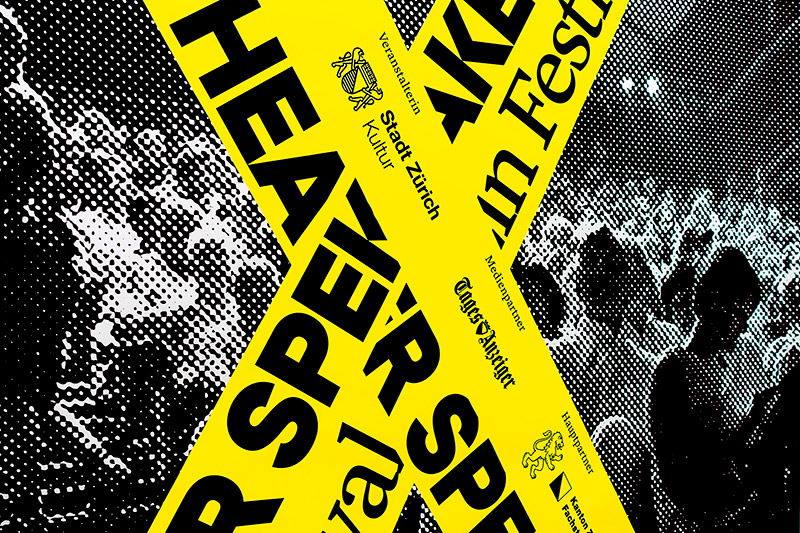