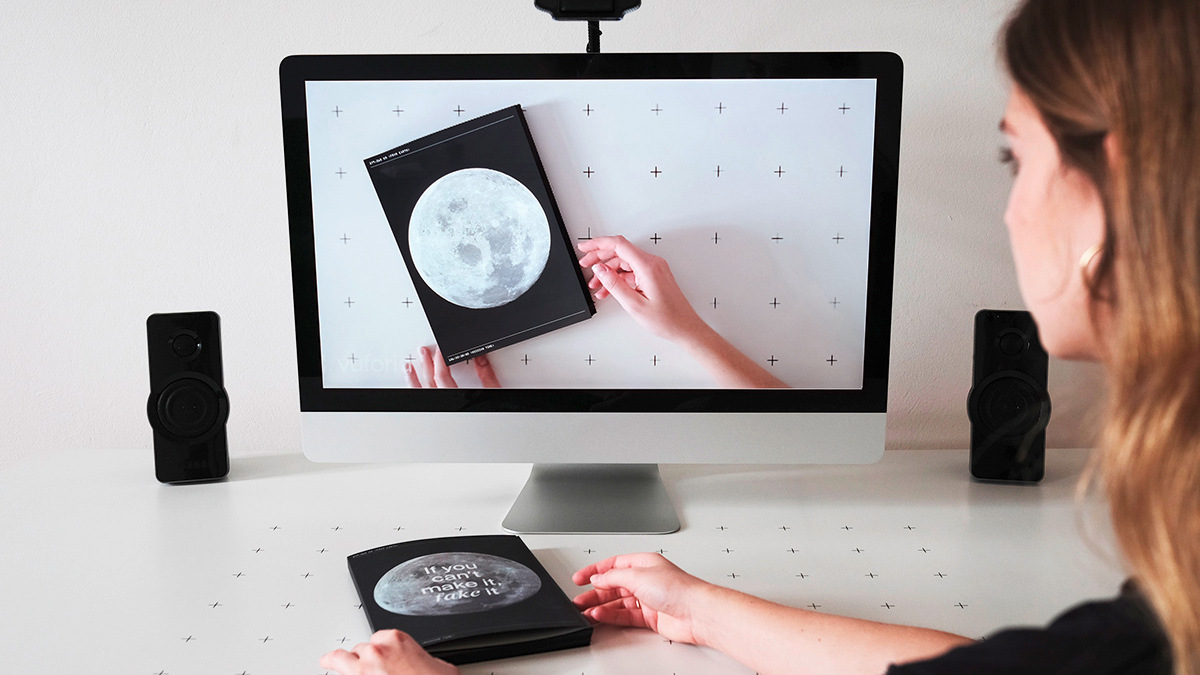 50 years ago, on July 20th, 1969, the first humans set foot on the moon—was it all fake? Since then, numerous conspiracy theories have accompanied the mission of Apollo 11. The bachelor project Augmented Conspiracy by Stella Friedenberger uses Augmented Reality to show a reversible figure between original and counterfeit and plays with possibilities of manipulation.

In 1976 the previously unsuccessful author Bill Kaysing published his book We Never Went to the Moon: America’s Thirty Billion Dollar Swindle and thus founded the conspiracy theory about the Apollo moon landings. In former times supporters of alternative facts rather stayed among their own kind but since the 1990s they are forming global networks on the internet.

During the past decades an entirely new infrastructure of perception, communication and coordination emerged. Our life increasingly translocates into the digital. We are frequently watching the world surrounding us through smartphones, tablets and other technical devices; one could almost say we are continuously developing a new sense—some kind of daily extension of our awareness. What effects does digitization have on the organization of our lives but also on social realities as well as the shaping of public opinion? How do perceptual habits change in times of the Internet of Things and which challenges come along with it?

When we say “There it is in black and white!” than it is not only about printer’s ink but principally about the plausibility of a classical printed medium like a book. When something is literally printed “in black and white” we have a naturally tendency to rely on it. But when it happens that a digital image is displayed into our analogue environment it triggers the very reverse. Just imagine it would be exactly the opposite—when the digital layer would supplement reality or would even have the potential to provide more truth than the analogue reality. In Augmented Reality the analogue and the digital world go hand in hand and this picture is not only an interdisciplinary niche but most of all it is a romantic vision within an current spirit of time. How much technology can reality bear? How much reality can technology bear? Is there some kind of balance between digital and analogue? Perhaps the digital future will not immediately replace the analogue past but what if, for now, it takes it on a journey? Yesterday and tomorrow are one.

This Augmented-Reality-book-installation emerged as a bachelor project in Communication Design/Editorial Design at Burg Giebichenstein University of Art and Design Halle and just got nominated for Giebichenstein Design Award in the category “Best Communication.” As an installation it was primary seen in exhibitions but could also be issued in libraries and book stores. An intended release would require a mobile app version, to be able to experience the interaction between analogue and digital also at home through your smartphone or tablet. 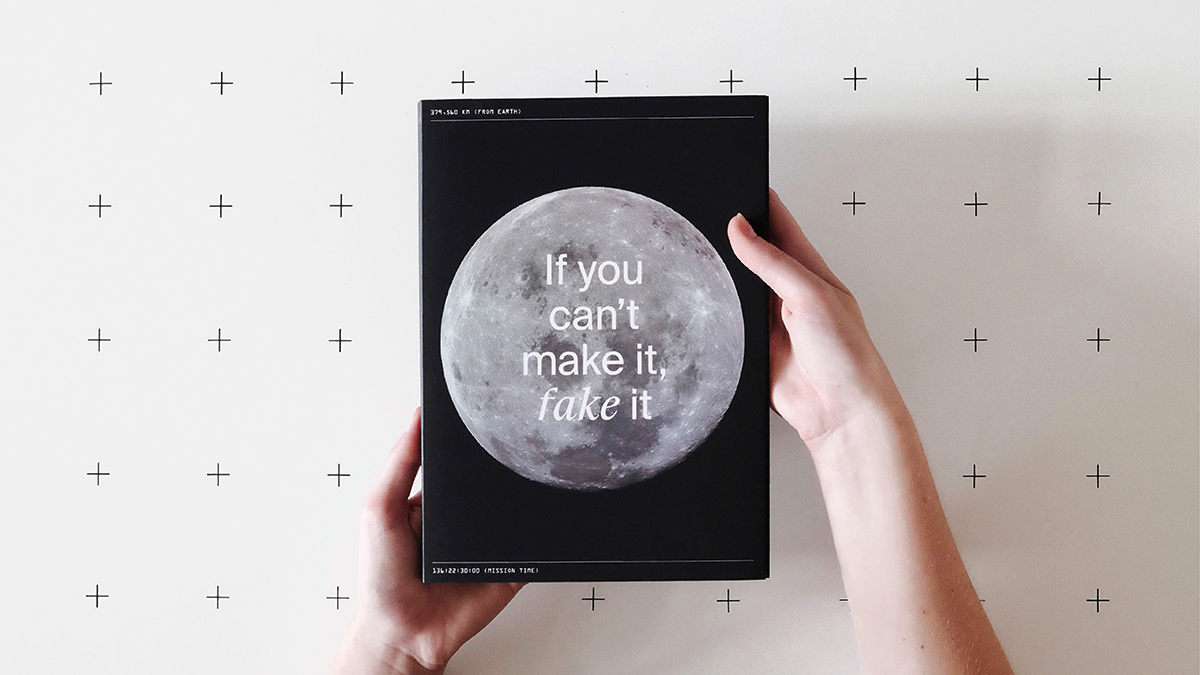 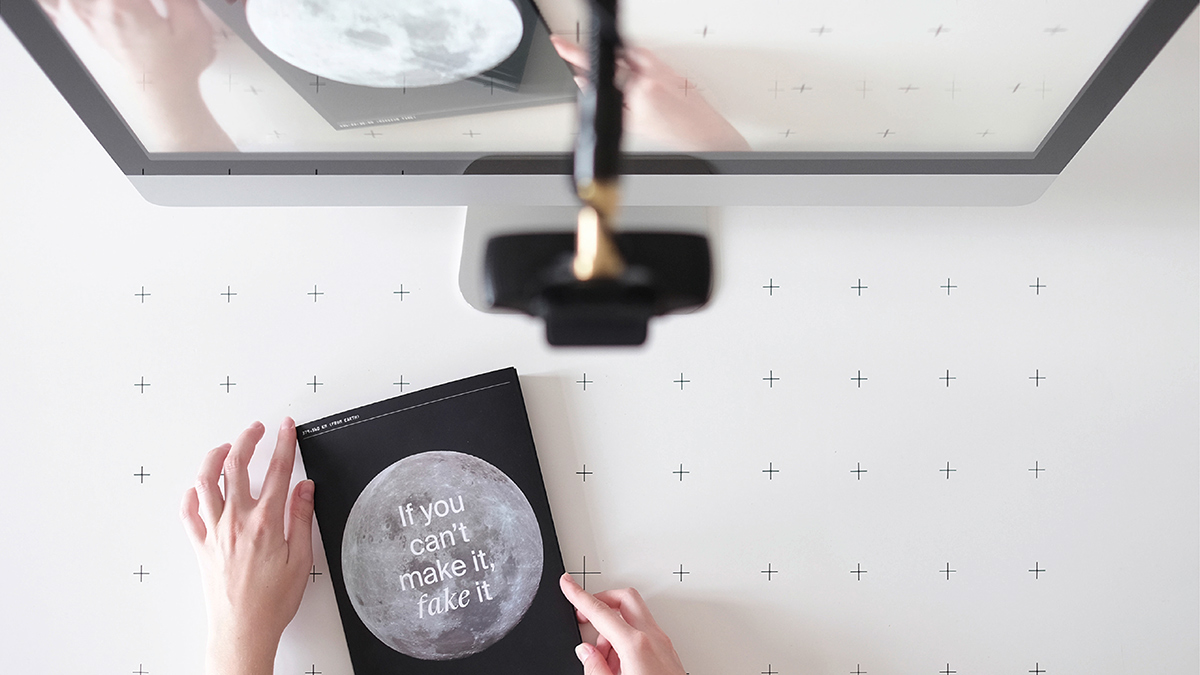 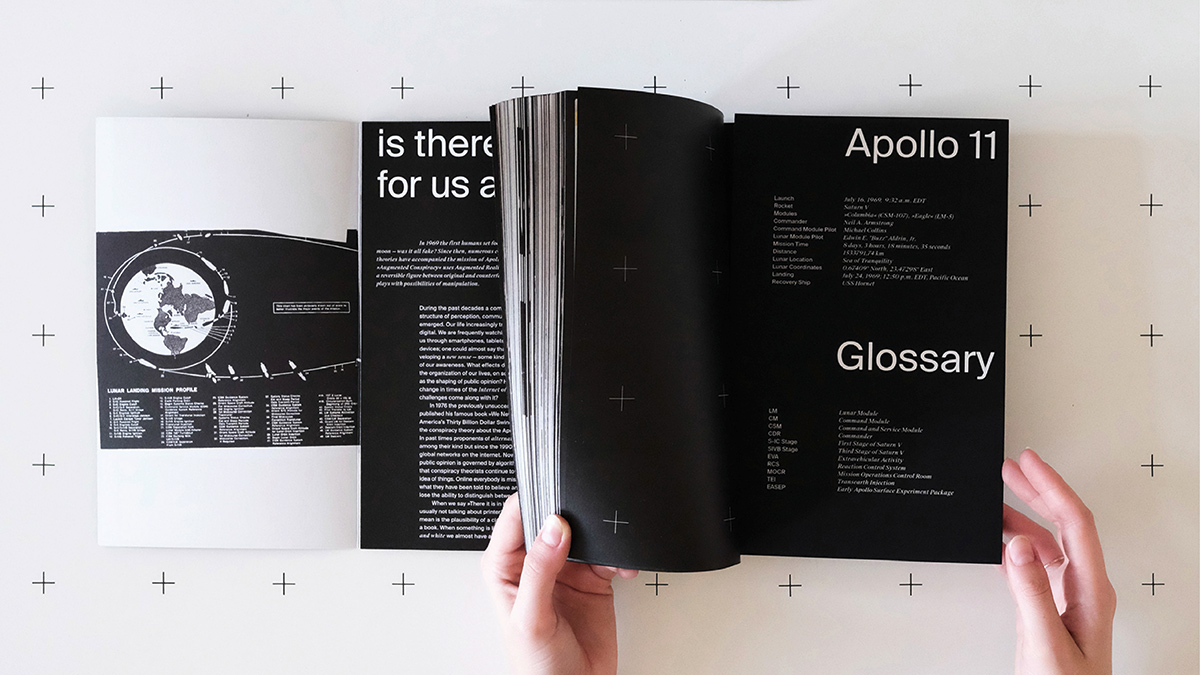 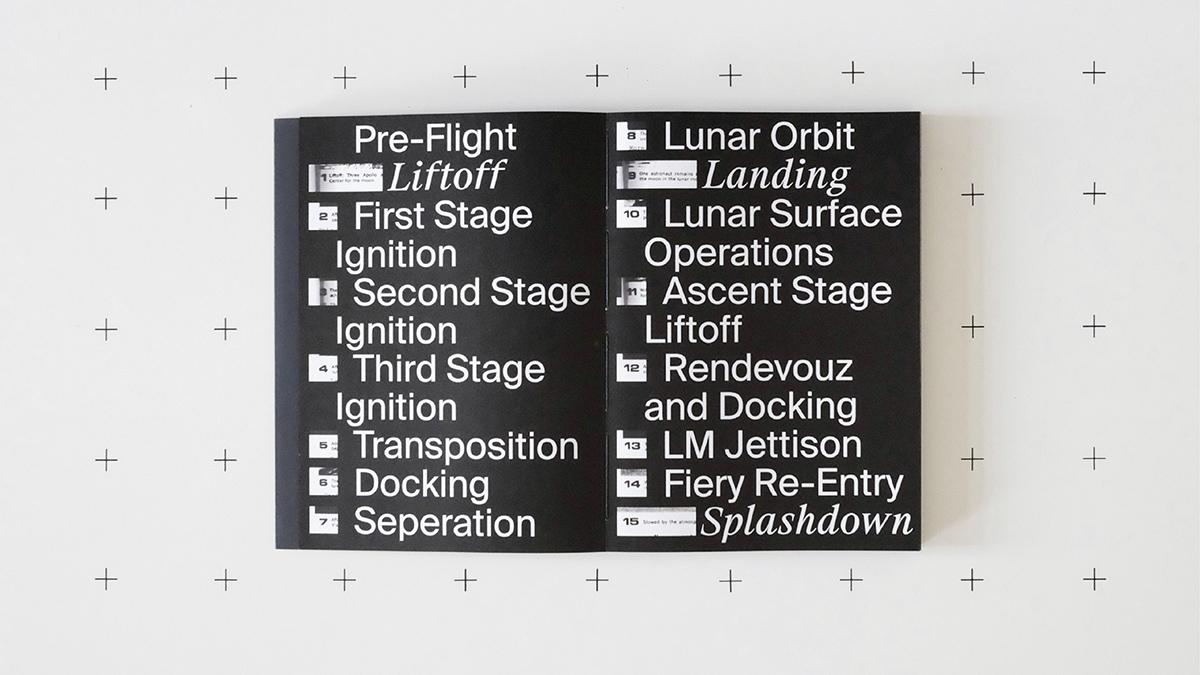 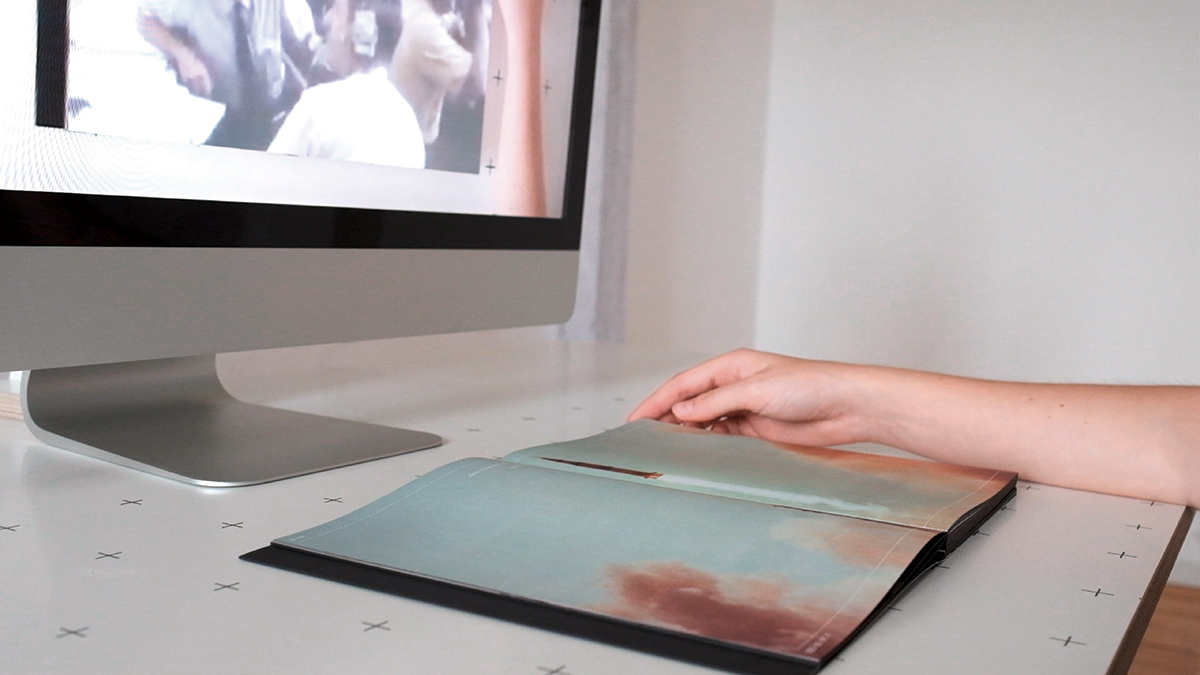 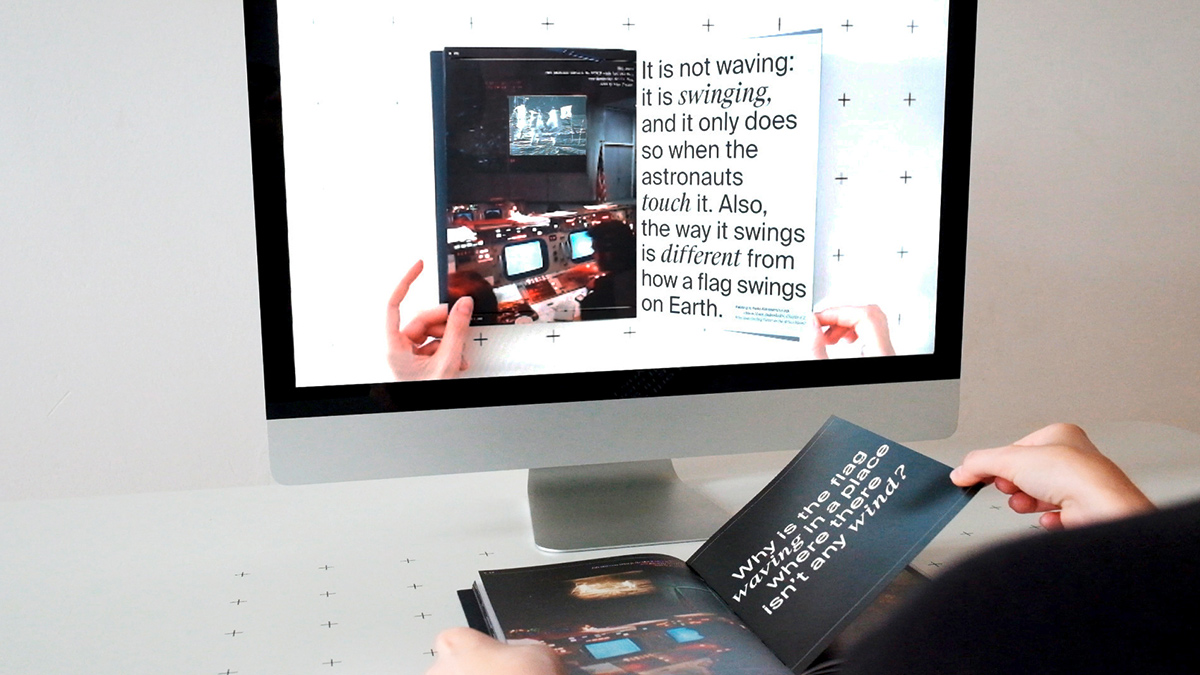 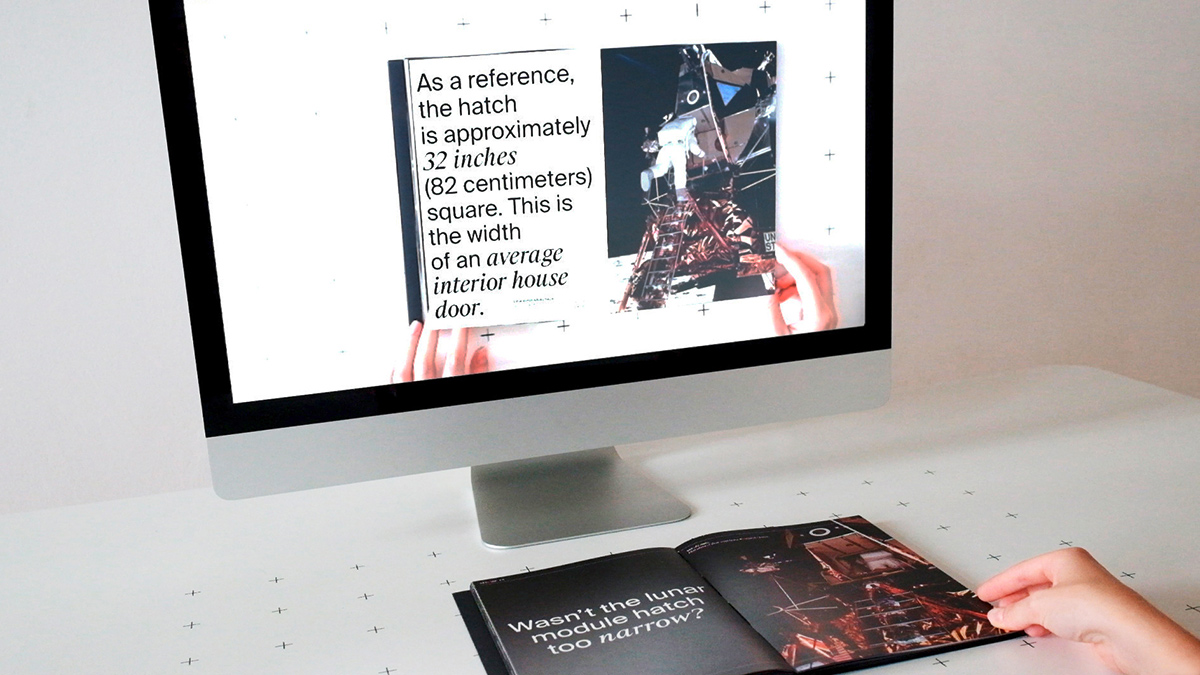 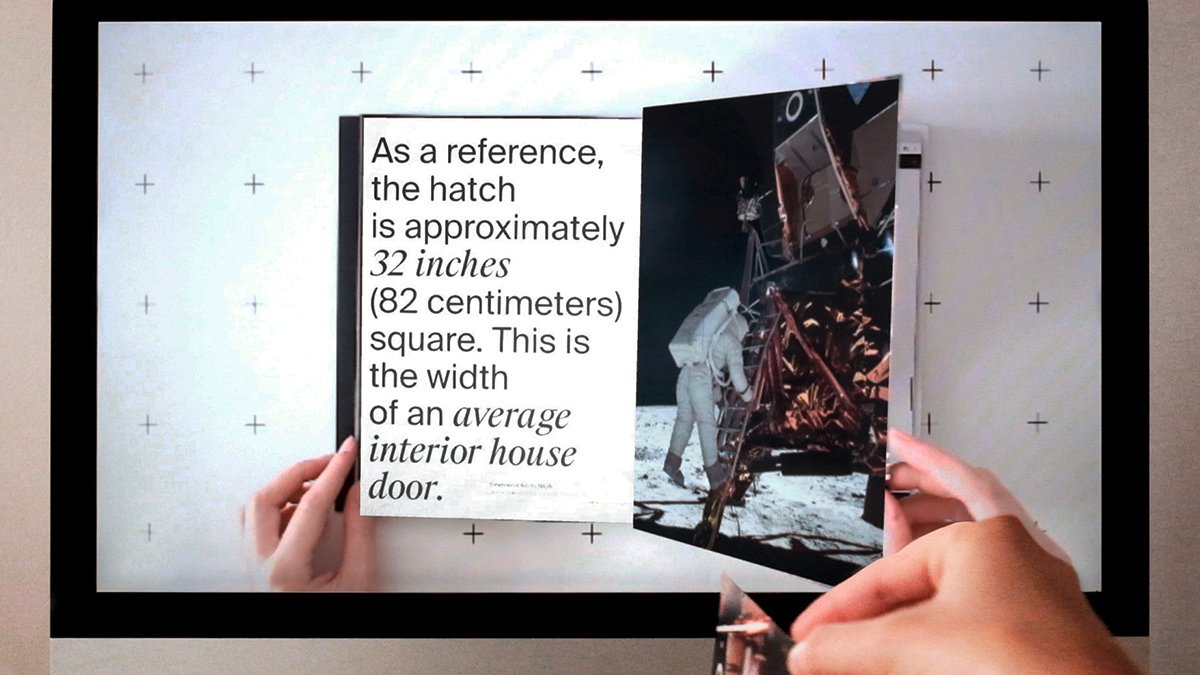